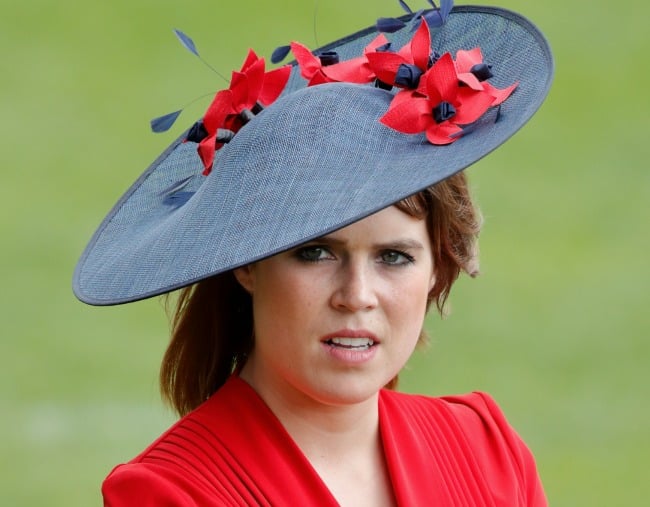 It might seem odd to feel sorry for a person who’s been born into Royalty yet has precisely zero chance of ever having to do any actual ruling.

Just four months after her cousin, Prince Harry, married a Hollywood actress in front of a global television audience of more than two billion, Princess Eugenie‘s nuptials have been unceremoniously snubbed by Britain’s biggest broadcaster.

According to The Mail on Sunday, the BBC has declined to air the 28-year-old’s nuptials due to predicted low ratings.

The paper quoted a source who claimed that the Princess’ father, Prince Andrew, attempted to broker a deal with the national broadcaster but was ultimately rejected.

“The BBC was approached because they have a special relationship with Buckingham Palace and a formula that works,” the source reportedly said.

“But they turned it down because they don’t think enough people will tune in and that there isn’t enough support for the [York family].”

While the network has not commented on the reason for the snub, it has confirmed it will be airing select news clips of the October 12 event.

“There will be news coverage of the wedding across our services,” a spokesperson told Express UK.

Sky will do the same.

It’s not yet certain if another network will swoop in and pick up the broadcast, or if Royal watchers will be left in the dark. Either way, according to The Mail‘s source, the Royals ain’t happy.

“The feeling at the Palace is that the BBC has dropped the ball,” the source reportedly said. “At the end of the day this is going to be a huge Royal Wedding, with all the senior members of the Royal Family in attendance. But nobody wants to take the risk and spend the money it would cost to put it on air.”

Princess Eugenie announced her engagement to entrepreneur Jack Brooksbank in January, whom she had been dating since 2010.

The ceremony is due to take place at Windsor Chapel - the same venue that hosted the wedding of Prince Harry and Meghan, Duchess of Sussex. (a.k.a. the most-watched Royal wedding in history.)

An afternoon reception will follow, to be hosted by the Queen at Windsor Castle, after which the bride and groom will have an intimate evening reception at Royal Lodge, the York family home.

Like her cousins, Princess Eugine and her new husband will take part in a carriage ride around Windsor. Again, that's not expected to pull quite the crowd that the new Duke and Duchess of Sussex managed.

The senior royals attend any number of events that are not broadcast to the public. I'm pretty sure they won't be losing sleep over not having the cameras in their faces at this wedding. The York family may have different feelings on the matter (if Prince Andrew has been trying to shop things around, it would suggest they want the publicity), but certainly I don't think that would apply to the majority of those senior members in attendance.

I think it basically all comes down to Prince Andrew supposedly demanding his daughters are treated on par with their cousins as grandchildren on the sovereign, which is ridiculous given how far down the line they are and the fact they don't undertake royal duties (which he is also thinks they should do and receive funding for). He doesn't see why they wouldn't be as popular and why the hordes wouldn't turn out for a public spectacle for the wedding of a "princess of the blood".

To be honest, they would be better off having a private wedding and just releasing pictures.

Your comments are on the mark, but I would have watched it as I like to see what everyone is wearing and because weddings are usually a very happy occasion, unlike most of what is happening in the world. However, if Andrew and Fergie want this lavish affair for their daughter, then they should stump up for the security and not the tax payer.

Yeah, same. I've watched other European royal weddings via web streams and they're always interesting for one reason or another - usually to European ones are a bit more exciting because the guests rock up in tiaras.