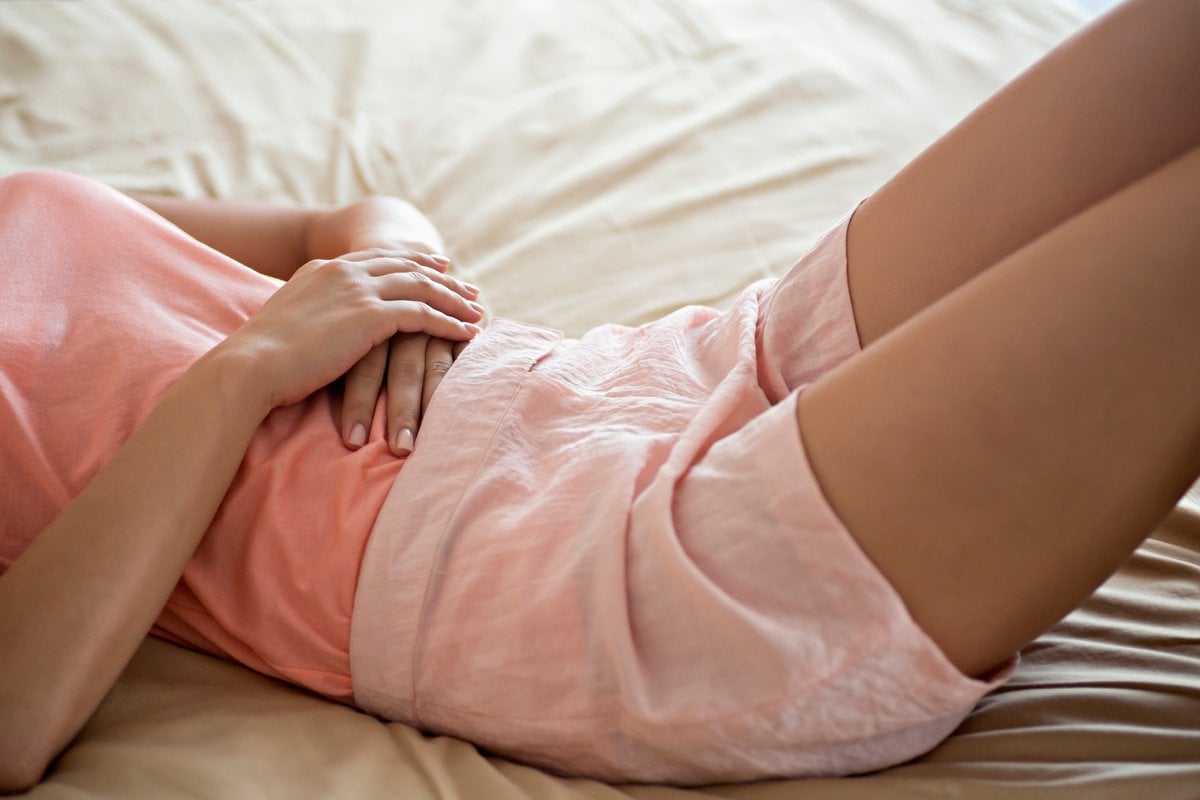 It's a fact universally acknowledged that when you fall pregnant, you become acutely aware of just how insane the female body is. Especially after pregnancy.

Ever heard of this? It's basically the feeling of a baby kicking inside your stomach when you're... not pregnant.

While it sounds like something out of a Sci-Fi movie, it's actually a very common thing that happens to both women who have experienced childbirth and miscarriage.

Chrissy Teigen recently shed light on her experience of phantom fetal movements, after she suffered a miscarriage last September.

Listen to this episode of Get Me Pregnant! where we cover the difficult and emotional topic of miscarriage. Dr. Manuela Toledo talks us through the facts including why miscarriage occurs and whether it affects your chances of future pregnancy.

Chrissy took to Twitter to share an emotional video of her stomach subtly moving. She wrote, "look at this, I’ll pretend it’s him saying hi – it never stops."

look at this 😩 I’ll pretend it’s him saying hi - it never stops. pic.twitter.com/5FKSE3g8cG

Her followers then reacted to her tweet by sharing their stories of phantom pregnancy symptoms, proving just how many women have felt a fetal movement in their abdomen after pregnancy.

And phantom baby kicks aren't just a thing that happen right after a pregnancy. These little flutters can be felt in your stomach for days, weeks, months, or even years after.

Here, we speak to president of the National Association of Specialist Obstetricians and Gynaecologists, Professor Gino Pecoraro, and ask him to help us break down exactly what's going on.

What are 'phantom' baby kicks?

According to Professor Pecoraro, phantom baby kicks are basically a woman’s interpretation of sensations she can feel within her body.

"These popping, gurgling, bloating and unusual feelings are most commonly associated with a baby’s movements from inside the uterus, but can also be caused by simple things like gas, indigestion, normal gut movement or sometimes as a result of an extremely strong desire to wish to feel baby’s movements," he said.

So, they're not actually real?

"The term 'phantom' is used to describe these sensations when there isn’t an actual pregnancy causing them," confirms Dr Pecoraro.

Why do 'phantom' baby kicks happen?

"While these feelings may be caused by gut activity and the normal muscular contractions (called peristalsis), they have also been attributed to the unusual psychosomatic condition called pseudocyesis," he said.

To save you from a frantic Google search, pseudocyesis is basically the medical term for a 'false pregnancy'.

"This is where a false belief that a woman is pregnant can be manifested by symptoms of pregnancy, as well as objective clinical manifestations such as an increasing abdominal size."

Pseudocyesis can literally cause someone's brain to not only think they are pregnant but also show the signs and symptoms of pregnancy.

According to Professor Pecoraro, "This psychological condition may be as a result of an intense unmet desire to be pregnant in situations where it is either not possible or not happening as fast as [a person] would like."

Is it normal to feel this after a baby has left the womb?

Yes - apparently it's common to feel teeny flutters months or even years after childbirth - so don't worry, you're definitely not alone.

Professor Pecoraro said that while most women report a sense of loss of these kinds of movements after the baby has been born, some women report a continuation of these feelings.

"This situation has been likened to when children report being able to feel the waves around them and as though they are bobbing in the surf, after having spent a long day at the beach - even though they are on dry land."

If they occur, keep in mind that phantom kicks are very normal and can have a wide variety of causes. There's generally nothing to worry about, but if you have any concerns, it's best to check in with your GP and make sure everything is okay.