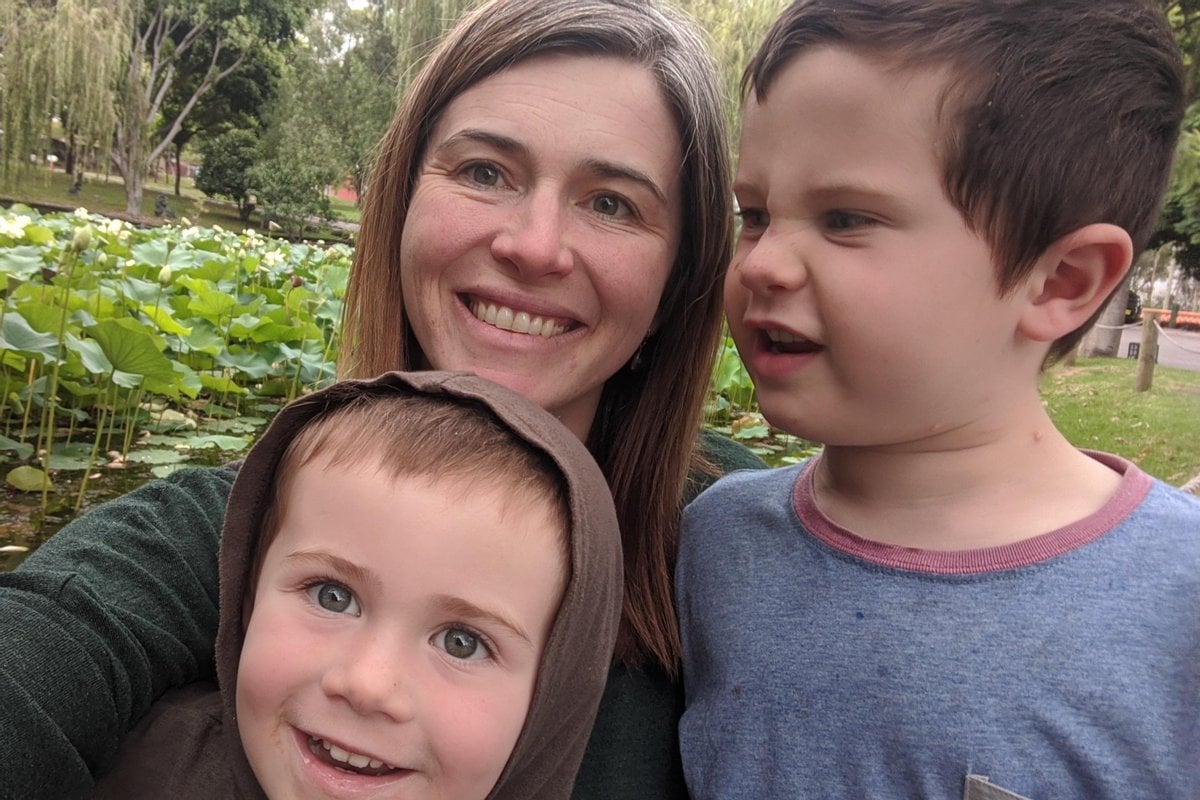 As a mum of three, I still remember vividly after having my first baby, the feeling of being tricked somehow along the way.

My close friends and family members had never really told me the truth. Why had no one warned me? Was I weird, or were mothers everywhere conspiring to keep us from knowing just how hard this stuff really is?

Eight years later, let me tell you why no one tells you the truth about motherhood.

While you're here, watch the video below about the lies every mum has told. Post continues after video.

As a mum of three boys, now aged four, five and eight, my newbie parenting days are behind me. Sure, I’ve got a long way to go, but it’s safe to say I’ve moved on from those early train wreck days of newborn sleepless nights and the "what on earth just happened?" confusion of being a new mum.

So when my friends have their first babies and ask me why no one (including me) ever told them what motherhood was really like, here’s what I say.

You never would've believed me.

And I probably did try to tell you. You might’ve listened to me drone on about how bone-achingly tired I was, about the vomit-covered clothes and the constant demands 24/7, and the daydreams of a quiet cup of tea alone, but you probably didn’t really believe me when I tried to explain just how hard it was.

Like the memes say, motherhood is the job with the most demanding boss, the worst working conditions, and absolutely no pay. But no one seriously believes it’s that hard. Surely we wouldn’t all keep signing up if it really was? 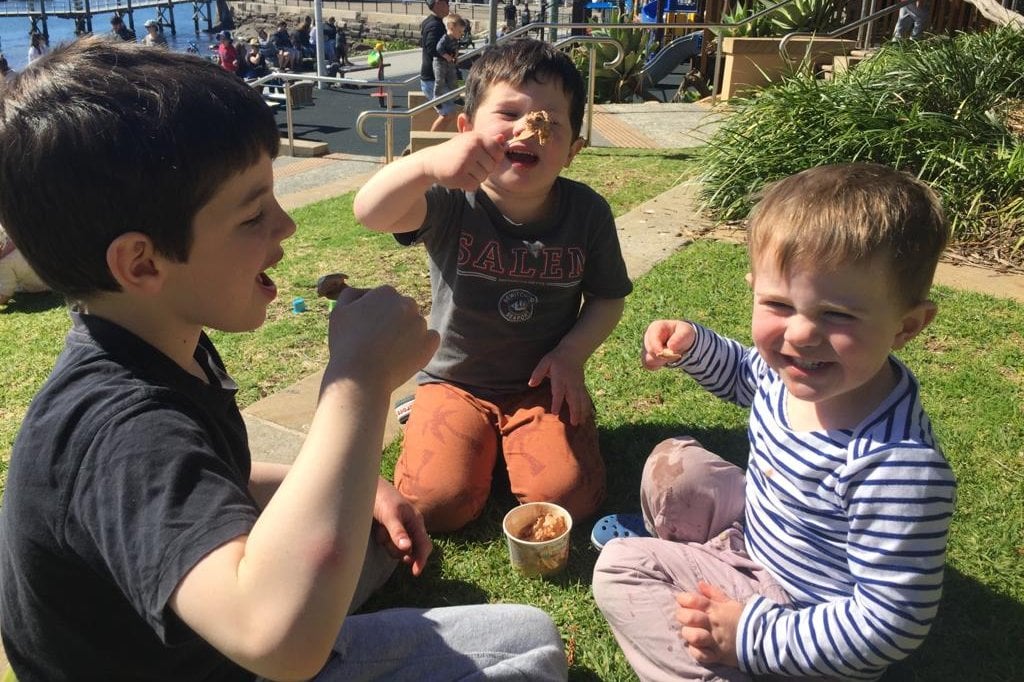 When I used to hear my friends with kids talk about sleep deprivation, I never really understood what they meant. "Sure, I can get up a bit in the night if I have to, what’s the big deal?" I thought. Ha. I never really believed that four hours of sleep in a row could feel like high-quality sleep nirvana to a sleep-deprived mum.

You can’t believe it until you’re living it, as it really is like nothing else.

I didn't want to be a downer.

I see you over there, looking all glowy with that beautiful baby bump. Do I want to be the one to burst your happy pregnancy bubble? Nuh-uh.

A wanted pregnancy is a precious thing, and especially treasured when the journey to make it that far has been rocky. No one wants to be the friend raining on your pregnancy parade with talk of just how hard it will be, how tired you’ll be, or how your life/body/relationship will never be the same again.

Instead, we let you have your time in the sun. Daydreaming about meeting your first little baby, planning for their future, buying all the things, folding and refolding tiny onesies.

On Mother’s Day this year, I spent a beautiful sunshine-filled day with my three boys. But like every day of parenthood, it was a day of ups and downs, taking the good with the bad, and always expecting the unexpected.

So when I was driving home, and my five-year-old started to loudly vomit all over himself and the car, I wasn’t surprised. This kinda fun comes with the territory.

Don’t be fooled by the perfectly placid babies on Instagram or featured in your friends' newborn photoshoots. Motherhood isn’t picture perfect. 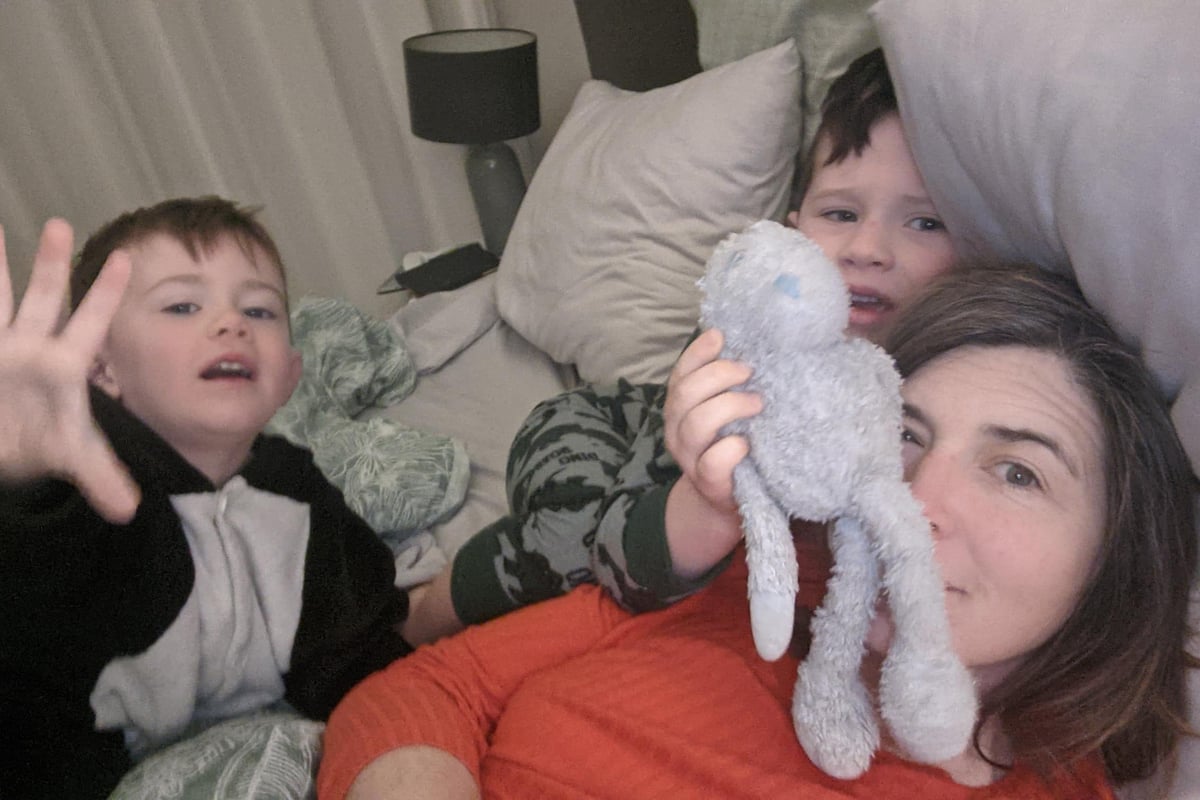 You’ll start to think nothing of getting (insert bodily fluid here) all over yourself, and you’ll wonder at how this tiny human can cause so much chaos.

It’s a beautiful mess, and at times the magic will take your breath away, but please don’t go into it thinking every day will be the stuff of grid-worthy moments and colour-coordinated outfits.

When my first baby was born in 2013, I thought maybe I was doing it wrong. Between getting the hang of breastfeeding, recovering from birth, and getting what felt like zero sleep, I started to doubt myself.

Surely other people found it easier than this?

As I asked for advice from those around me, read the baby books and tried to find the answer to making motherhood a breeze, it slowly dawned on me. None of us knows exactly what we’re doing, everyone has an opinion on everything, and we all do things differently. There’s no secret formula for making it easy.

Listen to This Glorious Mess where Leigh and Tegan are joined by Mia Freedman to share her golden rules for parenting. Post continues after podcast.

We never used to have to be told about the reality of motherhood, because we would have seen it firsthand.

When the norm was to have many generations under the one roof, we’d have seen our family members having babies and the reality of being a mum. But we also would have shared the load and taken our turn to look after the baby, letting the mum have a much-needed rest.

So try to build your own version of a village around you when your baby comes and say yes when people offer to help.

Even just having someone hold the baby for 10 minutes so you can have a shower will feel like gold dust. And asking for help never means you’ve failed. You’re not meant to do this alone. None of us are. 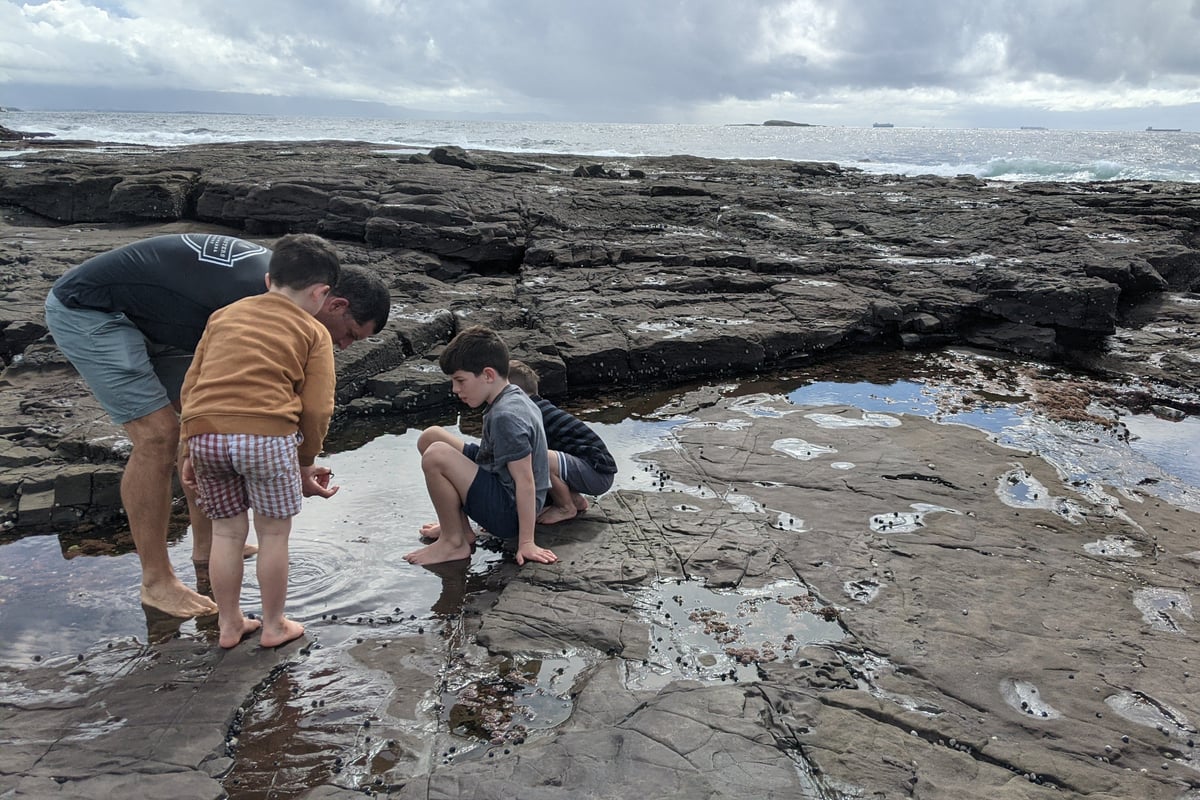 Sorry for not telling you the truth, but I promise - you’ve got this.

Reply
Upvote
Thank you for writing this. When I had my son 16 months ago, I felt exactly the same way for the first few weeks. I thought I had been tricked and lied to by all the other mums saying motherhood was the best thing ever. I found myself thinking I had made a huge mistake. And it wasn't just the sleep deprivation or the breastfeeding or nappies or all the things I was expecting, but the complete loss of my former life. From big things like dropping my career, to small things like not being able to dress the way I used to, keep the house as clean as I would like, cook the food I used to, maintain my interests and hobbies - everything changed for me, and that was hard, particularly as very little changed for my partner. I wish other mothers had talked about this more instead of perpetuating the motherhood myth, as I felt so ashamed.
N
nicole.reece 10 days ago

Reply
Upvote
1 upvotes
Do you think there is a secret mens business page with articles such as "Fatherhood the blessings and curse of raising children" and "Fatherhood: The hidden truth" and so on and so on...... I feel like Motherhood or being a mother wouldn't be so damn exhausting if it was just Parenthood.... And mothers didn't seem to take on 89% of every parenting, household management day to day responsibilities as they seem to.
News
General
Opinion
True Crime
Politics
Sport
Explainer
Entertainment
Celebrity
Reality TV
Movies
TV
Books
Rogue
Royal
Lifestyle
Beauty
Fashion
Weddings
Home
Wellness
Health
Fitness
Travel
Food
Parents
Before The Bump
Pregnancy
Baby
Kids
Teens
School
Parent Opinion
Work & Money
Money
Finance
Career
Lady Startup
Relationships
Sex
Dating
Separation
Friendship
Family
Real Life
Couples