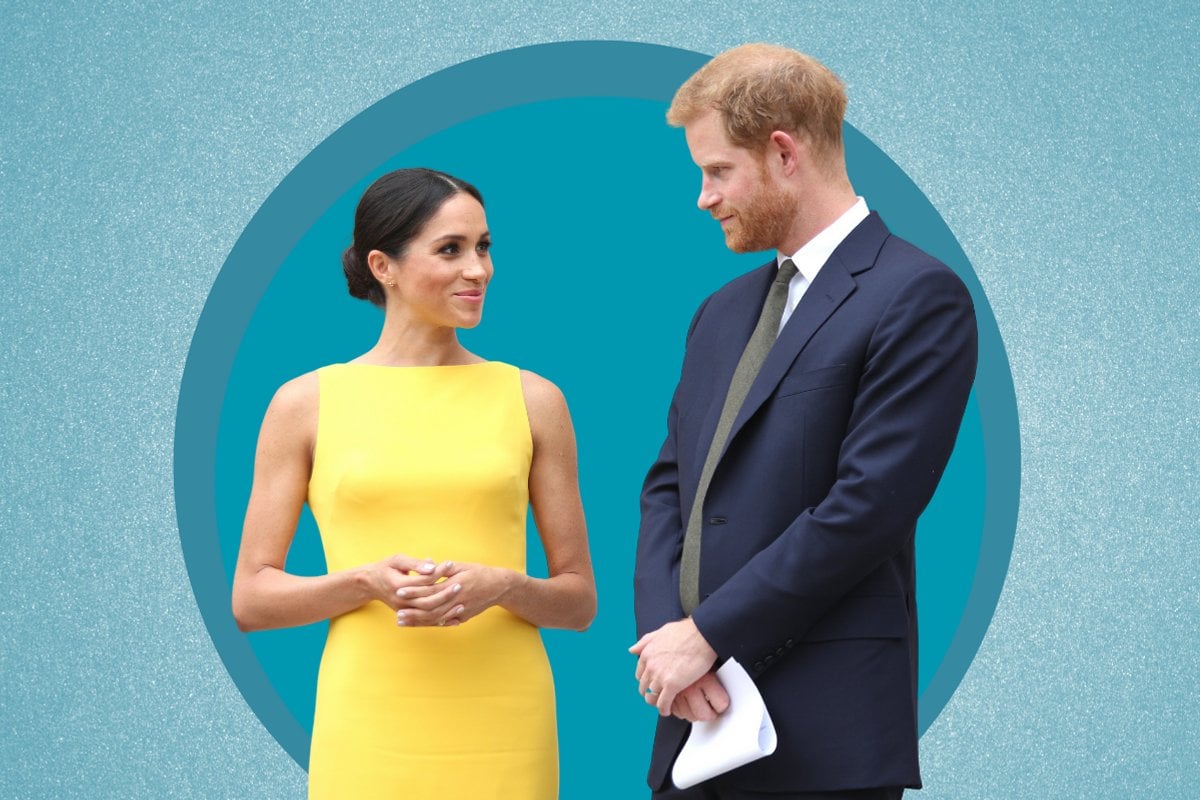 After 12 months of retreating from their royal duties, Prince Harry and Meghan Markle have confirmed with Queen Elizabeth that they will not be returning as working members of monarchy.

The Sussexes sent shockwaves through the monarchy in January 2020 when they suddenly announced they were splitting from the family and embarking on a new future across the Atlantic Ocean - one of the most extraordinary royal exits in decades.

More than one year on, that split has now been formalised after discussions with 94-year-old Queen Elizabeth.

The pair will lose their honorary military appointments and royal patronages which revert to the Queen and will be distributed among other family members.

"The Duke and Duchess of Sussex have confirmed to Her Majesty The Queen that they will not be returning as working members of The Royal Family," the palace said.

"While all are saddened by their decision, the Duke and Duchess remain much loved members of the family."

Watch: Prince Harry on falling in love with Meghan Markle. Post continues below.

Since exiting the Royal Family, Meghan Markle and Prince Harry have forged independent lives from the monarchy and have sought privacy over public duty.

Here's what their last 12 months have looked like for the former Royals.

The Duke and Duchess of Sussex have been embroiled in legal battles with British tabloids over the past two years.

Both Harry and Meghan filed lawsuits against British and American publications for alleged privacy breaches, including over unauthorised photographs of their little boy.

Just this month, Meghan Markle won a privacy lawsuit against two United Kingdom newspapers who she claimed breached her privacy by publishing a private letter to her father, Thomas Markle.

"After two long years of pursuing litigation, I am grateful to the courts for holding Associated Newspapers and The Mail on Sunday to account for their illegal and dehumanising practices," Markle said in a statement.

"For these outlets, it's a game. For me and so many others, it's real life, real relationships, and very real sadness," she said.

Earlier in February, Prince Harry was also awarded “substantial damages” by a UK tabloid who accused him of snubbing his duty with the Royal Marines. 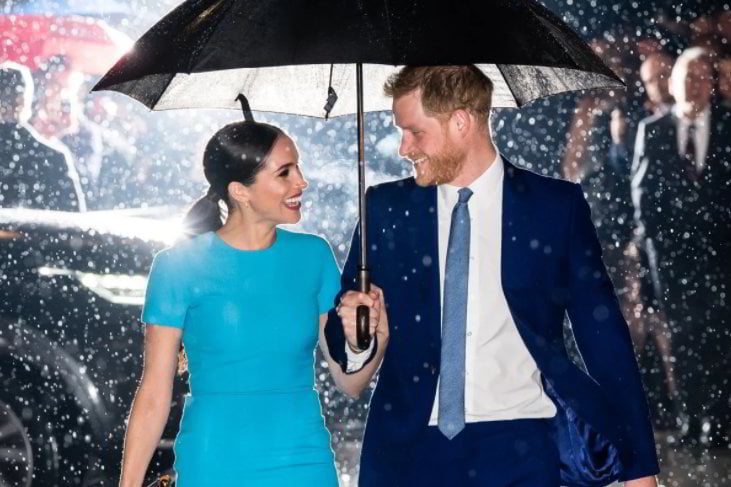 Meghan Markle and Prince Harry have recently had a few wins in court. Image: Getty.

Their move to California.

The couple, who have been married since 2018, have lived in California since March, and before that spent several weeks in Canada.

They initially lived in a mansion in Beverly Ridge Estates in the hills above Los Angeles, however moved after paparazzi used drones to illegally photograph their one year old son, Archie.

In July, the couple moved to a new house in Montecito, Santa Barbara County.

According to Vanity Fair, Meghan and Harry bought a 9-bedroom, 16-bathroom home on 7.4 acres of land for $14.7 million and did not receive financial help from Harry's father, Prince Charles.

A source told People in August that the Duke and Duchess "have settled into the quiet privacy of their community since their arrival and hope that this will be respected for their neighbours, as well as for them as a family". 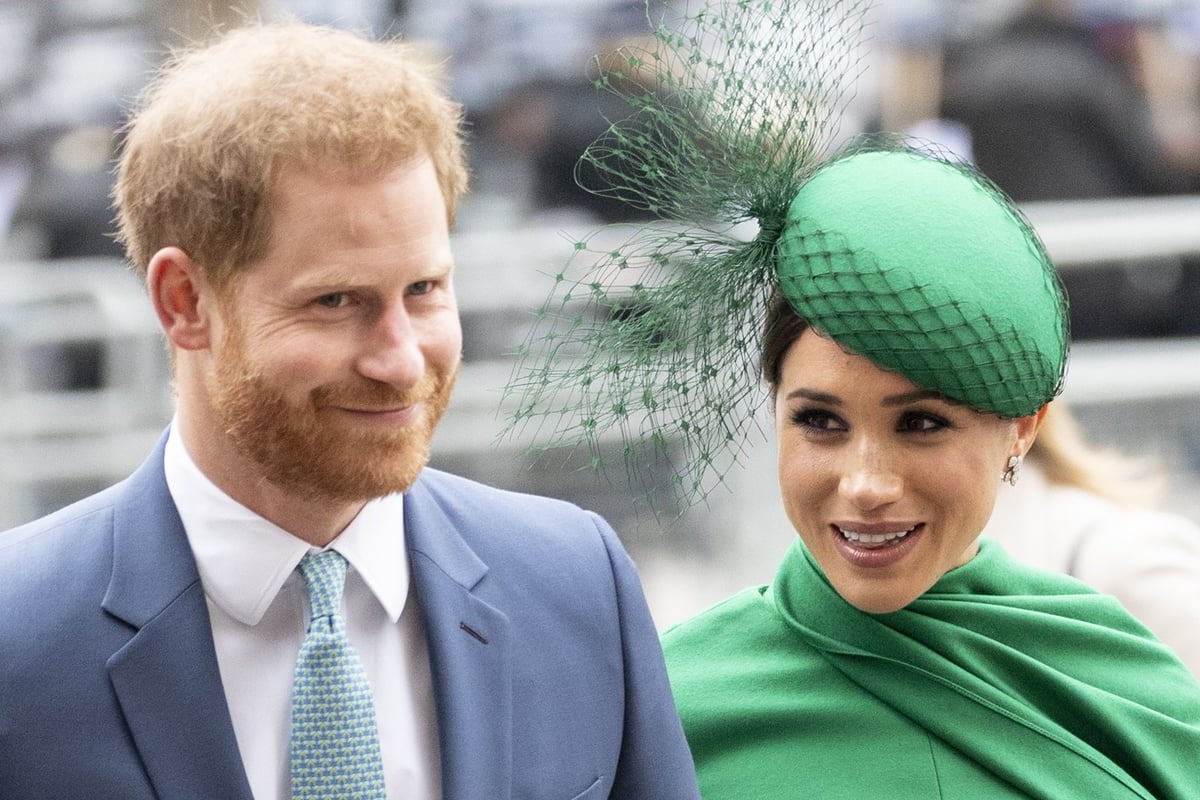 After leaving the Royal Family, the Duke and Duchess of Sussex said they planned to become financially independent - which they have since accomplished.

Markle's first role was a narration job on Disney's documentary, Elephant. The former Suits actress has since signed a deal with Netflix, alongside her husband, that is reportedly worth about $100 million according to The New York Times.

It's understood the couple will be paid to make documentaries, docu-series, feature films, scripted shows and children’s programming for the popular streaming service.

Only one episode of the podcast has been published so far, during which the world heard their son speak for the first time. The first episode also featured guests including Elton John, James Corden, Stacey Abrams and Naomia Osaka, all of whom reflected on 2020 and the power of compassion.

Evidently, the couple are planning on carving out their career in the entertainment space.

In November 2020, Meghan Markle revealed she had suffered a miscarriage in a heartfelt personal essay for The New York Times.

"After changing [Archie's] diaper, I felt a sharp cramp. I dropped to the floor with him in my arms, humming a lullaby to keep us both calm, the cheerful tune a stark contrast to my sense that something was not right," she wrote.

"I knew, as I clutched my firstborn child, that I was losing my second."

The 39-year-old said she hoped that by publicly sharing her heartbreak she would encourage more people to ask their loved ones, “Are you OK?”

On Valentine's Day, Meghan Markle and Prince Harry announced they are expecting their second child. 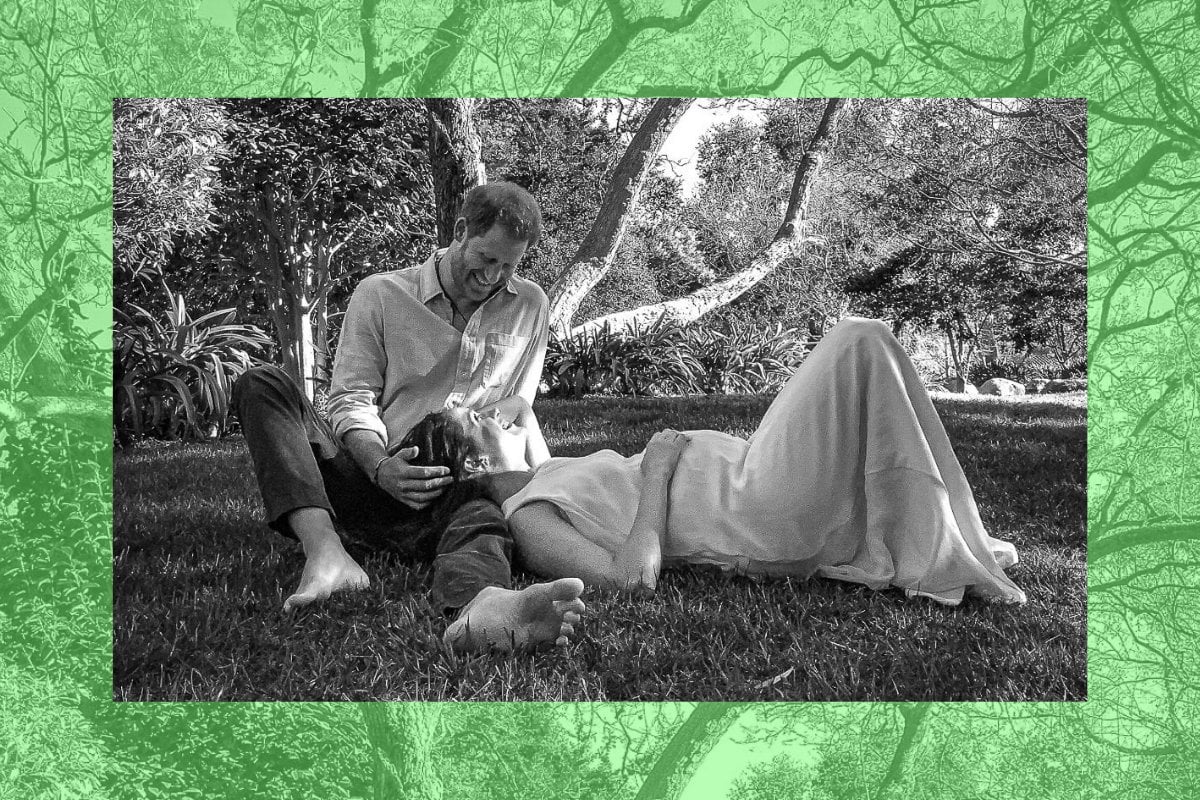 "We can confirm that Archie is going to be a big brother," a spokesperson for the couple said. "The Duke and Duchess of Sussex are overjoyed to be expecting their second child."

Their first son, Archie Mountbatten-Windsor, turns two in May.

Reply
Upvote
Spring green is not really her best colour in my opinion.
I'm thinking more autumnal tones would be flattering.
Of course they don't read my pearls of wisdom since MI5 blocked my messages.
Ah well, their loss ;o)
kiwicat 9 days ago

Reply
Upvote
2 upvotes
I'm so bewildered by the commentary around this. There seems to be some kind of question about their right to choose how they live... huh? Seriously?
Is it only that Harry used to be a royal that we think we have some say over this that we don't have over other humans? They are not indentured to anyone! His service is above criticism - the Invictus Games alone is incredible work, and he has done so much more.
Any moaning about taxes  is pathetic. It's been well offset by growing up in front of the whole world and being fodder for our entertainment, gossip and speculation.
Good luck to them and their little family, I wish them joy and peace, and yes, success.
guest2 8 days ago

Reply
Upvote
2 upvotes
@kiwicat  The Invictus Games was started in the USA and Harry (no doubt with a bevy of assistants) started a British version, which to his credit as been a great success.  He  is not an indentured servant, but a member of the Royal Family with all of the associated privileges and wealth.  But, they are not expected to trade on that connection (which he and Meghan are doing) for personal gain.  If he doesn't want the responsibilities associated with being a royal prince, he can and perhaps should, give up his royal titles and live as Mr Harry Mountbatten Windsor, free to do whatever he wishes.
chrissyinthemiddle 7 days ago

Reply
Upvote
2 upvotes
@kiwicat But they aren’t just going off and living their new lives in peace are they? They are making demands to keep the perks and prestige of their old job and selfishly creating unnecessary stress for Harry’s family (especially his elderly grandparents). They are doing this very publicly. Bullying and disrespecting elderly family members is not admirable behaviour.
The court documents in the privacy case against ANL revealed that M&H contributed to the book Finding Freedom. That book is very unkind towards his once beloved brother and sister-in-law (look at old photos of the 3 of them together). Then compare photos of them all at last year’s Commonwealth Service.
They signed a deal with Netflix which grossly invaded the privacy of his family primarily his deceased mother (The Crown TV Drama Series). They are doing a televised tell-all interview with Oprah that may further invade the privacy of Harry’s family.
They ask for privacy, compassion and kindness yet do not show the same respect to others. If there is one word that sums up the reason for their negative commentary it is ‘hypocrisy’. Glaring hypocrisy runs deep with this couple. Thinking people will look at the facts and call that out. This is what is happening.
News
General
Opinion
True Crime
Politics
Sport
Explainer
Entertainment
Celebrity
Reality TV
Movies
TV
Books
Rogue
Royal
Lifestyle
Beauty
Fashion
Weddings
Home
Wellness
Health
Fitness
Travel
Food
Parents
Before The Bump
Pregnancy
Baby
Kids
Teens
School
Parent Opinion
Work & Money
Money
Finance
Career
Lady Startup
Relationships
Sex
Dating
Separation
Friendship
Family
Real Life
Couples