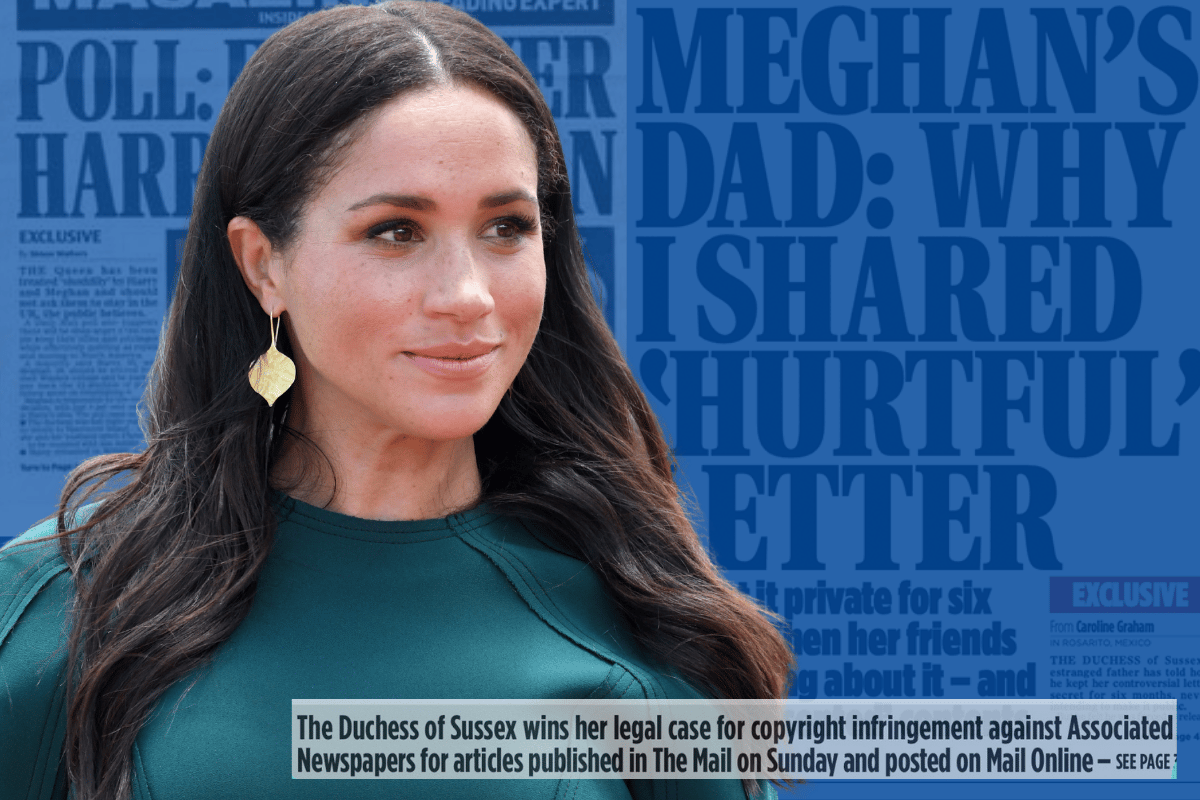 This year, Meghan Markle celebrated a legal victory over the British tabloid press, taking on The Mail on Sunday for breaching her privacy.

The matter is in relation to the publishing of Meghan's "personal and private" letters sent to her father, Thomas Markle, soon after her marriage to Prince Harry in 2018.

Soon after Christmas, one of the quietest times in newspaper print sales, The Mail on Sunday decided to quietly issue a court-ordered apology to Meghan. But the public's response to the apology has been anything but quiet.

Unfortunately for Meghan, harassment and trolling, from both the public and media, became a normality once she was part of the British royal family. She was even told she was the "most trolled person in the entire world".

When the couple first started dating, Harry issued a rare public statement, pleading to the media and the general public to stop the "wave of abuse and harassment" and "outright sexist and racist comments" against Meghan.

"It is not right that a few months into a relationship with him that Ms. Markle should be subjected to such a storm. He knows commentators will say this is 'the price she has to pay' and that 'this is all part of the game.' He strongly disagrees. This is not a game: it is her life and his."

Whether it was the horrific coverage, the constant comparisons between Meghan and Kate Middleton or the leaked stories from the institution itself, it's fair to say Meghan has copped a lot.

In the past 24 hours, over 120 negative articles have been published about Meghan Markle across four British news websites. On the other hand, 'dignified Kate' has been celebrated for "carrying on". #MeghanAndHarry #MeghanandHarryonOprah https://t.co/7JujiLSInM

In 2019, Meghan said the abuse she received was almost "unsurvivable".

"What was able to just be manufactured and churned out, it's almost unsurvivable," she said on the Teenager Therapy podcast. "That's so big, you can't even think of what that feels like. Because I don't care if you're 15 or 25, if people are saying things about you that aren't true, what that does to your mental and emotional health is so damaging."

She expanded on this a week later in a discussion at the Fortune Most Powerful Women Next Gen Summit.

"For my own self-preservation, I have not been on social media for a very long time. I made a personal choice to not have any account, so I don't know what's out there, and in many ways that's helpful for me," she explained. 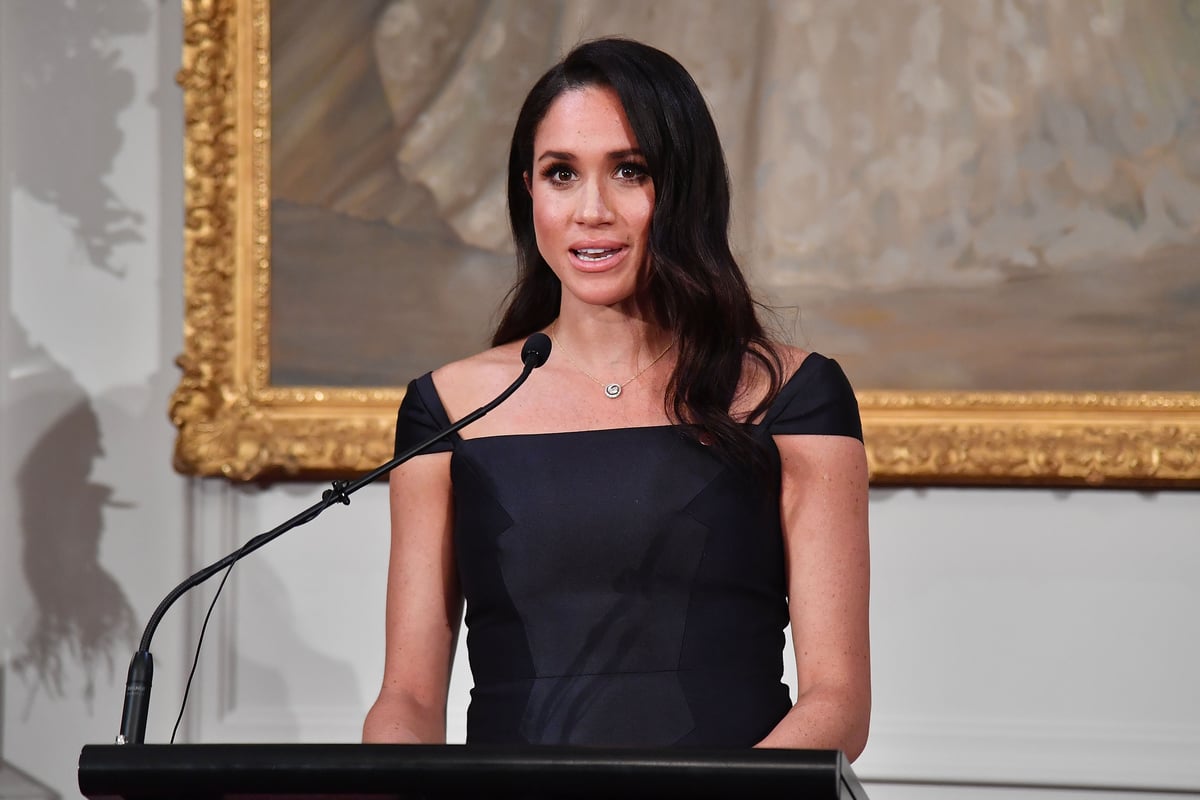 Image: Getty. In a study conducted by The Guardian in 2020, 43 per cent of headlines published about Meghan since 2018 were found to be negative in tone.

With this in mind, Meghan admitted to Oprah she reached a breaking point and was having suicidal thoughts due to the intense scrutiny. It was a sobering admission from Meghan, highlighting the impact of the couple's years-long struggle with the British press.

"I was ashamed to admit it at the time, and admit it to Harry because of how much loss he's suffered, but I knew I didn't want to be alive anymore. That was a very real, clear, constant thought. He just cradled me. I went to the institution and said I needed help, and I was told it wouldn't be good for the institution," she said. 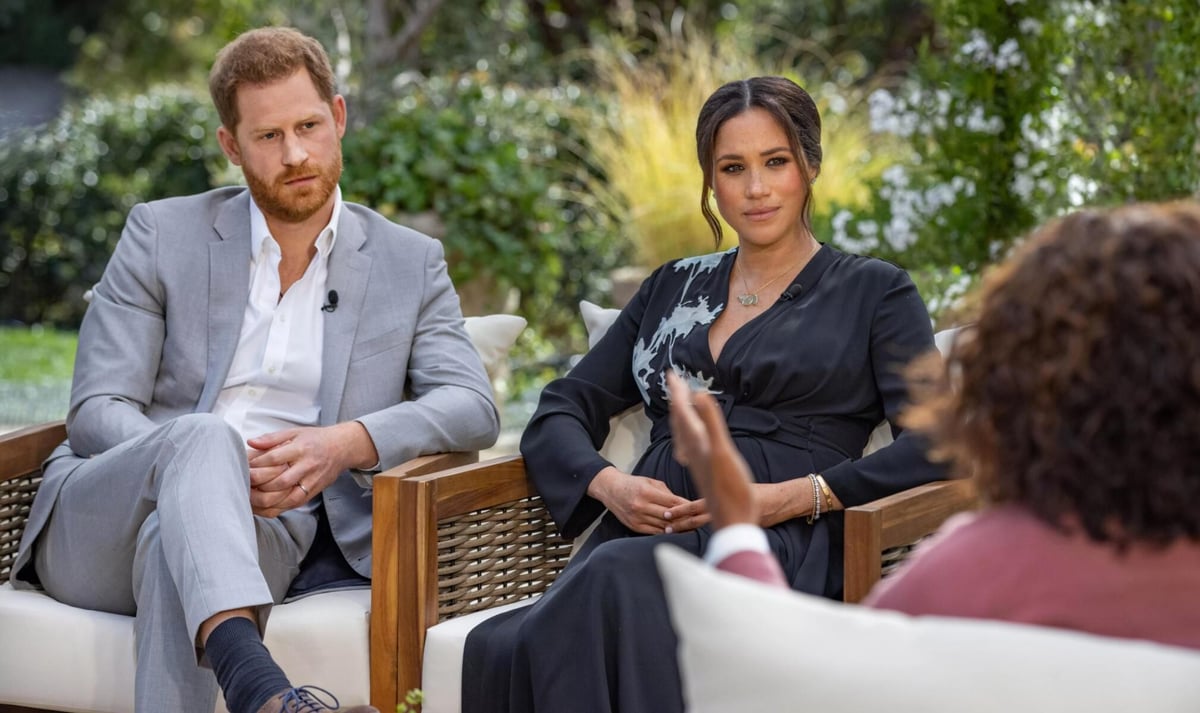 Image: Getty. But in 2019, Prince Harry and Meghan decided to fight back against some of the tabloids and their unethical reporting.

Only a year prior, The Mail on Sunday published a private handwritten letter Meghan had sent to her father, Thomas Markle.

As a result of the privacy violation, Meghan sued the publisher of the tabloid, Associated Newspapers, a court battle which she won.

The court case was ruled in Meghan’s favour, the judge saying: "The Duchess had a reasonable expectation of privacy in the contents of the letter. Those contents were personal, private and not matters of legitimate public interest."

"The articles in The Mail on Sunday interfered with the Duchess' reasonable expectation of privacy and were not a justified or proportionate means of correcting inaccuracies about the letter." 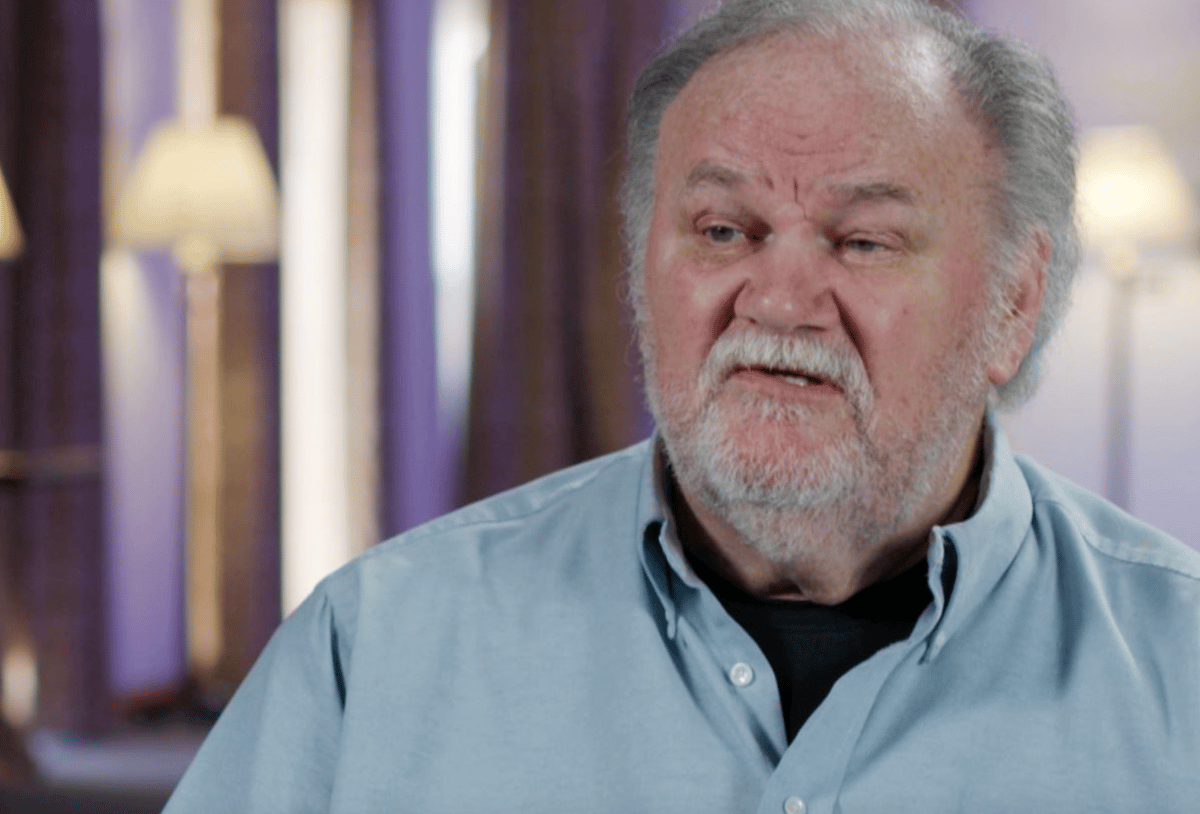 Image: 60 Minutes. As a result, it is reported that Meghan will receive a substantial sum of money, as well as a public front-page printed apology.

So this week, on one of the quietest days for newspaper sales, The Mail on Sunday decided to print their court-ordered apology to Meghan.

As you can see on the bottom of the newspaper's cover, the front page notice reads: "The Duchess of Sussex wins her legal case for copyright infringement against Associated Newspapers for articles published in The Mail on Sunday and posted on Mail Online." 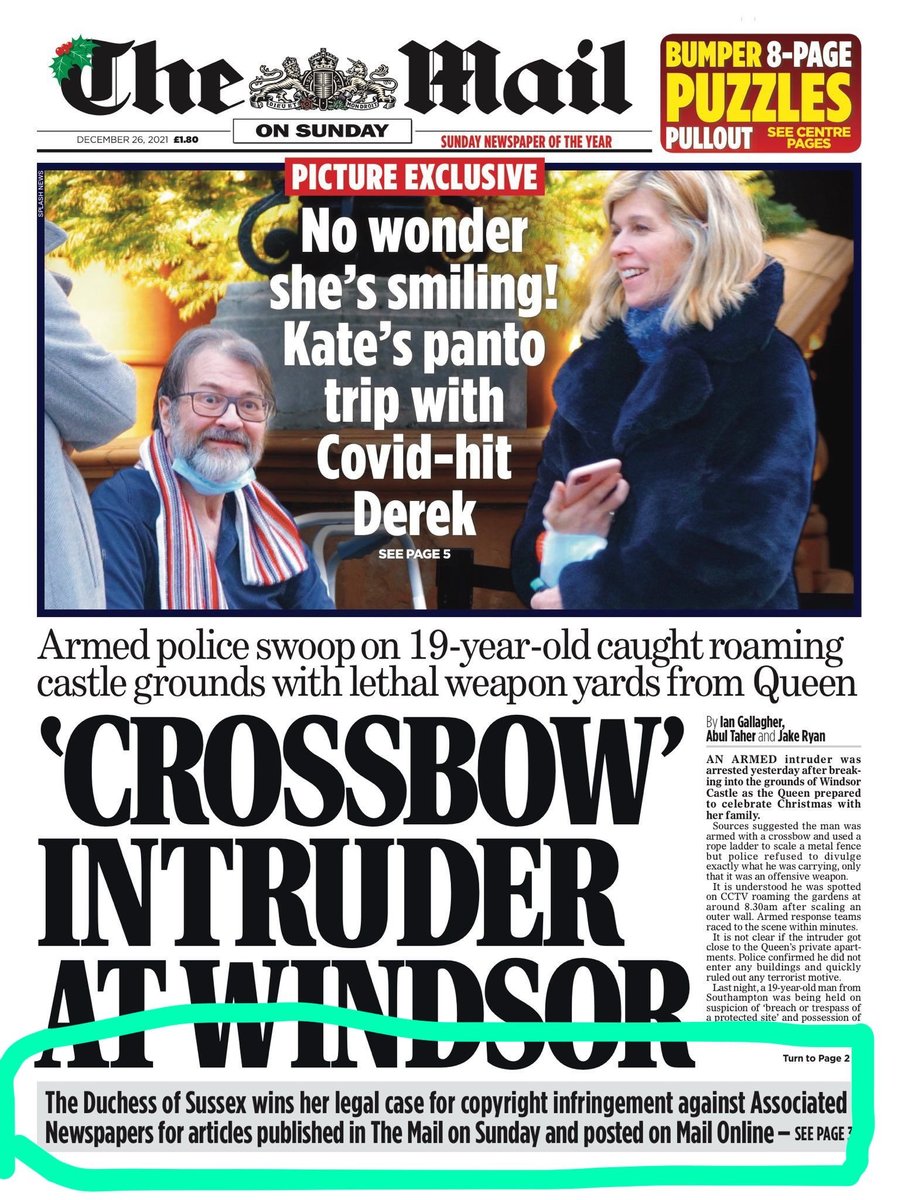 Image: The Mail on Sunday. Inside the paper, the apology continued: "Following a hearing on 19-20 January, 2021, and a further hearing on 5 May, 2021, the Court has given judgment for the Duchess of Sussex on her claim for copyright infringement.

"The Court found that Associated Newspapers infringed her copyright by publishing extracts of her handwritten letter to her father in The Mail on Sunday and on Mail Online. Financial remedies have been agreed."

There has been criticism levelled towards the newspaper for the lacklustre apology.

The Mail on Sunday has finally printed the front page notice it was required to publish stating Meghan Markle won her legal case against them in May.

It's been done on one of the quietest days for newspaper sales.

Make sure it's seen far and wide. pic.twitter.com/86G2OHQK7n

Nowhere will you read the words “we’re sorry” but a small item in the Mail on Sunday includes the phrase “the court found Associated Newspapers infringed [Meghan Markle’s] copyright.” There’s also mention of “financial remedies” being agreed. https://t.co/ygrKmAS8im

In other good Meghan Markle news - she forced the Daily Mail & Associated Newspapers Limited to print on the front page of their newspaper that she beat their asses in court for violating her privacy + copyright while employing poor ethics overall.

In a statement following her big court win, Meghan said this was an important measure of "right versus wrong".

"This is a victory not just for me but for anyone else who has ever felt scared to stand up for what's right," she said. "What matters most is that we are now collectively brave enough to reshape a tabloid industry that conditions people to be cruel and profits from the lies and pain that they create."

Listen to Mamamia Out Loud: What Meghan Markle taught us about in-laws. Post continues after audio.

"In the nearly three years since this began, I have been patient in the face of deception, intimidation and calculated attacks."

Meghan added: "The courts have held the defendant to account and my hope is that we all begin to do the same. Because as far removed as it may seem from your personal life, it's not. Tomorrow it could be you. These harmful practices don't happen once in a blue moon: they are a daily fail that divide us and we all deserve better." 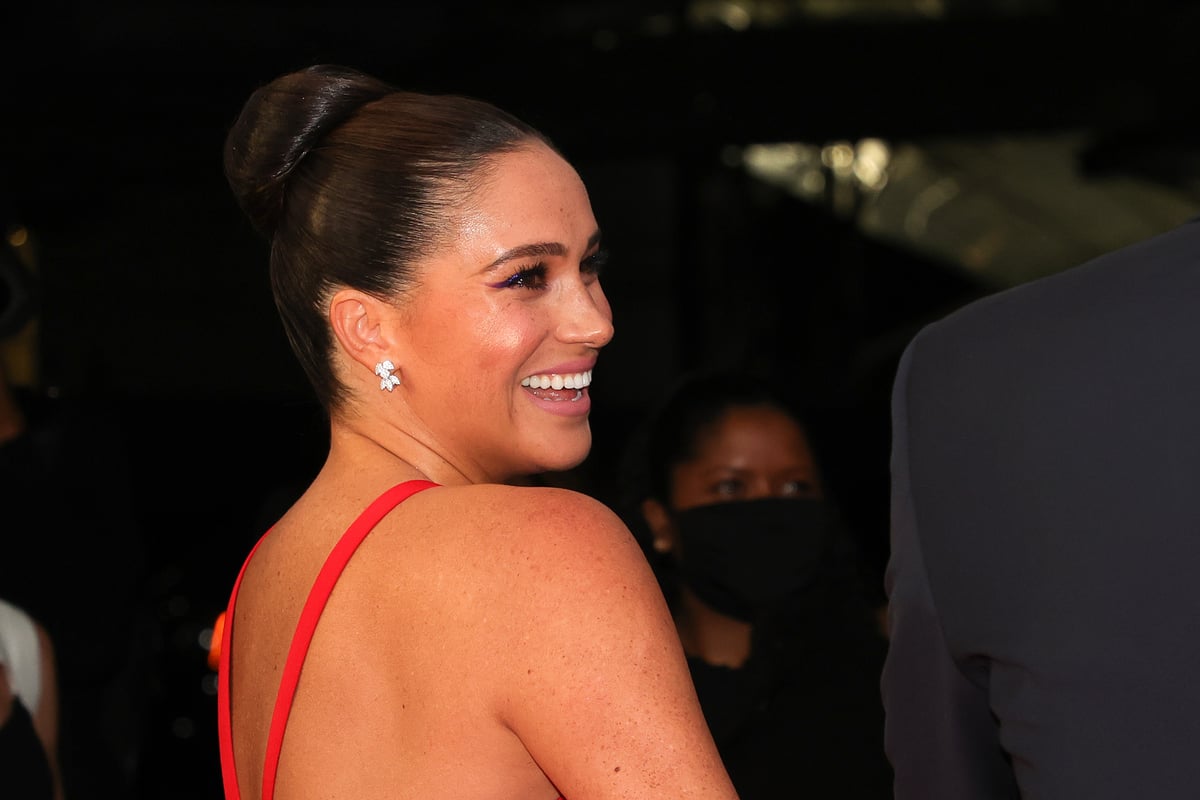 Reply
Upvote
Meanwhile Prince Phillip's will has been sealed from public record for 90 years "to protect the dignity and standing of the Queen". Anyone arguing that Meghan's personal letters are in the public interest & essential for freedom of the press should be campaigning tirelessly for access to Phil's will.

They don't seem to be though.
G
guest2 21 days ago

Reply
Upvote
@guest2 youre right- a will is a public legal document. Meghan's letter is a private communication and therefore subject to the same privacy as you and I have.

The will is an example of the BRF actively suppressing freedom of the press, the letter is not.
H
healthyheights2093 22 days ago

Reply
Upvote
1 upvotes
I think this is a valid judgement, this is not a blow for free speech,  its a great blow for creating smears and innuendos that incite hate.   I think the judge(s) should be applauded.   There is great journalism, good journalism, fed journalism and then really awful social smear campaign journalism - I would prefer true investigative journalism.
M
mamamia-user-482898552 22 days ago

Reply
Upvote
2 upvotes
@healthyheights2093 How exactly is reproducing a letter a "smear campaign"? Remember, this judgement was about copyright law, nothing more. The contents of said letter may reflect badly on the person who wrote it - but in the end, the damage is done by their own words. Similarly, the evidence that might have been tried in a court case, had it been allowed, probably also made Meghan look bad (indeed, much of the stuff that came out of this summary judgement did exactly that). Does "investigative journalism" not include the exposition of evidence? Certainly, it clearly was not evidence that played Meghan in a flattering light - but discovery of negative aspects to a celebrity's character is not necessarily a "smear campaign". It may just be uncovering a truth.
C
cat 22 days ago