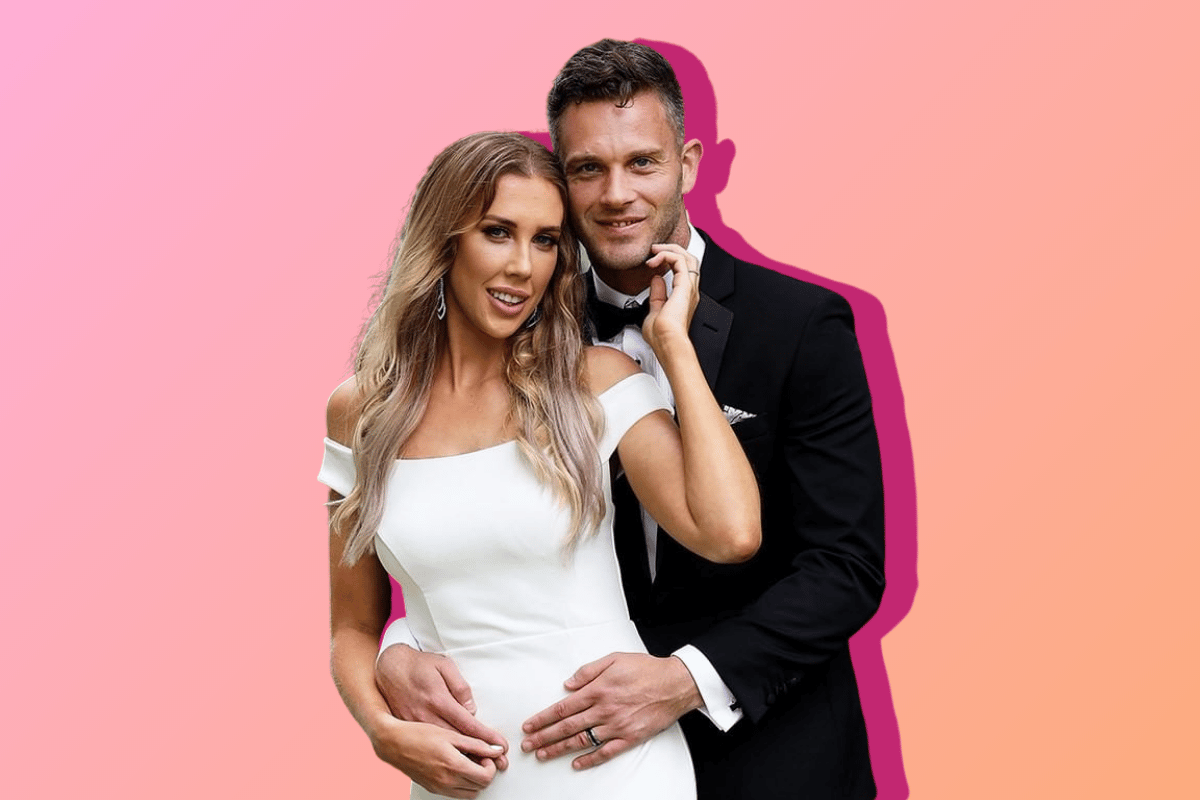 1. Get up to speed on Jake’s rumoured cheating scandal ahead of tonight’s cooked MAFS dinner party.

The MAFS reunion dinner party kicks off tonight. And it already looks like one hot mess.

Not only are past contestants coming back to reminisce stir up drama, but it also looks like we could have another cheating scandal on our hands. This time between Jake and Beck.

In the trailer for tonight's episode, Jake and Beck can be heard talking about a not-so-secret kiss.

"What happened," one contestant asks Jake and Beck about their relationship.

"Where do we start?" replies Jake.

"I think we start with a kiss Jake, with another bide," said Beck.

"It was the kiss that actually broke the camel's back."

While it's not exactly clear who Jake kissed, it's not the first time we've heard about Jake locking lips with another bride.

Back in March, the Daily Mail obtained a video of Jake sharing a three-way kiss with fellow brides Booka Nile and Beth Moore during a New Year's Eve party in Perth.

And apparently Beck wasn't too happy when she saw the video on Beth's Instagram Stories, even though her and Jake had supposedly broken up by then.

It looks like we'll have to wait and see what happens when the reunion dinner party kicks off tonight at 7:30pm on Channel Nine.

Listen to The Spill, Mamamia's daily entertainment podcast. In this episode, Kee Reece and Keryn Donnelly chat YouTuber Jake Paul, who is under fire for allegations of assault from TikTok Star Justine Paradise. Post continues below.

2. Becky from the Bachelorette’s house very nearly burnt down this week.

Former Bachelorette Becky Miles has shared the "scary" moment that a car fire almost burnt down her home.

In a series of clips on her Instagram stories, Becky explained that her housemate's car caught on fire while they were in the house.

"My housemate's car ended up setting itself alight somehow. I think it must've been an electrical fault or something like that," she explained.

"There was a big fire and so much smoke everywhere. In the end, my car also caught alight. The whole garage was up in flames."

"Amongst all of that, I called the fire brigade. But, I guess the lucky thing is we were home, and we were downstairs because if not... like our whole house could've gone up. And, you know, it's pretty fricking scary."

Becky went on to remind everyone to "check your fire alarms" and have a fire extinguisher handy at home.

"[We're] very lucky that everyone's safe and no one got hurt".

The clips were later shared by the So Dramatic! podcast's Instagram page, along with photos of the wreckage.

We're glad to hear Becky and her roommate are alright!

3. Exactly what Georgia and Liam have said following that hectic final vows breakup.

Last night, during MAFS' second round of final vows, we watched as Georgia and Liam ended their 'marriage'.

During their final vows, Georgia told Liam exactly how he made her feel at the final dinner party. While participating in the honesty box challenge, Liam told Georgia his friends and family would never accept her.

"At the dinner party, without warning, you turned on me. You humiliated me and degraded me in front of everyone. It was clear how humiliated I was, and yet you chose to abandon me that night when I needed you the most," she began.

"You gaslighted me, you manipulated the blame, and you tried to put your insecurities onto me. I know who I am and what I stand for, and I will not accept that behaviour, now or ever."

Despite this, Georgia explained that she was willing to give Liam another chance. However, instead of accepting this, Liam delivered some final, brutal words and stormed out.

"I've never seen this side of you, and I think it's a cop in the face that you say that I've done all this to you when this whole experiment, I have given you everything."

Since these hectic vows were exchanged, both Georgia and Liam have shared their thoughts on social media.

"I'm man enough to know when to admit my mistakes and how I treated you at the final dinner party was not fair to you and not how I wanted to behave as your husband.

"I believed that our connection was strong enough to get us through anything, even when one of us makes a mistake. I know I hurt you in that moment G, but I took our final vows as the whole experiment and not just one night," Liam wrote on his Instagram.

In another post, Liam said: "Making the decision to walk away from something special is never easy.

"However, when you feel like someone has not been their authentic self and then takes the opportunity to put you down for all of your faults without first ever wanting to work through it with you, sometimes you need to recognise that love isn't always enough and some words cut too deep."

"If you love something, let it go. If it returns, it's yours; if it doesn't, it wasn't. If you love someone, set them free. If they come back they're yours; if they don't they never were." #MAFS," she wrote on her social media.

4. Moby has finally made a statement about ‘dating’ Natalie Portman.

Moby has recently discussed the controversy surrounding the remark he made about "dating" Natalie Portman.

To quickly recap, the American musician wrote in his 2019 memoir, Then It Fell Apart, that he took the actress out to drinks and then later kissed her while she was at Harvard University. 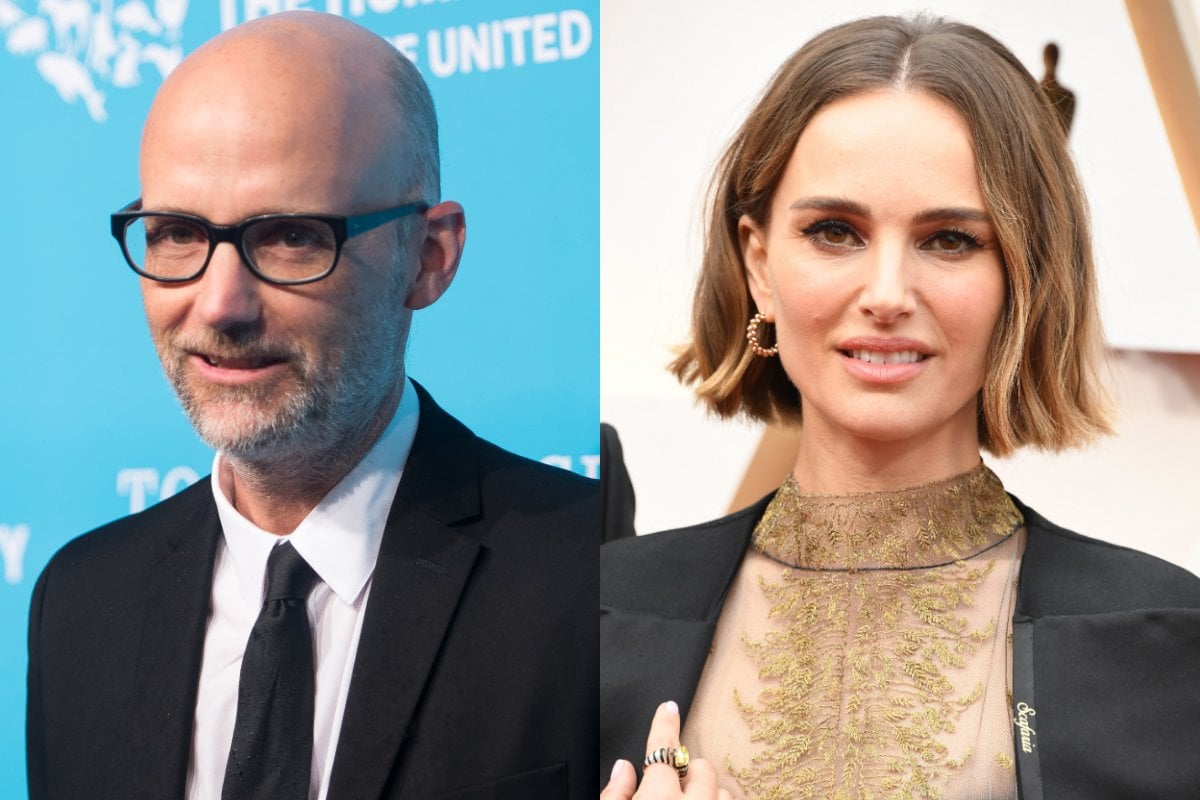 Image: Getty. Portman later responded, claiming it never happened and said it was "disturbing" that he made it up to promote his book.

Now, in a recent interview with The Guardian, Moby is revisiting the whole situation.

"You know, you're asking me to open up such a can of worms…" he began. "There’s no good way to answer: one option is terrible, the other is really terrible."

"So if we were playing chess right now, this is the part where I’d pick up my phone and pretend I’ve got an emergency call," he added.

"A part of me wishes I could spend the next two hours deconstructing the whole thing," he said. "But there’s levels of complexity and nuance that I really can’t go into."

"There is a part of me in hindsight that wishes I hadn’t written the book. But then, sales figures indicate that not that many people actually read it," he ended.

5. Everything that has happened since the MAFS final vows were filmed.

Married At First Sight is definitely a marathon, not a sprint.

Maybe it's even an ultra-marathon. Seriously, this show is... so, so long.

But we're allegedly almost at the end, as the final vows finally took place this week before things wrap up for good with the reunion show on Sunday, April 18.

Get ready to have a whole lot more free time from next week.

We're only just watching the season's last moments on screen now, but of course these things were filmed back in December. Which means in true MAFS fashion, plenty of drama has gone down since.

Here we've rounded up the breakups, set ups and drama that has gone down since the final vows. 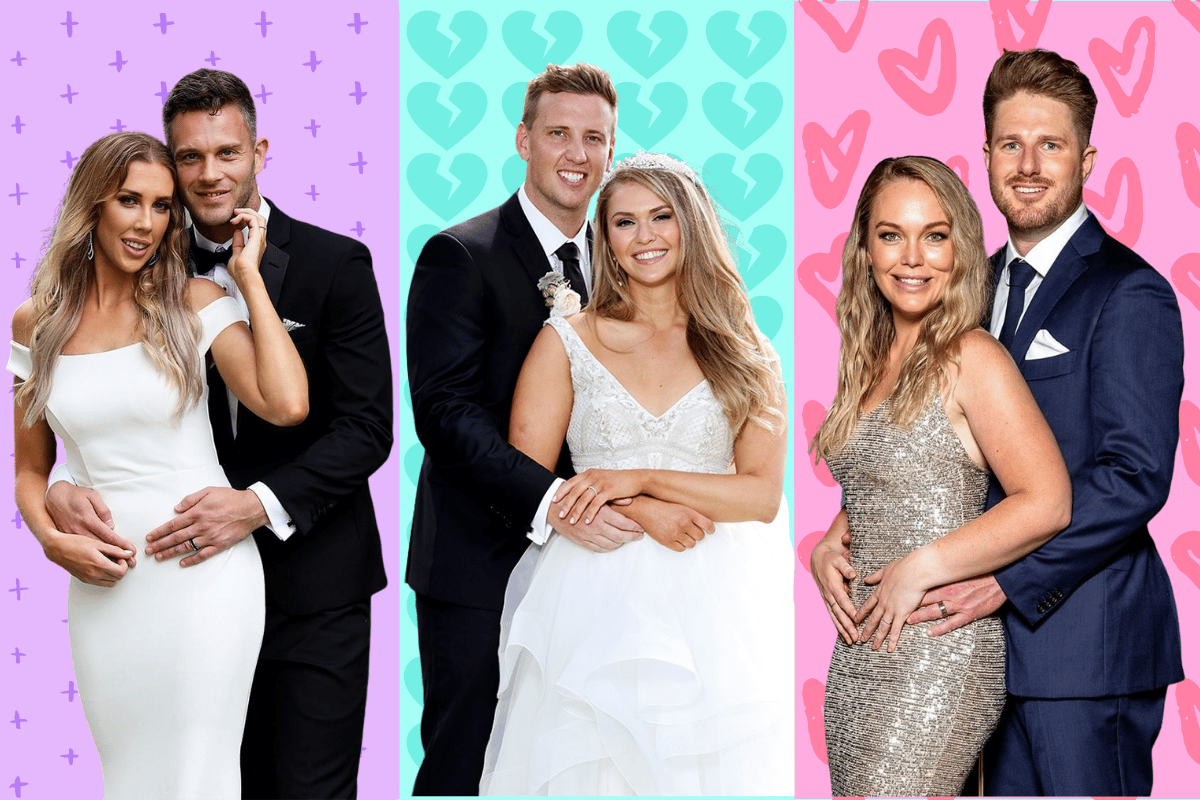 The moment directly after Georgia and Liam's major twist.

We definitely weren't expecting Georgia and Liam's final vows to go down like that.

Liam had professed his love to Georgia, who in her vows accused him of humiliating, degrading and gaslighting her. She said she forgave him and wanted to be with him, but Liam was like... BYEEEE.

When Georgia picked herself up off the checkered floor of whatever Gatsby-style building they found themselves in, this is what happened:

"I was totally in shock. I couldn't even form a sentence and I couldn't process what had just happened because it was quite intense the whole thing," she told 9Entertainment.

"It took me a good five minutes before they kind of took me upstairs and then I just kind of curled up into a ball and cried because, how do you process that? I cared about him so much and we unravelled so fast. How did we get from so great three days ago to here? It was a lot to take on."

For more on what happened after the MAFS final vows, read our earlier article here.