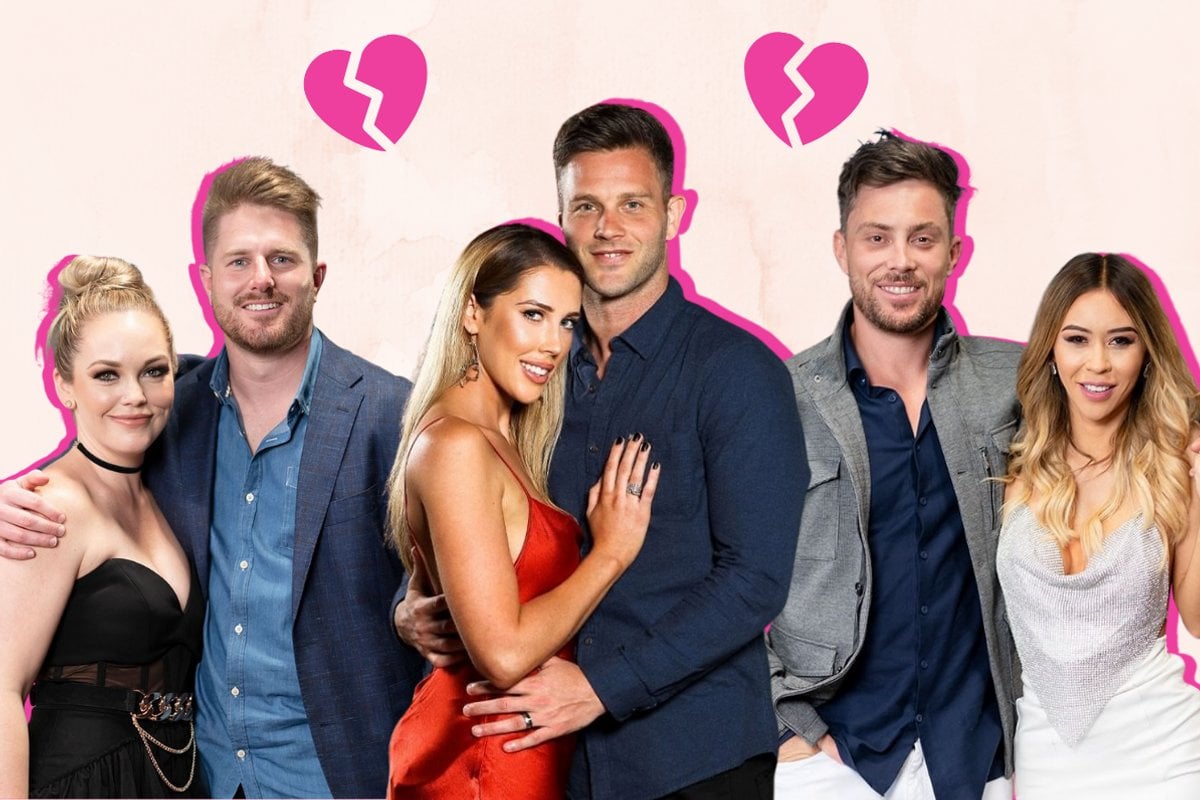 Well folks, we did it.

After a cheating scandal, wine throwing incident and a secret girlfriend, we've finally made it to the last week of Married At First Sight. But we're sorry to say, the drama is far from over.

Just like everything else this season, we know exactly what's going to go down ahead of the final commitment ceremony. And as always, the So Dramatic! podcast has all the tea.

Watch the trailer for MAFS finale week. Post continues below.

While some couples choose to stay together (for the time being at least), others aren't so lucky.

And in a surprise twist, not one but two contestants supposedly change their minds on the day.

Here's exactly which couples stay together at the final commitment ceremony.

Do MAFS Patrick and Belinda stay together?... It's looking good.

Ok, let's start off with the obvious.

According to the So Dramatic! podcast Belinda and Patrick both write stay at the final commitment ceremony, and there's no surprises there.

The couple also seem to last outside of the show too.

Do MAFS Jake and Beck stay together?... Yes, but there's more.

In actual surprising news, Jake and Beck apparently both write stay and choose to give it a shot in the real world.

One contestant told host Megan Pustetto that "they are showing Jake and Beck not getting along very well but by the final vows they were all good and going well."

"They both write stay at the final vows but Beck made it clear that she wanted to start again and start from scratch and get to know the real Jake... He keeps saying that he's not the a**hole, narcissistic person that he's been in the experiment."

However, it looks like the pair don't last long on the outside. In fact, there's a boatload evidence that suggests they've called it quits, including that time Jake kissed fellow MAFS bride Booka Nile.

Do MAFS Johnny and Kerry stay together?... It's very promising.

Also choosing to stay together are intruder couple Johnny and Kerry.

According to So Dramatic!, they are still together today. Cute.

Do MAFS Alana and Jason stay together?... Yes, but there's a twist.

Now for the juicy bit.

While Alana and Jason initially choose to stay together at the commitment ceremony, Megan says "there is a twist".

"Alana actually wrote leave at the final vows. She then heard Jason's final vows and felt guilty so she changed her mind on the spot."

Do MAFS Georgia and Liam stay together?... Yes (at first).

Speaking of changing their mind, Liam apparently writes stay like Georgia but then chooses to leave after hearing how "rude" she was in the final vows.

Liam was supposedly so "shocked" by her vows that he had a change of heart.

"Liam says 'no thanks, based on what you just said you do not know me at all'. He basically tells her 'umm hell no, f*** off'."

Do MAFS Bryce and Melissa stay together?... Yes *sigh*.

Unfortunately, Bryce and Melissa both choose to say together at the final vows. And we honestly have no words.

The pair are still together today and there's a tonne of evidence that proves it.