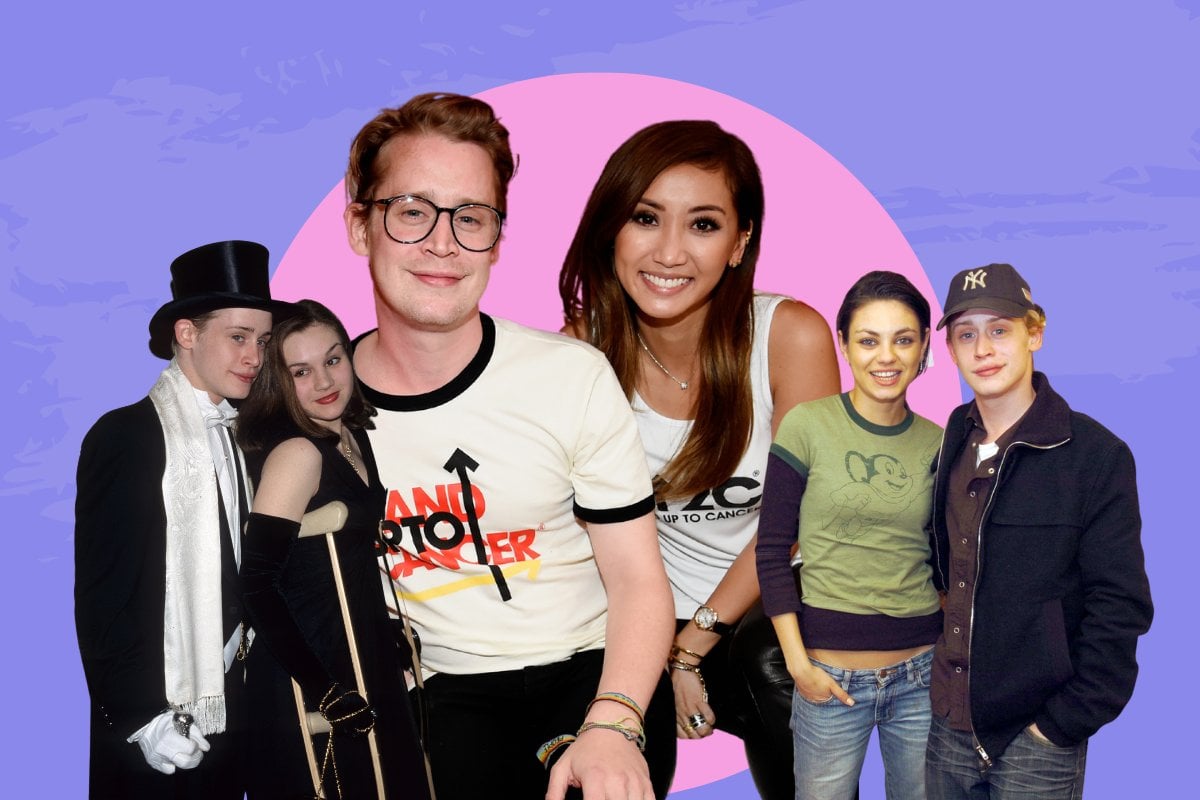 But in typical fashion, the pair, who reportedly began dating back in 2017 after meeting on the set of Changeland, have not officially announced the news themselves, leaving it up to a 'source' to confirm to People.

Culkin and Song are notoriously private, rarely sharing photos of themselves to social media or engaging with media.

In April 2021, they welcomed their first child, son Dakota Song Culkin, and released only a two word statement: "We're overjoyed".

In a 2020 profile for Esquire, Culkin shared the pair were at that point trying to have a baby.

"We're figuring it out, making the timing work. Because nothing turns you on more when your lady comes into the room and says, 'Honey, I'm ovulating.'"

During the interview, Culkin shared that the couple, who share a whole host of pets including a Shiba Inu called Panda and a fish named Cinnamon, had moved in together.

Song started her acting career as a teenager on the Disney Channel, starring in The Suite Life of Zack & Cody and Wizards of Waverly Place.

Most recently, the 33-year-old has starred in Scandal and Dollface.

Speaking to Entertainment Tonight in 2019, Song shared that growing up in front of the camera was "one thing" she bonded with Culkin over.

"It's almost like child actors… don't even have to talk about it," she said.

"You just look each other in the eye and you nod and we know."

"People don't realise how incredibly kind and loyal and sweet and smart he is," she said.

"Truly what makes Mack so special is that he is so unapologetically Mack. He knows who he is, and he's 100 per cent okay with that. And that to me is an incredibly sexy quality. He's worked really hard to be the person he is."

Song also said that she hoped Culkin would get back into acting in the future.

"I truly believe that he is the actor he is now because of all the things he had to go through," she said.

Prior to dating Culkin, Song was previously engaged to Miley Cyrus’ older brother and Metro Station musician, Trace Cyrus. The former couple separated in 2012 after seven years together.

Over the years, Culkin has had a number of famous relationships.

When Miner first introduced herself to the notable teenager, she considered the actor to be a stuck-up jerk. But after getting to know each other, the pair soon became close friends.

After performing in a music video for the band Sonic Youth together at 17 years old, the pair began dating and just a few months later, Culkin proposed.

At 18 years old, Culkin and Miner were married in a casual outdoor ceremony at a Connecticut home. Rather than sending a traditional invitation, the pair sent out clues to an elaborate scavenger hunt, which sent guests to the wedding location.

In 2000, two years after their wedding, Culkin and Miner "temporarily separated". They finalised their divorce in 2002.

Miner later admitted: "Ultimately, the marriage was a choice made with our hearts, not with our heads".

In May 2002, Macaulay Culkin began dating actress Mila Kunis. At the time, Culkin was 21 years old and Kunis was 18.

Over the eight years they were together, Culkin and Kunis worked hard to keep their relationship relatively private.

In an interview with Women's Health in 2009, Kunis admitted her relationship with Culkin changed her life.

"We grew up together," the now 36-year-old said. "You find a steady rock in your life and that's all you need. We had our ups and downs, but work through them."

Kunis also admitted their young age impacted the state of their relationship, adding: "I don't know if I met him at 27 if it would have been a different relationship."

During an appearance on The Howard Stern Show in 2016, Kunis reflected on how going out in public with the actor wasn't easy.

"He was huge. You couldn't walk down the street with him," she recalled.

"He always had this weird attraction, like fans just screamed when they saw him. They didn't know how to react. It wasn't like a normal response to a celebrity. Fans responded in a very abnormal way."

In 2011, amid Culkin's self-imposed retirement from acting, Culkin and Kunis split.

Although representatives of the couple claimed the split was amicable, Kunis has since admitted it was a "horrible, horrible breakup".

In an interview with Dax Shepard on his podcast, Armchair Expert, Kunis admitted that she "f***ed up".

"I was an arsehole in my 20s and I'll be the first to admit it. And that's something that took me a long time to come out and be like, 'Yeah, you know what, I was a dick,' and accept it and I own it," she said.

Kunis said she blamed herself for the breakup, and told the host that becoming single was an awakening for her.

"When I got to be single I said, I just need to figure myself out. I genuinely need to know why I did what I did and, like, regroup myself as a human being."

Nine years on from their split, Kunis added that she's now kinder to herself about the situation.

"You know, it's been so long, like I feel like enough time has gone by," she said. "I think enough mutual friends have been like… everybody kind of forgave everybody for what went down. At 35, I could look back and be like, 'I was 20.'"

This article was originally published on February 12, 2020 and has been updated.