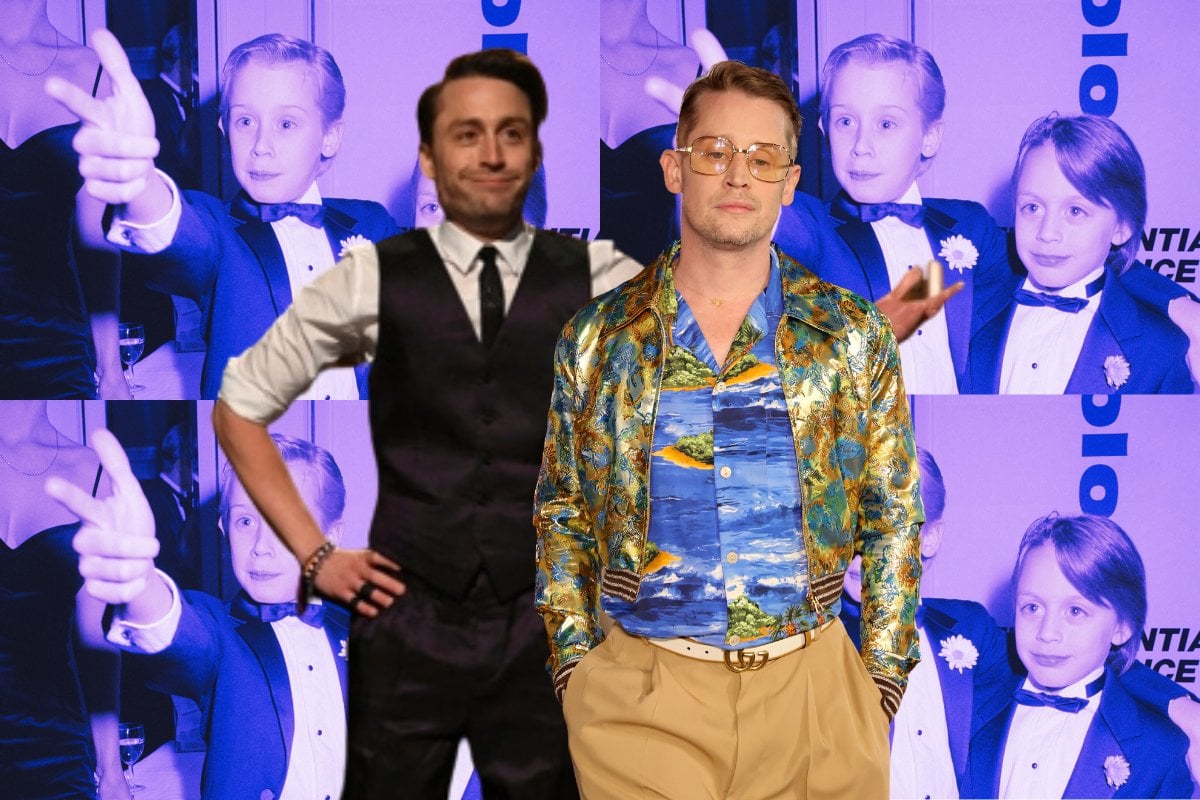 At the age of 10, Macaulay Culkin became the youngest actor ever to earn $US1 million for a movie. But it was only a few years earlier that he’d been crawling around under seats at a theatre, searching for coins people might have dropped. The Culkins were desperately poor, all seven kids sleeping in one bedroom of a tiny New York apartment.

Macaulay’s younger brother Kieran remembers that the apartment was barely big enough for a couple.

“It was just a hallway, and there were no separating doors, except for the bathroom, which didn’t have a lock,” he told Vanity Fair in 2018. “They just kept bringing babies home to this little space.”

School wasn’t the highest priority. Kieran remembers watching a lot of wrestling on TV, and recreating the matches with Macaulay and their oldest brother, Shane.

Their mother, Patty Brentrup, worked as a telephone operator and held the family together. Their father, Kit, worked as a sacristan in a Catholic church.

“They were alright times for my family,” Macaulay told New York magazine in 2001. “My father was always, you know, abusive, but it didn’t get really, really, really bad until later on.”

Kit had come from a showbiz background, having appeared in Broadway productions with Laurence Olivier and Richard Burton as a child. His sister was the actress Bonnie Bedelia, star of Die Hard. One of the Culkins’ neighbours was a stage manager called Susan Selig, and when her theatre needed a child to be in a play, Kit was more than happy to push six-year-old Macaulay forward. In fact, Kit was more than happy to push all of his kids forward. All seven – including sisters Dakota and Quinn, and youngest brothers Christian and Rory – ended up acting at some point, whether they wanted to or not.

Casting director Billy Hopkins had to pay to get Macaulay to and from rehearsals for his first play.

“They were like the Beverly Hillbillies,” he says of the Culkins.

But it was obvious that the young Macaulay had real star quality. It wasn’t long before he was scoring movie roles – first in Rocket Gibraltar, then Uncle Buck. At first, it was all good times. John Candy, his Uncle Buck co-star, was “a fun guy” to be around. But after Home Alone came out in 1990, 10-year-old Macaulay was so famous that he had paparazzi hiding in the bushes near his apartment. He became reluctant to go out.

Once, when Home Alone 2 was shooting, he was inside his trailer on a street when about 200 people surrounded it and started shaking it, leaving him terrified.

Kieran, who had roles in several of Macaulay’s movies, was witness to some of his brother’s “creepy” encounters with fans. He decided that fame was “not a nice thing”.

Macaulay – and sometimes Kieran – started hanging out at Neverland with Michael Jackson, a place where Macaulay knew there would be no paparazzi hiding in the bushes. He formed a bond with Jackson, who’d also been thrust into the spotlight at a young age by a domineering dad.

“Michael and I had an understanding about my father,” Macaulay said. “He knew what that was all about. He’d lived it.”

Kit and Patty had quit their jobs to be Macaulay’s managers. Kit did well at negotiating million-dollar paychecks, but his relationship with Macaulay - which was never good in the first place - just got worse.

Macaulay told Marc Maron’s WTF podcast in 2018 that he was scared of his father, whose attitude was, “Do good or I’ll hit you.” 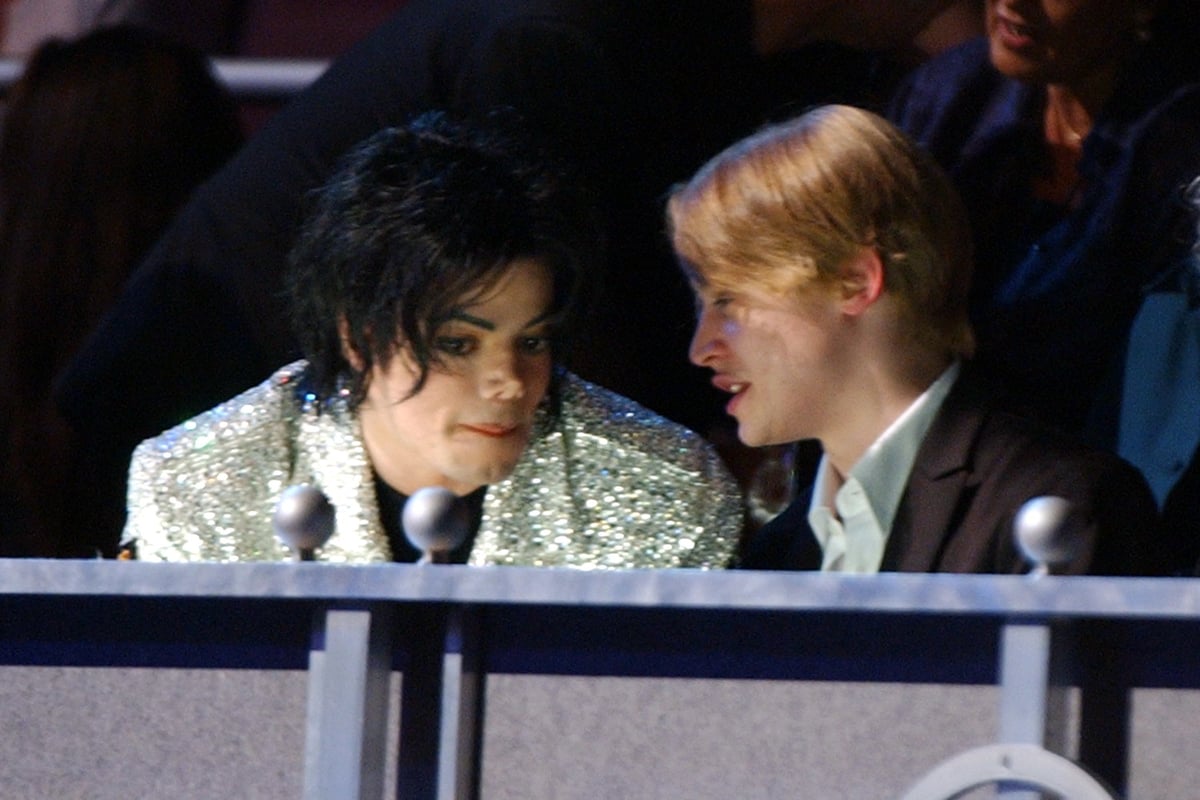 Macaulay thinks his father was jealous.

“Everything he tried to do in life, I excelled at before I was 10 years old," he told WTF.

In his 2006 book Junior, Macaulay wrote an open letter to his father, saying he “hurt people, a lot”.

“Did you know I had to apologise on your behalf way too many times?... You made a lot of people cry. You made my mother cry.”

Kieran agrees that Kit was “not a good dude,” and says when he once disappeared for weeks on end, nobody cared.

“My mum was the parent,” he told Vanity Fair, “so when he wasn’t there it was nicer and better.”

Kit has always denied being abusive.

By the time Macaulay was shooting the 1993 movie The Good Son – which also featured his sister Quinn – he was tired. He told Kit that he needed some time off.

“He said, ‘Yeah, sure,’ and the next thing I knew I was on the next set doing the next thing, and it just kind of clicked in my brain: ‘Okay. There’s basically nothing I can do to make this stop,’” Macaulay told New York Magazine.

But four movies later, after Richie Rich, he was done. When Kit and Patty separated and began fighting over custody. Macaulay decided it was time to take control of his own finances. At age 16 – and worth $US50 million – he did just that.

"I was able to say, 'I hope you made all your money, because there's no more coming from me,’” he told WTF.

Kit disappeared, taking Macaulay’s treasured collection of memorabilia with him. Macaulay went back to high school. When he was 18, he married Rachel Miner, and after they split, dated Mila Kunis. He started a band, The Pizza Underground. He’s only taken on the odd acting role over the past 25 years.

Now, in 2020, Macaulay has turned 40 years old. He joked on his Twitter that his age will make his fans "feel old".

It's my gift to the world: I make people feel old.

He added: "Since I'm 40 I think it's about time to start my midlife crisis. I'm thinking of picking up surfing."

Since I'm 40 I think it's about time to start my midlife crisis.

I'm thinking of picking up surfing.

Do you all have any suggestions?

As for his siblings, Kieran scored a Golden Globe nomination for his role in the 2002 movie Igby Goes Down. Like Macaulay, he drifted away from acting for a while, but is now starring in the HBO series Succession.

Rory, who also started out with small roles in some of Macaulay’s movies, has forged his own career, recently appearing in the movie Lords Of Chaos and the TV series Castle Rock.

Kit remains estranged from Macaulay. He was last reported to be living in Oregon.

When the Daily Mail contacted Kit in 2016, he said of Macaulay, “I don’t consider him a son anymore.”

Reply
Upvote
1 upvotes
It should be considered abuse to let your child be the only income for the family- it’s way too much pressure. Britney Spears and Jesica Simpson both ended up in that situation as teens and it’s just cruel.
F
francesgasparotto a year ago