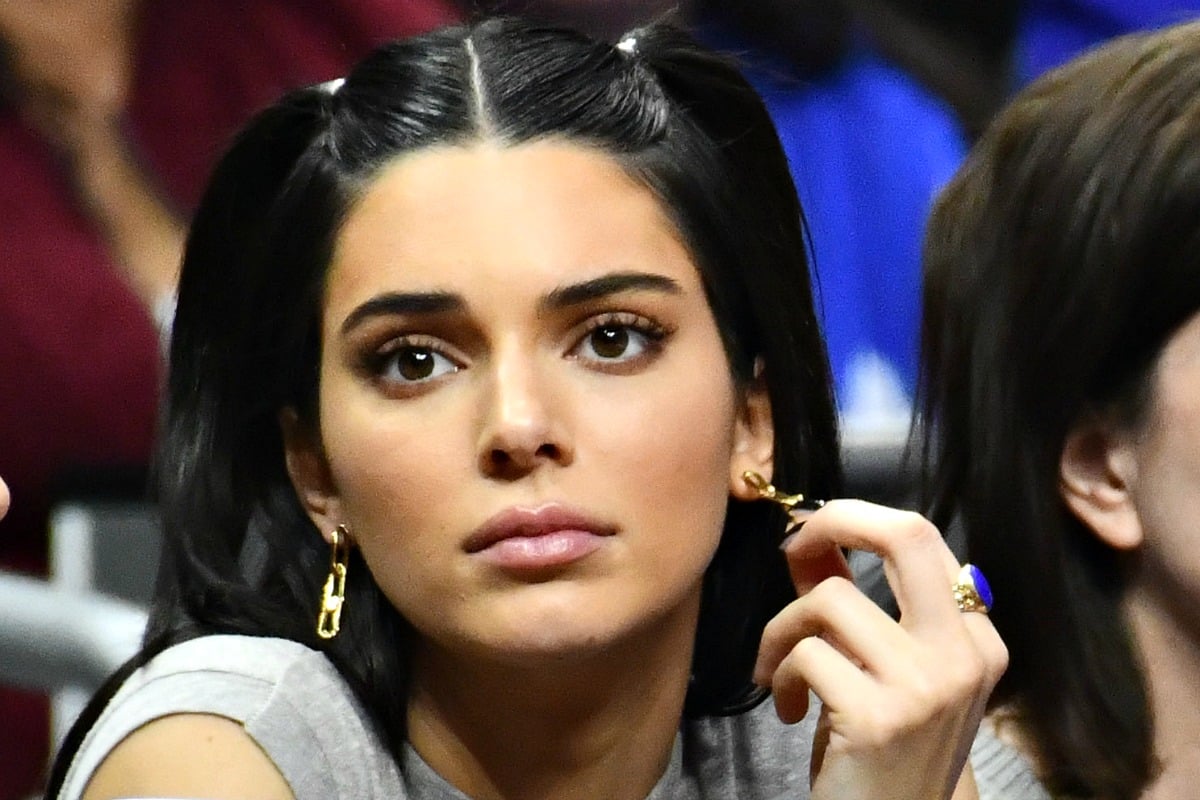 At this point in time, publicly critiquing the Kardashian/Jenner family is pretty much a valid full-time employment option you can chat over with your career adviser before leaving high school.

Between shamelessly promoting bad diet products, never-ending pregnancy conspiracy theories and their many and varied celebrity feuds, there’s just no end to the wealth of scandal and public scolding tossed the famous family’s way.

However, although each member of the family has been (rightfully) called out for their wrongdoings at one time or another, there seems to be one particular person whose public condemnation and surrounding commentary has been the least forgiving and the most malicious of late.

And that family member is Kendall Jenner.

Her biggest and first scandal took place in 2017, when she starred in a Pepsi commercial that shamelessly tried to capitalise on, while also undermining, the Black Lives Matter movement.

In the advert, which was taken down less than 24 hours after its release, Kendall leaves a glamorous photoshoot to join protesters and then hands a can of Pepsi to police as a peace offering, prompting the officer to smile and the crowd to cheer.

The commercial was immediately and savagely criticised for painting a privileged white model as a peacemaker between civil rights activists and police.

Kendall's second scandal came following the release of an interview she did with Love magazine where she angered many people in the modelling and fashion industry alike by talking about how selective she is about appearing in runway shows.

"Since the beginning, we've been super selective about what shows I would do," she told publication. "I was never one of those girls who do like 30 shows a season or whatever the f*ck those girls do. More power to 'em. But I had a million jobs, not only catwalks but everything else."

This week, Kendall is once again being raked over the social media coals thanks to the fact that she and her mother teased fans about an emotional and "raw" story she was about to share, urged them to visit her Twitter account for the big news, and then revealed it was all just emotionally-charged hype leading up to the announcement that she is the new face of skincare brand Proactiv.

Needless to say, her followers were not pleased that her emotional reveal firstly didn't actually seem all that emotional, but more importantly, was just tied up to an advertising scheme and lacked even a flicker of genuine humanity. Or social awareness.

Make sure to watch @KendallJenner’s Twitter on Sunday night to find out what I’m talking about and be prepared to be moved. #bethechange #shareyourstory #changetheconversation #proudmom #finallyasolution #authenticity #mydaughterinspiresme #getready

Kendall Jenner fans were right to be upset with the way they were played, but the real source of their anger appears to run so much deeper than just one act of Twitter trickery.

The more her star rises, the more it becomes clear that Kendall Jenner has not accrued the same amount of cache as other members of her family. Cache that would allow her to pull herself out of these public scandals with only a few healable battle wounds to lick.

Instead, the blood bath around Kendall only increases with each one of her badly timed missteps.

The truth about Kendall's forays into commenting on social issues and body image is her ability to use her influence, bare her soul or form any kind of public opinion is only ever linked to extremely blatant career progression and money making endeavours.

Unlike other members of her famous family, Kendall shares very little of her real personal life, struggles and experiences with fans. Unless of course they are presented to the public via highly stylised and curated commercials, brand endorsements or segments on her family's blockbuster reality show Keeping Up With The Kardashians.

Clearly, the model and reality TV star does not quite understand the inner workings of the barter system that she and most other influencers enter into when they build a platform atop a legion of followers and then monetise the public relationship.

Unlike her sisters who have given birth on TV, had their marriage breakdowns chronicled for the world to see and have shared the nitty-gritty details of their love interests, medical treatments and heartbreaks, Kendall has barely dipped a toe in the oversharing pool, unless the price is right and the emotional impact is low. And her fans are starting to notice more than ever before.

Of course, I'm under no illusion that the rest of her family share their ups and downs out of the pure goodness of their hearts. Their oversharing is also a calculated way to fatten their bank accounts, but at least when you buy a ticket to their circus you're treated to the full show and not just an opening informercial.

There's no hard and fast rule that Kendall should also have to bare her soul to the public on a weekly basis, but it is part of the reality star/spokesperson career she has willingly entered into and it is her ongoing unwillingness to genuinely play the game the way her counterparts do that is causing public distrust and hatred of her to grow.

Whether the Kendall Jenner's of the world like it or not, we're living in a time where influencers like her are increasingly having to walk the line between enviable unattainability and genuine social conscience.

Kendall's growing popularity issue comes from the fact that she has attempted to build her empire on both schools of thought and that's why it is slowly starting to crash down around her.

She'll attempt to lend her voice to social issues, but only if Pepsi foot the bill. She'll share a small part of her personal body struggles with fans, but only if Proactiv throw some dollars her way.

She'll appear on the immense public platform her family have created for her, but instead of being honest about the part it's played in her global success, she'll claim the fame was a hindrance to her modelling career, saying it forced her to work twice as hard to land lucrative modelling deals.

A claim, of course, that fans can see for themselves is blatantly untrue, no many how many confessional scenes on the topic the reality star chooses to film.

However, she's untouchable enough, thanks to the publicity machine of her family business, that she can take hits like this and still continue to strut runways and promotes brands even as the public critique of her actions continues to sour.

There is, of course, a question about whether or not we've grown accustomed to expecting too much blood, sweat, and tears from our reality stars and Instagram influencers, but until that expectation changes, stars like Kendall need to decide whether or not they're willing to pay the high price or close their publicity tab for good.

Oh my god. Cry me an effing river. There are people out there who can't afford to feed their families, people who have to live in their cars or on the street, people who are the victims of horrible crimes and people who put their lives on the line every day to protect all of them.

Meanwhile a rich, beautiful young white woman from a family of multimillionaires in Beverly Hills loses a few followers on Instagram.

Why is anyone even interested? The entire family is a pack of irrelevant airheads ripping off the gullible public with their merchandise. Still, I suppose it beats engaging with what's going on in the real world.

Like you've never had an Albanian inspired surgical butt-enhancement - What sort of world are you even living in Joydie?

How very dare you?! I would never engage in this behaviour! However, I was the inspiration for the coming trend of lower arm topiary.