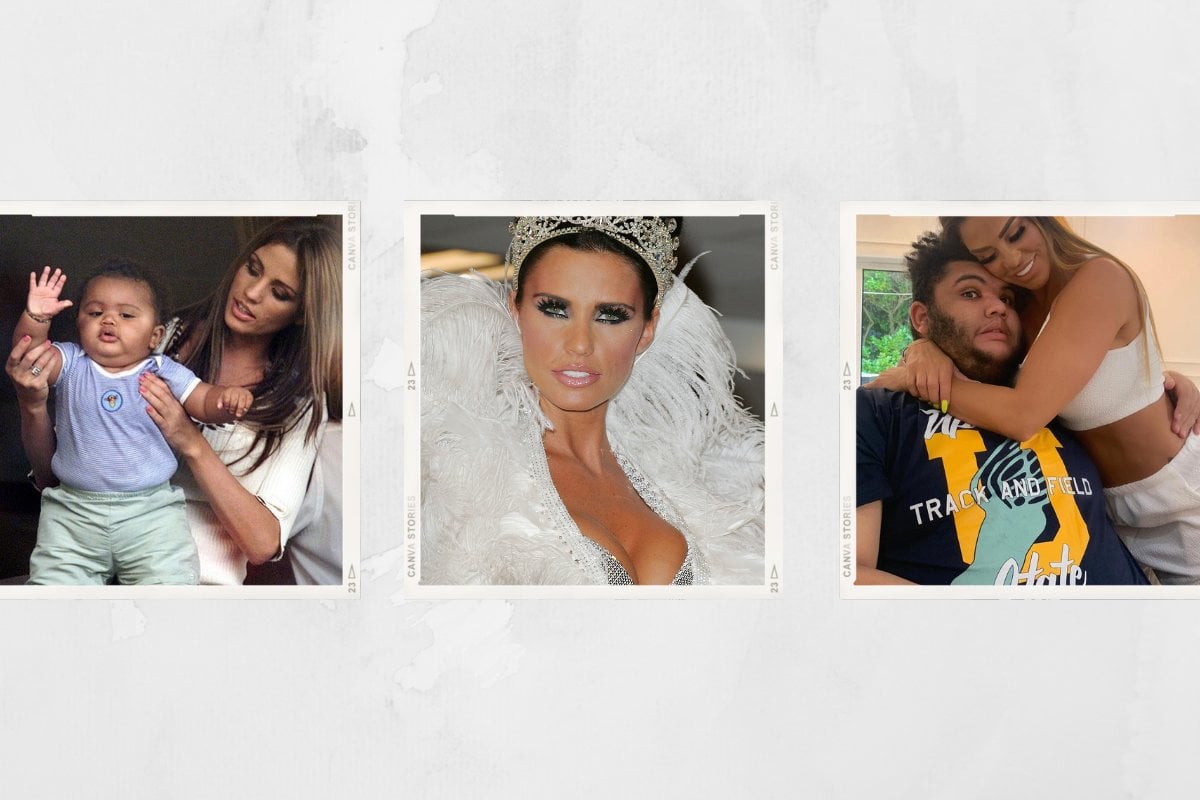 Katie Price may be best known as her glamour modelling alter-ego, Jordan, with her topless shots blazoned on lads' mags - but life for her now looks very different.

A typical day for Katie now includes organising medicine for her eldest son Harvey and keeping him smiling while she wipes away the plasterboard on the floor after he’s punched through the wall during a fit.

Listen to the latest episode of The Spill, Mamamia’s daily entertainment podcast, where Laura and Kee discuss how Olivia Wilde became the villain in her own romance story. Post continues after podcast.

Harvey has an array of disabilities that have hindered his mental and physical development and made a huge impact on his behaviours. Sure, this alters the dynamic of home life a bit for the now mum of five Katie, but she wouldn’t change Harvey for the world.

Fiercely protecting him throughout his life (despite drowning in public criticism), this is an honest look into Katie Price’s life as a parent.

But first, let’s wind back the clock to where it all began...

At the height of her glamour modelling career, Katie Price started dating Manchester United footballer Dwight Yorke. The two attended red carpets together and seemed like a match made in tabloid heaven.

However, at 14 weeks pregnant with Harvey (and during a lingerie shoot), Katie found out that Dwight had been cheating on her when evidence emerged of him with another woman. 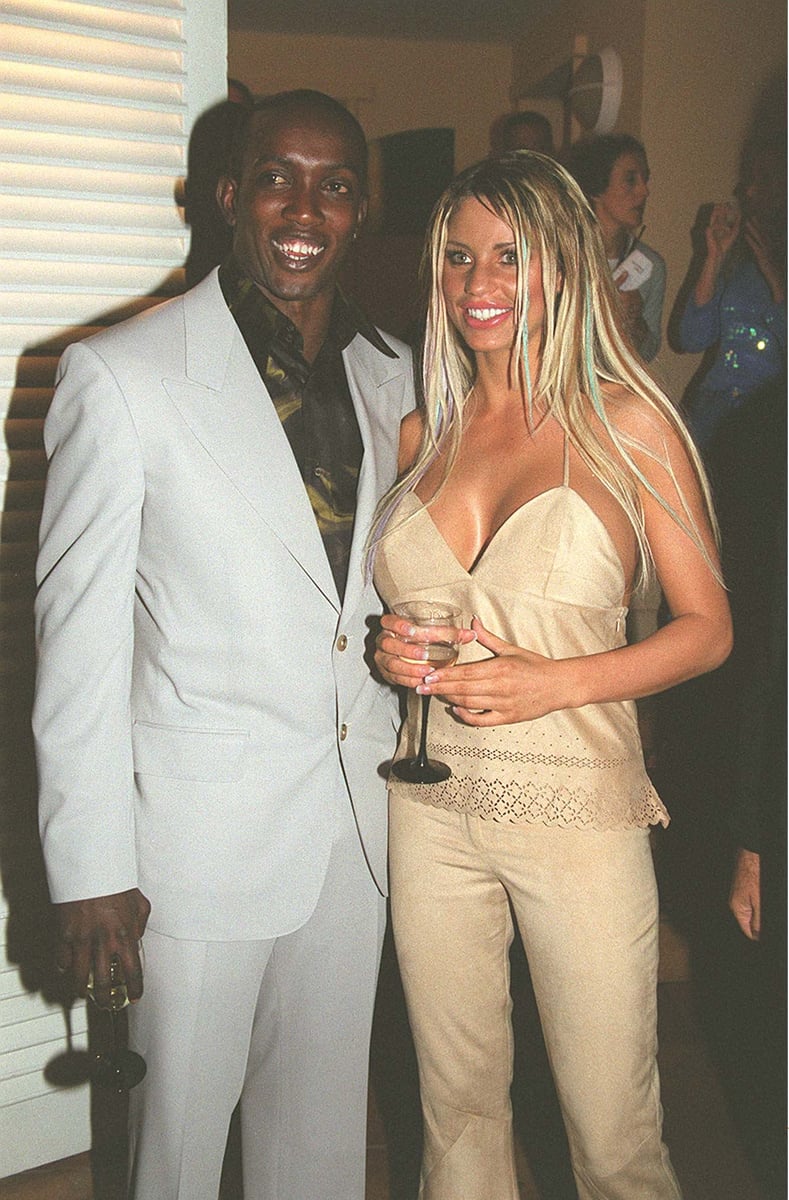 Following the cheating scandal, Katie decided to make her pregnancy public - which triggered Dwight to deny being the father and demanding a DNA test to prove her wrong.

The DNA test did exactly the opposite. Dwight was the father, and his next move was to disappear.

Katie and Dwight’s son Harvey was born in May 2002, and diagnosed with partial blindness, autism, septo-optic dysplasia and Prader-Willi Syndrome - a rare genetic disorder that affects mental and physical development.

Dwight did briefly show up at the hospital following the birth of Harvey, but quickly returned to his role of absentee partner with the added promotion to absentee dad.

After Dwight's departure, Katie stepped up to the plate as a single parent.

In her 2016 autobiography Reborn, the mum explained that Dwight has seen his son once since he was born - when he was around 10 years old - and that the footballer really struggled to understand his son’s disabilities.

Katie has shared many “precious moments” of Harvey on both her Instagram and various reality TV shows - including her most successful series Katie & Peter, which documented her married life with fellow I’m A Celebrity contestant and singer Peter Andre. 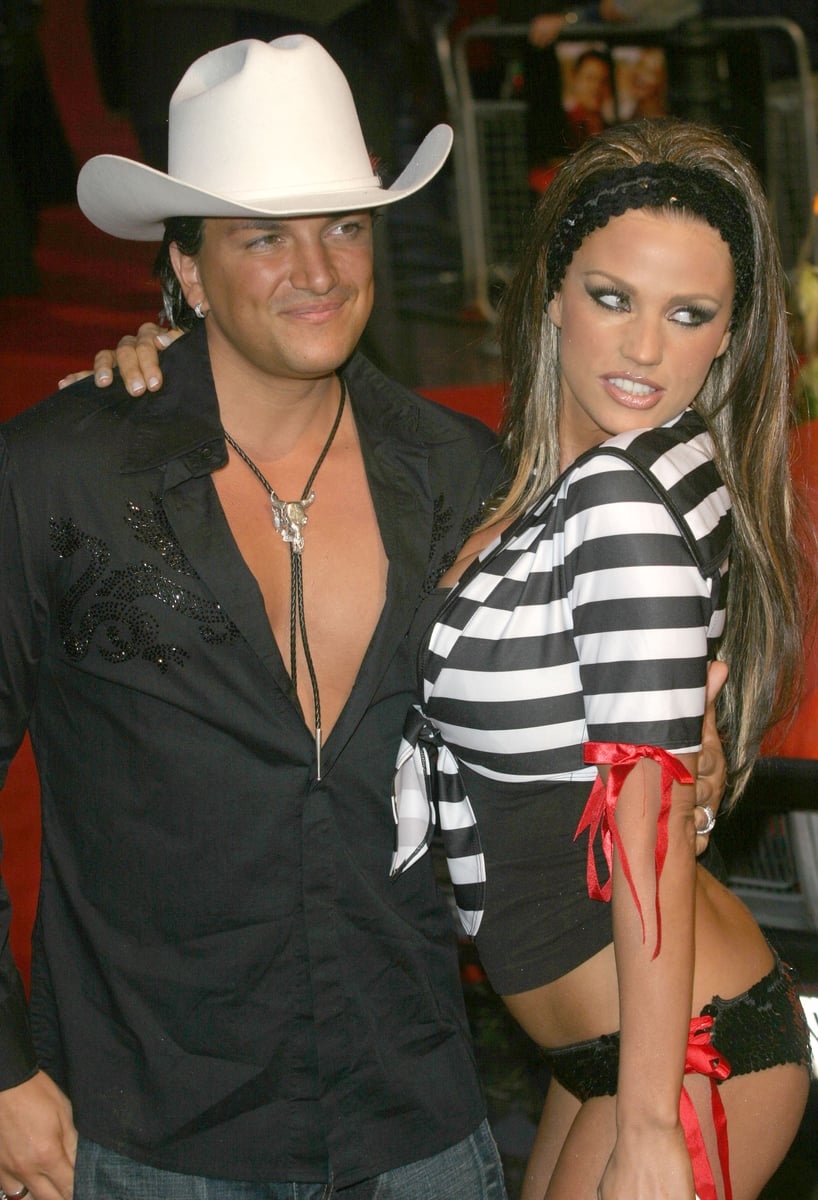 Throughout his life Harvey has been at home with his mum and siblings, with Katie managing his health care herself.

“Half of them to keep him alive,” Katie says while shaking out tablets from an array of medicine bottles in her new documentary, “and the other half is for his behaviour”.

This behaviour, she notes, is one that perhaps doesn’t fall into that collection of “precious moments”, as managing Harvey’s mood swings is no easy task - particularly now that he towers above his mother at over six feet tall.

There’s damaged plasterwork all over their home, furniture destroyed and Katie’s other children know to run upstairs when Harvey begins to ‘kick off’.

“On Instagram, I only show him when he’s good. But he’s got a side to him. My house is smashed to bits. This year he has broken eight iPads and four TVs. Someone might bang the door and he’ll chuck something,” she candidly shared with This Morning.

To Katie, this is just her reality. She’s always been a mum of a child with disabilities and behavioural issues. But knowing Harvey’s triggers has been key in softening his actions. She knows now that doors slamming, sneezing and loud TV adverts are likely to set him off, and so she’s changed their household routines accordingly.

Now, Harvey is 18 years old. Officially an adult in the eyes of the law (and for healthcare purposes). However, due to his various conditions, he comprehends life at roughly the level of a seven-year-old.

This has presented new struggles for Katie as she looks for a college for her son to attend. Finding a place that caters to Harvey’s needs while helping him gain independence is a tricky task, with limited colleges in the UK having the resources Harvey needs.

Which is why Katie decided to work with the BBC to put together a documentary about Harvey’s college hunt.

Watch the trailer for Katie Price: Harvey and Me here. Post continues after video.

“I didn’t want this to be show about him kicking off, because it’s not about that. I wanted it to be realistic about what it’s like trying to find a college,” she told This Morning.

Regarding the rumours that Katie would be sending Harvey into care rather than a residential college, she was quick to shut them down during her interview on This Morning. “There have been speculations about him going into care, and that’s not happening. He’s never going to go into care.”

A lot of the mum’s fears about putting Harvey into care, or “the system” as she refers to it, are surrounded with the panic that these ‘homes’ won’t understand Harvey. Katie has shared before that he can have violent outbursts when he’s frustrated or scared, so in an environment that exaggerates those emotions for him, he could certainly lash out.

“If someone put Harvey in a room he would kick off. He would headbutt the walls and everything, because they don’t understand him. He would look like a lunatic, basically, and they’d probably sedate him. And once you’re in that system [of sectioned care] then it can take up to five years to get out of it. I would never want that for Harvey.”