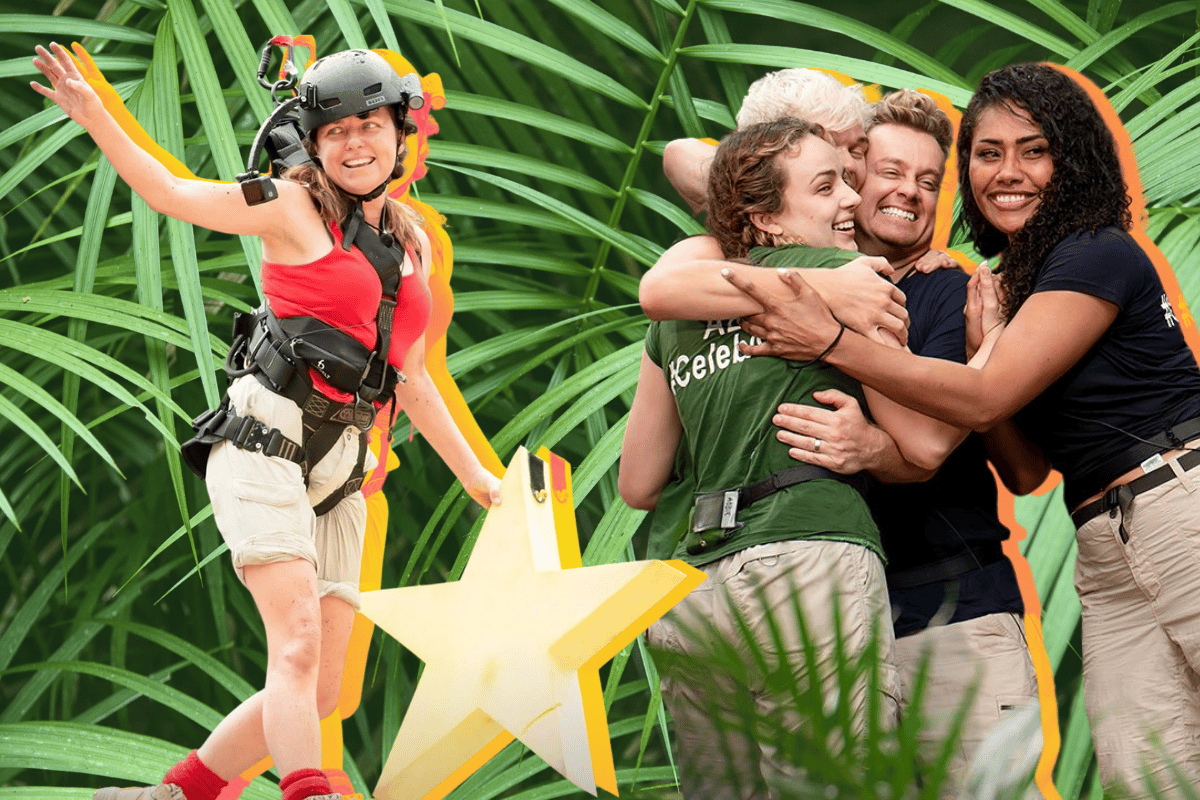 I’m a Celebrity…Get Me Out of Here! is finally back on our screens, and you can bet it took approximately 0.02 seconds for rumours about this year's camp mates to swirl.

To date we've had many tucker trials, new arrivals and one withdrawal, and the season is set to get even crazier over the next few weeks.

This time around, thanks to COVID-19, the show was filmed in the Aussie bush rather than the South African jungle and has already been pre-recorded. Which means we can expect precisely two things: 1) a bunch of terrifying Australian creepy crawlies and 2) lots and lots of spoilers.

Watch the trailer for the new season of I'm a Celebrity… Get Me Out of Here! Post continues below.

We're not ashamed to say we're totally here for all the gossip and spoilers we can get our hands on.

So we've rounded them all up for you to appease your drama-loving appetite (no bugs included, promise).

Here are all the rumours about this year's season of I’m a Celebrity…Get Me Out of Here!

We're pretty sure we know who the intruders will be.

Before the show even aired, TV Blackbox managed to get their hands on a cast list and so far, it's been absolutely spot on.

But there are still a few names from that last who haven't made their jungle debuts just yet - suggesting we've still got a few more intruders to come this season.

The I'm A Celeb top five has leaked.

If you don't want the show's top five spoiled for you, very quickly scroll with your eyes closed to some less... spoilery-spoilers and gossip below.

The So Dramatic! podcast has shared who the top five will be, thanks to some very in-the-know 'sources'.

The I'm A Celeb final three has leaked.

If you thought the top five was juicy, get ready for some major spoilers.

You see, rumours are going around that the final three celebrities have already been leaked. And those three celebs are (hypothetical drum roll please...) Grant Denyer, Toni Pearen and Jess Eva.

According to Sportspert, who have been pretty damn good at picking past Bachelor winners, Grant is favourite to win with odds of $1.70. Jess is second most likely to win, followed by Toni.

Over at TAB, Grant is tipped to win with odds of $1.50, followed by Toni and then Jess.

The fact that both bookkeepers have tipped the same final three celebs suggests inside information may have already been leaked. (Remember, this season of I'm A Celeb was pre-recorded after all).

According to The Wash, the winner is believed to be announced at a live studio finale, where fans can vote for their favourite celebrity.

A possible I'm A Celeb winner.

Yep, it looks like we may already know who the winner is.

An insider source supposedly told New Idea that TV host Grant Denyer will most likely be crowned the winner, which has already been "pre-determined".

It's a pretty big claim, but considering Grant's expertise with game shows we think he's in for a good shot.

He's also has the best odds on Sportsbet, which has a bizarrely great track record when it comes to picking reality TV outcomes.

Speaking of Grant, he almost quit I'm A Celeb early on.

Grant told TV Week he wished he's turned down the offer to appear on I'm a Celebrity when he first saw the cast, and ouch.

He said he is "not really into" reality stars, and reckoned he'd made a huge mistake.

"When I arrived, I was like, 'I've made the wrong decision,'" he said.

"It hit me like a ton of bricks. I thought, 'Oh my God - I can't be here around the clock with these fame-seekers bouncing off the walls busting to be on camera. This is going to kill me.'"

But thankfully, Grant came to realise the cast needed each other.

"Without the support of each other, many of us would have walked out. That's the kind of people I’m lucky enough to be spending my time in the jungle with," he wrote on Instagram.

The conversation between Abbie and retired AFL player Dipper AKA Robert DiPierdomenico, in which Abbie asked him to explain his 'You're not going out like that' comments to her wearing a bikini, started important conversations in lounge rooms right across Australia.

Abbie was incredibly articulate in her explanation of the issues around policing a women's body and the dangerous messages this perpetuates; not only about women, 'promiscuity' and slut-shaming, but about men needing to 'protect' women from other dangerous men too.

Following the conversation airing, Dipper tweeted that he shouldn't have said what he said.

"I am glad we had the chance to discuss it. It was a learning moment and I am glad we could 'TWERK it all out in the end'," he wrote.

On her podcast It's A Lot, Abbie said Dipper had also messaged her privately to apologise.

"I did make Dip rethink his words and he end up messaging me since and said, 'you know I know not to say that anymore' which is amazing," she explained.

Growth. We love to see it.

It looks like we could be in for another jungle romance this season.

Taking a leaf out of Charlotte Crosby and Ryan Gallagher's book, comedian Ash Williams and Abbie Chatfield apparently "became quite the item", according to TV Blackbox.

"So much so that things have continued [between] them after the cameras stopped rolling".

And So Dramatic!'s Megan Pustetto actually thinks there's a love triangle going on between Abbie, Ash and Danny Clayton.

But idk, Abbie has said she wasn't interested in starting a relationship on reality TV and also clarified in December that she and Danny weren't together.

Three campmates are booted out in one night.

Much like the COVID sweep that took place on The Bachelor this year, it seems that I'm A Celebrity will also be kicking out multiple contestants in the same night sometime soon.

C'mon guys, as if things aren't already tough for these famous people?!

This post was originally published on January 12th, 2021 and has since been updated.