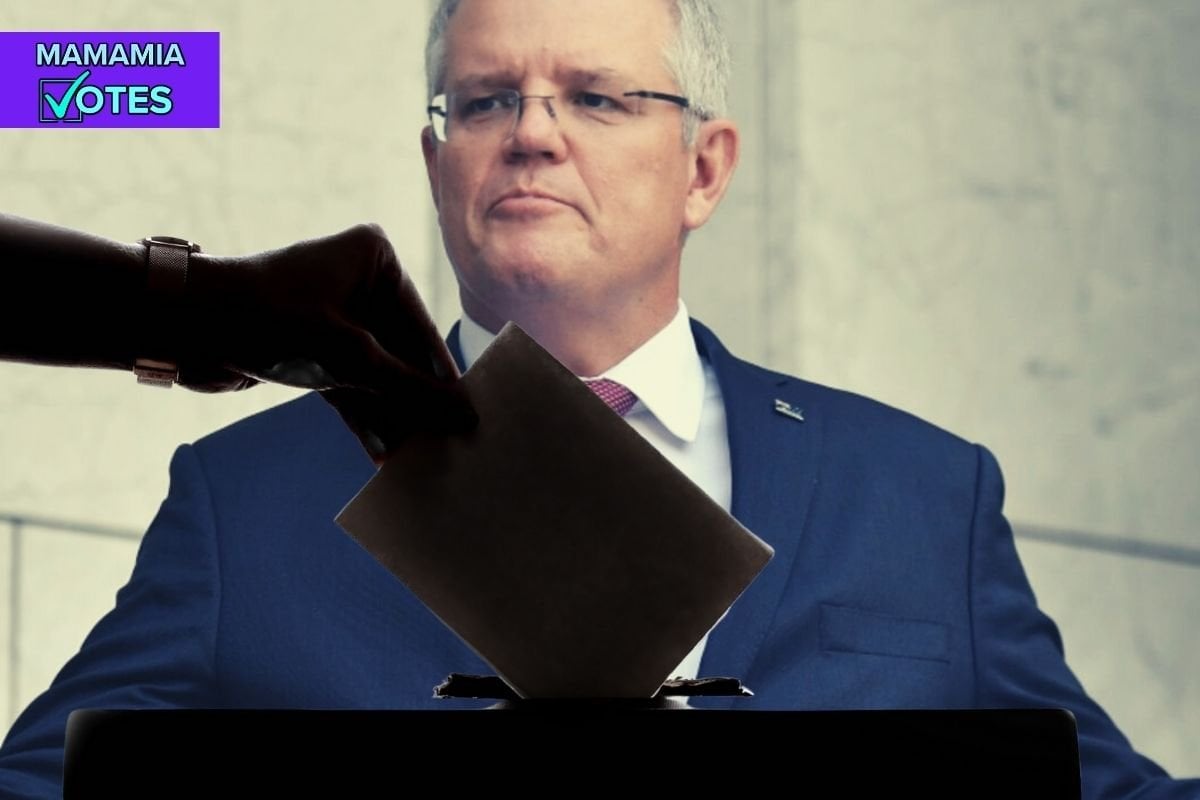 So we have a date, finally, for the 2022 Federal Election.

This morning, Prime Minister Scott Morrison officially announced May 21 as the day we will head to the polls as a nation and decide the next government of Australia.

Every time there's an election, there's a lot of noise. Politicians telling you what you should care about.... alongside a bunch of smear campaigns, character assassinations and mud slinging. (That part has already begun, see here.)

Watch: A peek at what was promised in the budget/s. Post continues after video.

To help sift through the 'politics' of it all, we reached out to 5000 members of the Mamamia community in a bid to understand their hopes for this year's election.

Here's a snapshot of what they told us:

Climate action is the key election issue for Australian women.

A huge 68.7 per cent of respondents nominated action on climate change as one of the five key election issues steering their vote at the upcoming federal election.

Coming in at number two was health and hospital funding (52.4 per cent), followed closely by cost of living (50.6 per cent).

Action on family violence (32.6 per cent) and management of the economy (32.5 per cent) rounded out the top five. 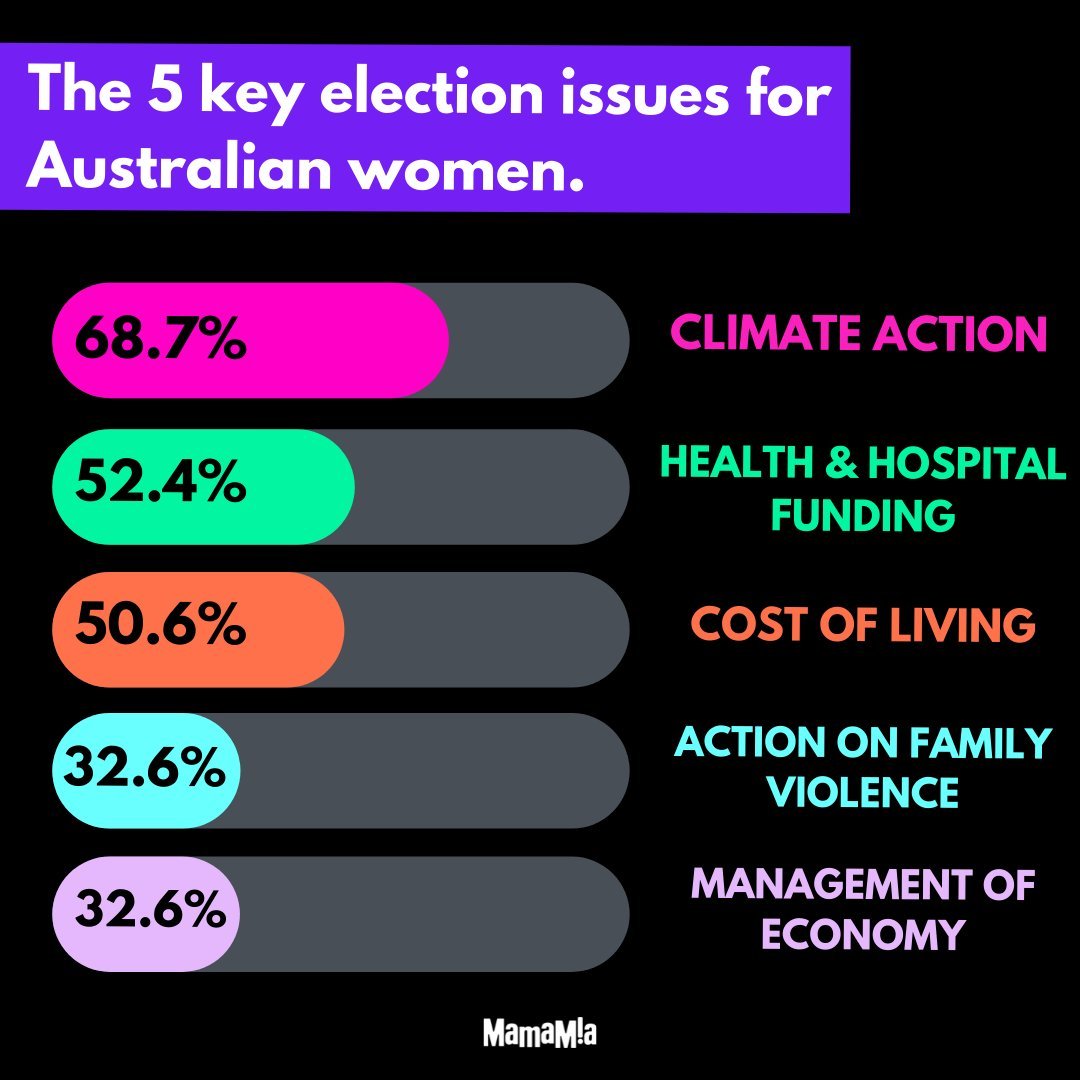 But climate change doesn't dominate either of the major parties' agendas this year.

While Labor is focusing on aged care reform, the Coalition is hoping their dedication to improving the cost of living will seal them the deal.

As political expert and host of Democracy Sausage, Mark Kenny, told Mamamia: "I know a lot of people talk about climate change as a front of mind issue, and so it ought to be. But the history of elections in Australia is that even when people rate it as a strong issue, it hasn't historically ended up showing up in the way people vote."

So... put simply, remember to walk the talk. Vote for the issues you care about.

Election fatigue has hit, before the campaign has even begun.

Even though 45 per cent say they're excited to head to the polls and have their say, just under a third (29 per cent) are feeling over it already and fatigued by the election before the campaigning has even properly kicked off. 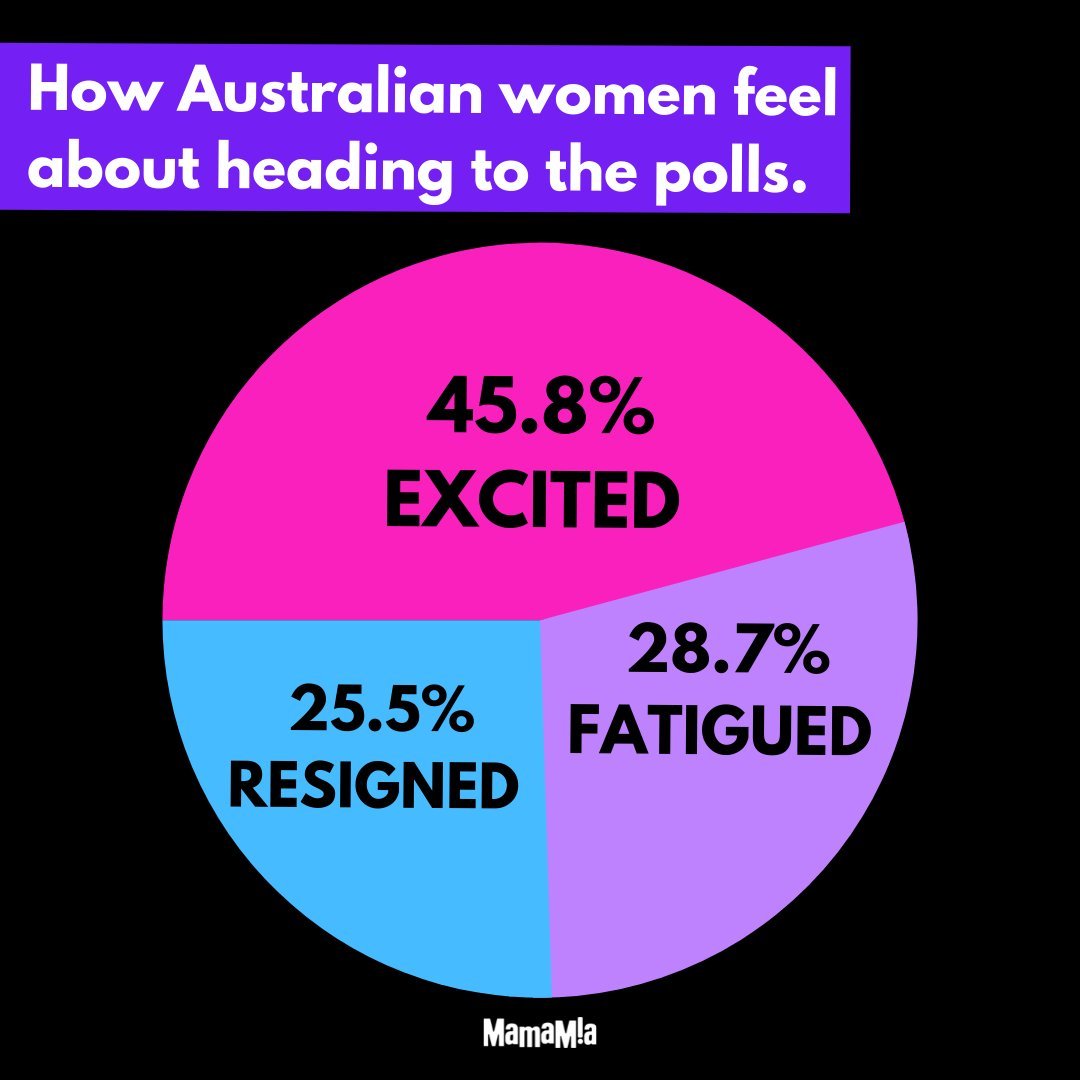 A further quarter are somewhere in the middle - they know it's something they've got to do, but feel somewhat resigned.

After two years of COVID and a 2022 that's brought with it unprecedented flooding and a scary international situation with the war in Ukraine, Australians are feeling somewhat disillusioned with not just the news - but the government.

That was made loud and clear during the Prime Minister's visit to a NSW pub last week, where he was berated by a disability pensioner.

Labor leader Anthony Albanese was also given a spray when a Perth local attempted to hijack a media press conference to ask a "tough question".

Voters are angry - on all sides of politics. Which is going to make for an interesting campaign season, in which politicians would be hoping for favourable front pages and photos opportunities. So far, they've been few and far between.

Women already know who they're voting for.

73.8 per cent of Mamamia readers' minds are already made up, with just under a quarter (23 per cent) definitely undecided.

When asked if they were voting differently to the last election, only 16 per cent said yes, with the majority - 74.93 per cent - voting no. 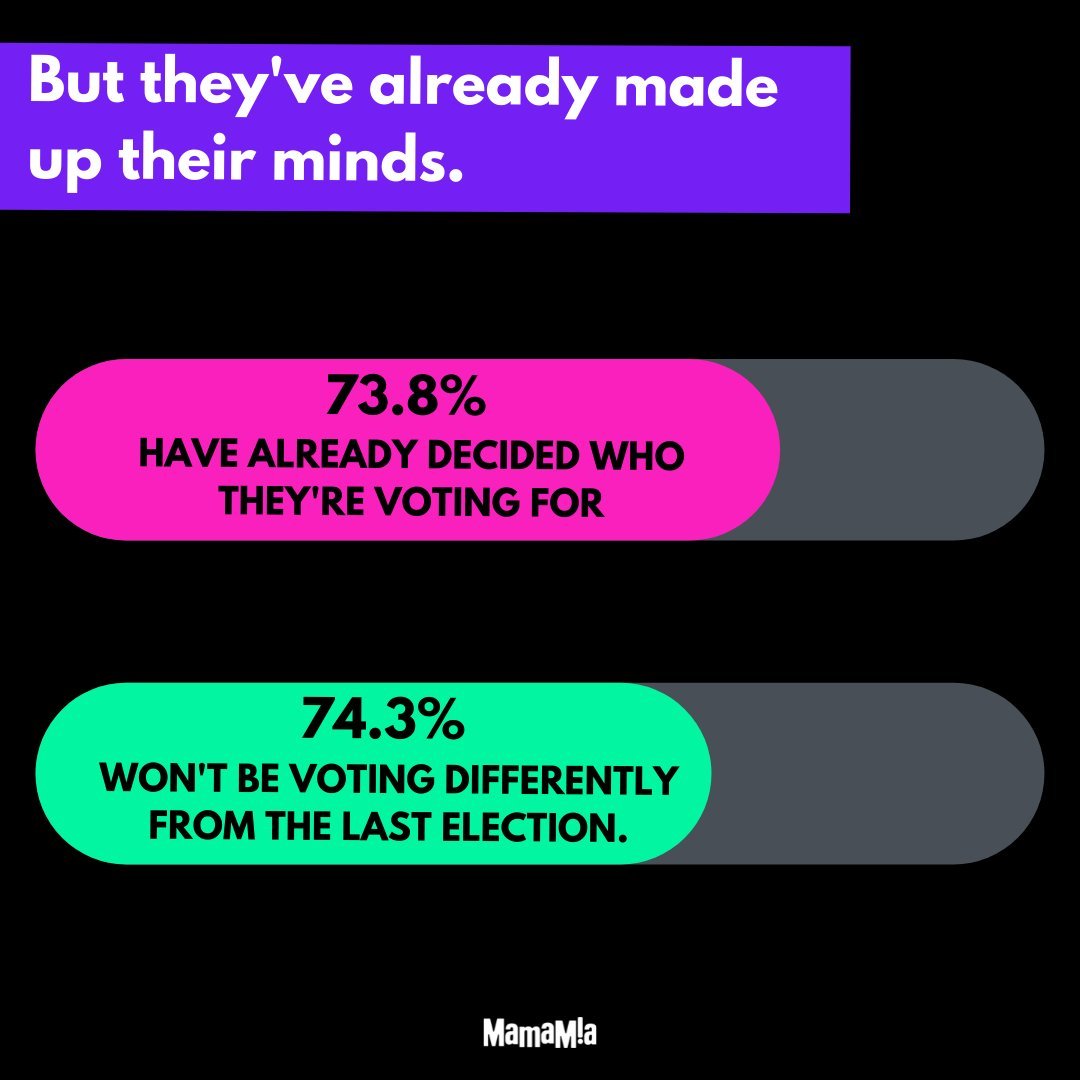 However, when asked to rate the current government's performance on a scale of one to five, 49 per cent were extremely unhappy with only four per cent giving the Morrison government full marks.

The most popular names the Mamamia community wish were on the ballot this year (in an ideal world): Penny Wong, Jacinda Ardern and Tanya Plibersek, followed closely by Grace Tame. 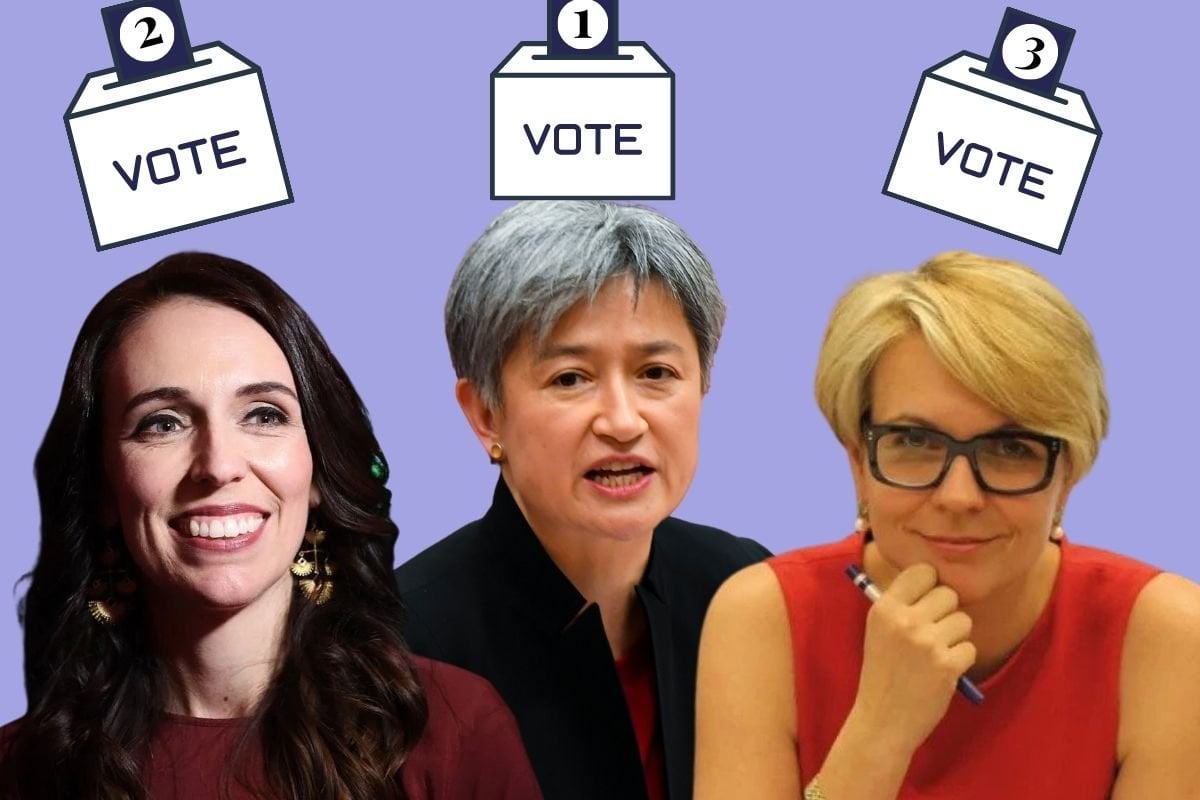 There's still plenty of votes on the table for our politicians to vie for, and that's what we'll see happening for the next six weeks as the election campaigning properly kicks off and the leaders visit electorates near you, drumming up support.