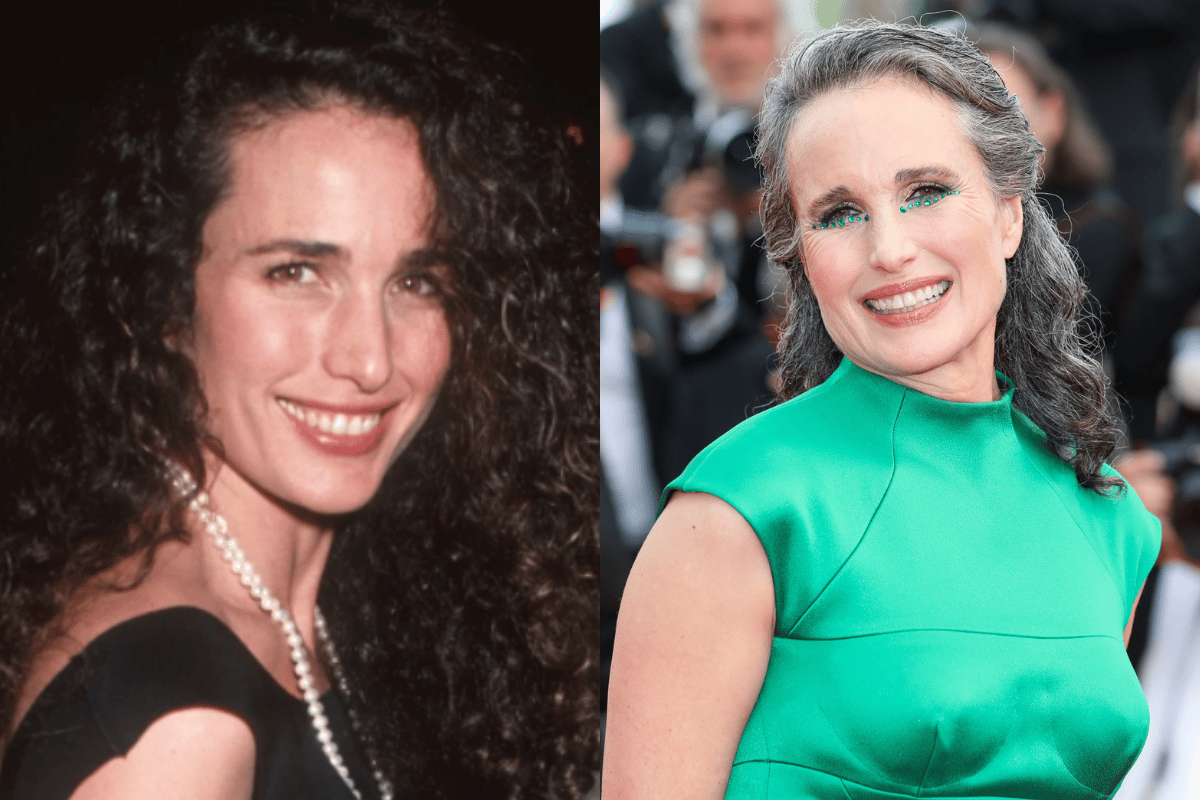 In the 1990s, Andie MacDowell was destined to be the next big name in Hollywood.

In the span of just seven years, the actress starred in the likes of Sex, Lies and Videotape, The Object of Beauty, Groundhog Day, and Four Weddings and a Funeral, quickly becoming a household name.

But within just years of her career skyrocketing, the actress virtually disappeared from the spotlight.

It was an unexpected change to MacDowell's career trajectory. A change that she openly acknowledges.

"I look at other people, like Nicole Kidman and all these people, and look back and think, 'At one point, I was a contender along with these people'," the actress previously told The Huffington Post.

"I feel like I lost my juice somewhere along the line."

Andie MacDowell was born in 1958 in Gaffney, South Carolina to Pauline "Paula" Johnston and Marion St. Pierre MacDowell. She was the youngest of four siblings.

When MacDowell's parents divorced when she was six years old, she became her mother's caregiver. According to The Guardian, the actress' "deep resistance to drugs and alcohol" can be attributed to her mother's struggle with alcoholism.

"There was this old-fashioned can opener attached to the wall, and she’d be in the kitchen drinking and I’d clean the oil off the can opener and talk to her and ask: 'Why do you drink?'" MacDowell told the publication.

"There were [cigarette] burn marks all over the floor and on the couch; it’s amazing we didn’t burn down."

Prior to launching her acting career, MacDowell made a name for herself in the modelling industry.

After landing a modelling contract with Elite Model Management in New York City at 20 years old, MacDowell modelled for Vogue and appeared in ad campaigns for Yves Saint Laurent, Armani, Sabeth-Row, and Vassarette, to name a few.

Following a series of national television commercials for Calvin Klein, the model soon landed her film debut in Greystoke: The Legend of Tarzan, Lord of the Apes.

In the film, MacDowell played Jane opposite Christopher Lambert as Tarzan. However, after shooting concluded, the studio had her voice dubbed by Glenn Close due to MacDowell's strong southern accent. 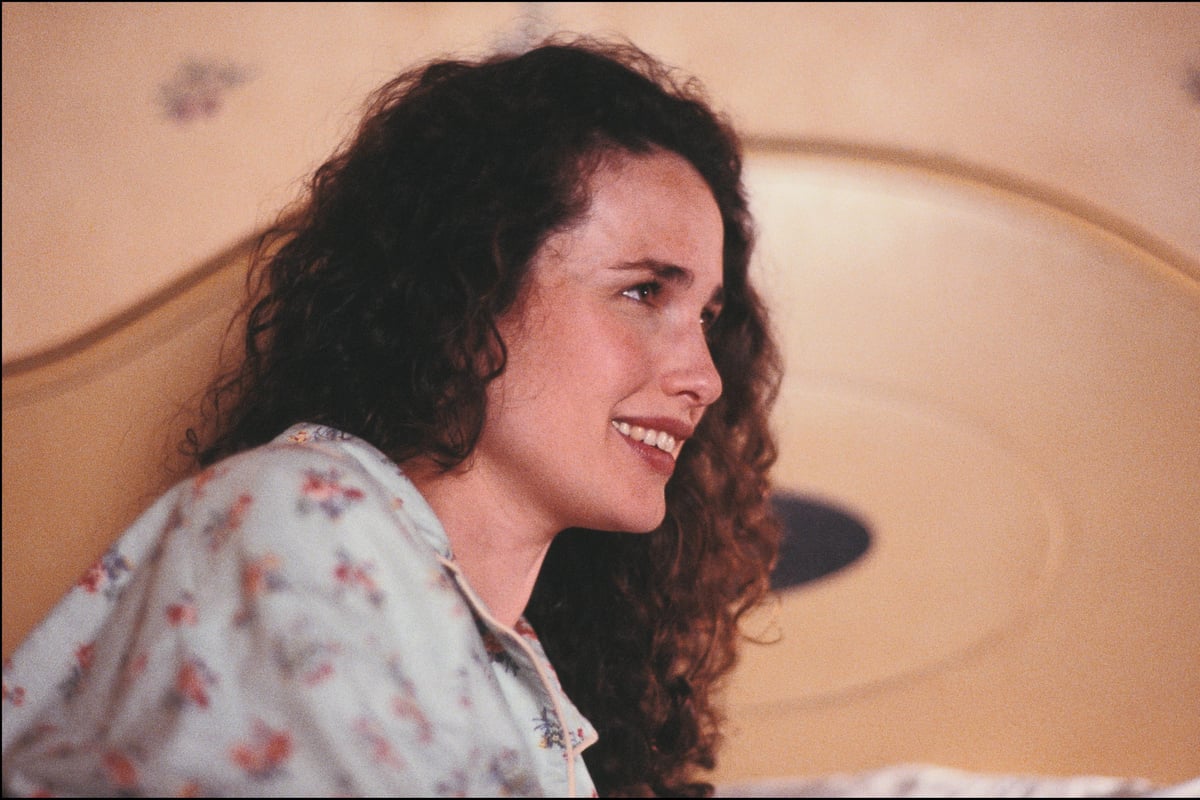 "It’s astounding that I overcame it," she told Deadline, reflecting on the studio's decision.

"I should not have done it, but I didn’t know, and I don’t think that I really did a bad job. I am sure I just sounded too southern," she continued.

"[American film critic] Pauline Kael gave me a great review, and that saved me. It really did. She gave me the confidence that I had something, that there was something there when most people were cruel and horrible to me."

Just a few years later, MacDowell rose to prominence with her role in Sex, Lies and Videotape in 1989, which earned the actress a nomination for the Golden Globe Award for Best Actress, among other award nominations.

She also became one of the faces of L'Oréal cosmetics and hair care, a role she still retains more than 30 years later.

In the years after Sex, Lies and Videotape, MacDowell slowly became a household name as she appeared in the likes of Green Card, The Object of Beauty, Groundhog Day, and of course, Four Weddings and a Funeral, alongside Hugh Grant.

In fact, at the peak of her acting career, MacDowell was seen by many as one of the it-girls of the 1990s.

But by the 2000s, the movie offers started to dry up for MacDowell as she seemingly dropped off the public radar. 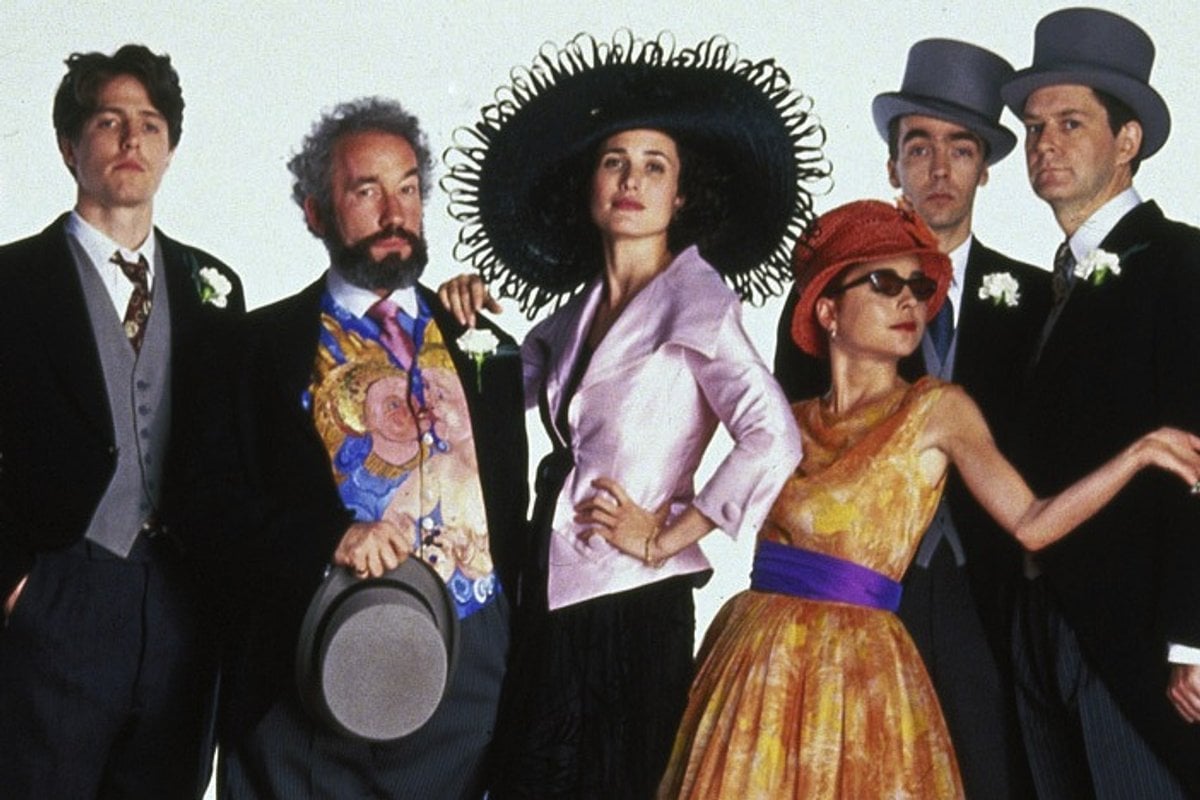 The cast of Four Weddings and a Funeral. Image: Working Title Films.

In 2001, the actress appeared in Town & Country alongside Warren Beatty, Diane Keaton, Goldie Hawn, and Josh Hartnett. The romantic comedy became one of the biggest box office flops in US film history. (In fact, Warren Beatty didn't appear on screen for 15 years afterwards following the film's poor performance.)

After the Town & Country debacle, MacDowell did appear in several TV movies, including Dinner with Friends and Riding the Bus with My Sister.

But although many fans wondered whether the actress' career simply faltered after the 1990s, the actress' change of pace was largely down to her own desire for normality.

"I think it was important to me to have a normal life," she told The Huffington Post in 2018.

"I don’t know that you can have a normal life. It was a sweet idea, and I tried super hard. I lived in North Carolina and Montana, and I did not focus very hard on my career," she said.

"I focused really hard on my children, and I had this concept that I wanted to give them something normal."

Speaking to The Washington Post in 2013, the actress shared that she is entirely happy remaining out of the spotlight.

"There's a deep piece of me that wants to be very personal and not share everything with everybody and not put it out there," she said.

"There's a piece of me that wants to hold on and not to have to be out in front. But there's another part of me that's perfectly fine with it. It's almost a dual personality." 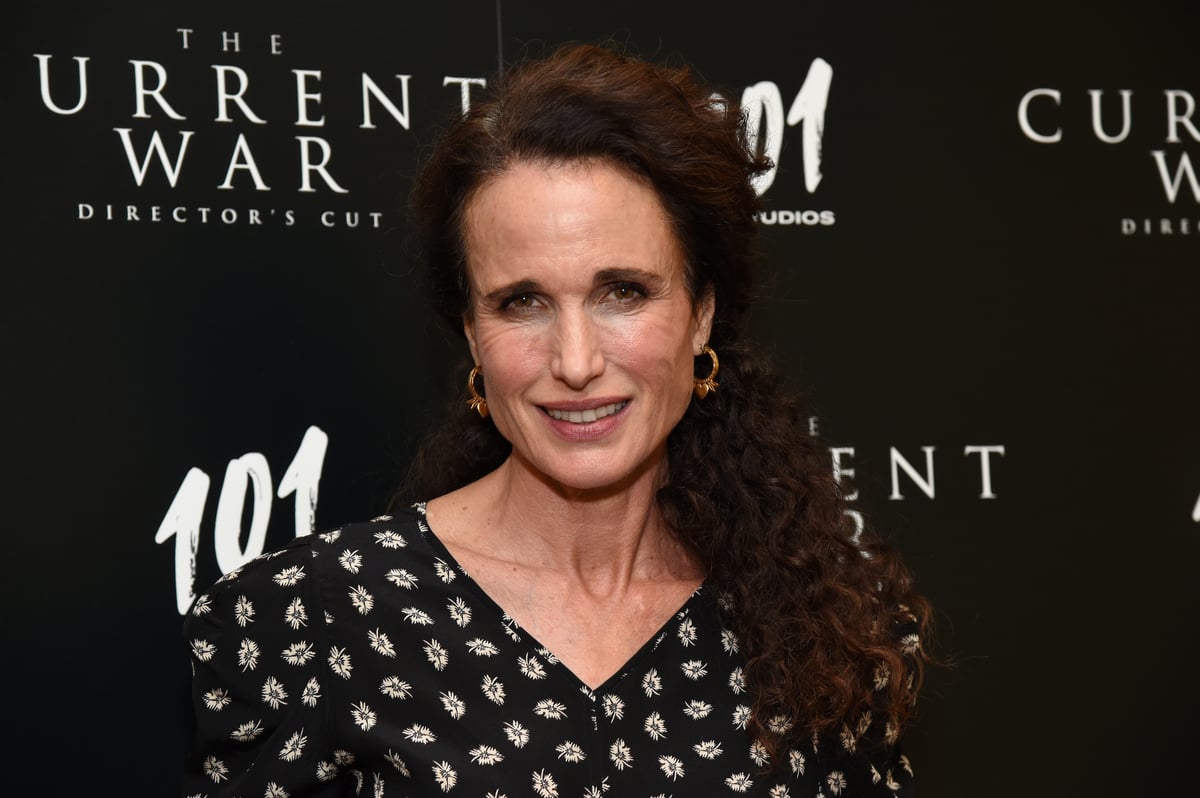 But while it seems that MacDowell has been rather absent in recent decades, she hasn't stopped working.

"I wish I was still choosing roles. That would be a really nice position to be in. I know what it feels like to be in that position but that’s not happening anymore. I’m waiting for roles but I’m still working, so I’m really fortunate."

The actress has appeared in a number of movies including Magic Mike XXL, Ready or Not, Love After Love, and The Last Laugh.

She has also taken on more TV roles, including roles in Cedar Cove, Cuckoo, Wireless, and a small cameo in Stan's Four Weddings and a Funeral remake.

"One of the reasons I didn't really want to do TV earlier in my career was because it is so life-consuming and I wanted to spend time with my kids and be a mother," she told Express.

"I didn't want to leave them. But as soon as my youngest daughter finished high school, I started thinking it would really be great."

As for her personal life, MacDowell married her first husband, model Paul Qualley, in 1986. 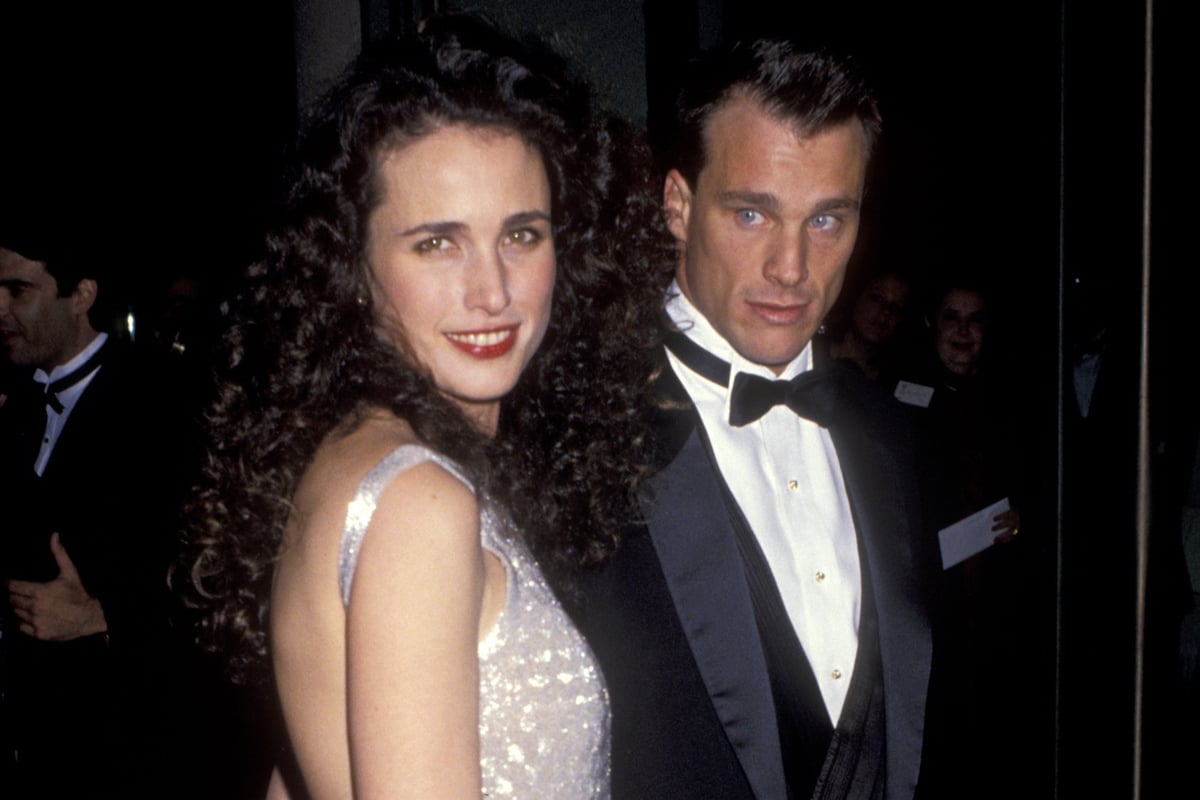 The pair divorced in 1999. Afterwards, MacDowell entered a year-long relationship with actor Dennis Quaid after the pair appeared together in Dinner with Friends. 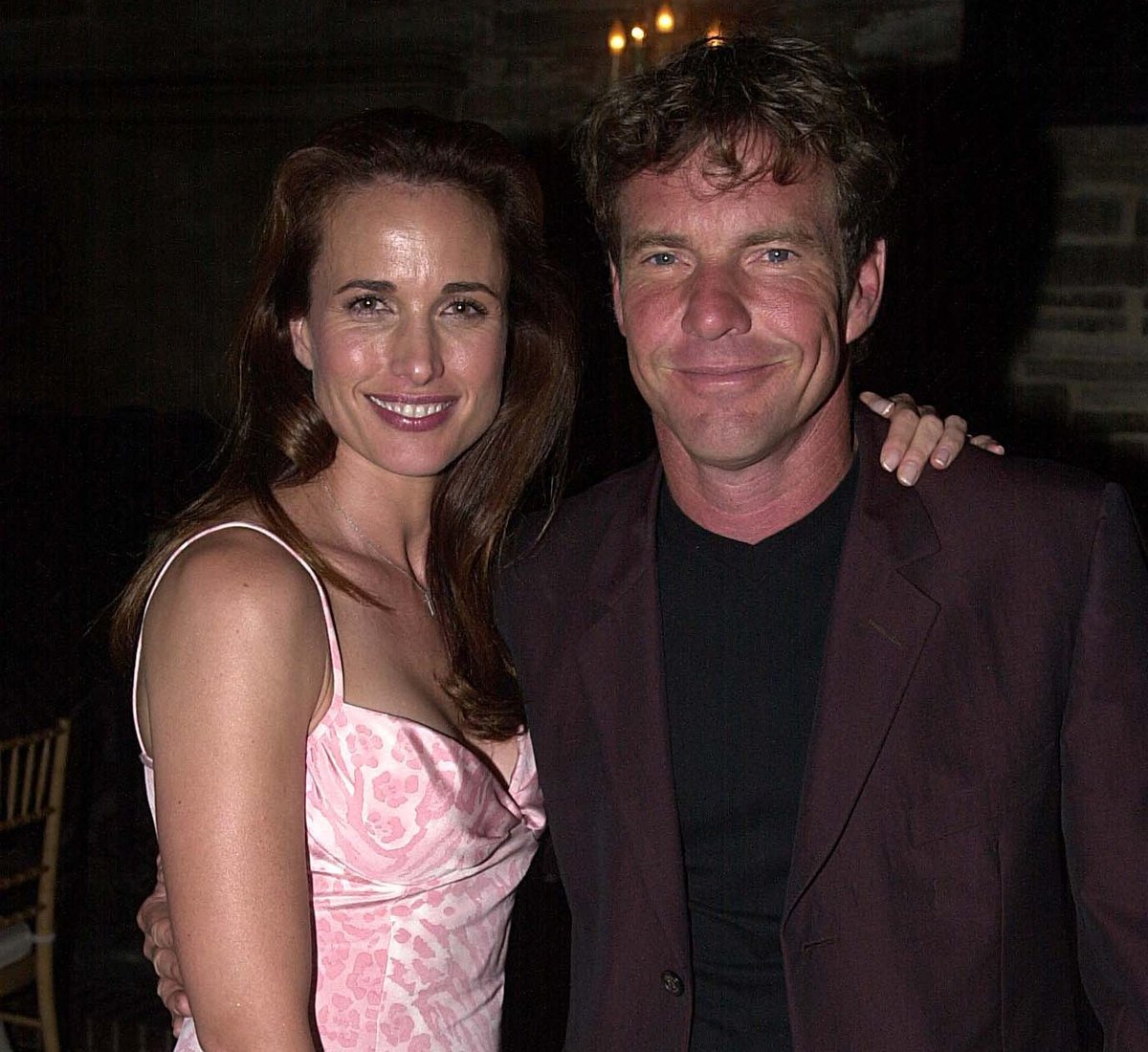 In 2001, MacDowell married her former high school classmate, Rhett Hartzog, until their divorce in 2004.

"It's not really something I like to talk about," she told The Washington Post, reflecting on her two divorces.

"Divorce is horrible. I wouldn't wish that on my worst enemy. I don't think it's anything that's ever completely resolved," she added,

"I can usually tell when a woman is going through a divorce because they look so gaunt and tired and sad. It's just a huge sadness. It's horrible. It's like death. You mourn, but the person's still there." 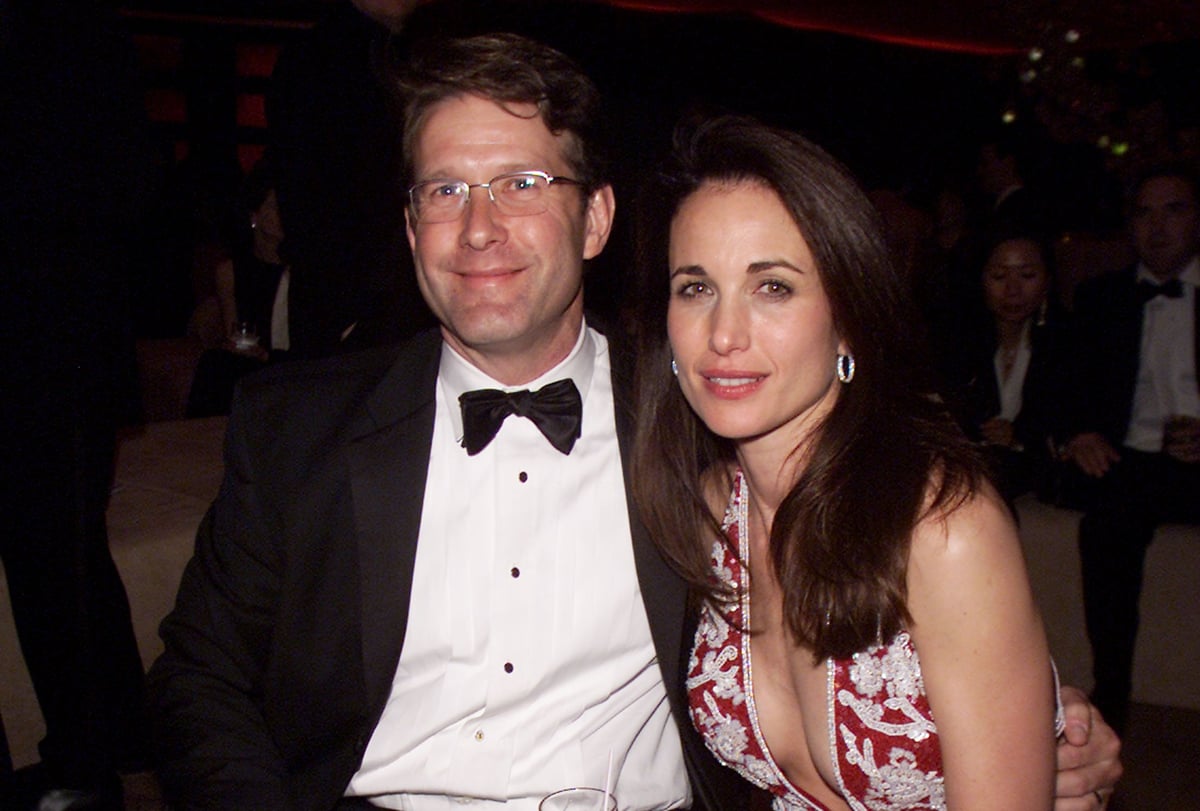 These days, the actress has been stepping out on red carpets proudly embracing her grey hair.

Speaking to PEOPLE in a new interview, the 64-year-old, who stopped dying her hair in the pandemic, said she was inspired to rock her natural hair colour after seeing her sister do the same.

"My sister's full-on silver and she's only 18 months older than me. I thought she looked so much more beautiful being silver. I was jealous," she told the publication. 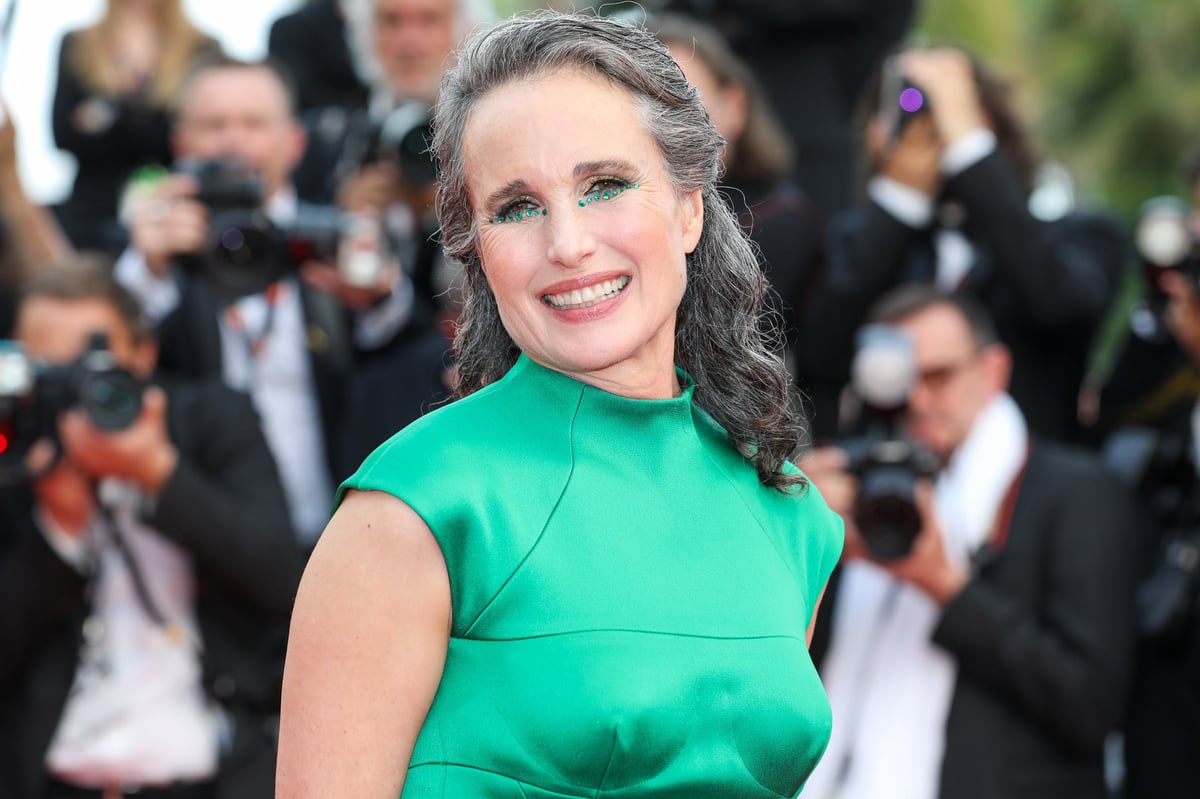 Andie MacDowell at the Cannes film festival in May 2022. Image: Getty.

"During COVID, I could see the roots with my face and with my skin and my eyes, and I liked it. I felt that I would be happier. And I am happier. I really like it."

"I'm 64, and this is the time of my life. Eventually, I'm going to be silver. And I wanted to have this experience of feeling what it is."

MacDowell also says she's trying to become more comfortable in her own skin as she gets older.

"Your belly gets bigger as you get older, too. And I've had three babies," she shared. "I'm constantly having to work on loving that part of my body. It's so hard."

The actress says her daughters, Rainey and Margaret Qualley, help remind her to not be so hard on herself.

"If I ever say anything demeaning about myself, because I've taught them not to do that, they'll say, 'Why are you doing what you told us not to do?'" 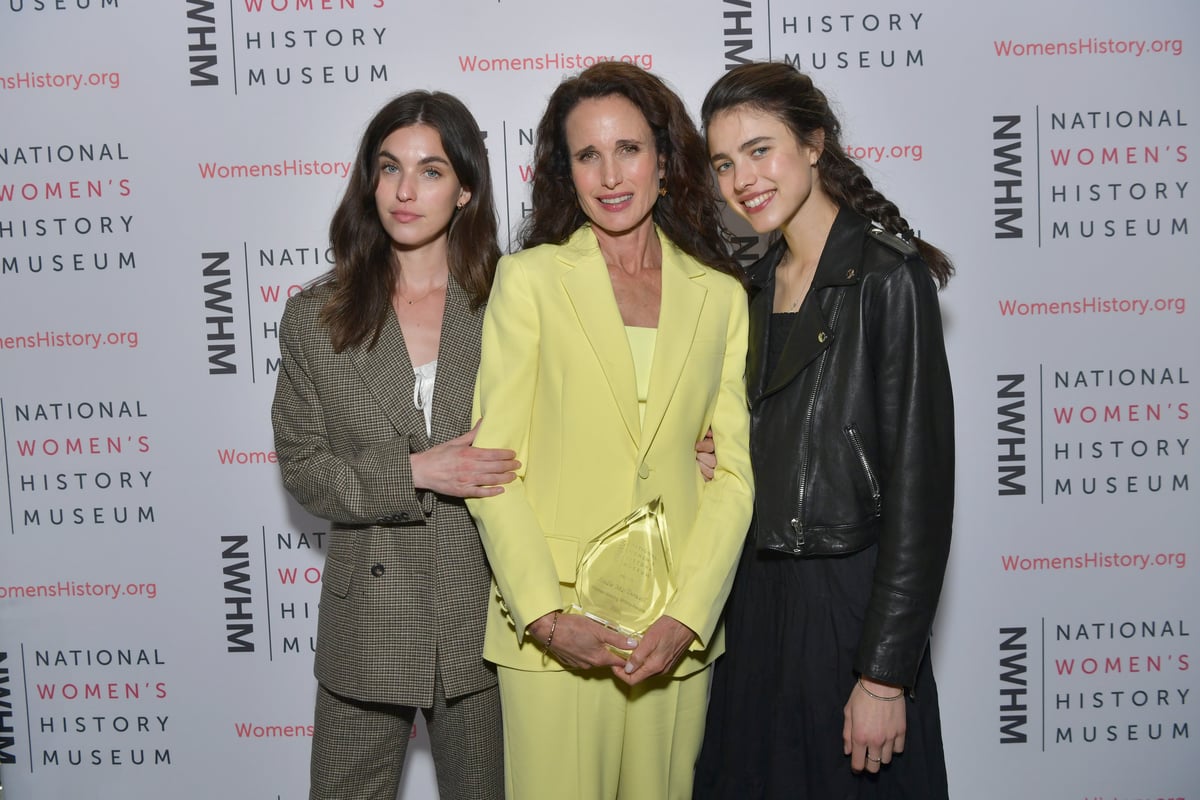 Rainey Qualley, Andie MacDowell and Margaret Qualley. Image: Getty. Rainey, 32, is best known for releasing music under the name Rainsford, while 27-year-old Margaret has appeared in TV series including The Leftovers and Fosse/Verdon as well as her breakout role in Once Upon a Time... In Hollywood alongside Brad Pitt. 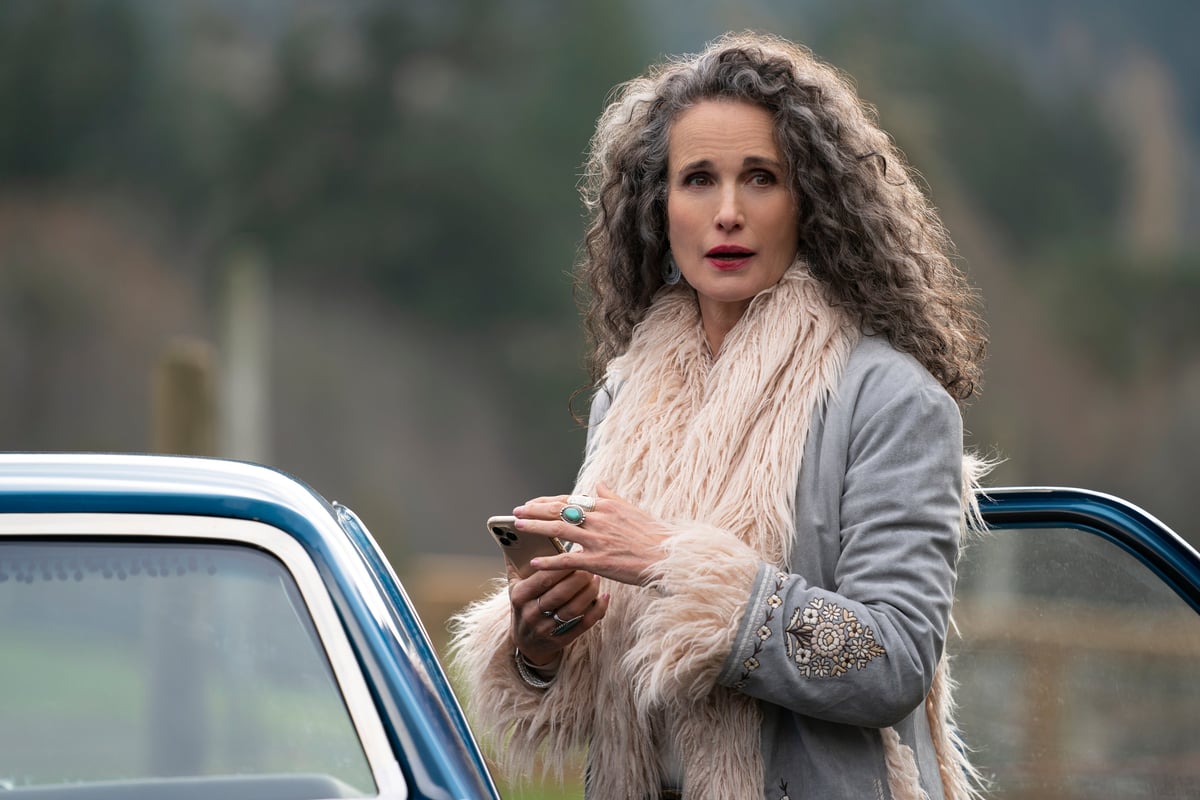 Speaking about working with her daughter, MacDowell said, "Every moment was precious for me".

"I really wanted to do a good job because it meant everything to me because I was scared it would never happen again," she told USA Today.

MacDowell says her daughter thought of her for the role, knowing she experienced a rough childhood with her own mother.

"I understand the complexity of a broken person, a person that you love regardless [of] how difficult they are. So it was a comfortable fit for me."

All 10 episodes of Maid are available to watch on Netflix now.

B
bowerbird 18 days ago

Reply
Upvote
Sounds like she’s lived a fulfilling life outside of the spotlight. Would love to see her in some new stuff. She’s a great actress!
K
kelloneill 9 months ago

Reply
Upvote
For some reason, her most memorable role to me was in St Elmo's Fire. She wasn't part of the Brat Pack and her role was only created as an object of infatuation for Emilio Estevez's character but she stood out to me. She played an ER Doctor and the shot of her as she picked up a small child and as she made her way through two hospital swinging doors was iconic. There were bright lights shining behind her and her hair looked like a halo. It was to depict how she was seen through the eyes of her admirer and it was so well done. I think she's great.
News
General
Opinion
True Crime
Politics
Sport
Explainer
Entertainment
Celebrity
Reality TV
Movies
TV
Books
Rogue
Royal
Lifestyle
Beauty
Fashion
Weddings
Home
Wellness
Health
Fitness
Travel
Food
Family
Before The Bump
Pregnancy
Baby
Kids
Teens
School
Parent Opinion
Work & Money
Money
Finance
Career
Lady Startup
Relationships
Sex
Dating
Separation
Friendship
Family
Real Life
Couples