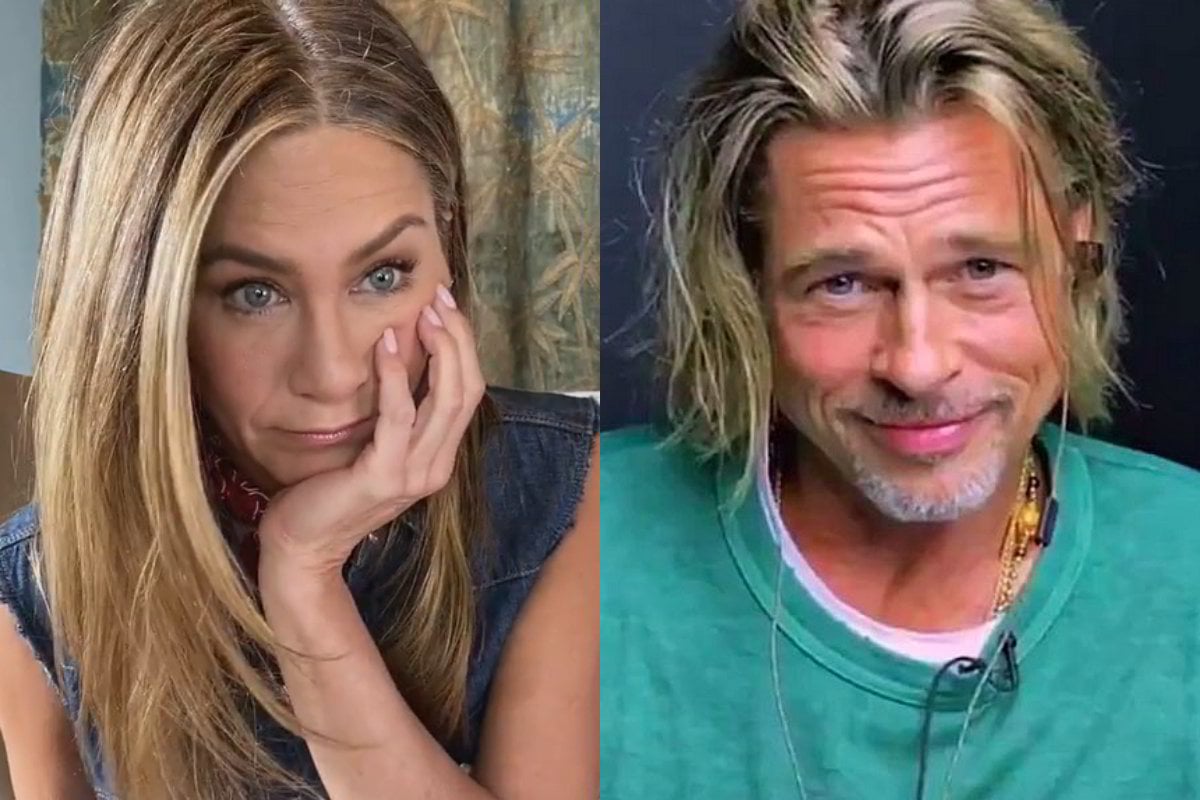 When Brad Pitt and Jennifer Aniston married in a lavish Malibu ceremony in 2000, it was the stuff of tabloid dreams.

Aniston was the biggest star in the biggest sitcom of all time, commanding a paycheck of $US1 million for every episode of Friends. And with his role in Fight Club, Pitt had just bare-knuckle fought his way into bonafide leading-man status.

This was a couple on equal footing.

But after their breakup five years later, everything changed.

Watch: Angelina Jolie on her difficult split from Brad Pitt.

Pitt had fallen for Angelina Jolie, a woman in complete opposition to the 'girl next door' archetype prescribed to Aniston. She was the tattooed, twice-divorced star of cult hits and action films, an Oscar winner with a mysterious, almost untouchable air. Aniston was the wholesome, innocent woman scorned.

Tabloids set to work weaving the 'poor Jen' narrative. And at that stage, fair enough.

Pitt and Jolie's affair on the set of Mr and Mrs Smith was — as far as they've conceded, anyway — a purely an emotional one. Yet within months of his separation from Aniston, the actor posed with his new partner in an intimate W magazine shoot titled "Domestic Bliss".

Aniston later admitted that she, like the rest of the world, was "shocked": "I'd be a robot if I said I didn't feel moments of anger, of hurt, of embarrassment," she told Vanity Fair in 2006.

That was 15 years ago, yet still the 'poor Jen' narrative persists.

It was there in lamentations about the end of her subsequent marriage to Justin Theroux. It was there in speculation about why she didn't have children. It was even there in assumptions that she celebrated Brangelina's 2016 breakup.

And it's there in the hope that she and Pitt will reunite.

Such is the level of investment in this long-ago couple that their mere presence in the same room as one another cripples social media.

It's happening now in the wake of their appearance in an all-star table-read of the 1982 classic, Fast Times at Ridgemont High.

The fundraising event, which took place over Zoom, brought together the likes of Julia Roberts, Morgan Freeman, Matthew McConaughey and Sean Penn. But nevermind that, because Brad Pitt and Jennifer Aniston were there... together... and they acted a sexy scene.

And my god, remember the SAG Awards?

Their split-second backstage interaction at the January ceremony had fans screaming hyperbole: "We will be telling our grandkids about this. That's how important this is," one tweeted; "This is too much to handle"; "Where do I get this tattooed?"; "I am not emotionally prepared," etc. etc.

*A Moment Like This plays faintly in the background* #CommentsByCelebs #SAGAwards

These are strangers. We can't possibly know if they're 'perfect for each other', if they 'belong together', or any other fairytale/Hollywood trope.

Yet we've simply bought so heavily into the 'poor Jen' narrative that our idea of a happy ending for Aniston is her (emotionally adulterous) ex-husband swooping back into her life.

The subtext here is still one of pity. Because that's what we've been told to feel toward single, childless women in middle age.

"The misconceptions are 'Jen can't keep a man,' and 'Jen refuses to have a baby because she's selfish and committed to her career.' Or that I'm sad and heartbroken. First, with all due respect, I'm not heartbroken," she told Instyle in 2018.

"And second, those are reckless assumptions... They don't know what I've been through medically or emotionally. There is a pressure on women to be mothers, and if they are not, then they’re deemed damaged goods. Maybe my purpose on this planet isn’t to procreate. Maybe I have other things I’m supposed to do?"

Other things like a Golden Globe nominated turn in Cake among other box-office leading films. Other things like producing multiple television series including the Emmy-winning The Morning Show in which she also starred (that's why she was actually at the SAG Awards... to collect her Best Actress trophy).

But 'poor Jen' because Brad Pitt hasn't come running back into her arms.

She moved on more than a decade ago. It's about time we did too.