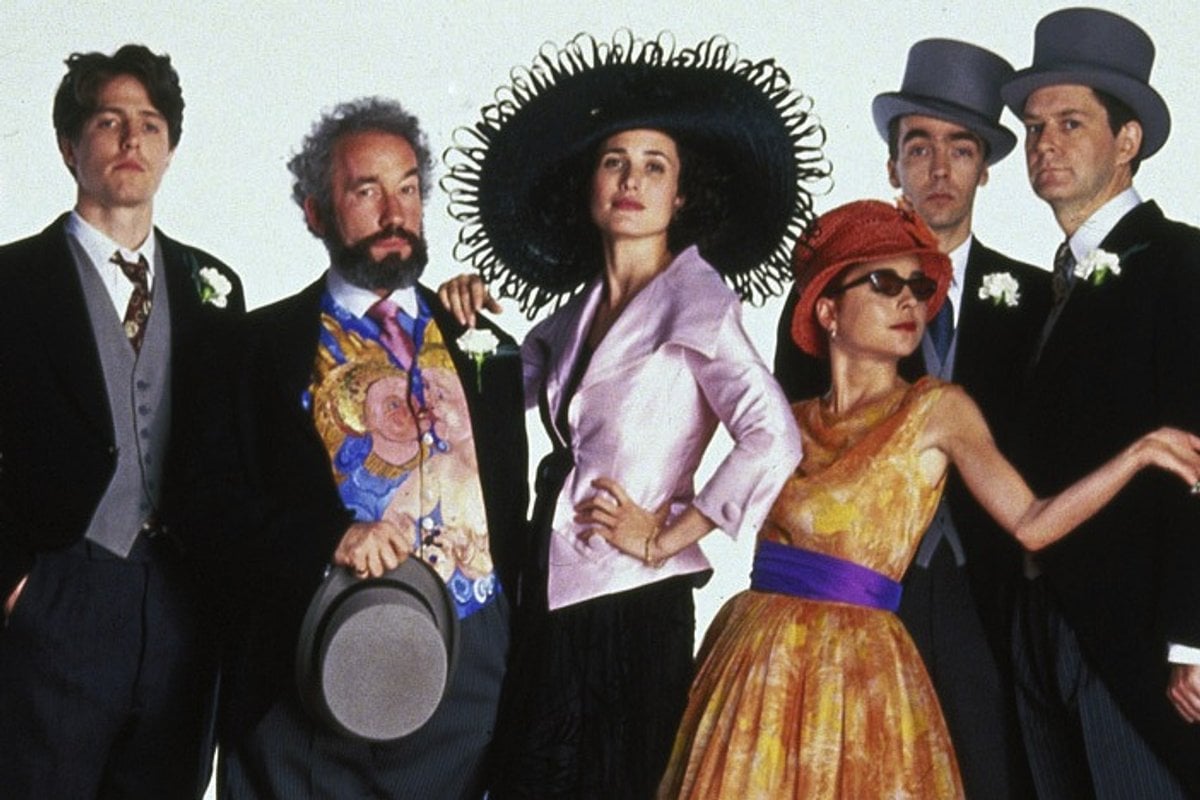 Four Weddings and a Funeral is one of the most loved British films of all time.

While it's been 26 years since the movie first hit our screens, the 1994 romantic comedy remains a fan favourite.

And now, the iconic film has been revisited in a new miniseries.

Watch the trailer for Stan's Four Weddings and a Funeral below. Post continues after video.

The new 10 episode series, which drops on Stan on December 18, follows the lives of four American friends who meet up in London for a wedding.

Starring the likes of Game of Thrones star Nathalie Emmanuel, The Mindy Project's Rebecca Rittenhouse, and Search Party's John Reynolds, the adaption was created and written by Mindy Kaling.

But before you spend your weekend binge-watching the new adaption, take a look at where the original film's cast are now. 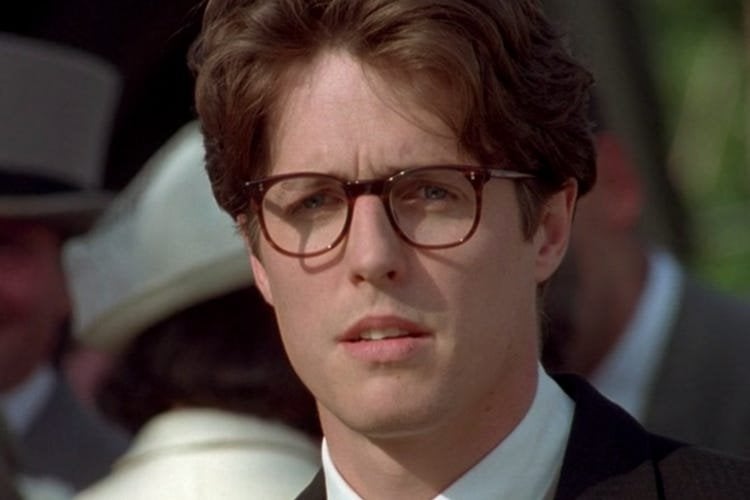 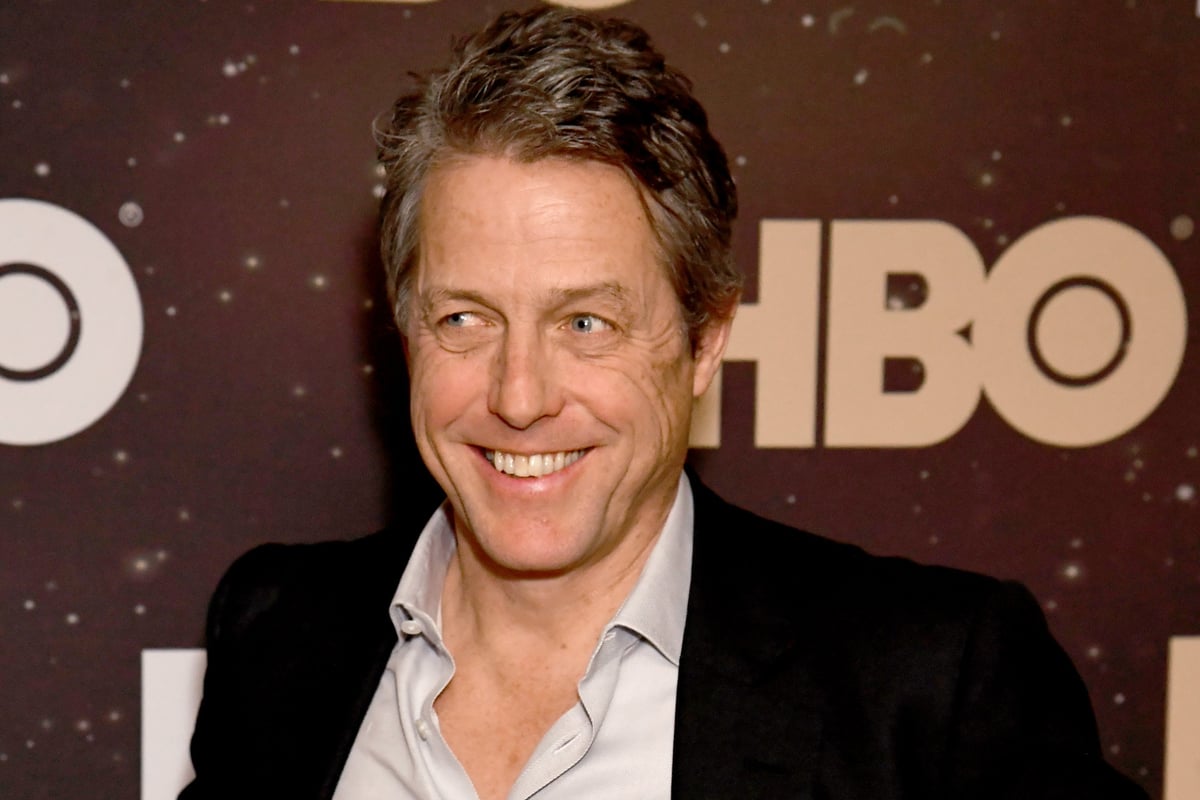 Hugh Grant starred as the film’s protagonist, Charles; a committed bachelor. Grant’s break out role in Four Weddings and a Funeral propelled him into the spotlight, despite him believing the movie was "awful" while filming. He also picked up a BAFTA and golden Globe for his performance.

Playing the character of Charles typecast Grant into the role of bohemian debonair bachelor, the character he went on to play in many future (and highly successful) films including Notting Hill, Nine Months, Two Weeks Notice and Bridget Jones’s Diary.

Despite tremendous success, it didn’t take long for Grant to fall quite spectacularly from grace. In 1995 he was arrested for lewd conduct in a public space with sex worker Divine Brown in Los Angeles while on a promotional tour for his new film Nine Months.

Despite this, Grant’s highly publicised relationship with fellow actress Liz Hurley lasted 13 years, (even throughout the Divine Brown scandal) after they met on the set of the film Remando Al Viento in 1988. Clearly on good terms, he is now godfather to her son Damian.

Grant is the father to five children, two with Tinglan Hong, and three with Swedish television producer Anna Eberstein. Grant and Eberstein married in 2018.

In more recent years, Grant has starred in The Gentleman and The Undoing. 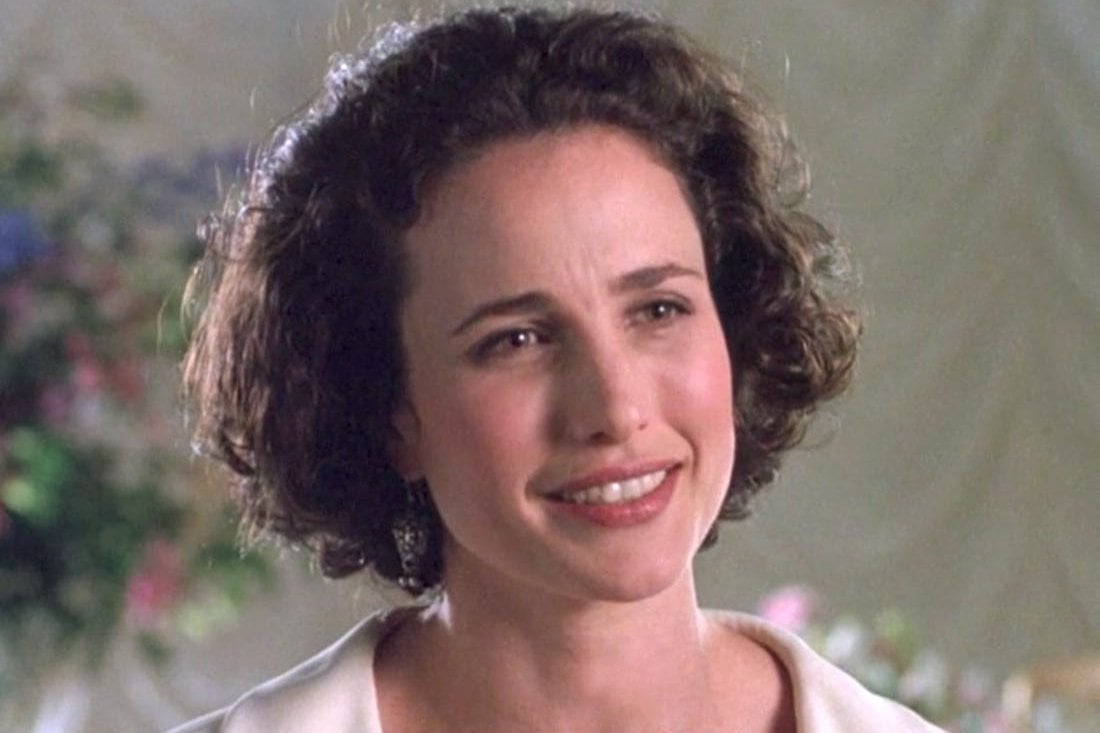 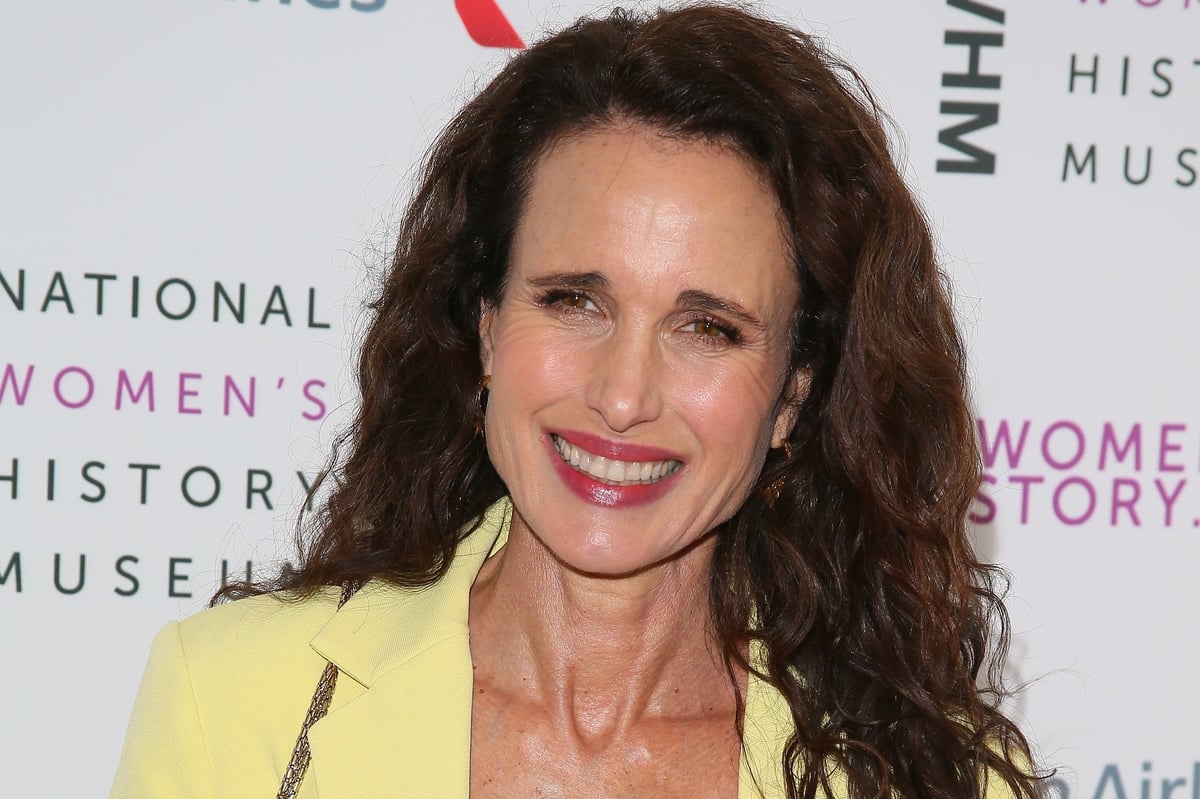 Andie MacDowell’s character, Carrie, was Charles' love interest in the film. Despite many hurdles along the way, they finally end up together in the end, or as they would call it, happily unmarried ever after.

MacDowell began her career as a model when she was discovered by Wilhelmina Models and went on to model for Vogue, and campaigns for Yves Saint Laurent and Armani perfume before becoming an actress. MacDowell achieved stardom with her performance in the 1993 hit Groundhog Day.

Since the film, MacDowell has continued to feature in film and television roles, most notably the film Multiplicity.

Her most recognisable work is as one of the faces of L'Oréal cosmetics and hair care which began in 1986 and continues today. She celebrated 30 years with the company in 2016.

MacDowell has been married and divorced twice and also had a yearlong affair with actor Dennis Quaid. She has three children, one son and two daughters with her first husband, fellow model, Paul Qualley.

Her most recent roles include TV series Wireless, The Dress Up Gang, and a brief cameo in the Four Weddings and a Funeral series on Stan. 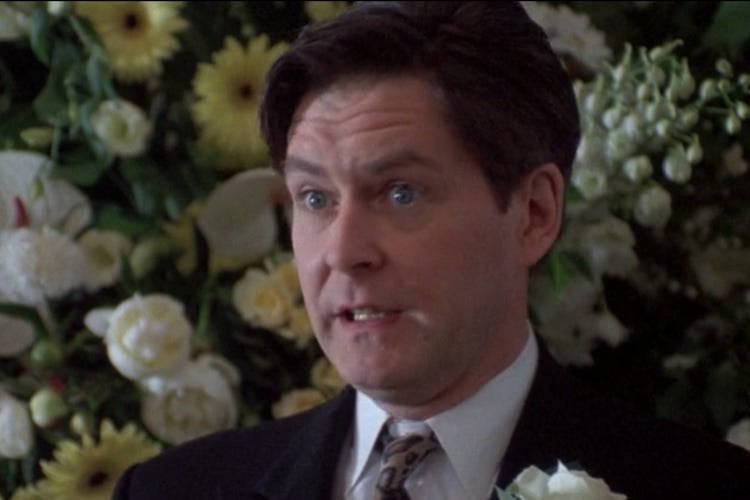 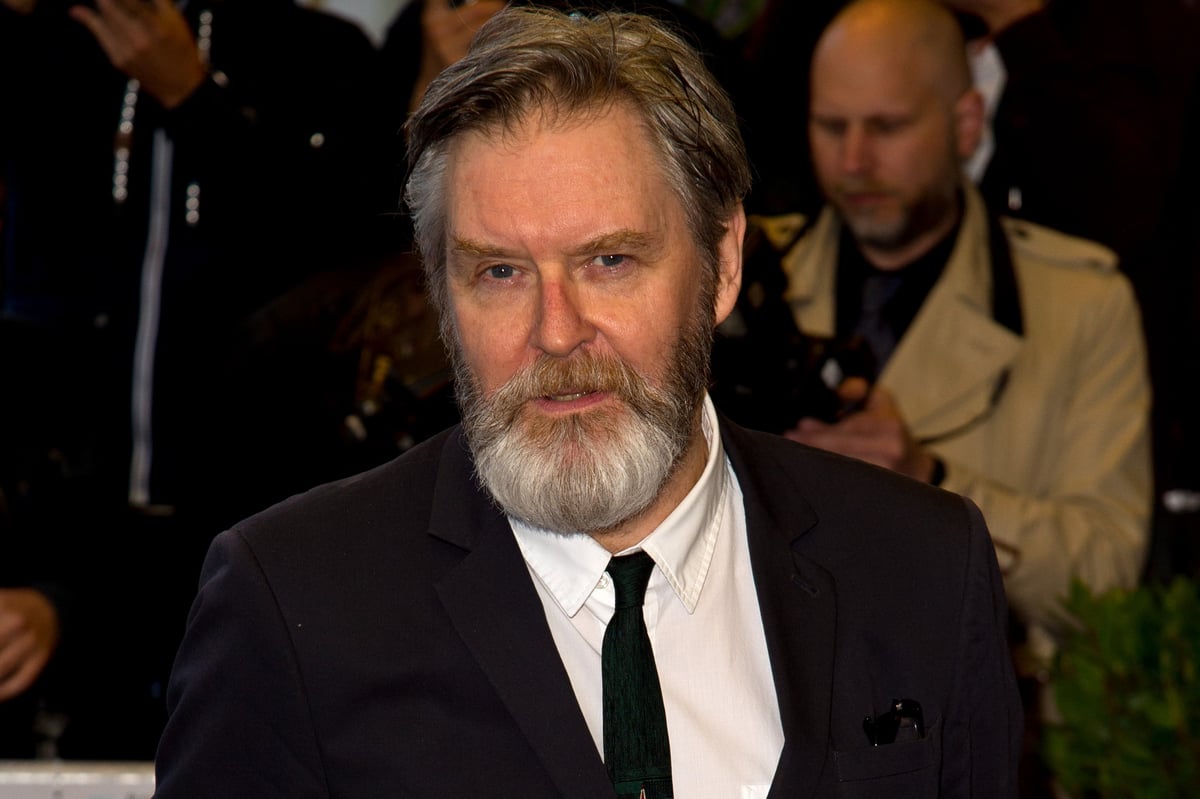 Appearing on radio, stage, film and television, James Fleet has had a long and varied career, predominantly within the UK.

Other than playing the role of Hugh Grant’s character’s friend, Tom, in Four Weddings and a Funeral, Fleet is probably best known for his role on the Vicar of Dibley, Hugo Horton, who he played for over 20 years from 1994 until the show ended in 2015.

In recent years, the actor has appeared in series Belgravia and The Watch.

Fleet lives in Oxfordshire, UK with his wife Jane and their only child, a son Hamish. 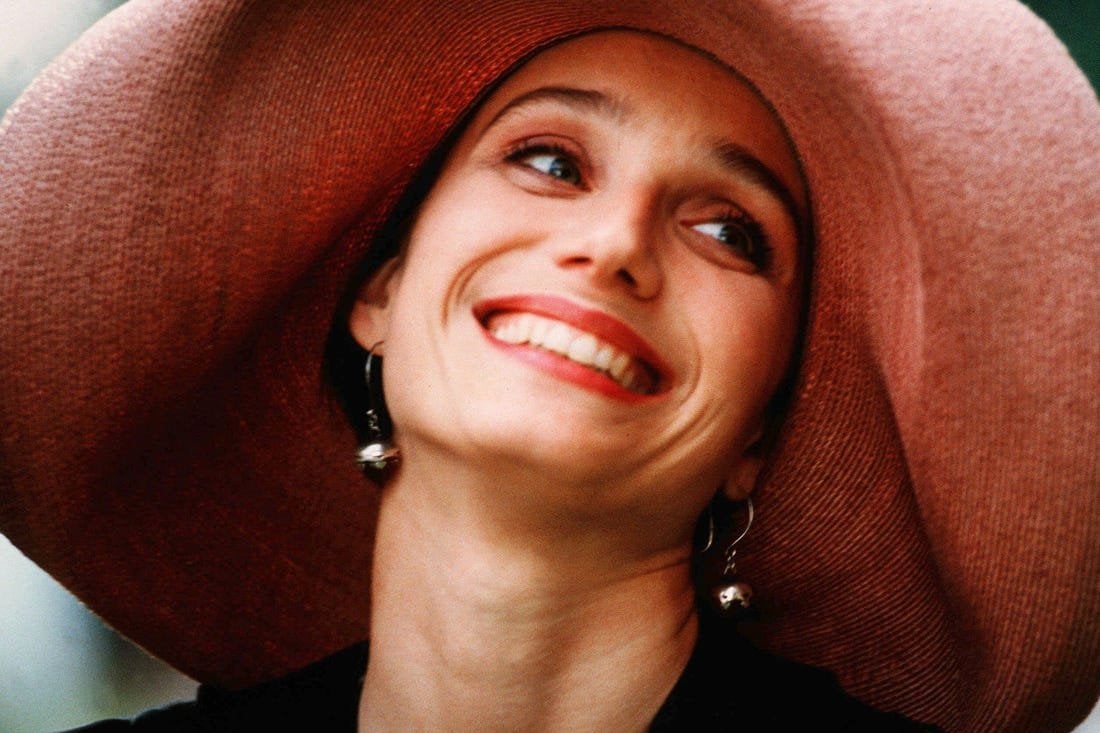 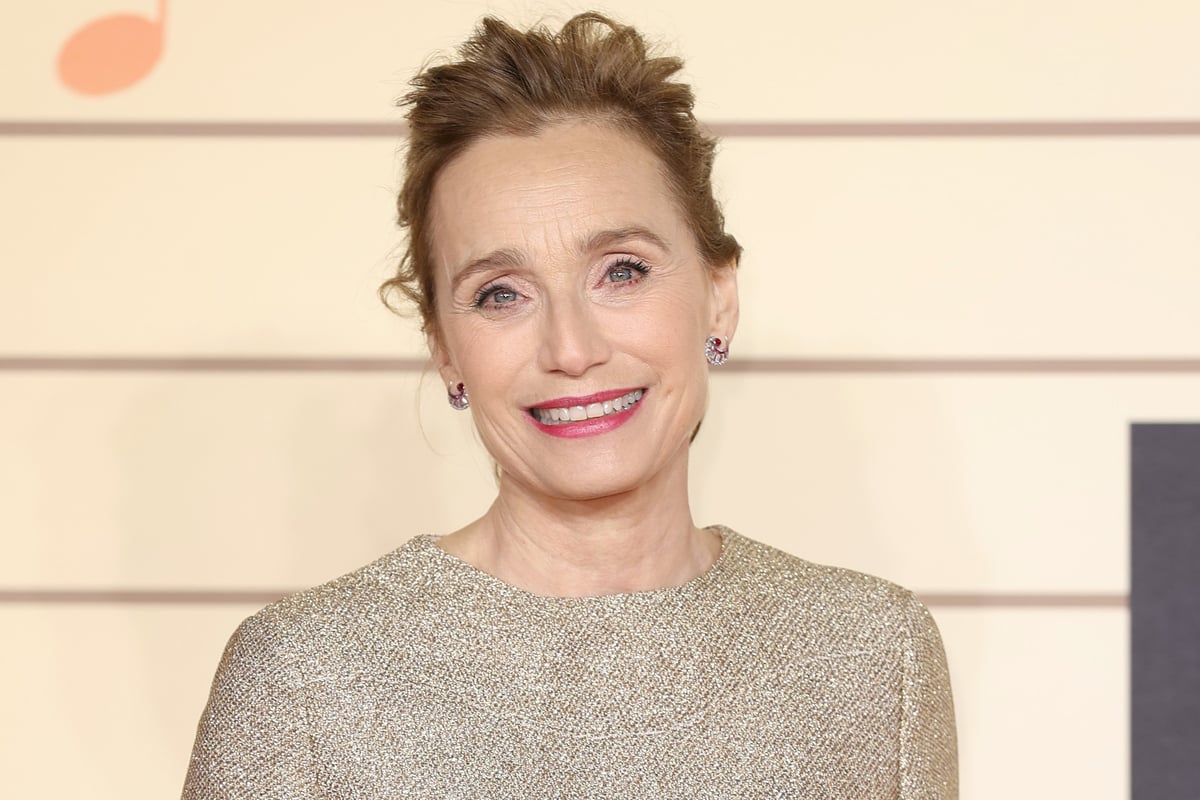 Kristin Scott Thomas won a BAFTA for Best Supporting Actress for her portrayal of Fiona in Four Weddings and a Funeral.

Her most well-known role though was Katharine Clifton in The English Patient in 1996 which saw her nominated for an Academy Award and Golden Globe, and receive widespread critical acclaim.

After a brief stint in Hollywood, playing roles in the Horse Whisperer and Random Hearts, she took time off from acting and had her third child with French husband, François Olivennes whom she has two other children with. They have since divorced.

Still acting in various capacities, including appearances in Netflix's Rebecca and series Fleabag, Scott Thomas spends most of her time in France, where she has lived since she was 19. 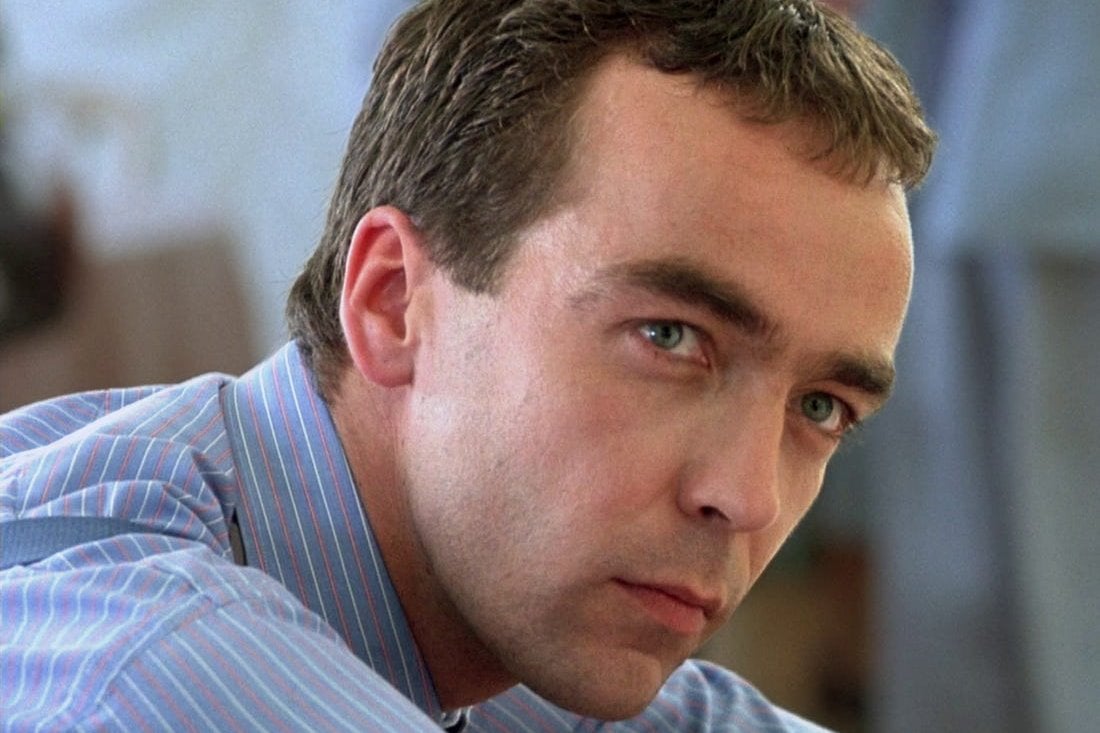 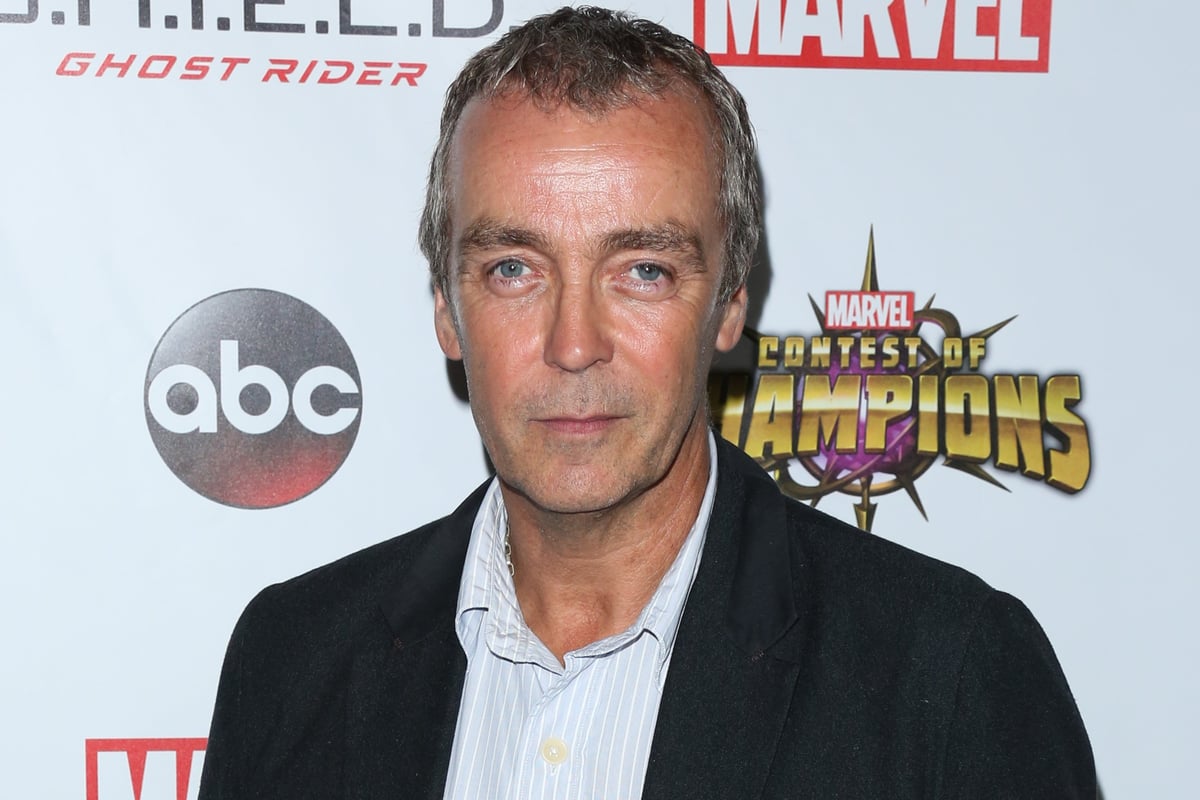 Apprentice electrician turned actor, John Hannah played the role of Matthew, another one of Charles’ friends in the romantic comedy classic.

Since Four Weddings he has gone on to feature in Sliding Doors alongside Gwyneth Paltrow as well as The Mummy trilogy.

Hannah has worked in television, most recently in Agents of S.H.I.E.L.D, The Victim and Transplant.

Hannah is married with two children and is a spokesperson for the Epilepsy Association of Scotland and Oxfam. 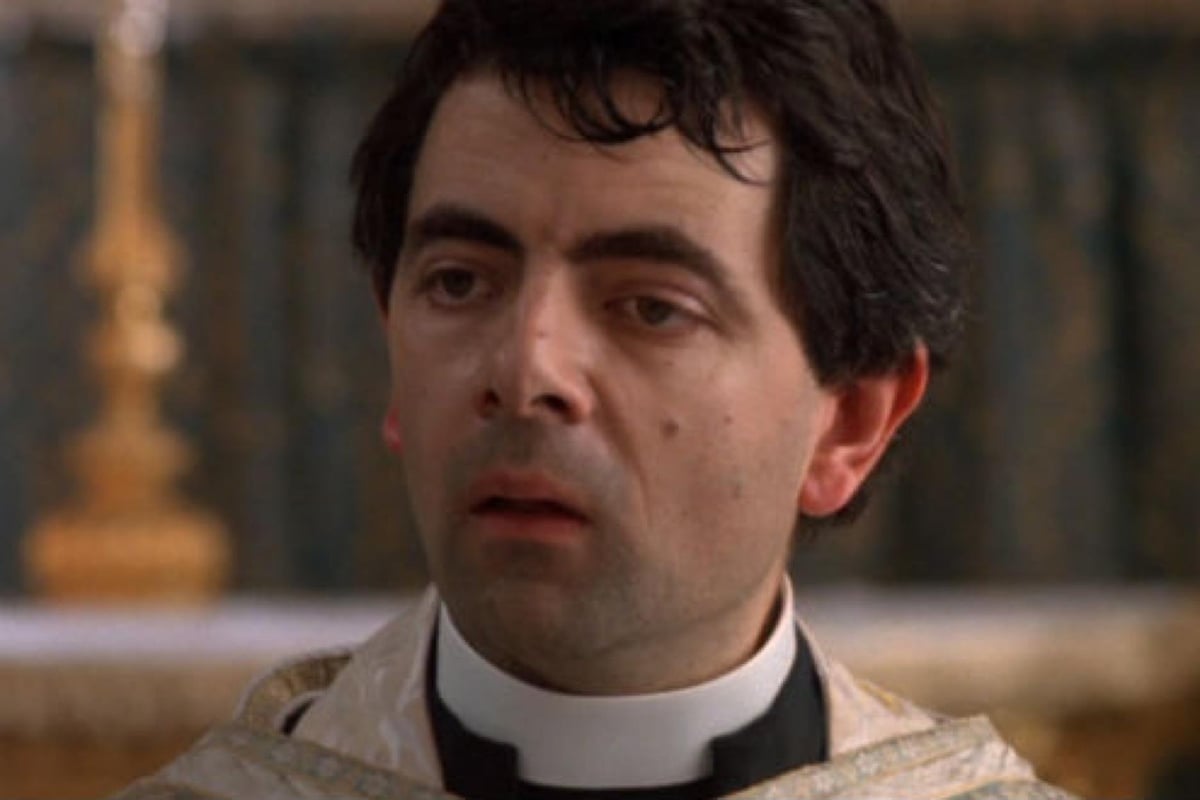 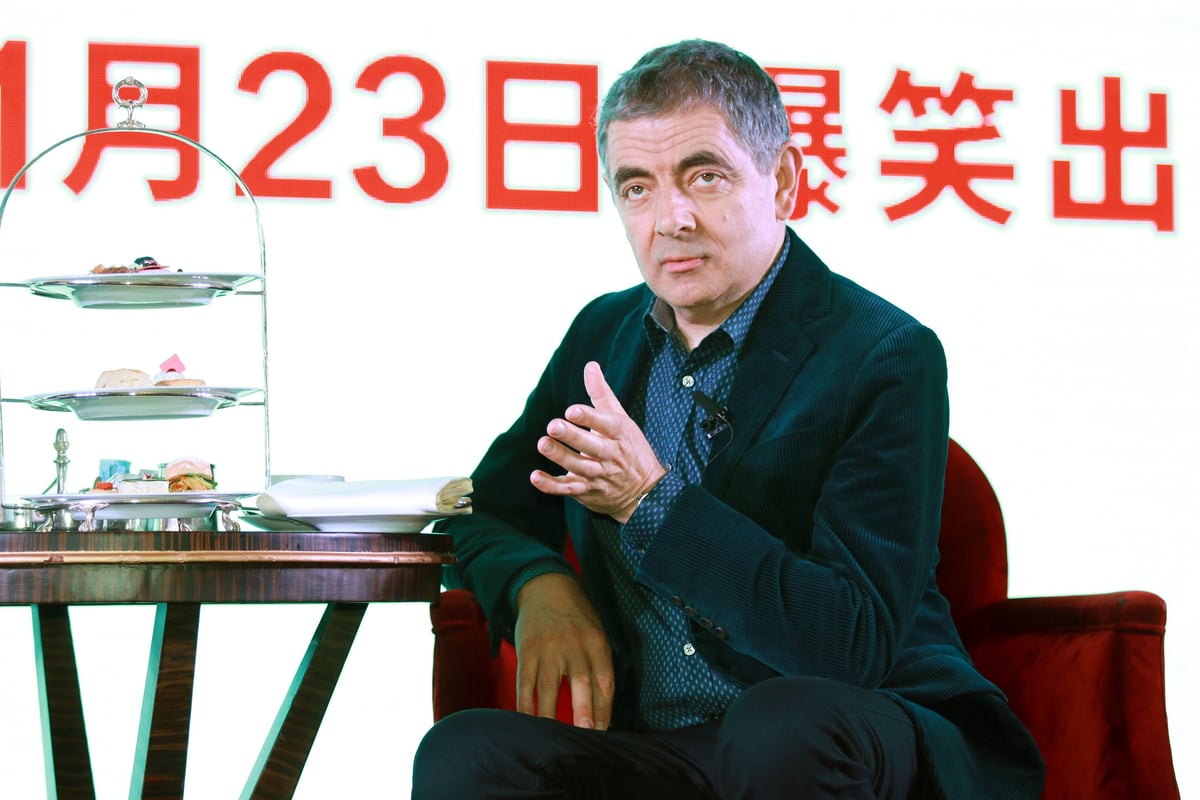 Probably one of the most well-known actors from the film despite only having the small role of Father Gerald, Rowan Atkinson aka Mr Bean has achieved incredible success since the release of Four Weddings and a Funeral.

The comedian’s portrayal of the childlike Mr Bean has made him a household name around the world and the franchise has also been depicted in stand-up comedy, films, an animated series, and books.

Atkinson also starred as Edmund Blackadder in Blackadder, which was voted the second best British sitcom of all time by the BBC in 2003 and 2004.

Since then he has starred in the Johnny English film series, which parodies the James Bond secret agent genre. Although a critical flop, the films were very successful at the box office.

In 2013, Atkinson was appointed the Order of the British Empire for his services to drama and charity.

Atkinson has been married twice and has three children, his youngest was born in 2017. 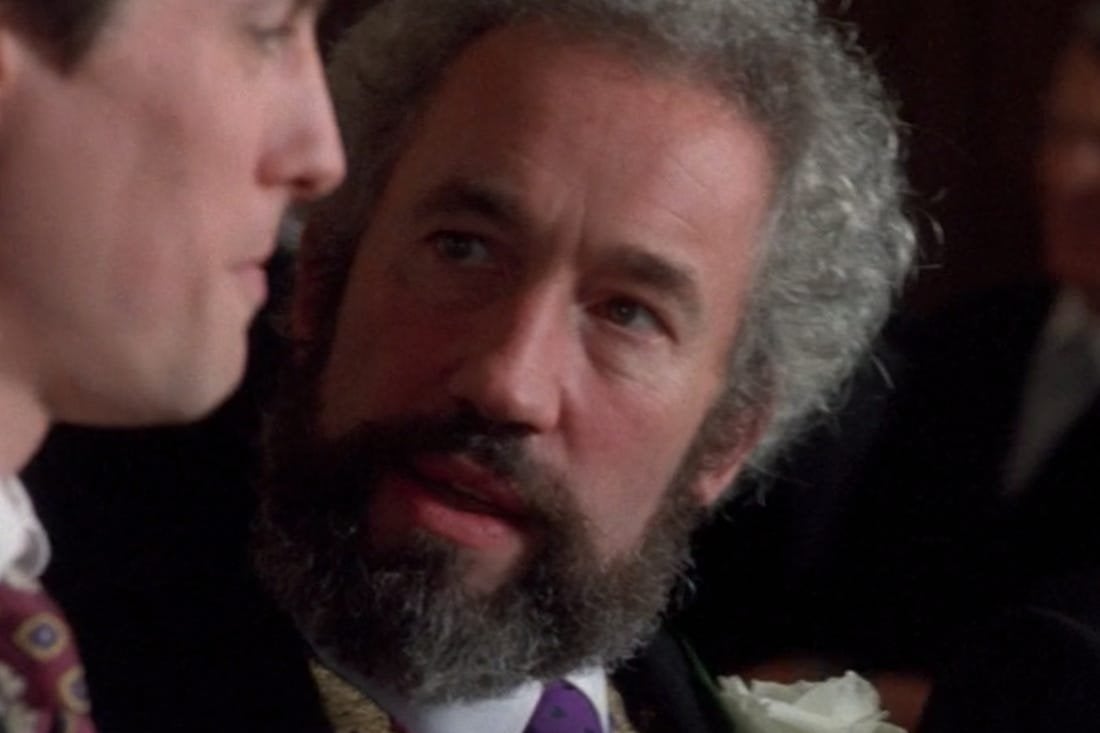 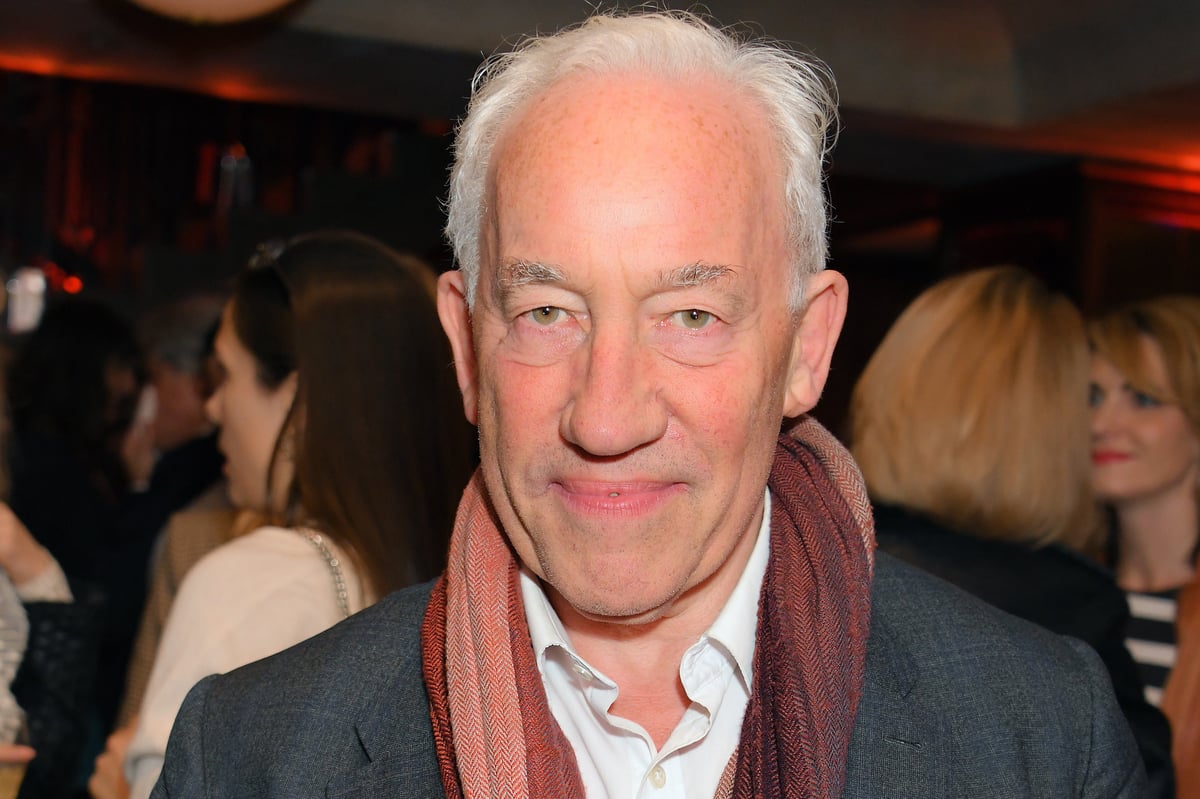 Simon Callow played Gareth, a friend of Charles who suddenly dies of a heart attack at the third wedding in the film.

Callow has had an extensive career in theatre and film.

He has appeared in the likes of A Room with a View, Shakespeare in Love, and The Phantom of the Opera and more recently, Callow had a role on TV series Outlander as the Duke of Sandringham.

The 71-year-old, who released his book Being An Actor in 1984, was one of the first actors to declare his homosexuality publicly. 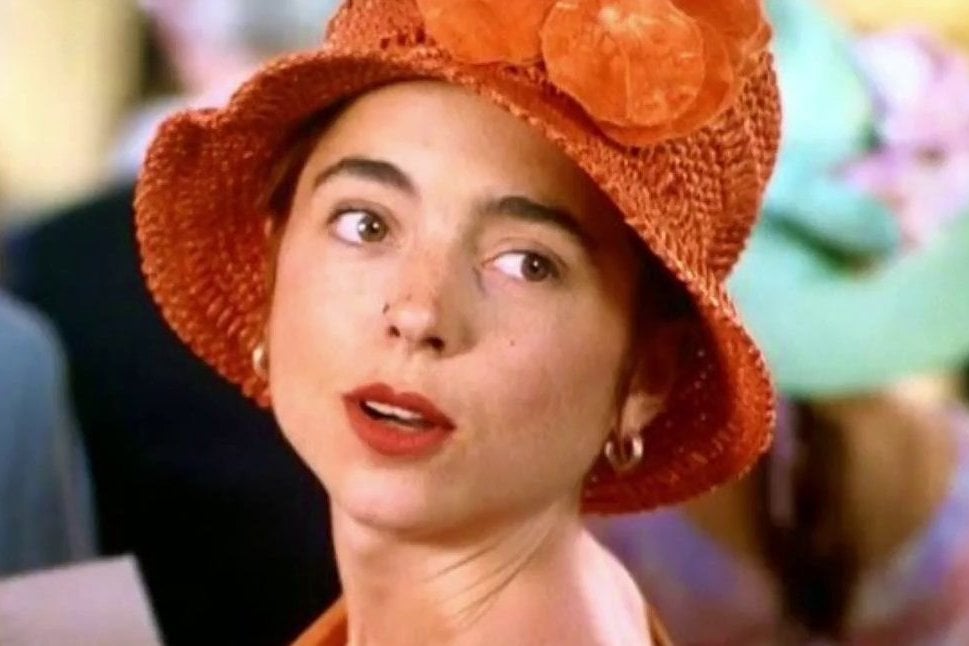 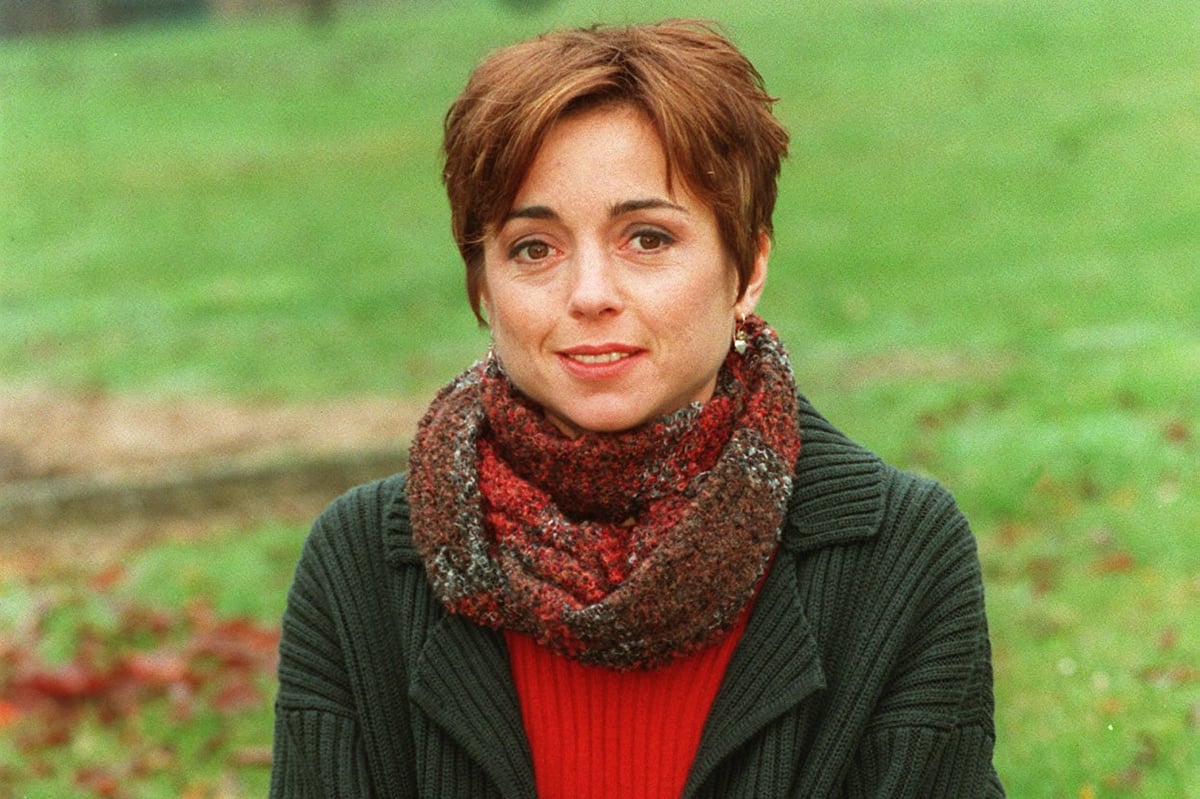 Charlotte Coleman appeared in the film as Scarlett, Charles' roommate.

At the end of the film, Scarlett marries an American man named Chester.

After Four Weddings and a Funeral, Coleman appeared in the 1999 film Beautiful People and TV series Love in the 21st Century.

However, the actress passed away in 2001 following an acute bronchial asthma attack. She was 33 years old.

The new miniseries, Four Weddings and a Funeral, is available to watch on Stan from December 18, 2020.