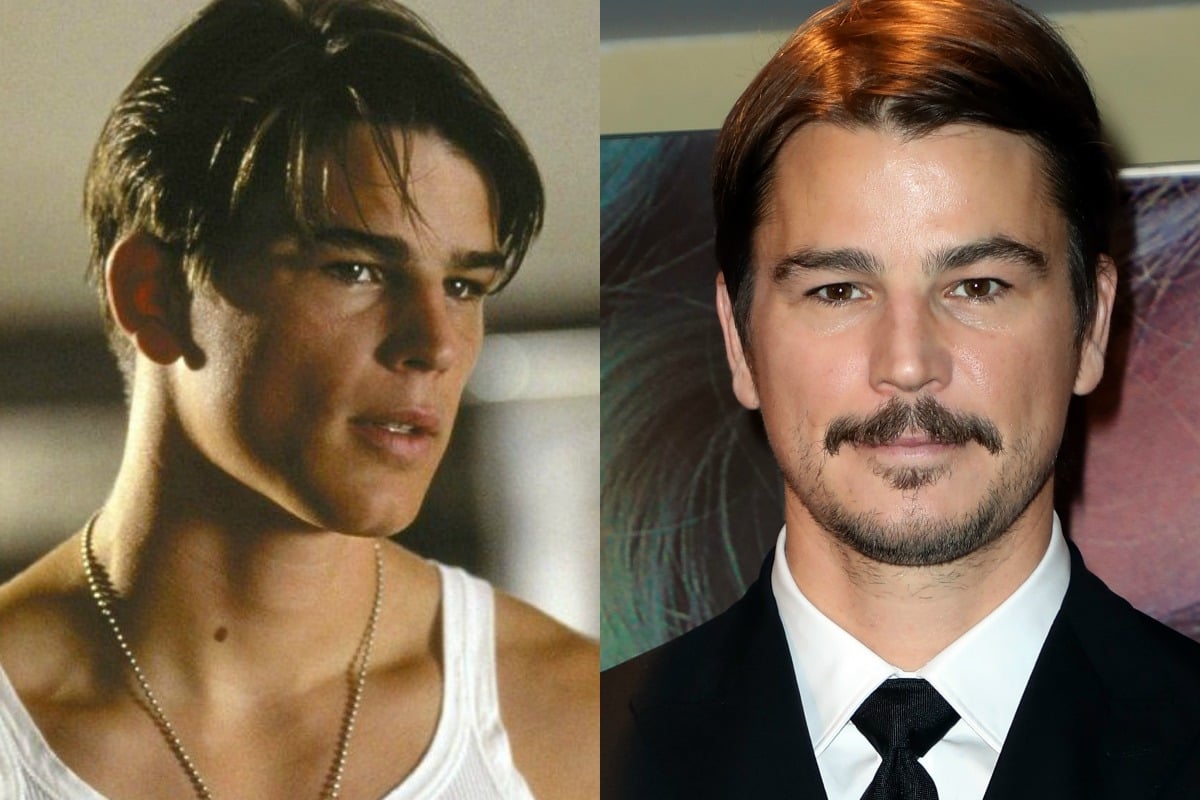 At the start of the new millennium, Josh Hartnett was destined to be the next big name in Hollywood.

Hartnett, who was compared to the likes of Matt Damon and Leonardo DiCaprio, virtually dominated the Hollywood scene between 2001 and 2003, starring in multiple films between the ages of 19 and 23.

But within just years of his career skyrocketing, the now 43-year-old seemingly faded away from the spotlight. 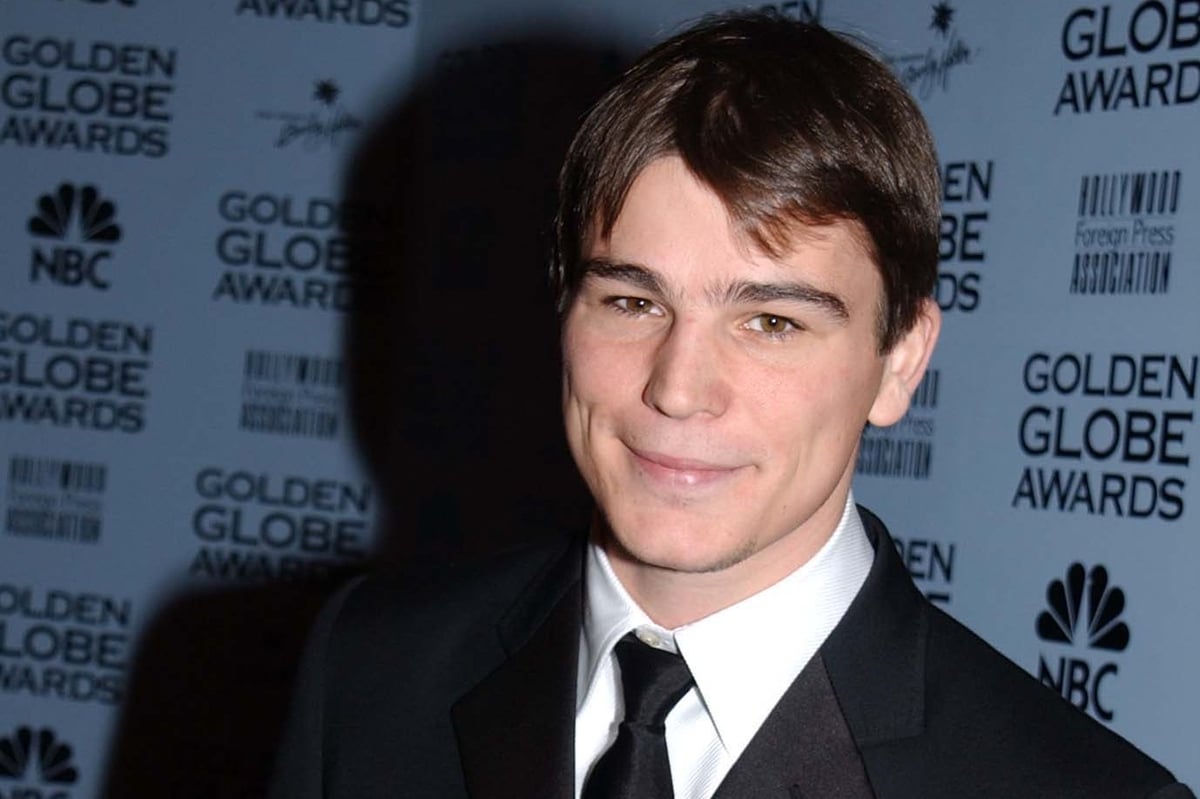 Hartnett was born in 1978 in Saint Paul, Minnesota to Daniel Thomas Hartnett and Wendy Anne Kronstedt.

He was raised by his building manager father and his stepmother, Molly, alongside his three younger half-siblings.

During his high school days, Hartnett had little interest in acting as he was more interested in sports.

But when an injury forced him to stop playing football, he turned his attention to acting, auditioning for the role of Huckleberry Finn in a stage production of Tom Sawyer.

After graduating high school, Hartnett moved to New York where he attended the Conservatory of Theatre Arts & Film.

Hartnett's time at the school was short-lived and after one year, he jumped ship to California.

Not long after moving to Los Angeles, the 19-year-old achieved the impossible, almost immediately making a name for himself in Hollywood with his role on drama series Cracker: Mind Over Murder, which ran from 1997 to 1999. 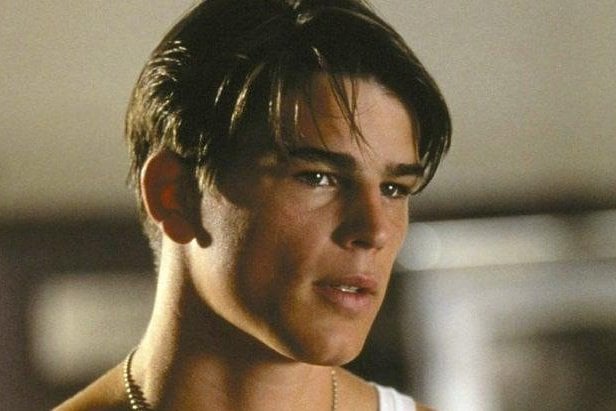 "I got kicked out of acting school, so I had to do something," Hartnett reportedly told Rolling Stone in 1999.

"Well, they didn't really kick me out; they just said I could leave if I wanted to."

While appearing on the TV show, the young actor earned roles in the 1998 slasher horror film Halloween H20: 20 Years Later opposite Jamie Lee Curtis and science fiction horror The Faculty, which starred the likes of Salma Hayek and Elijah Wood.

At the time, the New York Post claimed: "Josh Hartnett could become a Hollywood legend."

And in the years that followed, Hartnett's career trajectory certainly mirrored just that.

In his early twenties, Hartnett landed roles in high-profile films Pearl Harbour and Black Hawk Down, before going on to appear in comedy 40 Days and 40 Nights, thriller Sin City and O, which was a modern re-telling of Shakespeare's Othello.

In the early 2000s, the actor's face was virtually everywhere. Not only was the Black Hawk Down star a constant on the bedroom walls of teenagers around the world, he also earned a place in People's Most Beautiful People List in 2002 and appeared on countless magazine covers.

As for his personal life, Hartnett was stalked by the paparazzi, and linked to several of his famous co-stars. 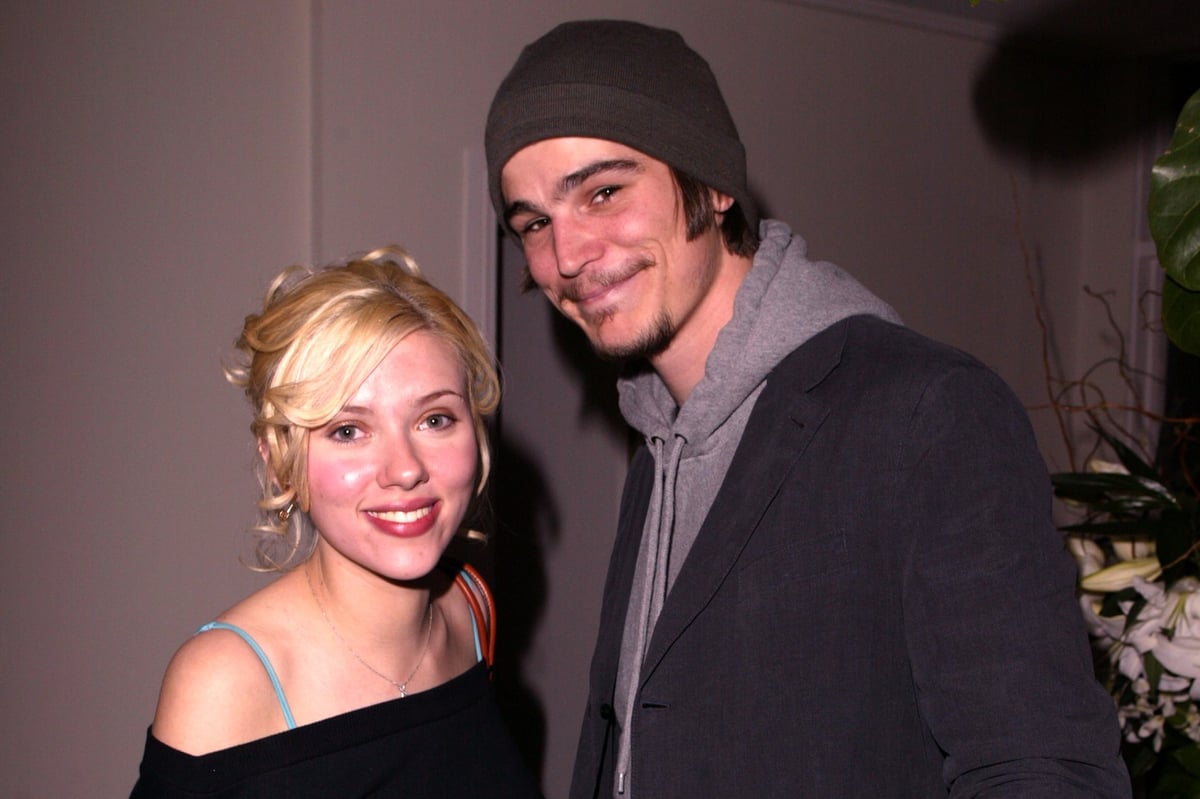 While many of the relationship rumours surrounding the actor were just that – rumours – Hartnett did date a number of his co-stars in the early years of his career.

He dated Julia Stiles for two years after meeting her on the set of O, and had a high-profile year-long relationship with Scarlett Johansson after they starred in The Black Dahlia in 2006.

Later on in his career, Hartnett was also linked to Gemma Ward, Rihanna, Mischa Barton, and Amanda Seyfried. 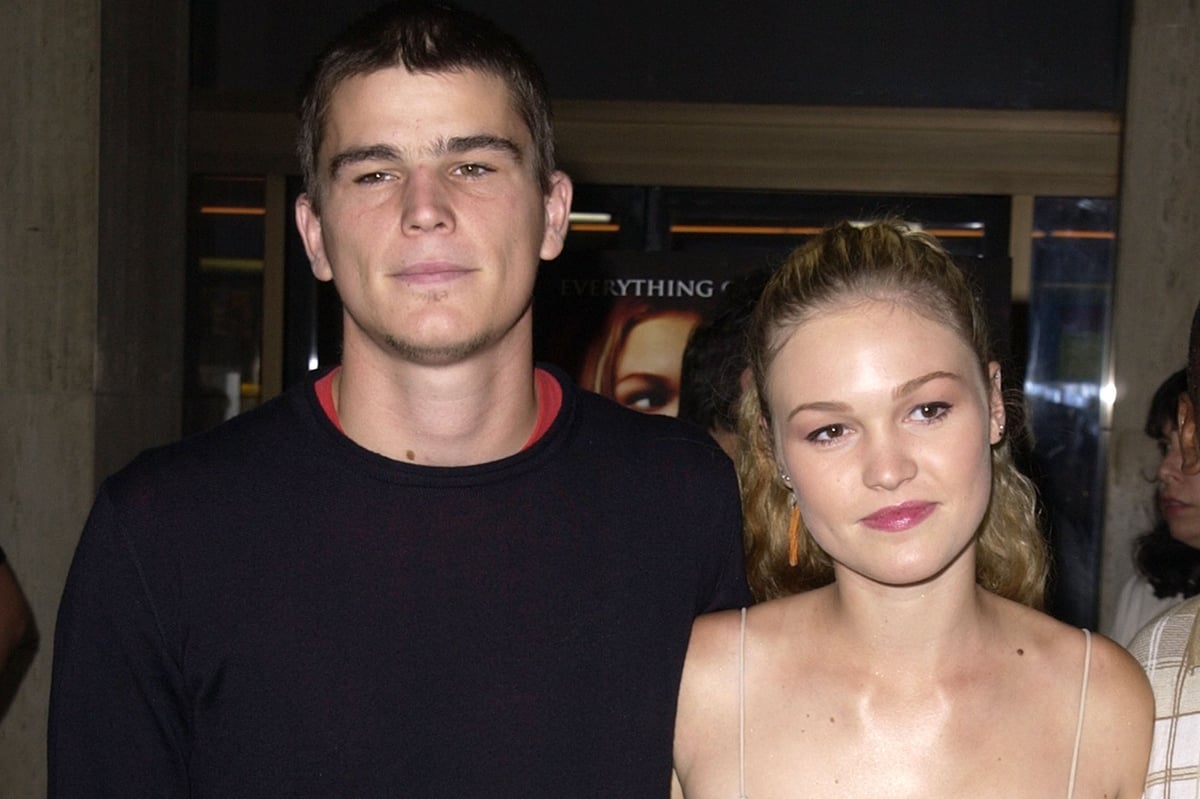 When asked about dating his co-stars, Hartnett told Elle: "I don't recommend it to young actors. You can make a lot of enemies in the business that way. But when you work with somebody every day, it's like trial dating. You develop a fantasy about them. It doesn't always work out, does it?"

At the peak of his acting career, Hartnett was seen by many as one of Hollywood's most promising stars.

But by 2006, the movie offers started to dry up for Josh Hartnett as he seemingly dropped off the public radar.

"I was on the cover of every magazine. I couldn’t really go anywhere. I didn’t feel comfortable in my own skin. I was alone," he told Details in 2014, according to news.com.au.

For 18 months, Hartnett took a complete break from Hollywood.

"I think it can be an unhealthy environment," he told The Huffington Post of his departure.

He also shared that he didn't feel like he had much control over his career in the early years.

"I started doing what I did as an actor very young. I was 18 when I landed my first role and it was only based on someone else’s perception of me. At the time, I had no money, so I thought, 'Oh, this is pretty great. I can be an actor and make money, this is absurd.' And then I worked for a long time, almost five years straight and didn’t really take any breaks and just did movie after movie after movie and that was, for me, an amazing journey," he told The Huffington Post.

"[But I was] sort of being taken along for the ride – it didn’t feel like I was totally in control of my own destiny."

Although many fans wonder whether Hartnett's career simply faltered once he returned to Hollywood, the actor's change of pace was largely down to his own desire to avoid being pigeonholed.

While the actor was being offered career-making blockbusters, he turned them down in favour of independent films.

In fact, at the peak of his career, Hartnett famously turned down the role of Superman, which ended up starring Brandon Routh instead.

He also reportedly turned down the titular role in Batman Begins, which later went to Christian Bale.

"I was, at that time of my career, where a lot of people were asking me to do those types of movies. I was having meetings with those directors and people were saying: 'Would you be interested?' I talked to them about what they were doing and I ultimately decided I wasn’t, but that was a very privileged place for a young man to be in," the actor told Variety in January.

"I’m a little bit outside of the box and had the leverage to do that, and that’s the direction I chose." 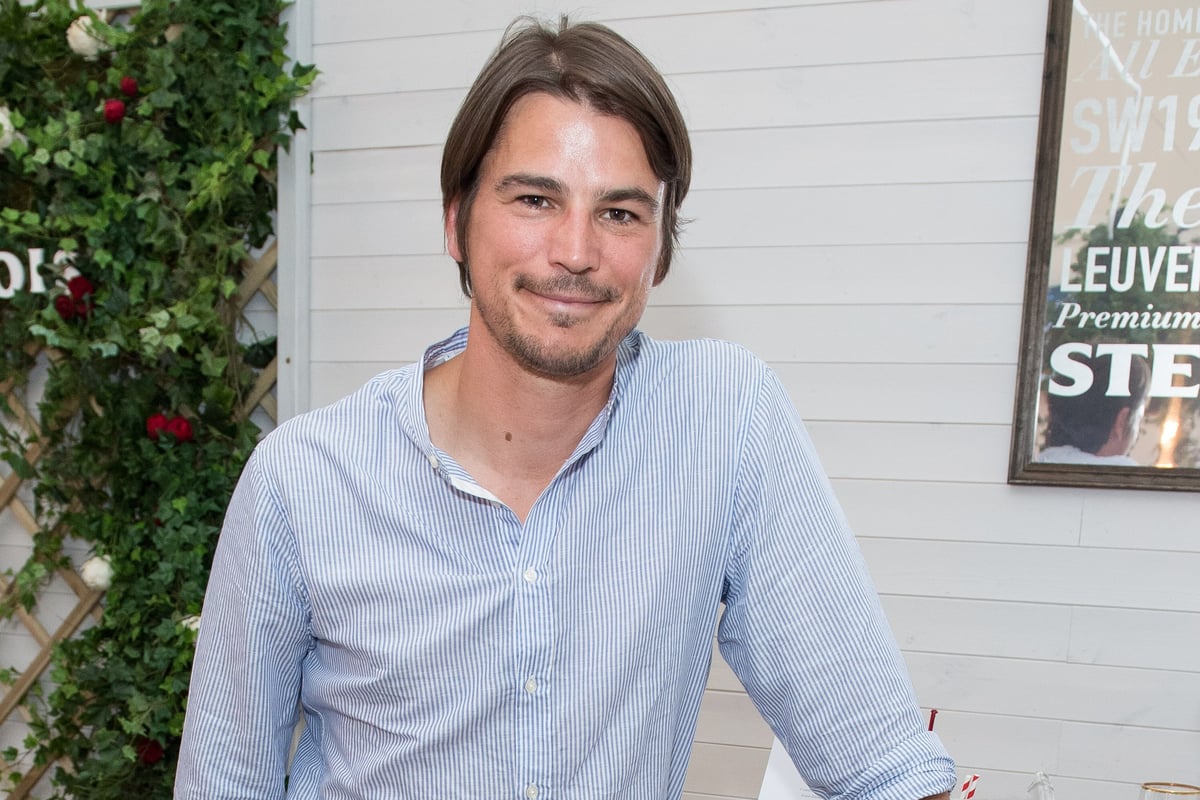 Speaking to Playboy, however, Hartnett said that he "definitely said no to some of the wrong people" in the height of his career.

"That's frowned upon in this industry. People don't like being told no," he told Playboy.

"I learned my lesson when Christopher Nolan and I talked about Batman. I decided it wasn’t for me. Then he didn’t want to put me in The Prestige. They hired their Batman [Christian Bale] for it."

The 43-year-old shared that he regretted some of his former decisions to turn down roles.

"I was so focused on not being pigeonholed and so scared of being considered only one thing as an actor," he said.

"Watching Christian Bale go on to do so many other things has been just awesome. I mean, he’s been able to overcome that. Why couldn’t I see that at the time? I know now that I wouldn’t turn something down just because it’s a superhero role."

Despite his decision to turn down a number of blockbuster roles, the actor has still had plenty of career opportunities in recent years.

But in 2021, the roles don't come in quite as often for Hartnett. 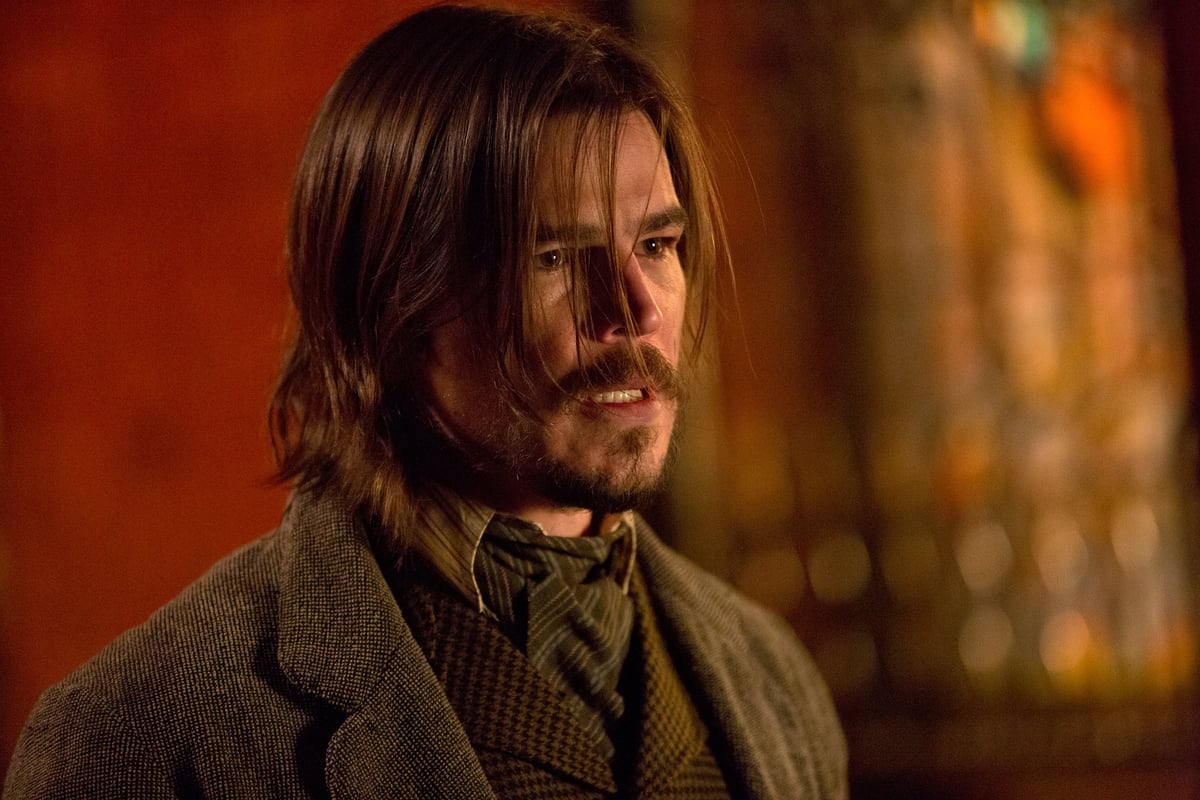 "I still get offered films and TV roles, luckily, but years ago, if I saw a role I wanted, there was a good chance I could grab it," he told Playboy.

"When I see a role now, I’ve got to fight for it. It’s not bad. It’s actually more rewarding. Depressing when something doesn’t go your way, but only for a minute."

In recent years, the actor has starred in TV series Penny Dreadful as well as independent productions including The Ottoman Lieutenant, Oh Lucy!, and She's Missing.

Hartnett, who has two children with his partner of seven years, British actress Tamsin Egerton, has also turned his attention to the production side of Hollywood while raising his children. 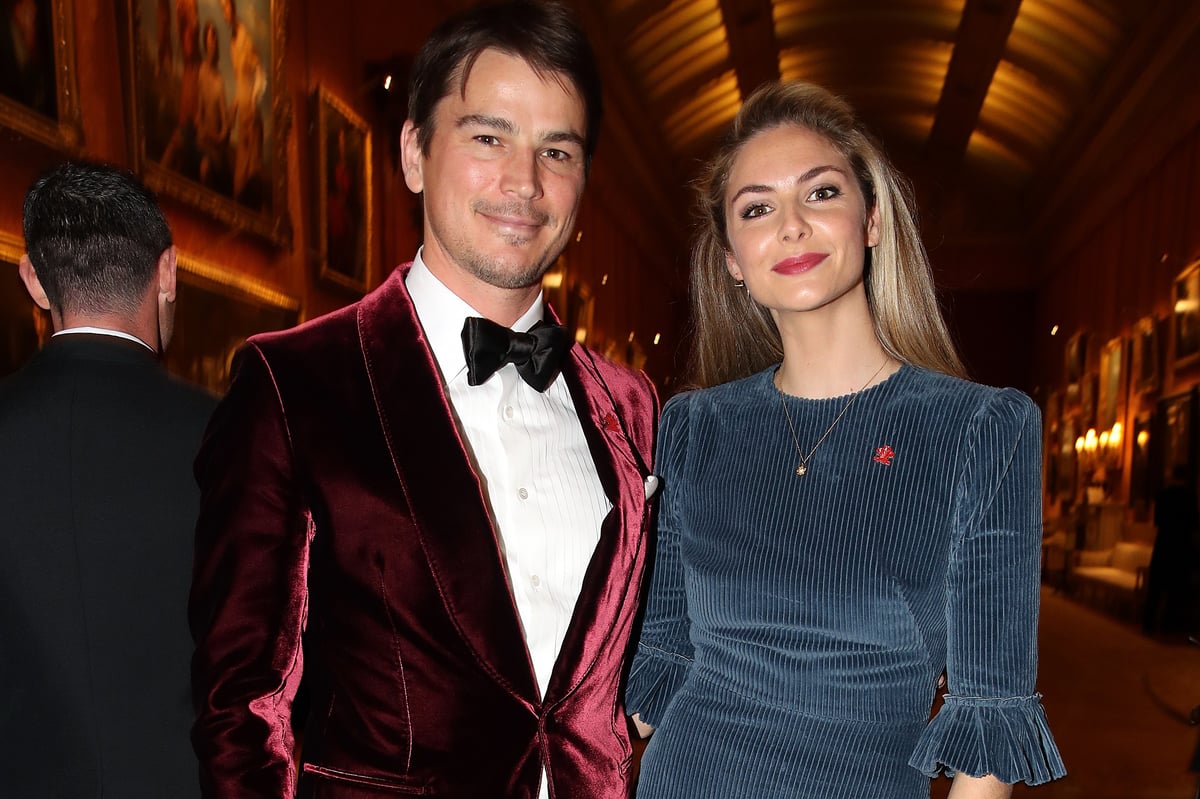 "I did take some time off, but I mostly took some time off to do other things, like raise my children. I started to write a lot. I wrote a few scripts, wrote a few short music videos, and started producing," he told Entertainment Tonight.

"So I started to produce my own films, and I did smaller independent projects. People took that as me throwing away a career or something, but it wasn't that at all, in my opinion. It was me just sort of finding myself."

As for future roles, Hartnett is set to appear in the upcoming TV series The Fear Index. The actor is also currently starring in Paradise Lost, which is available to stream in Australia on Paramount Plus.