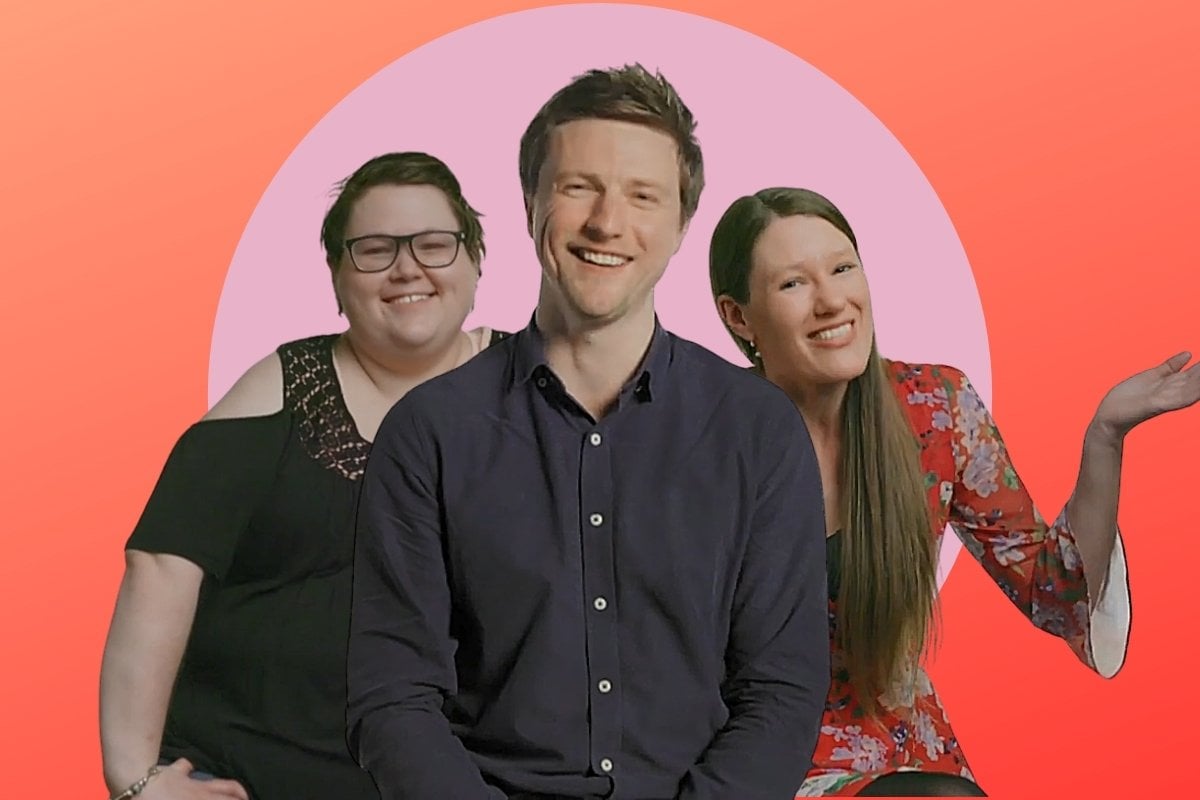 Virgin is a unique label. It has no opposite, and its weight has shifted over time.

Once, it was considered a virtue (and in many cultures, it still is), only to become a cause for intrigue and even ridicule within the space of a generation or two.

On Wednesday night's episode of the ABC series, You Can't Ask That, that shift was laid bare.

A panel of eight adults who have never had penetrative sex answered questions sent in by anonymous viewers.

Here are some of the most telling.

"Are you ugly, Catholic or just [have] no self-confidence? Why are you still a virgin?"

It was — of course — a resounding no to the first option, one yes to the second and a whole lot of alternatives for the third.

Some had simply never had "the opportunity present itself", while others didn't know how to create it.

"I feel like I've seen people that I would have thought had s**t personalities or didn't look as good as me, and they've got girlfriends and they're living the life, and it's just like, 'Well, you're just sitting at home,'" said Sydney man Declan.

"Because it's always scary to be vulnerable, isn't it? To put yourself out there, just to be knocked back."

Sydney man Seb is the one for whom faith played a central role. He said he felt called to devote himself fully to God; for him, that means remaining single and not having physical relationships.

For Catherine, faith — specifically, the most famous virgin of all — was part of her initial promise not to engage in pre-marital sex. But it's not why she's persisted.

"It was a decision I made in Grade 6, and I'm stubborn and I stick to my decisions," she said. "It's become part of who I am. I'm happy with being a virgin. I see no point in changing my mind now."

For Melbourne woman Nicole, it was a matter of fear. Her mother painted a picture of her first time as a painful, unpleasant experience that she wouldn't want to repeat. "It actually kind of scares you out of it," she said.

Kerry, meanwhile, identifies as asexual and has no interest in physical intimacy at all. When a person touches him, his skin becomes red, itchy and uncomfortable: "As a whole, I'm just not a touchy-feely person. I don't even like hugging people that much."

For Julia, penetrative sex represents pain; "throbbing, angry" pain, like someone "stabbing" her with a knife. She lives with vaginismus, a condition that causes the muscles surrounding the vagina to tighten involuntarily. She explained that having intercourse would involve undergoing therapy, and in the immediate lead-up would require preparation and careful negotiation with a partner.

Again, there was a spectrum of experiences among the panel. Some had never had any sexual or intimate contact with another person, others had kissed and fondled a partner.

Catherine, who's been in successive relationships since the age of 15, said she'd engaged in sexual acts with a small number of her boyfriends: "Just because you chose not to have sex in a penetration kind of way, doesn't mean there aren't other options."

Sadly, both she and Kerry have experienced people ignoring their sexual boundaries.

Kerry said he had been kissed against his will several times ("At one stage, I did punch one of them"), while Catherine had a partner "push the boundaries a bit".

When she reiterated to him that she didn't want to have penetrative sex, he replied that he didn't think she "actually meant it".

"It was actually hurtful," she said. "He'd keep being like, 'You're offending me by not having sex with me'."

"Why not just pay a sex worker, and get it over with?"

"Because I don't want to have sex with just any random person," said Nicole. But she also acknowledged there's an element of that fear at play, too.

"You don't want to build it up, probably, to the extent that [I] have where it's actually scary now. If the opportunity presented itself tomorrow would I let that fear get in the way, or would I triumph over that fear?"

Her friend and housemate, Ashleigh, felt differently. "Sometimes I think it would just be easier to get over and done with. I've thought of going to a brothel-type situation."

Melbourne man Ishan has contemplated it, too.

He's investigated 'virgin experiences', a service offered by some sex workers that includes a date and sex. But he noted that it tends to be "kind of expensive". He'd also prefer to have sex that involves a deeper connection.

"Will you be a virgin forever?"

As an asexual man, Kerry's answer was a simple yes. That's who he is.

Seb too was adamant. The only situation in which he imagined that changing would be a major crisis of faith.

"If I went through a really bad, bad, bad patch in life where I just had lost all hope and all faith or love of God, maybe I would seek something similar to that in a person, in a physical, sexual relationship," he said.

Some are confident they'll have sex one day, despite their fears about performance or awkwardness. Others, like Catherine, are hopeful but not hellbent.

"This is going to sound so bad coming from me when I'm a virgin myself, but I hope that they know what they're doing," she said of her possible future husband.

"But I won't have anyone else to compare my partner to, so I won't know if they're really bad at sex 'cause I won't have had really good sex. So, you know, you can look at it that way."

Julia is just comfortable where she is now. If it never happens, so be it.

"I would have to change quite a bit about my behaviour, and at the moment I don't feel motivated to do that," she said.

"I don't feel like dying without having had sex is a sad thing to have happened to you."

Reply
Upvote
4 upvotes
I find it interesting  that you failed to mention that along with being asexual Kerry was also a transexual male. Do you not think that in an article about  sex that this would be a relevant piece  of information?