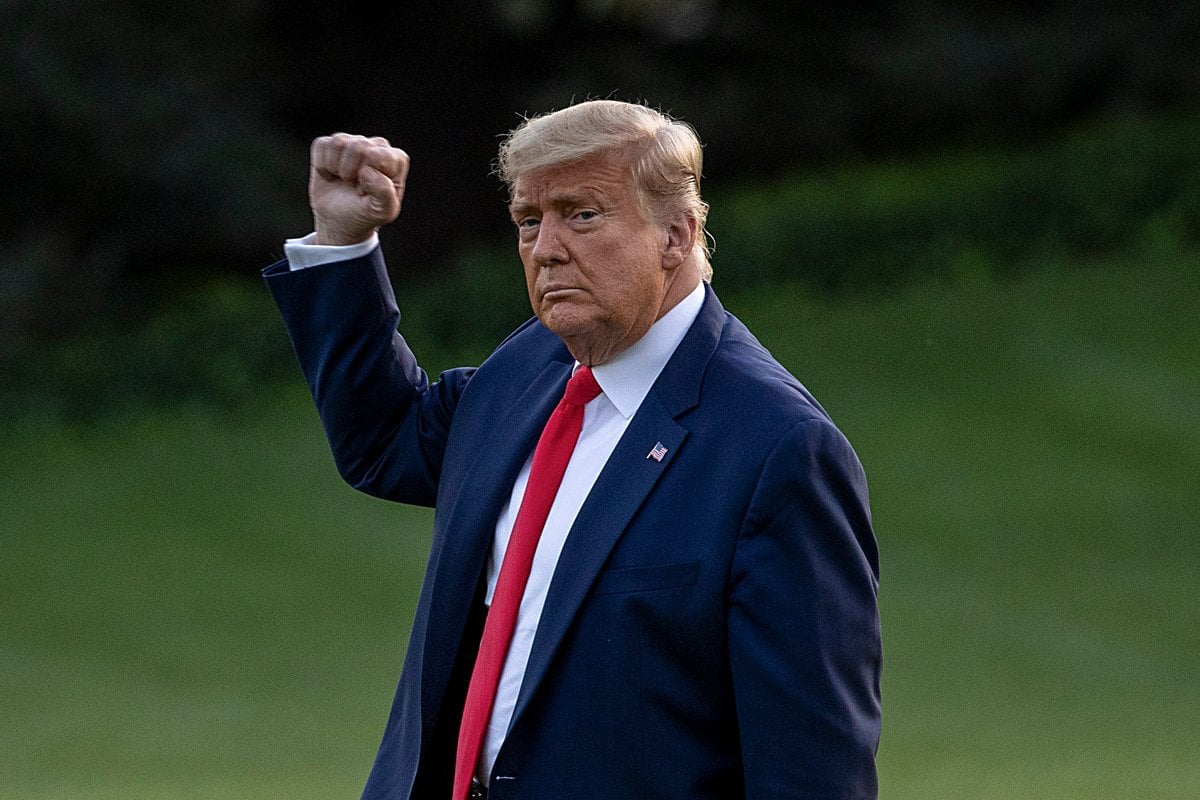 More than 72 million Americans voted for President Donald Trump in the recent US Election - about nine million more than voted for him in 2016.

Whilst it wasn't enough to grant the incumbent president a second term in office, with his opponent Joe Biden emerging triumphant, it was enough to confuse many who couldn't understand why the controversial president remained widely popular among voters.

More specifically, many people remain perplexed as to why so many women voted for him, despite his infamy for language and behaviour broadly deemed to be sexist.

Mamamia's daily news podcast 'The Quicky' interviewed three women who voted for Donald Trump in the most recent election.

For them, Donald Trump's conservative values and policies were ultimately the key driving factors for who they marked on the ballot.

Here's what they said about voting for Donald Trump.

"I like his policies. I like his pro-life stance. I think that he puts America first and that he understands other countries do that. I think for the first time in a really long time, he has put the best interests of the U.S. citizens first. And so I just really appreciate them," Barreto explains. "And as a business owner, I appreciate his understanding of tax policies and helping businesses, especially during this COVID crisis."

Chris Barretto said she believes Donald Trump's false allegations that fraudulent activity occurred during the counting process of the election, despite there being a distinct lack of evidence. 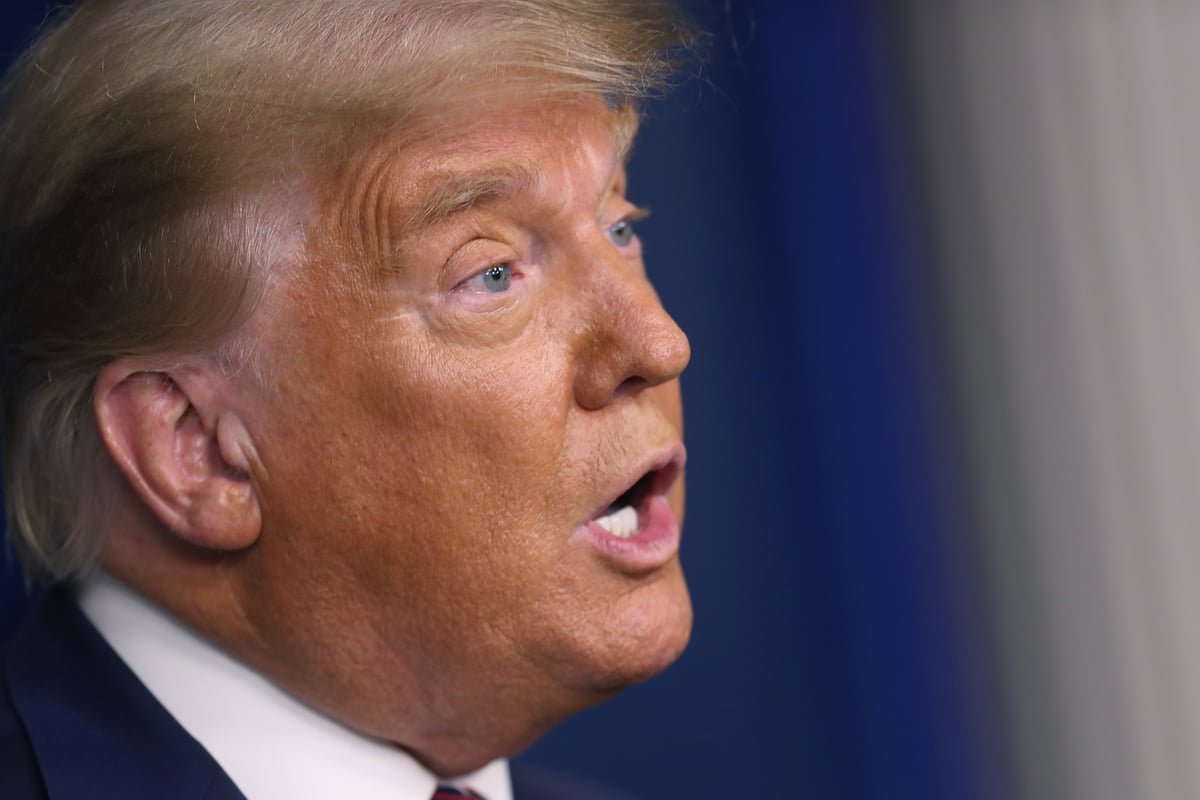 "I like his policies. I like his pro-life stance," says one woman who voted for Donald Trump. Image: Getty. "I am still optimistic that he will prevail," she shared.

"The more reports I hear about some of the fraud and things that have gone on, I think that these cases do need to be tried in court."

On Tuesday, The New York Times reported that after contacting election officials in every state this week, there was no evidence of any major voting issues.

Donald Trump, however, continues to pedal these lies and falsely claim he won the election.

"I was an early supporter of him because he is a successful businessman," Danforth explains to Mamamia. "And I felt that here in America we needed to break away from the status quo of the politicians that seem to be providing us the same thing. And we needed some change here in America. I thought that he would give us that change. He exceeded that.

"Actually, he made a lot of promises during his 2016 campaign and he kept those promises. And he truly has done more for our country and the citizens of the United States, by truly working on their behalf and for them." 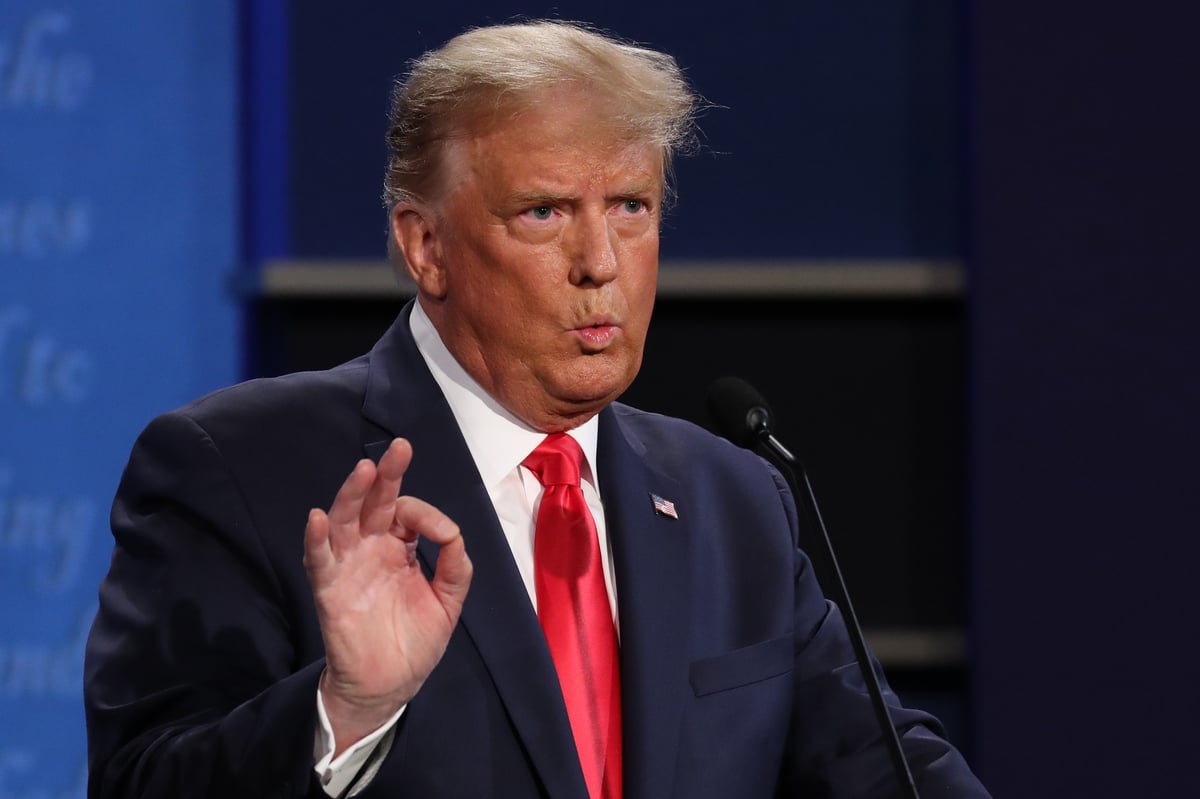 Donald Trump lost the 2020 US election, but has so far refused to concede. Image: Getty. In the wake of Trump's loss, there has been some speculation that he may run again in 2024.

"I would absolutely vote for him again," Suni says.

"I like the way that he's moved our country and the jobs that he has created. The reason he got elected the first time is because the American people were hungry for honest change and he delivered on that. He truly, truly delivered on that, which is why I do believe he has been lawfully elected.

"We'll see what happens, what the courts lay out... I accept whatever the outcome is."

Lauren El is an expat, who sent her vote in from Sweden for this election.

"There's been a lot of chaos throughout the United States for the last few years - rioting that's happened, a lot of looting and just a different side of America I've never seen before," Lauren explained. "I think that this election what was more important to me was law and order, as well as reopening the economy, since the coronavirus has been devastating to the US economy."

Speaking of the recent Black Lives Matter protests, Lauren claims: "It started off as these protests, women's march and so forth and then it's just progressed into these violent outbreaks across the country, and I see Democrats as really promoting it. Kamala Harris has not condemned it. And she even posted a link on her Twitter account to a campaign to raise funding to protect the people involved in the rioting. I mean, it's been absolutely astounding."

Lauren El continues by saying she shares Donald Trump's distrust in the media.

"Some of the biggest issues I've had with the United States for the last few years has been the chaos that's been happening... There's just been a lot of civil unrest. And I think that the media has played a role in this in not showing different spectrums of views happening."

Reply
Upvote
2 upvotes
I have heard a few times now that "Trump made promises in 2016 and delivered on them". I struggle to follow US politics; however it would be interesting to know what he actually delivered on/what he did during his time in office.
Personally, I see the Twitter wars, leaving the Paris climate agreement and causing havoc with other countries political leaders (off the top of my head) as cause for concern. That's not to even bring in the personal aspect which I despise.
@mamamia, please do a (real) article on what Trump did during his time in office.
james b 4 months ago

Reply
Upvote
1 upvotes
@shadie3 Leaving the Paris climate agreement was actually one of his many election promises that he fulfilled.
kathp 4 months ago

Reply
Upvote
3 upvotes
@shadie3 he did fulfil a lot of his promises. The media actually is very biased and that does a disservice both ways. While he is clearly personally abhorrent, he did get stuff done, and anyone watching a less biased media knows that. In addition, because they know that, they are quite inclined to believe the media might well be lying to them or at least not completely truthful in other areas - such as voter fraud and dodgy polls.
There was some stuff about school choice that was quite pivotal for many families, although I don't understand the system completely I think that lack of choice is behind a lot of homeschooling in the US.
Also, many people from China were looking to him as someone who would stand up to their govt. I can actually believe this quite easily.
And, because I know that my comments might be misinterpreted - I'm not a trump supporter. I'm glad Biden won.  I just don't think anyone will win anything much really without being able to comprehend the viewpoint of those they disagree with.
guest2 4 months ago

Reply
Upvote
1 upvotes
@kathp  Trump was a big supporter of Charter Schools which have been very successful within African American communities.   Those opposing charter schools will argue the money should be directed into improving public education.
snorks 4 months ago