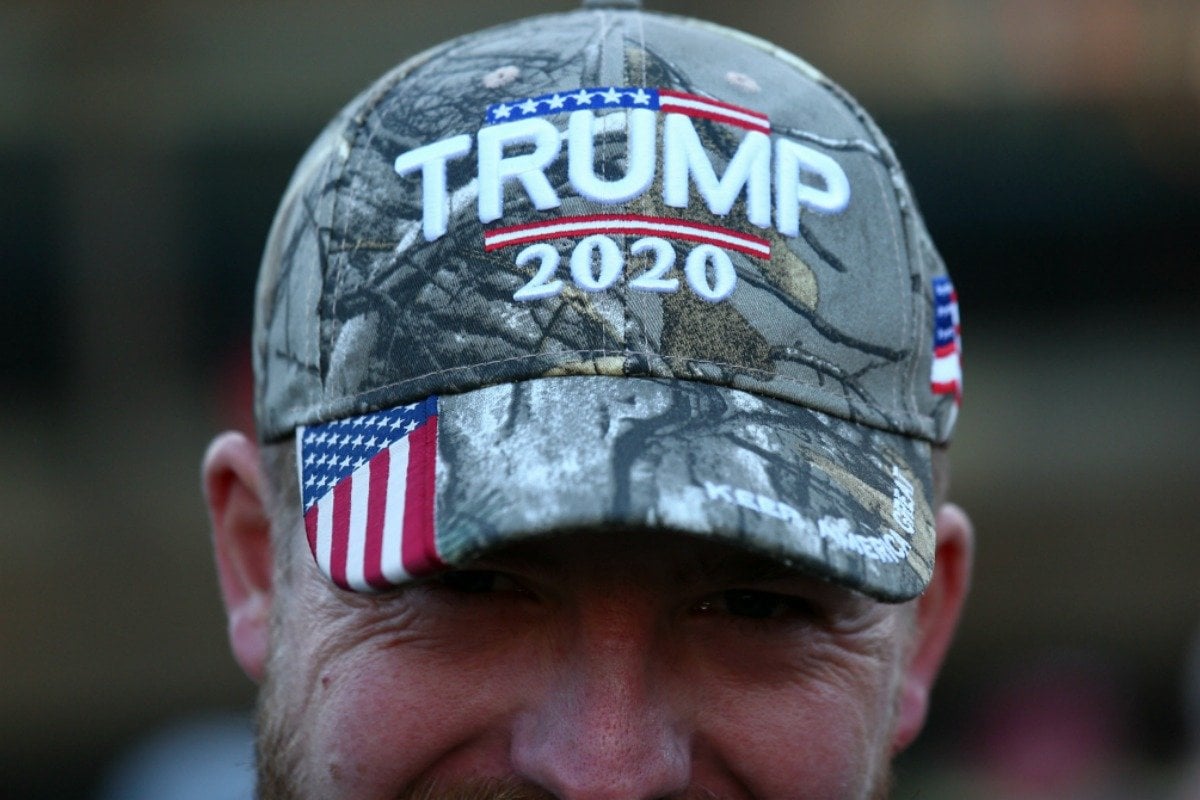 During the 2020 US presidential election, 70 million Americans voted for Donald Trump.

That's seven million more people than voted him into office in 2016.

So even though Joe Biden, who received 75 million votes, will be inaugurated as the 46th President of the United States of America in January 2021, the election was far from being the landslide many of us expected. And as a result, it's left a large chunk of the world feeling utterly perplexed, and desperately despondent, as they try to wrap their head around why millions would support a man whose arguably most famous catch phrase is "Grab 'em by the pussy."

While Donald Trump, with all of his racist, homophobic, sexist, factually incorrect, anti-science, anti-abortion, and self-serving tendencies has been defeated, Trumpism is far from being dead.

Watch: Donald Trump has been pushing a narrative of 'voter fraud' for many months now.

As the votes of millions of Trump supporters started to be solidified by way of electoral votes, one Democrat made a plea on the sharing platform Reddit, as he tried to understand the seemingly widespread desire to have four more years of a man who had already - very clearly - shown us who he was.

"Genuinely, please help me understand?" he wrote in a post that's now been shared tens of thousands of times.

"I'm a Democrat, and before last night I believed that with all the people coming out to vote who hadn't before, we would see Biden winning by a significant margin. To my surprise, obviously that didn't happen and a very significant portion of the country really believes in Trump, apparently. I don't agree with any of his policies, and to put it lightly, I'm not a fan of his character. As a result of that, I genuinely don't understand what it is about him that compels someone to vote for him," he asked. 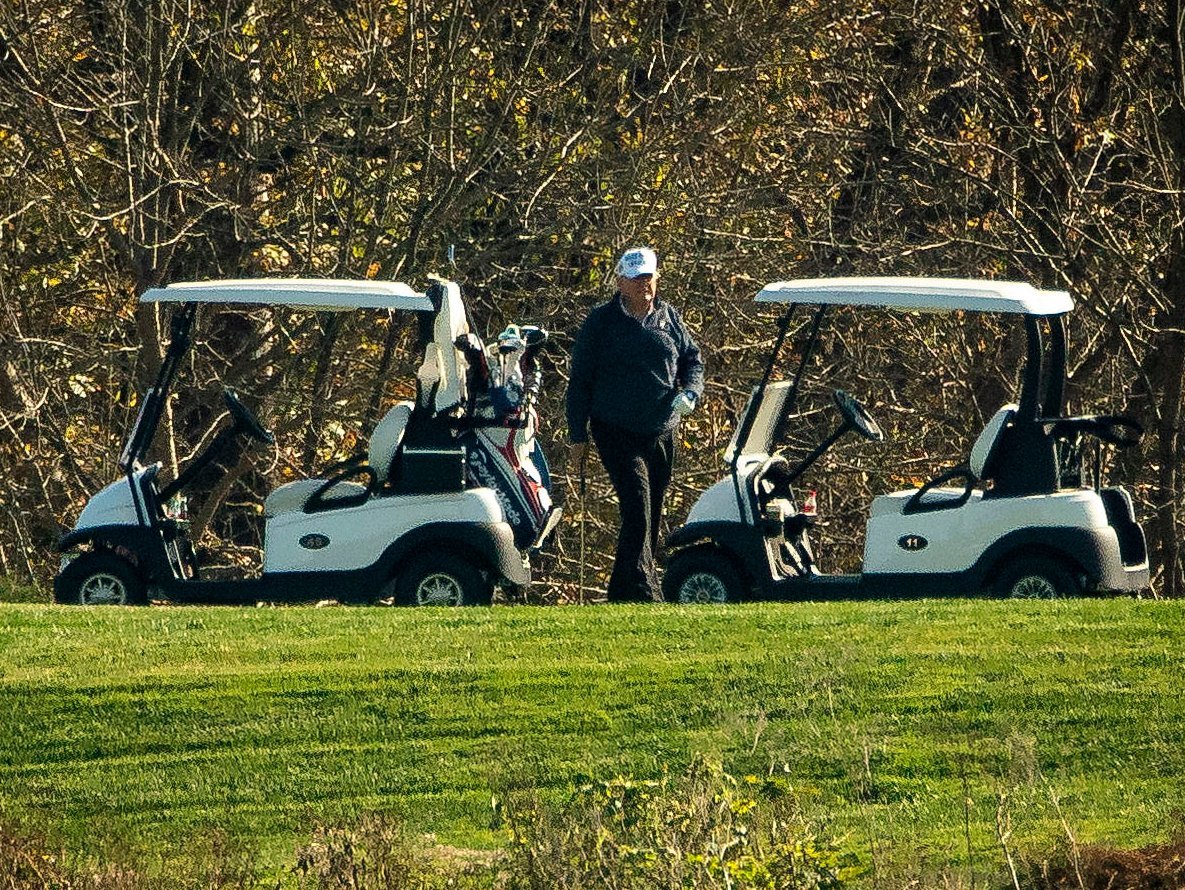 Ever since Joe Biden's win, Trump has spent his time on Twitter and on the golf course refusing to concede and claiming 'voter fraud.' Image: Al Drago/Getty.

One answer in particular put forward an analogy that garnered an enormous response.

"Imagine being picked-on by a group of private school kids your whole life. They called you stupid. They said your church teaches bigotry and your family teaches racism. They took 20 per cent of every dollar you earned, then they shipped your brother off to die in Afghanistan," it begins.

"Then some guy from Queens moves in next door. He laughs at those private school kids. He pushes them around until they give back some of your money. They call him a bigot too, but he doesn’t seem to care. He promises you another of your siblings will never come home in a box.

"It might bother you when he uses vulgarity and invectives, but that’s easy to overlook because for the first time, someone is standing-up to those private school kids, calling-out their foolishness and self-righteousness. He might be a bully, but he’s on your team. That doesn’t mean you approve of bully tactics to get your way, or want to be a bully yourself. But it does mean you accept that nobody should think it’s okay to bully an entire worldview and way of life out of existence unless they’re prepared for the possibility to face a bully themselves one day. In other words, 'if you don’t want none, don’t start none.'

"The thing is, despite whatever those private school kids and their teachers say about you, and whatever they write about you in the school paper, you are more than happy to tolerate and respect their values, so long as they extend you the same courtesy. You don’t want to legislate their jobs out of existence, tax them until they’re as poor as you are, fill their schools with your teachers, or make them pay for a new roof for your church.

"You believe diversity means more than skin tone, gender, and sexual identity. You believe a diverse society is one where different ideas are allowed and even encouraged to co-exist. They might squabble once in a while, and that’s okay, because that’s how consensus is reached between parties with different goals.

"But these private school kids, they don’t like that idea. They won’t leave you alone until you embrace their ideas, adopt their lifestyle, and share their vision for the future—a future that has no room for the person you are or the community to which you belong.

"So yeah, you’re glad this guy from Queens showed up. He’s not perfect—far from it—but he’s willing to take the punches and it’s really hard to knock him down.

"You might say, 'but this Queens guy...he’s also a private school kid!' That’s true, but they never accepted him either, repulsed by his love of Big Macs and resentful that he only got accepted because his dad had cash. But that’s precisely why he gets your situation. He might have money, but he knows what it’s like to be sneered and heckled at by the Lacrosse Team."

Now it's important to interject here, and point out that this analogy doesn't provide a neat little mould for every Trump voter to claim as their own. 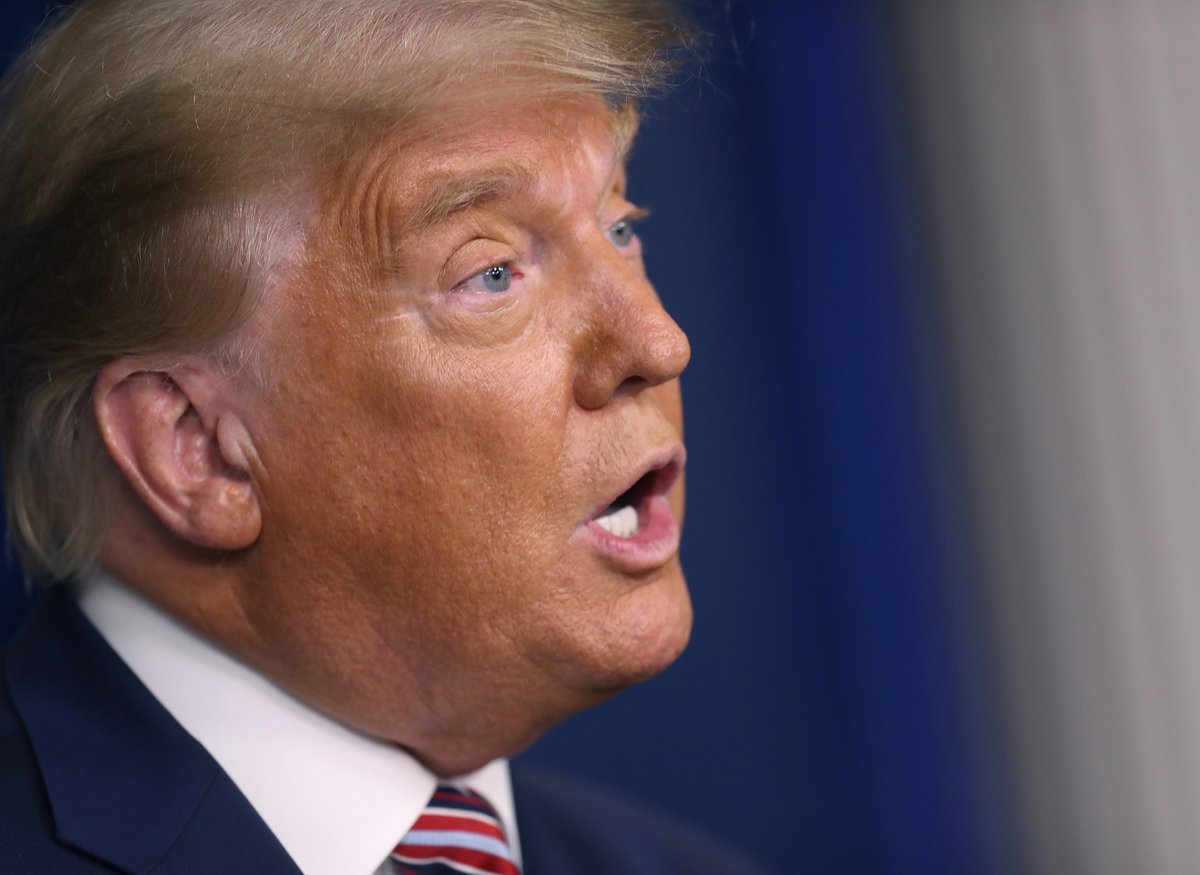 There are plenty of Trump voters that are just like him. But what about everyone else? Image: Getty.

But with numbers as big as 70 million, that level of cruelty simply can't be a representation of the majority.

Writer Jessica Wildfire wrote for Medium, "A lot of Americans are simply afraid to admit that bias and prejudice make life harder for large groups of the population. They’re scared that if they acknowledge the existence of systemic injustice, that it might diminish their own accomplishments. They’re worried they’ll have to give a little something back, or make space for someone else. That’s too hard for them."

That same logic extends to things like economic reform, or climate change. These problems require tough solutions, and that's simply too hard.

There are of course a myriad of reasons why Trump supporters are who they are. Some individuals might've voted for one particular reason alone, like his pro-life stance, or his anti-mask rhetoric. And they're willing to turn a blind eye to the parts of him they don't like, while remaining focused on their issue of choice.

As the analogy suggests, he's someone that millions of Americans can safely hide behind while the 'private school kids' call them out for being behind-the-times. And quite frankly that's been quite the relief.

Interestingly, Joe Biden's key message has been around "unity".

"It's time for us to come together as a nation to heal. It's not going to be easy. But we have to try."

Let's hope the next four years are indeed a period of healing.

Reply
Upvote
3 upvotes
Donald Trump and his team are salespeople and have mastered the art of slogan's and catch phrases.  No, they won't work on everyone but they don't need to, they only need to work on enough.
caz gibson 2 months ago

Reply
Upvote
3 upvotes
I think that most Trump-supporters love Trump because they believed his scams & promises and they felt he gave them permission to be just as horrible as he is.
He's been described as a malignant narcissist & sociopath - and that explains a lot of his indifference to pain & suffering from the 240,000 pandemic victims to the dead & disabled soldiers he described as "losers & suckers".
Those things alone should have ended his presidency right there - but it didn't.
His "fans" should have said "Enough !"
Despite every flaw & his revolting personal history they still voted for him.
Their fascist/racist poster-boy lost the presidency but he's still free to "wreck the joint" on his way out of The White House door.
How he conducts himself at this time will probably be his legacy.
cat 2 months ago