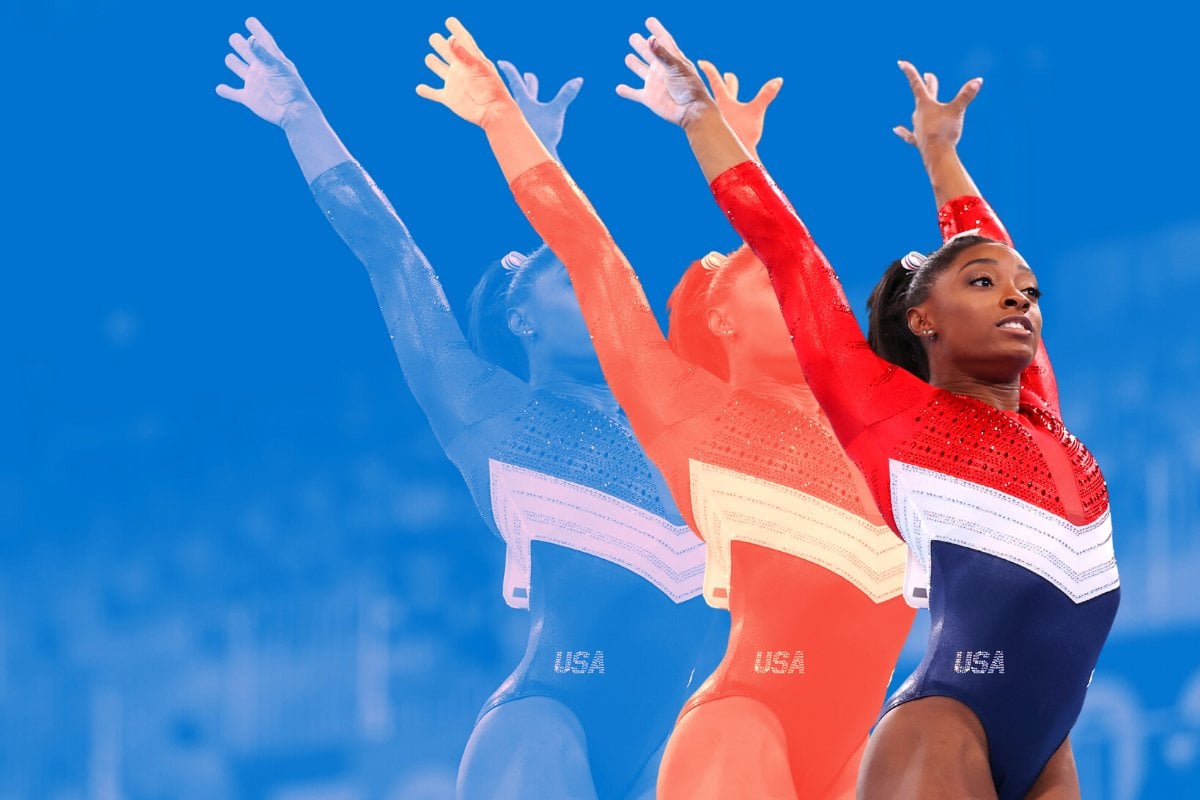 All eyes are always on Simone Biles.

The 24-year-old is considered the greatest gymnast of all time. The golden girl of Team USA. A four-time Olympic champion. A woman who has defied all odds and performed feats that no one else ever has.

So as she stepped up to the vault during Tuesday's Olympic women's gymnastics team final, the 1000+ media, athletes and officials in Tokyo's Ariake Gymnastics Centre watched in anticipation.

It didn't go as anyone had hoped. 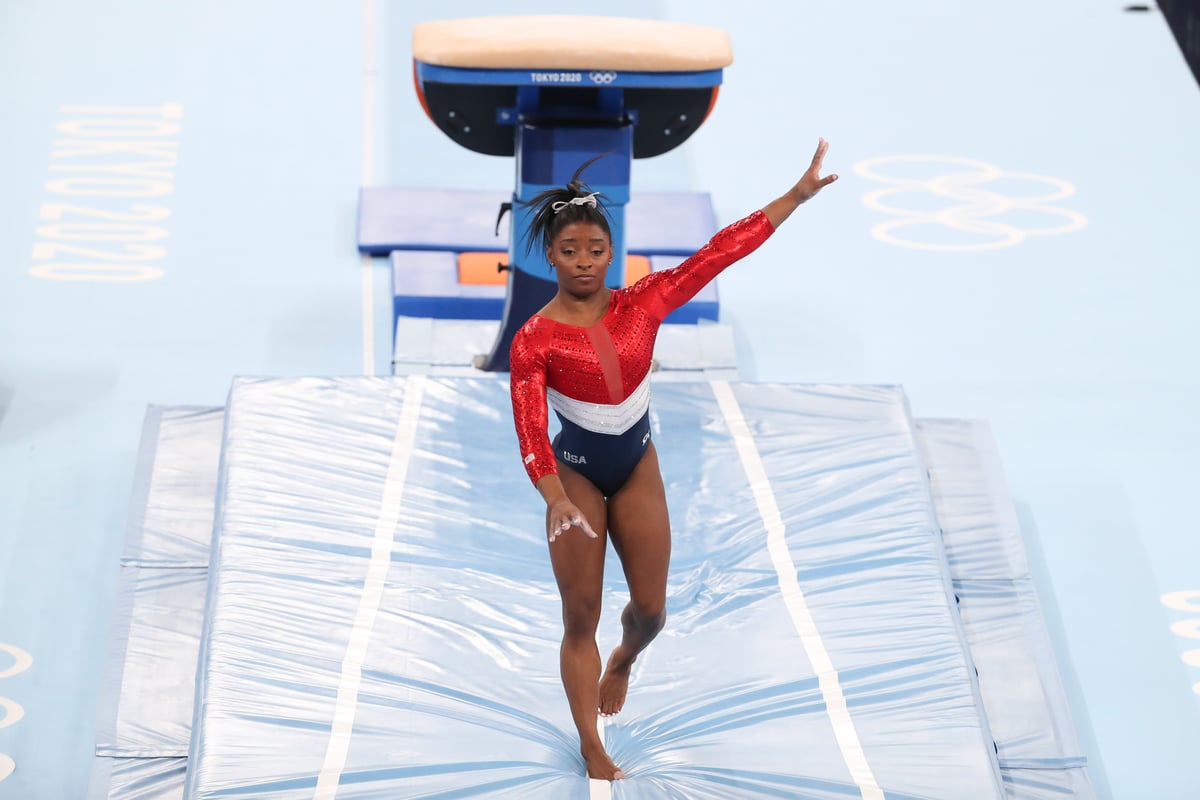 Biles completed only 1.5 rotations instead of her planned 2.5, and grimaced after her dismount. Minutes later, she was seen walking off the floor with a trainer.

The rest of Team USA moved on to the bars without her, as speculation of injury ran rampant among those in the arena and on social media. Jordan Chiles came off the bench for the team's next apparatus because Biles was nowhere to be seen. 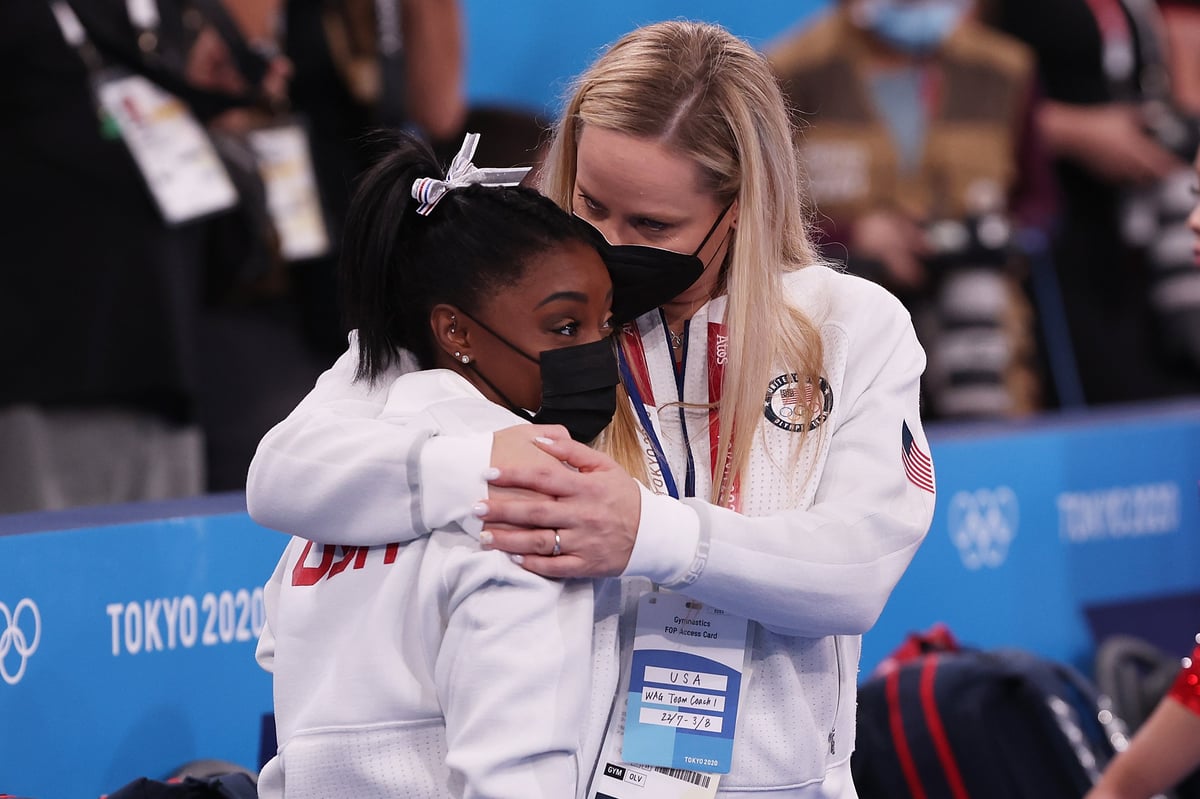 Then, about 15 minutes later, she reappeared. But not to compete.

She put on her team tracksuit and minutes later, USA Gymnastics released a statement confirming she had withdrawn with a "medical issue".

And with all of that off her shoulders, Biles completely transformed. 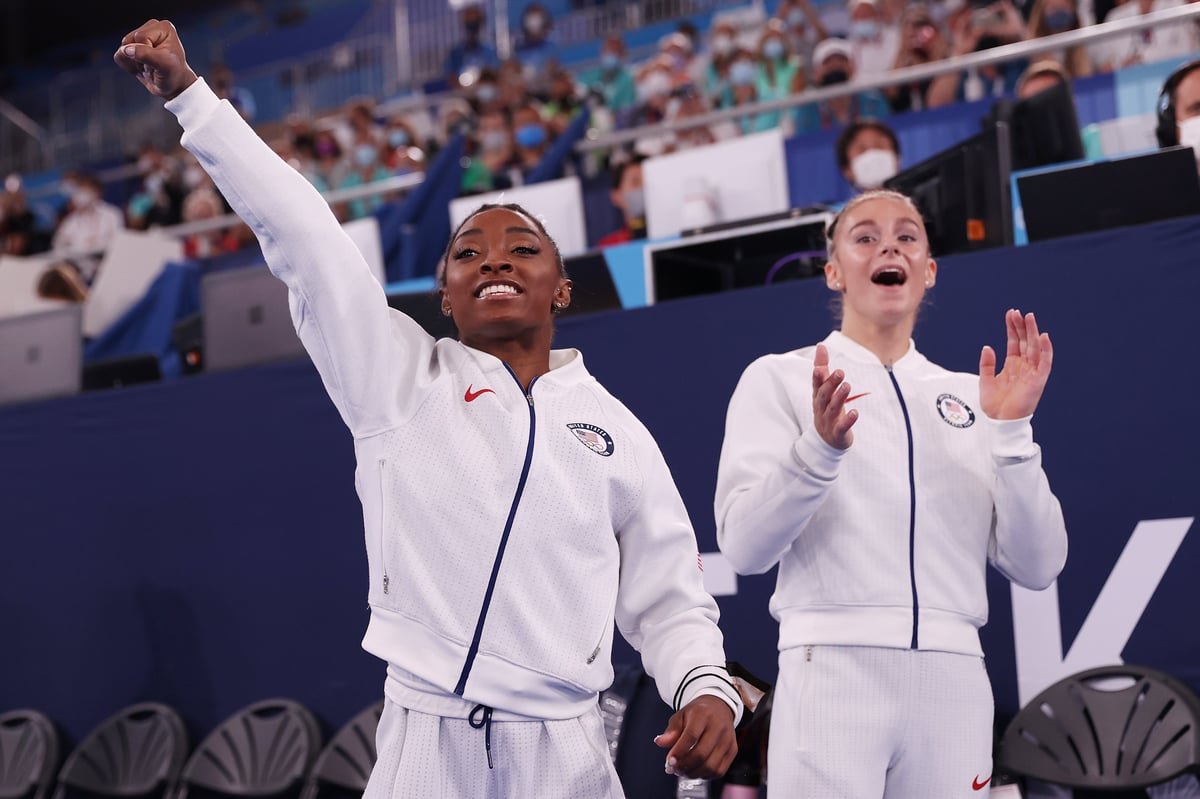 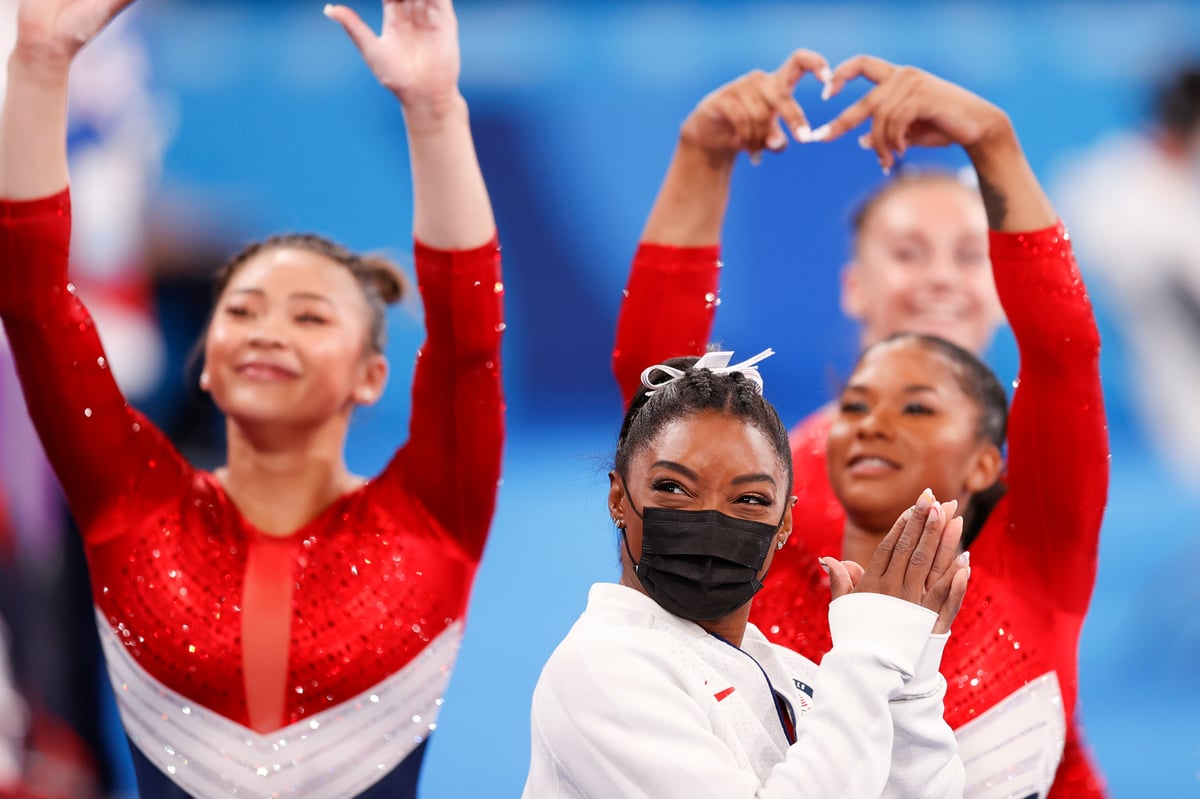 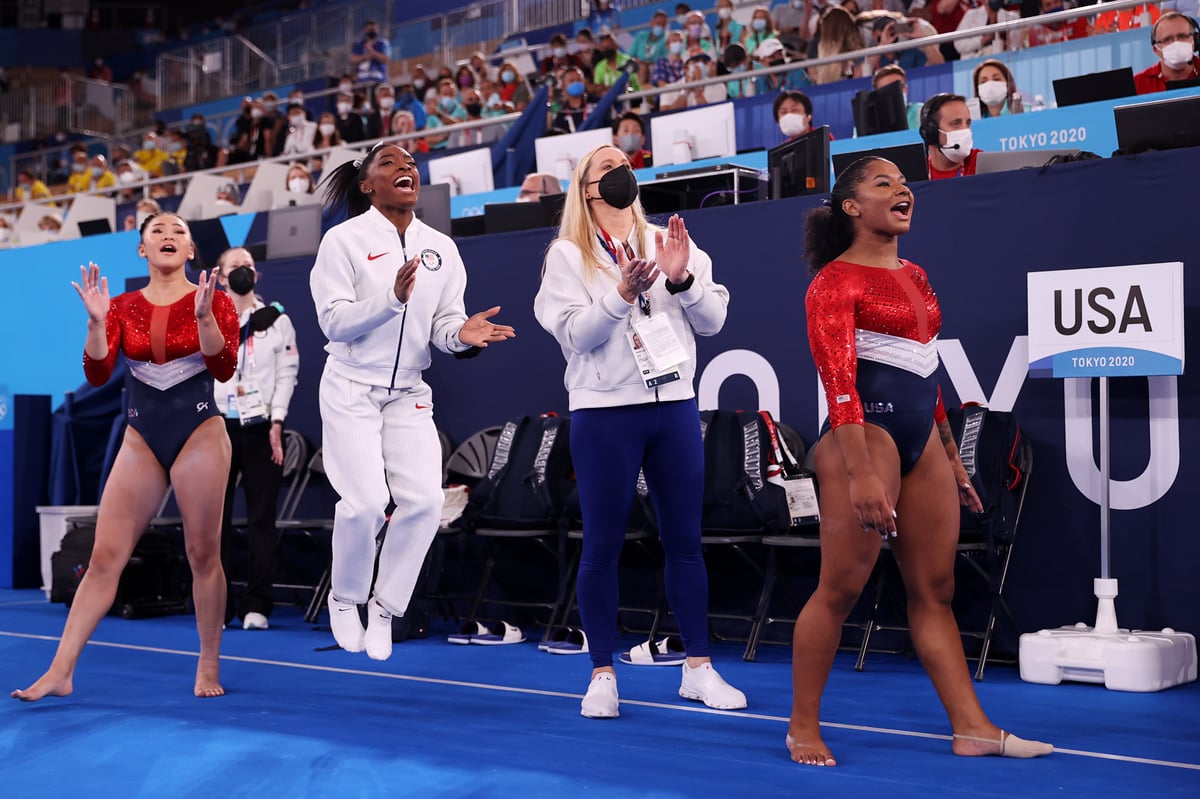 They hugged, laughed and danced, all the way to a silver medal.

She became a very different person to the one who earlier completed an awkward vault, face glum. Without the burden of expectation, Biles looked like she was genuinely enjoying herself. 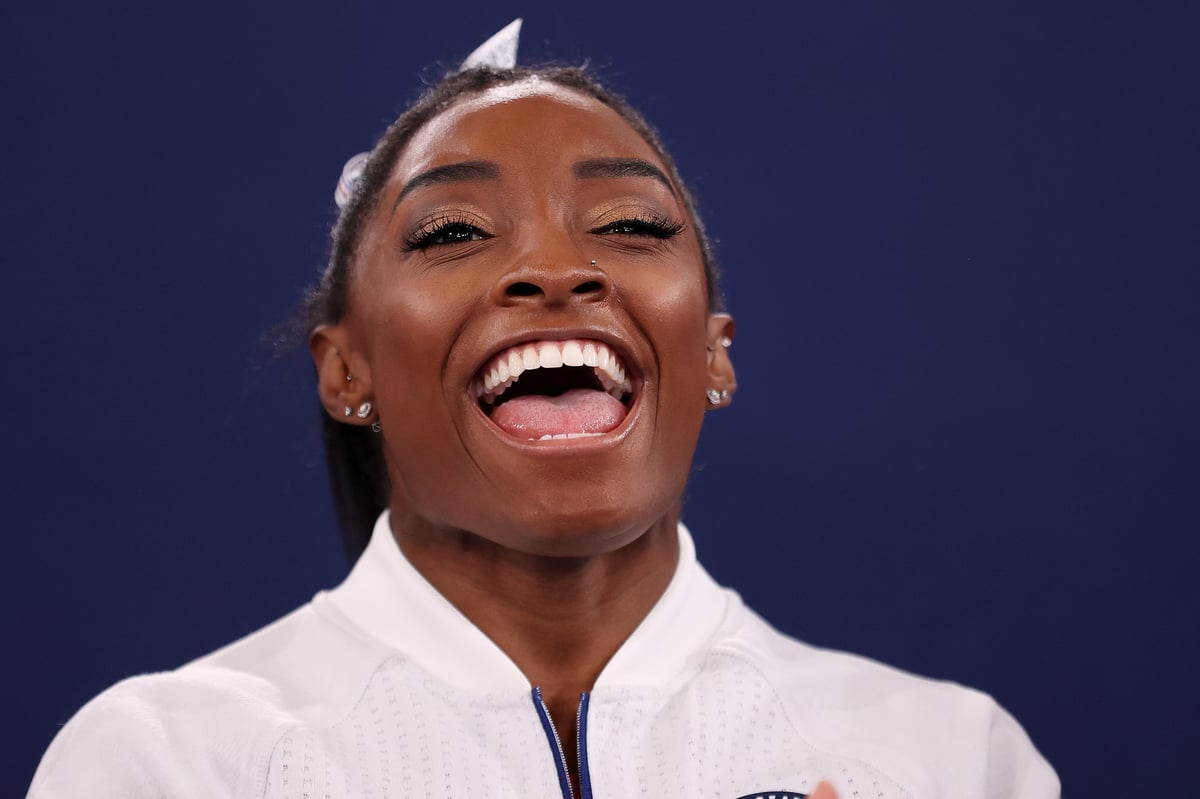 She later shared that her decision to withdraw was a decision based on mental health and not a physical injury.

"Physically, I feel good, I'm in shape," she told the US Today Show. "Emotionally, that kind of varies on the time and moment. Coming to the Olympics and being head star isn't an easy feat, so we're just trying to take it one day at a time and we'll see."

The move came as a shock to the world, but really, if we'd listened to Biles properly over the past few years, it shouldn't have.

Biles has, for years, carried the hopes, dreams and judgement of her country on her back. Her every move was dissected, expected to be not brilliant, not extraordinary, but perfect.

This pressure is unsustainable. Just ask other sporting greats.

In recent years, Olympics great Michael Phelps has shared his journey with depression. In 2020, Serena Williams said simply being 'Serena' is like walking around with a massive target on her back. We were most recently reminded of this all by Naomi Osaka, who pulled out of the French Open this year after citing the hurtful effect of press conferences on her mental health.

As recently as Monday, Biles spoke about the impact of the expectation on her shoulders.

"It wasn't an easy day or my best but I got through it," Biles wrote on Instagram after the qualifying round.

"I truly do feel like I have the weight of the world on my shoulders at times. I know I brush it off and make it seem like pressure doesn't affect me but damn sometimes it's hard," she wrote. "The Olympics is no joke!"

She reiterated this at the post-finals press conference alongside her teammates, Chiles, Sunisa Lee and Grace McCallum.

"Whenever you get in a high-stress situation, you kind of freak out. I have to focus on my mental health and not jeopardise my health and well-being," she said.

"We have to protect our body and our mind … It just sucks when you're fighting with your own head."

Biles had been making similar noises for a while now. It just turns out no one was listening - really listening - to her until she exited the gym on Tuesday.

In early July, weeks before the Tokyo Games, the New York Times asked her to name the happiest moment of her career.

"Honestly, probably my time off," she said.

After winning four gold medals at the 2016 Rio Olympics Biles took a hiatus. She did not compete at all in 2017 before beginning her road to Tokyo in 2018.

She has worked with a therapist since she came forward in 2018 as a survivor of sexual abuse by former national gymnastics team doctor Larry Nassar.

She had considered quitting, even though she said she still had a passion for the sport.

"I wanted to give up," Biles told Glamour. "But it would have been dumb because I've worked way too hard."

It was counsel from her personal coach Cecile Landi that helped her work through it all. She told Biles to go on holiday, to get a hot tub, and to relax.

This helped her see her life as bigger than gymnastics.

In Tokyo, wearing her team tracksuit over her red, white and blue leotard, Biles cheered as her teammates brought home the silver medal. She enthusiastically congratulated the ROC gold medalists and beamed on the podium. 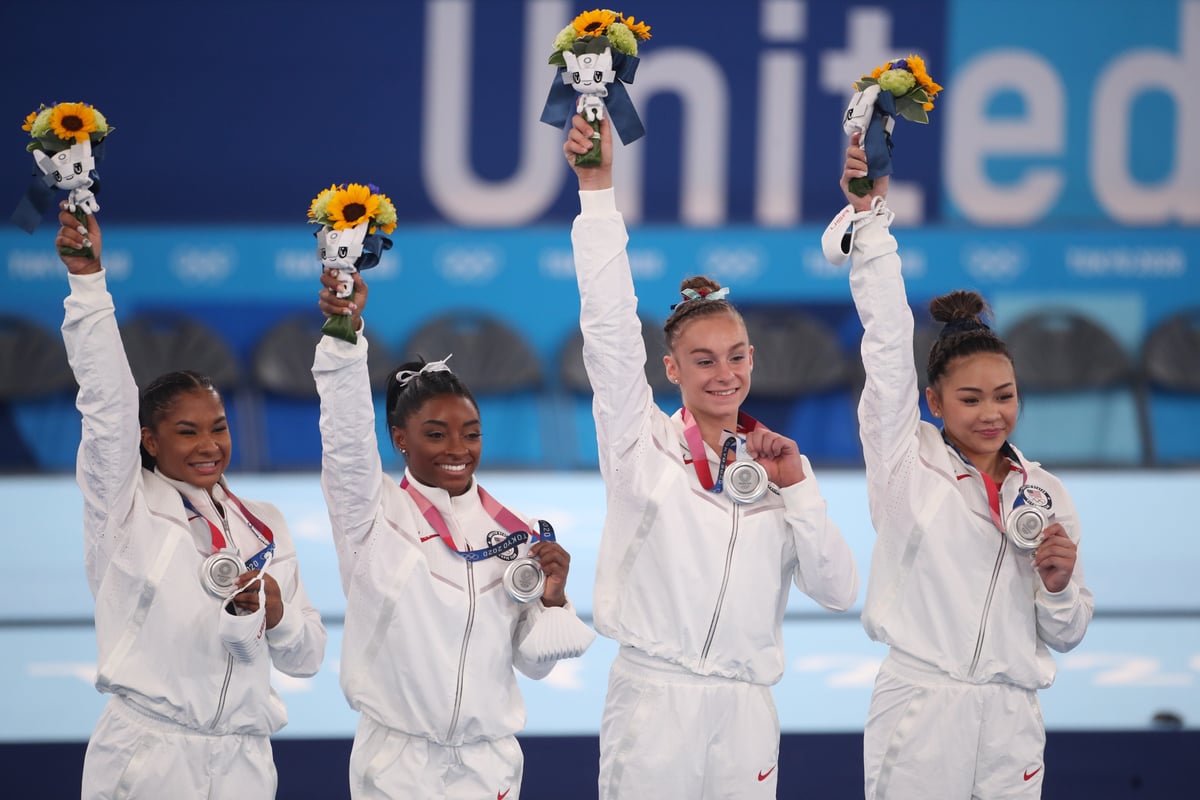 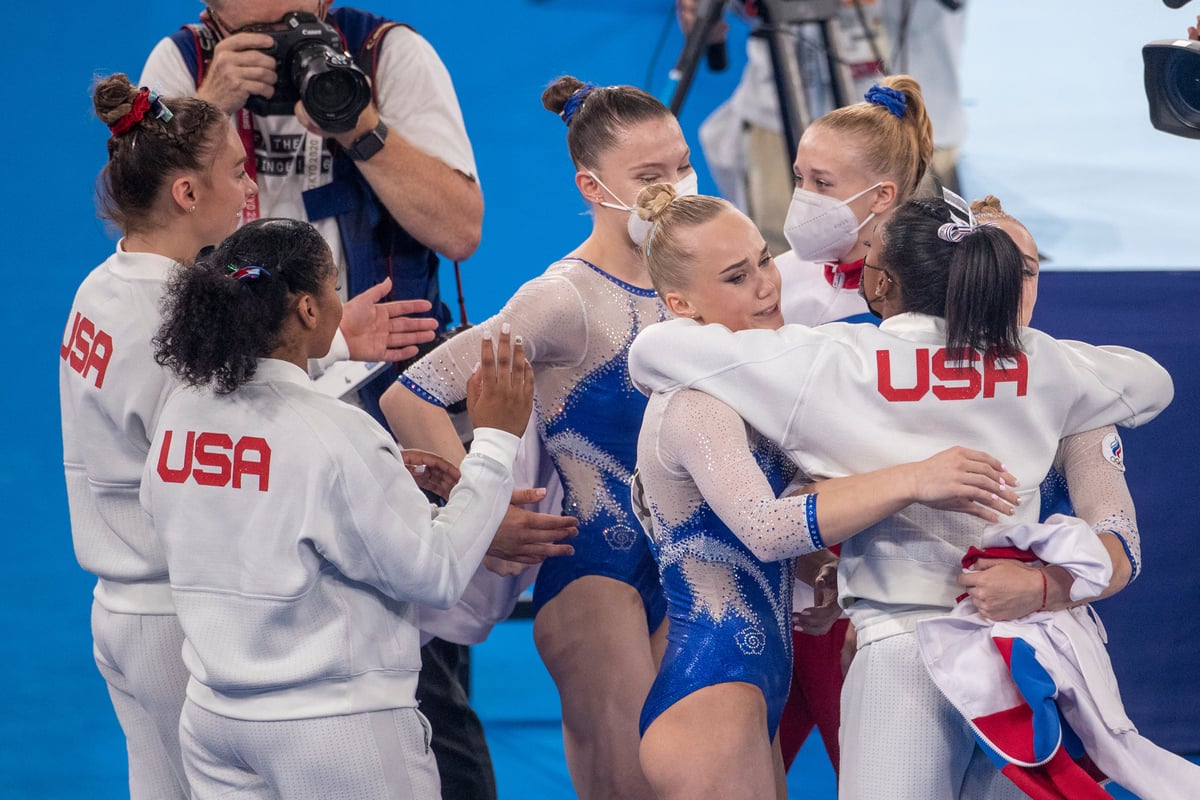 In the later press conference she said she hadn't ruled out competing in her individual events on Thursday, but would take a "mental rest day" on Wednesday.

"It's okay sometimes to even sit out the big competitions to focus on yourself, because it shows how strong of a competitor and person that you really are, rather than just battle through it." 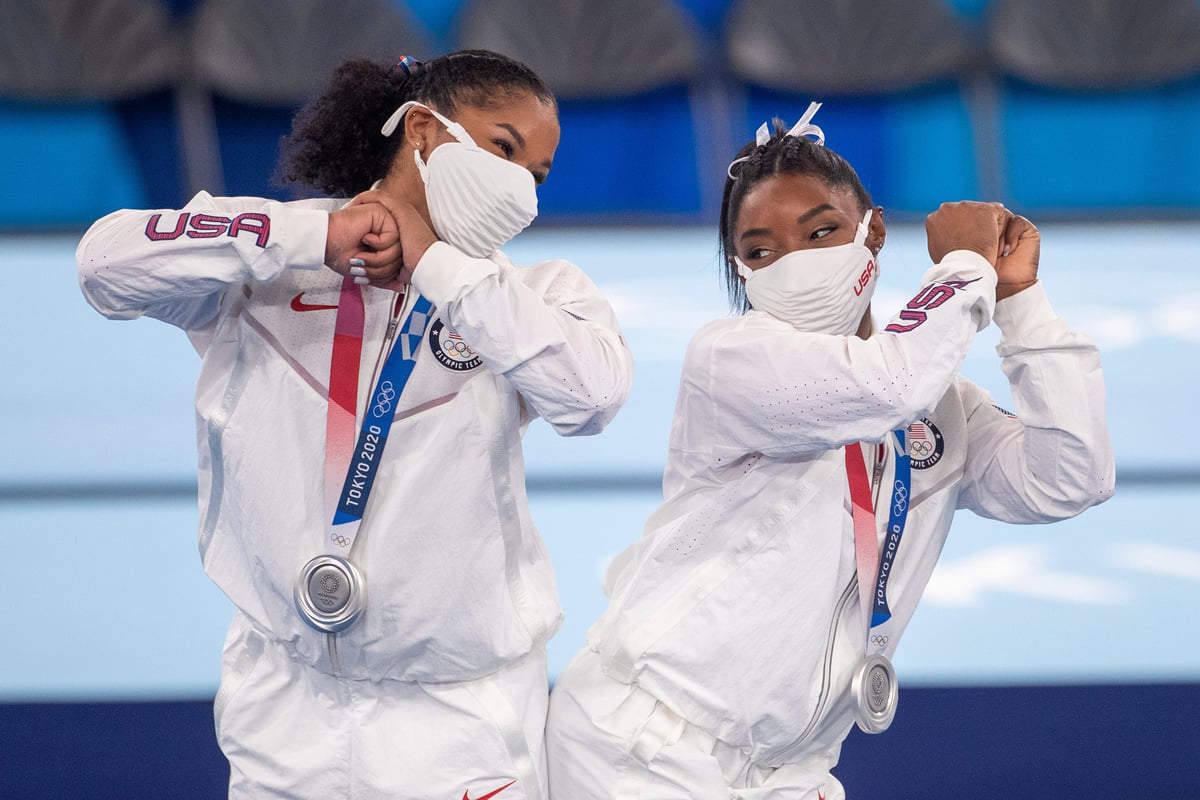 She decided to put her health first, in turn lifting the weight of expectation and forcing the world to listen to exactly what she was saying.

Biles has no idea what she'll do after Tokyo, which she intended to be her last Olympics.

"You want it to come, but you also don't want it to end," she told the New York Times of retiring.

"At the end of the day, I'm such a huge athlete, but who am I? If you take off that mask, you know, who will I be? I'm still trying to find that out."

Reply
Upvote
I feel a bit conflicted about her actions.   Didn't her trainer, psychologist, manager, family notice that all  was not right with her?   Maybe I am old school, but I think it is a bit shabby to let your team down at the very time they need you.
H
hopey 10 months ago

Reply
Upvote
6 upvotes
@guest2 That's the thing with mental health issues you can be fine one day and then not the next. It's no secret that Simone has battled depression and anxiety - she's on medication for it and seeing psychologists etc... She's mostly good. Of course her trainers etc... know about all of this, but what you can never tell with mental health is when or where it will flair up. She has been under enormous pressure and expectation. She's said herself she has the weight of the world on her shoulders (all of this as a sexual abuse survivor and while locked in a legal battle with USAG). Simone is human and clearly she's reached her breaking point. Simone did her team a favour by pulling out. On vault she completely messed up and only rotated 1.5 times instead of 2.5 and the landing was awful (although also lucky she landed on her feet and not her back). She felt if she continued she would not achieve the scores they needed (and likely hurt herself -gymnastics is dangerous if your head isn't in the game) and would likely have seen USA fall down the leaderboard and not even claim a medal. It was better to let a very capable, fully fit team mate step up to keep them in the silver medal position - and they very near got the gold. Simone did the best thing under the circumstances and her team has said the same.
G
gypsy 10 months ago

Reply
Upvote
@guest2   Yes I agree,  she could have done the job in front of her then dealt with the other issue, it was an anti climax after all the effort by everyone.
L
laura__palmer 10 months ago

Reply
Upvote
3 upvotes
@guest2 You are old school, the most important thing is that people look after their own mental health, and sometimes these things can come on very quickly. I'm sure her teammates understand.
G
guest2 10 months ago

Reply
Upvote
2 upvotes
@hopey Katey Ledecky came 5th in a race she was expected to win.  Instead of having a melt down she went on to win two gold medals.   Simone Biles did let her team down and her pulling out put greater pressure on them.   Whilst Biles did what she felt was right for herself, I don't particularly think pulling out mid games is something to be celebrated or considered brave, but woe betide anyone who suggests this.
C
cat 10 months ago