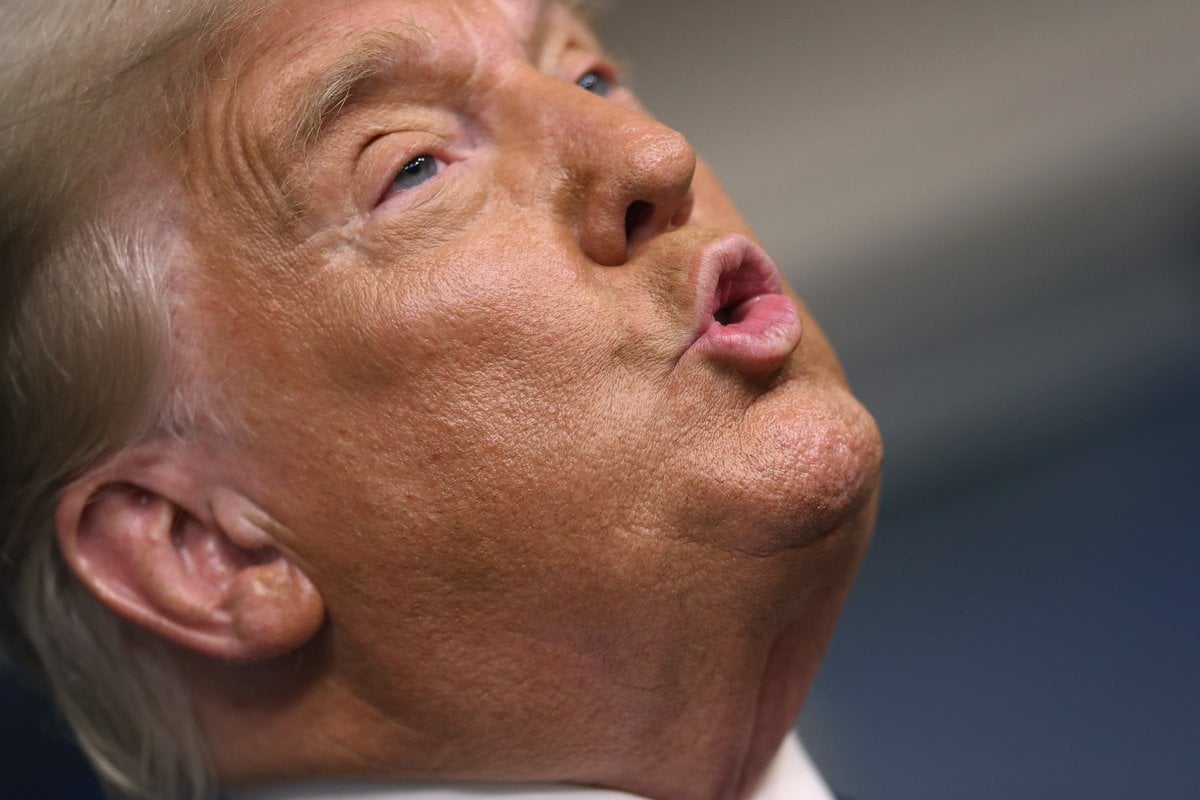 President Donald Trump's behaviour on Friday morning (AEST) has been described as the single worst moment in American presidential history.

The world watched as the leader of the free world declared the election - which has not yet been decided - corrupt and fraudulent.

Speaking from the White House for the first time since election night, Trump said: "If you count the legal votes, I easily win."

"If you count the illegal votes, they can try to steal the election from us..."

There is no evidence whatsoever of voter fraud, with even prominent Republicans rejecting Trump's claims.

"Much of that statement was not factual and was at times incendiary, and not something the President of the United States should say, or any elected official should say.

Trump's accusations were baseless, dangerous, and bizarrely inconsistent. There are claims of voter fraud in states where Trump is winning. He described it as "strange" that so many mail-in ballots have Biden's name on them, despite the fact Trump actively and publicly discouraged his voters from using mail-in ballots. The results, so far, make perfect sense.

What we watched this morning was a man suffering a narcissistic injury in real time.

As Hillary Clinton put it during the 2016 presidential debate: "Every time Donald thinks things are not going in his direction, he claims whatever it is, it's rigged against him.

"There was even a time," she continued, "when he didn't get an Emmy for his TV program three years in a row, and he started tweeting that the Emmy's were rigged against him."

Trump interjected: "Should have gotten it."

While Trump and the rest of the room laughed, Clinton concluded: "This is a mindset. This is how Donald thinks. And it's funny. But it's also really troubling."

It's troubling not least because his behaviour is becoming increasingly outrageous.

Not being alarmist. But when faced with this kind of narcissistic injury/collapse people do very bad things.

This is a man who appears to be in the midst of a delusion.

Psychologists all over the world have diagnosed Trump with narcissistic personality disorder, due to his inflated sense of self importance, lack of empathy, deep need for excessive attention and admiration, history of exploitative behaviour and preoccupation with power.

And here we are, in 2020, watching a narcissist do the one thing they're not meant to. Lose. The way this election is skewing is fundamentally incompatible with Trump's worldview, and he is desperately trying to make sense of it.

A narcissist is unable to attend to any issue beyond their own need for adulation. Today we saw that Trump is willing to send the case of non-existent election fraud to the Supreme Court, the "highest court in the land", as though they don't have more pressing issues to deal with.

The term 'narcissistic injury', used by Sigmund Freud in the 1920s, refers to a narcissist feeling like their hidden or "true self" has been revealed. A classic example is when a narcissist experiences a "fall from grace", say, losing an election. While a narcissist might at first appear unbothered and even arrogant, the injury is an enormous cause of distress and potentially leads to narcissistic rage.

Speaking to Salon, Dr Bandy X. Lee, a psychiatrist and author of the new book Profile of a Nation: Trump's Mind, America's Soul, said that watching a narcissistic collapse is like watching a drowning person gasping for air.

Lee said that rage attacks are common in the aftermath of a narcissistic injury. She added: "But when there is an all-encompassing loss, such as the loss of an election, it can trigger a rampage of destruction and reign of terror in revenge against an entire nation that has failed him."

Hopefully, Lee's prediction is hyperbolic, and we mustn't forget that Trump is not a lone wolf pacing the White House. The democratic process, and hundreds of millions of American people, are a lot stronger than one man who refuses to leave the stage.

With that said Trump is likely to continue to stomp his feet and deny what's unfolding right in front of him. Not only did political analysts warn us of this, in fairness, so did Trump.

If he lost, it would be because of corruption. He predicted his own narcissistic injury.

In a matter of hours, Joe Biden could be elected the next President of the United States.

Then we can count down the days until the unravelling of a narcissist is no longer any of our business.

Reply
Upvote
The theory of his diagnosis is supported by his body language. You see how when he is giving a speech, he twists from side to side on his feet. Children do this when they are being precocious or trying to ask for something they know isn't allowed. It's a deflective action to say 'I know what I'm doing is wrong but look how cute I am."
simple simon 5 months ago

Reply
Upvote
"Trump is likely to continue to stomp his feet and deny what's unfolding right in front of him. Not only did political analysts warn us of this, in fairness, so did Trump.
If he lost, it would be because of corruption."
Exactly! What is all the fuss about? Didn't we all fully expect this?
News
General
Opinion
True Crime
Politics
Sport
Explainer
Entertainment
Celebrity
Reality TV
Movies
TV
Books
Rogue
Royal
Lifestyle
Beauty
Fashion
Weddings
Home
Wellness
Health
Fitness
Travel
Food
Parents
Before The Bump
Pregnancy
Baby
Kids
Teens
School
Parent Opinion
Work & Money
Money
Finance
Career
Lady Startup
Relationships
Sex
Dating
Separation
Friendship
Family
Real Life
Couples