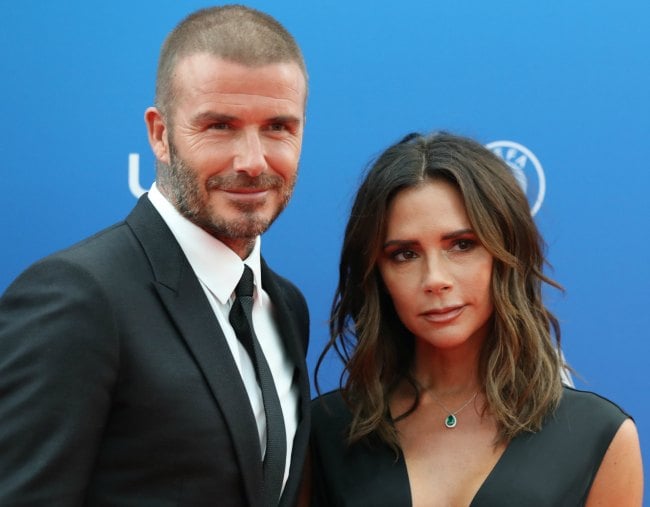 1. “Daddy is not a cheat.” The uncomfortable conversation David and Victoria Beckham were forced to have with their four children.

Well, this sounds like a bloody awkward conversation to have with your children.

In the wake of the most recent round of ‘David Beckham is having an affair’ rumours – which included him supposedly impregnating one of Harper’s teachers – the Beckhams have adopted an approach of complete transparency when it comes to their four children, says a close friend of the family.

Speaking to The Sun, the source states rumours are something the parents have discussed with their four children to ensure they hear it from them, and not “from the playground”.

“After the latest furore, they once again took the decision to be open and honest with them, reassuring them Daddy is not a cheat,” the source said.

“While publicly they maintained a united front by laughing off the rumours, behind closed doors they’ve taken them much more seriously.”

19 Years WOW … This time 19 years ago I was dressed from head to toe in purple ???? … Happy anniversary to the most amazing wife & mummy … Love You x @brooklynbeckham @romeobeckham @cruzbeckham #HarperSeven

In an interview with Vogue Magazine which will be published later this week, Victoria Beckham reportedly describes the exact conversation she had with her children about the cheating rumours. While the interview was initially meant to mark Beckham’s 10 years in fashion, she felt the need to address the rumours that had become so potent over the last few months.

The magazine will also publish the first group photoshoot of all the Beckham kids.

2. Kristen Bell’s emotional tribute to her husband Dax Shepard, on the 14th anniversary of his sobriety.

While widely adored Hollywood couple Kristen Bell and Dax Shepard were married in October 2013, over the weekend, the couple celebrated a different kind of anniversary.

In an emotional Instagram post, Kristen shared a message of congratulations to Dax on his 14th year of sobriety from drugs and alcohol, and it was a raw insight into his past struggles.

"I know how much you loved using. I know how much it got in your way. And I know, because I saw, how hard you worked to live without it," she writes.

"I will forever be in awe of your dedication, and the level of fierce moral inventory you perform on yourself, like an emotional surgery, every single night."

The actor has previously spoken about his past experiences ransacking the prescription medicine and alcohol cabinets of friends, something which led him to life-threatening situations. However 14 years later, that's changed - and it's definitely a moment worth celebrating.

Now read it and weep... literally.

To the man mocked me in our wedding photos because I cried too many tears of joy, Who wore a baby Bjorn for 2 straight years to show his girls how to be as adventurous as possible, Who held our dear little shakey mann pup for 8 hrs straight on the day we had to put him down, I know how much you loved using. I know how much it got in your way. And I know, because I saw, how hard you worked to live without it. I will forever be in awe of your dedication, and the level of fierce moral inventory you perform on yourself, like an emotional surgery, every single night. You never fail to make amends, or say sorry when its needed. You are always available to guide me, and all of our friends, with open ears and tough love when its needed most. You have become the fertilizer in the garden of our life, encouraging everyone to grow. I'm so proud that you have never been ashamed of your story, but instead shared it widely, with the hope it might inspire someone else to become the best version of themselves. You have certainly inspired me to do so. I love you more than I ever thought I could love anyone, and I want you to know, I see you. I see how hard you work. You set an excellent example of being human. Happy 14th year sobriety birthday, @daxshepard. Xoxo

3. All the details about Meghan Markle's secret trip home.

Among her multiple talents, we had no idea Meghan Markle was also a ninja.

Last month, the Duchess of Sussex managed to swing a secret trip home to Toronto to visit a pal and nobody noticed.

Somehow, amid her busy royal schedule, Meghan managed to squeeze in a whirlwind three-day trip to visit her stylist bestie Jessica Mulroney, whose three children made up part of Meghan's bridal party.

According to a source who spoke to Royal Central, Meghan enjoyed a glass of champagne and watched Jane Fonda and Diane Keaton’s new movie, Book Club during her solo eight-hour flight, and we totally would have done the same thing. (Are we the same person?)

“They spent their days catching up, cooking together and, of course, playing with Jessica’s children, who love their ‘Auntie Meg’,” he reported.

She even managed to fly under the radar on a night out. But how?

"There was one evening when Meghan and Jessica secretly headed out into the town to meet some of Meghan’s old, good friends.”

Of course, a casual word from Kensington Palace helped along the way - they reportedly sent a letter to Air Canada staff requesting that no one take the Duchess’ photo or approach her on the flight.

Someone else in Bachie land has a 'whippersnapper' and she hasn't told the Honey Badger.

Okay, so it's one of the contestants we actually didn't realise was still on the show, but still.

A source close to Ashlea Harvey, who hasn't had a single date with Nick yet (and to be honest we can't remember seeing on screen, um, ever), has revealed she has a nine-year-old-son.

According to the source, some of the girls in the house have been 'ganging up on her' because she hasn't told Nick yet. She also revealed that she's been 'encouraged' to keep it quiet by producers. What!?

"It's mean, really, how they're [the girls] ganging up on her, but she was encouraged by producers to hold onto the news, too," the source told Woman's Day.

"She's been waiting for the right moment on a single date.

"But there's no sign of that happening yet, and the others in the house are starting to ask if she's embarrassed about having a son."

Apparently some contestants are comparing her to Russian personal trainer Dasha, who has spoken about her five-year-old son multiple times on the show. (When she's not mysteriously absent, that is).

"Dasha is 'out and proud' about her boy, which is why everyone's saying to Ashlea, 'Why don't you tell Nick, too?' ," said the source.

5. Keira Maguire on the cruel reason Jarrod broke up with her.

In the wake of publicly announcing their break up, Bachelor in Paradise's Keira has spoken to New Idea about some of the issues that contributed to her split from Jarrod.

“He would get really frustrated because I didn’t have a job and [he] couldn’t understand my lifestyle, earning money from Instagram,” she said, before adding in this pointed comment.

“The thing is, I earn more than he does. Everyone thinks he’s this rich man who owns a winery. He doesn’t. He works on his parents’ farm and wasn’t supporting me financially. If anything, it was me spoiling the sh*t out of him,” she said.

According to the influencer, Jarrod’s on-air flirtations with Ali Oetjen and Simone Ormesher also became a recurring issue in their relationship, which was exacerbated as the show went to air.

“As soon as the show came on, we struggled. We saw each other in a different light,” she said.

You can read the rest of the story here.