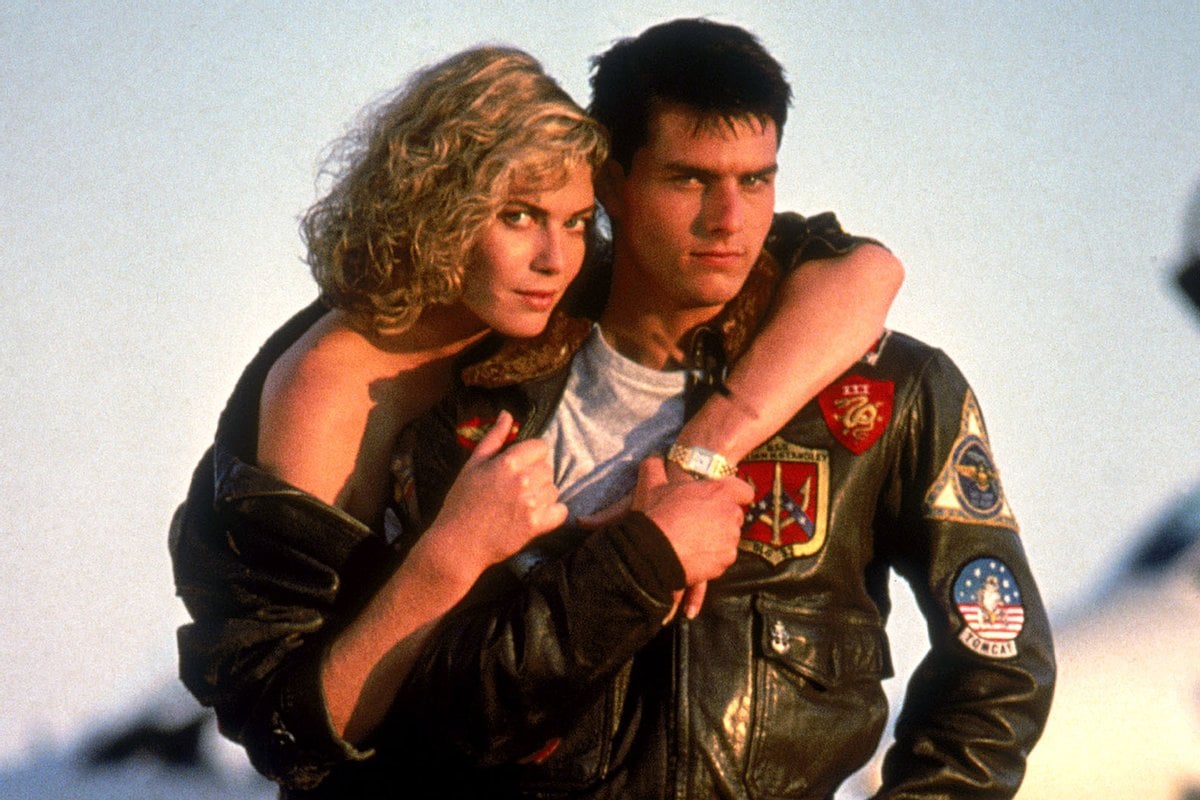 The movie, directed by the late great action filmmaker Tony Scott and starring Tom Cruise, Val Kilmer, Kelly McGillis and many more, took us into the "danger zone" with its thrilling aerial scenes, iconic moments and epic soundtrack.

Now, all these years later, the cult classic is getting a sequel with Top Gun: Maverick.

While Tom Cruise and some of the original cast will reprise their roles for the second instalment, Maverick will feature new faces including Jon Hamm, Jennifer Connelly and Miles Teller.

So, before you go out to see it, here's where the original cast of Top Gun are to now. 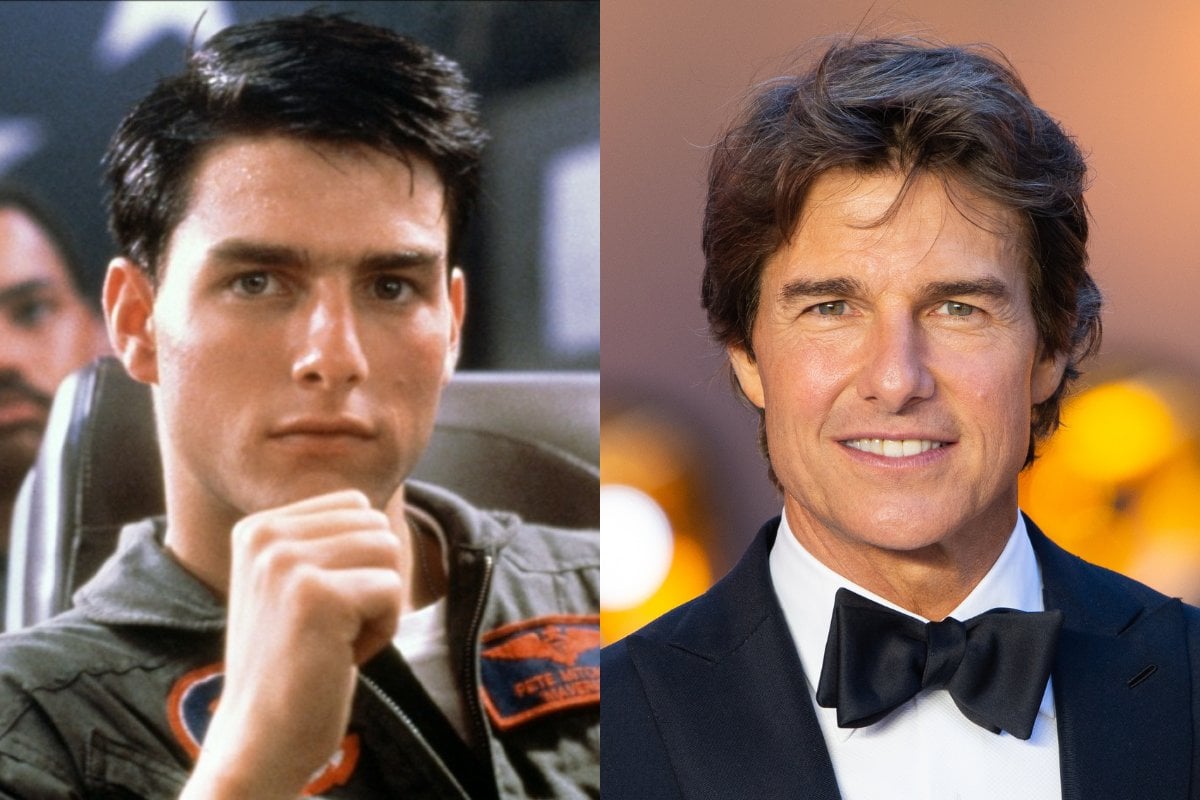 The lead role blasted the then 24-year-old Cruise into the stratosphere, and following the film, he starred in the Oscar-winning 1988 movie Rain Man alongside Dustin Hoffman.

Cruise has since appeared in many films including Born on the Fourth of July (which earned the actor his first Oscar nomination), Days of Thunder (the film that introduced him to Nicole Kidman, to whom he was married from 1990 to 2001), and A Few Good Men.

The now 59-year-old actor is most well-known as an action star, playing Ethan Hunt in the Mission: Impossible franchise and Jack Reacher in the films of the same name.

From 2006 to 2012, Cruise was married to Katie Holmes and the two actors have a daughter named Suri.

However, the actor, who is a devoted Scientologist, has not seen her for years.

"Tom eats, breathes and sleeps Scientology," a source told In Touch in 2016.

"He’s disconnected from Katie, and then de facto from Suri, because of her connection to Katie. He hasn’t seen her since she was seven," they alleged.

Read more: Tom Cruise and Katie Holmes' daughter Suri is all grown up. This is what her life is like now. 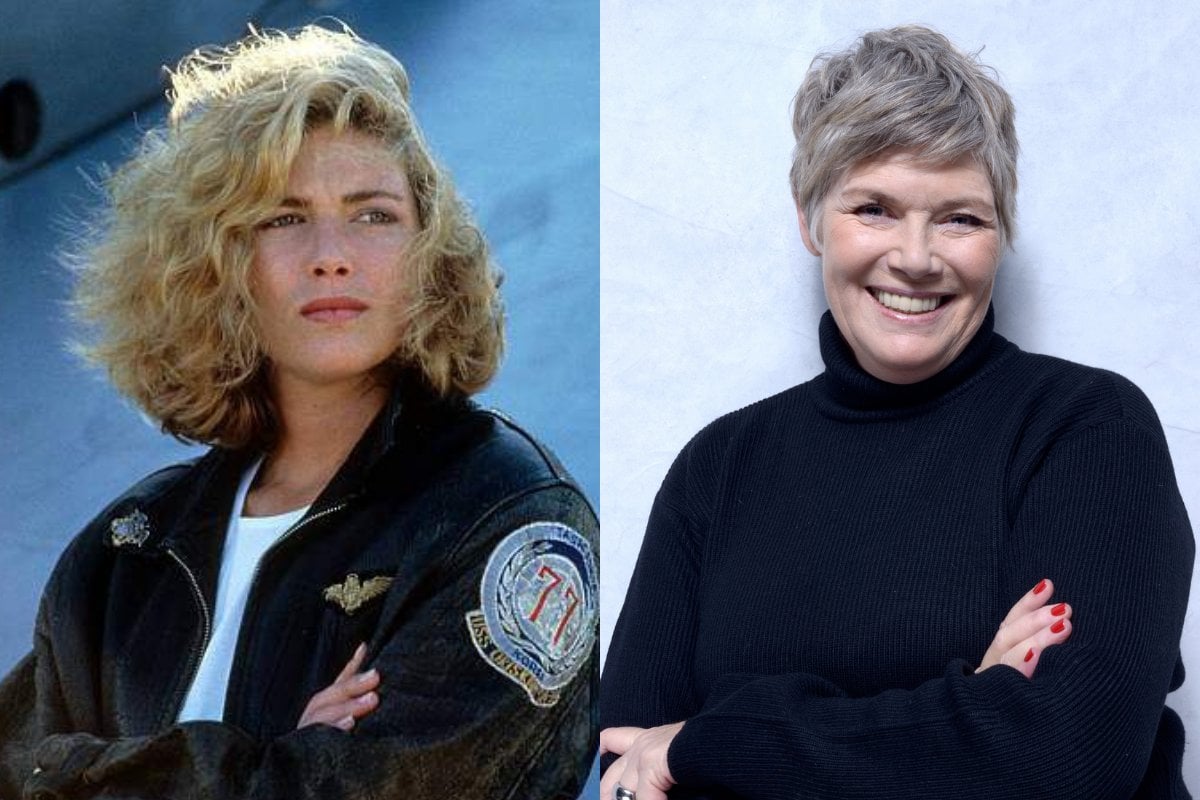 Since the film, McGillis has starred in critically acclaimed films such as The Accused alongside Jodie Foster, and gone into theatre, working with the prestigious Shakespeare Theatre Company.

In the '00s, the actress returned to film and television starring in horror films Stake Land and The Innkeepers and most recently, appeared in the TV series, Dirty John: The Betty Broderick Story.

But McGillis isn't in the Top Gun sequel, and she knows why.

"I’m old and I’m fat and I look age-appropriate for what my age is, and that is not what that whole scene is about," the 64-year-old actress told Entertainment Tonight.

She added: "But… I’d much rather feel absolutely secure in my skin and who and what I am at my age as opposed to placing a value on all that other stuff."

These days, McGillis hardly works, and she likes it that way.

"I can't remember the last time I worked," she told ET.

"I feel really blessed that I don't have to work, you know? But I get the option to work, so I'm really blessed in that way. Not many people get that option later in life, so I feel very lucky." 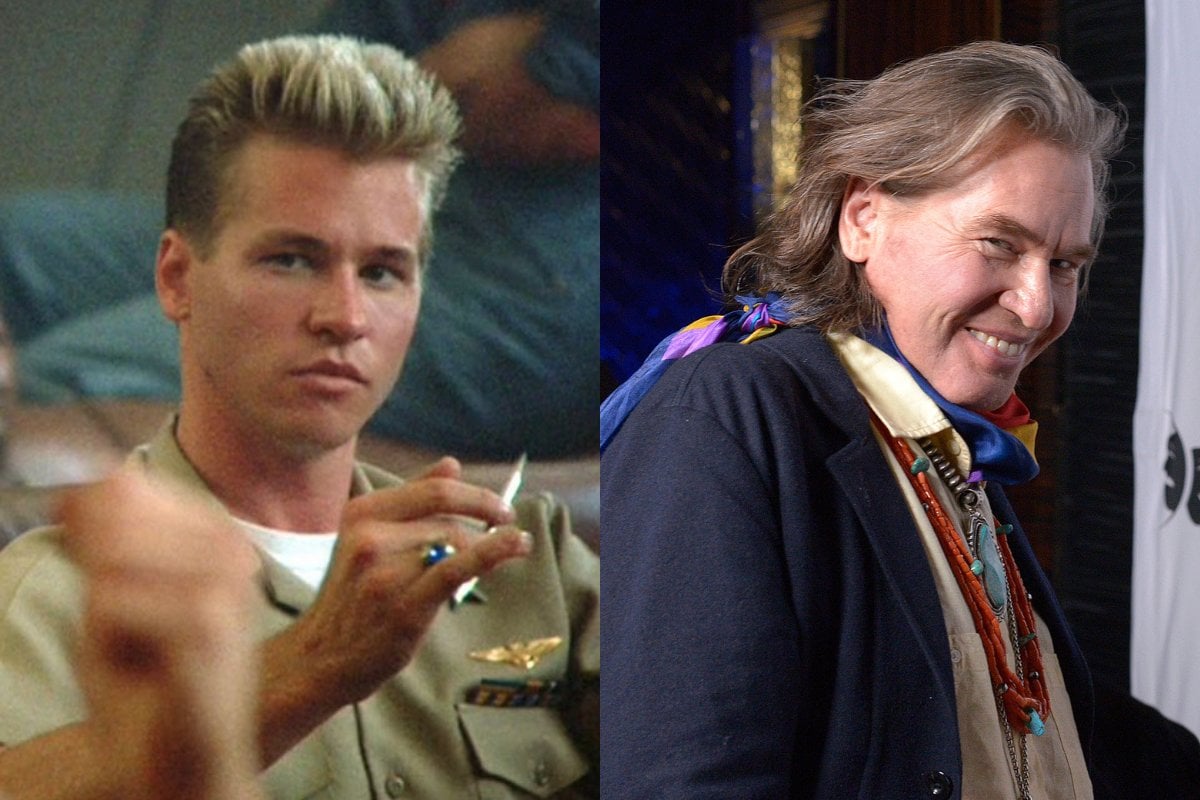 Val Kilmer had a starring role as the intimidating Iceman opposite Tom Cruise's Maverick.

In the decade that followed, Kilmer continued to make waves in the industry, picking up roles in The Doors, Batman Forever and The Saint, while simultaneously making headlines for his high-profile relationships to singer Cher and model Cindy Crawford.

After working on action movie Willow, Kilmer later married his co-star Joanne Whalley in 1988 after a short period of dating.

They welcomed two children together: a daughter, Mercedes, and a son, Jack. But in 1995, Whalley filed for divorce, citing irreconcilable differences.

In 2021, a new Amazon Prime Video documentary Val was released.

The 90-minute documentary flipped between behind-the-scenes footage filmed by Kilmer himself and recent interviews with the actor.

One of the focal points of the film was the fact Kilmer, 62, now speaks through a voice box after a throat cancer diagnosis.

As Kilmer speaks using a voice box now, producers knew that getting Kilmer to return to Top Gun would entail extra work.

Within his scene in the new film, Kilmer's voice was recreated using archival recordings and modern technology. They were able to use recordings throughout the actor's career to create an artificial mock-up.

Read more: In the 1990s, Val Kilmer was one of Hollywood's biggest heartthrobs. Everyone hated him. 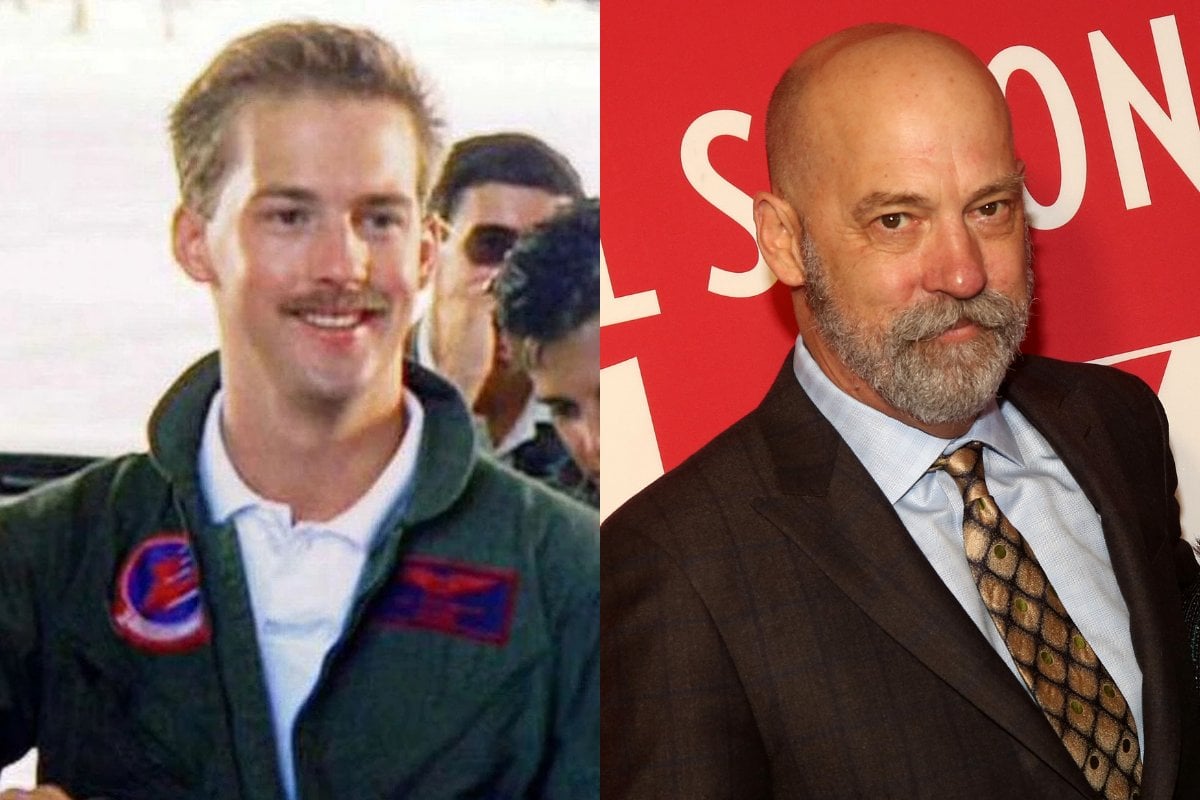 Since the film (and his heartbreaking fate), Edwards has appeared in various television shows including Law & Order True Crime and Billions, and movies including Zodiac.

Most recently, the 59-year-old actor starred in Netflix's Inventing Anna and the WeWork mini-series WeCrashed.

In 2017, Edwards wrote an essay that was published on Medium where he alleged that he was sexually assaulted by screenwriter and producer Gary Goddard for years, starting when he was 12 years old.

He has since become a board of directors at 1in6, "a national nonprofit organisation dedicated to supporting men who have experienced sexual abuse or assault".

Edwards was married to Jeanine Lobell, with whom he had one son and three daughters. They divorced in 2015.

At the end of 2021, he and long-time friend and fellow actor Mare Winningham eloped. 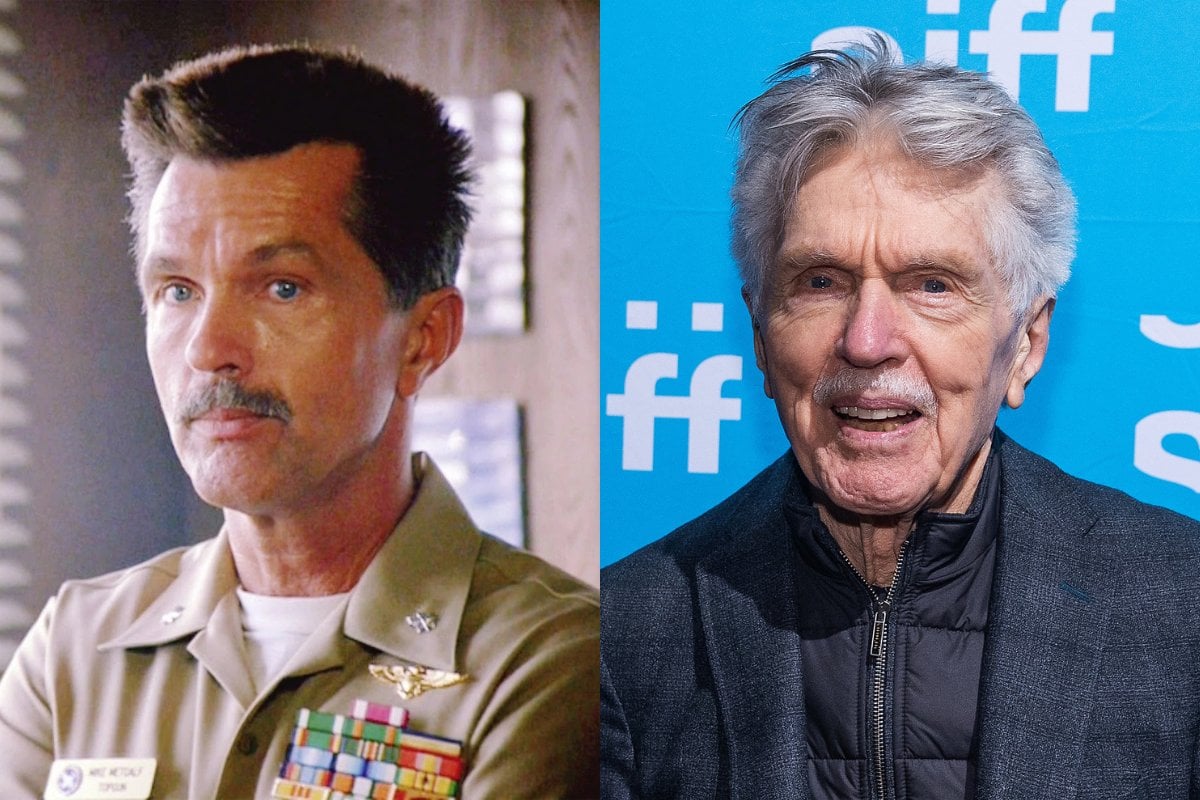 Tom Skerritt played commanding officer and instructor of Top Gun, Mike 'Viper' Metcalf who takes a liking to Maverick due to having served with Maverick’s father in the Vietnam War.

The actor, who has been in the industry since the '60s, starred as Evan Drake on Cheers and Sheriff Jimmy Brock on Picket Fences. The latter role earned the actor a Primetime Emmy in 1993.

More recently, he has starred in Homeland Security and The Grid.

Outside of acting, Skerritt, now 88, is founder and chairman of Heyou Media, a Seattle-based digital media company.

He has also been married three times and has five children. 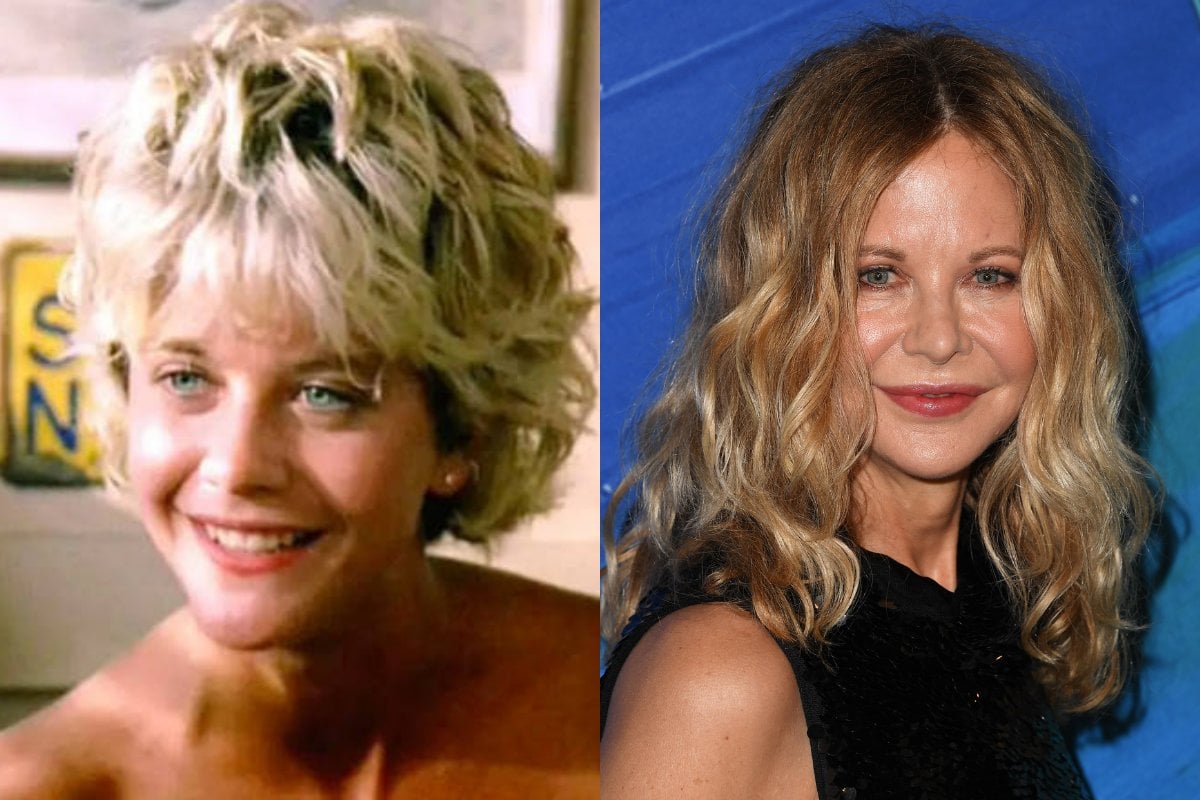 After appearing alongside Tom Hanks in Joe Versus the Volcano, which was a commercial disappointment, Ryan starred alongside Hanks for the second time in Sleepless In Seattle.

Throughout the '90s and early '00s, the actress continued to star in a string of romantic comedies, including French Kiss, Addicted to Love, You've Got Mail with Tom Hanks, and Kate & Leopold with Hugh Jackman.

In 2000, the actress appeared in action thriller Proof of Life alongside Russell Crowe.

While working on the film, Ryan and Crowe allegedly engaged in an affair while Ryan was still married to actor Dennis Quaid. (Ryan and Quaid later announced their separation in June 2000, before finalising their divorce in July 2001.)

After two of her films - In the Cut and Against the Ropes - failed at the box office, Ryan grew weary of being an actress.

"I was burned out. I didn’t feel like I knew enough anymore about myself or the world to reflect it as an actor. I felt isolated," she told The New York Times Magazine.

In more recent years, Ryan has worked in front of and behind the camera.

In 2015, the now 60-year-old made her directional debut with the film Ithaca. And in 2022, Ryan will direct and star in What Happens Later, alongside David Duchovny.

She has two children: a son with Dennis Quaid and a daughter she adopted.

Read more: Meg Ryan was the undisputed queen of romantic comedy. Then one movie ruined it all. 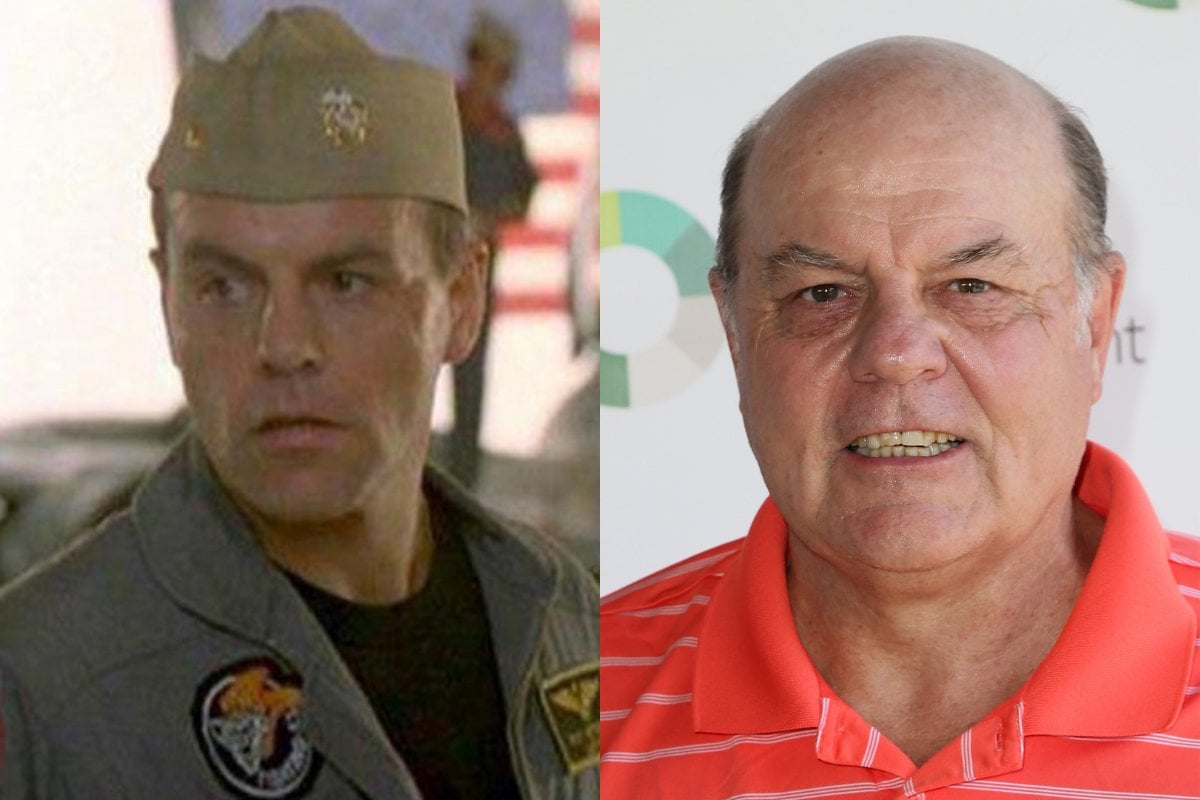 The Canadian actor - who specialises in playing villains and tough guys - has since appeared in films Total Recall, The Machinist and Terminator Salvation.

In addition, he guest-starred on Hawaii Five-O and This Is Us, and voiced Darkseid in the animated series, Justice League and Harley Quinn.

Most recently, Ironside played Don Lucas in the 2022 miniseries The Dropout.

The actor, now 72, has been married since 1986 and has two daughters. He has also survived thyroid and prostate cancer. 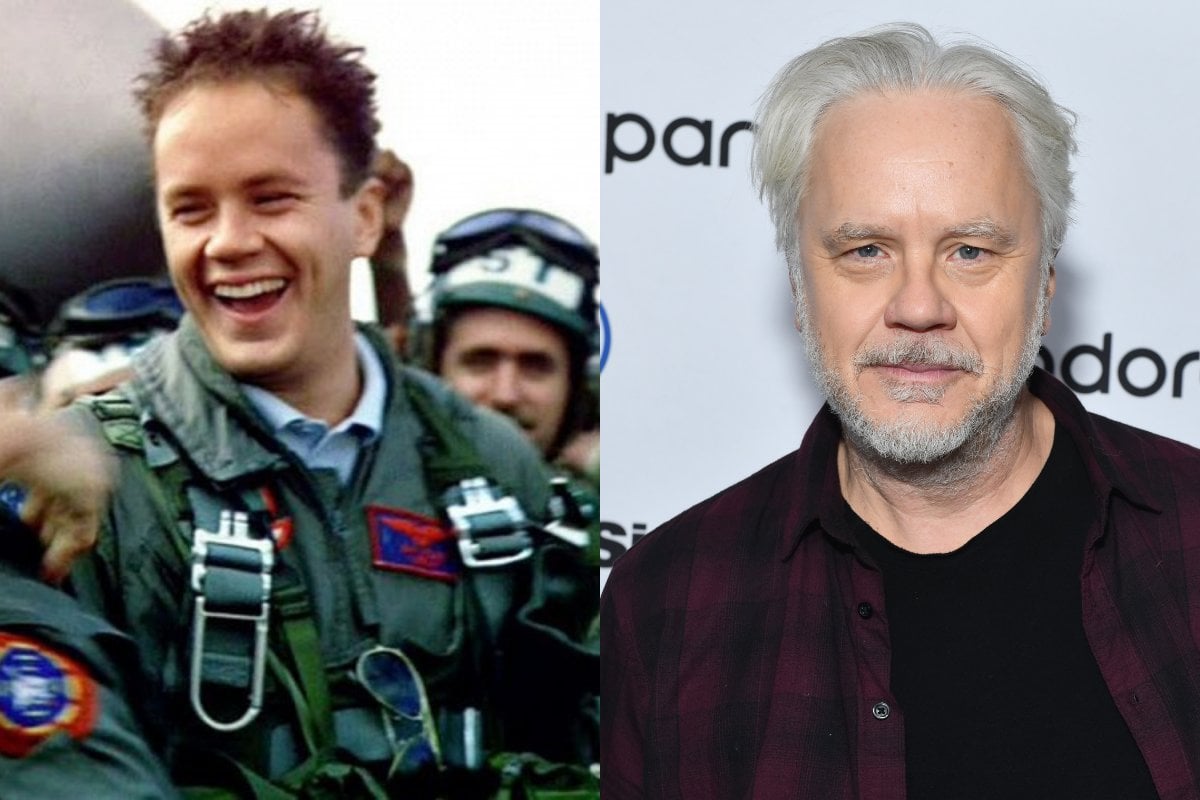 Not only was the film a success, but he also met his future wife while filming it - Susan Sarandon. The pair were married for 21 years and have two sons together.

Since then, Robbins has starred in films Nothing to Lose and Green Lantern, and directed Bob Roberts and Dead Man Walking, both of which were well received.

On TV, Robbins played Secretary of State Walter Larson in the comedy series, The Brink.