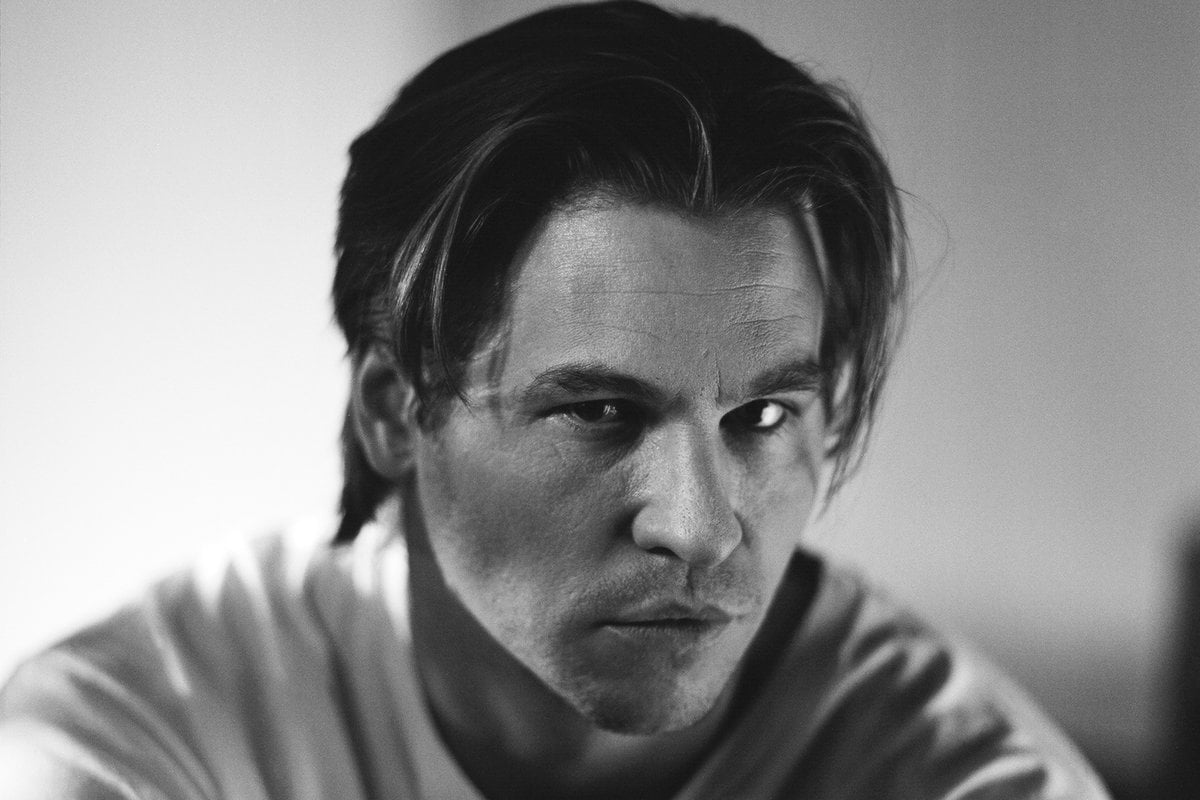 The 1959-born actor had a starring role as the intimidating Iceman opposite Tom Cruise's Maverick in Top Gun, wore leather pants to play frontman Jim Morrison in The Doors, and even put on the Batsuit in Batman Forever.

But in the eyes of Hollywood, Kilmer had a reputation for being "difficult", "erratic", and "psychotic".

As the son of a real estate developer and an aerospace equipment distributor, Kilmer grew up in an affluent household in Los Angeles, alongside his older brother Mark and his younger brother Wesley.

With a keen interest in acting from a young age, Kilmer landed his first role at just 12 years old. During filming, he reportedly walked off set because he couldn't get into his character's "motivation". The acting job was a TV advertisement for hamburgers.

At 17, Kilmer became the youngest person at the time to be accepted into the Juilliard School's Drama Division in New York City.

But just one day before Kilmer's enrollment at the prestigious school began, the young actor's life changed forever when his brother Wesley, an aspiring director, suffered an epileptic fit and drowned.

"I didn't really get back to earth until about two or three years after my brother died," the actor later told The New York Times.

"It's like that Nickelback song, 'I'm sick of sight without the sense of feeling.'"

While Kilmer attended Juilliard following his brother's death, he largely hated the experience.

According to The New York Times, Kilmer frequently clashed with his mentors and fellow students, and "hated the authoritarian rule" at the performing arts conservatory.

But nonetheless, he succeeded during his time at the school, landing a number of stage parts.

In 1983, he landed a role in The Slab Boys on Broadway alongside Kevin Bacon and Sean Penn. The following year, he landed his first off-stage big break, appearing in the comedy spoof Top Secret! 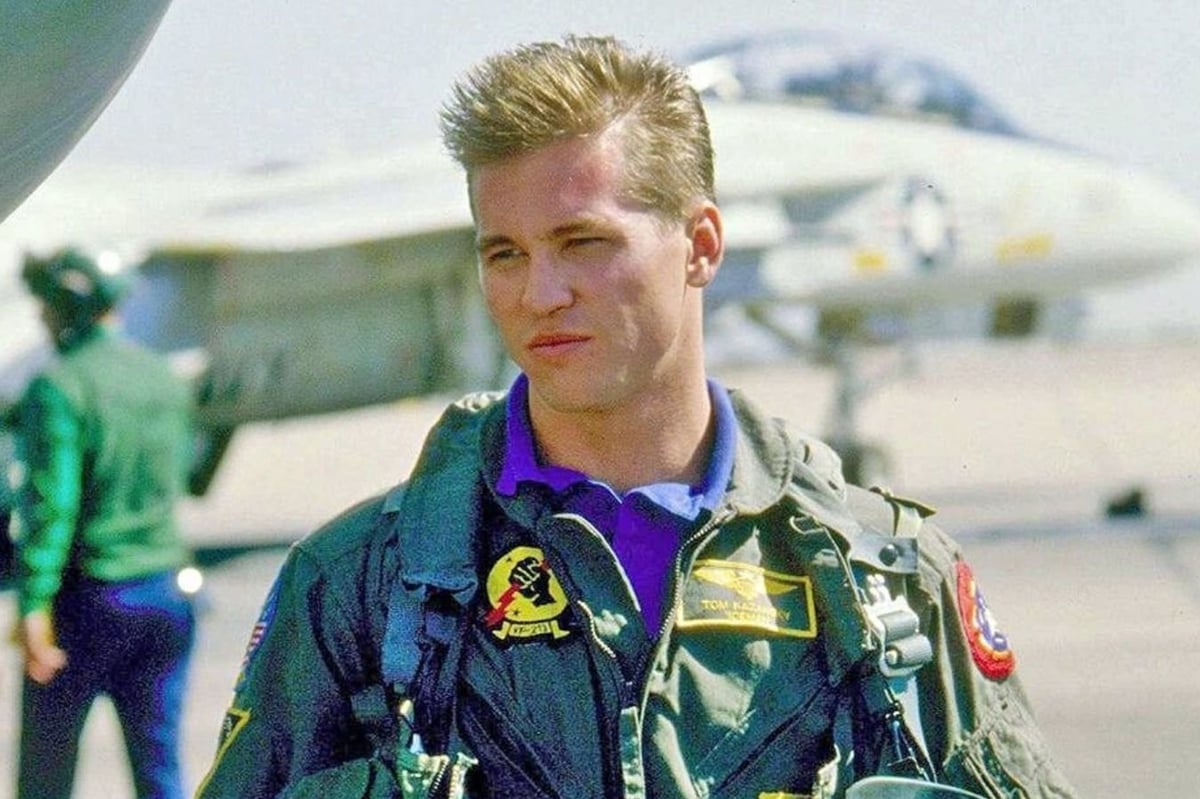 Val Kilmer as Iceman in Top Gun. Image: Paramount Pictures. It was Kilmer's role in Top Gun alongside Tom Cruise in 1986 that made Val Kilmer - and his character Iceman - a household name.

"For the rest of my life," Kilmer said, "I will be called Iceman by every pilot at every airport I ever go to."

In the decade that followed, Kilmer continued to make waves in the industry, picking up roles in The Doors, Batman Forever and The Saint, while simultaneously making headlines for his high-profile relationships to singer Cher and model Cindy Crawford. 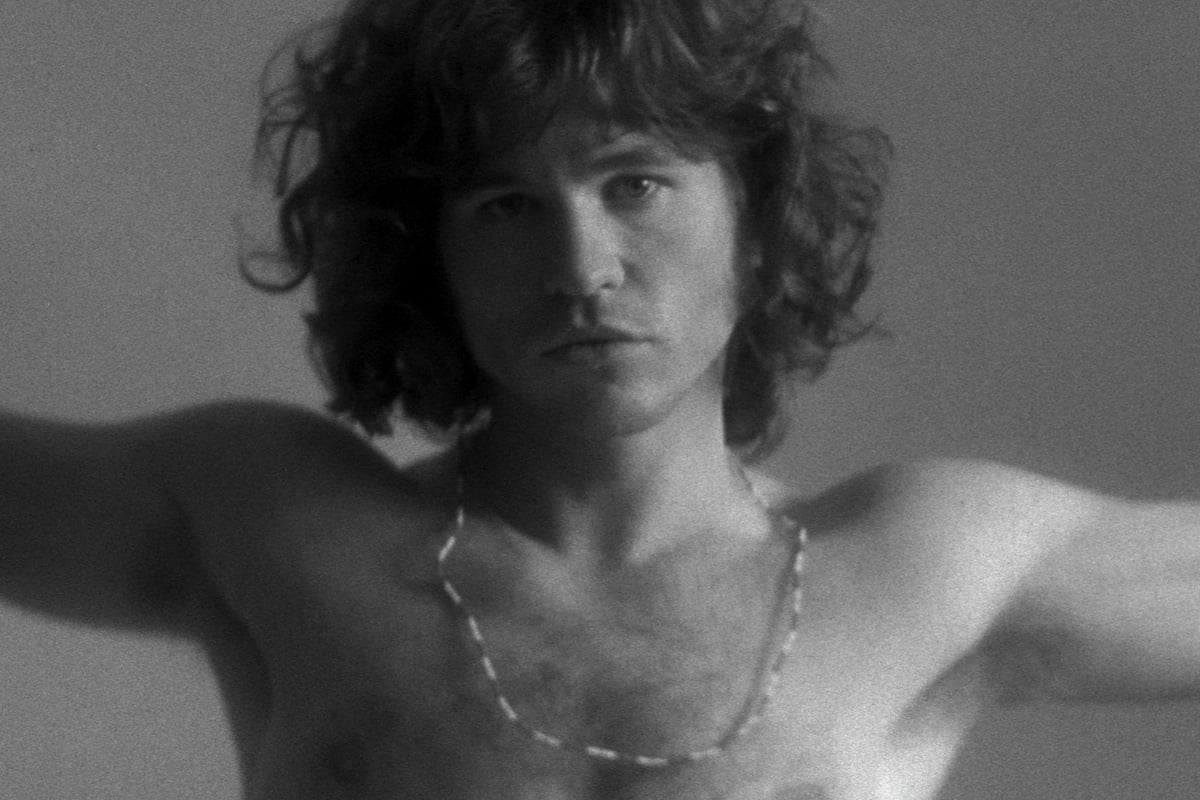 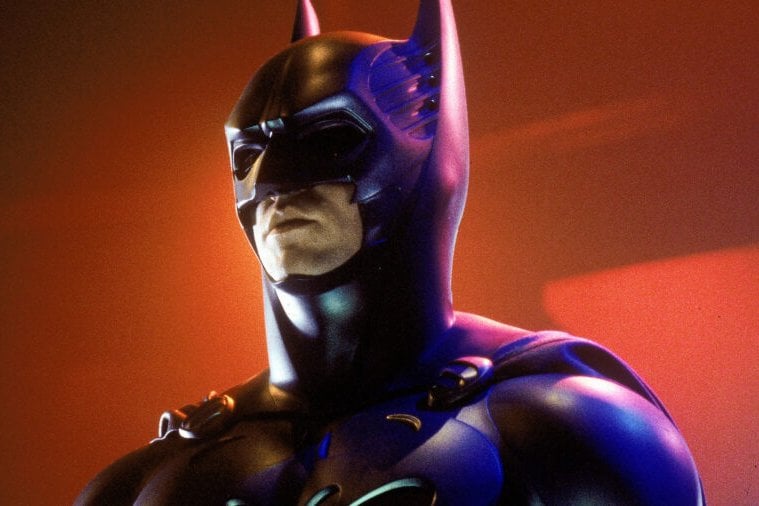 After working on action movie Willow, Kilmer later married his co-star Joanne Whalley in 1988 after a short period of dating. They welcomed two children together: a daughter, Mercedes, and a son, Jack. But in 1995, Whalley filed for divorce, citing irreconcilable differences.

The separation marked a tumultuous period in Kilmer's life. As the divorce was finalised in 1996, Kilmer's reputation for being "difficult" reached the masses when Entertainment Weekly published an article titled: "Van Kilmer makes enemies in Hollywood."

As journalist Rebecca Ascher-Walsh wrote: "Just as Kilmer's $6 million-per-picture paycheck has come to reflect his clout, his reputation for being difficult has soared. His prolific schedule notwithstanding, many in Hollywood are loath to work with him, no matter how big the box office payback."

Kilmer had grown a reputation behind the scenes. And people were starting to talk about it.

Many of the stories about Kilmer's reputation arose from his role in The Island of Dr. Moreau in 1996. 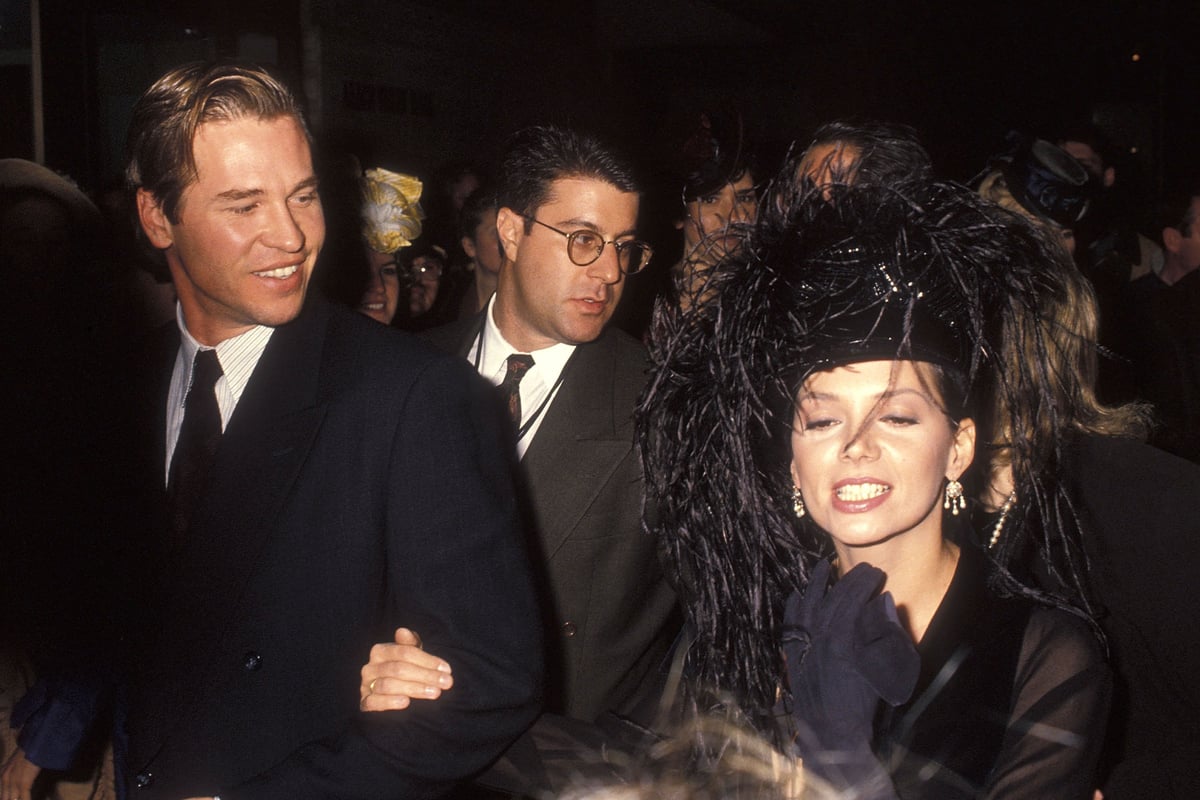 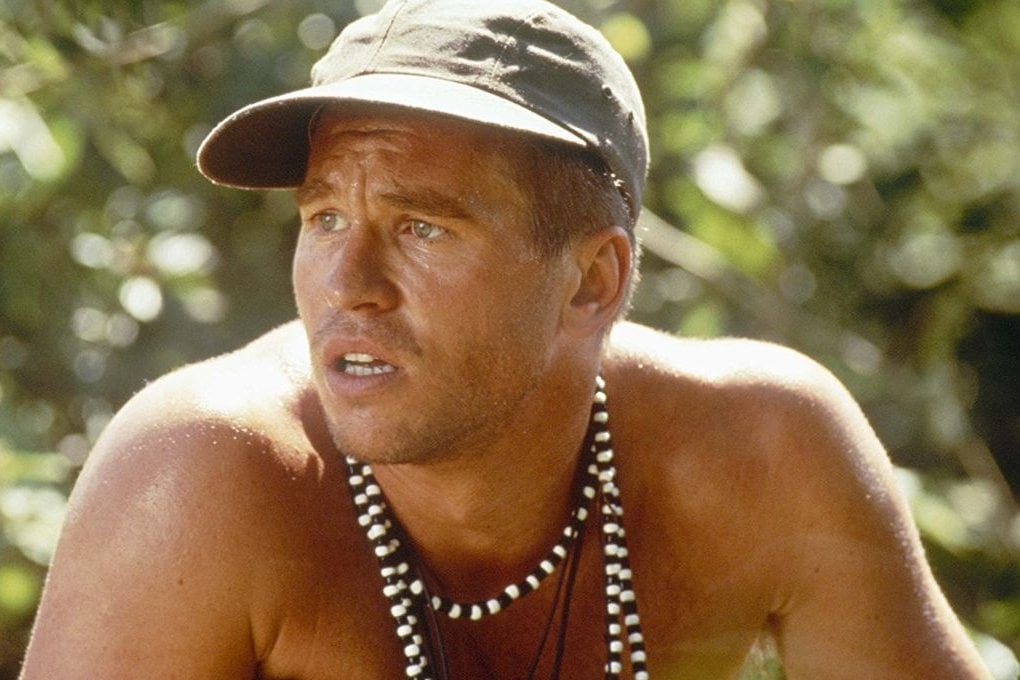 It was a notoriously difficult production. The film's original director, Richard Stanley, was fired by fax after just a few days of filming. Actor Marlon Brando spent hours in his trailer when he was supposed to be on camera and requested an earpiece rather than learning his lines. And Val Kilmer, who played Edward Prendick in the film, made his availability limited and clashed with cast and crew after being served divorce papers by Whalley. During one scene, he even reportedly sat on the ground and refused to stand up.

Stanley, who directed Kilmer for just three days, told Entertainment Weekly: "Val would arrive, and an argument would happen."

Stanley's replacement director, John Frankenheimer, agreed, telling the publication: "I don't like Val Kilmer, I don't like his work ethic, and I don't want to be associated with him ever again."

"I had heard horror stories about Val and was warned not to hire him," Schumacher told the publication. "But I have heard that about many talented people, hired them anyway, and had no problems whatsoever."

While working on the 1995 film, Kilmer grew bored with playing Batman, and felt like a "puppet" while wearing the Batsuit. Within weeks, tensions rose on set.

"[Kilmer and I] had a physical pushing match," Schumacher shared.

"He was being irrational and ballistic with the first AD, the cameraman, the costume people. He was badly behaved, he was rude and inappropriate," he continued.

"I was forced to tell him that this would not be tolerated for one more second. Then we had two weeks where he did not speak to me, but it was bliss."

While Kilmer's contract required him to make a second Batman film, Batman and Robin, Warner Bros. released him from the contract and handed the role of the Dark Knight to George Clooney, while Kilmer went on to film The Saint.

Schumacher later told Premiere Magazine that Kilmer was "the most psychologically disturbed human being" he had ever worked with.

In 2017, while conducting an 'Ask Me Anything' session on Reddit, Kilmer was asked about his "side of the story" in regards to his notorious reputation on set.

"I didn't do enough hand holding and flattering and reassuring to the financiers," Kilmer wrote.

"I only cared about the acting and that didn't translate to caring about the film or all that money. I like to take risks and this often gave the impression I was willing to risk their money not being returned, which was foolish of me. I understand that now. And sometimes when you are the head of a project and the lead actor is usually the reason a film is being made, unless it's a superstar director, then [it's] only fair to make people feel good and happy they are at work. I was often unhappy trying to make pictures better."

Then, in another effort to share his side of the story, Kilmer published his memoir, I'm Your Huckleberry.

According to The New York Times, Kilmer wrote in the memoir that his on-set behavior was "an unflinching attempt to empower directors, actors and other collaborators to honour the truth and essence of each project," which ended up "alienat[ing] the head of every major studio." 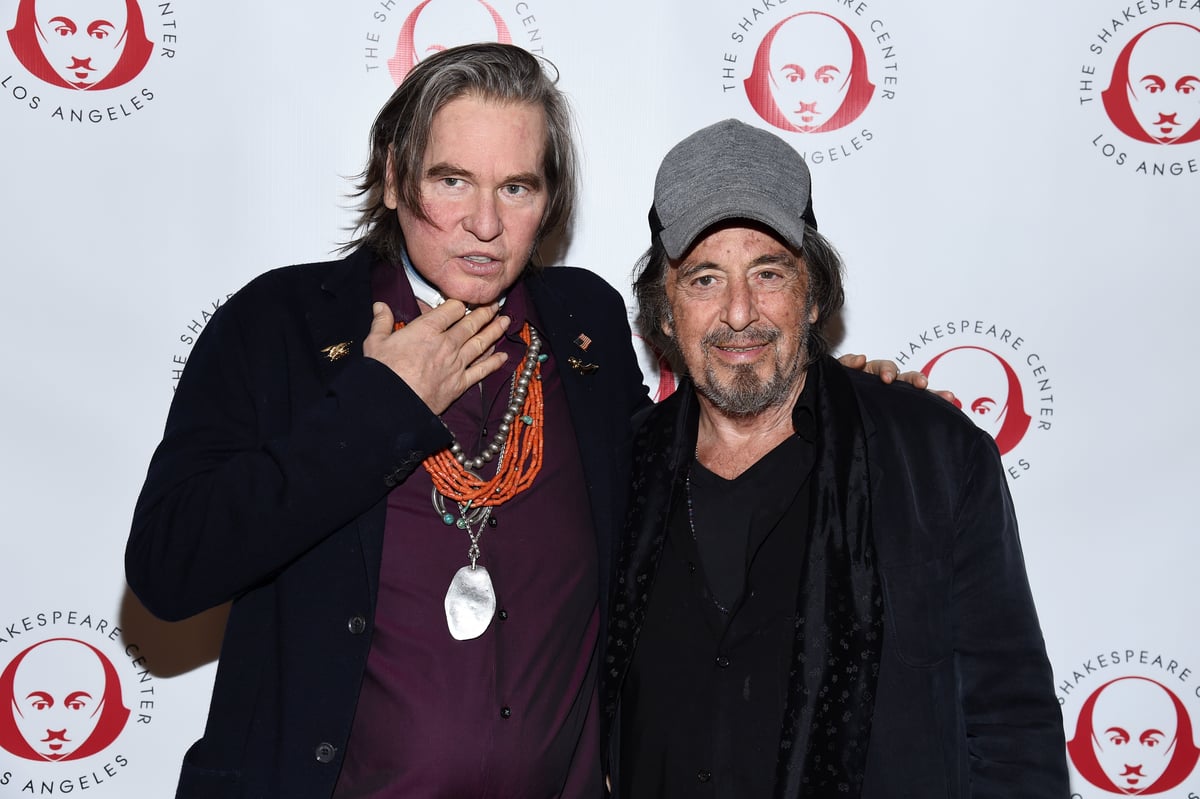 In 2021, a new Amazon Prime Video documentary Val was released.

The 90-minute documentary flipped between behind-the-scenes footage filmed by Kilmer himself and recent interviews with the actor.

One of the focal points of the film was the fact Kilmer now speaks through a voice box after a throat cancer diagnosis. He was actually staying in Cher's guest house back in 2014 when he realised that something was wrong.

"Suddenly I awoke vomiting blood that covered the bed like a scene out of The Godfather," he wrote in I'm Your Huckleberry.

After being diagnosed with throat cancer, Kilmer kept it a secret. He later shared that he had undergone chemotherapy and radiation. He also had two tracheotomies, and now uses a feeding tube.

"Speaking, once my joy and lifeblood has become an hourly struggle," he wrote in his memoir. "The instrument over which I had complete mastery is now out of my control."

The documentary was also co-produced by his two children - Mercedes and Jack. 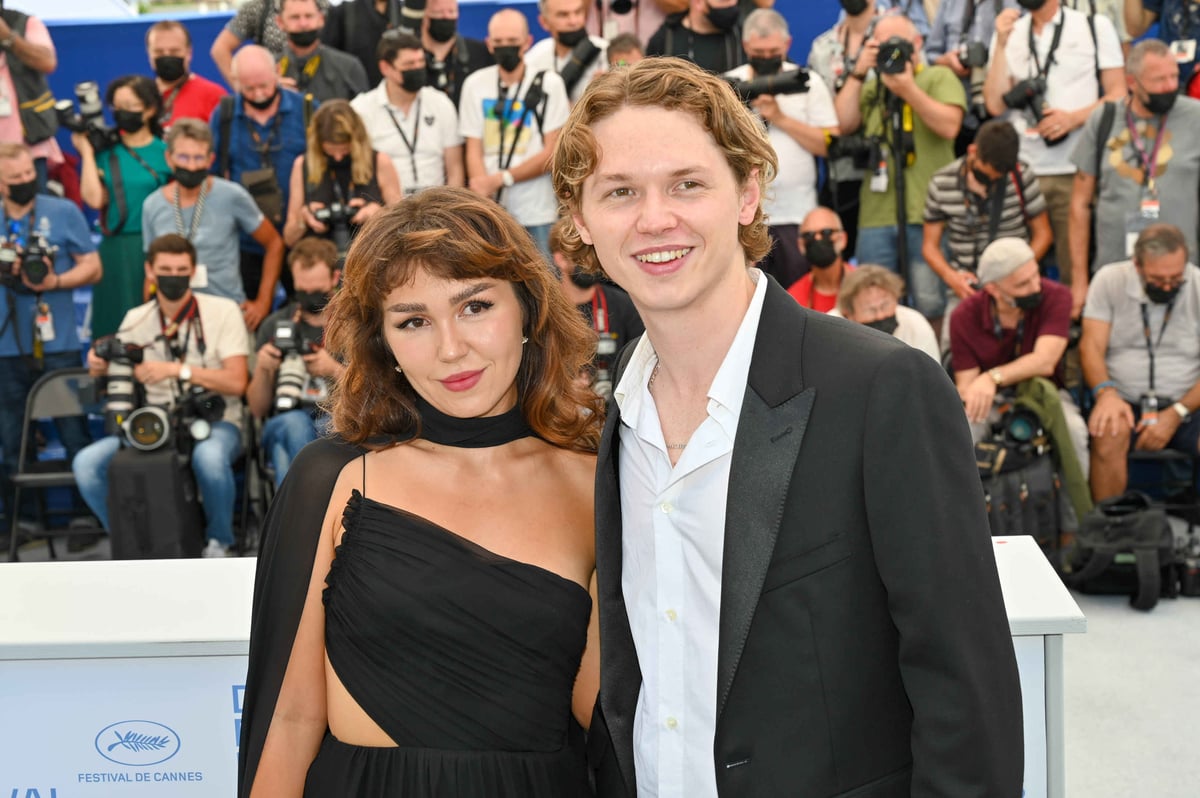 Val Kilmer's children, Mercedes Kilmer and Jack Kilmer, at the Val premiere in 2021. Image: Getty. Speaking at the premiere of Val - which Kilmer couldn't attend due to his health - daughter Mercedes said, "It's very emotional for him to watch it and we wish he could be here, but he's here in spirit and he's just so proud of this and that people get to see a side of him that has never been seen before."

But Kilmer has managed to make an appearance as Iceman in the new film Top Gun: Maverick.

Mercedes was on set watching her dad acting in the new film, and she told the New York Post it was special to see.

"I was on set. I saw it live and it was extraordinary. It means a lot to my dad as he's very proud of that film. This is what he loves to do. It was trippy, and very special for my dad to be on set with all of his friends who made this movie when they were my age."

As Kilmer speaks using a voice box now, producers knew that getting Kilmer to return to Top Gun would entail extra work. Within his scene in the new film, Kilmer's voice was recreated using archival recordings and modern technology. They were able to use recordings throughout the actor's career to create an artificial mock-up.

Speaking about the effort the production team went to, Kilmer said, "I'm grateful to the entire team at Sonantic [the editors behind the technology] who masterfully restored my voice in a way I've never imagined possible."

And at the premiere of the film, Tom Cruise said he enjoyed working with Kilmer again.

"It was lovely. The whole experience, you know, 36 years to make this film. There were so many moments in making it that were very special, incredibly unique. He's an actor that I greatly admire, so it was wonderful."

Reply
Upvote
1 upvotes
Yep, those quotes make him sound pretty awful to work with. He clearly thinks he's the centre of every project and the only real "artist".

"when you are the head of a project and the lead actor is usually the reason a film is being made, unless it's a superstar director"
No wonder all the other people who had worked harder and longer on these projects disliked him.
T
tanahhomestay a year ago

Reply
Upvote
1 upvotes
I believe his popularity started to wane after he dumped his wife Joanne Whaley and his two small children to pursue a fling with Drew Barrymore which he quoted was “powerless to control”. Seems like he had/has a major problem with impulse control.
C
cat a year ago