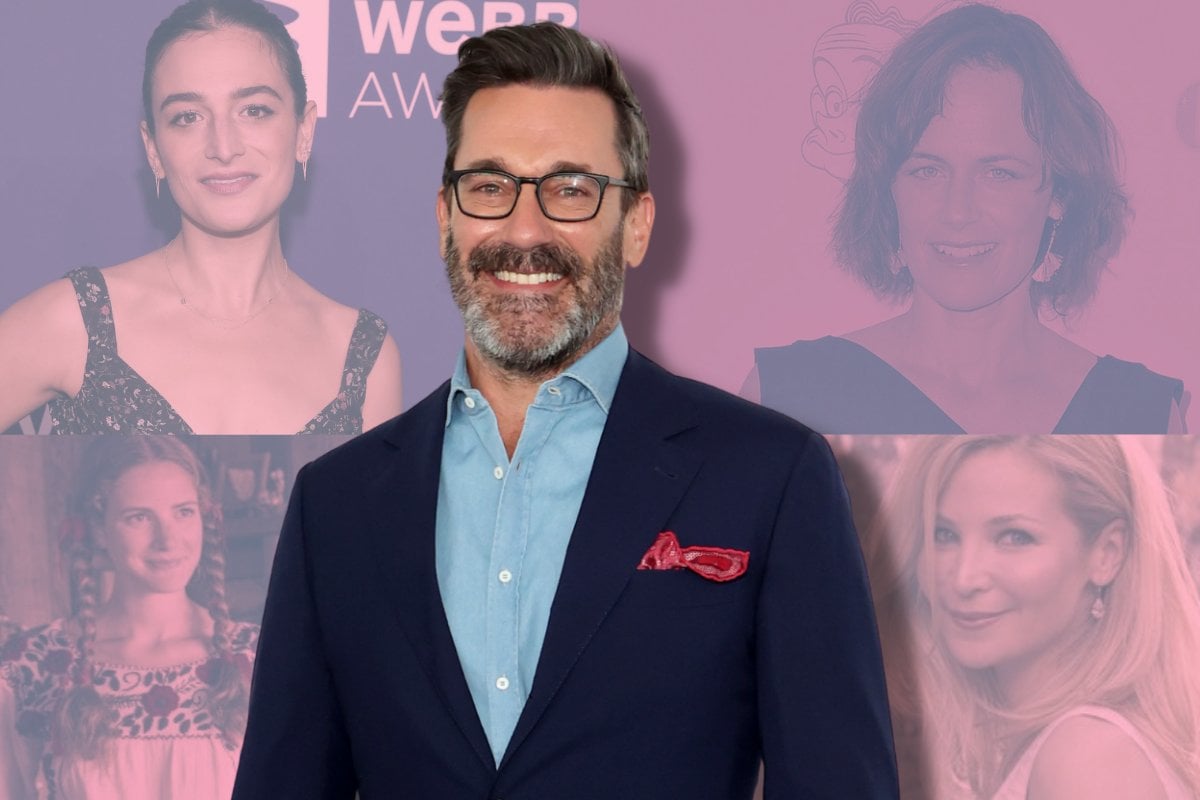 Jon Hamm has been photographed on an Italian beach with his girlfriend, Anna Osceola.

The couple, who have a 17-year age gap, had their arms around each other and have reportedly been going out for more than a year. But don’t expect an engagement announcement – as the Mad Men star says he doesn’t have a “marriage chip”.

Hamm has no happy childhood memories of his parents being together. They divorced when he was two, and he lived with his mum, Deborah, in Missouri. When he was 10, she died of colon cancer.

“It was very fast,” he told British GQ. “It was incredibly hard to watch. Life really does a number on you. I watched my mum shrivel up, and at 35.”

Hamm moved in with his dad Daniel, whose first wife had also died, leaving him with two daughters. Hamm was brought up by his dad and grandmother, as well as three local women.

One of them was Carolyn Clarke.

“Because he didn’t have a mother, there were three of us that decided we were going to mother him, whether he wanted it or not,” Clarke told In Depth With Graham Bensinger. “And he enjoyed being around my daughter.”

Watch Carolyn Clarke's interview with Graham Bensinger, where she speaks about raising Jon Hamm in his teen years. Post continues below.

Clarke’s daughter was Sarah Clarke, who would go on to star in 24. She and Hamm went to two school proms together.

One time, Sarah’s older brother Preston brought home his college roommate, who happened to be future movie star Paul Rudd. Rudd was keen on Sarah, but was “slightly intimidated” by Hamm.

“He seemed like he was a good-looking, athletic guy who possessed qualities I did not possess,” Rudd told Vanity Fair.

“I felt so emasculated in the game that, as a result, I started reading atlases.” 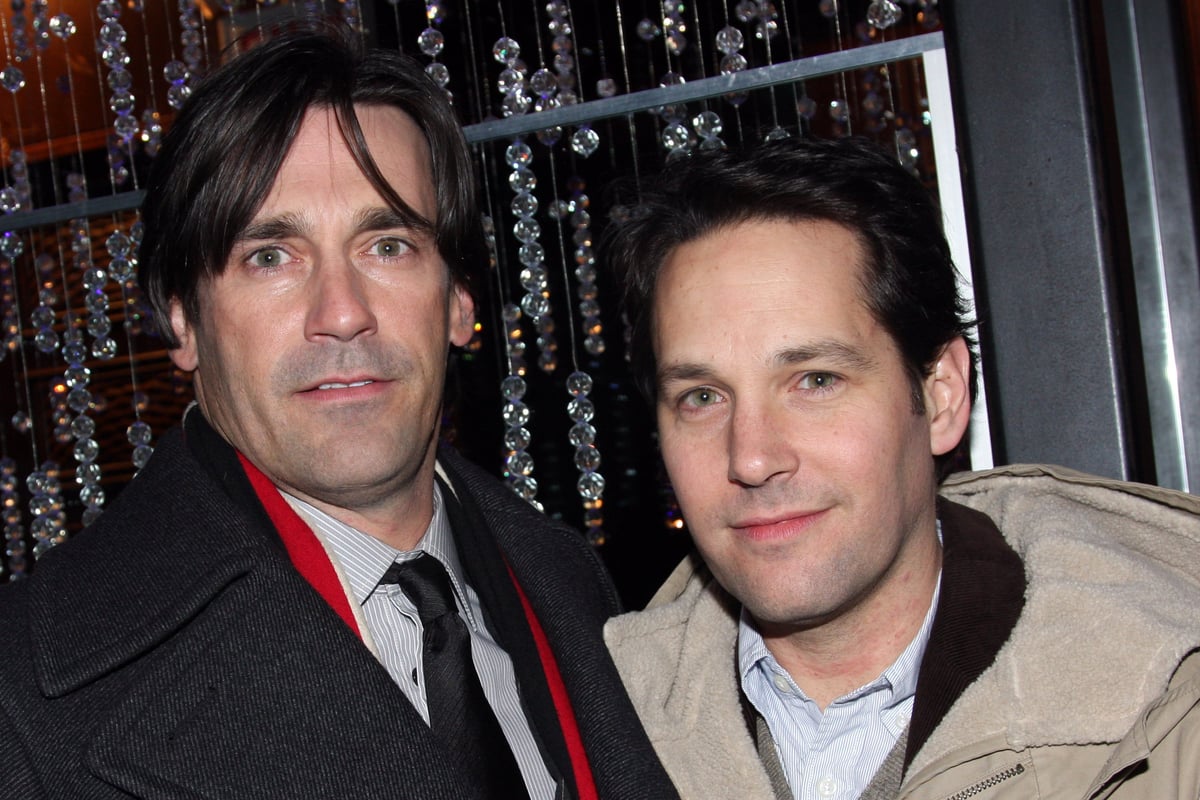 Jon Hamm and Paul Rudd, 2009. Image: Getty. But it wasn’t until Hamm was in college that he lost his virginity. He was 19.

“Let's put it this way: As much as I had practised, I was still not quite ready for game time,” he told Elle. “Maybe it's easy for some people. It certainly wasn't for me.”

Just a year later, Hamm lost his father. He had diabetes and was in poor health.

After graduating, he went back to his old high school and taught for a while. Ellie Kemper, who would go on to star in Unbreakable Kimmy Schmidt, was one of his students. But shortly after his teaching stint started, he headed for Los Angeles. 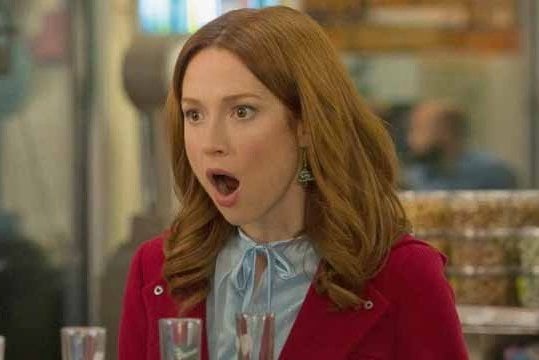 "I came in the Dawson's Creek era; it was all about tiny guys who looked like teenagers, and I haven't looked like a teenager ever," he told Elle.

As an out-of-work actor, he met up-and-coming actress Jennifer Westfeldt at a mutual friend’s party. Later, when Westfeldt was looking for someone to help her prepare for an audition, the friend suggested Hamm.

"And I said, 'You mean that arrogant guy from the party? No, thank you,’” Westfeldt told The Guardian. “But when I got there, Jon was so sweet and he worked on these lines with me. I was like, 'God, this guy is so talented... and so handsome!’”

It was 1997. They would be together for the next 18 years. Westfeldt, also a writer/director, found fame before Hamm did. She cast him in one of her early movies, Kissing Jessica Stein. 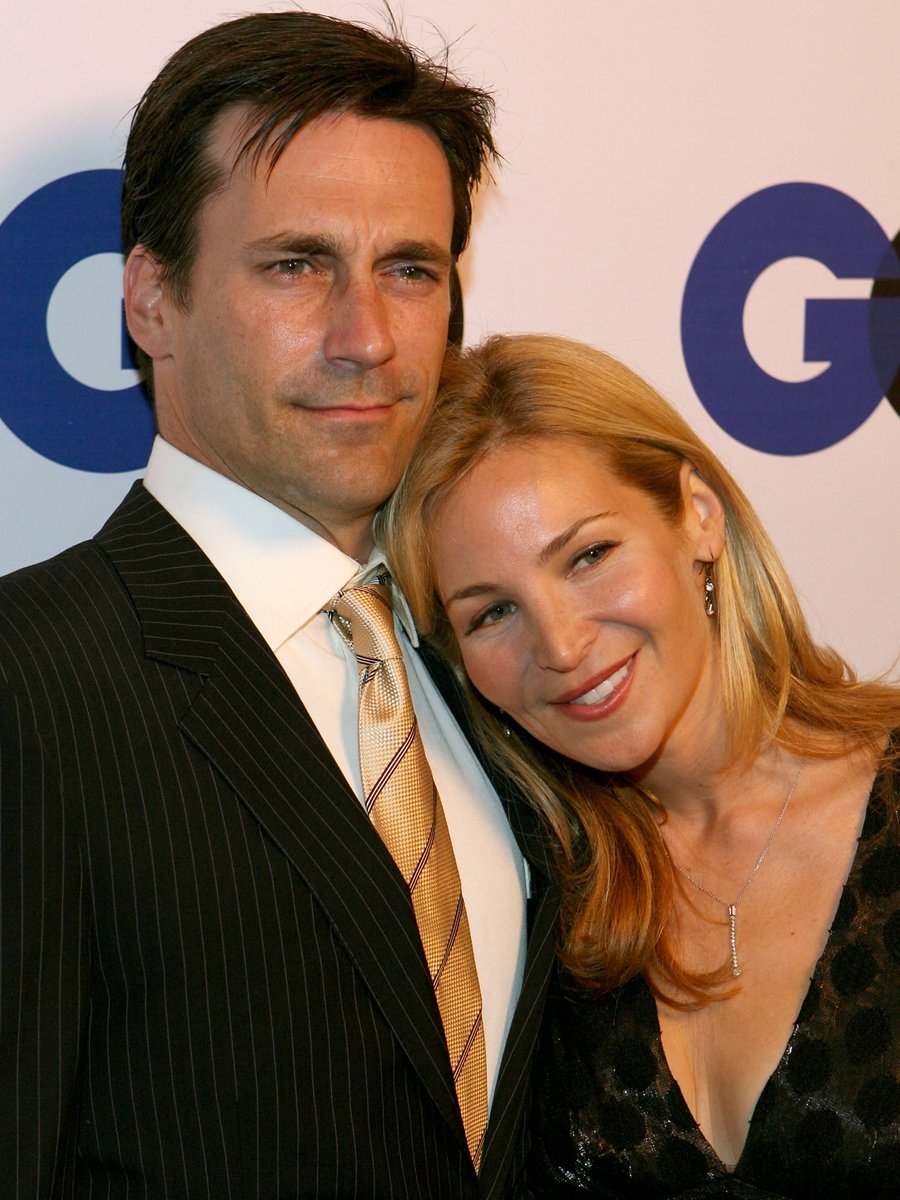 When Hamm started playing Don Draper in Mad Men, he became an instant sex symbol. Everybody wanted a piece of him.

“I can literally be walking through Central Park and every third person will be like, 'Can I have a kiss?'” he told British GQ at the time. “No! Absolutely not! And Jennifer will be right there! It doesn't make you feel good."

Hamm and Westfeldt never married, though Hamm was often asked about it.

“I don’t have the marriage chip, and neither of us have the greatest examples of marriages in our families,” he told Parade in 2010. “But Jen is the love of my life, and we’ve already been together four times longer than my parents were married.”

He wasn’t keen on having children, either.

“I like kids but I also like the option to close the door. Becoming a parent is a whole other life, and it doesn’t stop.”

Two years later, when Westfeldt was promoting her movie Friends With Kids, she said she and Hamm still didn’t have “clarity” on whether they wanted children, even though she loved the little boy who played her son in the movie.

Speaking of being childfree by choice, Mamamia's daily news podcast The Quicky discusses this exact topic in this episode. Post continues after podcast.

"But in reality our lives – Jon's and mine – are so unconventional in every way, it's very difficult,” she added.

“I think kids should have something grounded. Jon and I are both children of divorce. I'm not sure we can do it without a proper home base.”

The couple split in 2015. They put out the following statement:

“With great sadness, we have decided to separate, after 18 years of love and shared history. We will continue to be supportive of each other in every way possible moving forward.”

Two years later, Hamm got surprisingly honest with InStyle about what life was like following the breakup.

“It’s hard,” he said. “It’s hard to be single after being together for a long time. It’s really hard. It sucks.”

Hamm was rumoured to be dating Saturday Night Live producer Lindsay Shookus, but her spokesperson claimed they were just “acquaintances”. He was also spotted out with Parks And Recreation star Jenny Slate. 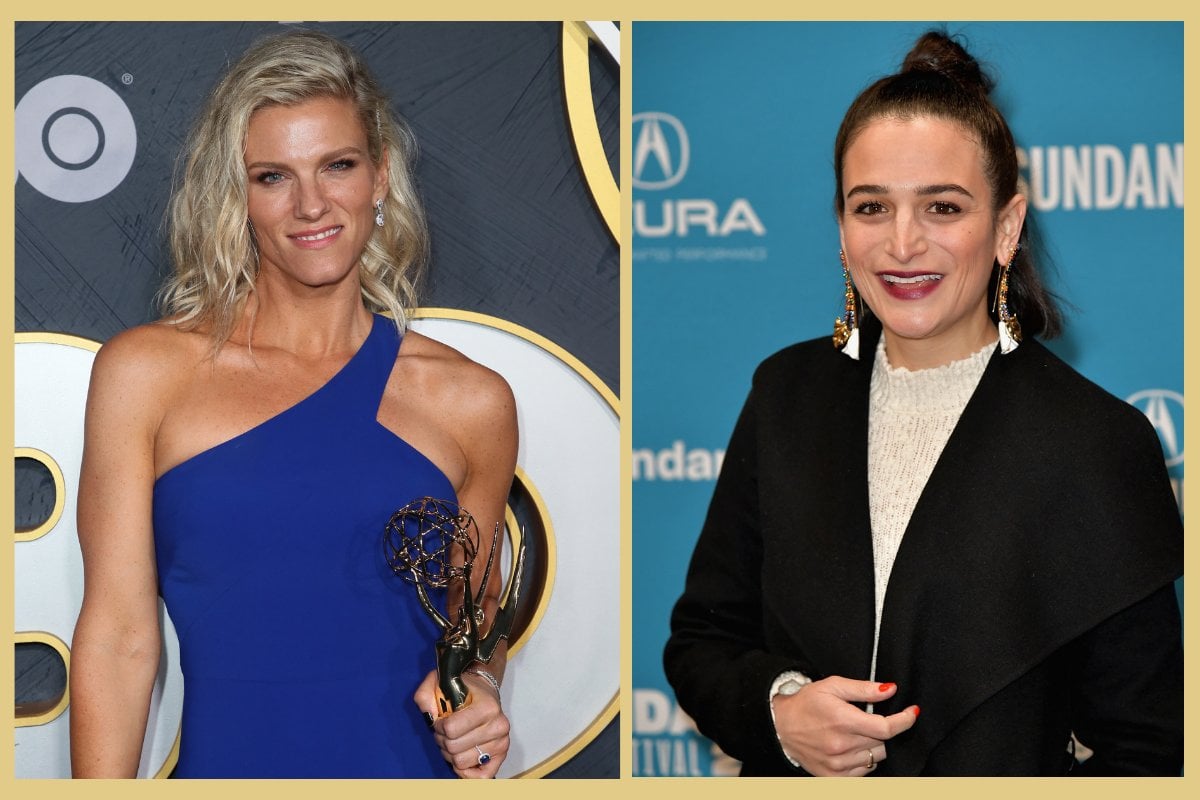 Lindsay Shookus and Jenny Slate. Image: Getty.  Rumours about Hamm dating actress Anna Osceola have been swirling since 2017, when they were seen leaving a coffee shop together. Osceola had a scene with Hamm in the Mad Men finale, where she played a receptionist, Clementine.

Since the beginning of the pandemic, Hamm and Osceola have been seen together regularly – including having fun on holidays in Italy. Neither of them have spoken about the relationship. 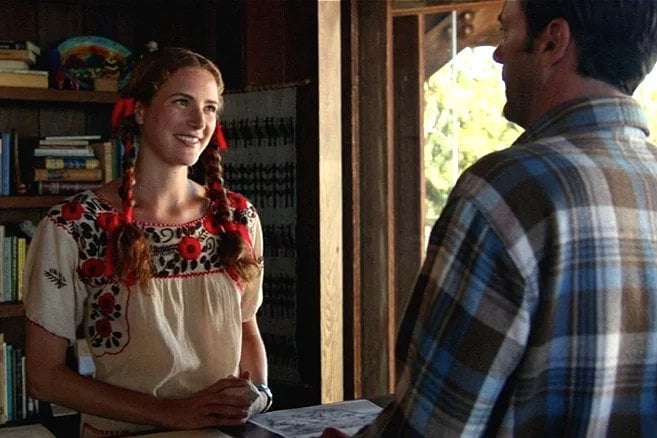 But Hamm, now 50, has spoken about his views on life.

“Losing both parents at a young age gave me a sense that you can’t really control life, so you’d better live it while it’s here,” he told Parade. “I stopped believing in a storybook existence a long time ago.”