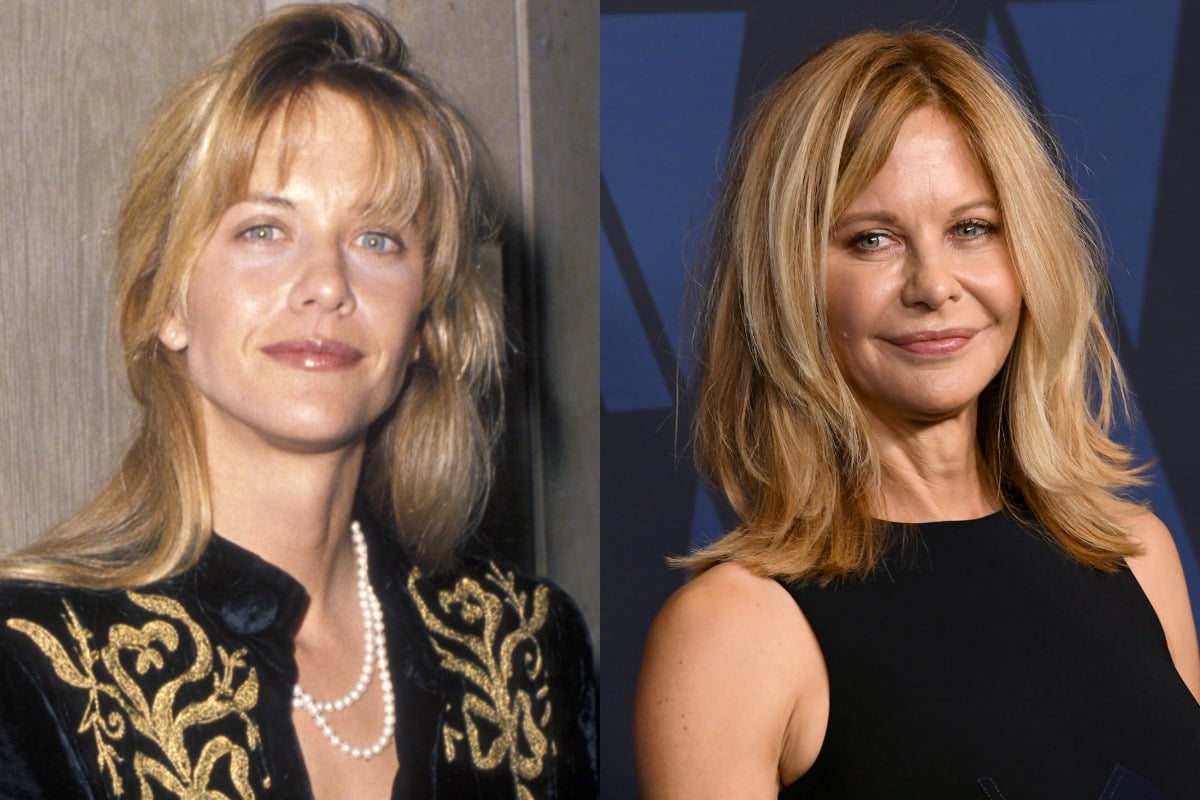 Meg Ryan never planned on being a famous movie star.

The actress, who is best known for her roles in When Harry Met Sally, You've Got Mail, and Sleepless in Seattle, was studying journalism at New York University when she stumbled into acting.

In the hopes of earning some extra cash, Ryan starred in the soap opera, As the World Turns, as well as a number of television commercials.

Watch the trailer for When Harry Met Sally below. Post continues after video.

But as the film and television roles started flowing in, the actress soon dropped out of college, choosing to pursue what had started as a mere side hustle.

In the years that followed, Meg Ryan quickly cemented herself as the romantic comedy queen.

After appearing alongside Tom Hanks in Joe Versus the Volcano, which was a commercial disappointment, Ryan starred alongside Hanks for the second time in Sleepless In Seattle.

Penned by Nora Ephron once again, the 1993 film was an astronomical success, grossing over $200 million in the United States.

Throughout the '90s and early '00s, the actress continued to star in a string of romantic comedies, including French Kiss, Addicted to Love, You've Got Mail with Tom Hanks, and Kate & Leopold with Hugh Jackman.

Outside of the romantic comedy realm, she also had roles in a number of indie films, including Flesh and Bone and Restoration. 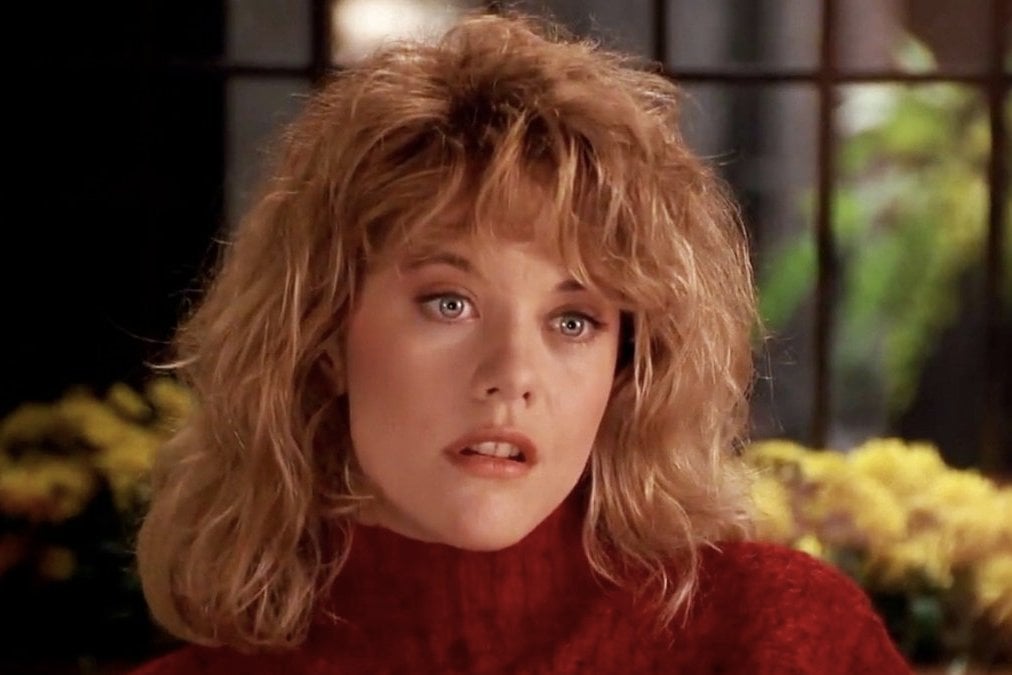 Meg Ryan in When Harry Met Sally. Image: IMDb. But after dominating the romantic comedy scene for well over a decade, Meg Ryan virtually disappeared from Hollywood, departing the acting scene almost entirely.

So what happened to Meg Ryan, and why did she turn away from Hollywood?

Despite Meg Ryan's consistent attempts to move away from the good-girl archetype in her career, it seemed impossible for her to avoid typecasting.

To the world, the actress was seen as the ultimate girl next door. She was labelled by many as "America's Sweetheart". But Ryan always had mixed feelings about the labels.

"I understood it was a compliment about being lovable," Ryan told InStyle of the public's perception of her.

"But it also felt like ideas were being projected onto me that had nothing to do with me. The girl next door to what? I never felt like a very conventional person."

That good-girl archetype was entirely blown to pieces when Meg Ryan starred alongside Mark Ruffalo in 2003's In the Cut.

The racy thriller, which featured several sex scenes, followed Ryan's character, a school teacher, who was having an affair with a police detective. 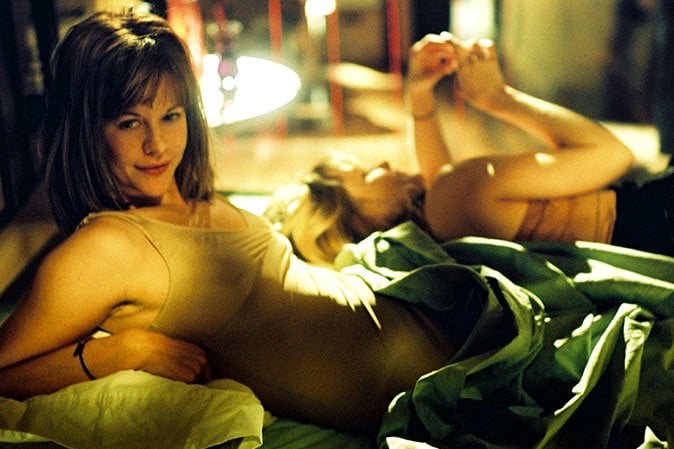 Meg Ryan in In the Cut. Image: IMDb.

At the premiere for the film, Ryan was asked how she felt about her departure from her role as "America's Sweetheart".

"So I don’t know what the typical Meg Ryan movie is."

After the film premiered, the reaction from critics was harsh with many reviewers choosing to focus solely on the nudity within the film.

In a now-infamous interview, talk show host Michael Parkinson questioned Ryan about her decision to star in In the Cut.

"How could you be naked?" he asked her.

In the interview, Ryan appeared increasingly irritated, before suggesting that the interview should be wrapped up.

"Since then, I’ve had publicists say to me, 'You should’ve prepared your audience for your doing something different.' In the Cut was a sexual thing, and sex throws people. I’d never presented myself like that before; it was so different from my assigned archetype."

To Ryan, her role in the film was a "real turning point", leading to her eventual departure from Hollywood.

"I think the feeling with Hollywood was mutual. I felt done when they felt done, probably," she added.

Prior to her role in In the Cut, Ryan's good-girl persona was challenged by the tabloids.

In 2000, the actress appeared in action thriller Proof of Life alongside Russell Crowe.

While working on the film, Ryan and Crowe allegedly engaged in an affair while Ryan was still married to actor Dennis Quaid. (Ryan and Quaid later announced their separation in June 2000, before finalising their divorce in July 2001.)

Almost overnight, the actress was branded "the Scarlet Woman". 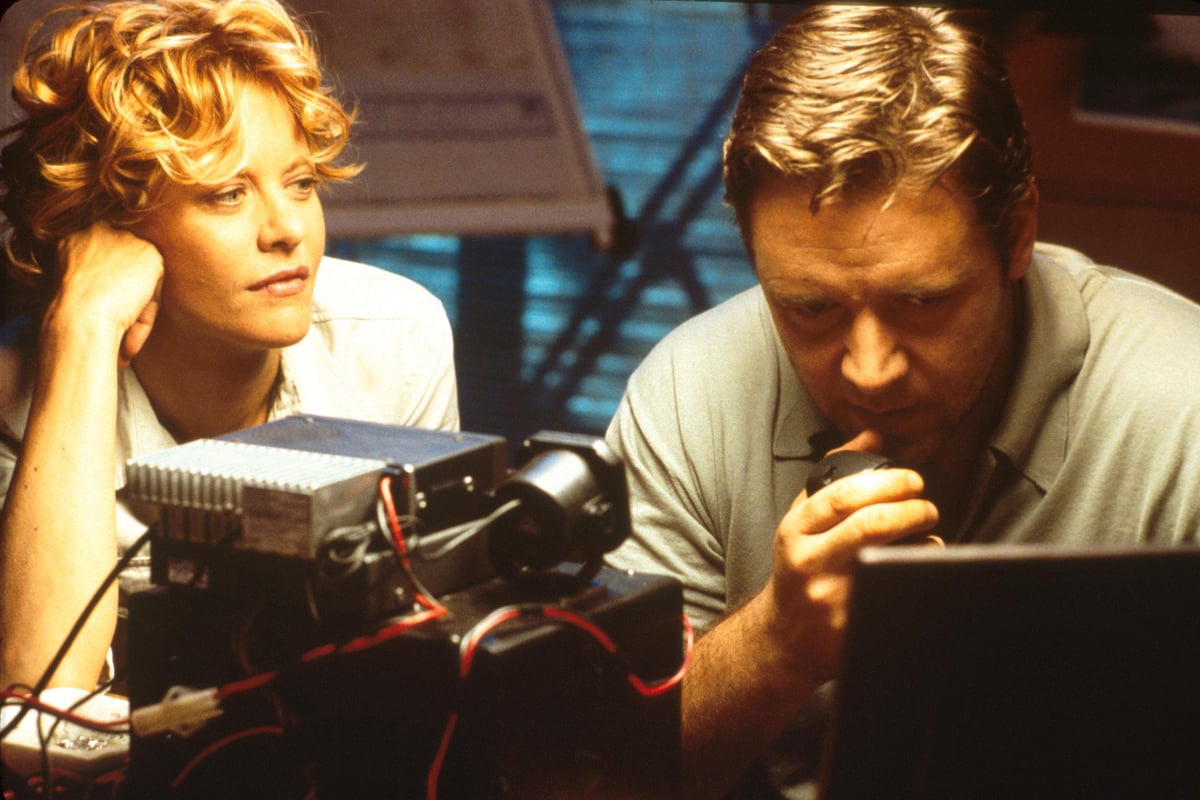 "That was another big turning point in my evolution," Ryan told The New York Times Magazine. "I’d never felt like I was all that concerned with what people thought of me, but then that story [of the affair] never got told right... It’s a real gift when you know you can’t ever really manage an image or a story and you stop caring."

Instead, as InStyle reported, Ryan's relationship with Crowe destroyed the "squeaky-clean persona she'd cultivated from a decade of rom-com success".

Reflecting on the affair, Ryan told InStyle that Crowe was unfairly treated at the time.

"I think he took a big hit," she said, "But Russell didn’t break up the marriage. He was definitely there at the end, but it wasn’t his fault. I was a mess. I hurt him, too, at the end. I couldn’t be in another long relationship, it wasn’t the time for that. So I got out."

She also admitted that Quaid wasn't faithful throughout their marriage either.

"It was a great story, but what wasn't in the story was the reality of my marriage," she told InStyle.

"Dennis was not faithful to me for a long time, and that was very painful. I found out more about that once I was divorced." 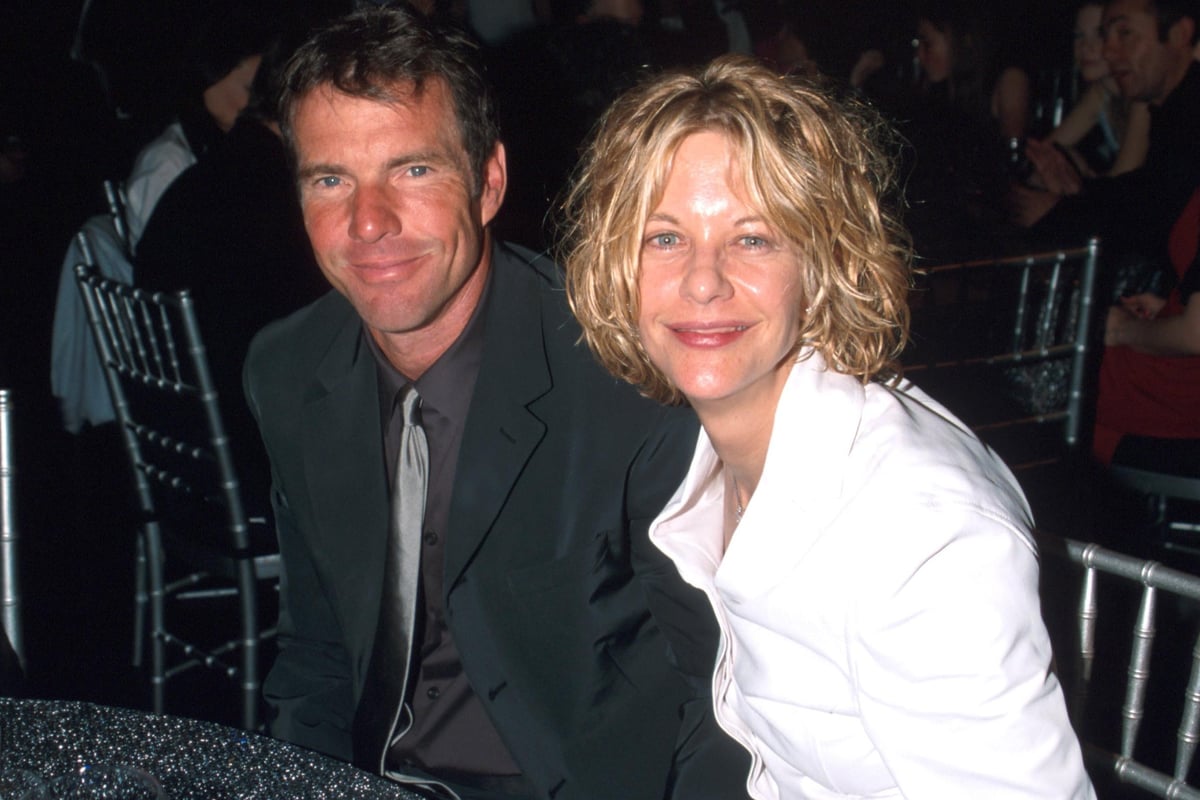 After In the Cut and Against the Ropes failed at the box office and her personal life dominated the tabloids, Meg Ryan grew burned out by being an actress.

"I was burned out. I didn’t feel like I knew enough anymore about myself or the world to reflect it as an actor. I felt isolated," she told The New York Times Magazine.

The actress also shared that she found fame exhausting.

"I felt like I was behind a window looking at my life," she added.

"I remember thinking, I want to have my own thoughts. Also, it was hard to walk around anywhere. It was never about people being mean; it’s that I couldn’t move. I would sort of duck and cover, and that wasn’t what I wanted."

Speaking to Vanity Fair, Ryan shared that she doesn't believe she would be an actress if she was starting out her career in 2020.

"If I started my career today, I wouldn't have a chance," she admitted.

"Social media has changed things. It's so vast and big. I couldn't handle the constant attention and judging."

Although Meg Ryan is rarely on our screens anymore, the actress is working behind the camera.

In 2015, the now 58-year-old made her directional debut with the film Ithaca.

Besides directing the film, Ryan also had a role in the film alongside Tom Hanks and her son, Jack Quaid.

"Once you do it, you get the bug... I like the behind-the-scenes thing. I really do," she shared.

"Acting for a while was really fun, and it still is—but directing is something even more."

Reply
Upvote
1 upvotes
Just another typical example of Hollywood double standards. If a man was doing different roles he'd be a genius, but a woman doing it, no way.
S
simple simon 2 months ago