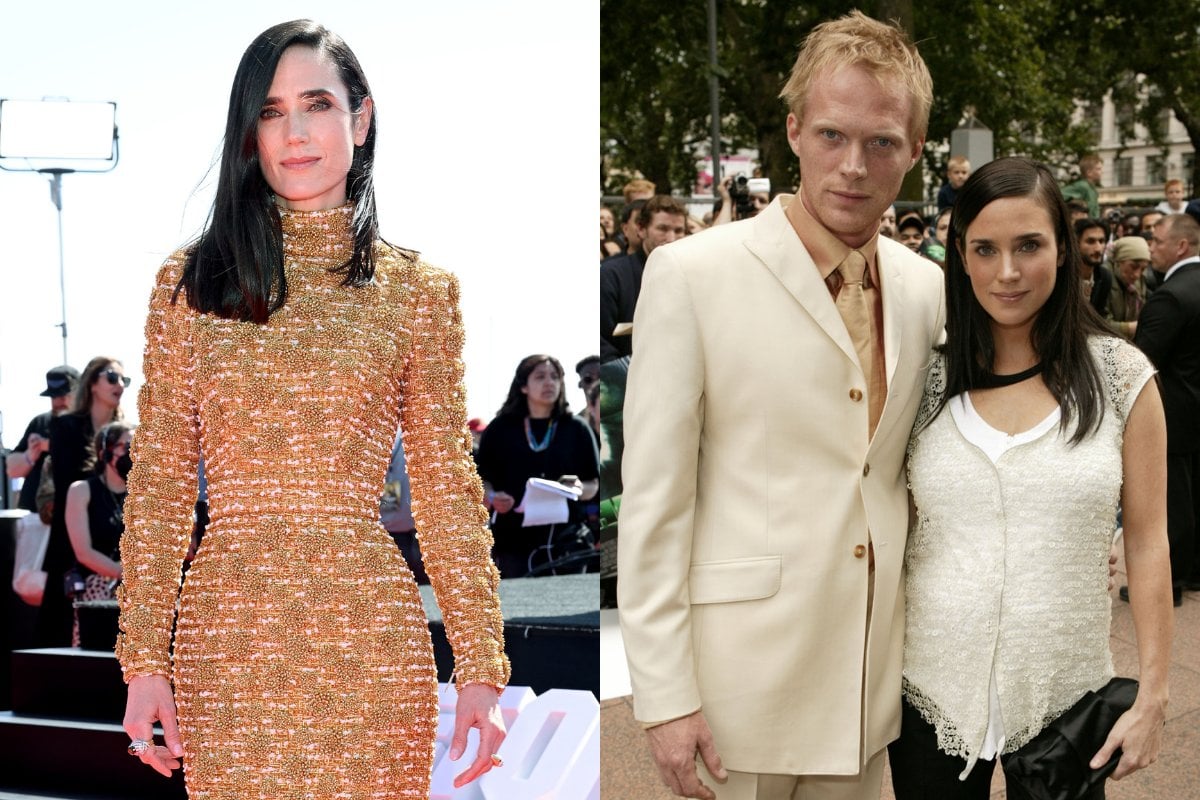 Then 9/11 happened. A few days later, she received a phone call from a man she barely knew.

That man was her former co-star Paul Bettany and during that phone call, he proposed. Within a year, they were married.

Born in 1970 in the Catskill Mountains, New York, Connelly, now 51, was an only child to an antiques dealer mother and clothing manufacturer father. She had a love for the arts from an early age.

She began her career at 10, after a friend of her father's suggested she go into modelling and she appeared in print advertisements and television commercials.

And by 11, she landed her first minor role; appearing in Sergio Leone's gangster epic Once Upon a Time in America.

As a teen, Connelly had leading roles in several minor films, including Jim Henson’s children’s film Labyrinth, alongside David Bowie.

"I was a kid when I started at 11 and, for me, it was a matter of turning up on time, knowing my lines and doing what the director told me. I wanted everything to be nice and to keep everyone happy," the Top Gun: Maverick actress told the Evening Standard in 2005. 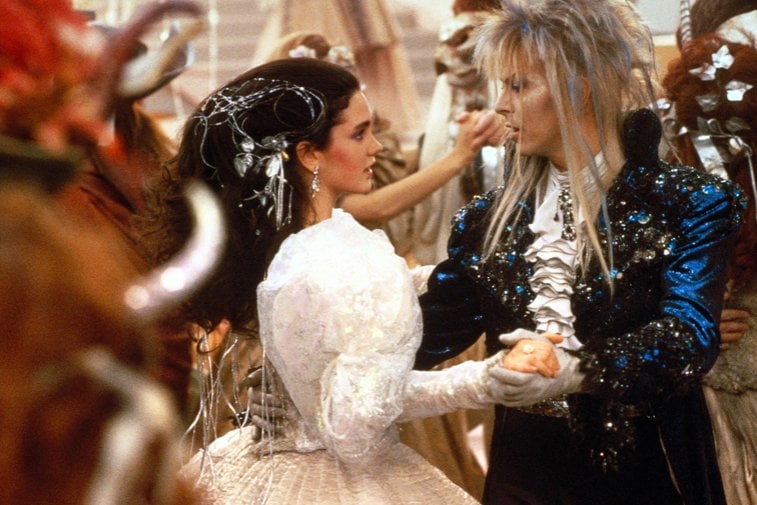 The actress admits she put her head down during those years.

"I wasn't really concerned with having a social life or sleeping or eating much," Connelly told The Telegraph.

"I was really nerdy and pretty much stayed in the law-school library, which is open 24 hours; most of the time I wasn't in class."

After university, Connelly appeared in the big budget 1991 Disney adventure film The Rocketeer; a film which was supposed to make her a star, but didn't.

Instead, while filming, the then-20-year-old fell in love with and got engaged to her 31-year-old co-star, Billy Campbell.

After a five-year engagement, the couple announced their split.

Shortly after, Connelly started dating photographer David Dugan, and in 1997, when Connelly was 26, she gave birth to their son Kai. The couple split not long after.

In 2001, Connelly took her biggest on-screen risk, with the part of a drug-addict prostitute in Darren Aronofsky's film Requiem For A Dream. It paid off. 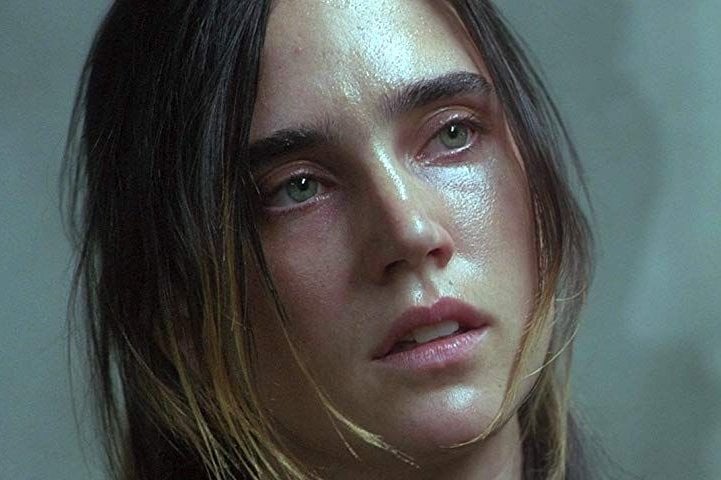 Jennifer Connelly in Requiem For A Dream. Image: Lionsgate.

She began landing bigger films, including the blockbuster Hulk and psychological drama House of Sand And Frog. But it was A Beautiful Mind, playing Russell Crowe's wife, that changed her life forever.

Not only did Connelly win Best Supporting Actress at the 2002 Academy Awards for her role as Alicia Nash, but she also met her co-star and now-husband Paul Bettany. She was his childhood crush; the actor told Larry King in 2015.

However, neither of them were single.

"Both Paul and I were in other relationships, so [we] did not get together during filming," she told the Evening Standard.

"We've both had enough on-set relationships to know that they don't work and you need to walk away from them. But we began talking on the phone after we went our separate ways, in a slightly guarded way.

"I felt that there was something interesting going on and it could perhaps lead to something else."

After wrapping up the film, Bettany and Connelly headed their separate ways - her to New York, him to Tuscany. It was the 9/11 attacks that brought them back together.

"I was in Tuscany, shopping for groceries, and I saw this crowd outside a cafe, and I thought this must be a football match. I pushed myself to the front just in time to see the second plane hit the second tower, and like so many people’s lives in that moment, mine was changed forever," Bettany told Larry King.

"I spent two days trying to call this woman that I sort of barely knew. I remember very clearly thinking to myself, 'What are you doing?' I realised I was in love. So I finally got her on the phone and said 'I'm coming over, and let's get married'.

"And that's really what happened. We had never dated."

The couple wed in a small ceremony in Scotland on New Year’s Day in 2003, barely four months after getting together. 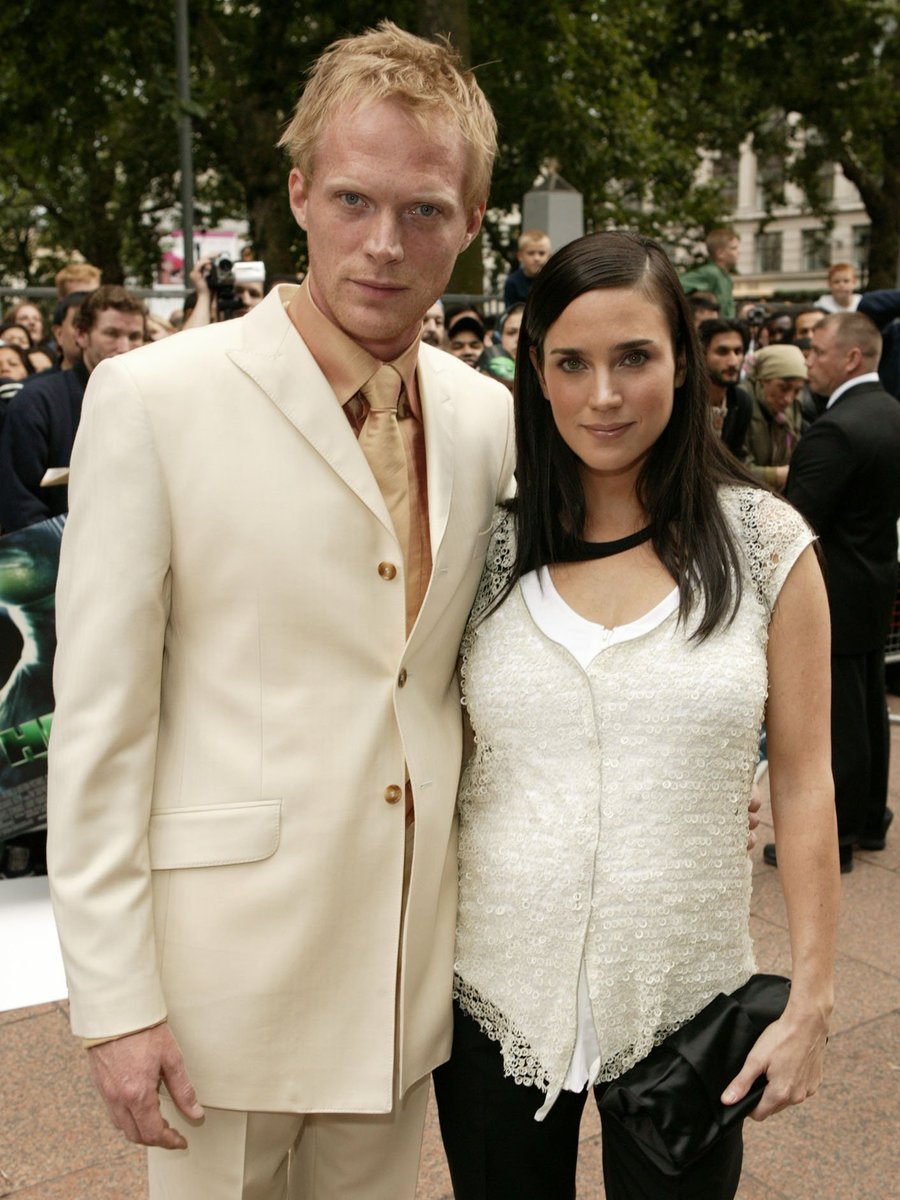 In August 2003, they welcomed their first child together: a boy named Stellan.

"After all my caution about marriage, I was proposed to, married and had a child in the space of a year," she told the Evening Standard.

"I had never been happier in my personal life and I felt things had finally clicked.'"

In an interview that same year, the actress told Vogue she naturally gravitates towards more serious roles.

"I don't often play characters who are the happy-go-lucky girl next door. For the most part I have made dramas with women who are, you know, grieving," she told the publication.

"I think that has shaped people's perception of me. But I don't think that's necessarily a reflection of how I live my life. I don't think I'm a particularly sad person. I don't feel bereft or depressed. I don't think of myself as chilly. These are just parts that I find interesting."

Over the next few years, Connelly appeared in various films; there was Blood Diamond, Reservation Road and Creation, where she played the wife of Charles Darwin (played by her real-life husband, Paul Bettany). 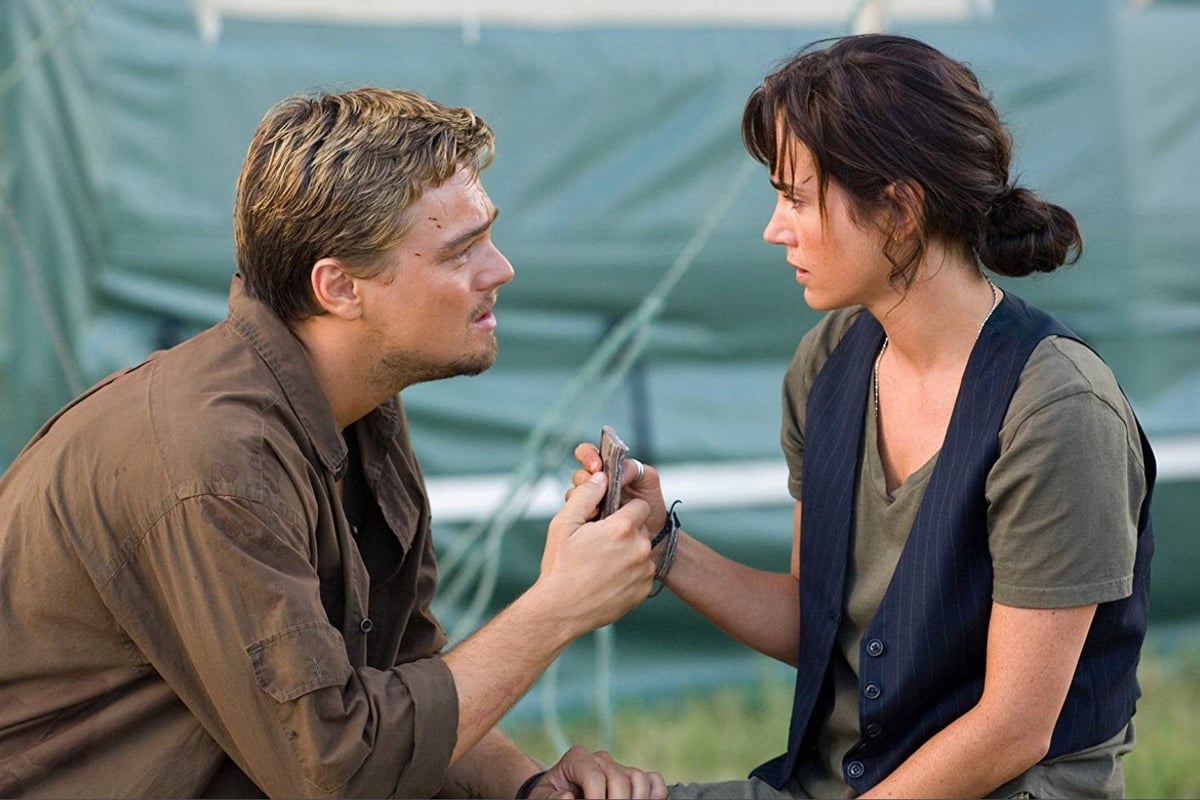 "Africa made me feel like I really don’t do enough. We tried to do what we could when we were there [filming for Blood Diamond]," she told The Independent in 2007.

"I called Amnesty when I got home and asked them to put me to work whenever they can. But you do leave there thinking, 'Gosh, I wish there was more I could do'. And I’m sure there is."

In the 2010s, Connelly took on supporting roles in Aronofsky's epic film Noah and in the action film Alita: Battle Angel.

In 2011, she and Bettany welcomed their daughter, Anges, and in 2012, she was named the first global face of the beauty brand Shiseido.

Connelly has also been the face of Balenciaga and Louis Vuitton. 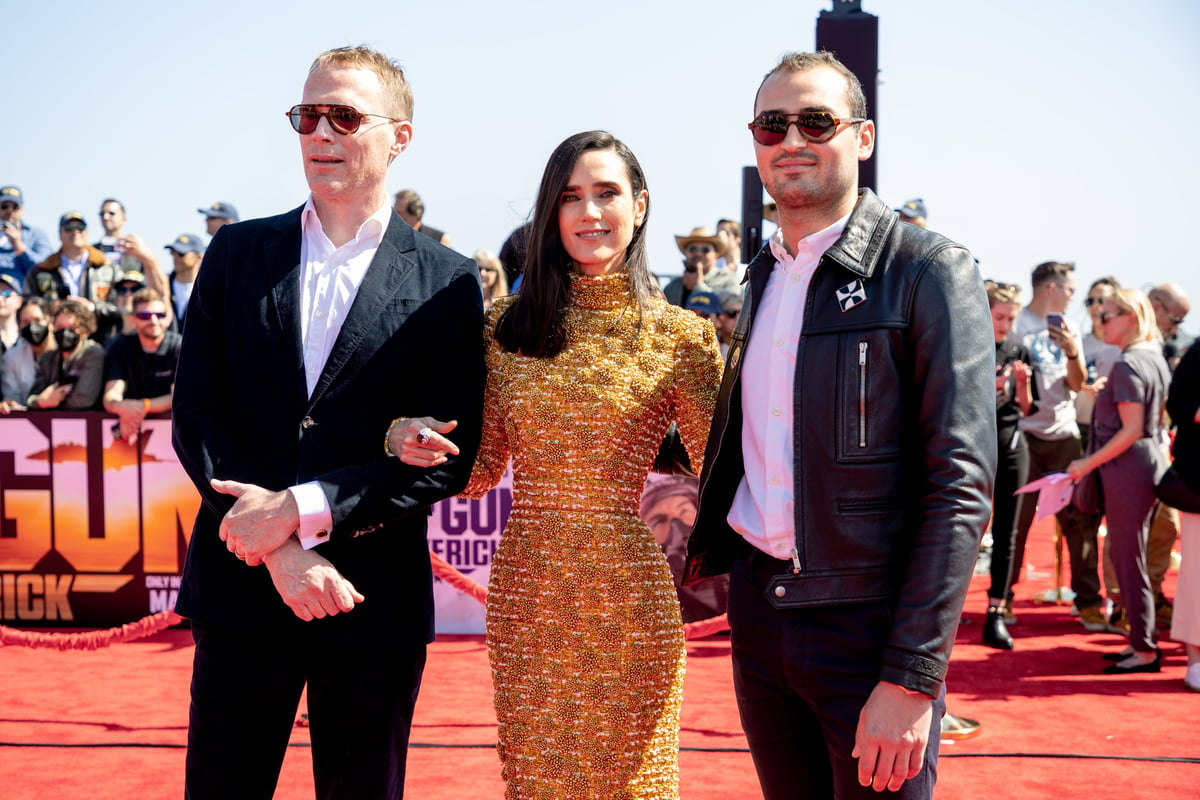 As of 2020, she stars in the dystopian television series Snowpiercer, based on the 2013 film of the same name.

In April 2022, Connelly's husband made headlines when Johnny Depp discussed their friendship during his defamation trial against his ex-wife, Amber Heard.

This is the second time the actor has come up during the trial and during Depp’s previous libel case against The Sun in 2020.

Text messages between the two were used as evidence in both trials - in them, the pair joked about burning and drowning Heard.

Bettany addressed the messages during an interview with The Independent in December 2021, saying it was "embarrassing" to have the messages made public.

"We live in a world without context," he told The Times in February.

"I didn’t know Johnny when he was married to Amber. I knew him before. But we hadn’t spoken for years. During the marriage, I didn’t know them. So I wasn’t around for any of that."

Connelly has not commented on their friendship.

Ahead of the Top Gun: Maverick premiere, Connelly joined Instagram for the first time. And outside of work, she lives a pretty low-key life with Bettany and their three children in New York.

"I've chosen not to live in Hollywood, and instead I live in Brooklyn, New York. It's how I like to live," she told The Independent.

"I'd rather hang out with my kids and family when I'm not working. Going to premieres is not my idea of a fun night out."