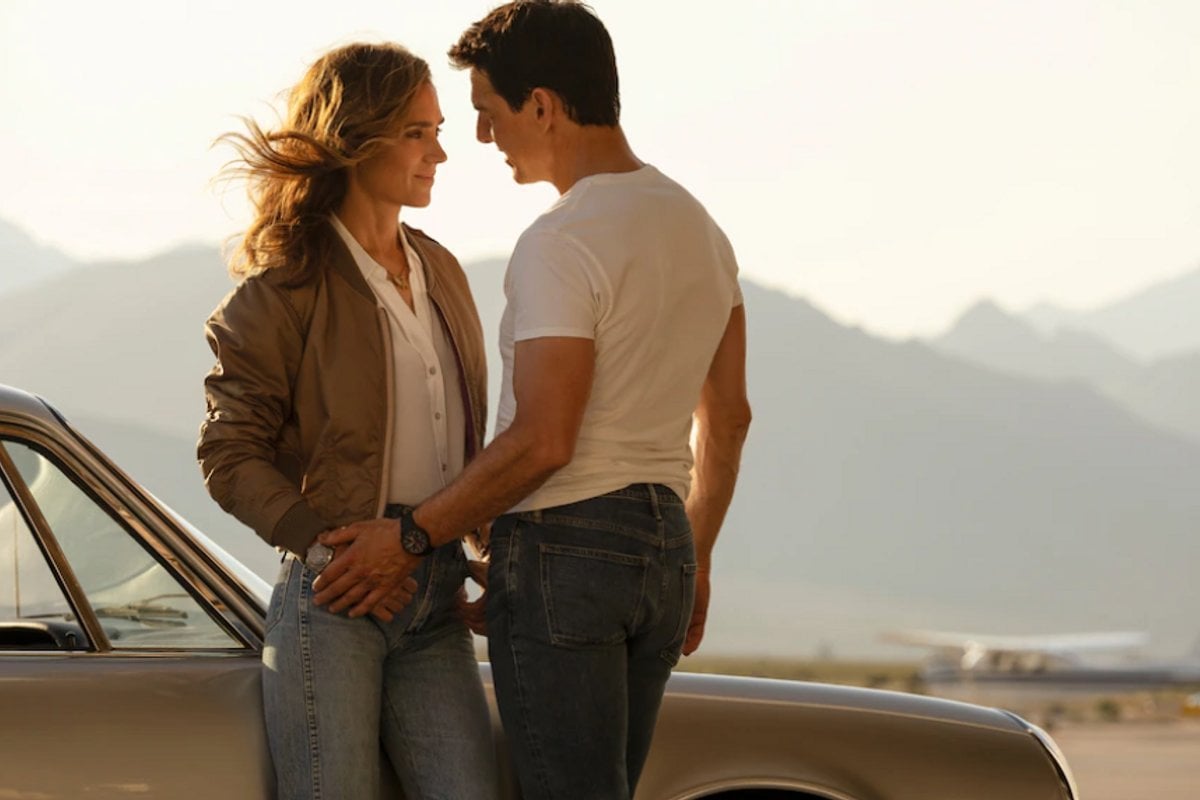 About 20 minutes into Top Gun: Maverick, the long-awaited sequel to 1986's Top Gun, I shed a few tears.

Now, I'm a crier at the best of times. Just thinking about Tom Hanks in Philadelphia makes me cry. And I can't even bring myself to re-watch Beaches.

SHE WAS THE WIND BENEATH HER WINGS!

However, I definitely didn't expect to have an emotional response to the sequel of an action movie I hadn't watched in years.

But then that scene happened.

Let me paint a picture for you.

It's 2022, and Tom Cruise's character Pete 'Maverick' Mitchell has been called back to the Top Gun academy to train the country's best fighter pilot graduates for a special mission.

He's at a local dive bar where he's just been reunited with his long-term on again/off again love interest Penny Benjamin (played by Jennifer Connelly), a character who was only briefly mentioned in the first movie but somehow manages to feel incredibly nostalgic.

It soon becomes clear that Maverick and Rooster have had a falling out.

After Maverick is kicked out of the bar for not being able to pay his bill, he looks through the window to see Rooster playing the piano and singing 'Great Balls of Fire' with the rest of the graduates. 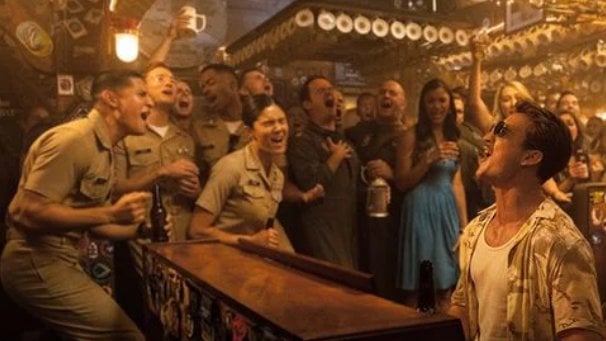 From this moment on, I was incredibly invested in Maverick's journey and how he was going to repair the rift between himself and this bird-based offspring, who I hadn't thought about in over 30 years.

And also whether he was going to end up with Penny Benjamin, whoever the heck she was.

And also how they were going to sneak into a country that looked a lot like Russia to pull off this special mission.

And I haven't even mentioned the Val Kilmer cameo.

What Top Gun: Maverick does so well is combine nostalgia with non-stop action and just a sprinkling of humour.

The script is so tightly woven; you don't have time to stop and think about who Penny Benjamin is and whether you're supposed to know her.

You just want her to ride off into the sunset on the back of Maverick's bike after he has saved the day. 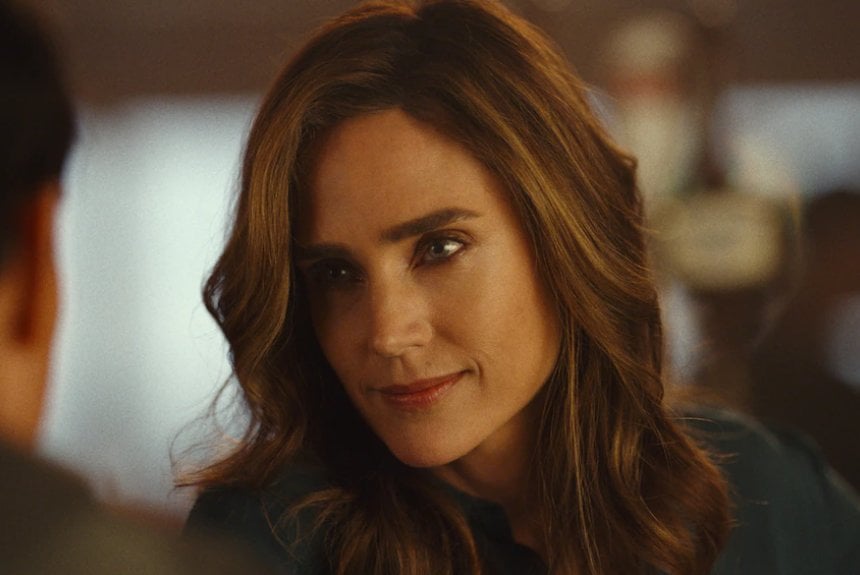 And you certainly don't have time to wonder what the actual point of the 'special mission' is and what the heck Maverick has been doing for the past 36 years. Like mate, where's your character arc?

Top Gun: Maverick doesn't feel like a movie set in 2022. From the opening scene, it feels like you're back in the 1980s/90s where the power ballads were a plenty and the US were the underdogs, constantly saving the rest of the world from invisible threats.

It's a movie you can get incredibly invested in over its two-hour and 17-minute running time, whether you're the world's biggest Top Gun fan or someone who just glanced at the movie poster once.

The nostalgia factor alone makes this movie worth the watch. It's cheesy, action-packed, and it will remind you of your first visits to your local multiplex.

Top Gun: Maverick is a wild ride that will restore your faith in movie sequels.

Top Gun: Maverick is in cinemas across Australia now.