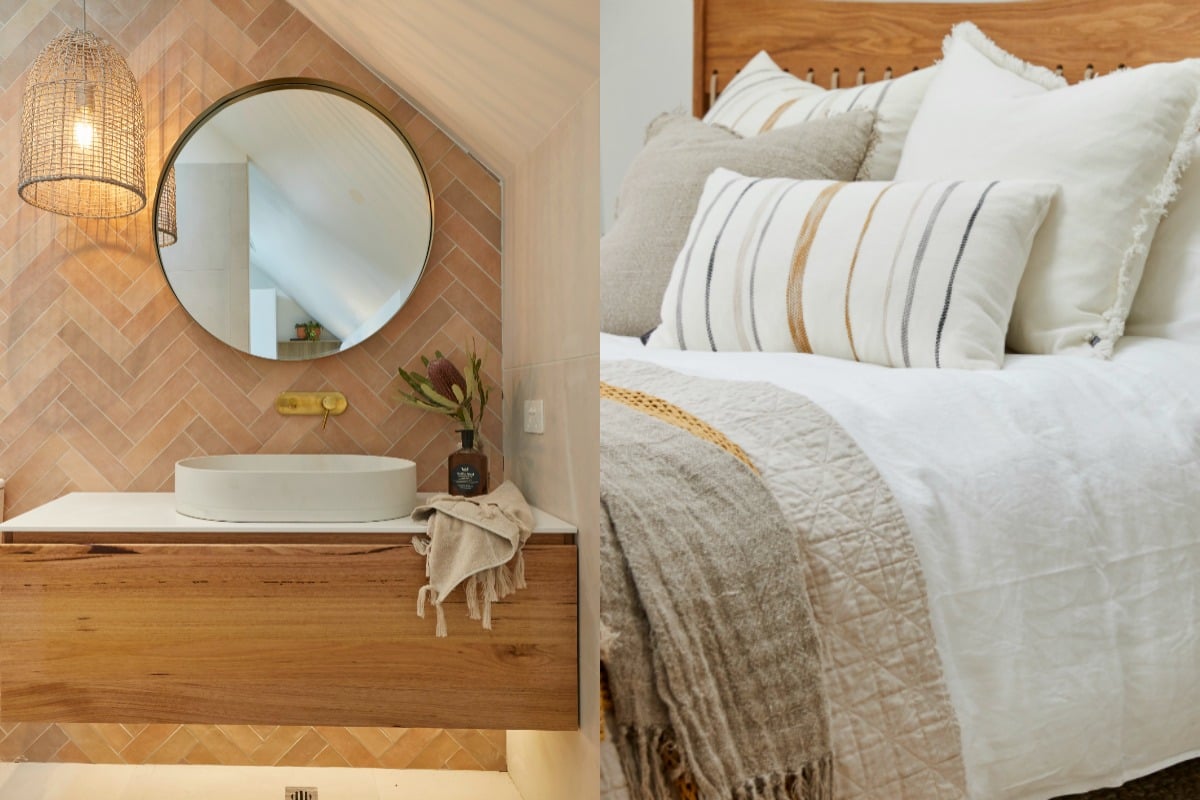 It's been an incredibly challenging week on The Block.

This week, the couples worked on their final indoor spaces – their backyard studio and garage.

But with tradesmen spread thin across multiple houses, Harry and Tash, Luke and Jasmin, and Daniel and Jade all failed to deliver finished spaces this week.

During the week, Jimmy and Tam also clashed with the other contestants following claims that they have the "easiest house" on The Block.

After winning the initial house decider challenge, Jimmy and Tam were granted the chance to choose their house first.

When they selected their house, the walls in it were pre-made, making the renovation process a lot easier.

As we head into the final weeks of The Block, here are all the photos from studio and garage reveal:

This week, the pair struggled with their minimal budget. As a result, they weren't able to deliver entirely finished spaces.

Upon entering the garage, the judges were impressed by the Tesla power wall electric charger.

But besides that, there wasn't much else to see in the garage space.

As for the studio, the judges were disappointed to see that the plastering obviously wasn't finished in the stairwell.

"To see that we have raw gyprock and lots of dirt and mess, it just shows you how hard they pushed to try to get to the finish line."

Upon entering the upstairs space, the judges were impressed by how good the studio looked for what was such a tough week.

But despite that, Darren was quick to point out that the kitchen felt too big for a studio.

"That bench would be better served as a working space," he said.

The judges also felt that the lighting was an issue in the studio as there were no lights over the kitchen.

As for the bathroom, the judges were disappointed with the layout as well as the unfinished details in the space.

"That's what you call unfinished business, isn't it," Neale said. 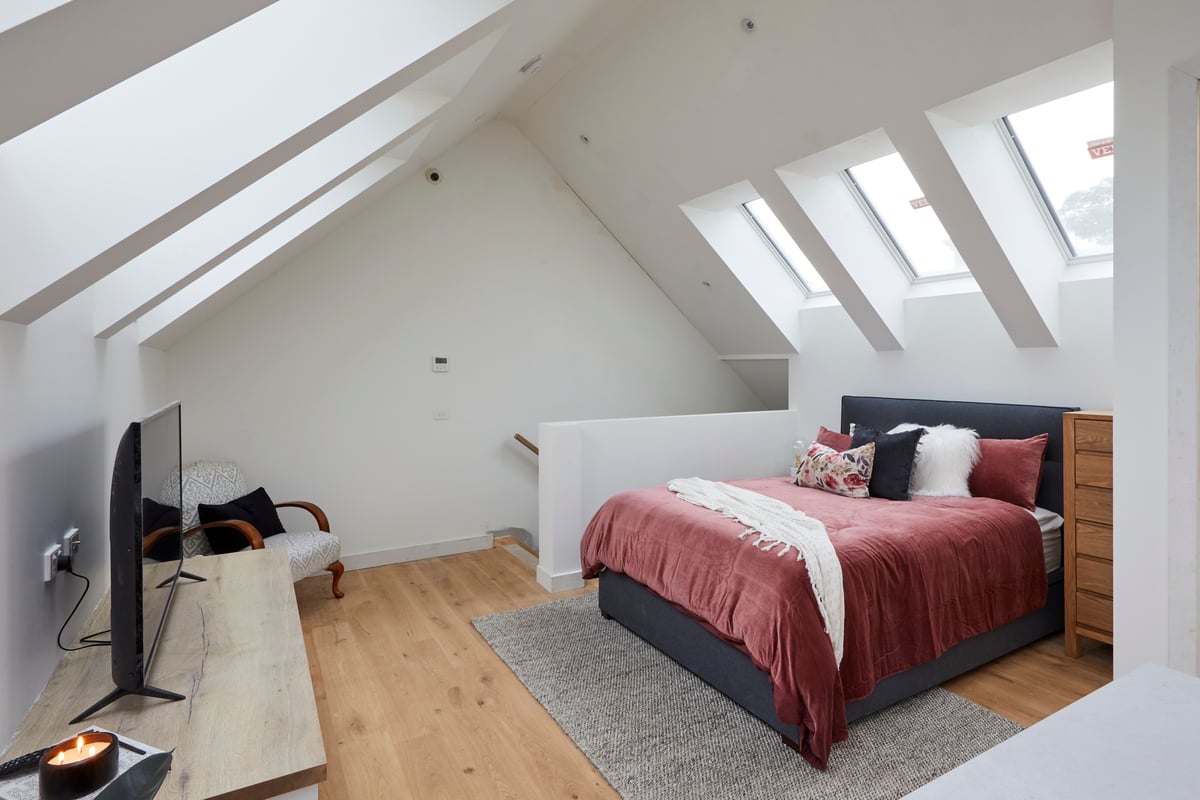 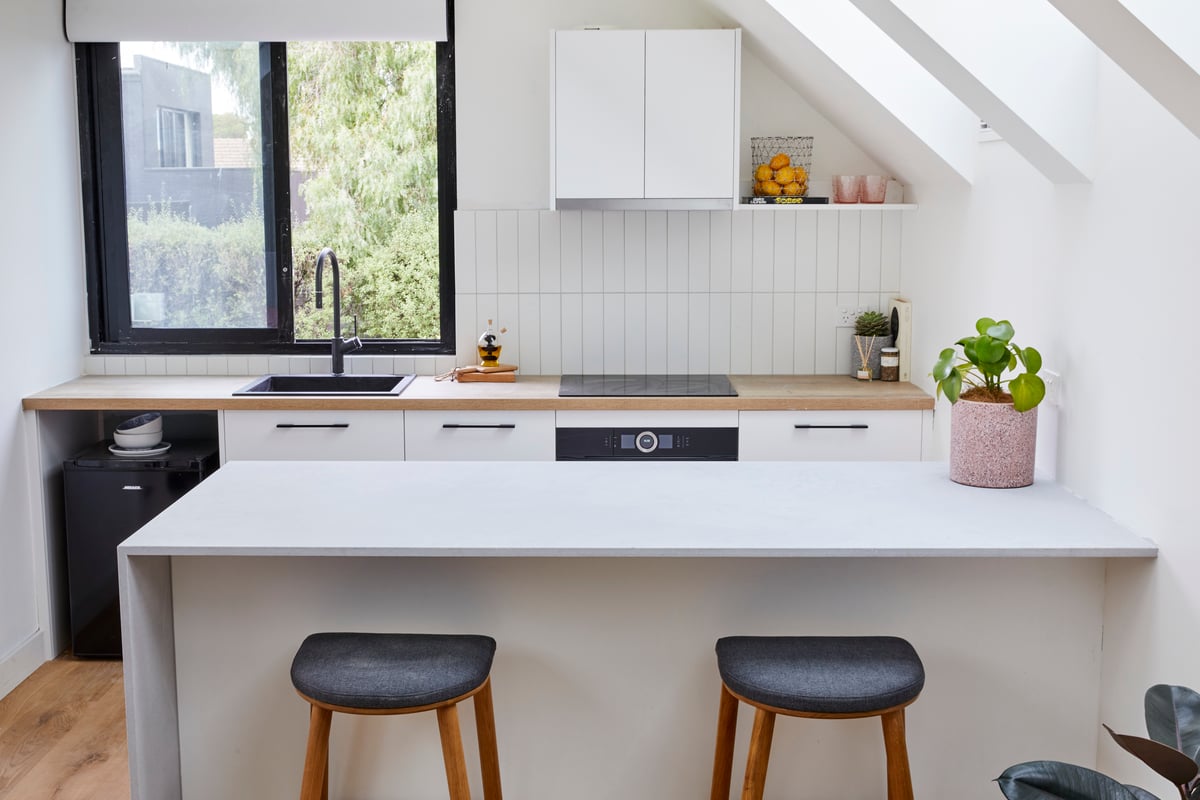 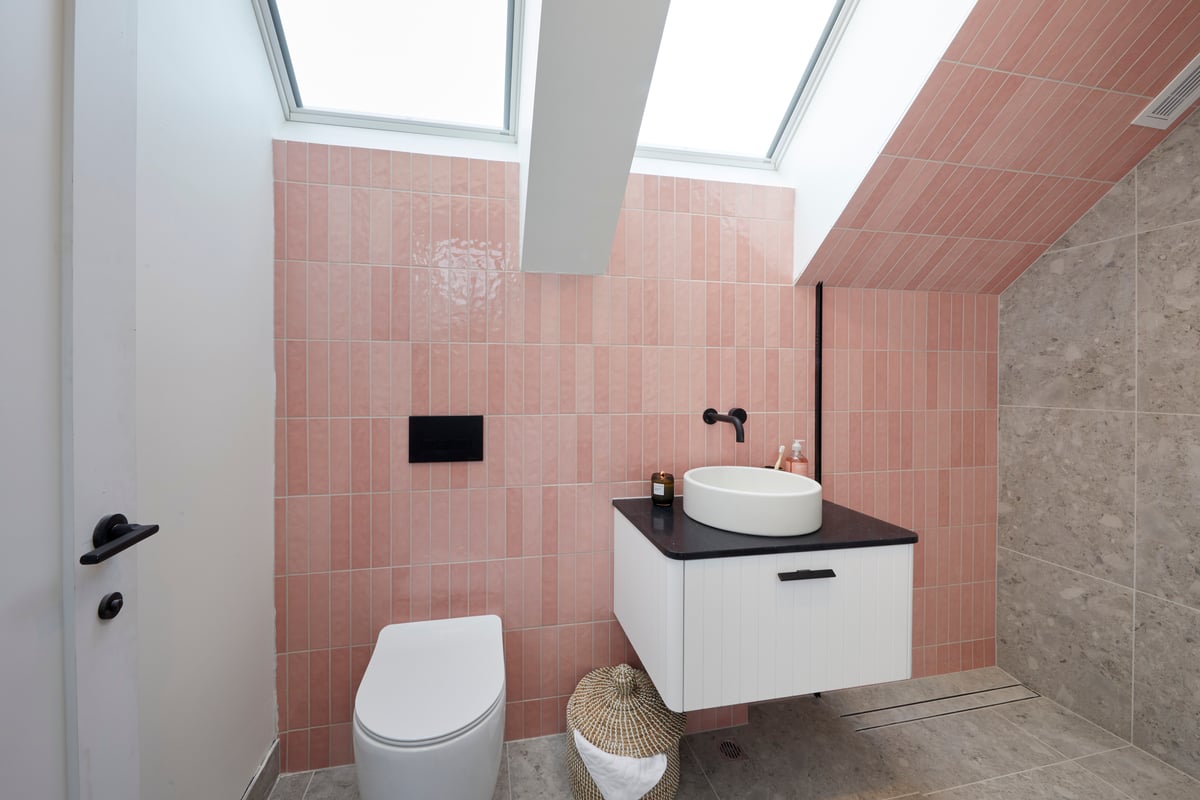 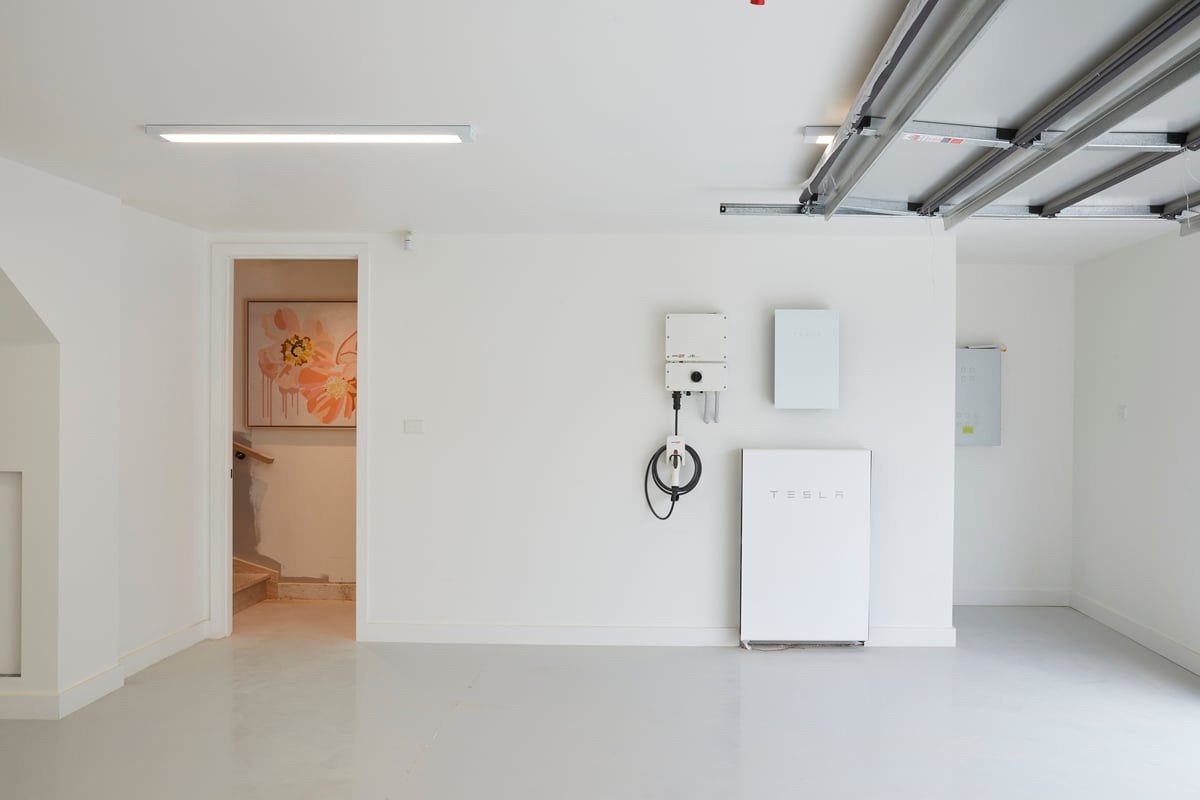 Sydneysiders Sarah and George were up next.

Upon entering the garage, the judges were impressed with the additional storage space, which was a huge step up from Harry and Tash's garage.

Heading upstairs to the studio, the judges loved the hidden laundry in the cupboard.

They also loved the inclusion of a study space, the LED lighting in the kitchen, and the overall colour palette.

"They've ticked all the boxes in terms of how an owner can interact with this space," Darren said.

"This is beautifully delivered on so many levels. It's real estate gold," Neale added. "It's such a massive value add to these properties."

As for the bathroom, the judges were particularly impressed with the terrazzo tiling and skylight. 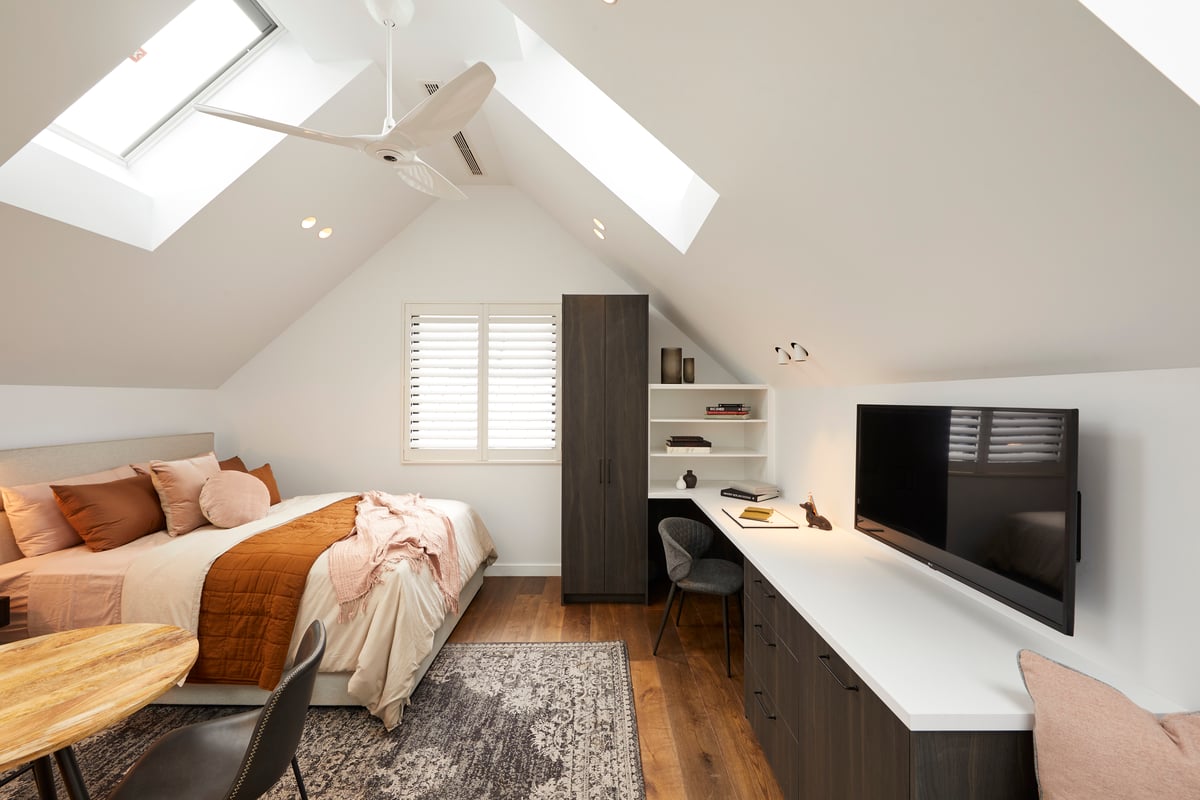 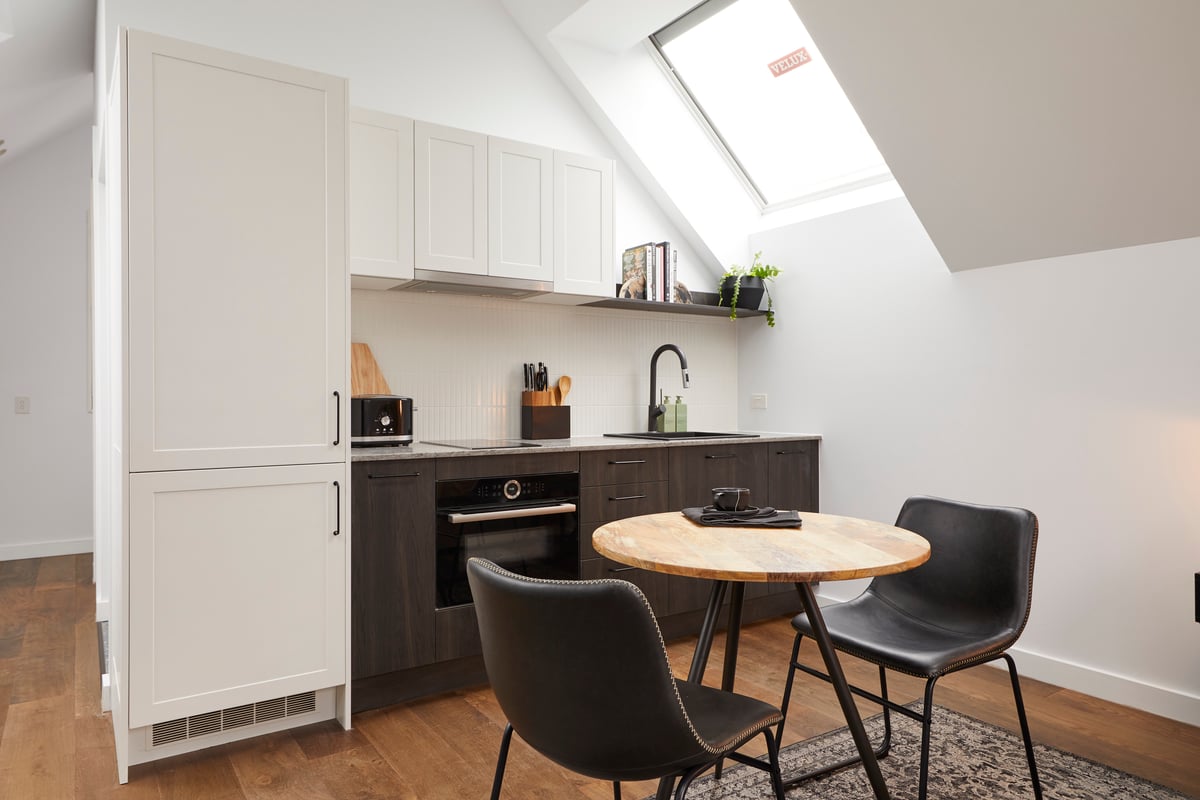 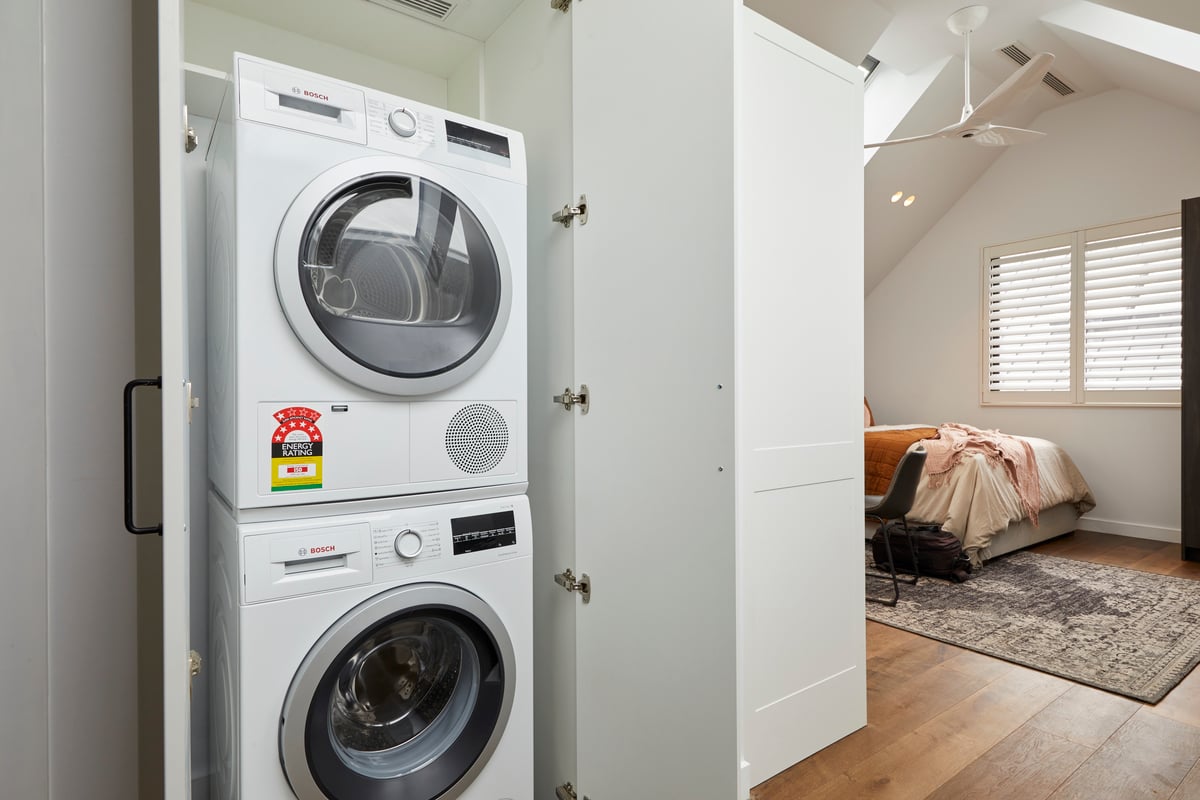 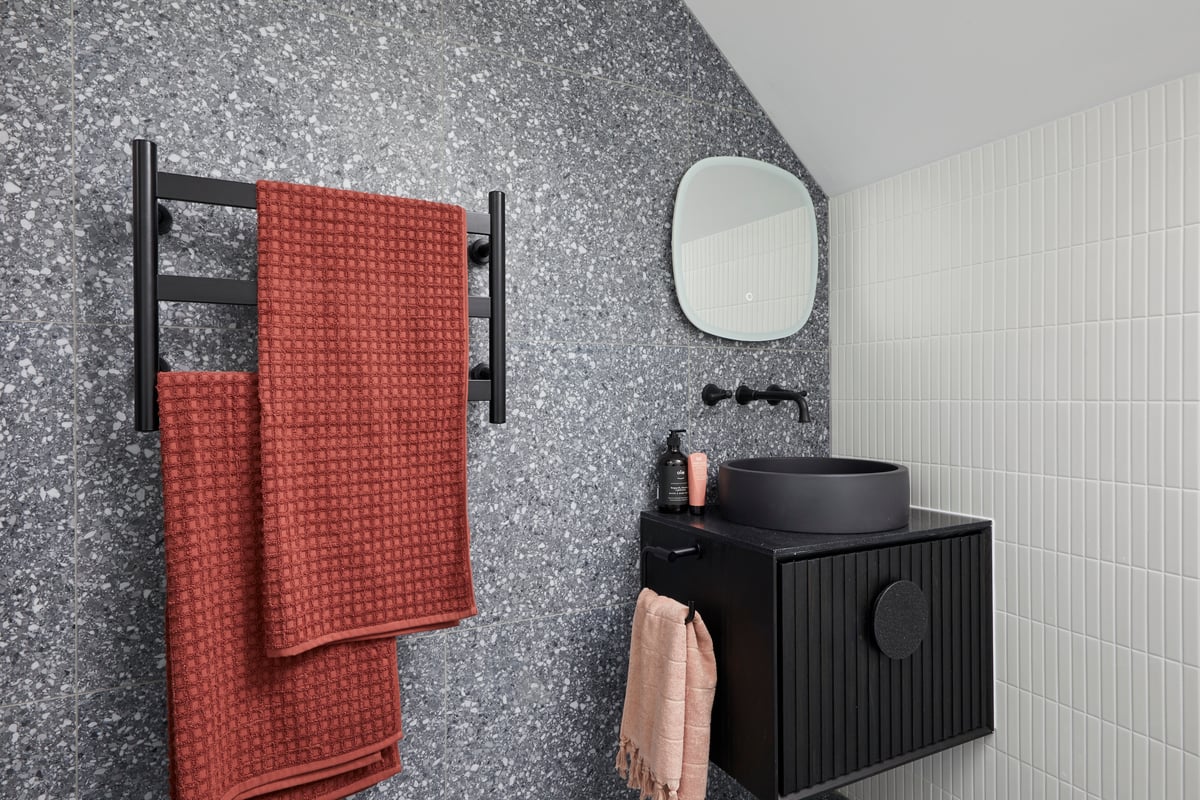 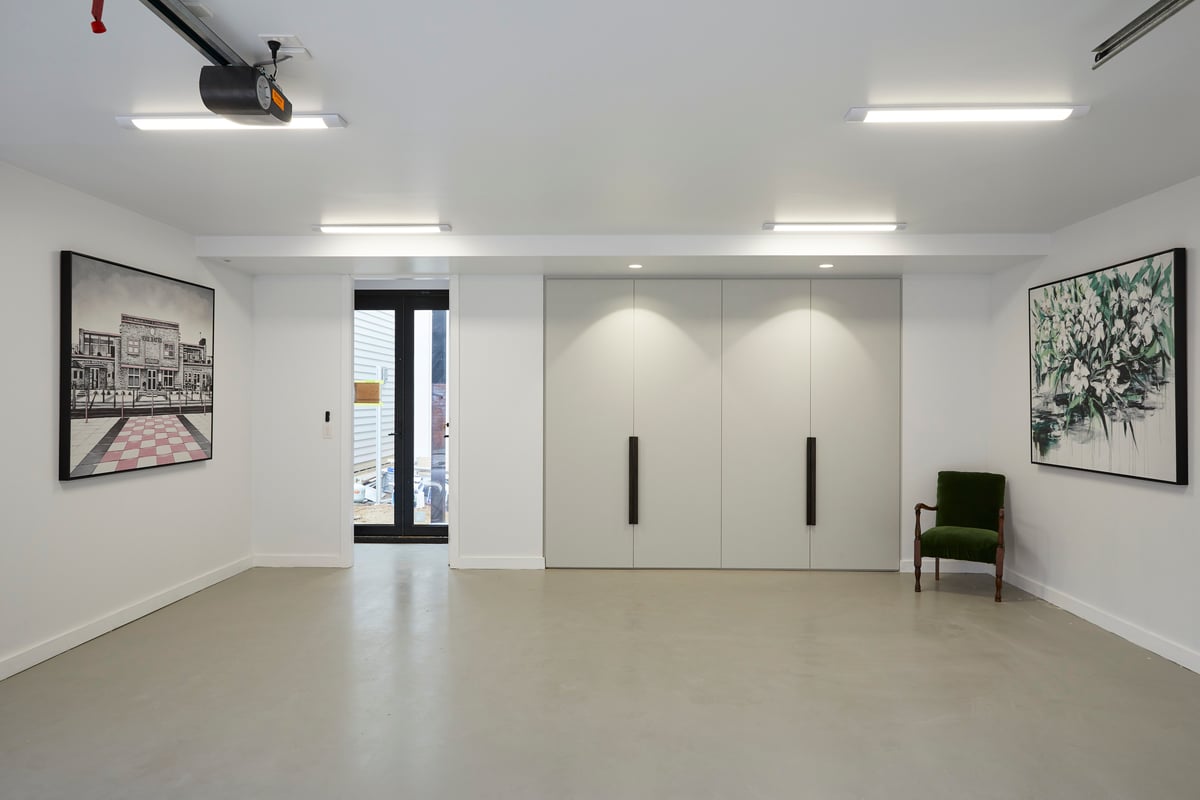 This week, Daniel and Jade spent $45,500 on their studio and garage.

Walking into Daniel and Jade's garage, the judges were impressed by their decision to install a toilet in the space, which was a huge value add to the property.

"It's perfect for the garden, entertaining, and the pool," Shaynna said.

As for the studio, the judges were devastated to see that the staircase wasn't finished.

They were also disappointed with the overall studio space, including the kitchenette which didn't have a cooktop.

"Something about it feels clunky," Shaynna said.

"It doesn't feel as resolved as what we've just come from next door," Neale added.

They also felt that the studio should have had a much bigger work from home space. Instead, the couple delivered a small desk with no powerpoint, which was a disappointment to the judges.

"It's got about as much personality as the average serviced apartment," Neale said. "I'm not making any emotional connection."

Overall, the judges thought the bathroom and the rest of the studio was a B+ effort. 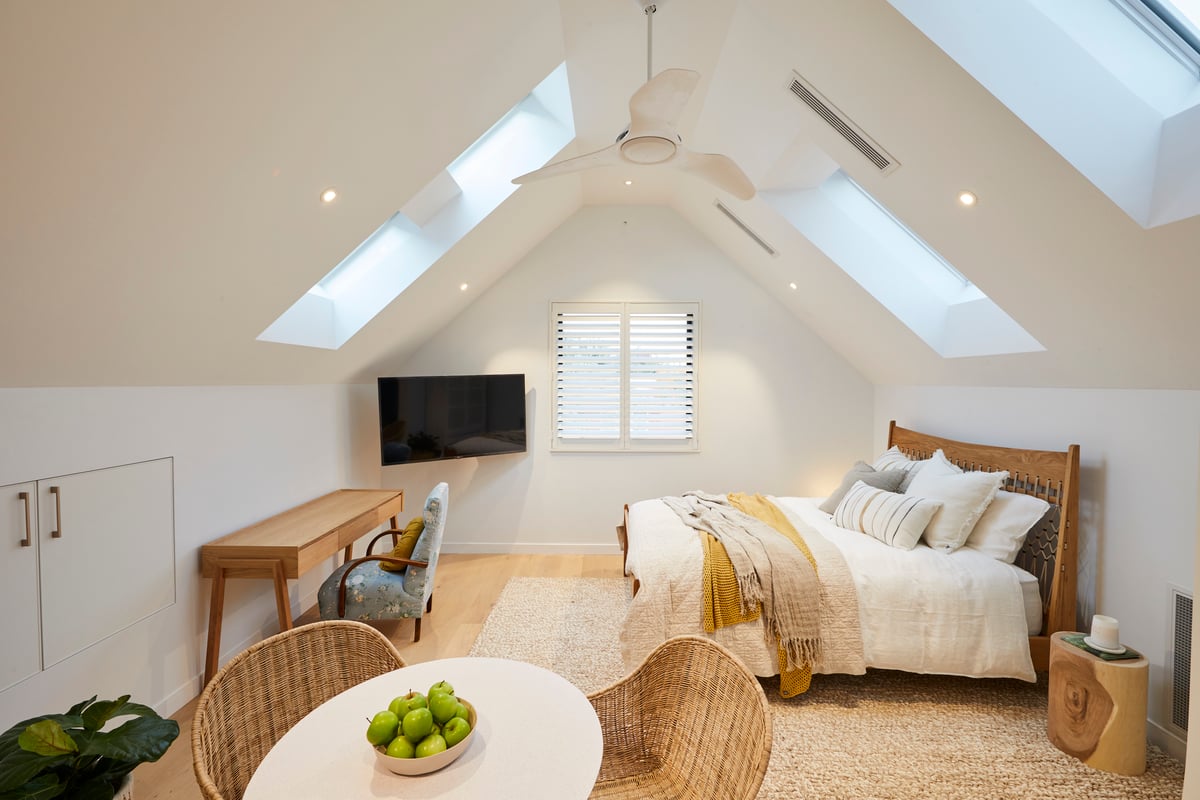 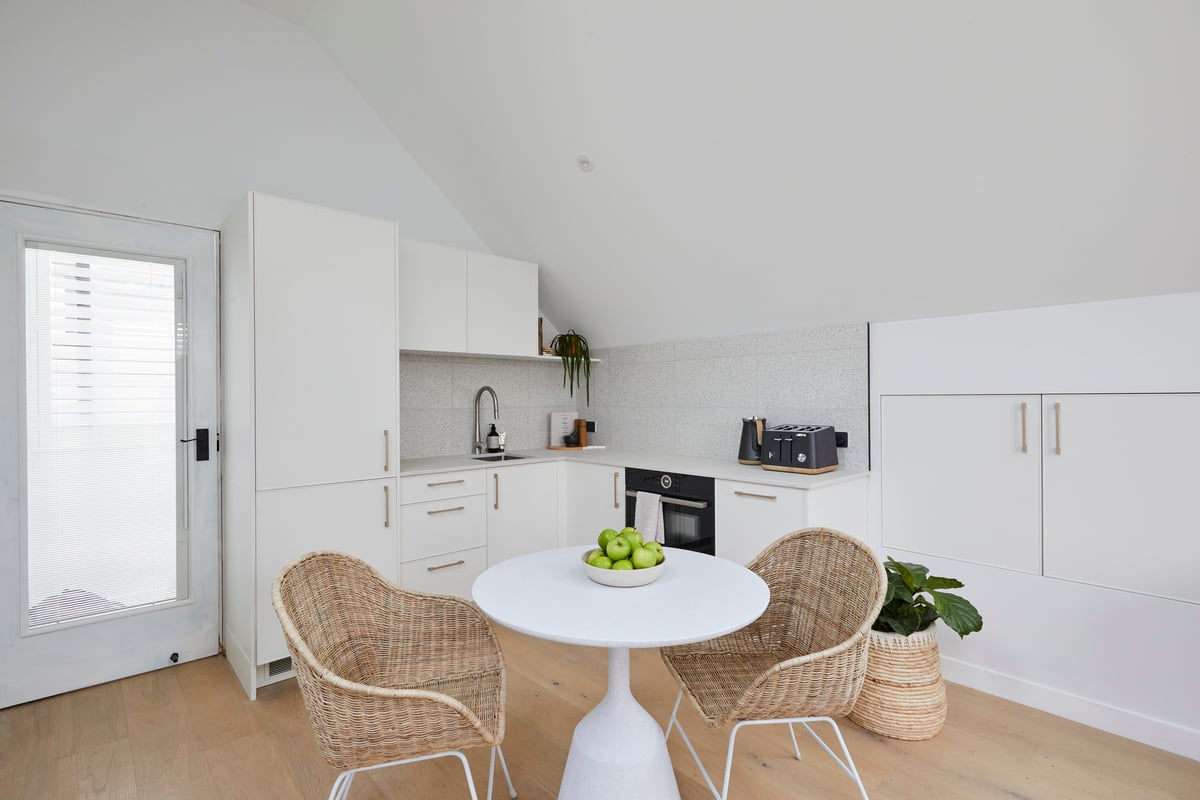 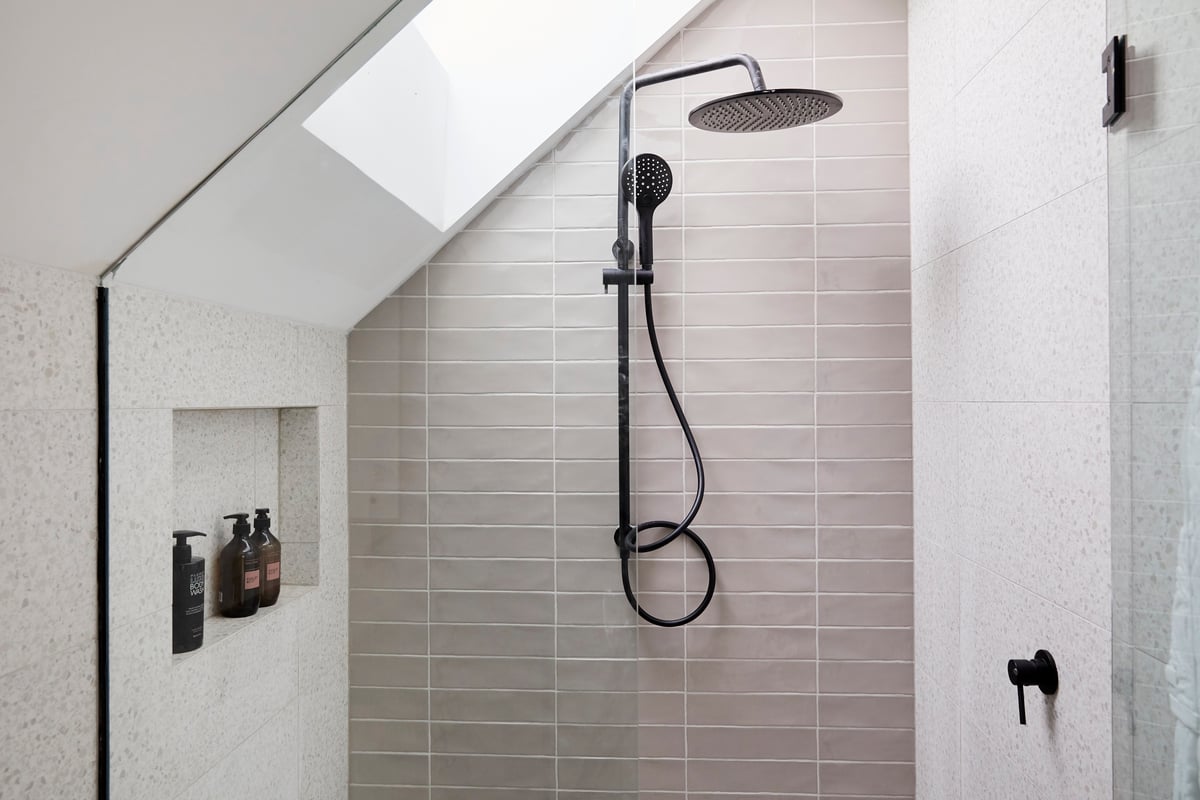 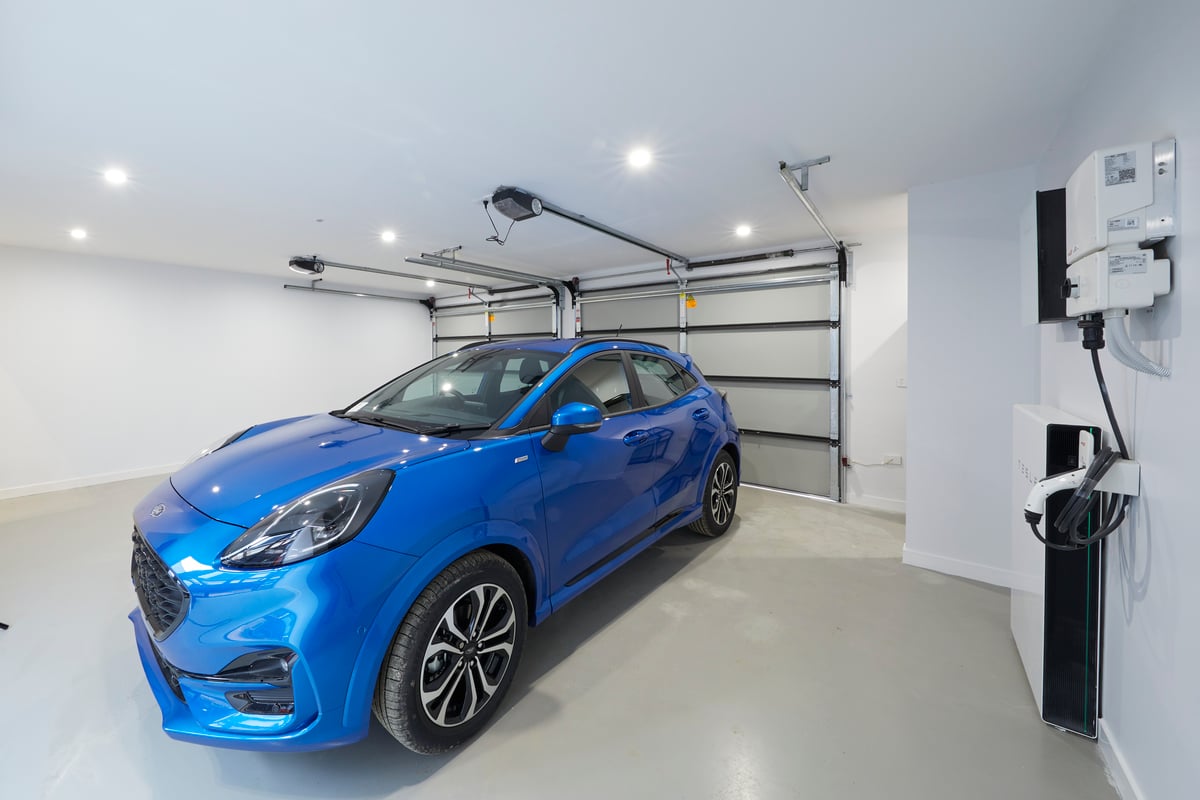 Upon entering the garage, the judges loved the practical storage space.

But after issues with their plasterer, the judges were disappointed to see that Luke and Jasmin's staircase wasn't finished.

Despite that oversight, the judges loved the Velux skylights used in the studio as well as the overall look of the bed and kitchenette.

However, Neale was disappointed that the space didn't incorporate a more practical work from home space.

As for the bathroom, the judges thought that Luke and Jasmin's decision to go without a door was a big mistake.

"The fact that we don't have a door or any privacy means that they probably envisioned it as a luxury bedroom for one person because not everyone is going to be comfortable with this arrangement," Neale said.

But besides that omission, the judges were overall impressed.

"It's stunning and so spacious," Shaynna said.

"I feel like Luke and Jasmin have the most consistent house from front to back across the board," Darren added. 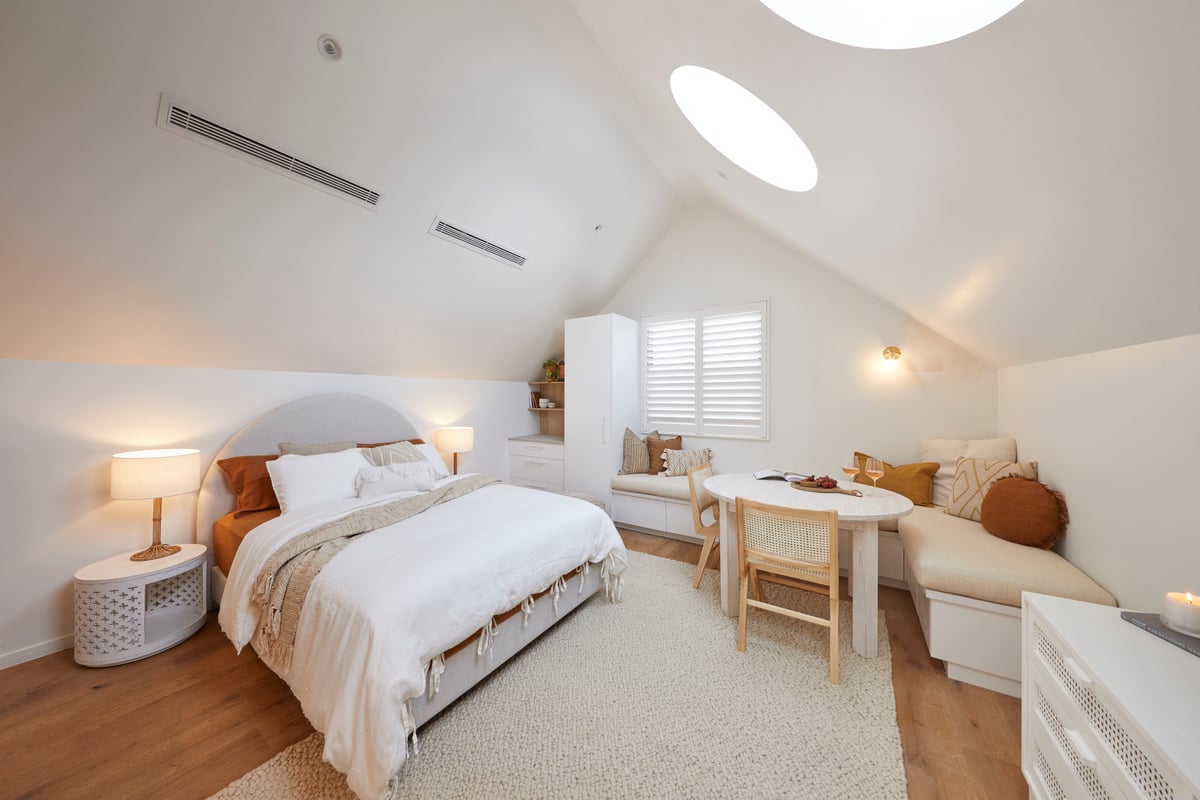 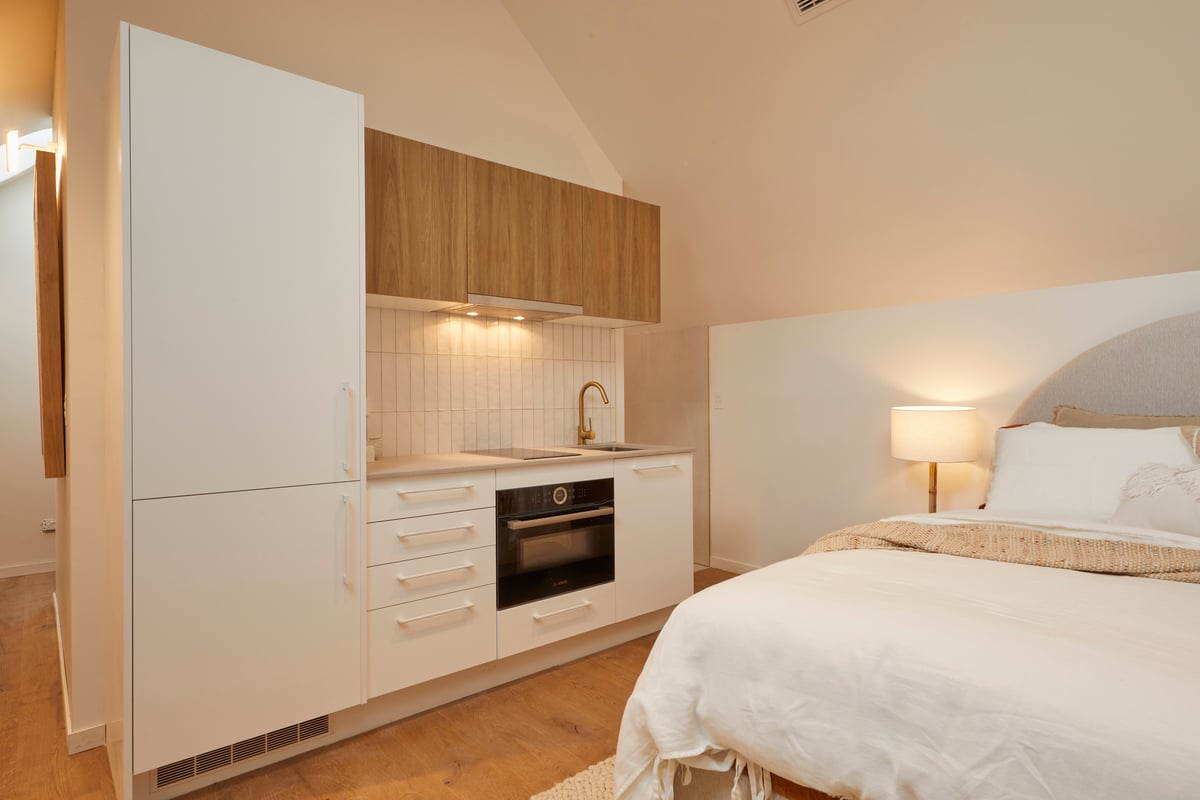 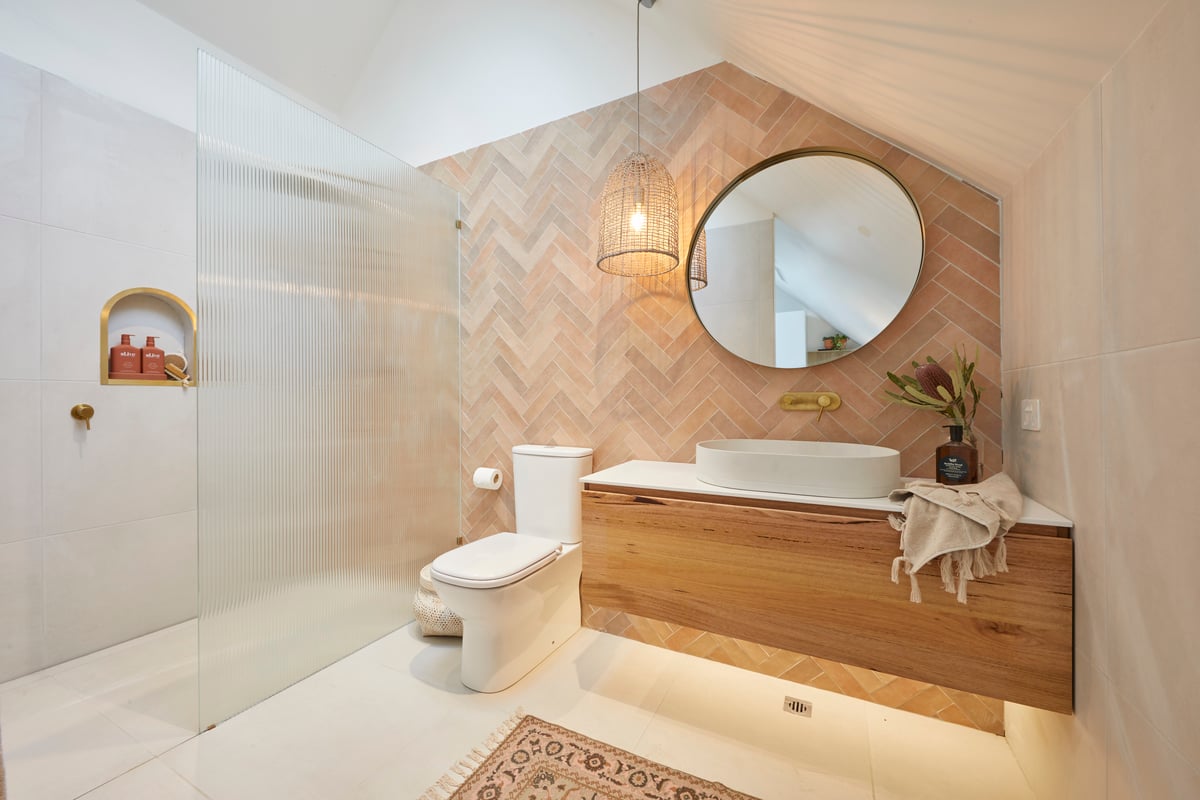 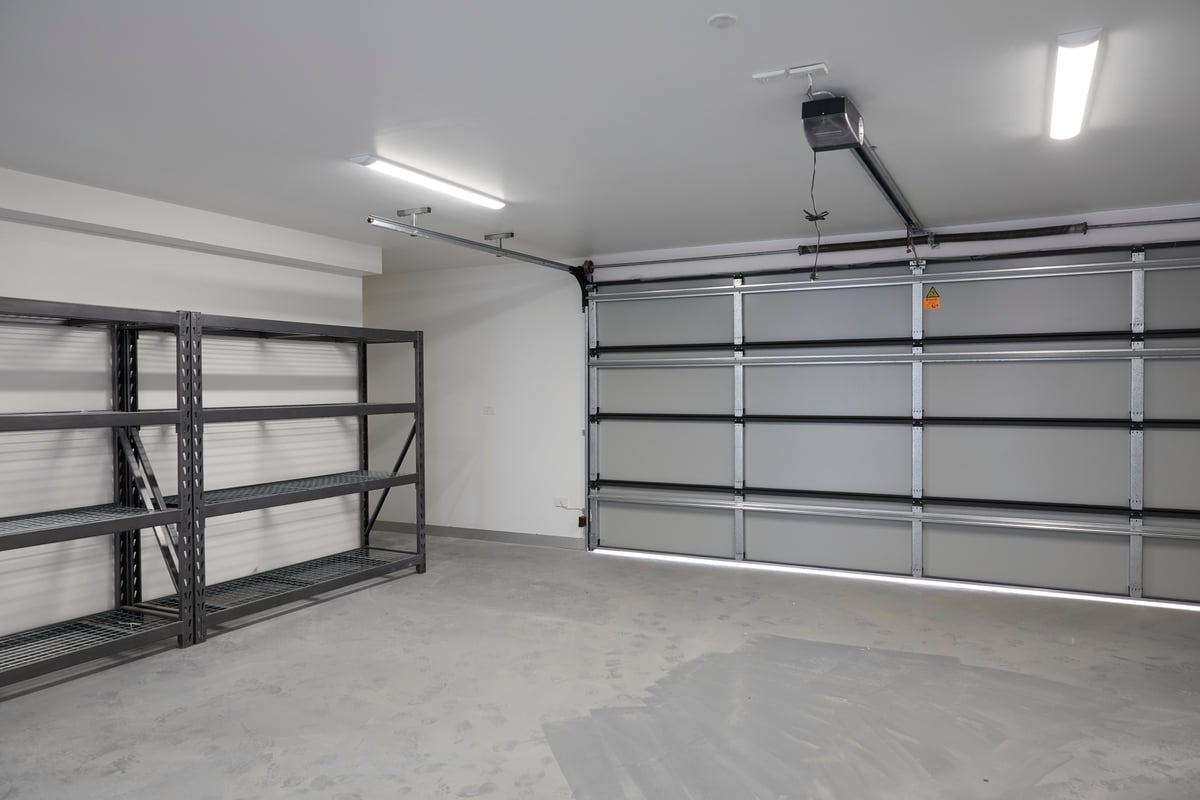 Jimmy and Tam's home was up next.

This week, the Brisbane couple spent $42,700 on their studio and garage.

The judges loved the inclusion of a fully installed home gym with a television in the garage.

However, Neale wasn't completely sold on the idea.

"Not everybody wants a home gym. There are a lot of buyers that will think that's amazing, but there will be an equal amount who don't," he said.

Upon entering the studio, the judges loved the galley-style kitchen as well as the sofa bed.

They thought that the space was very functional, as it could be used as a home office, a bedroom, a studio apartment or even a small business.

They also loved the architectural details in the studio as well as the overall styling in the bathroom.

"It's very neutral and calm and serene," Darren said. 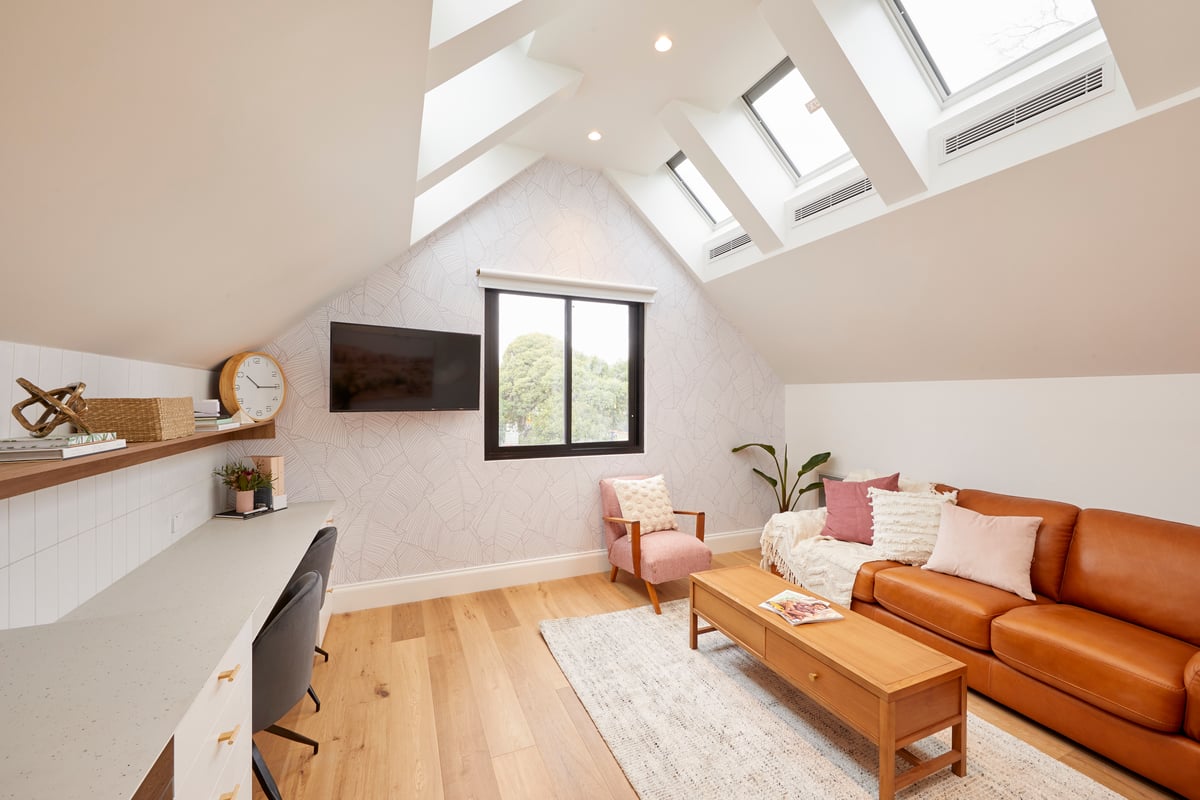 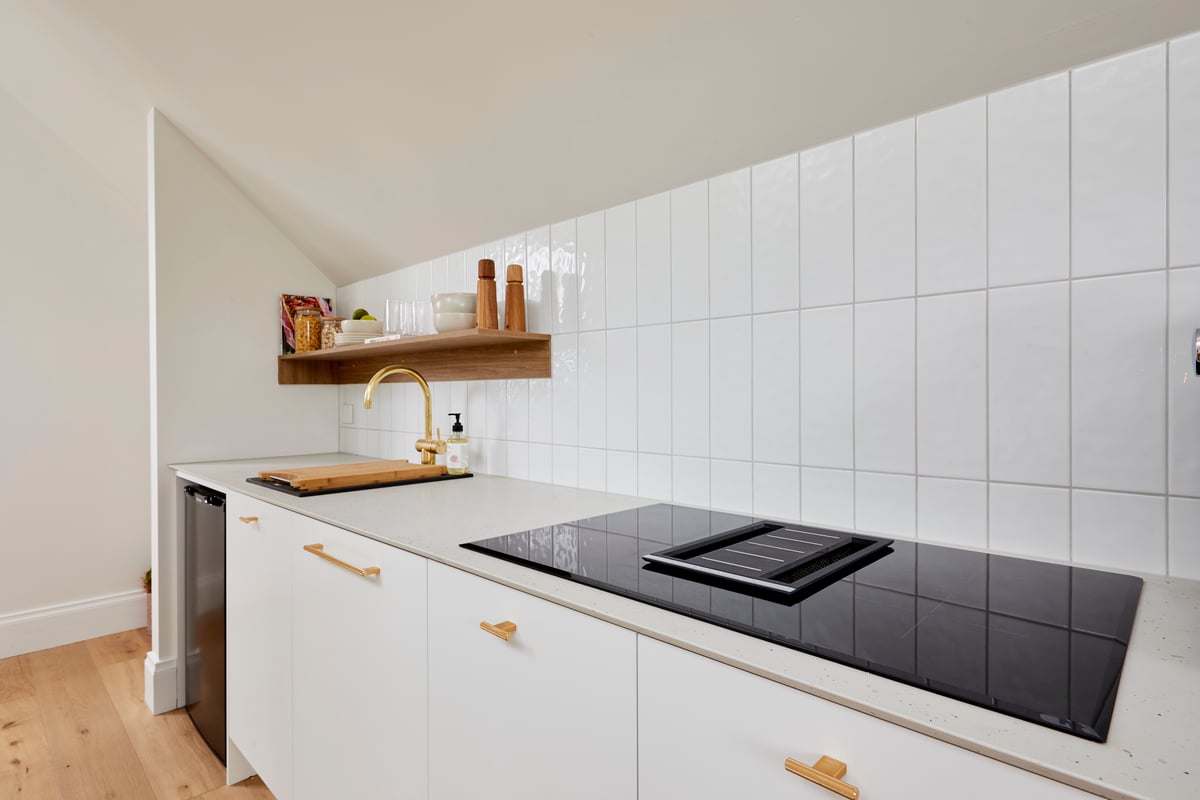 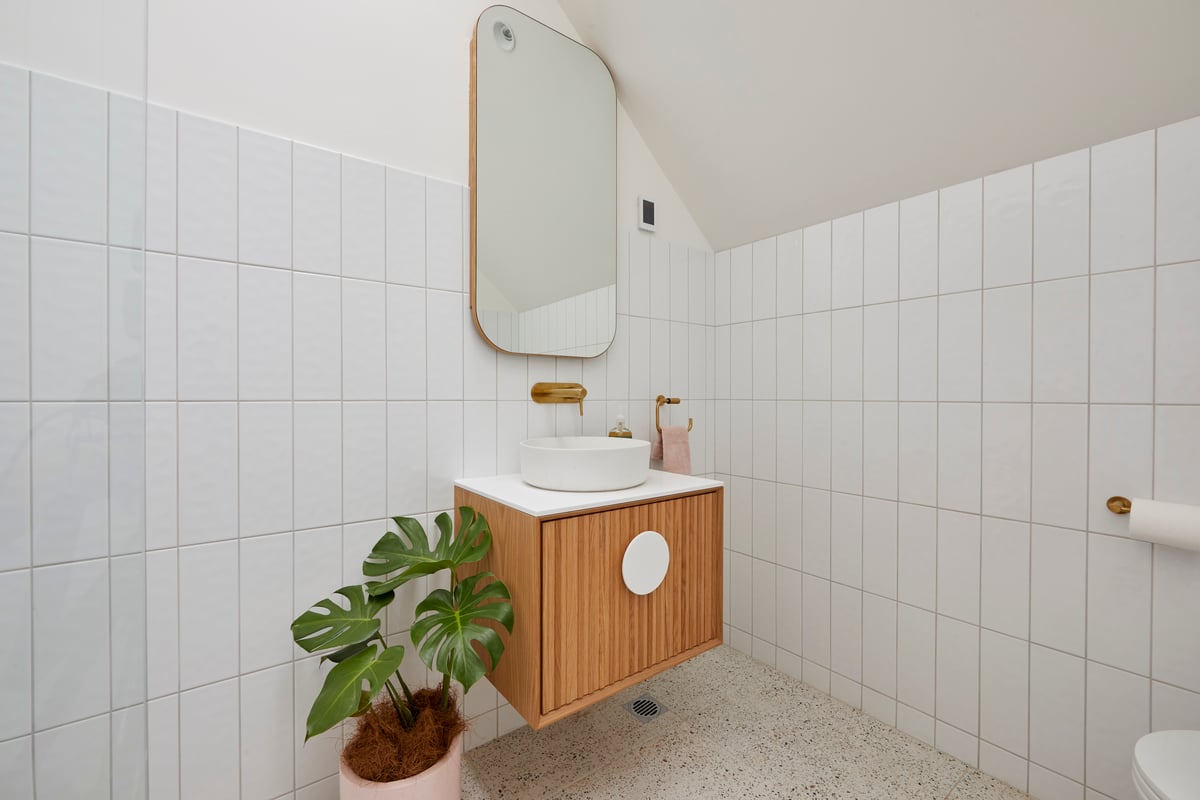 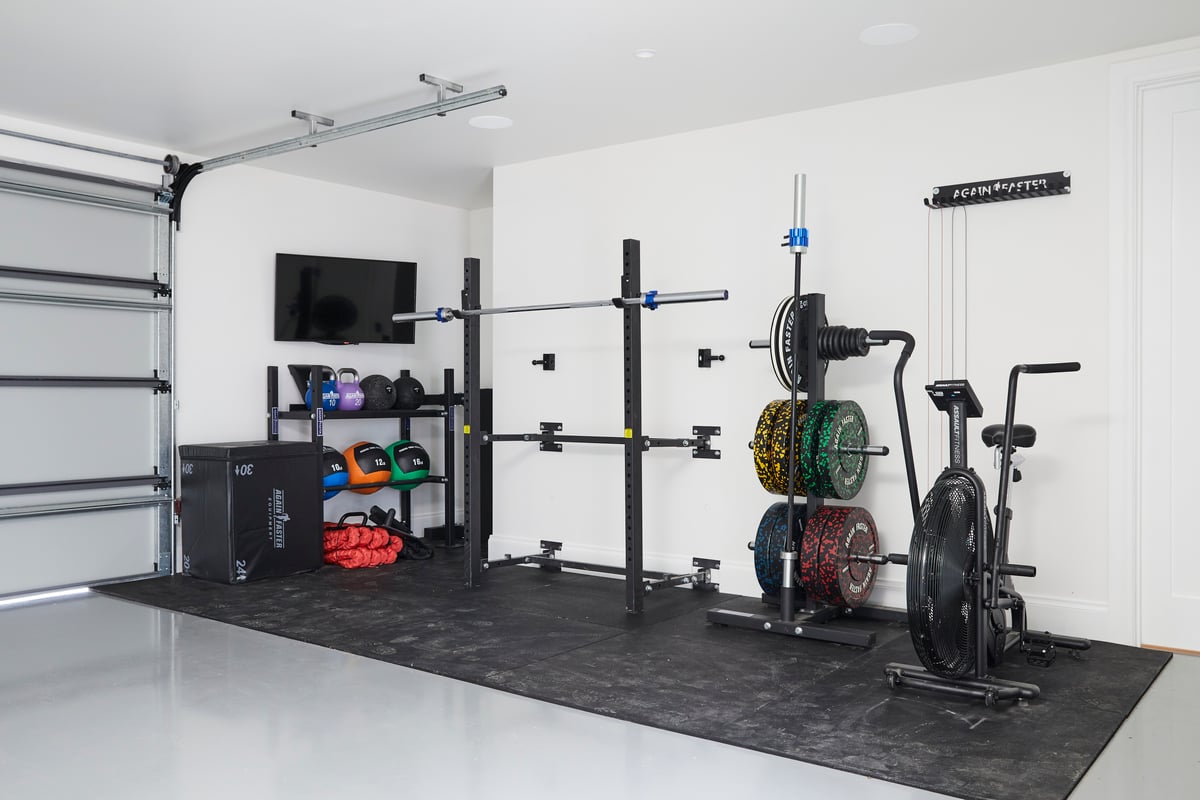 The judges' scores are tallied, and Sarah and George win by just half a point.

Next week, the teams will work on their back garden and pool.

Want to find out more about the products used in The Block studio and garage? Check out The Block Shop here.