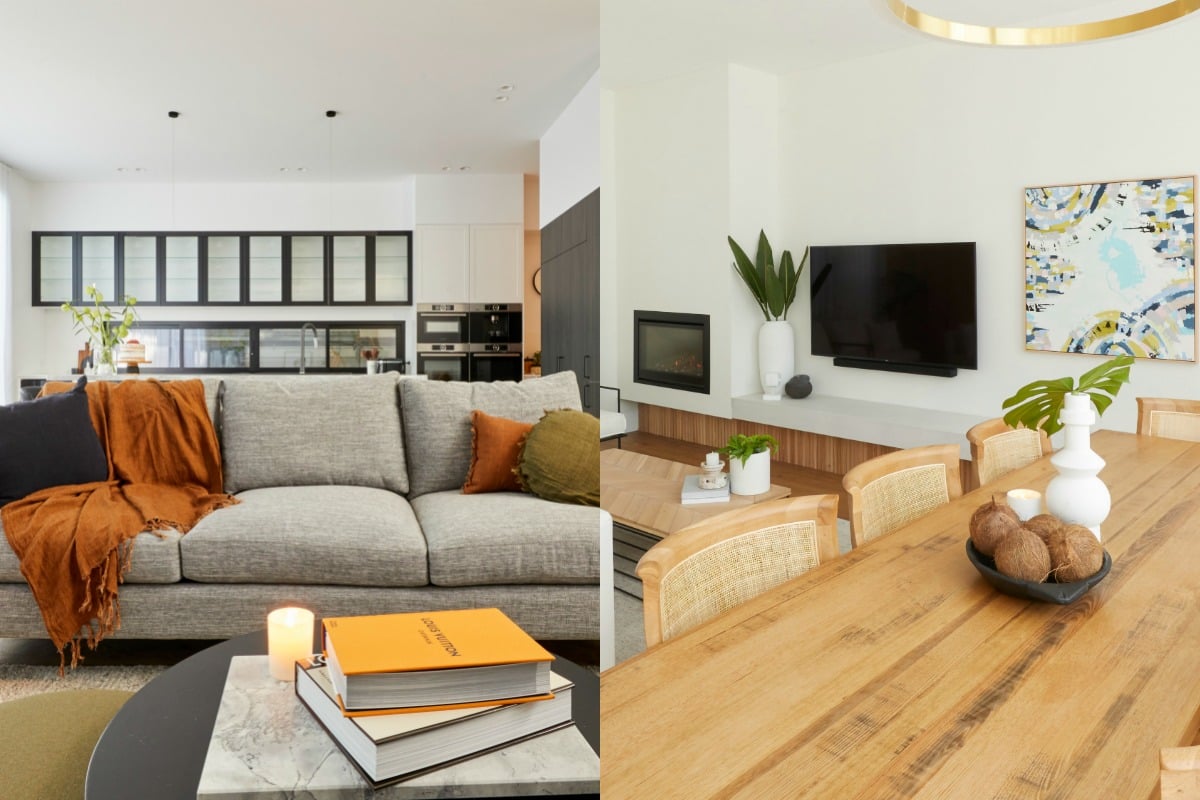 This week on The Block, the five couples renovated their living and dining rooms.

Once again, Jimmy and Tam managed to finish their space in record time, earning them lunch at Scott Cam's Melbourne apartment.

As for the other teams, it wasn't quite so easy.

While Jasmin struggled with her furniture and styling choices, Harry clashed with foreman Keith Schleiger over plumbing issues.

Despite all the drama, the five couples delivered their living and dining rooms on time.

Here are all the photos from The Block's living and dining room reveal:

Harry and Tash, who spent $33,100 on their living and dining room space, are up first.

The father and daughter duo clashed with foreman Keith this week after Keith claimed that Harry's plumber was at fault with some work on the sewer lines. They also had some issues with their fireplace.

But in the end, they managed to deliver their space.

Out of the five teams on The Block, Harry and Tash had the biggest living and dining room space.

"It's like seeing the work of a professional interior designer. There is a level of sophistication and cohesion in this room that blows me away," Neale added.

Darren loved the positioning of the furniture, which "elongated" the space, as well as the void above the living room.

Overall, the only thing the judges questioned about the space was the lack of lamps, and the patchy paint work on the fireplace. 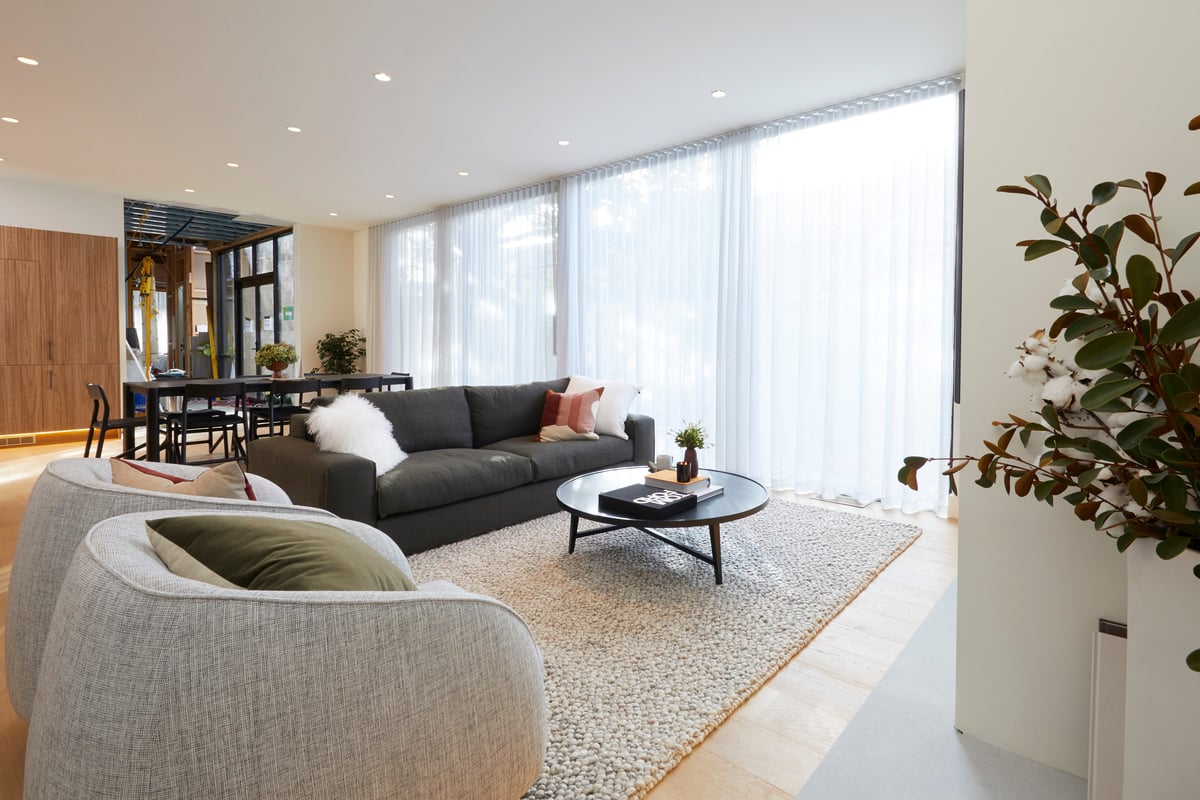 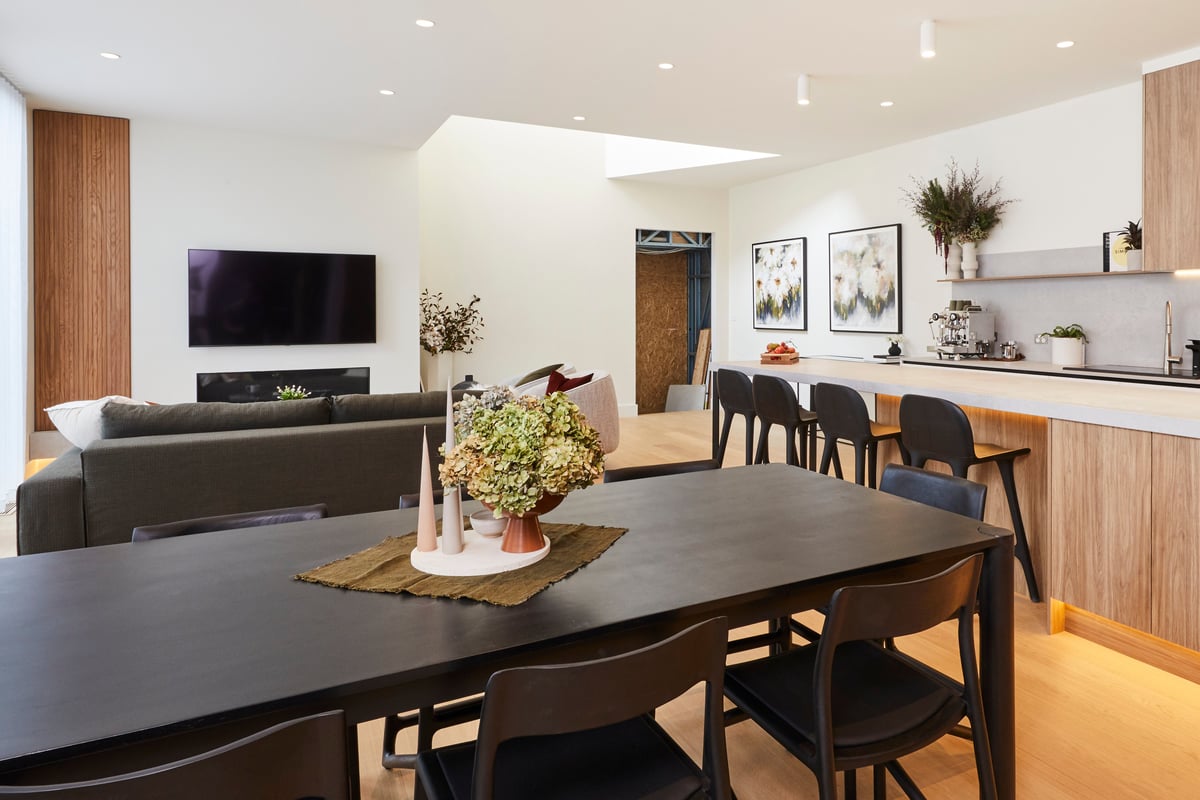 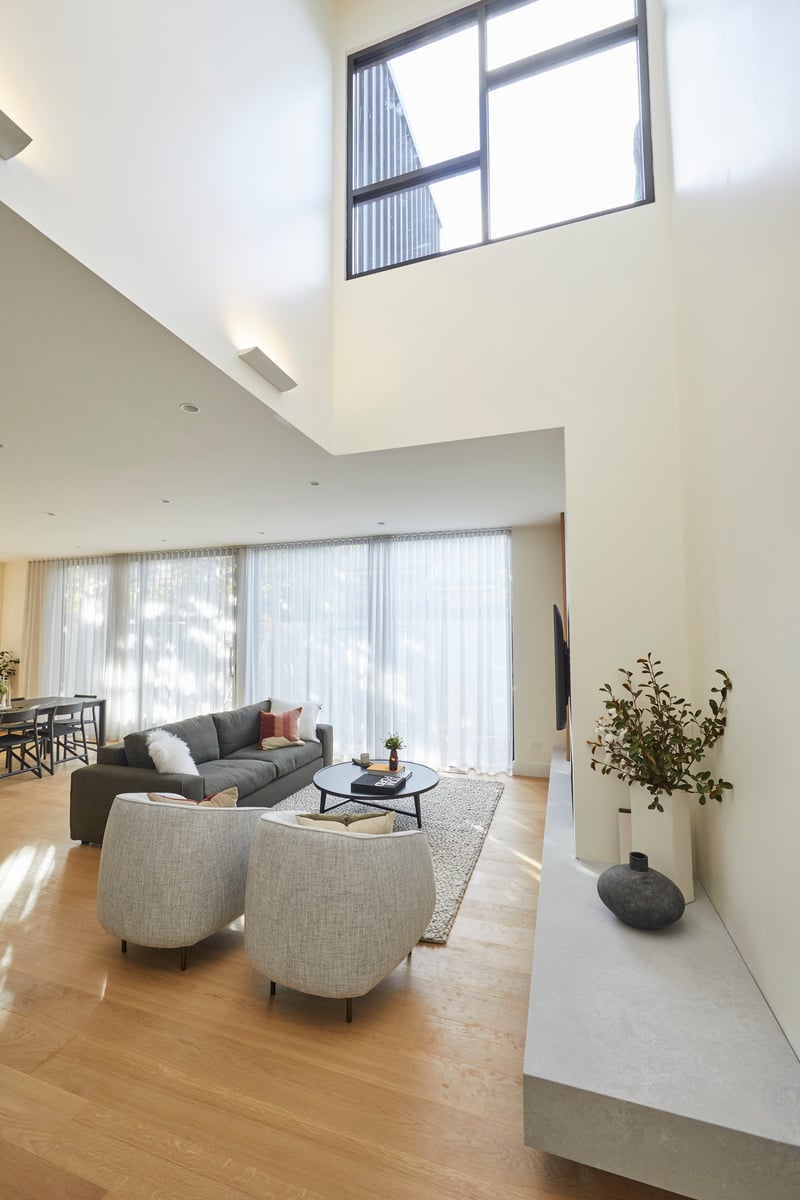 Sydneysiders Sarah and George were up next.

This week, the couple spent $17,400 on their living and dining room space.

Upon entering the living room, the judges instantly fell in love with their statement fireplace.

But Darren thought the choice of white bricks was... debatable.

"The brick is an interesting choice. It gives it a more country feel," Darren said.

"Out of all the houses, this is probably the one that feels the least like it's sitting in a beachside location."

However, the other judges disagreed.

"I love the brick. It gives it a sense of heritage and age," Neale said.

Elsewhere, the judges pointed out the lack of lamps (again), adding that there was no real "emotional connection" to the room. 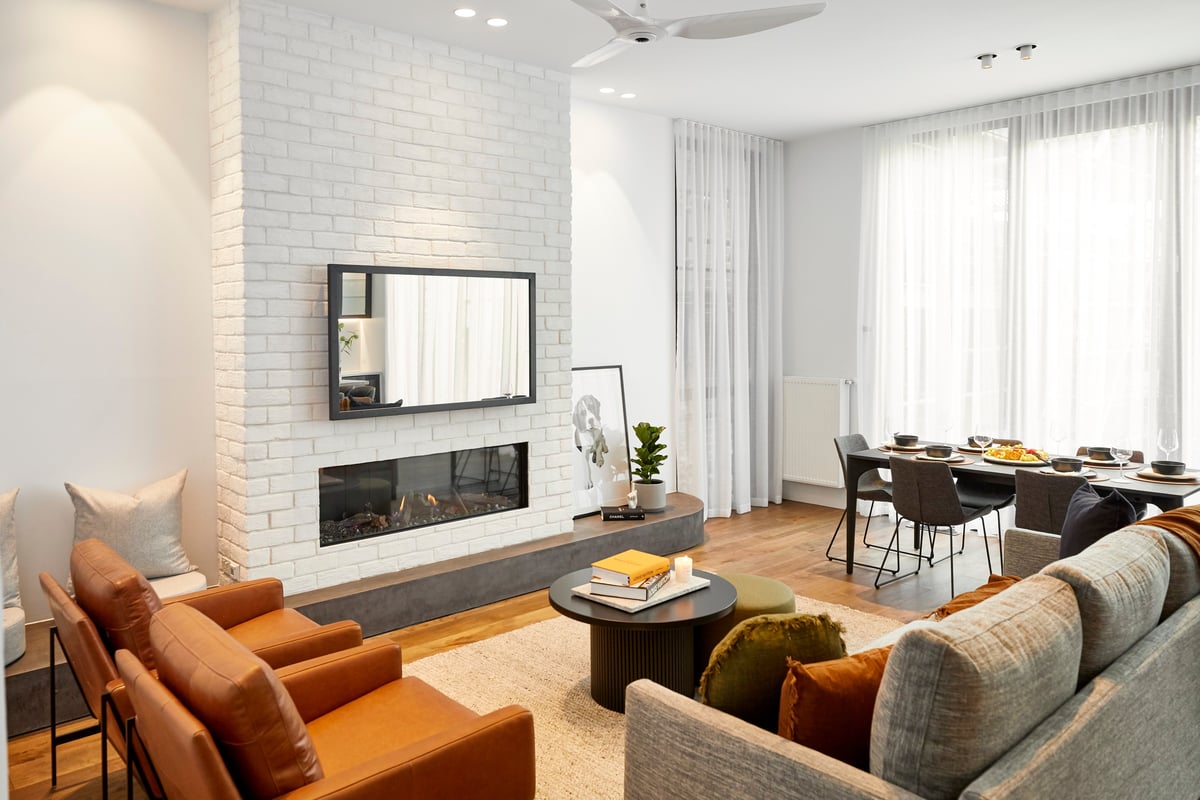 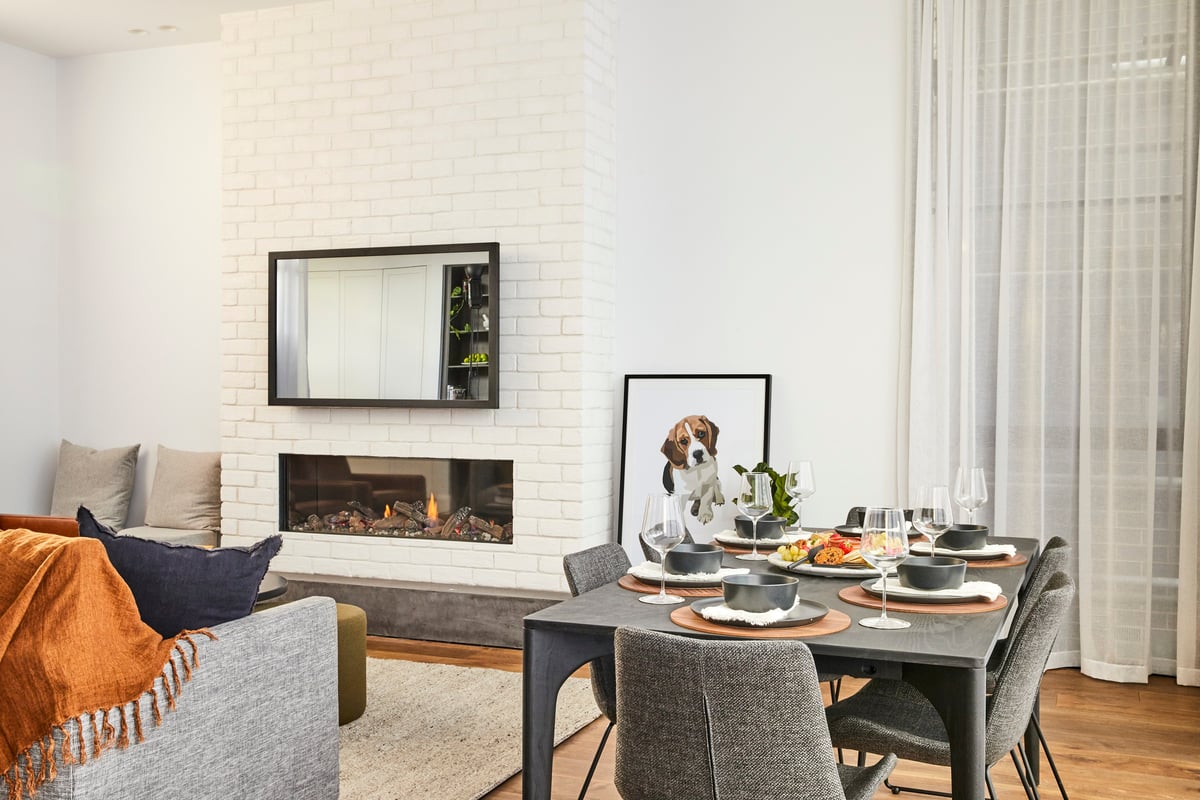 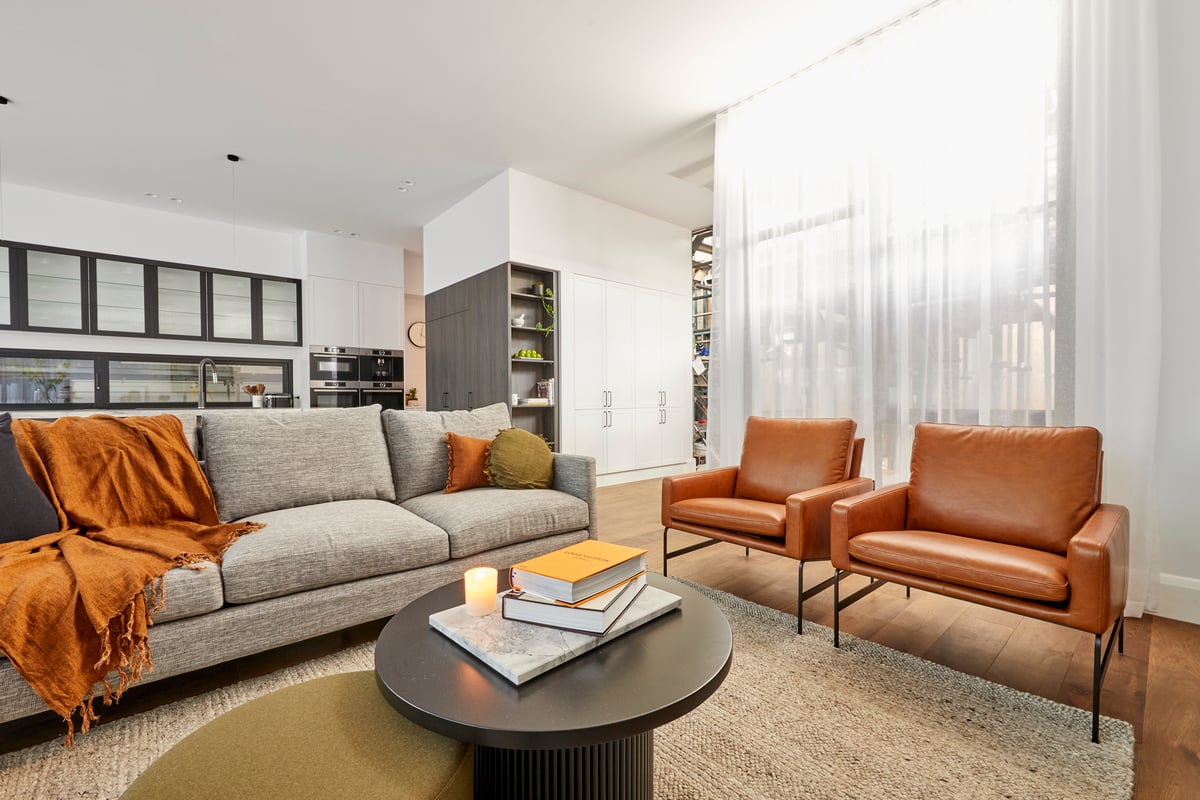 This week, Daniel and Jade spent $24,700 on their living and dining space.

The couple focused on statement pieces in their rooms this week, including their curved wall and their "artisan" dining table.

The judges loved what Daniel and Jade did with their Novacolor curved wall, which worked perfectly with the curved features in the kitchen.

"That is spectacular," Shaynna said after entering the room.

The judges also loved the couple's dining table, as well as their Christian Cole coffee table.

However, they once again pointed out the space was missing a lamp. (Yep, again).

Shaynna also felt that the living room needed a much bigger rug. 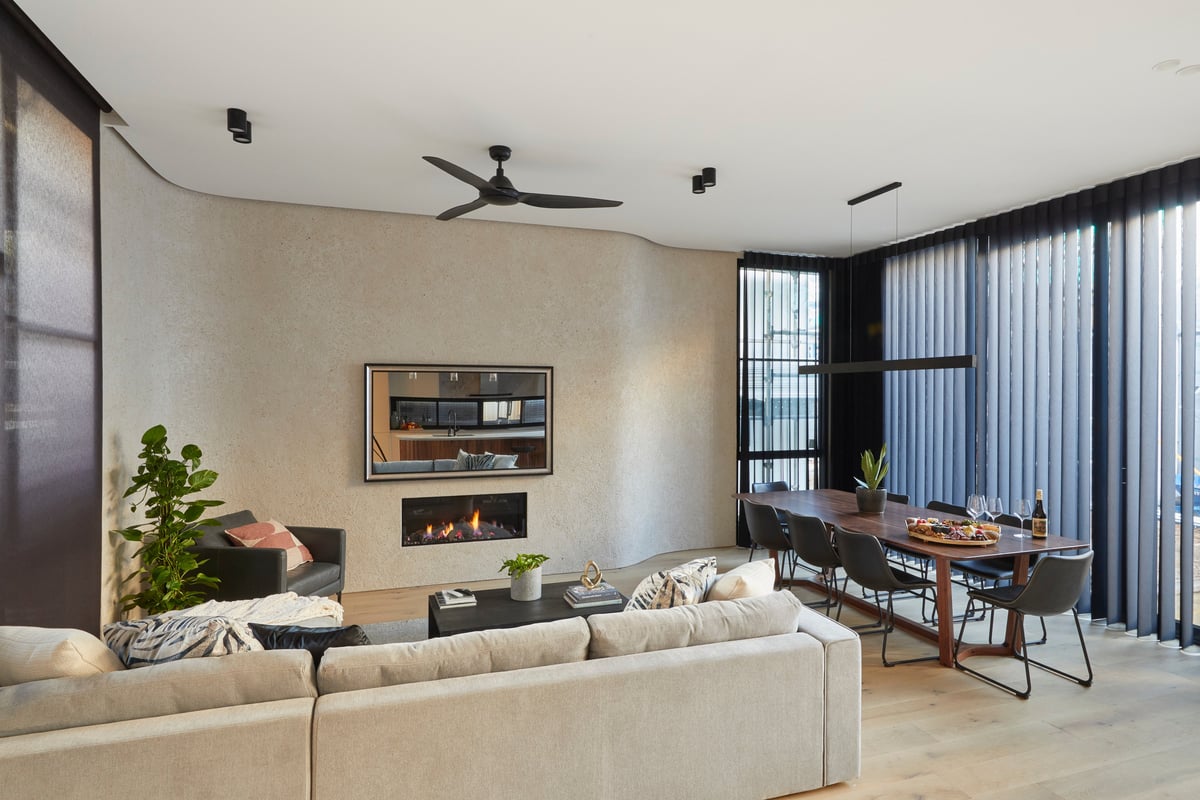 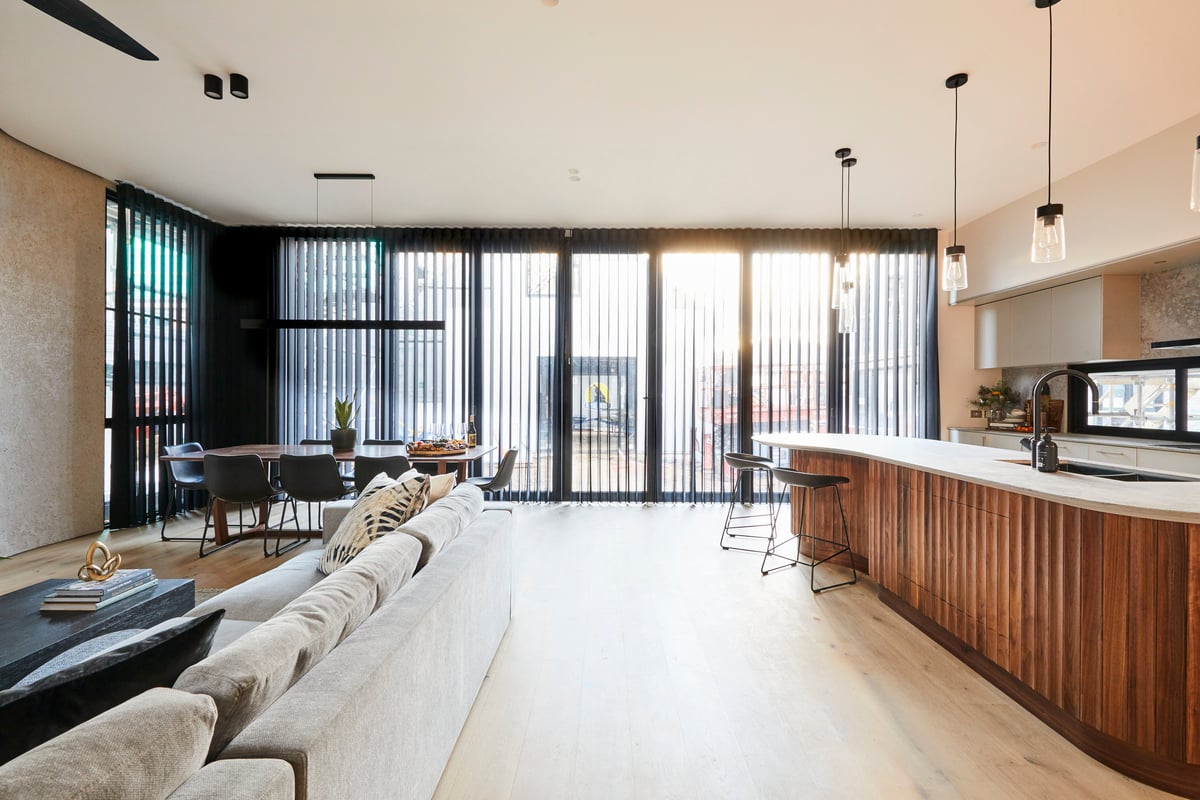 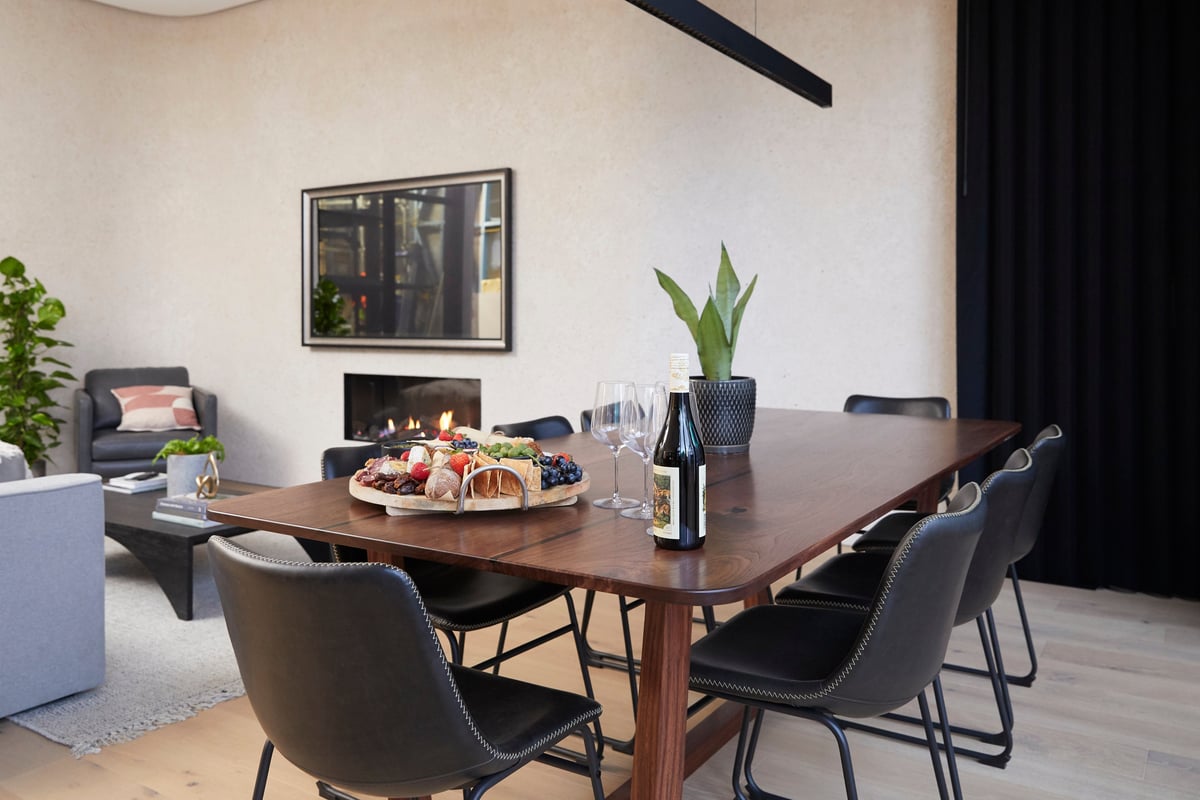 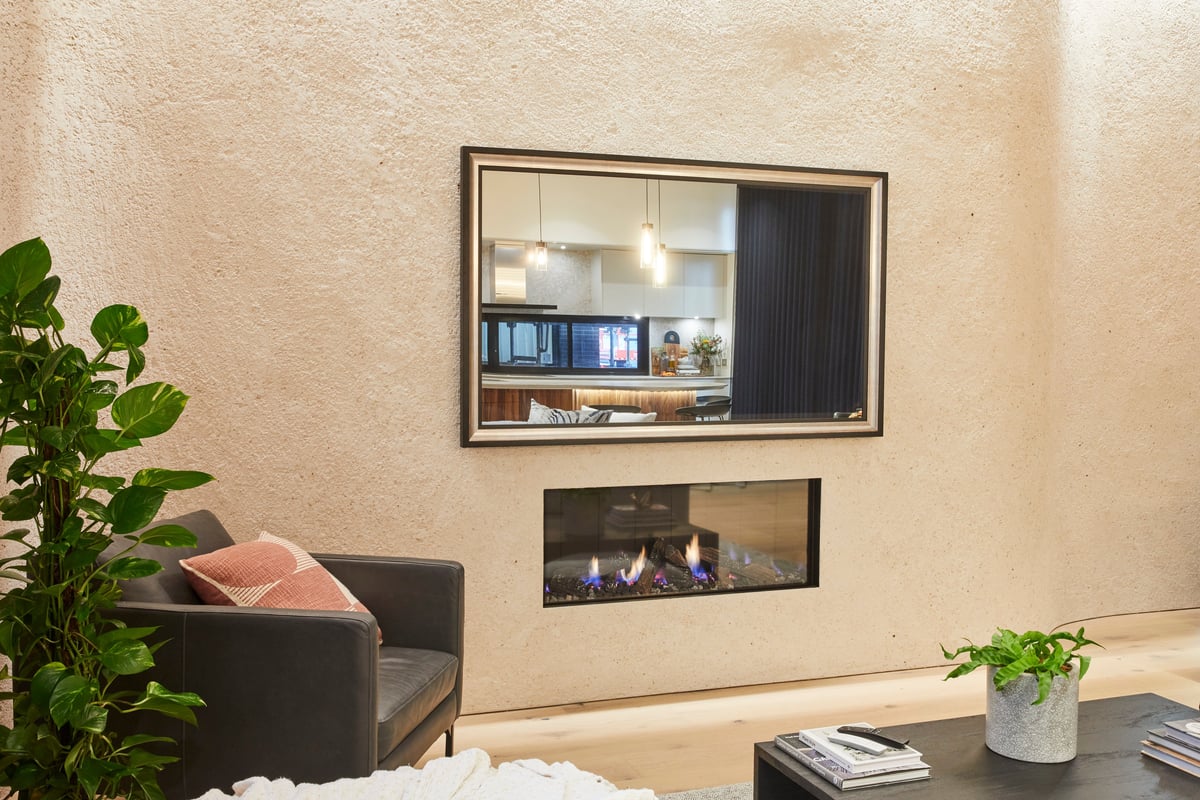 After a tough week with furniture and styling choices, Luke and Jasmin were up next.

This week, the Perth couple spent $18,900 on their living and dining rooms.

Upon entering the space, Darren described the area as "photo shoot ready".

"If you wanted to take a shot of the perfect, luxury, beach home, it would look just like this," he added.

Overall, the judges felt that the styling of the space worked perfectly with the kitchen, but they would have loved to see a floor lamp and more storage space.

They also weren't fans of the placement of the fireplace in the corner of the living room.

"Nobody's ever going to be able to sit there," Neale said.

"It's nonsensical in terms of its placement. It's not even comfortable to be sat next to. It's wasted visually. It's frustrating," Darren added. 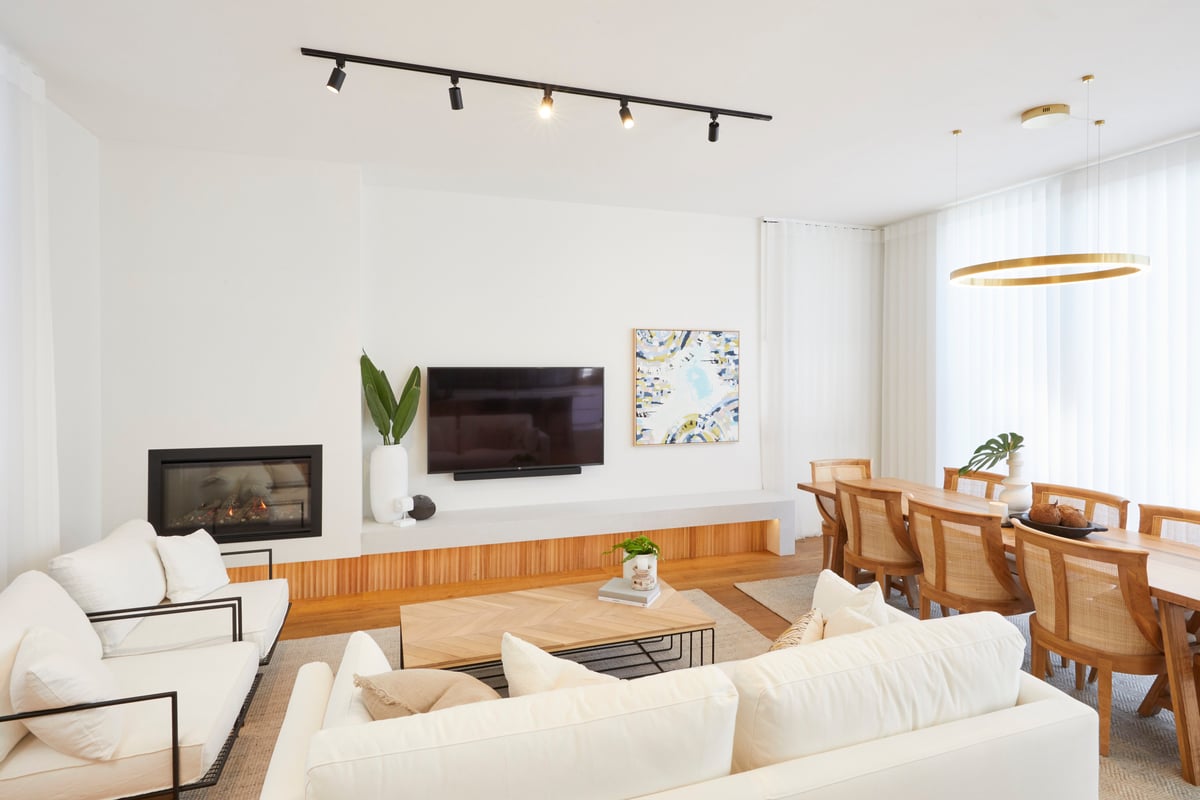 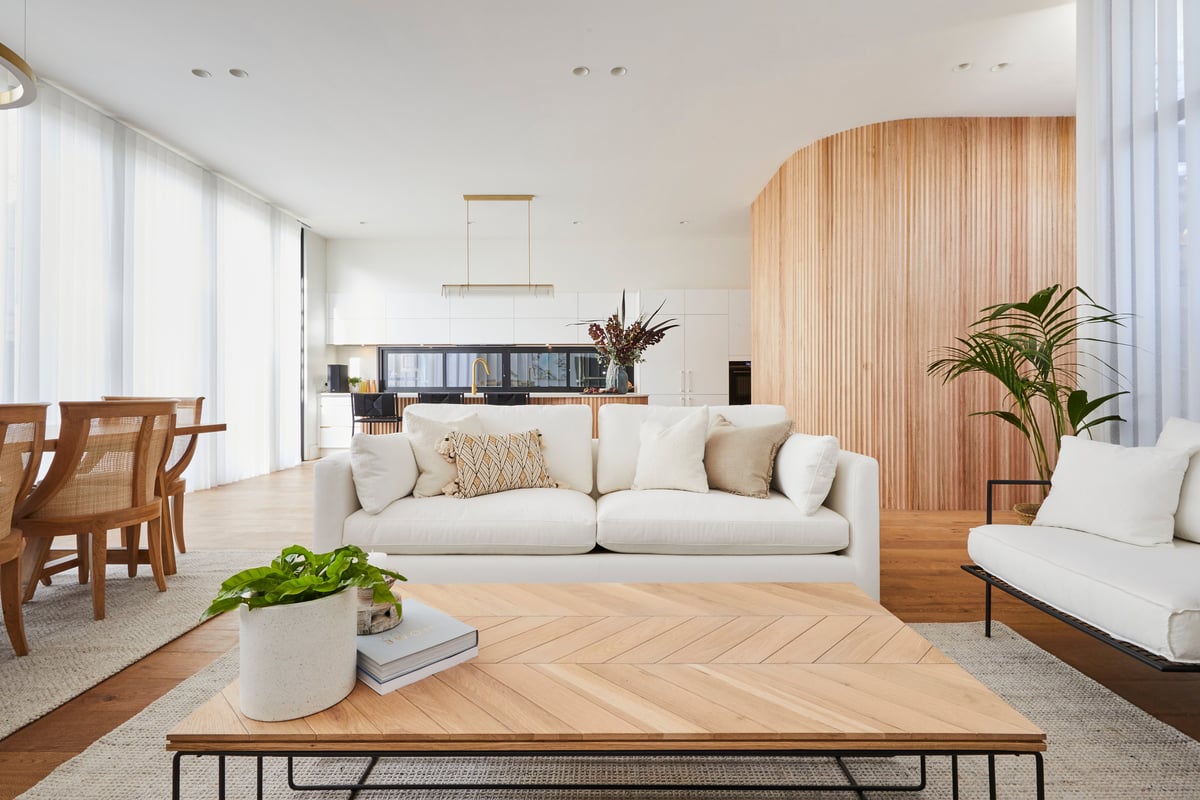 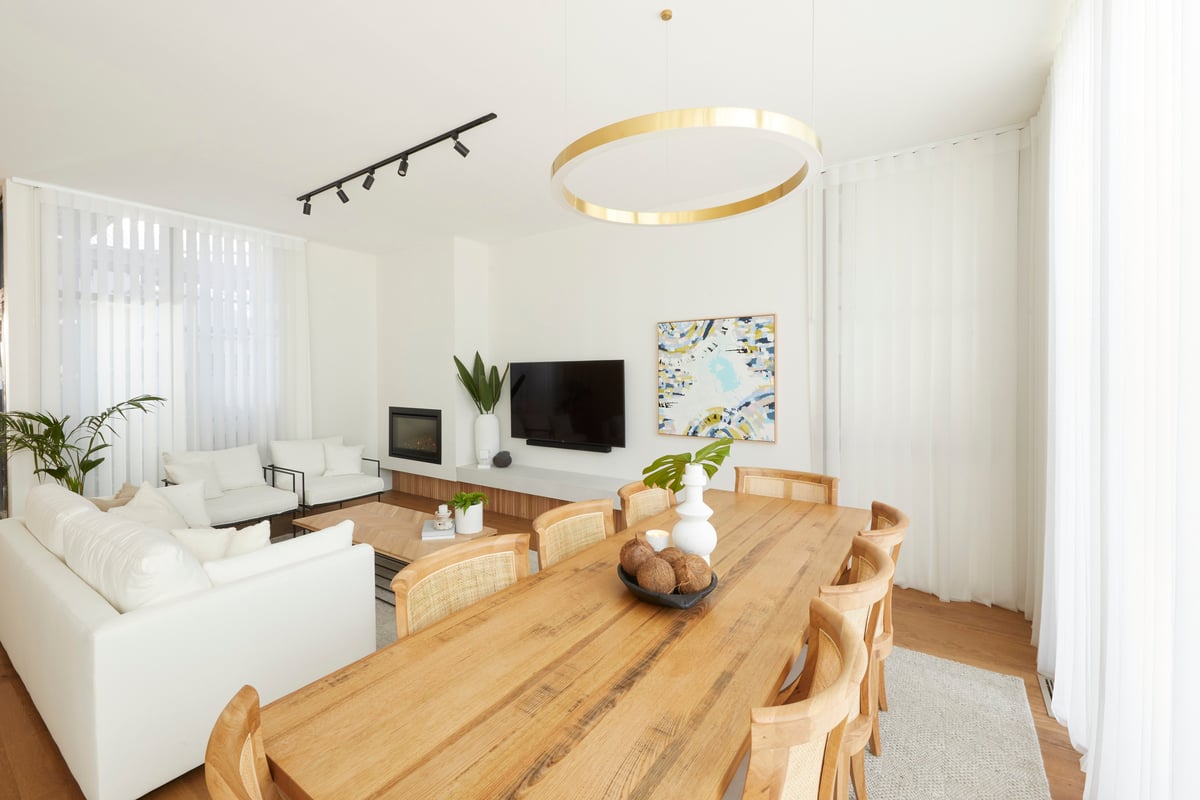 This week, Jimmy and Tam finished their living and dining rooms in record time.

The Brisbane couple spent $20,500 on their space, but they made a controversial decision.

You see, Jimmy and Tam decided to deliver a dining room... without a dining table.

While the judges loved the floor lamp and storage space in their living room, the positives virtually ended there.

The judges hated how the couple used their space and felt that the living room was cramped.

The judges also felt that the couple's decision to leave out a dining table was "disappointing".

"What were they thinking?" Shaynna commented. "This has to be rectified."

"This is not adequate for a house of this size and this value," Neale added. 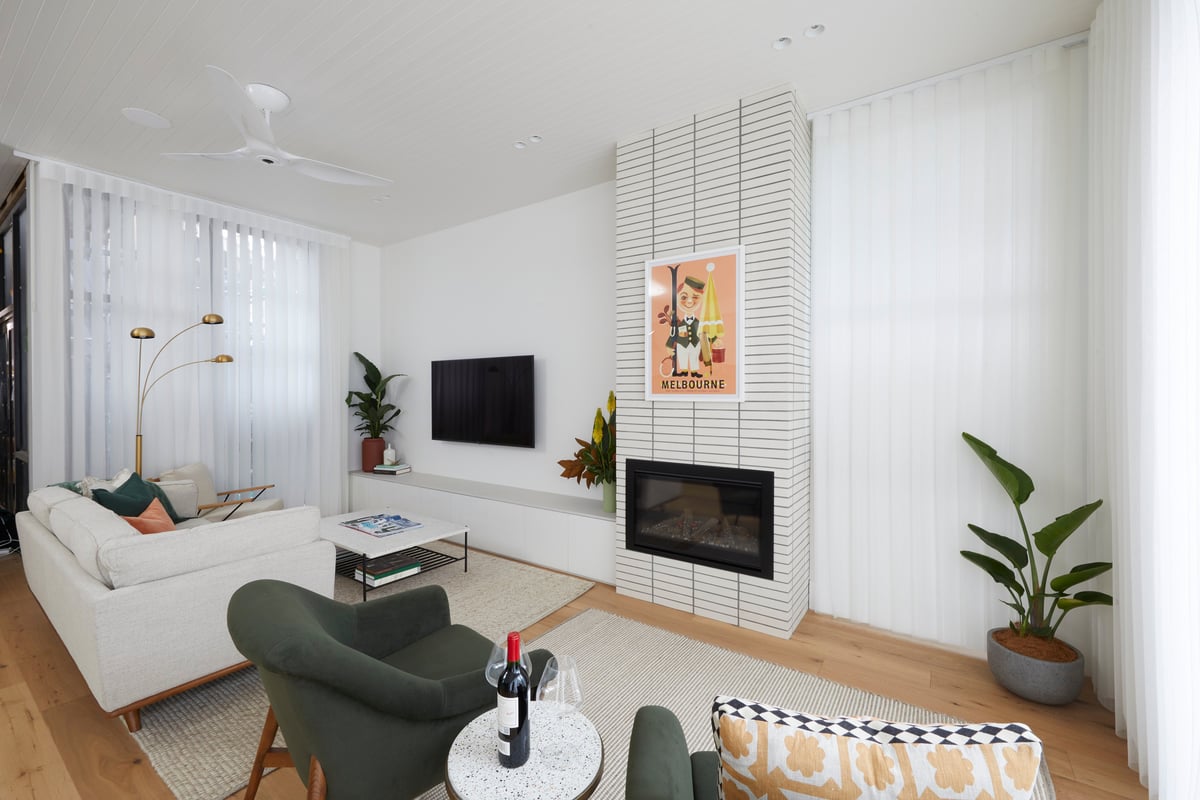 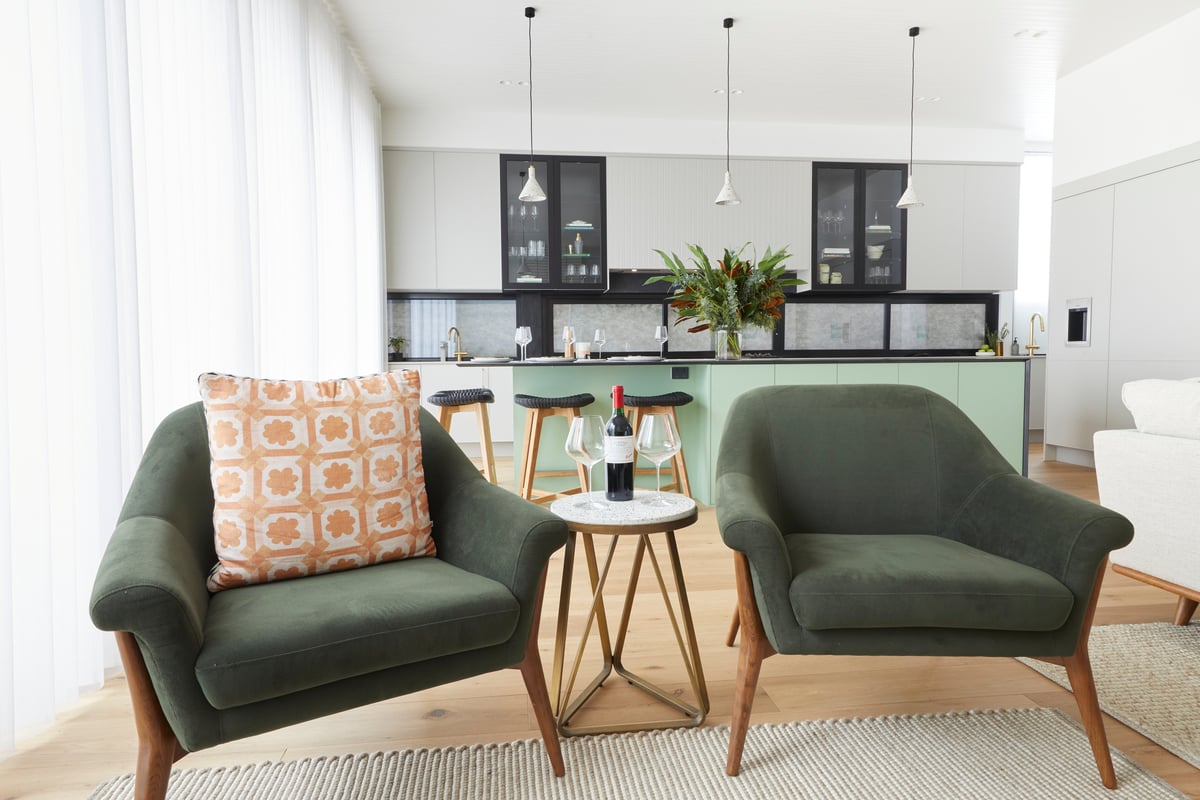 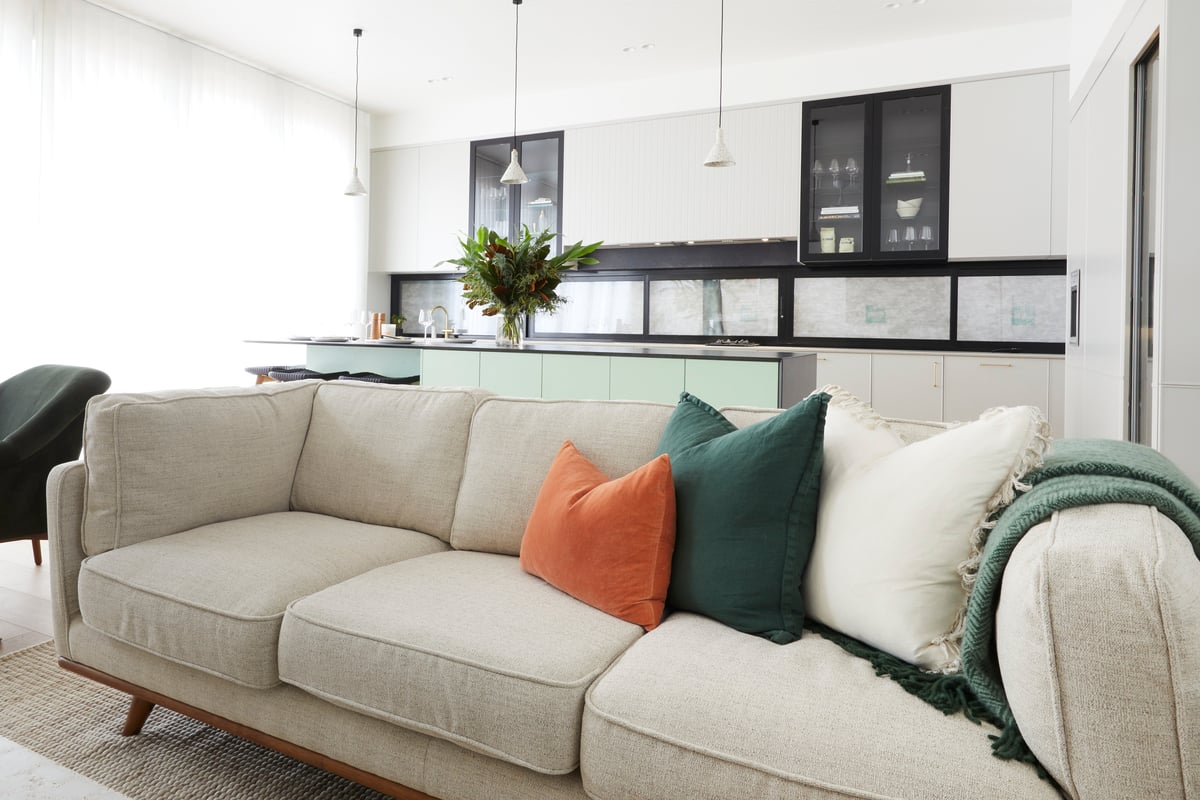 The judges' scores are tallied, and despite their difficult week, Harry and Tash take out the win.

Next week, the teams will finish their upstairs space.

Want to find out more about the products used in The Block living and dining rooms? Check out The Block Shop here.

Reply
Upvote
2 upvotes
A couple of the couches are quite nice, but otherwise, they're all a bit samey for my taste. I guess the era of the houses is pretty much irrelevant now? These could be rooms in any new house, or any of the houses from previous seasons. They're nice enough, but not much personality.
E
em 2 years ago