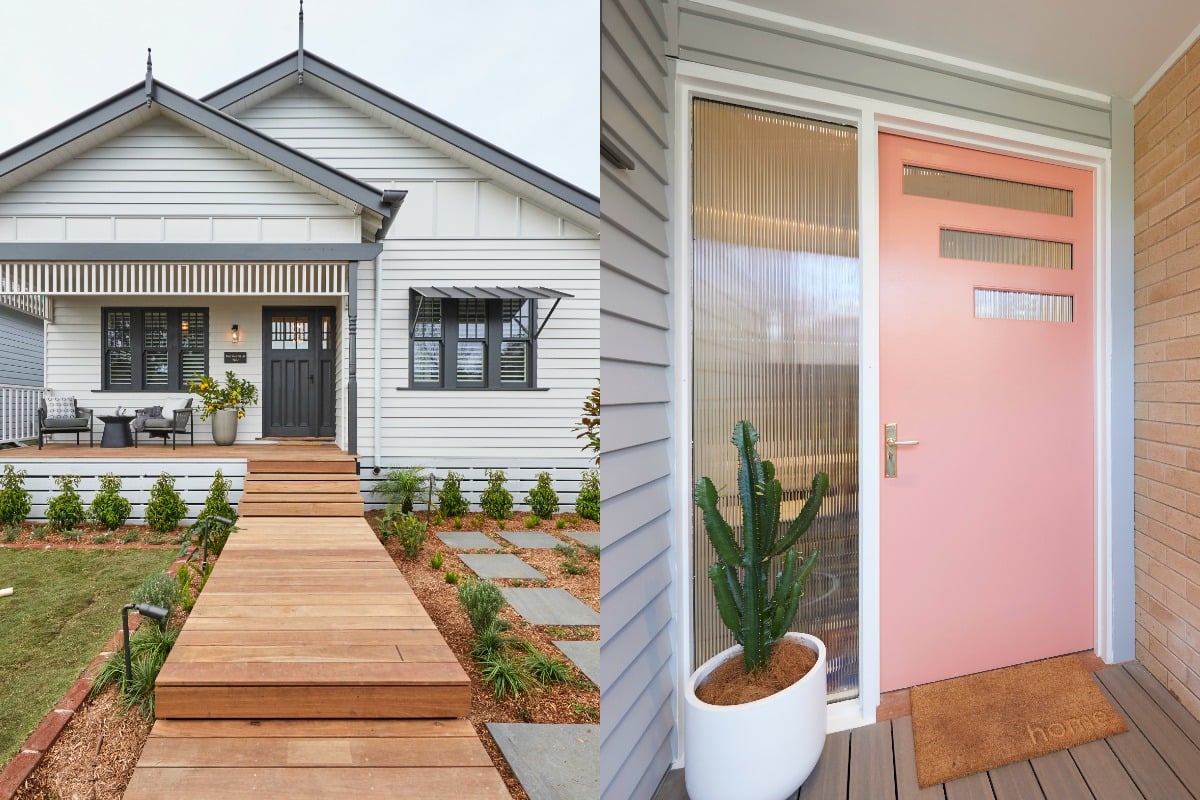 It's been another stressful week on The Block.

This week, the five couples completed their front facade and garden.

In the final days before the room reveal, the teams faced a deluge of torrential rain, making it difficult to finish on time.

With the biggest front garden on The Block, father and daughter duo Harry and Tash struggled the most to finish their front facade.

Along the way, there were a lot of tears.

But as always, the teams somehow managed to deliver their spaces in time for Sunday's room reveal.

Here are all the photos from The Block's front garden and facade reveal:

Father and daughter duo Harry and Tash, who spent $41,987 this week, are up first.

This week, Harry and Task were faced with renovating the largest front garden on The Block.

Upon entering the front garden, the judges were impressed by the facade of the house.

"It has massive street appeal. It's so elegant and calming," Darren said.

As for the rest of the facade, Shaynna thought the choice of white bricks was the right one.

However, that's pretty much where her positive comments ended.

Overall, Shaynna thought that the garden was overcrowded.

"They've got the biggest front yard out of everybody. I did expect to see more lawn," Shaynna said. "I'm surprised by how much planting is in here. That little square of grass is not enough. There's too much clutter."

Neale, on the other hand, loved what Harry and Tash did.

"There's a real sense of serenity here. It's so peaceful," he said. "It's all coming together pretty well." 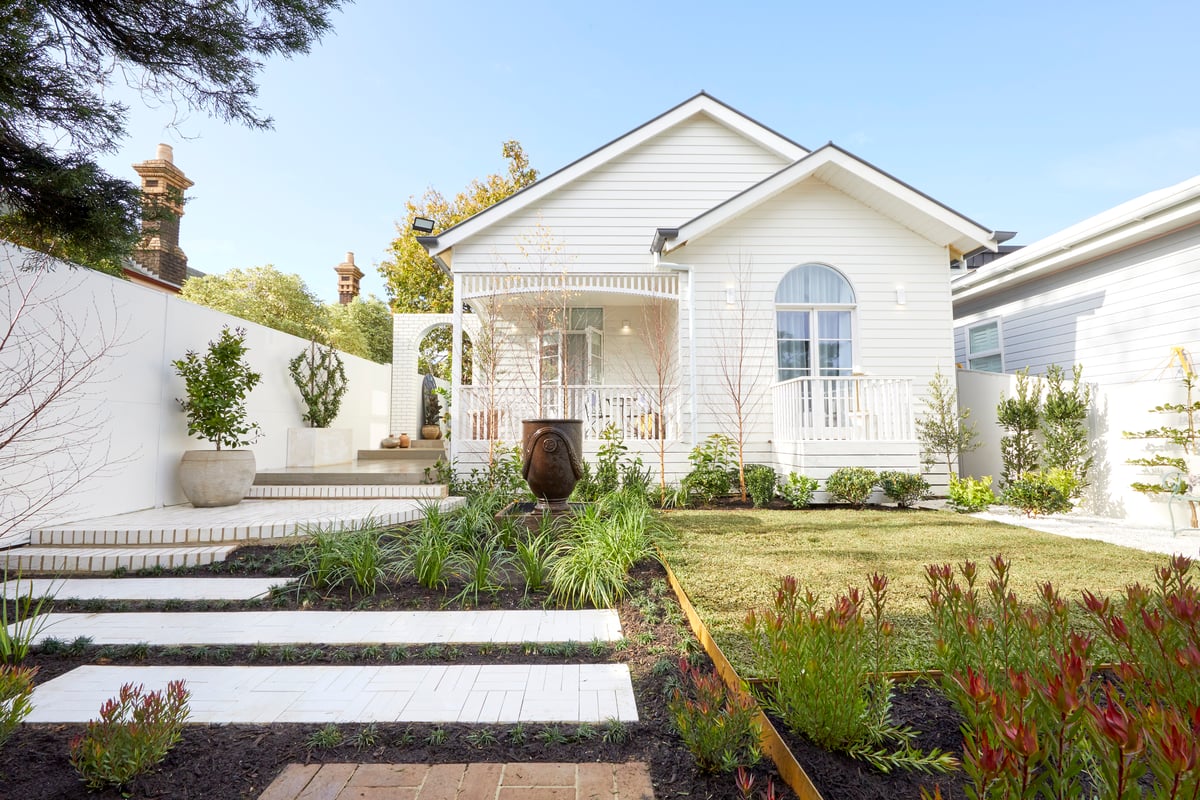 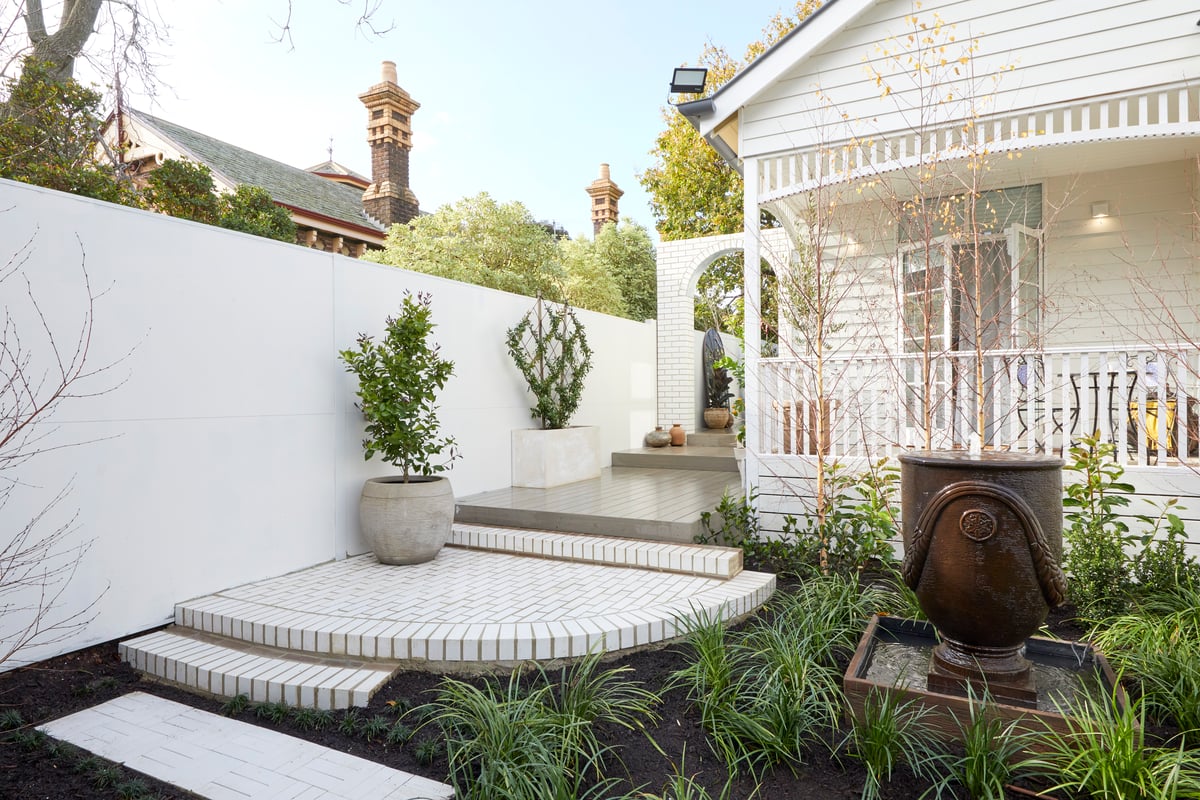 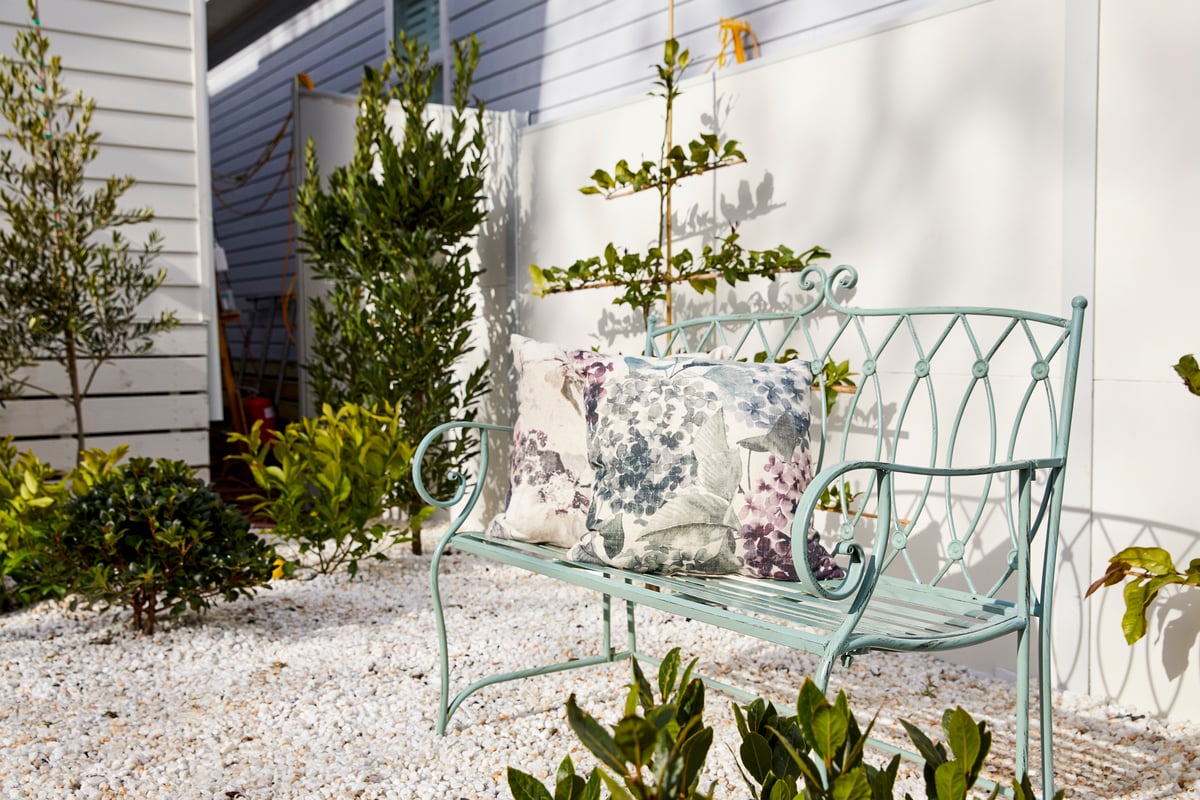 Sydneysiders Sarah and George are up next.

This week, the couple spent $40,089 on their front garden and facade.

Upon entering the garden, the judges noticed the significant differences between Harry and Tash and Sarah and George's homes.

"This garden is engaging in its simplicity," Neale said. "It couldn't be more different from next door."

As for the front facade, Shaynna loved the multi-coloured bricks used.

"It's such a beautiful focal point when you walk in," Darren added.

Shaynna was also pleased to see a lot more grass in the front garden area.

"It's not lots of different plants on top of each other. There's room to breathe. The garden isn't overwhelming the house," she said.

As for the landscaping, Darren was impressed by how much planting Sarah and George were able to accomplish in just one week. 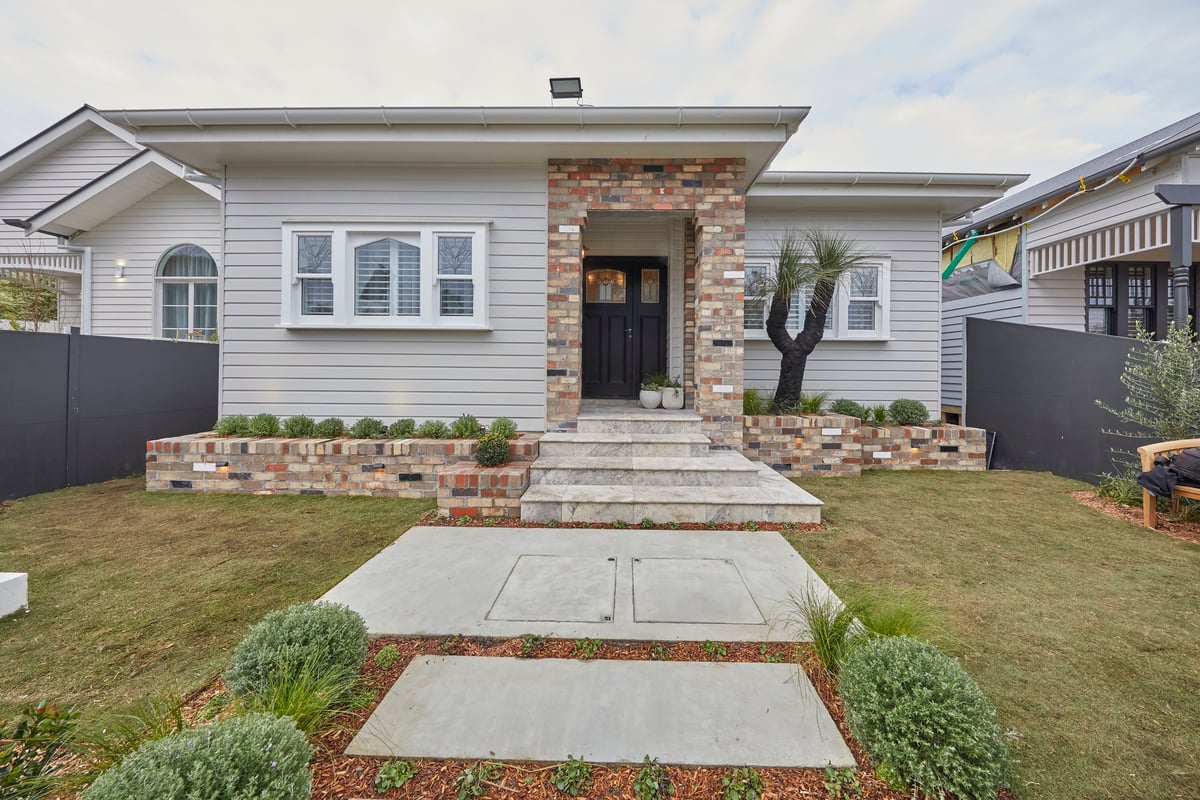 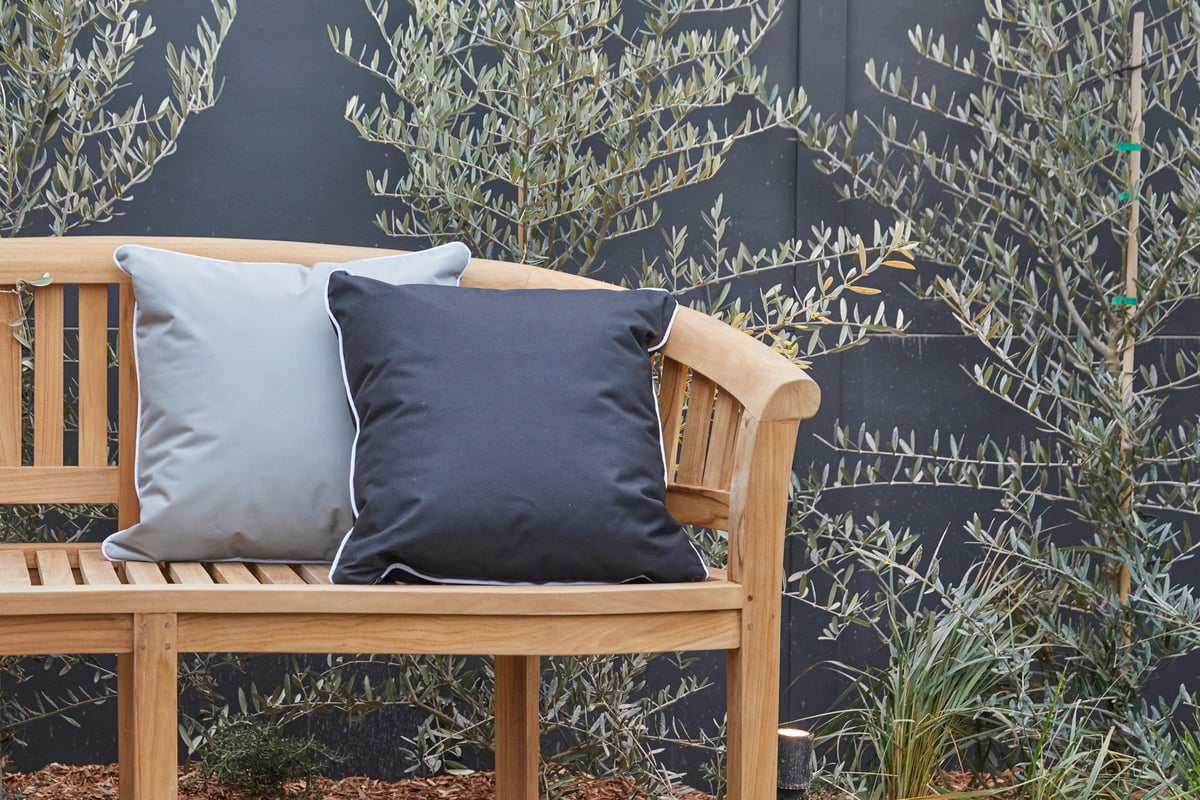 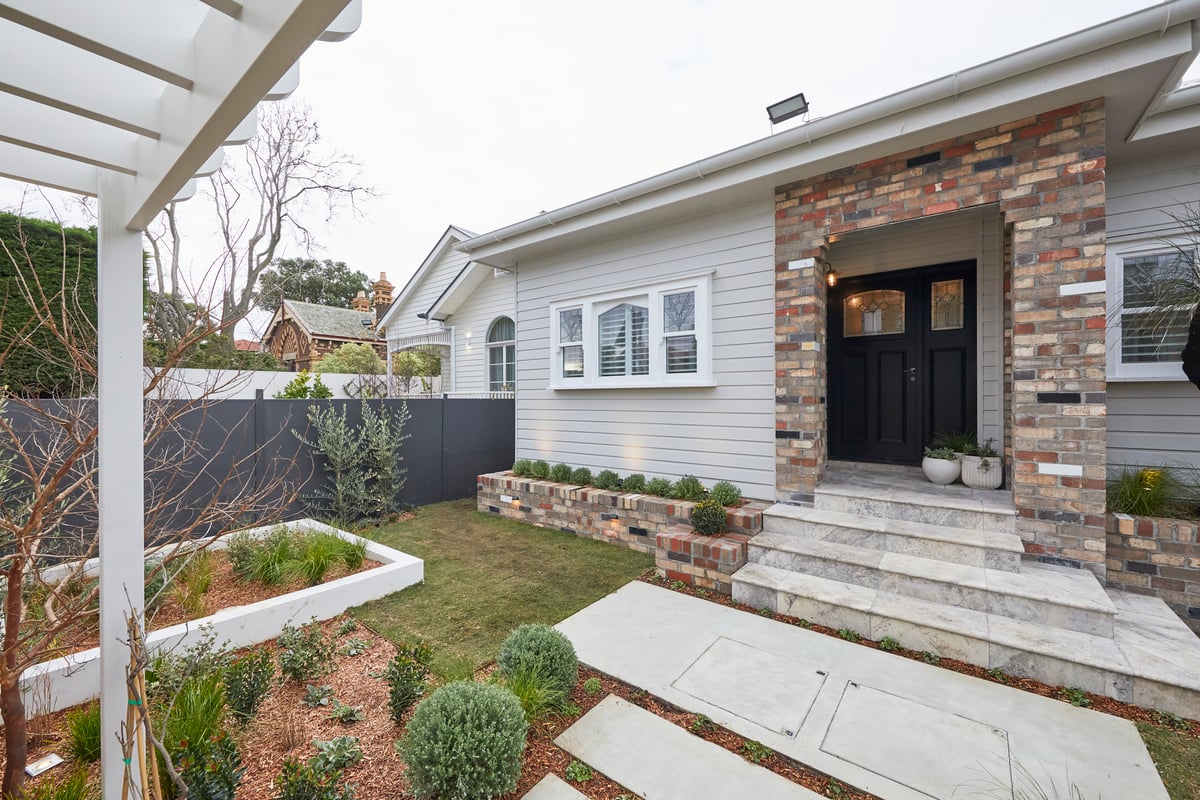 This week, Daniel and Jade spent $25,812 on their front garden and facade.

Walking into the front garden of Daniel and Jade's home, the judges were impressed by the intricate details of the facade.

"That facade is so glamorous and dramatic. I adore it," Shaynna said.

The judges also loved the lemon tree on the front porch as well as the traditional plants that Daniel and Jade chose.

However, Darren did point out some negatives in the garden, including the painting around the brickwork.

"Look at the top of the brickwork. It needs a clean. It's a bit of a mess," he said.

He also thought that the decking steps should have been dressed with some black panelling.

"It's breaking my heart, because this is perfect," Shaynna said. 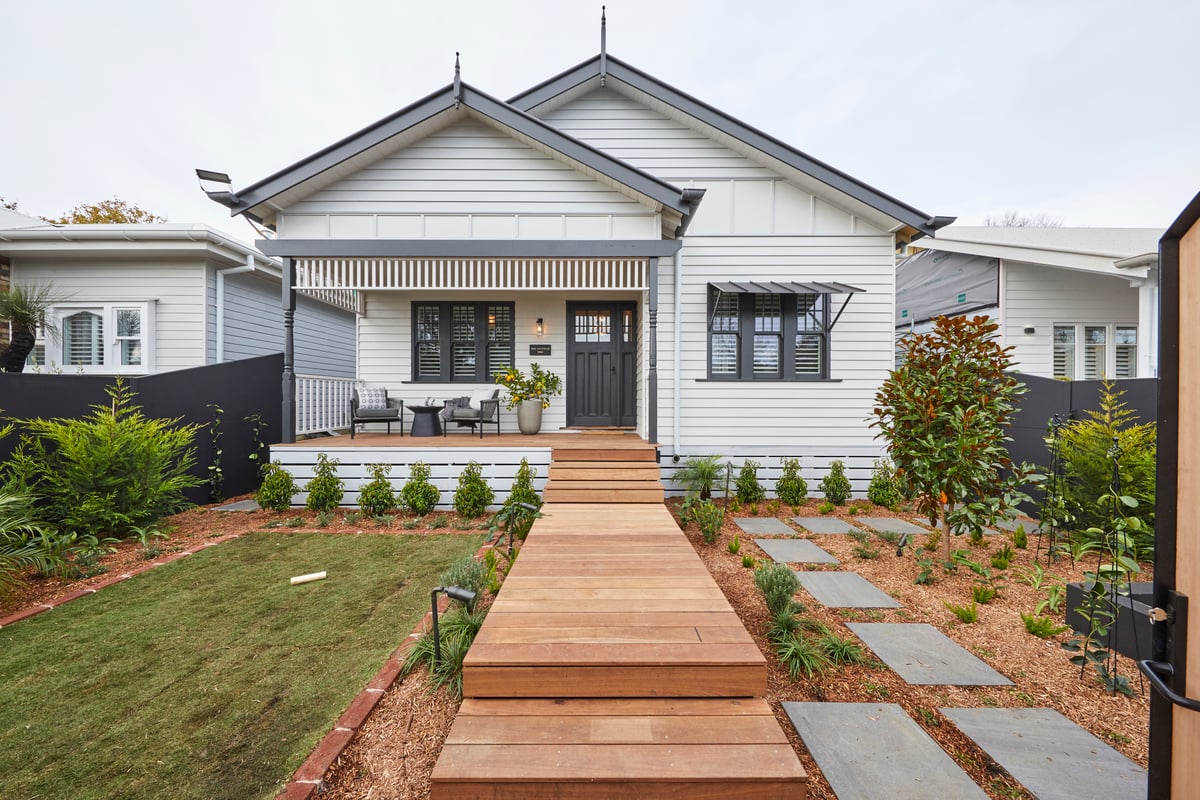 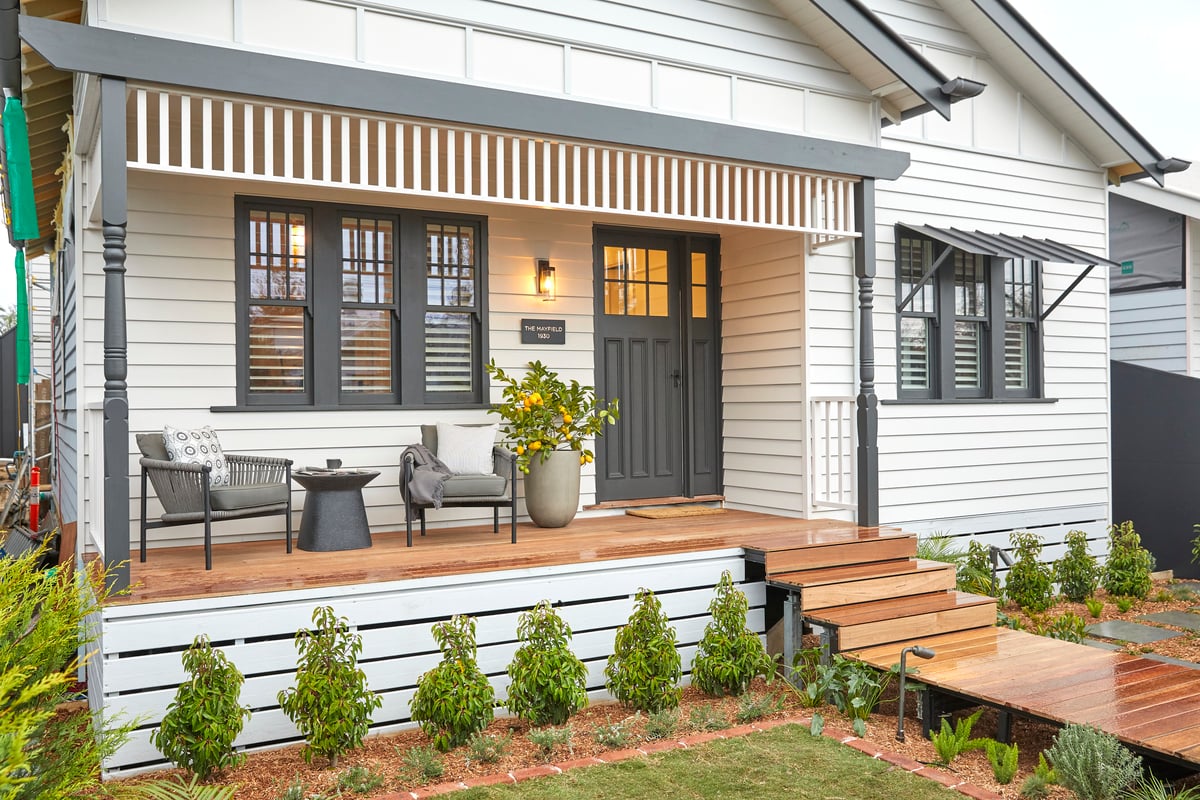 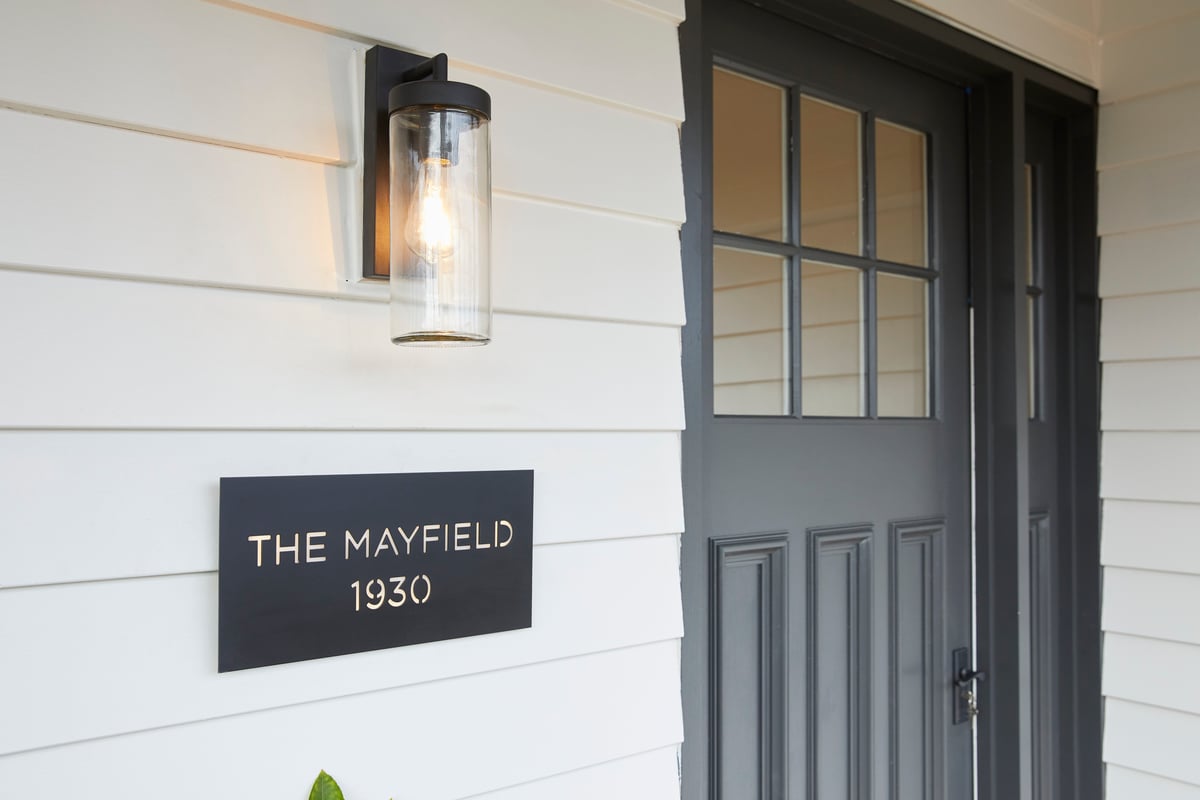 This week, the couple spent $32,366 on their front garden and facade.

Upon entering the garden, the judges loved the unique look of the front facade.

"This actually says home to me. It's gorgeous," Shaynna said.

The judges loved the modern seat to the left of the garden as well as the trees at the front of the fence which will provide greater privacy down the track.

As for the negatives, Neale wasn't a fan of Luke and Jasmin's water feature.

"It's not that nice to look at. It's a bit tired and generic," he said.

But despite a few minor issues with the paintwork, the judges were overwhelmingly impressed with the space.

"It's going to be quite a spectacular view back on the street. It's going to feel quite secluded and tranquil," Darren said.

Neale agreed. Well, for the most part.

"I just wish I wasn't sitting here looking at that water feature," he added. 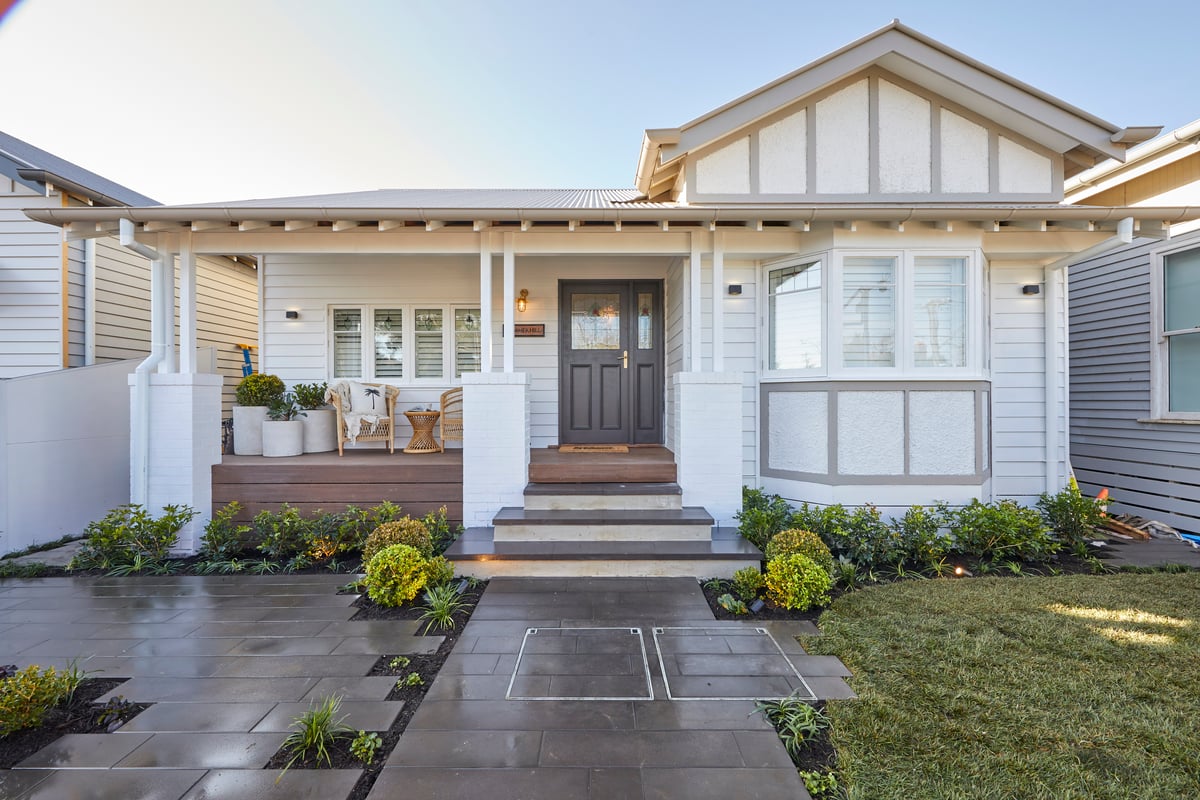 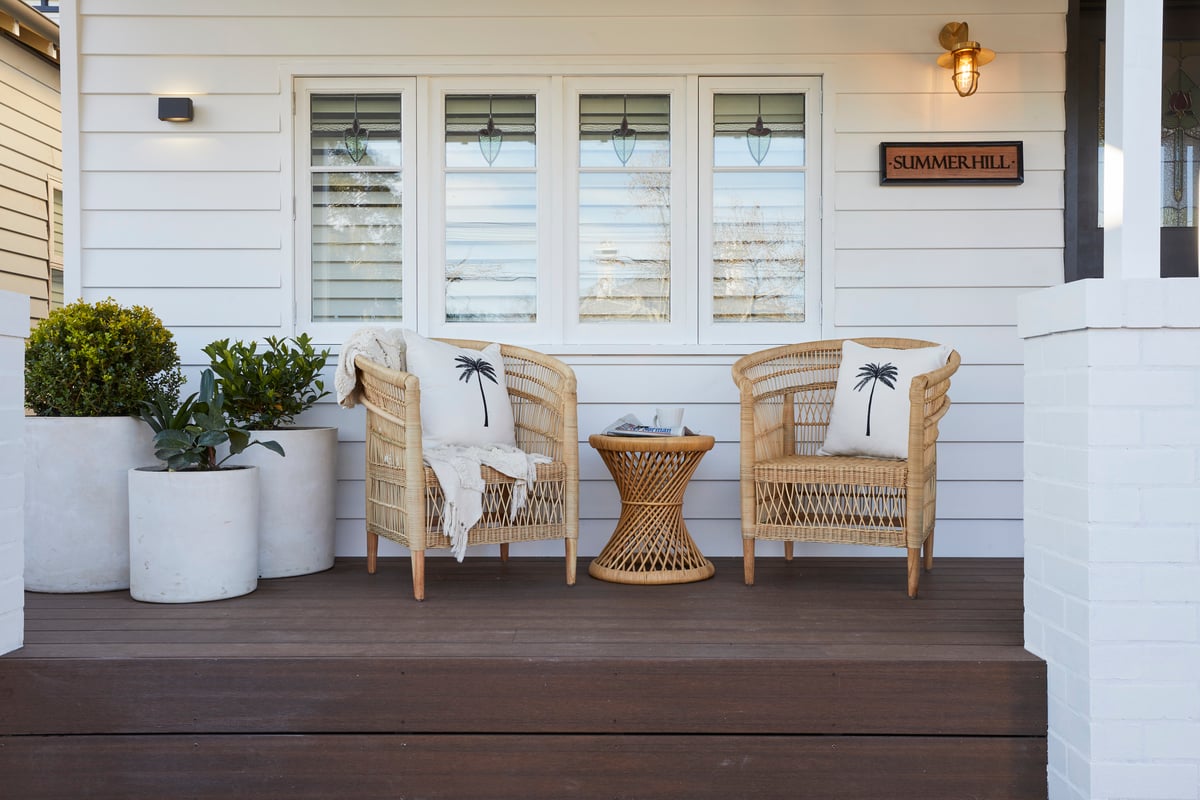 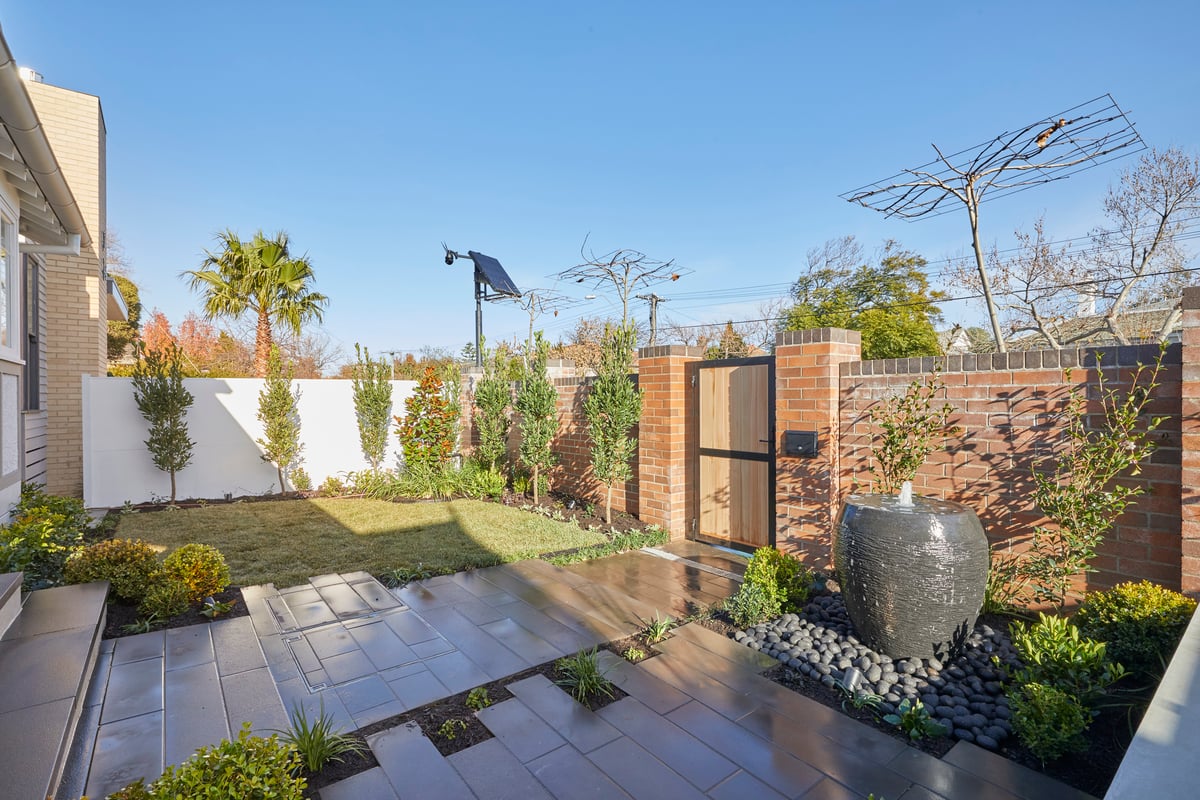 Last but not least, Jimmy and Tam's home was up next.

This week, the married couple from Brisbane spent $51,607 on their front garden and facade.

Almost immediately, the judges noticed that Jimmy and Tam's front garden had a Palm Springs feel.

"I am in love. They've nailed it," Neale added.

Shaynna also added that the unique garden will mean that the quirky interior of the house won't be a shock to any buyers.

While the judges praised the low maintenance nature of the garden, Darren thought there could have been more plants used.

But despite this, the judges loved the desert feel of the garden.

"I love the sparseness. It's very clever," Neale said.

As for the front facade, the judges loved the colour of the front door, as well as the cosy balcony. 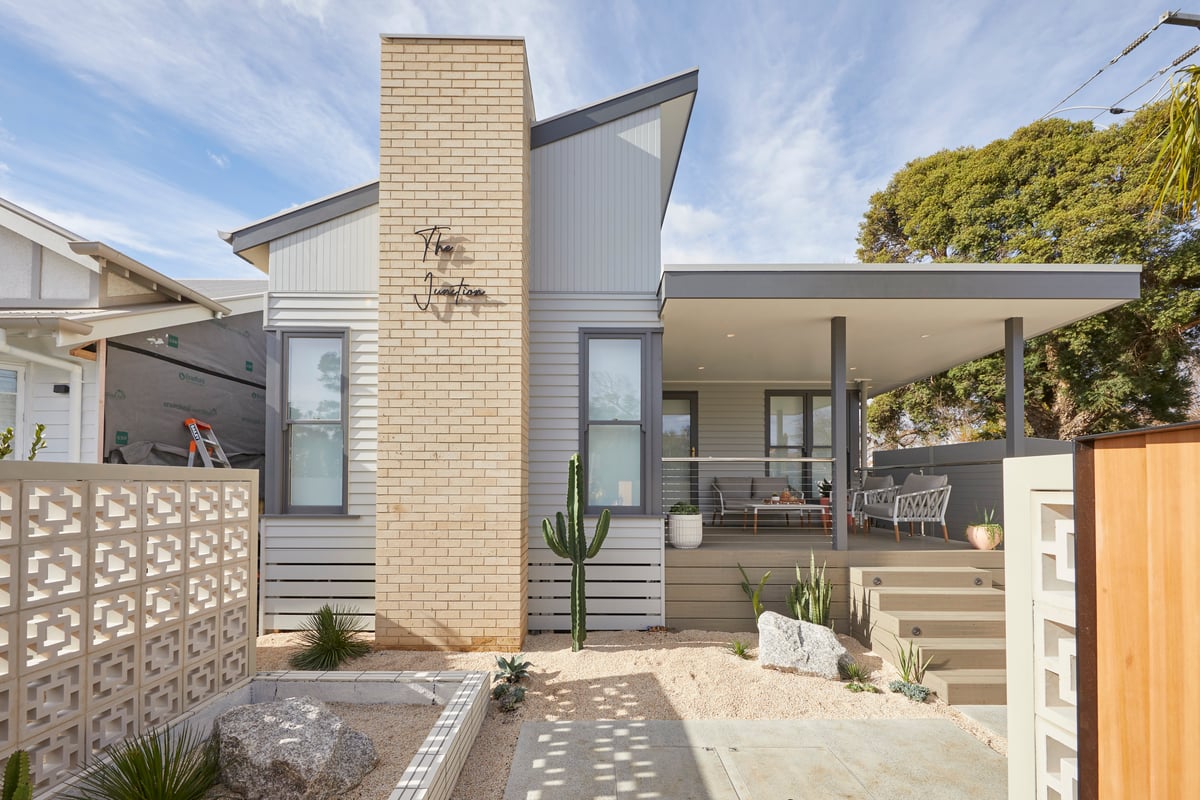 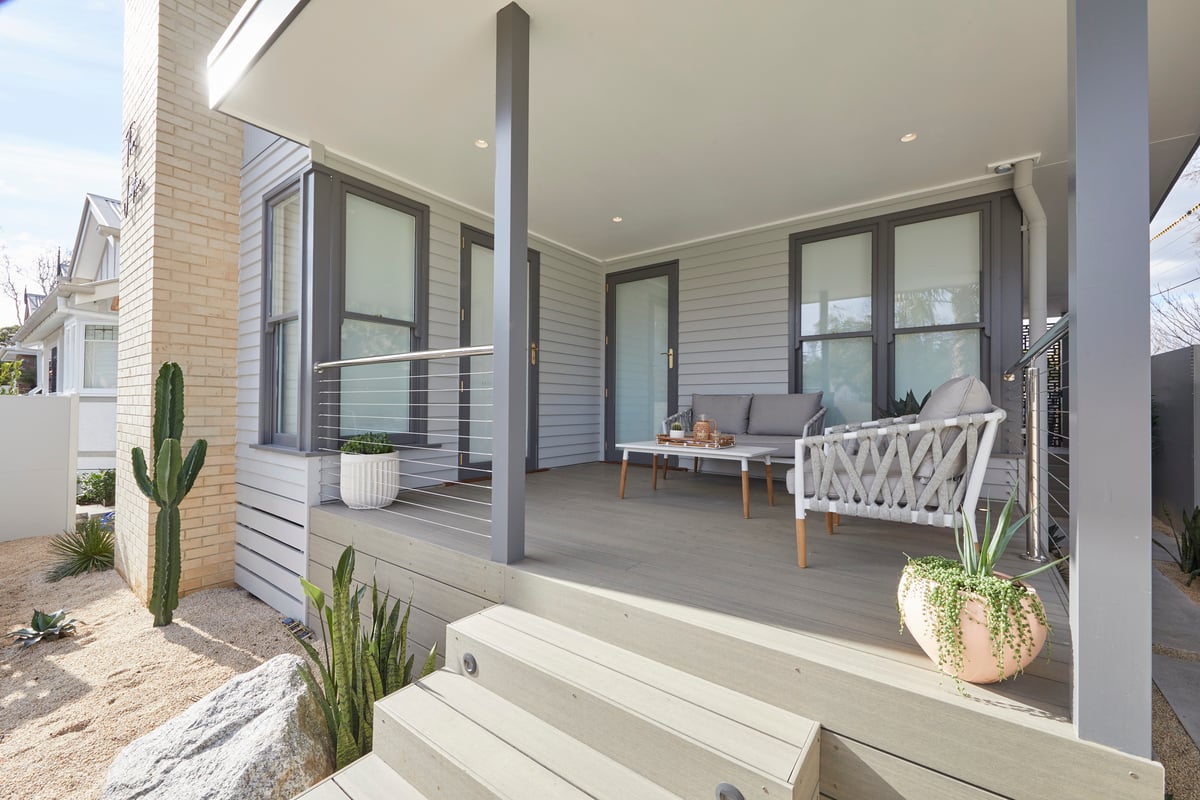 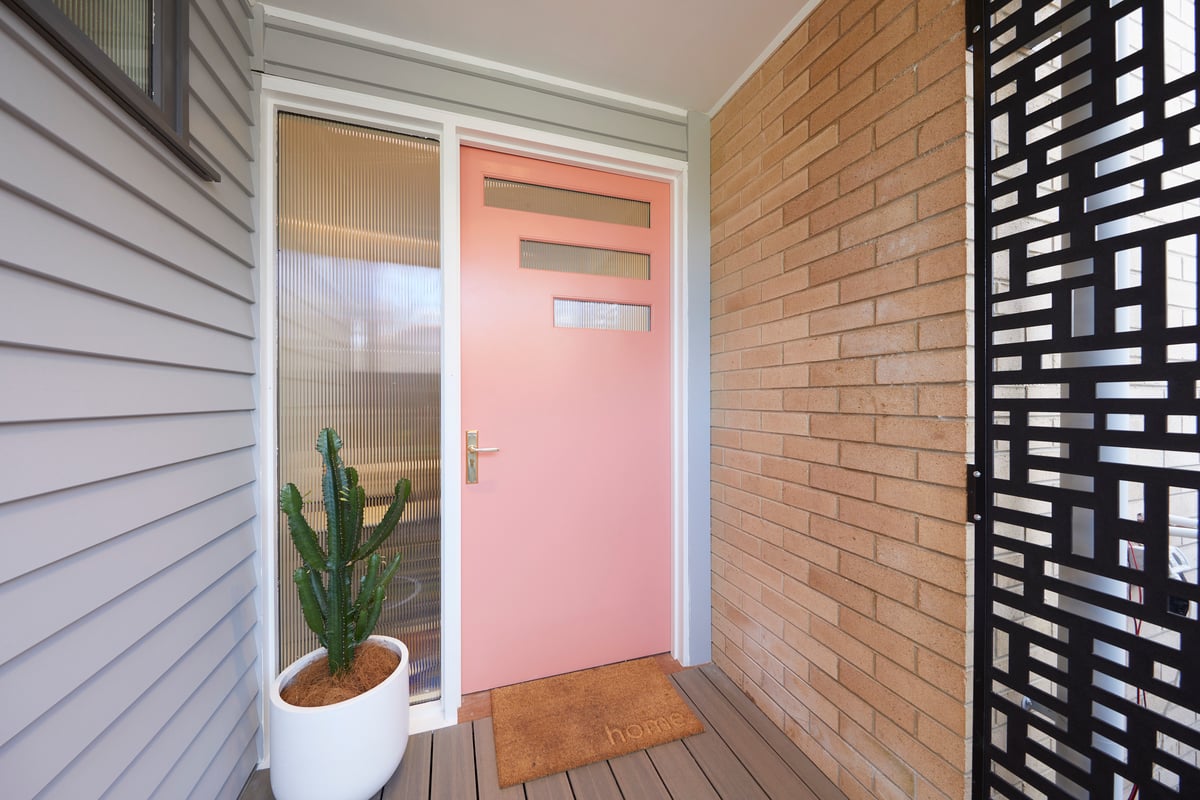 The judges' scores are tallied, and it's a tie between Jimmy and Tam and Sarah and George.

Next week, the teams will work on their studio and garage.

Want to find out more about the products used in The Block front garden and facade? Check out The Block Shop here.

Reply
Upvote
Harry and TASH, your garden was divine, and a total winner. You were ROBBED 💖
C
castledine62 2 years ago