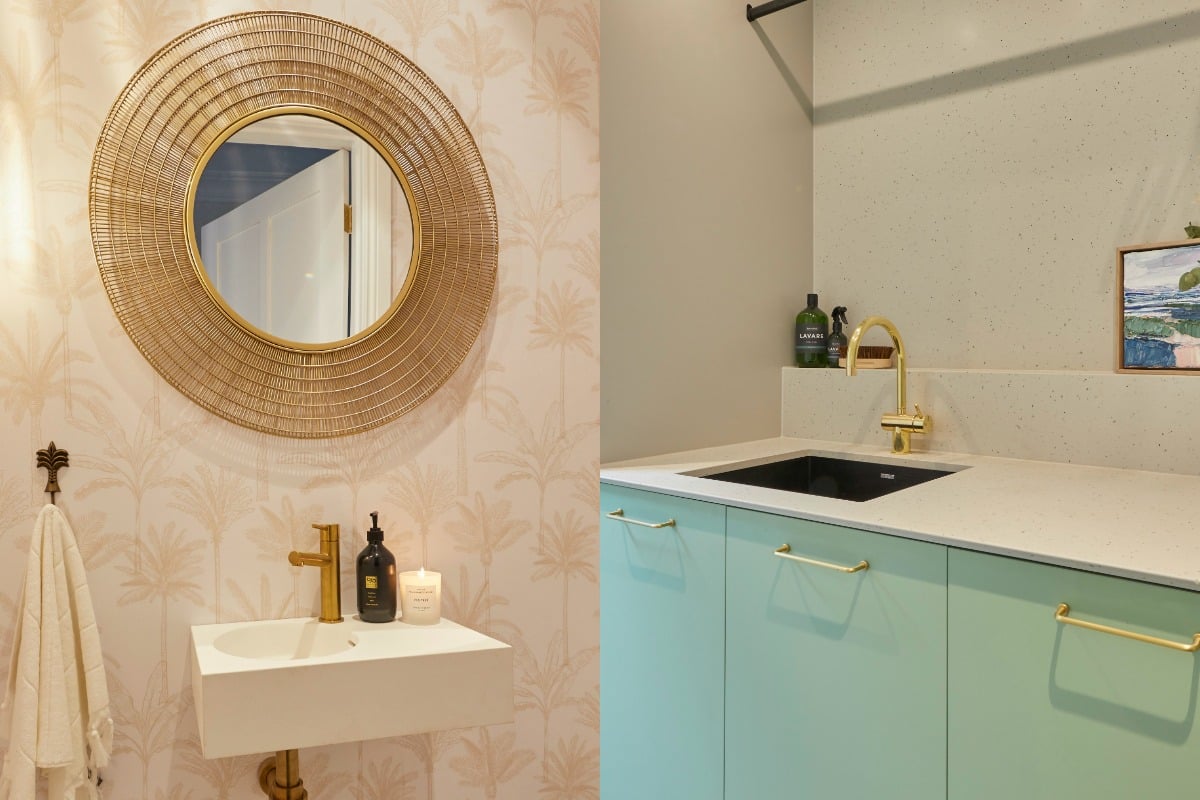 This week on The Block, the five couples finished their house interior, working on their hallways, laundry, and more.

Described as 'Hell Week' due to the immense level of work required, the five teams were joined by The Block's 2019 All Stars teams to complete their rooms this week.

But despite the extra help, the couples still faced a lot of drama in finishing their homes.

Thankfully, all five teams completed their rooms meaning the inside of the houses are now entirely completed.

Here are all the photos from The Block's hallway and laundry reveal:

Father and daughter duo Harry and Tash, who spent $48,470 this week, are up first.

This week, the pair delivered their hallways, storage space, and laundry.

Thanks to the dramatic height of the ceilings in House One, Harry and Tash also incorporated 24 skylights throughout their home this week.

Upon entering the foyer, the judges loved the artwork as well as the facial recognition technology that the pair had installed.

However, the judges noticed that the paintwork wasn't exactly up to scratch in the foyer.

Although Darren and Shaynna loved the chandelier in the hallway, Neale was underwhelmed by some of Harry and Tash's design choices, including their hallway runner, pendant light and artwork.

As for the laundry, Shaynna was disappointed by the lack of storage space, as there wasn't ample room for taller items, such as the ironing board.

Neale also added that he expected much more from the father and daughter duo this week.

"While I accept that this house ticks so many boxes in terms of natural drama, it's not enough for me today," he said. 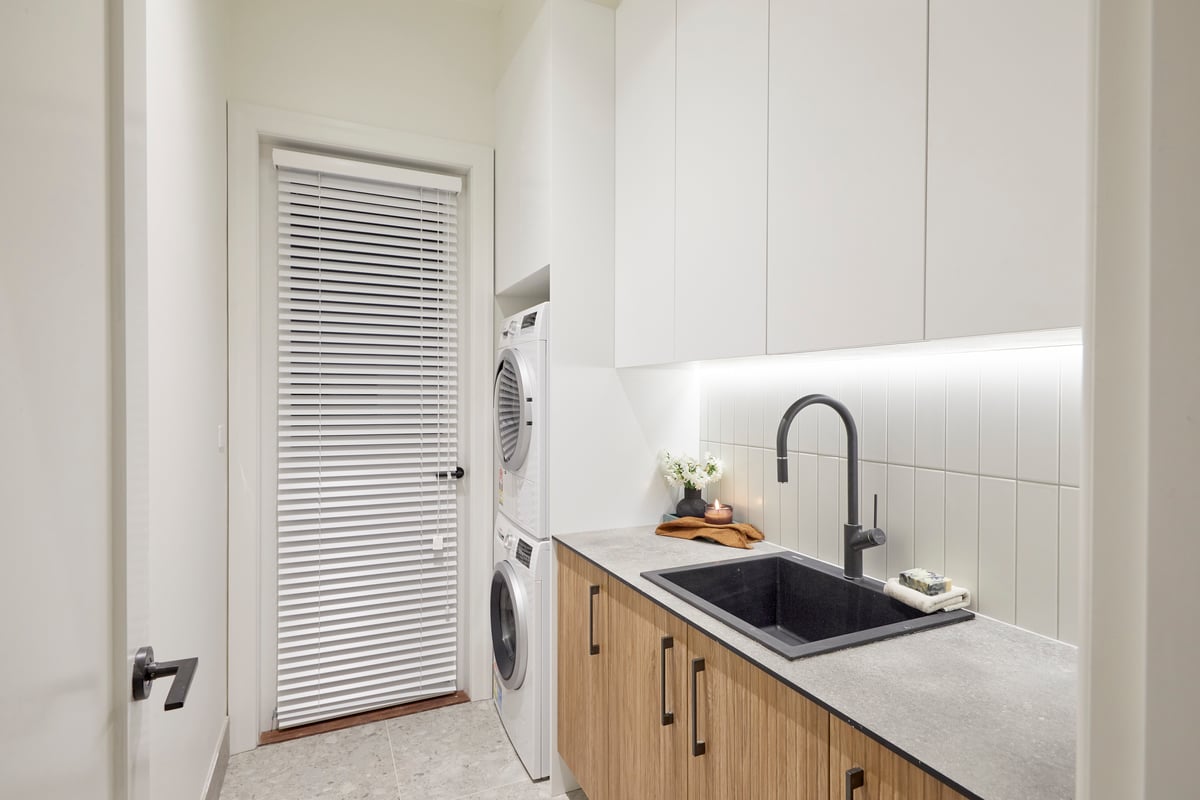 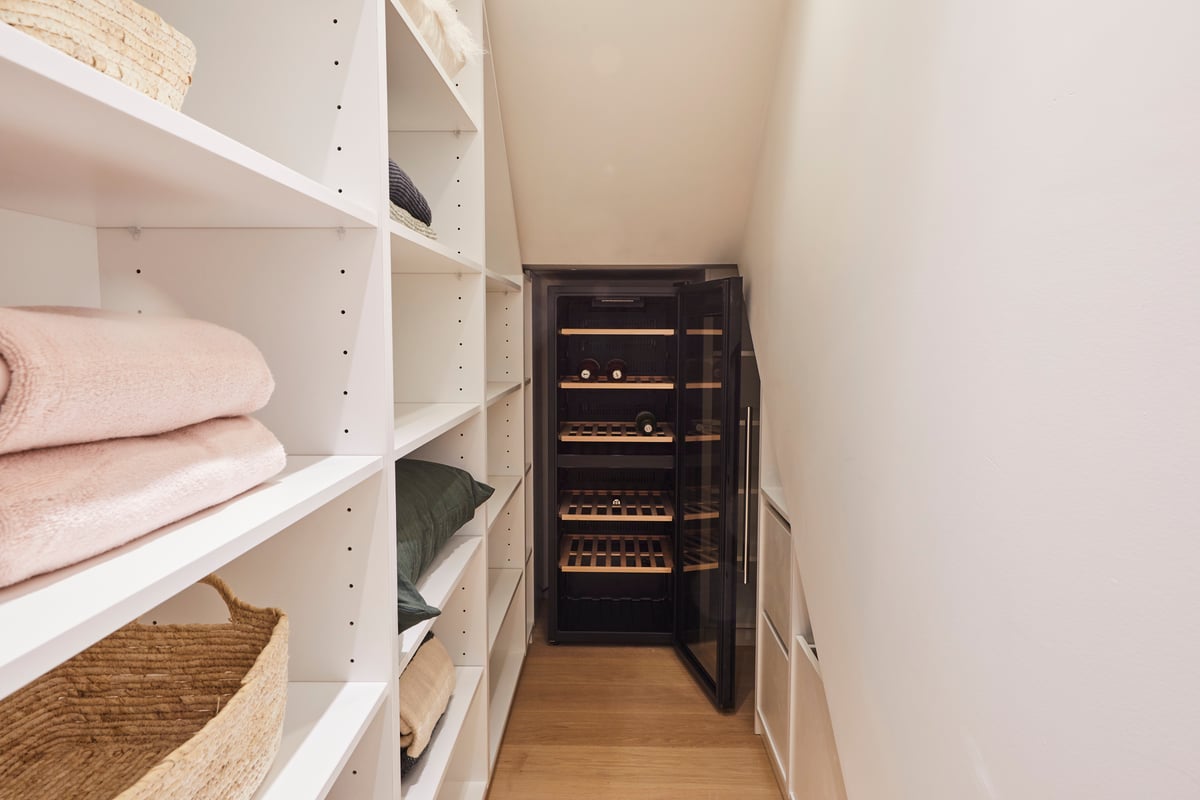 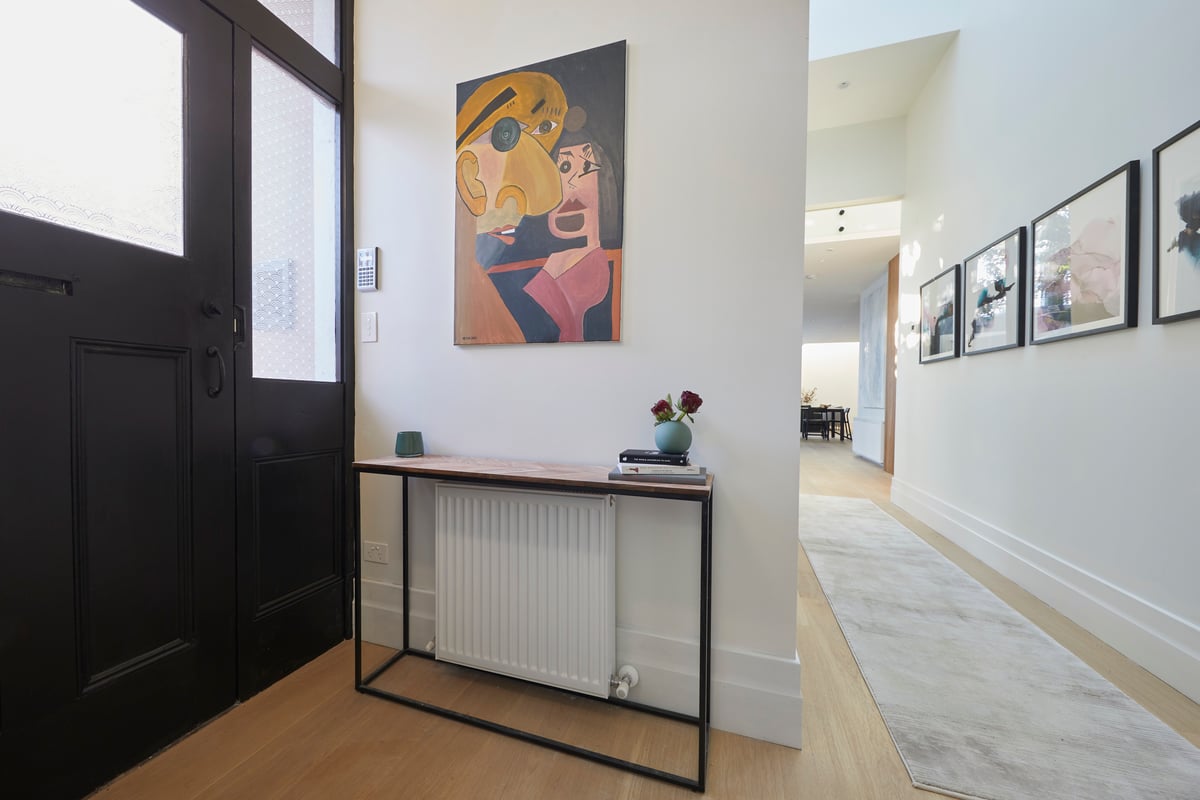 This week, Sarah and George delivered a hallway, laundry, mudroom, and powder room, which cost the Sydneysiders $42,635.

When the judges entered the home, they were impressed with the colour, detailing and art in the front hallway.

"They had me at the vintage posters," Neale added.

The judges also loved the powder room, which provided a sense of escapism, as well as the handy Harry Potter-esque storage room under the stairs.

However, they felt that the rooms didn't all connect.

"Standing here now, I can't believe I'm actually in the same house where I was just looking at that powder room," Neale said.

Thankfully, the judges also loved their combined mudroom and laundry, which included a built in dog bed (and a real-life dog). 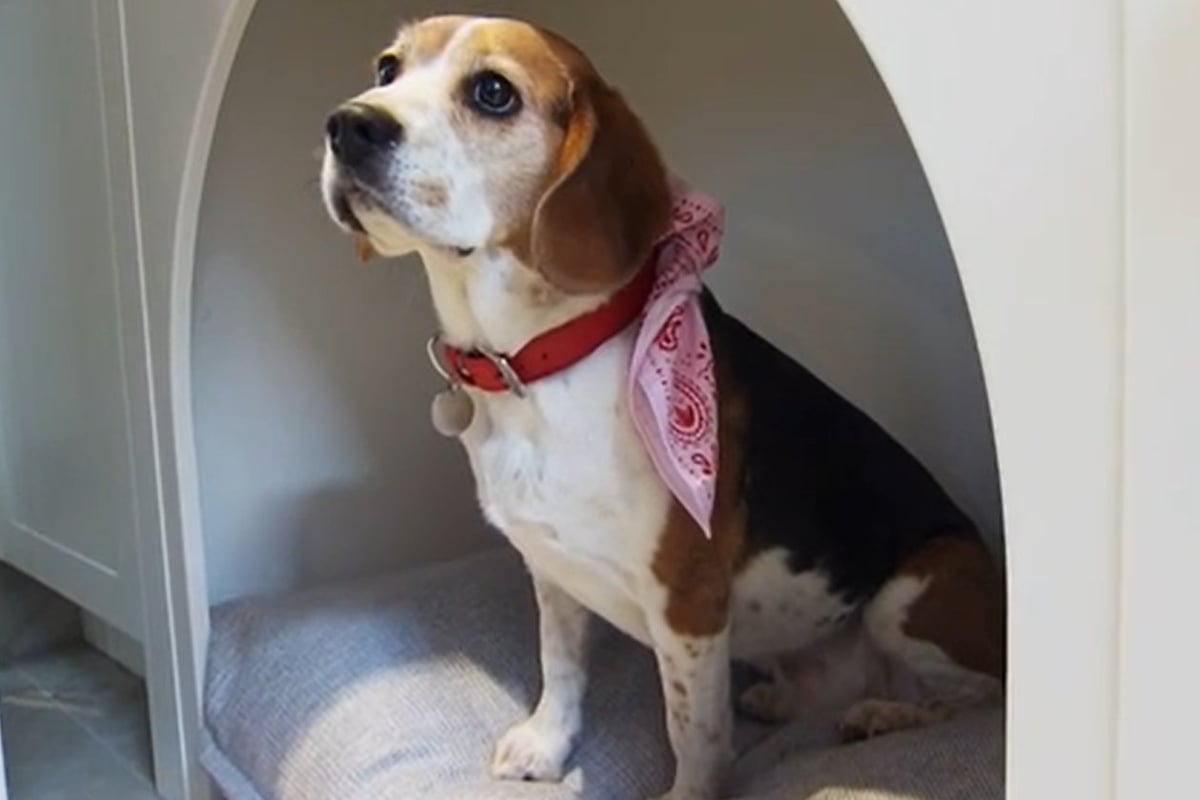 Yes, there was a real-life dog. 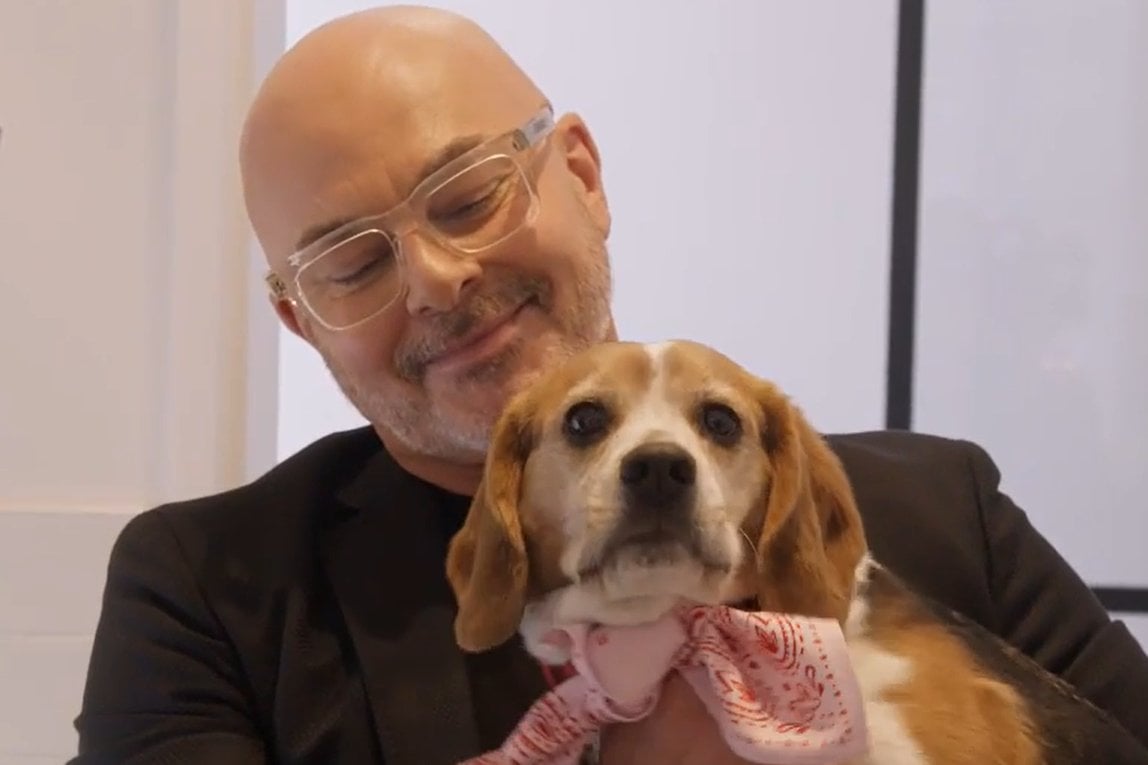 THIS IS WORTH EXTRA POINTS, RIGHT?

However, overall, they felt that there was a real disconnect with all the spaces in the house. 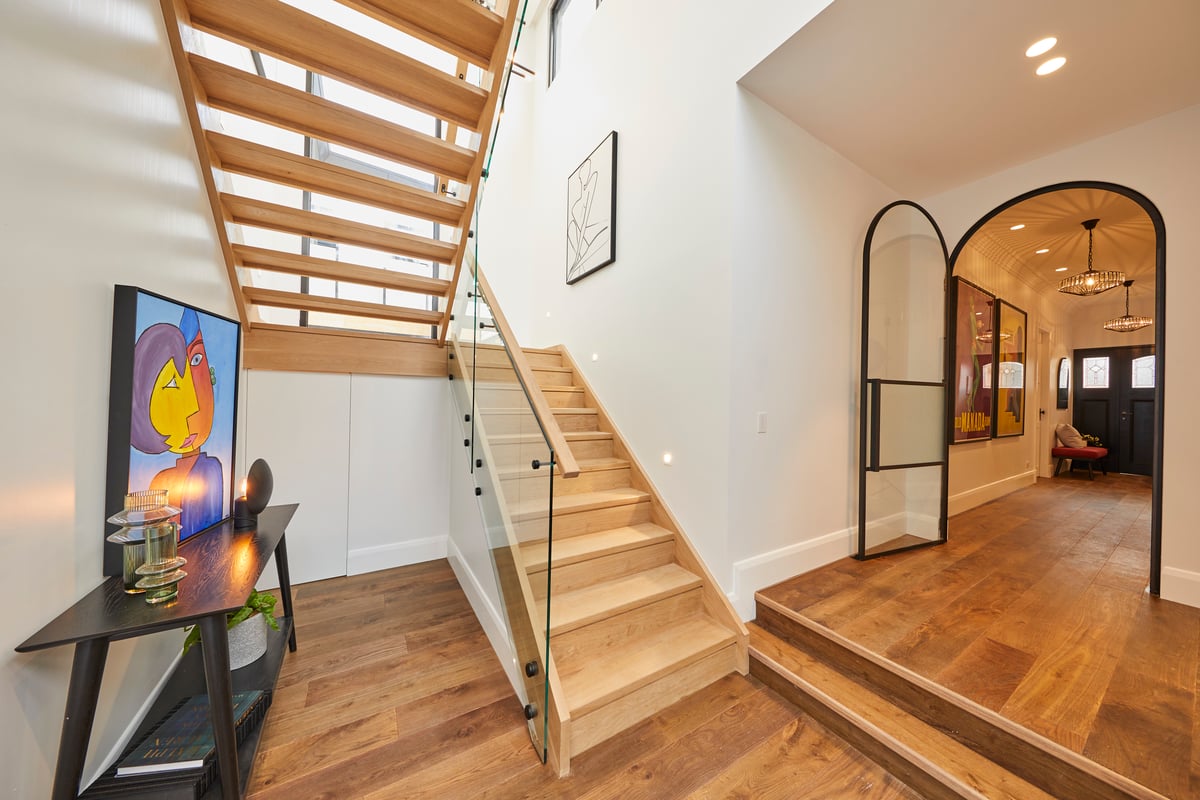 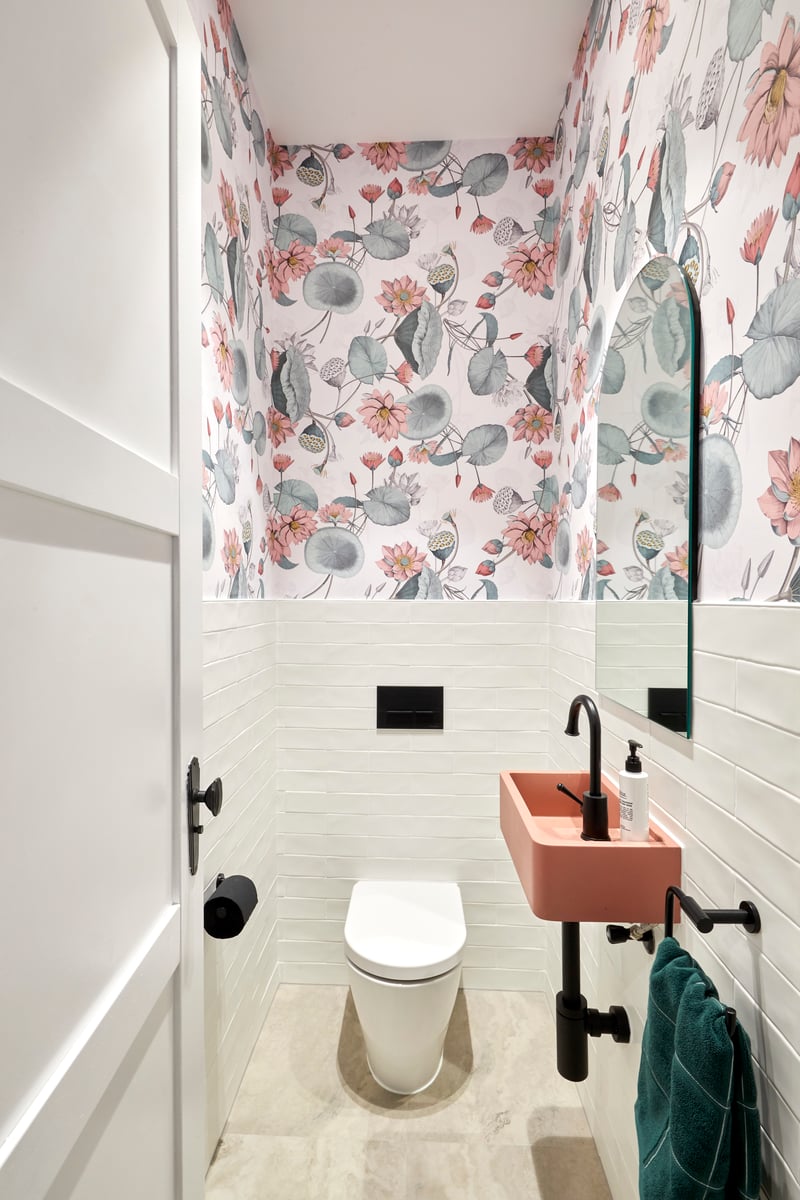 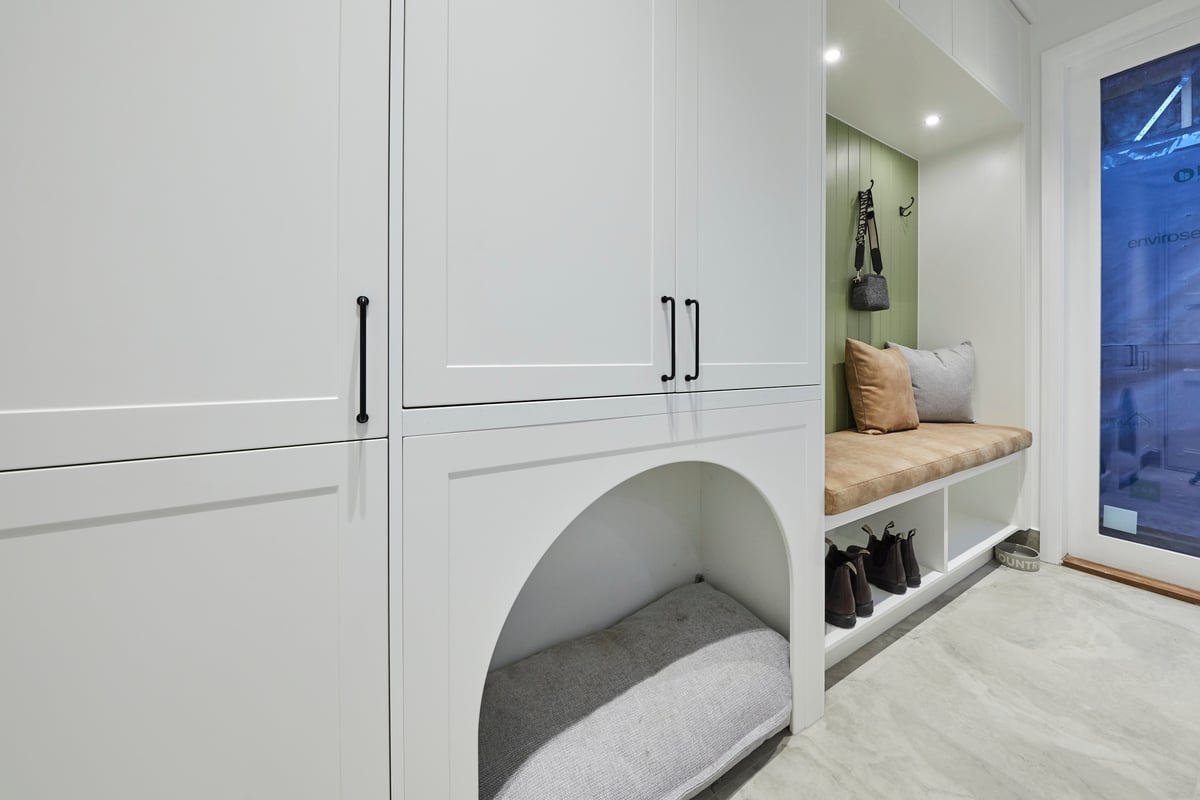 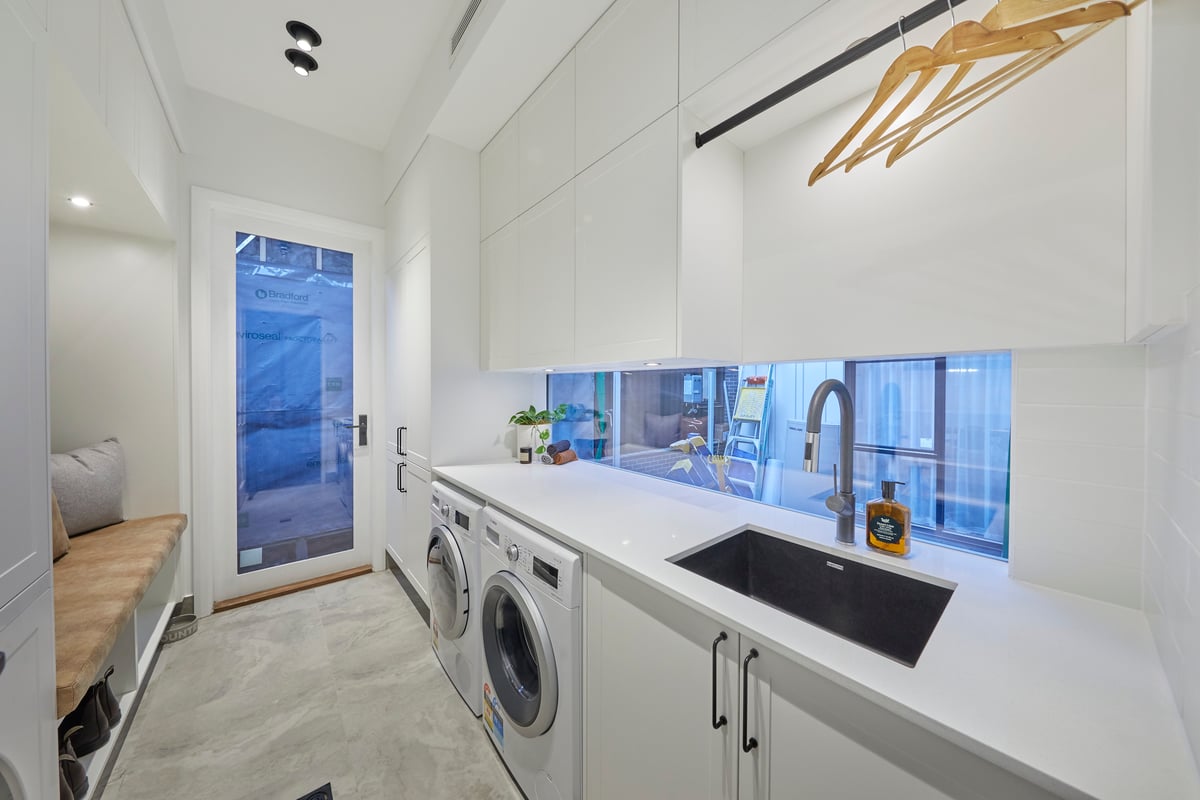 This week, Daniel and Jade delivered their laundry room and hallway, which they spent $35,961 on.

For their front hallway, the couple stuck with a simple, cream colour palette.

While Darren loved the elegance and simplicity of the hallway, Shaynna thought that the front entrance was a "bit vanilla".

"I would have loved to see some colour. It's a bit bland," Neale added.

Darren disagreed, adding: "The elegance of that simple palette is why it works for me."

As for the wallpaper further down the hall, Shaynna felt that it didn't suit the space.

Neale, on the other hand, was feeling frustrated by Daniel and Jade's design choices overall.

"It feels ordinary. Don't drop the ball at the last minute. Sell me this beautiful house. This isn't doing it," Neale said.

Despite that, Neale loved the couple's powder room as well as the size of their laundry. 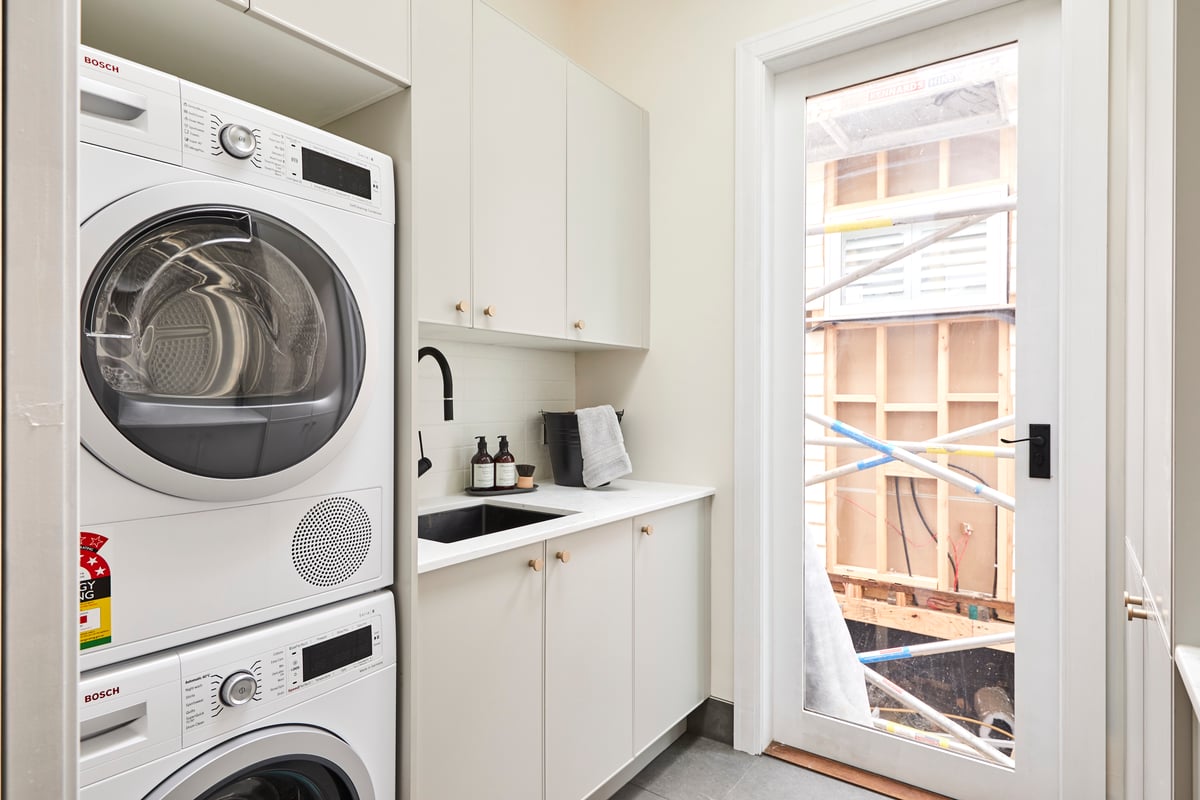 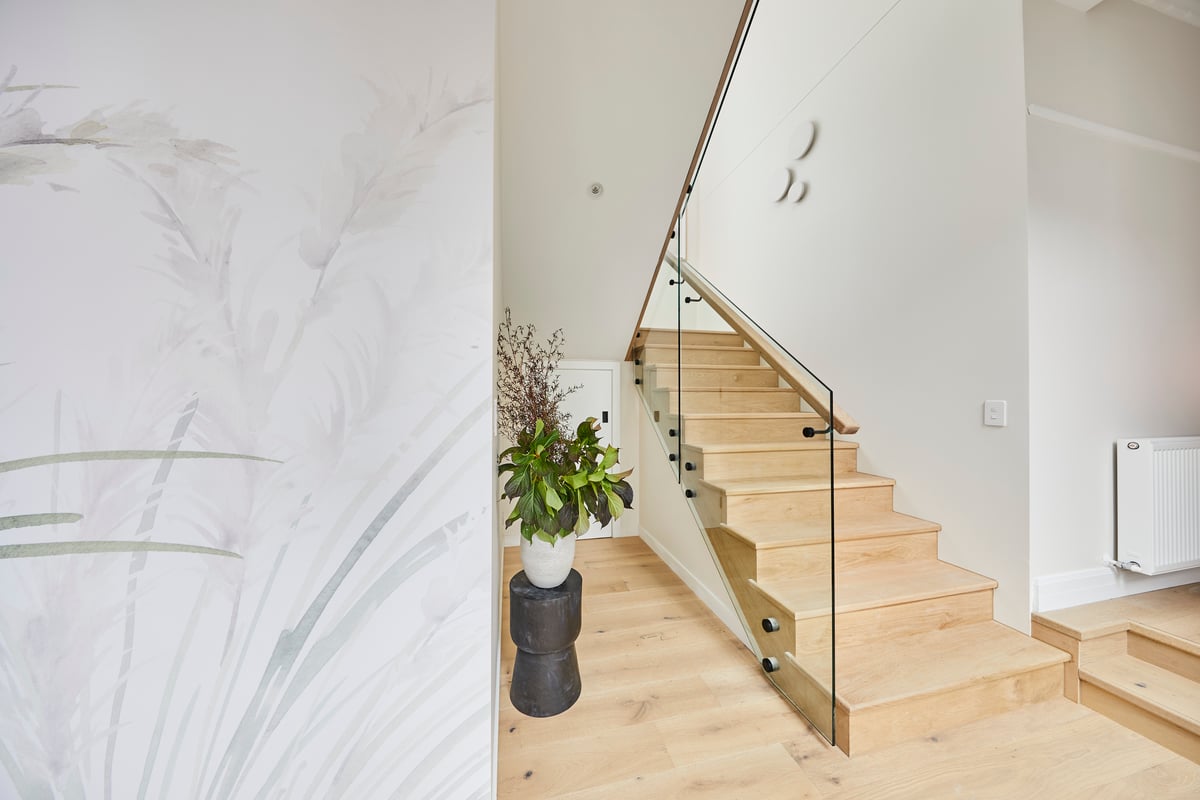 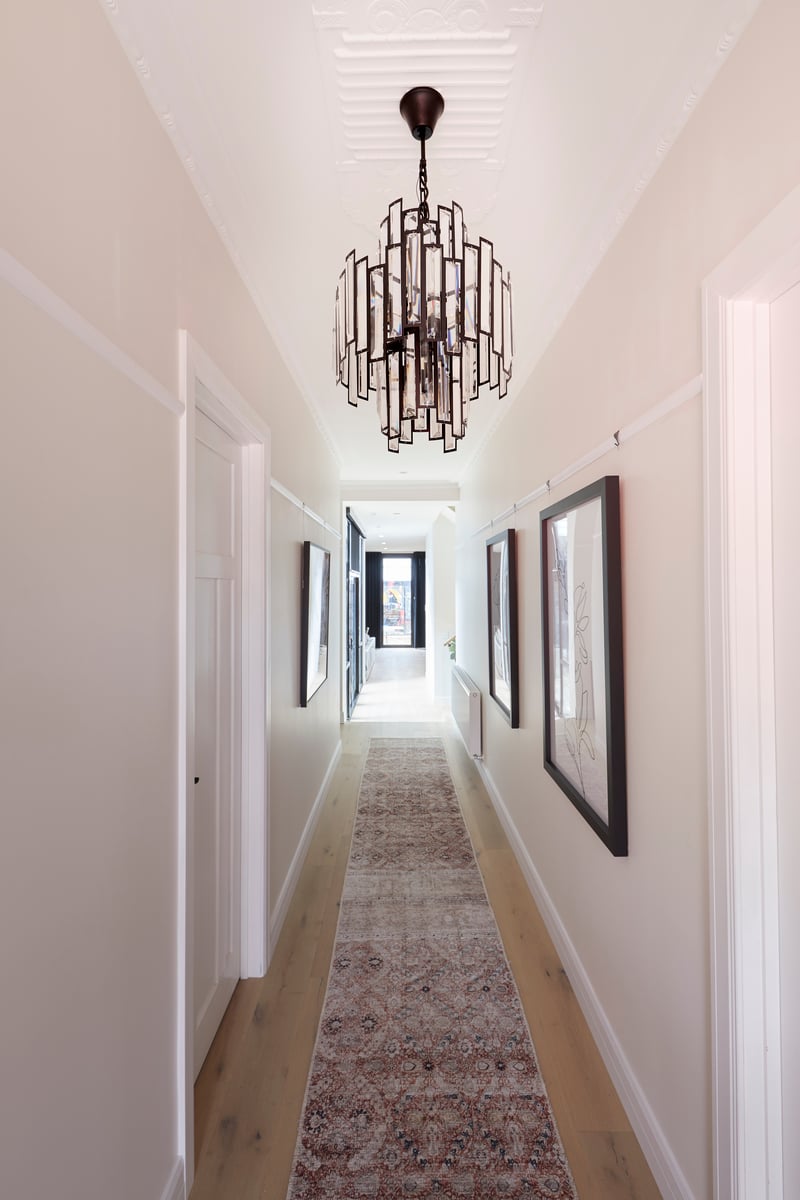 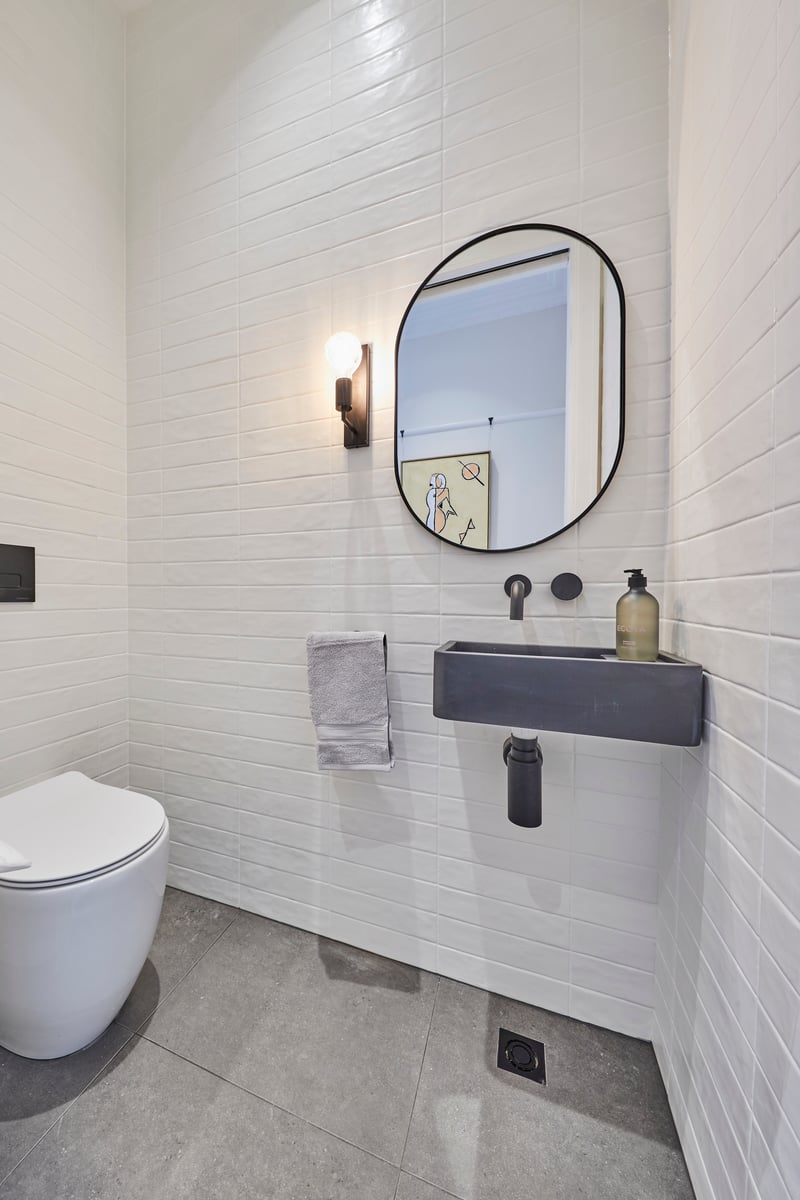 This week, the couple spent $44,714 on their hallway, powder room and laundry.

Upon entering the couple's home, the judges were impressed with the whole feeling of the front hallway.

"This is everything that I loved next door but with even more finesse," Darren said.

The judges also loved the couple's powder room, including the wallpaper and the Darren Palmer hand soap.

As for the laundry, the judges felt that the space was huge.

"I don't think they could have done anything better," Darren said.

"It's the most quintessentially Brighton, modern family home of all five."

They judges were also impressed with the staircase, as well as the secret storage space underneath. 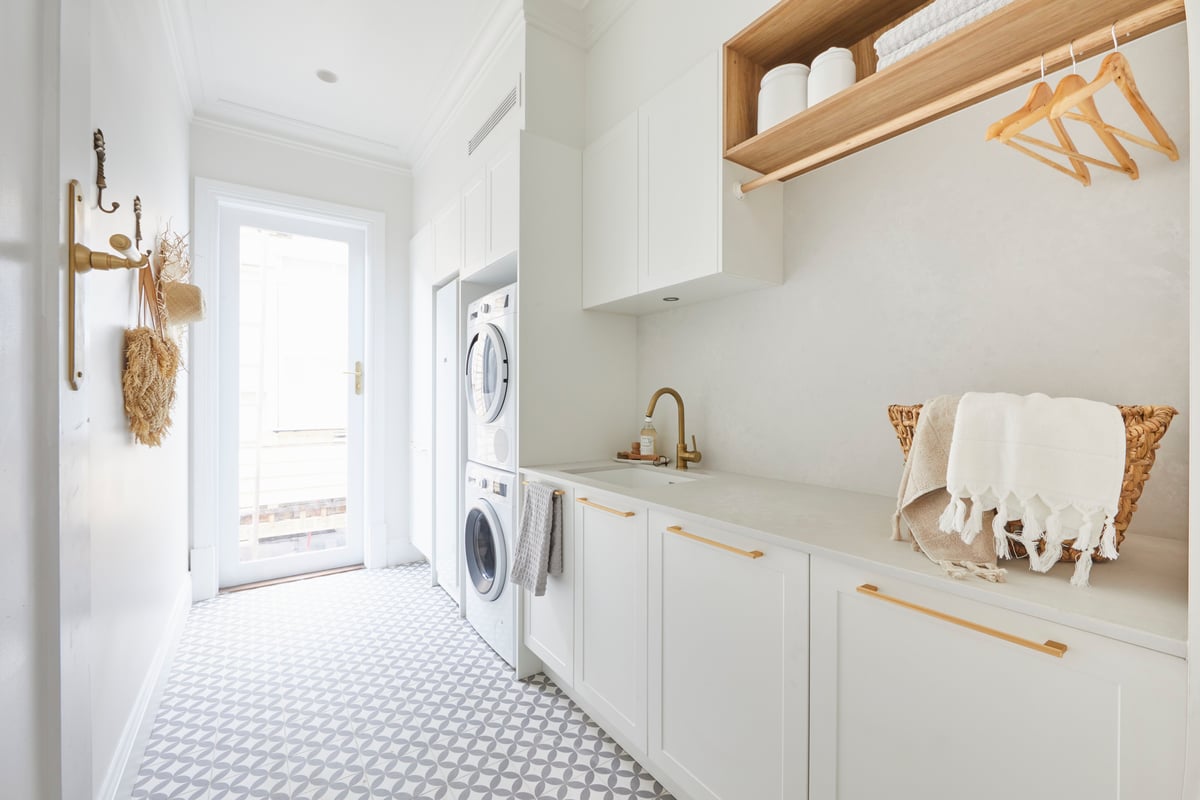 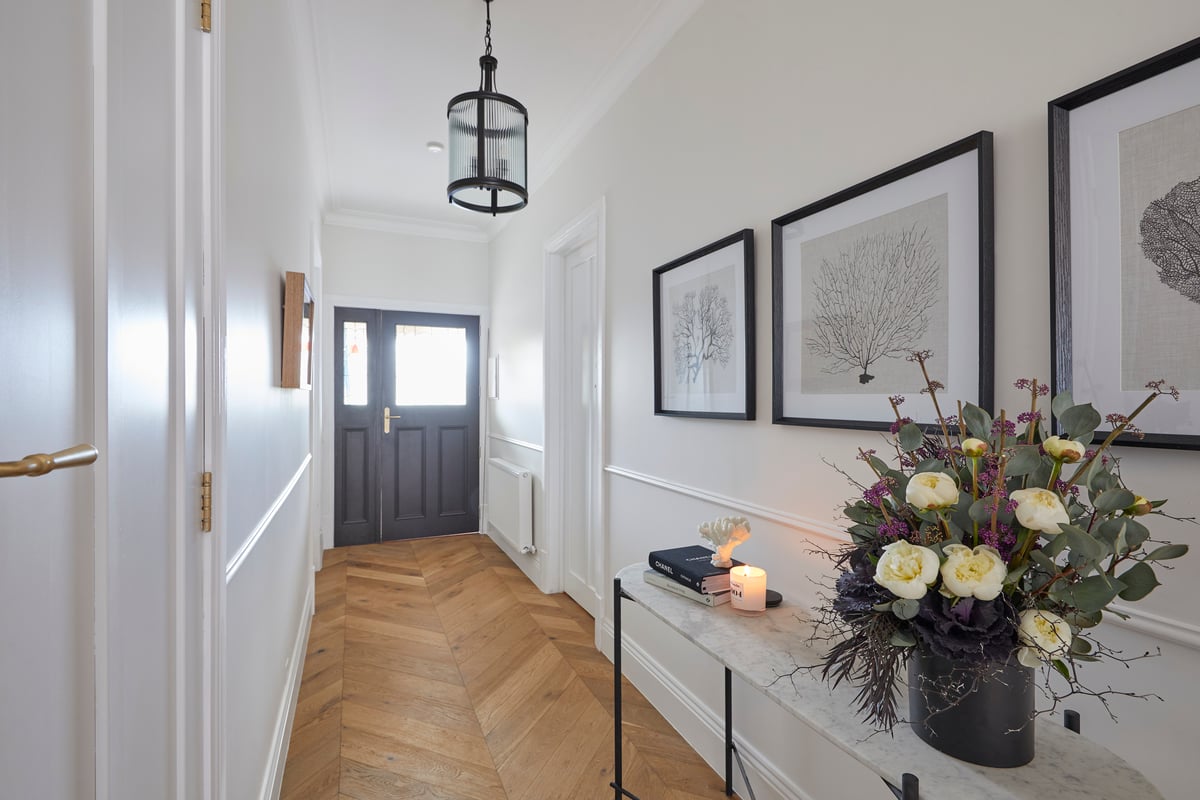 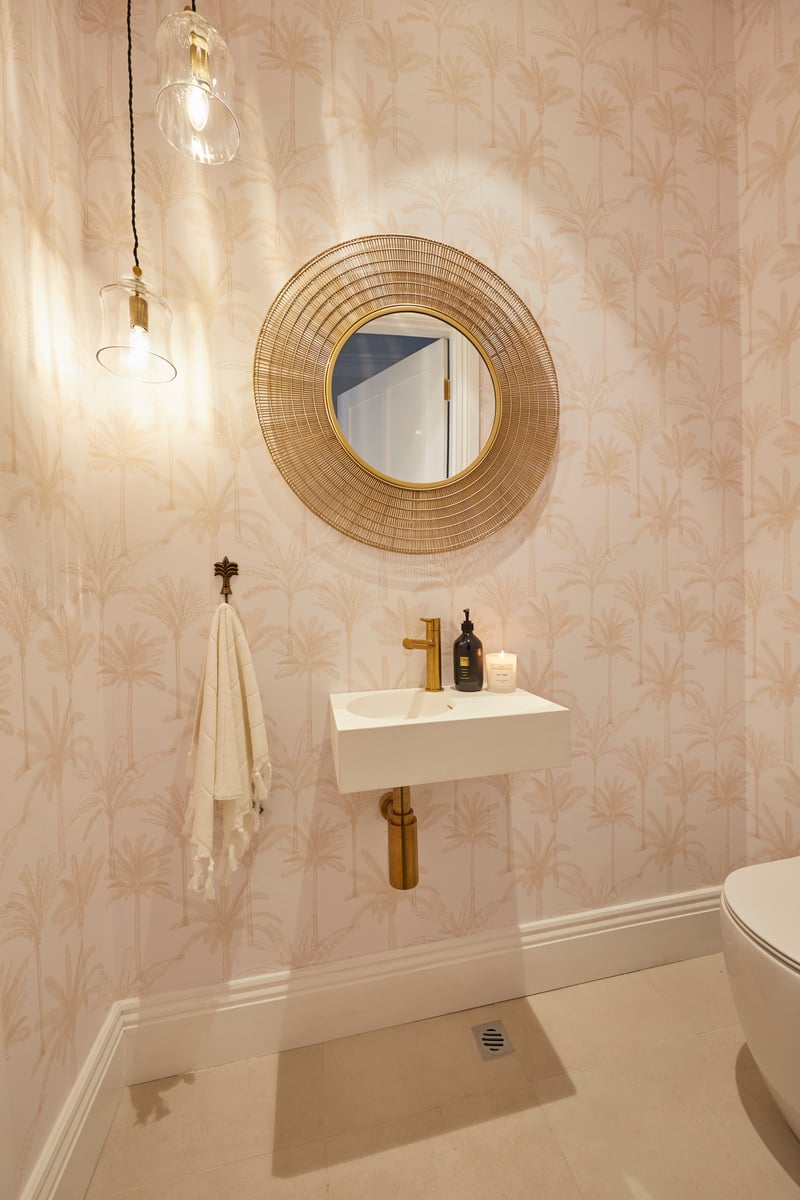 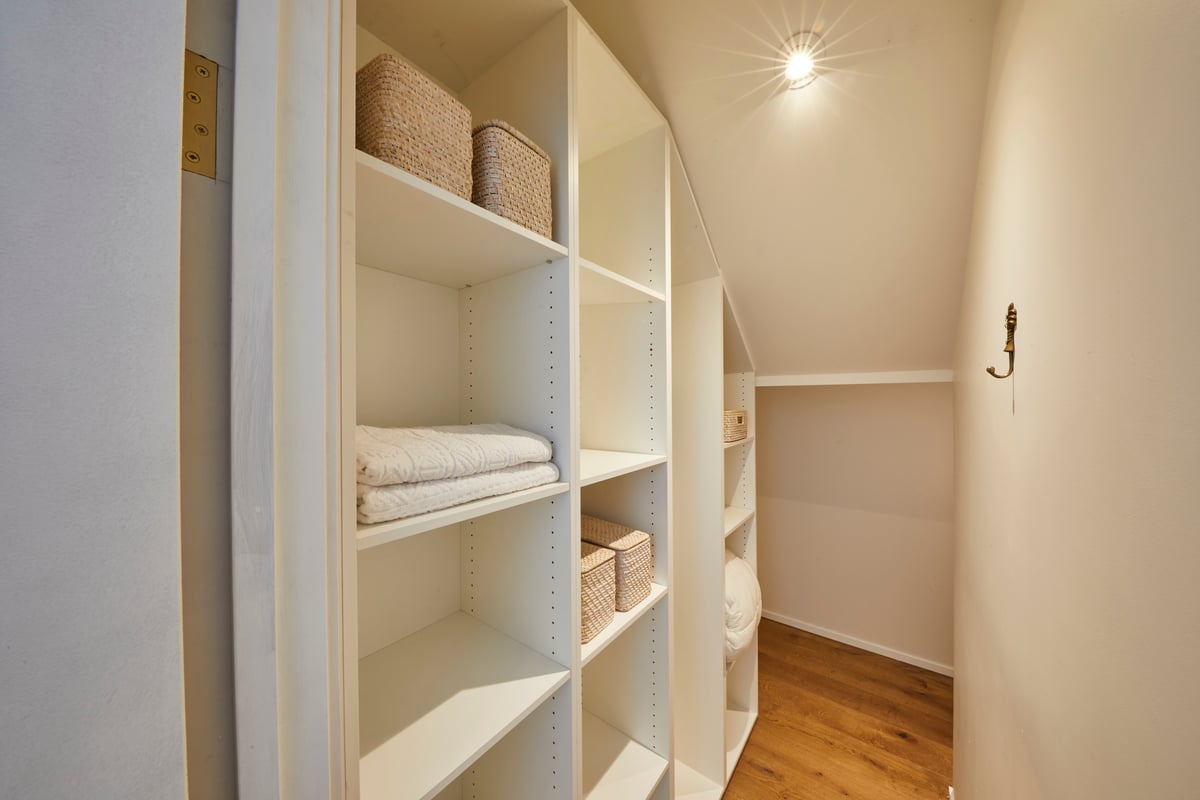 As always, Jimmy and Tam's home was judged last.

This week, the couple spent $47,240 on the finishing touches inside their house, including their laundry and powder room.

The judges loved the couple's use of a vintage chandelier which was hung in the perfect spot.

"It's a visual feast," Neale said.

As for the laundry, the judges loved that it was hidden behind a secret door in the timber panelling, as well as the powder room under the stairs.

However, they felt that the big window on the stairs wasn't providing enough privacy.

Regardless, the judges loved their design choices overall.

"This is one of the most unique homes that I've ever seen delivered on The Block," Darren said. 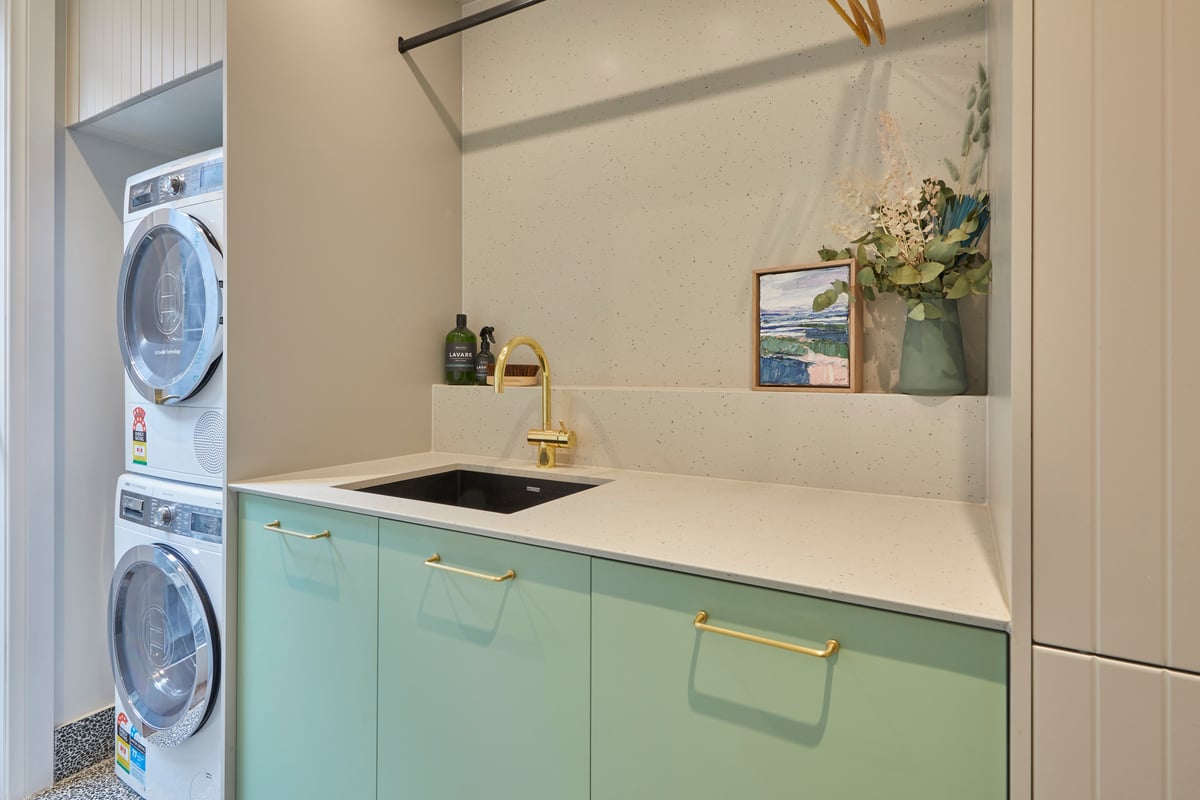 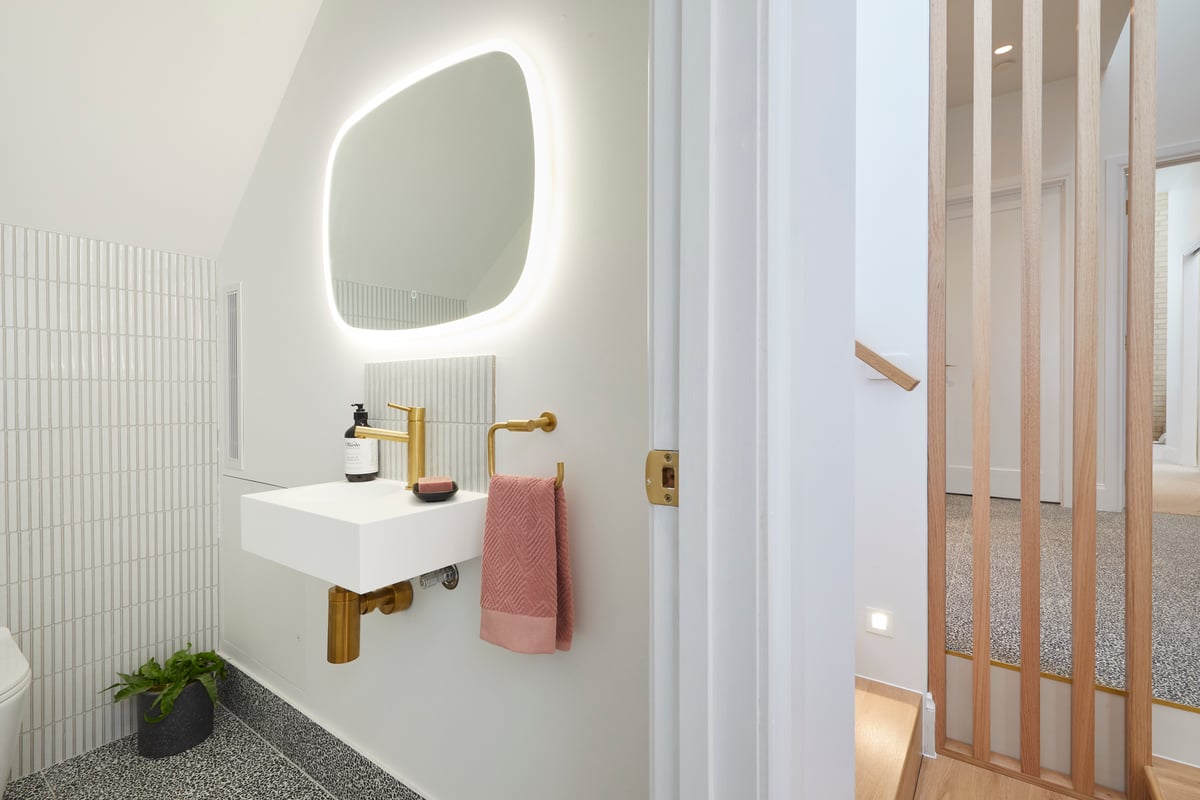 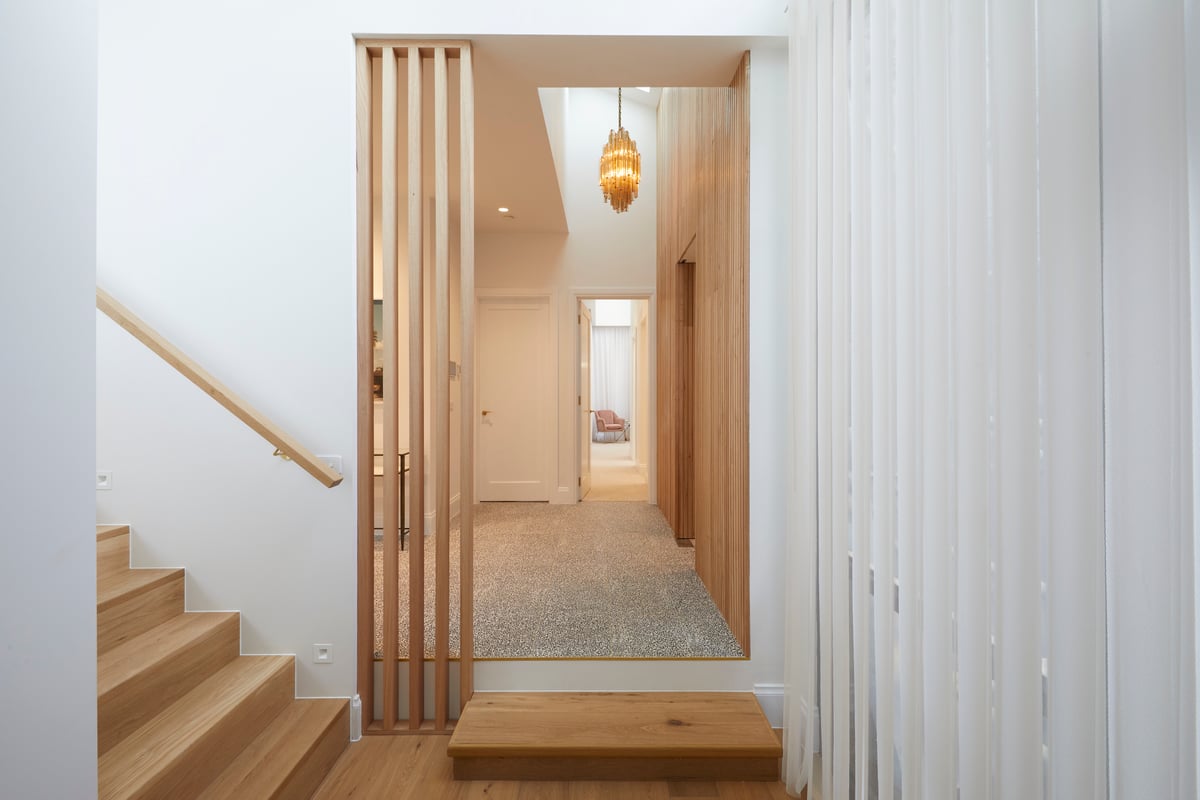 The judges' scores are tallied, and Jimmy and Tam win by half a point by using their gnome. Luke and Jasmin, who came second, are... furious.

Next week, the teams will work on their front garden and facade.

The Block continues on Tuesday night at 7.30pm on Channel Nine and 9Now.

Want to find out more about the products used in The Block hallways and laundry? Check out The Block Shop here.