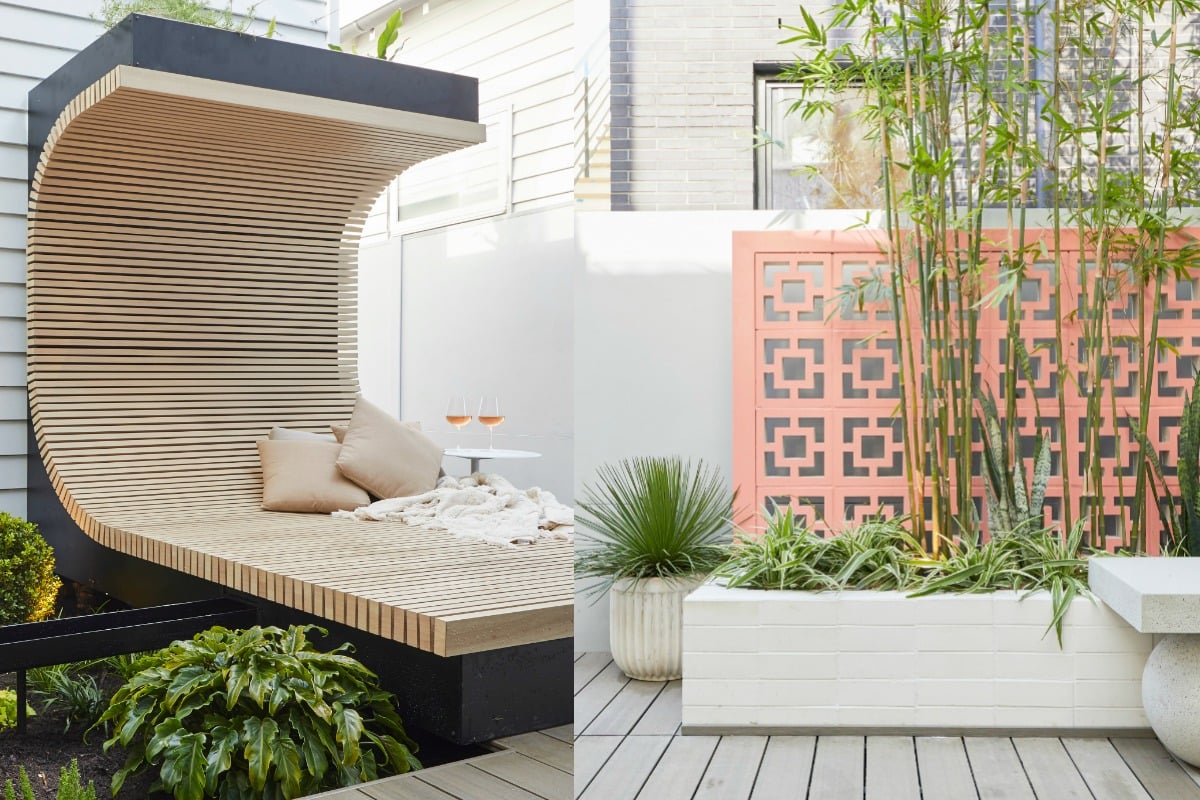 After three long months, we've made it to the final room reveal on The Block.

This week, the five couples completed their back garden, pool area, side garden and courtyard. They also fixed the defects throughout their properties.

After a season that was completely halted for weeks due to the COVID-19 pandemic, the five teams were emotional and relieved to be wrapping up their time on the show.

As The Block finishes up for another year, here are all the photos from the back garden and pool reveal:

After having budget issues in recent weeks, Harry and Tash were left with just $25,000 to spend on their back garden and pool.

But despite their budget constraints, the father and daughter duo were able to deliver their space on time.

Upon entering the back garden, the judges loved the huge oak tree, which provided shade to the entire yard.

"That tree is everything," Shaynna said.

The judges also loved the simplicity of the space, describing it as a "resort-like feeling".

However, they questioned Harry and Tash's controversial decision to put a huge wall between the front and back garden.

Harry and Tash argued that they installed the wall due to privacy issues, meaning they intend to keep it for the auction.

As for the pool area, the judges were disappointed that Harry and Tash were so constrained by their budget issues.

"They really ran out of money," Shaynna said.

"This does feel unfinished and undercooked, which is such a shame," Neale added. 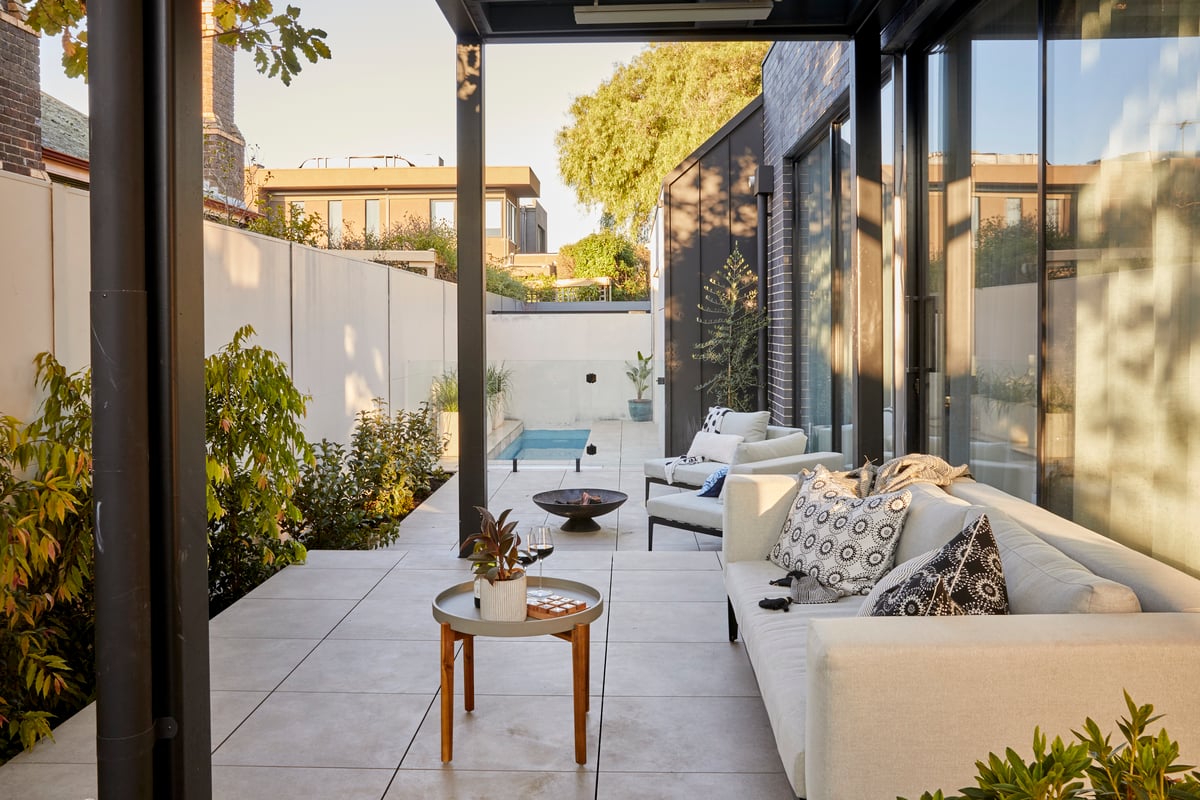 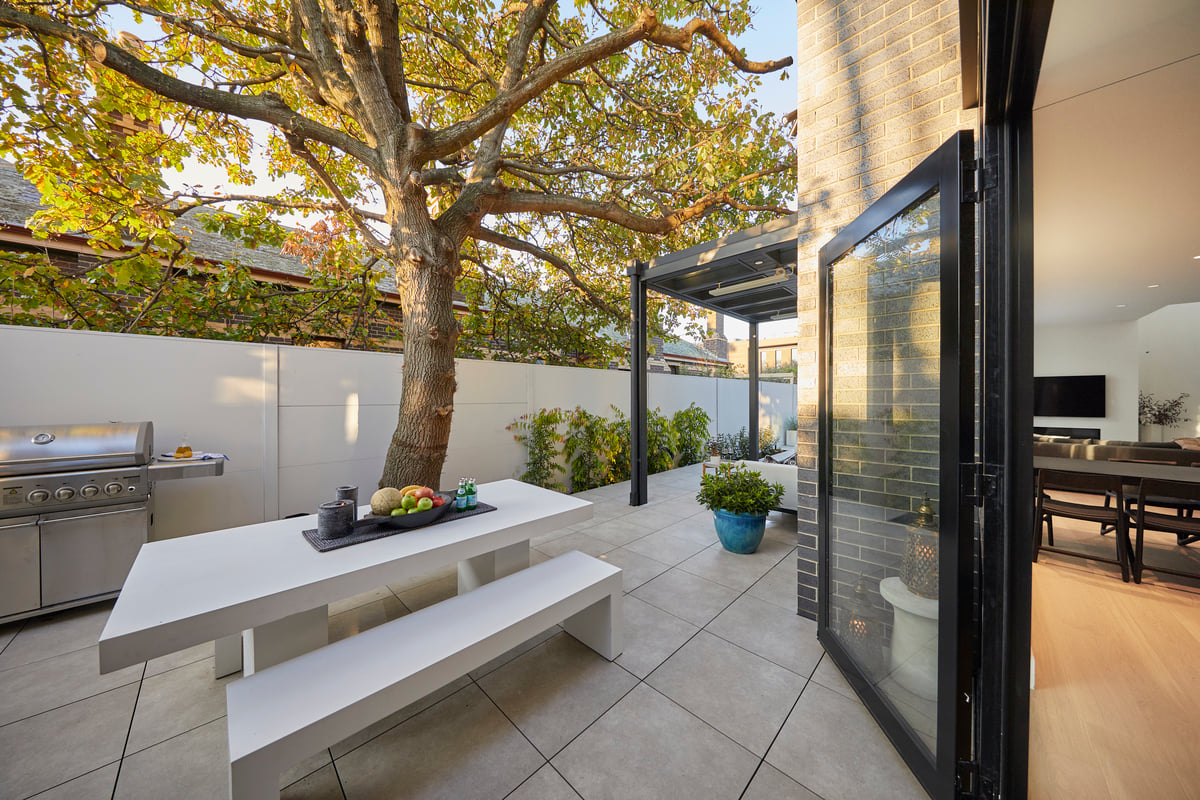 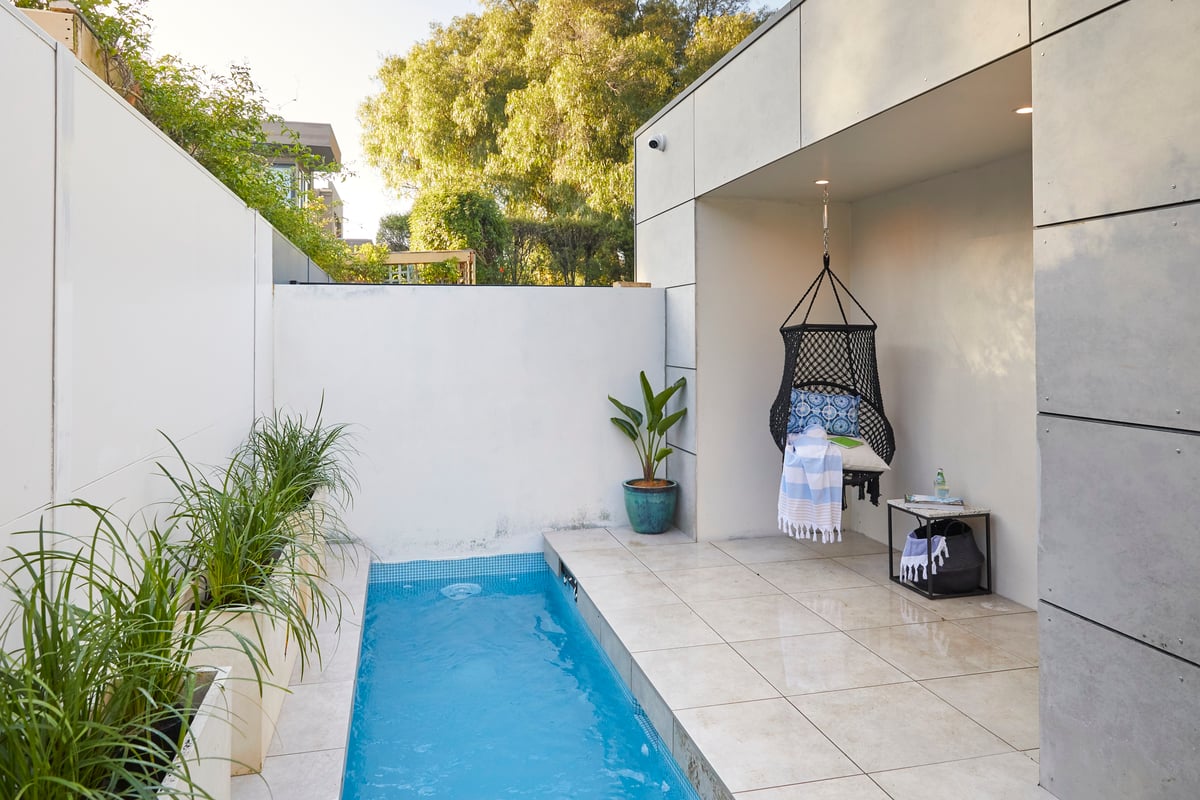 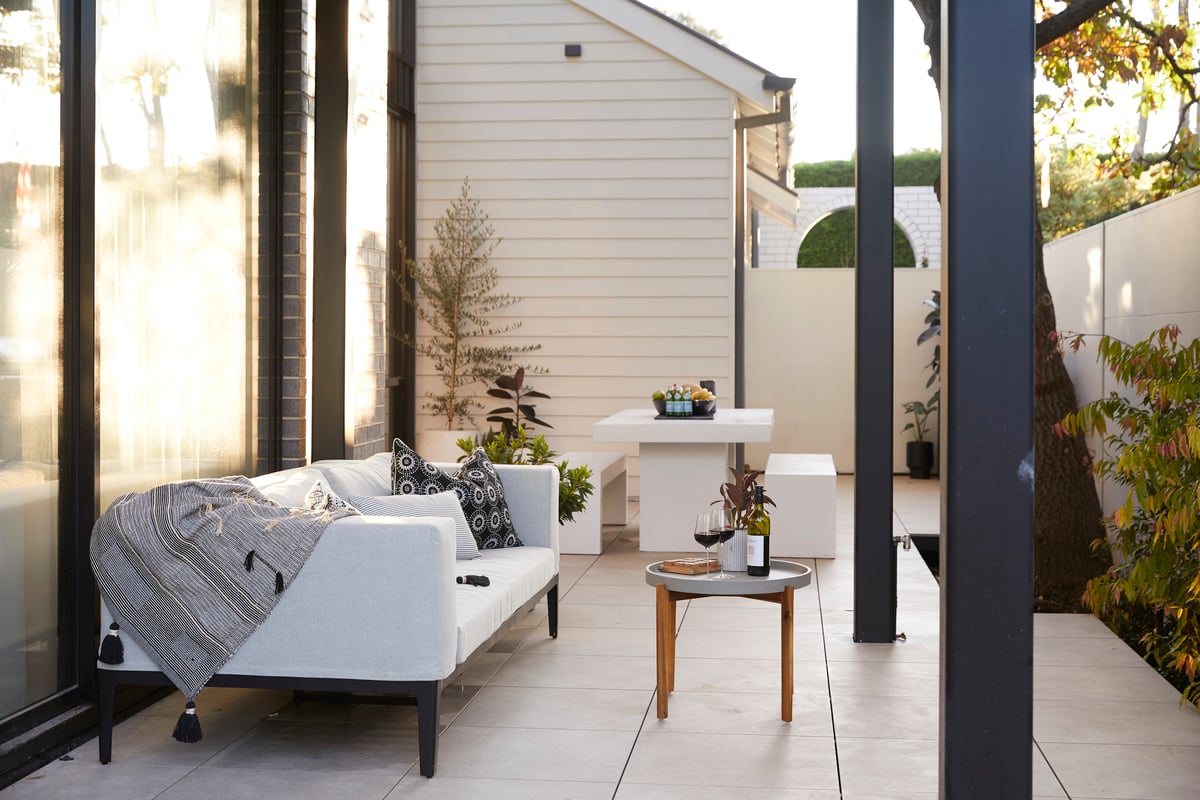 After struggling in the first few weeks of The Block, Sydneysiders Sarah and George have turned things around in recent weeks.

Upon entering the back garden, the judges loved the Japanese Maple tree in the courtyard area.

"It's going to be such a brilliant addition to this courtyard," Darren said. "It's glorious."

They also loved the limestone planter and the blackened timber fence.

As for the main back garden space, the judges were not disappointed.

"My mind is blown. This back yard makes the whole house sing," Darren said.

The judges also loved the pizza oven, barbeque, and the outdoor seating area, which was complete with overhead heating.

As for the pool area, the judges likened the space to a magazine cover.

"It's beyond beautiful. It really is an oasis," Neale said. 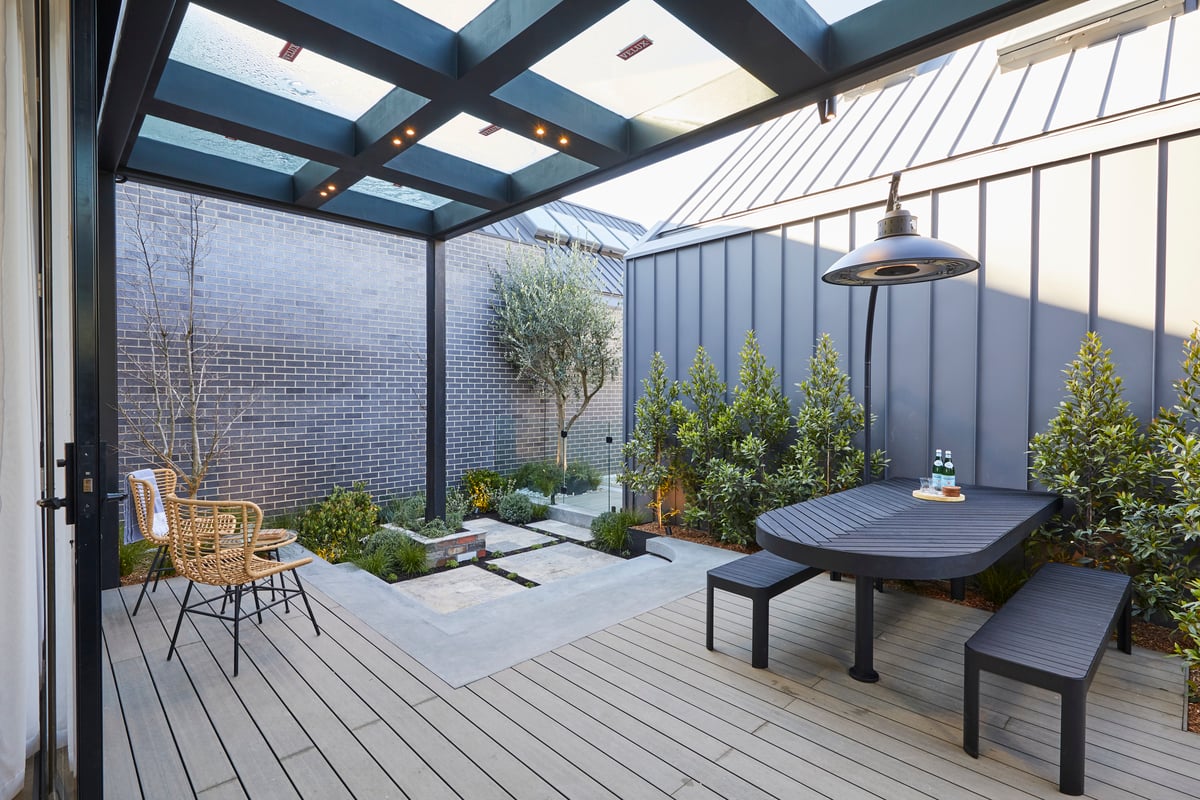 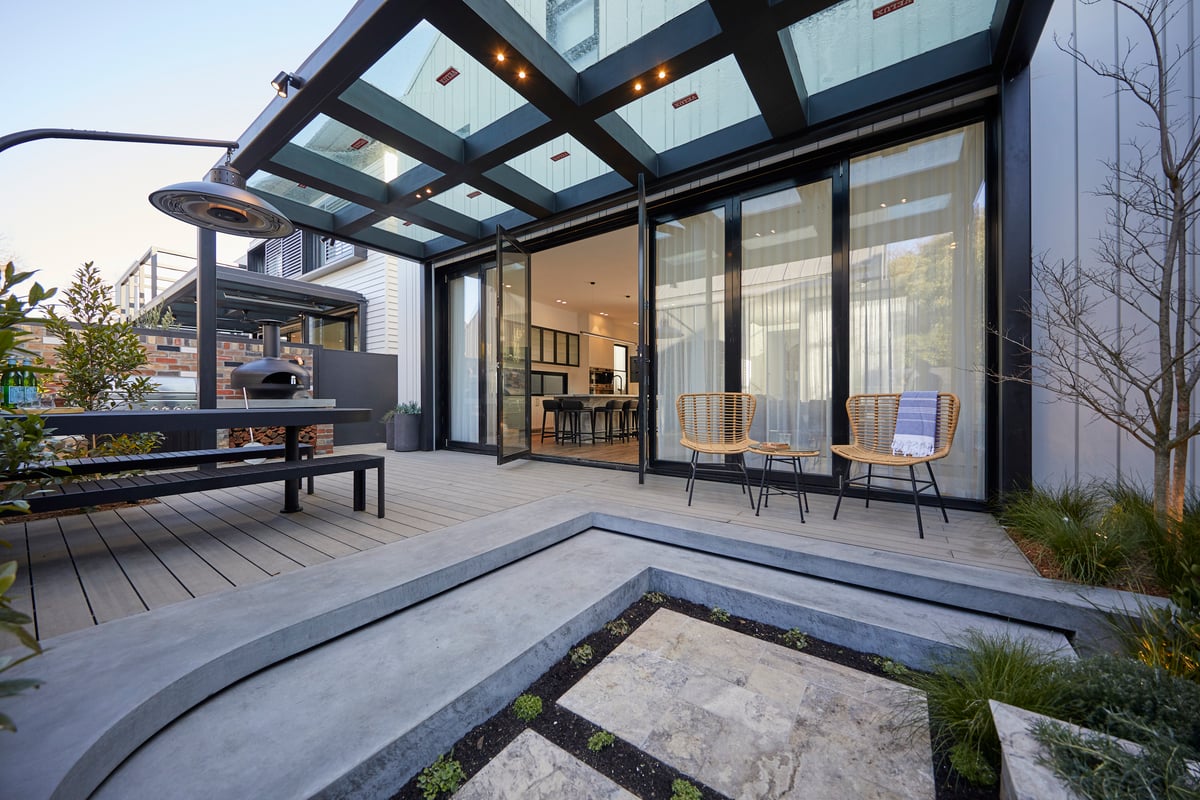 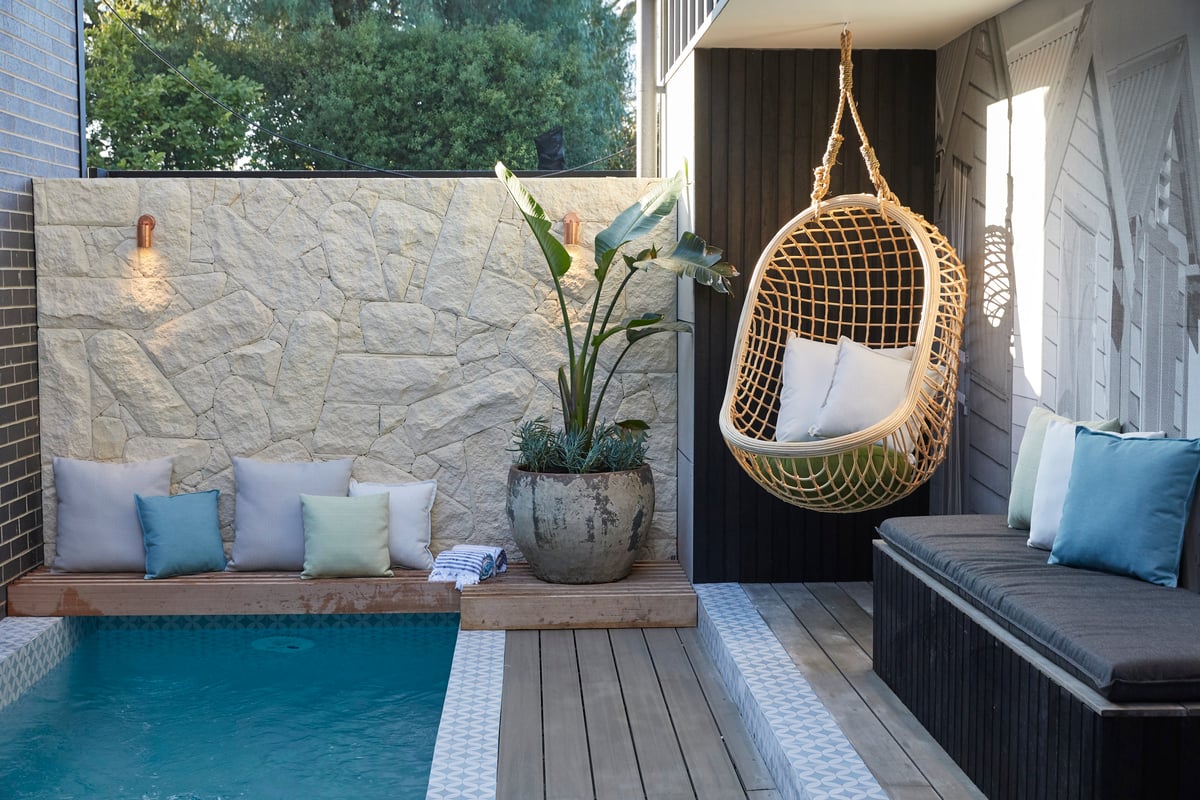 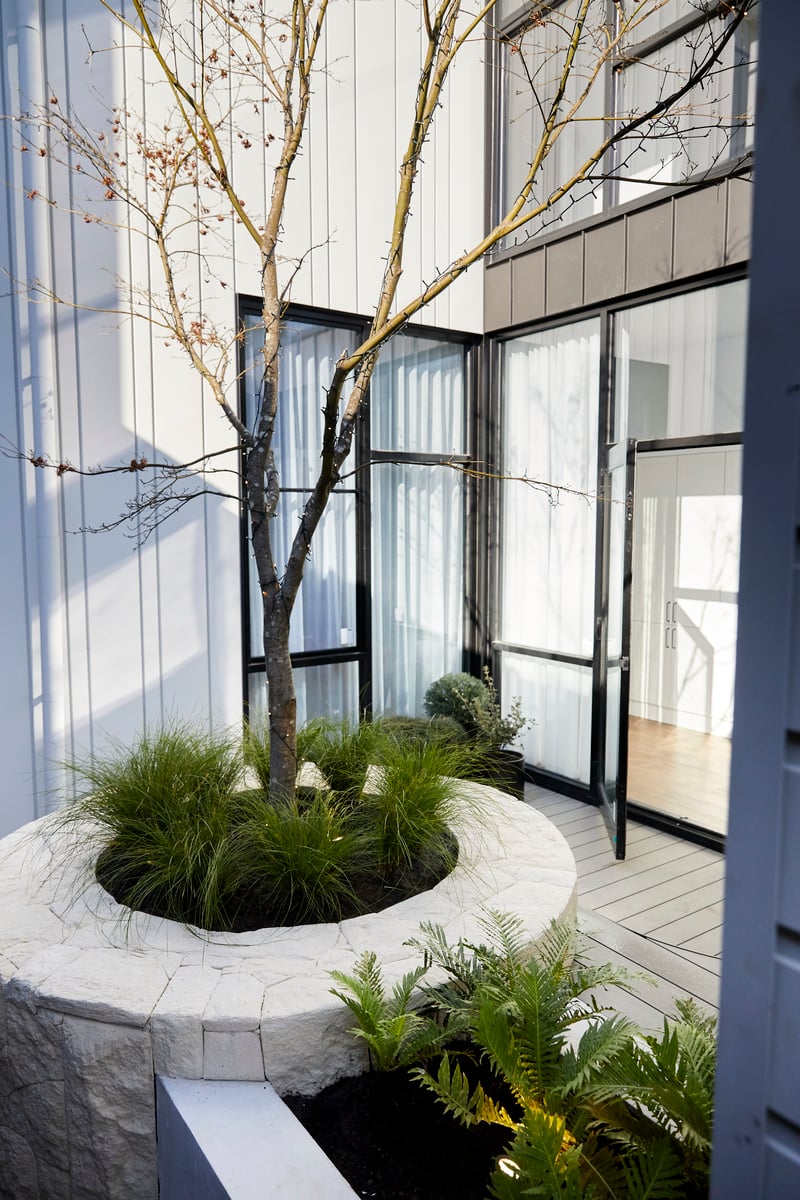 It's been an emotional week on The Block for Daniel and Jade.

As the show came to an end, the couple were sad to be leaving their team of tradespeople.

Walking into their side courtyard, Shaynna was impressed with the size of the space, and the unique magpie artwork.

However, the judges noticed there wasn't much privacy in the space as they could see right into Sarah and George's house next door.

As for the backyard, Shaynna thought the space was very romantic.

The judges also loved the barbeque area, outdoor shower, and the use of plants.

However, Shaynna pointed out that the outdoor shower wasn't exactly functional as the shower was positioned directly over the garden.

"You're standing with your feet in mud," Darren said.

"The functionality is just so wrong," Shaynna added.

As for the pool area, the judges loved the bench seating. However, Neale felt that the space was too plain.

"There is no atmosphere here at all," he said. 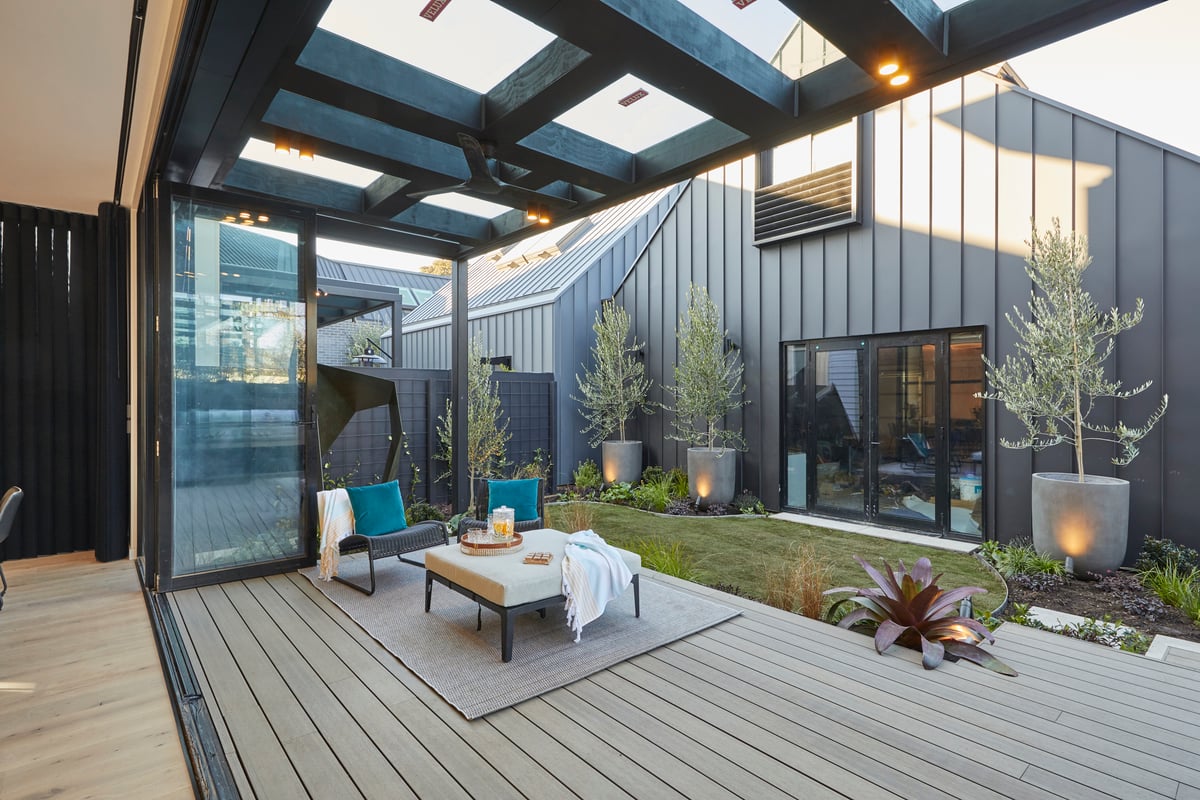 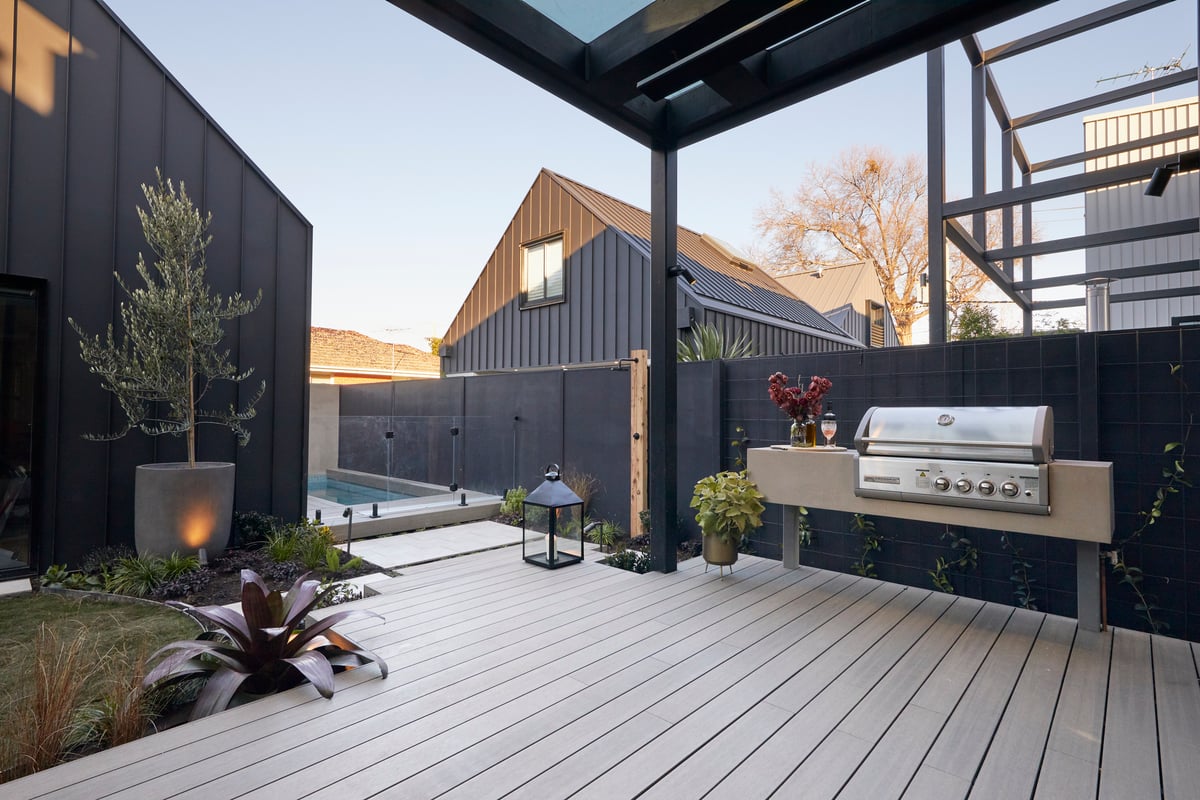 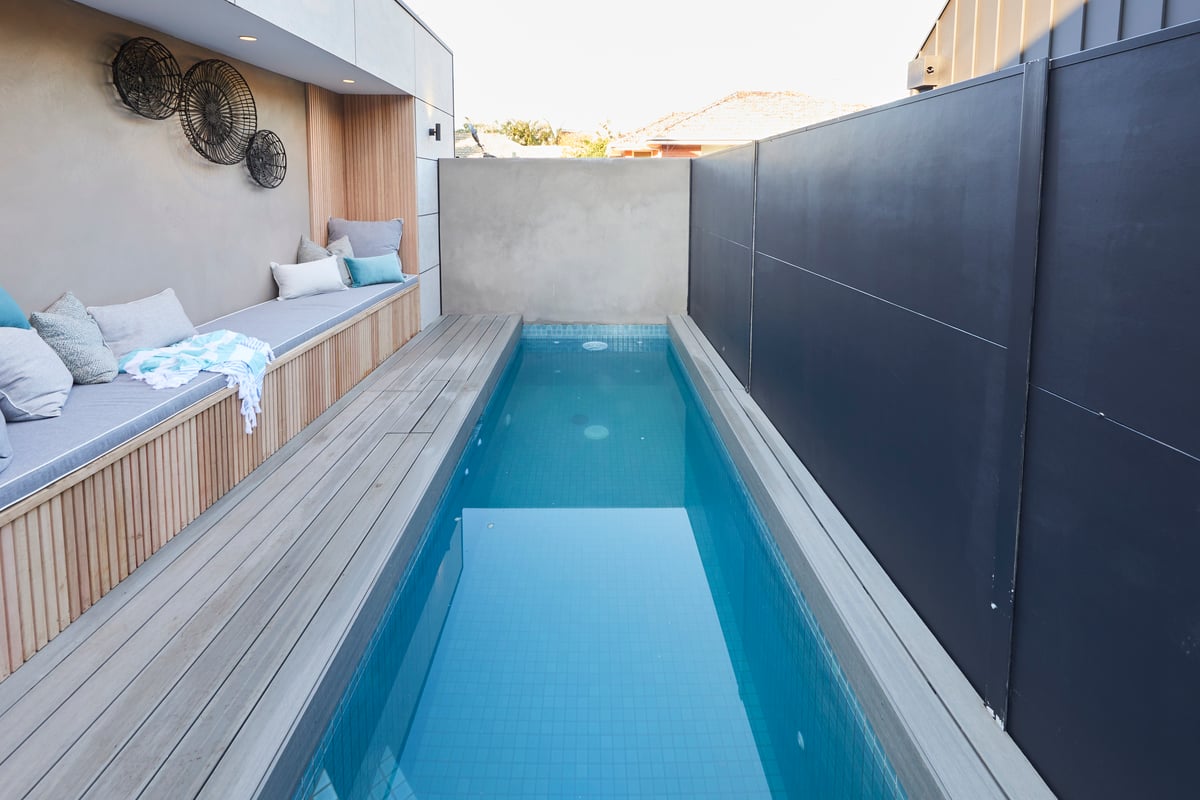 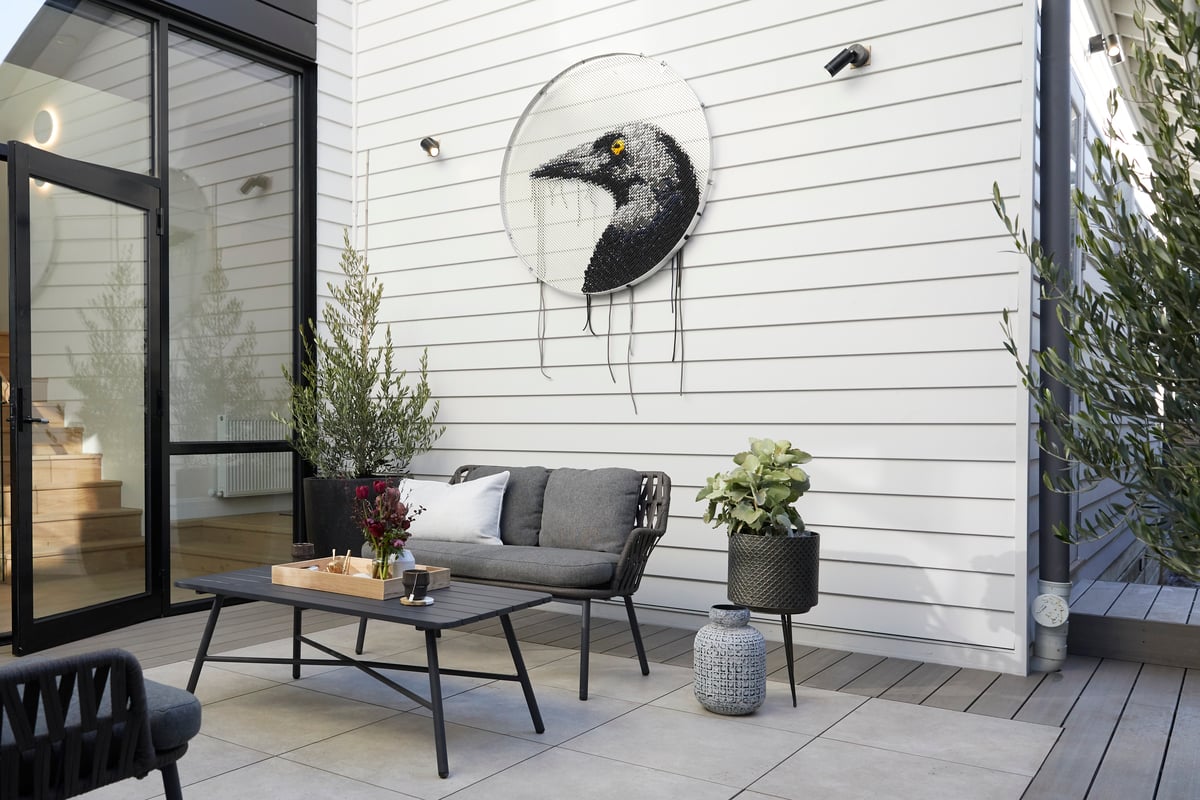 Upon entering the courtyard, the judges loved the curved daybed, which suited the rest of their house.

They also felt that the water feature was a fantastic addition to the space.

But despite that, the judges thought there wasn't enough privacy from the neighbours in the courtyard.

As for the backyard, the judges loved the pizza party pit.

"We have never seen anything delivered to this level on The Block," Neale said. "We honestly haven't."

"It's next level and then some," he added.

However, the judges thought the barbeque looked like it had just been "plonked" on the deck.

As for the pool, the judges felt that the pool area was perfect.

"It's anything that you could possibly want in your own backyard," Darren said. 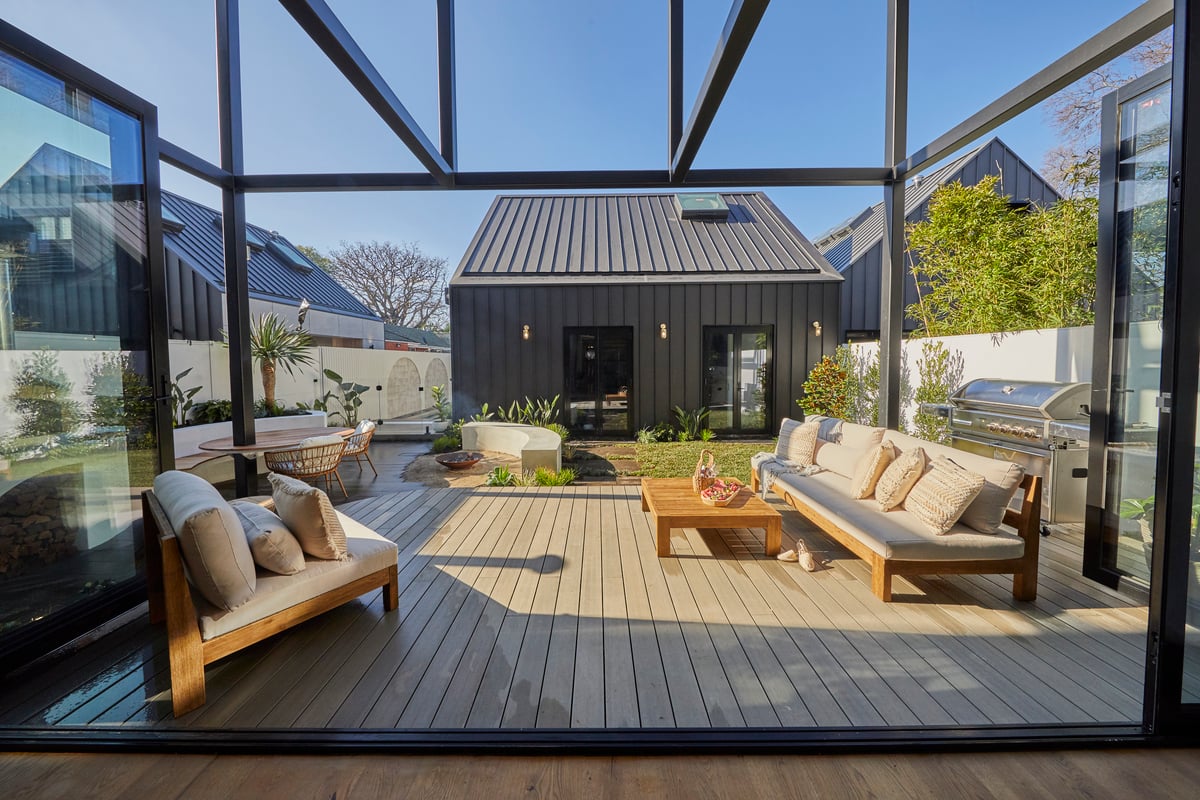 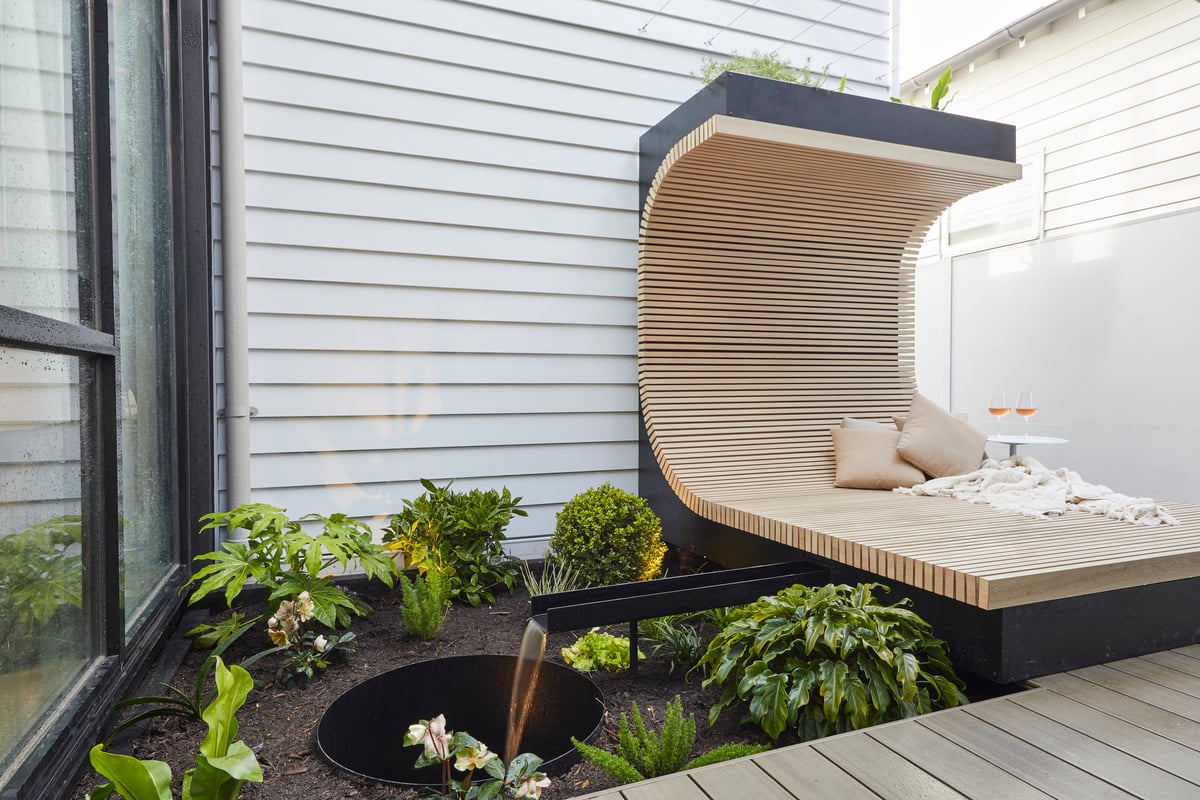 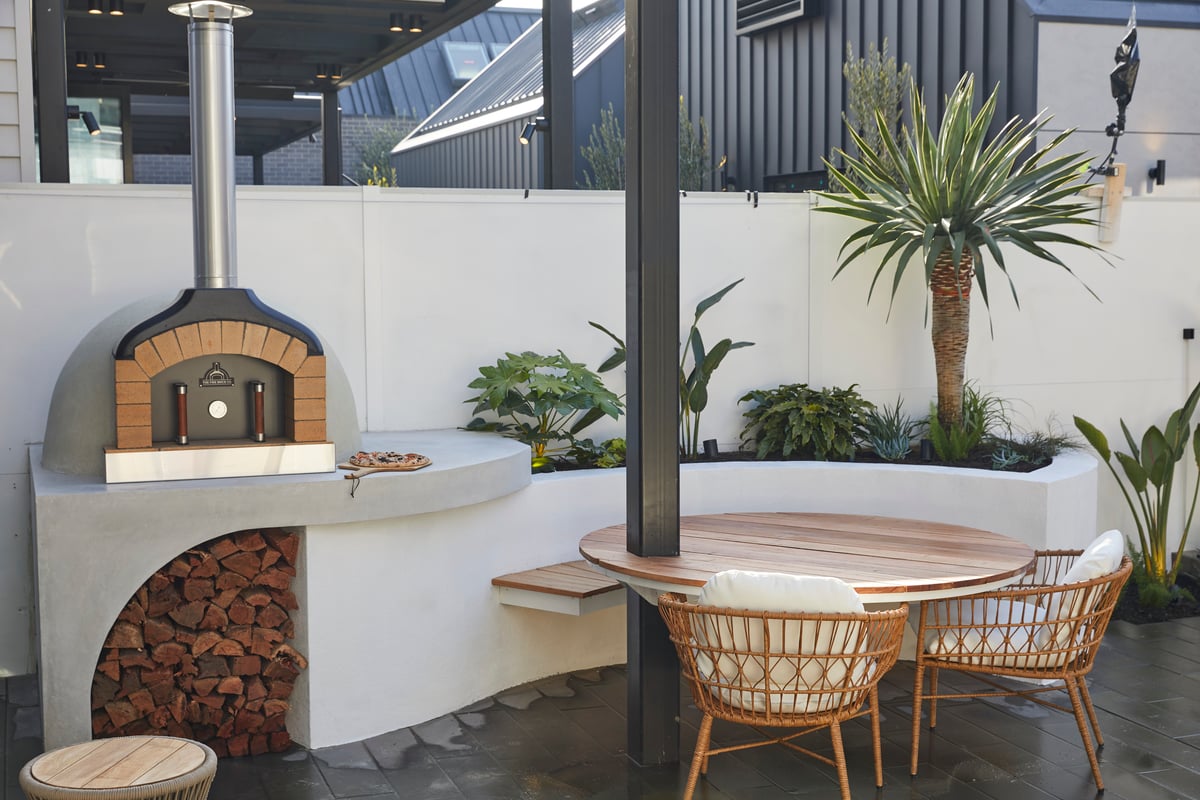 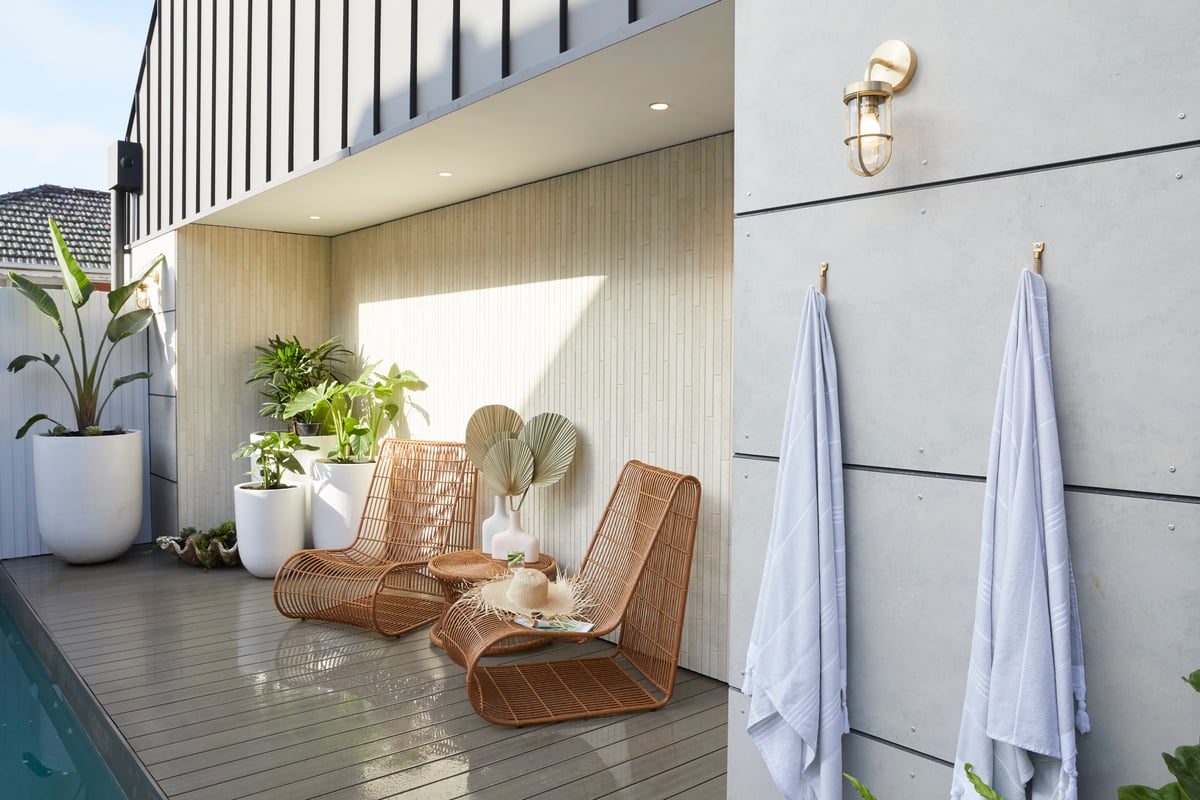 It's the final room reveal for Jimmy and Tam.

Upon entering their side courtyard, the judges loved the coral painted breeze block, which fitted the 1950s era perfectly.

"It's about as quintessentially this house that you could get," Darren said.

"It's so simple, but it's so clever," Neale added.

They also felt that the use of bamboo in the courtyard was the perfect choice as it will create privacy in the space.

As for the backyard, the judges loved the simplicity of the garden.

They also loved the built in barbeque, outdoor bar fridge, and the fire pit.

While the judges loved the pool cabana at first, they soon realised that the space was uncomfortable.

"This is weird. It's really not comfortable," Neale said. 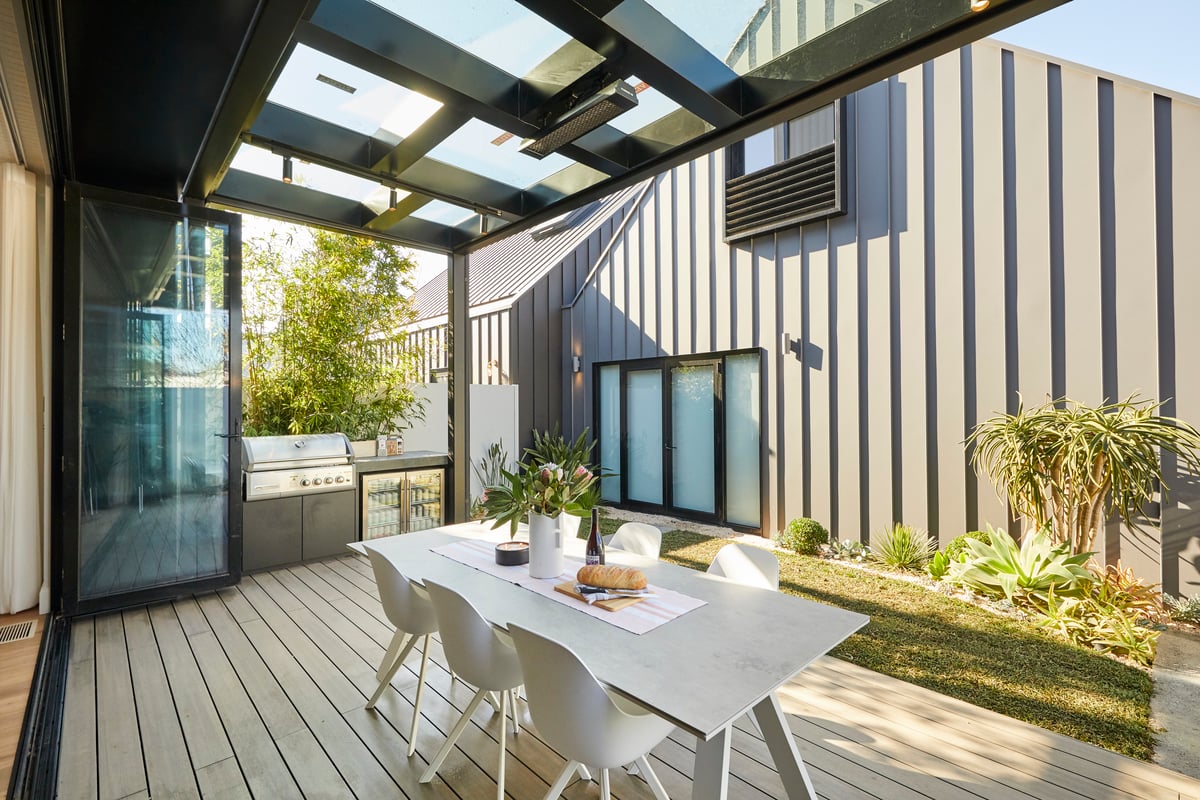 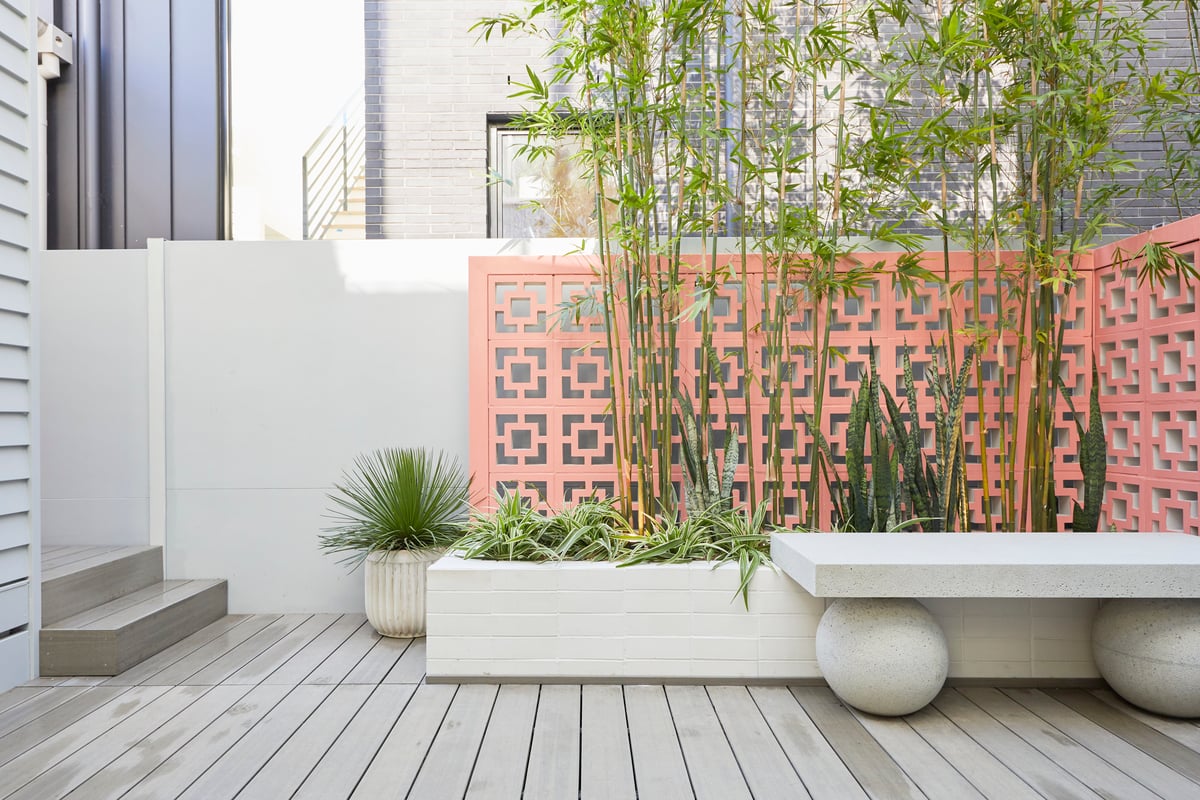 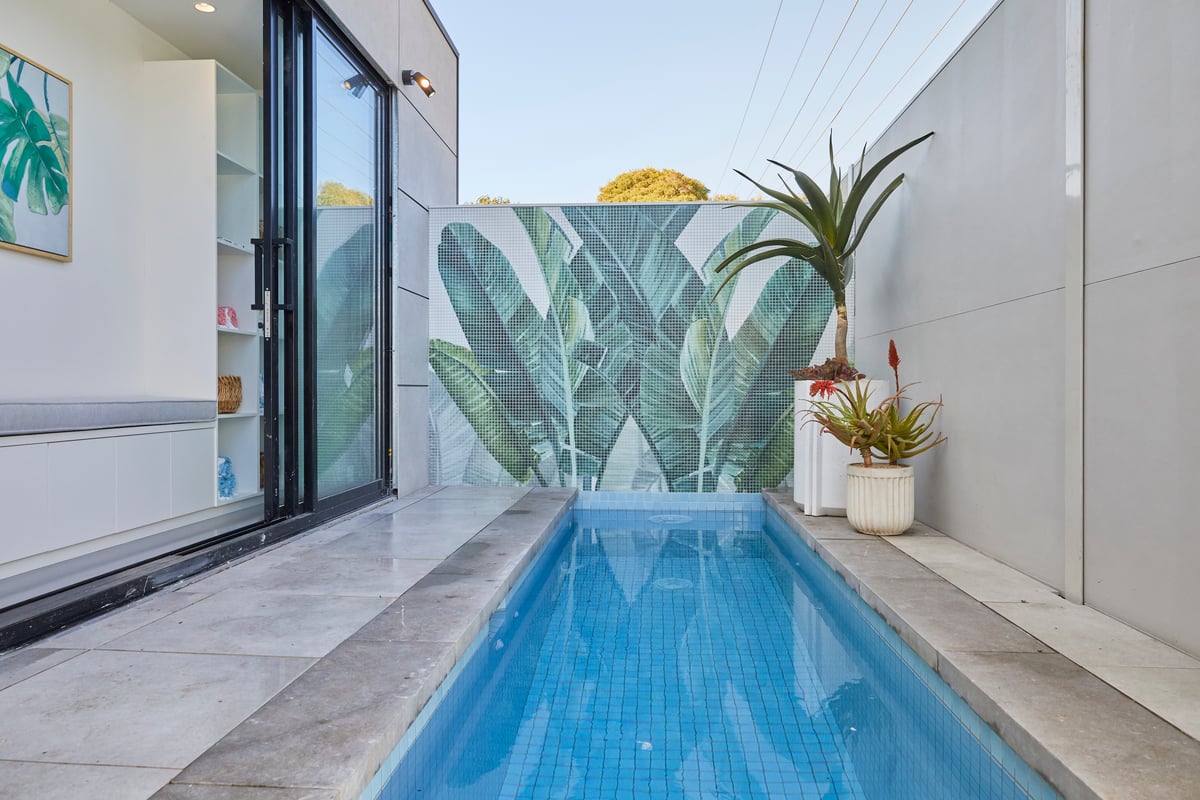 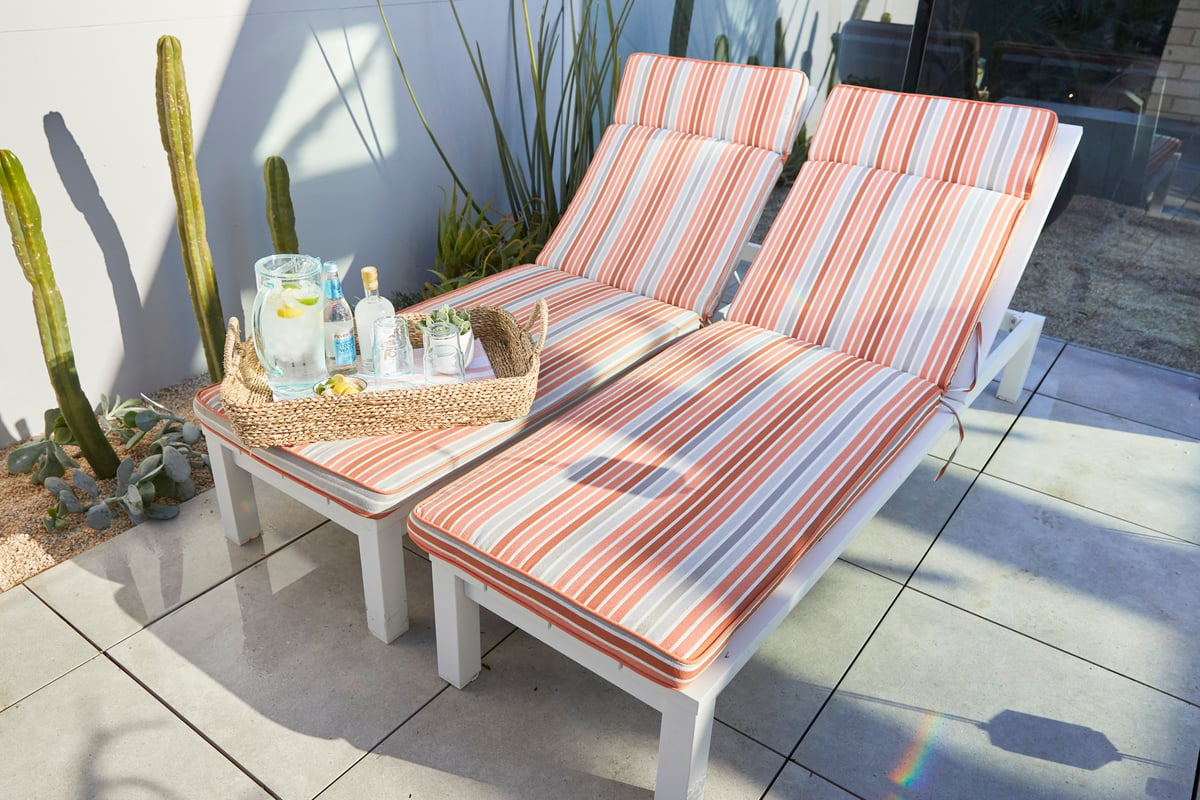 The judges' scores are tallied, and Sarah and George win by just half a point. The Sydney couple take home a brand new Ford.

With the top points overall this season, Jimmy and Tam win the ability to decide the final auction order.

Next Sunday, the teams will face auction in The Block finale.

The Block finale airs on Sunday night at 7pm on Channel Nine and 9Now.

Want to find out more about the products used in The Block back garden and pool? Check out The Block Shop here.