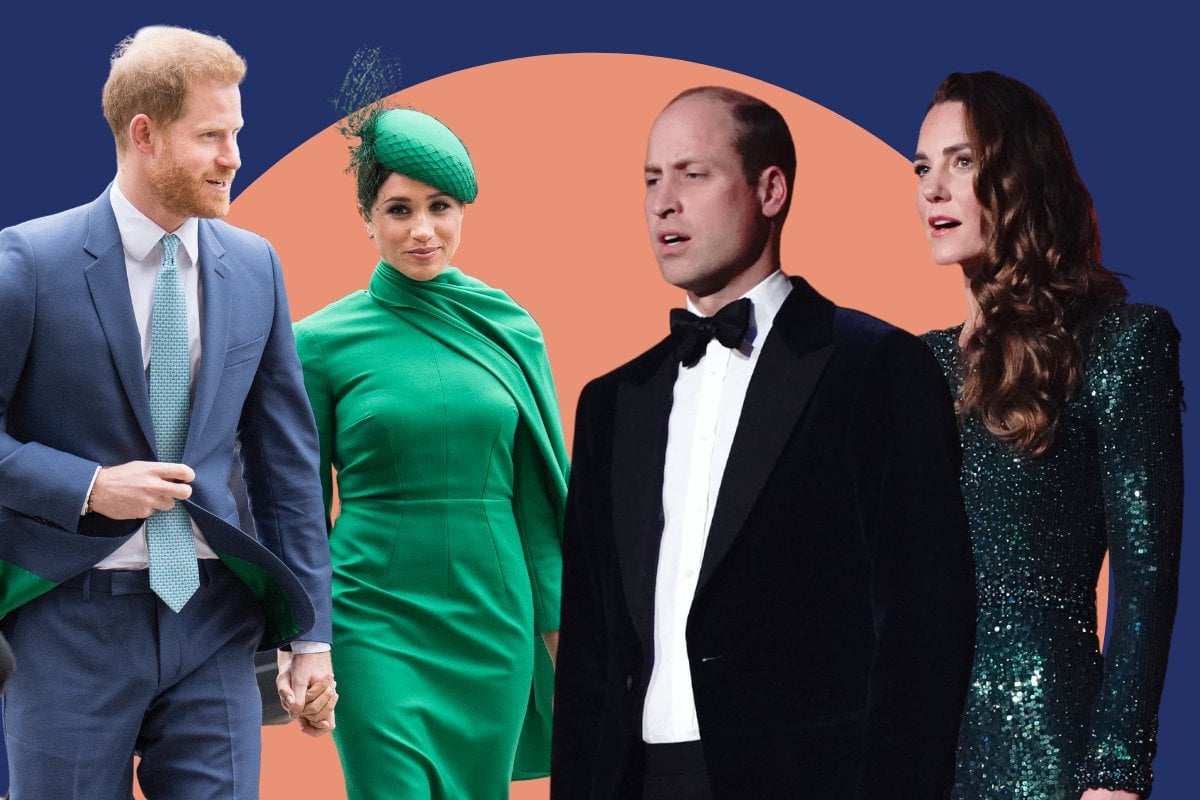 All the controversies and rumours circling the royal family for years have finally been addressed.

In a new book written by journalist Christopher Andersen, allegations, including racism, brotherly feuds and utterly petty snubs have been given a moment in Brothers And Wives: Inside the Private Lives of William, Kate, Harry and Meghan - and it's safe to say, no stone has been left unturned.

Andersen insists he has "well-placed sources," and in the book details all the moments that the public have not been privy to.

Of course, the royal family have largely denied every single allegation made against them and it is possible we could never really know the truth.

So without further ado, here are the four major 'secrets' we learnt about the royal family that may or may not be true.

1. Prince Charles was allegedly the royal member who brought up Archie's skin colour.

The book alleges that it was the Prince of Wales who made a comment about Prince Harry and Meghan's son, Archie.

An insider allegedly told Andersen that Charles had asked his wife, Camilla: "I wonder what the children will look like?"

Charles' alleged response was: "I mean, what do you think their children’s complexion might be?"

The royal has vehemently denied the allegations, with a spokesperson telling The Post: "This is fiction and not worth further comment."

The Sun has reported the heir has "called in lawyers" over the claims.

To add fuel to the fire, Prince William allegedly took his father's side over the comments, and told his younger brother he was acting "overly sensitive about the matter."

The book also says that while Prince William found the comments "tactless," there was "not a sign of racism within the family."

2. A royal snub from Queen Elizabeth was what pushed Prince Harry and Meghan to leave 'The Firm'.

The Queen's alleged snub of her grandson was apparently what finally pushed Prince Harry and Meghan Markle to leave 'The Firm', Andersen claims.

In 2019, she left Harry and his family out of the annual family Christmas photo, with the book quoting a source's direct comments.

According to the source, the Queen "looked over the tables where the photographs she had so lovingly selected were arranged, all were fine but one, [the Queen] told the director."

She allegedly pointed to a picture of Harry, Meghan and Archie, and said: "That one, I suppose we don’t need that one."

Merry Christmas!
This year The Queen's Speech was filmed in the Green Drawing Room at Windsor Castle. It will be broadcast on Christmas Day at 3pm GMT.
This year marked the 75th Anniversary of D-Day & in the speech Her Majesty will reflect on the commemorations.
(1/3) pic.twitter.com/Mcw1k6LU5I

It is worth noting that many royal experts have explained away the "snub", saying that the photos in the Green Drawing Room at Windsor Castle were chosen to represent the past and present line of succession.

However, both Harry and Meghan were featured just a year before in 2018, so many eagle-eyed royal fans are not buying it.

According to Andersen, Prince William was shaken by the alleged snub and told Duchess Kate that his brother would be "terribly upset".

3. William and Kate were not sure Meghan was the right match from the beginning...

According to the book, the royal couple wanted "a proper English rose" for Harry.

To make matters worse, Prince William was apparently so convinced Meghan wasn't a good match for his little brother, that he enlisted the help of their uncle, Earl Spencer (the younger brother of Princess Diana) to slow down his relationship with the American actress. Andersen wrote that Prince Harry was not impressed with his uncle's advice and ignored him.

At one point, Harry was allegedly overheard yelling "who the hell do you think you are?" at William and Kate.

An insider also claims that that Will and Kate also had major concerns over Meghan's family, while the older members of the royal family weren't convinced Thomas, Samantha and Thomas Jr would be a problem...

Listen to The Spill, a daily entertainment podcast that covers the top pop culture stories of the day. Post continues after audio.

4. Prince William and Prince Harry put a very good act on for the cameras.

While the brothers were reunited under devastating circumstances at their grandfather Prince Philip's funeral earlier in 2021, there was apparently no repairing theIR relationship.

Andersen suggests the pair faked their relationship for the cameras, writing: "Unfortunately, the world had read too much into what was only a fleeting, cordial chat."

A spokesperson for the royal family told The Post: "We don’t comment on books of this kind as to do so risks giving it some form of authority or credibility."