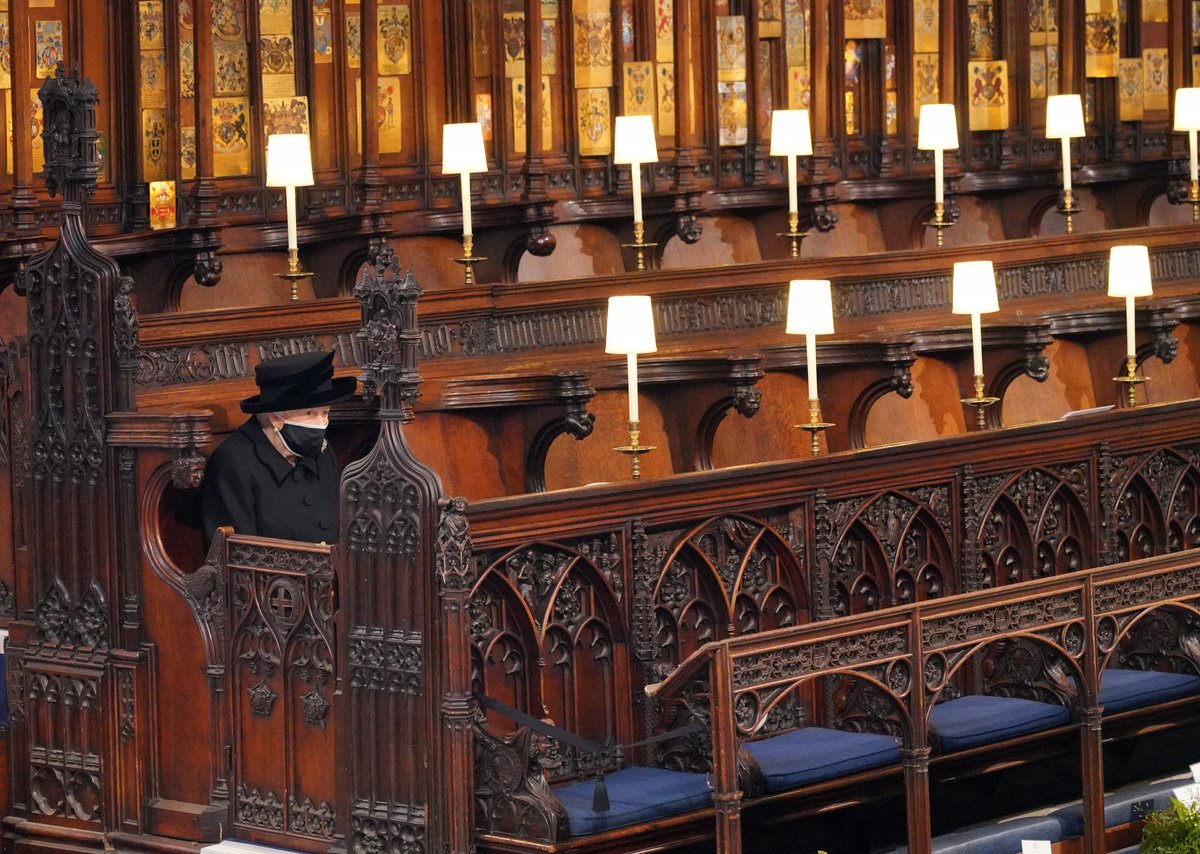 She sits alone in a pew wearing a hat that looks slightly too big.

In a mandatory black mask and a thick black coat, she looks smaller than usual, as though her very presence could be missed or mistaken for a shadow in the scheme of the thousands of photos taken in St George's Chapel in Windsor, on the afternoon of Saturday, April 17.

She leans forward, with the distinctive posture of a woman who is about to turn 95. She is quietly, singularly focused on what is unfolding before her.

One is that she's mourning the very person who would typically be with her in moments like this. Walking behind her. Sitting beside her. Whispering or debriefing or comforting. For 73 years, her husband Prince Philip, the Duke of Edinburgh, has been her companion. But now she must grieve him, without him. 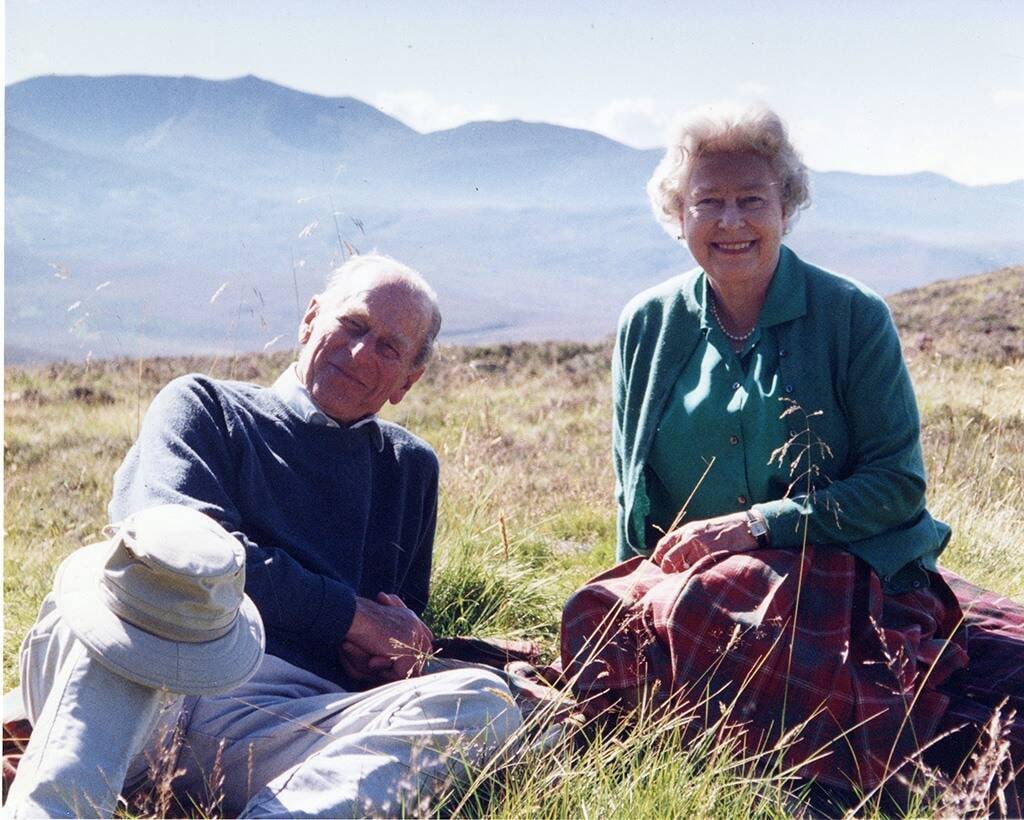 A photo shared by the Queen at Prince Philip's funeral. Image: The Countess of Wessex.

The second is that because of COVID-19 restrictions in the UK, only 30 people are permitted at a funeral, and only those in the same family bubble are allowed to sit together. The Queen and Prince Philip had been in a bubble with members of their household for the last year, and therefore the Queen is not able to sit with her family.

Shortly after the photos of the Queen sitting alone are taken, she travels in the State Bentley behind Prince Philip's coffin. Another first, as tradition dictated that as the monarch, she was always to be in front of Prince Philip in public.

But despite those reminders that this was a funeral for a wealthy, powerful, and, as many (including myself) would argue, deeply problematic family, the image of Queen Elizabeth II sitting alone told a profoundly universal story.

On Saturday, she was simply a woman who had lost someone she had known and loved for 81 years.

A widow, not a Queen.

One of millions of people in the UK and elsewhere who have lost a loved one in the last year, and had to grieve with no one sitting beside them. 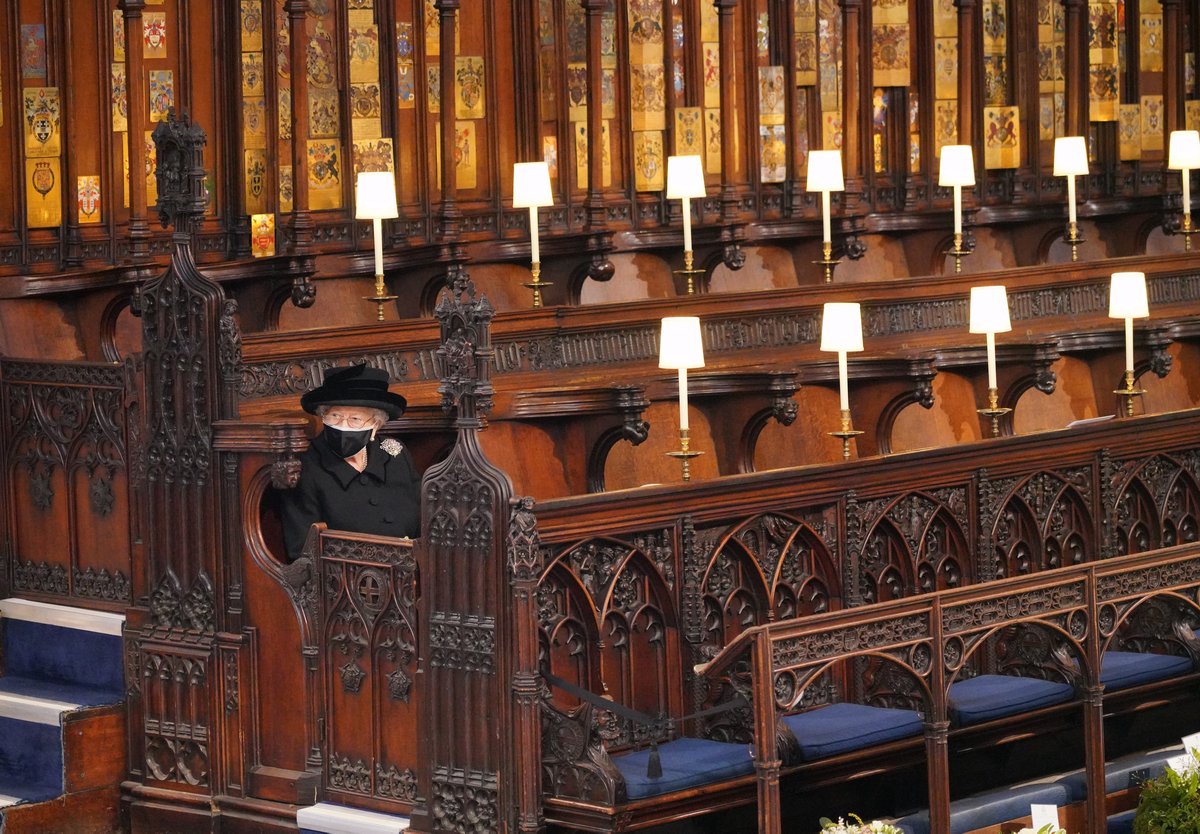 "A reminder that in the end, we're fundamentally the same." Image: Getty.

An old woman sitting at the funeral of the only love of her life.

A person who is hurting in the core of her soul, in a place that isn't protected by her status.

A grandmother who will spend her nights by herself, without the person who for eight decades, bore witness to who she was.

A reminder that in the end, we're fundamentally the same. Royal or not, no one escapes the pain of growing old, or the cruelty of a virus that now forces us to grieve separately.

A symbol of that feeling of loneliness none of us are quite able to describe, but that deeply terrifies us.

An avatar for every person who has felt the way the Queen looks. Even when surrounded by friends and family, when death takes the people we love the most, perhaps we're all sitting alone.

In the wake of the funeral, and the haunting photos to emerge from it, many have remembered a quote from the Queen herself about grief.

Nearly 20 years ago, after the September 11 attacks, the Queen had a message for the people of New York: "Grief is the price we pay for love."

Right now, she is paying that price. And we can see it on her face. 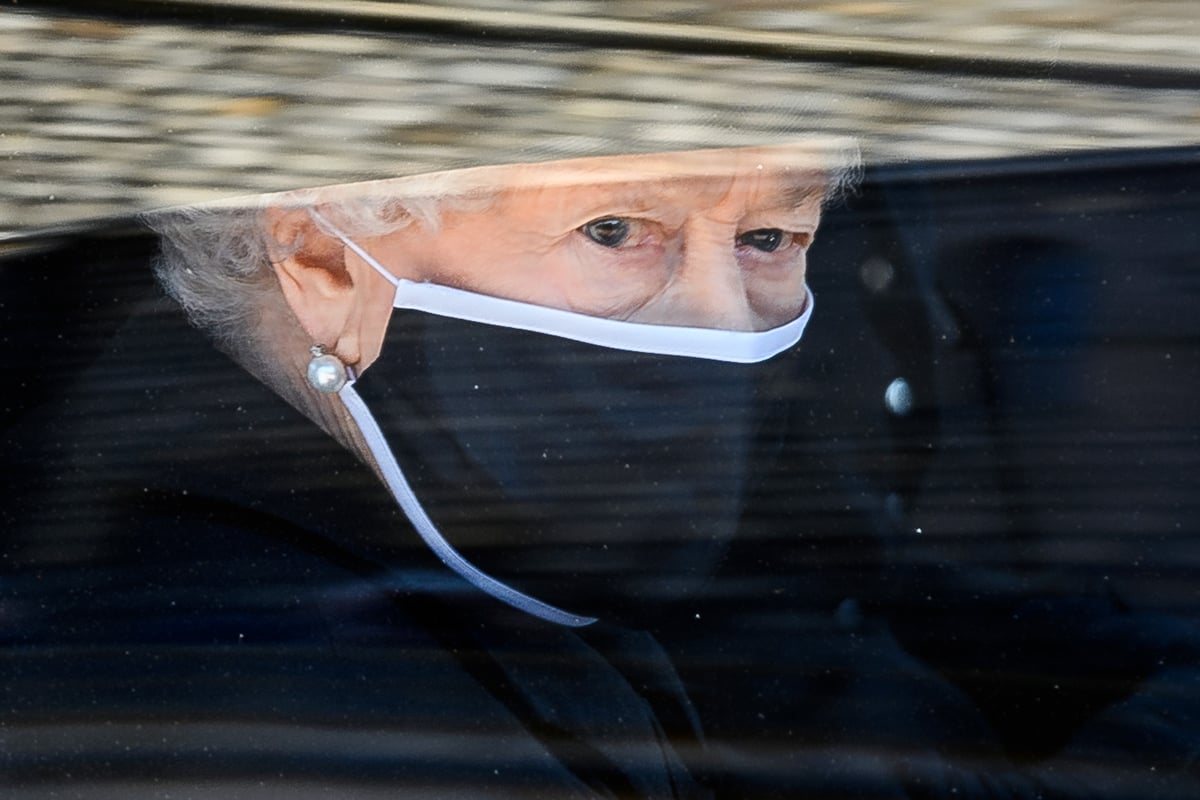 But this cultural moment, which we all knew was inevitable, has a secondary layer of significance.

An elderly woman grieving her late husband is sad. But there's something unnatural about a widow with no one beside her to hand her a tissue.

Many commentators have pointed out that if the Queen wanted to, she could have had her lady-in-waiting beside her during the funeral. But her decision to sit alone, with a two metre distance from her nearest family member, was likely an intentional one, to represent her dedication to duty and following the same rules she's asked her constituents to follow.

It may well become one of many defining images of the COVID era. A reminder of a disease so cruel it not only killed so many, but forced us to grieve alone.

An image we can't stop looking at but also instinctively want to look away from. That could be multiplied by hundreds, then thousands, then millions, to represent all the people all over the world who had to mourn in what felt like - and often was - an almost empty room.

When we see the Queen sitting alone in a pew, in a Chapel that suddenly looks far larger than it is, we see vulnerability. We see humanity.

Reply
Upvote
1 upvotes
Seeing the widowed Queen sitting there looking so alone, sad and frail is indeed devastating. What I also think is cruel is that with a palliative husband this very elderly lady had to contend with the massive fallout of ‘that’ recent interview. No doubt having crisis meetings about this took precious time away from that she could have spent with her dying husband.

Reply
Upvote
I don’t really think the Queen deserves to have everything about grief and loss in the pandemic projected on her.
The simple fact is that she would always have been alone at this funeral. On the other hand, she’s one of the least alone people in the world- she has literal ladies in waiting to keep her company whenever she might call. And none of us know what she is or isn’t thinking.
Maybe the most respectful thing would be for us all to stop speculating and generalising and just get on with it, let’s face it, that’s always been her preferred approach.
News
General
Opinion
True Crime
Politics
Sport
Explainer
Entertainment
Celebrity
Reality TV
Movies
TV
Books
Rogue
Royal
Lifestyle
Beauty
Fashion
Weddings
Home
Wellness
Health
Fitness
Travel
Food
Parents
Before The Bump
Pregnancy
Baby
Kids
Teens
School
Parent Opinion
Work & Money
Money
Finance
Career
Lady Startup
Relationships
Sex
Dating
Separation
Friendship
Family
Real Life
Couples