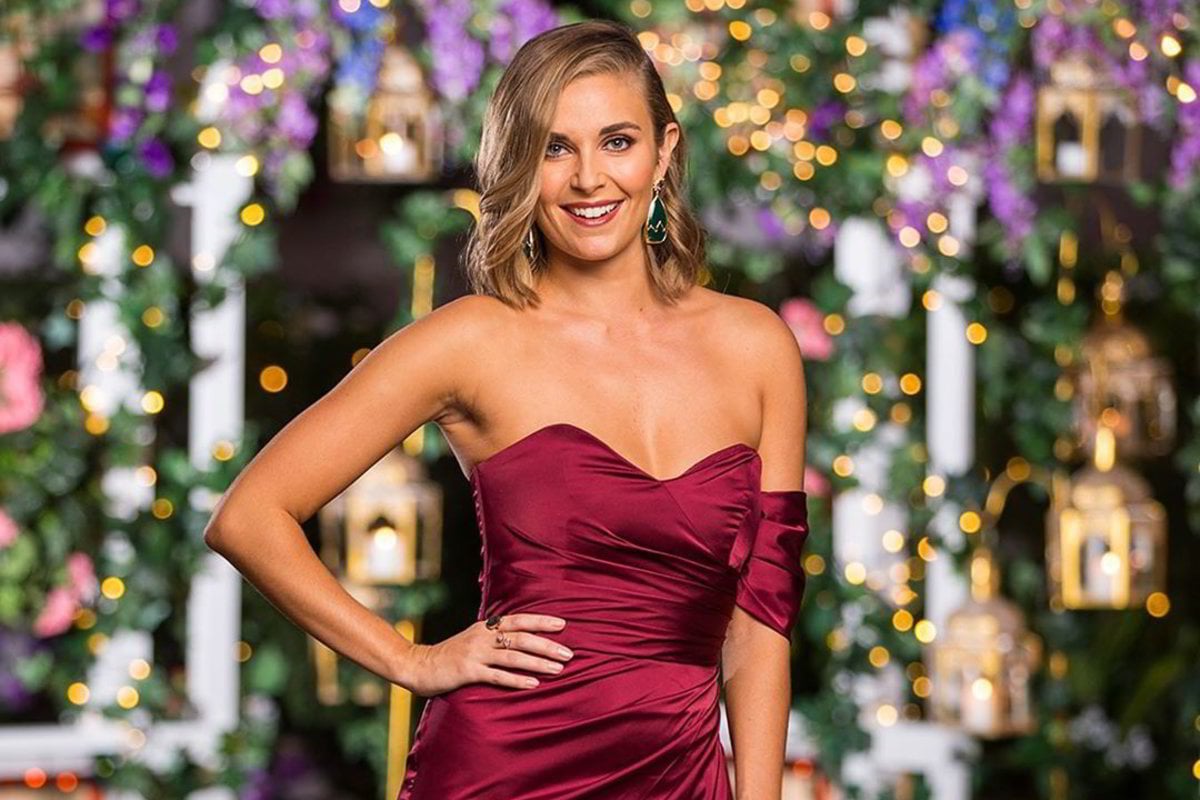 1. "She's a really good person." Nicole says Roxi got a 'bad edit' on The Bachelor.

Roxi and Rhonda (who are the... same person) are the talk of the town at the moment, given their many tears and the fact there's not much else going on in our lives besides watching The Bachelor.

But following her eviction from her own house, on account of this whole 'love in lockdown' thing, fan favourite Nicole told Mamamia Roxi is getting a tough edit.

"Everyone has multiple sides to them but a lot of the time you're only seeing one side of someone [on TV]," Nicole explained.

"I know with Roxi, she's getting portrayed pretty bad, like you're only seeing one side of her. I know her personally, I really love Roxi and she's a really good person."

Actually, all the drama on this season has been a bit of a drag for Nicole.

"The mansion was kind of divided... It was probably Juliette, Areeba, Kaitlyn and Kristina. They definitely had their own little group going on. For me, obviously being chucked into a house with so many women, you're not going to be best friends with everyone and things are going to happen.

"Cameras stopped filming but the situation doesn't stop. It's interesting because you only see what they're filming, but it's the same the whole time. Things happen off camera, things happen on camera. There's definitely still drama when the cameras are off.

"There was so much drama. Everyone loves a little bit of drama, but can we get back to the dating show and the connections? I think for me personally, I'd like to see more of that. I'm over the drama, it's just the same kind of fights happening over and over."

But while she may not have received a rose last night, it seems Nicole has moved on to bigger and better things.

Earlier today, Nicole shared a photo of her and her new boyfriend Luke Brotherton looking very smitten together on Instagram. And we couldn't be happier for her.

"2020 has been a pretty wild ride, but got a whole lot brighter when this hunk walked in," she captioned the post.

The Bachelor continues at 7:30pm tonight on Channel 10.

Listen to The Spill, Mamamia's daily entertainment podcast. In this episode, co-hosts Kee Reece and Laura Brodnik discuss Lily Allen's Vegas wedding to David Harbour and her return to the spotlight following her self-imposed exile. Post continues below.

2. Carlin Sterritt was auditioning to be The Bachelor BEFORE he fell in love with Angie.

It turns out former Bachelorette winner Carlin Sterritt auditioned to be The Bachelor himself, before meeting Angie Kent.

Speaking to Sophie Budack's YouTube talk show, Beyond The White Room, Carlin explained that during the search for the 2019 Bachelor, he was nominated to go on the show by the owner of the F45 gym he was working at.

"He did it behind my back. I didn't ask him to do it," Carlin told Sophie.

"I got an audition for The Bachelor and from that process - and I didn't get The Bachelor - but I met with a lot of the casting directors and producers. They sort of got to know who I was."

This experience eventually helped him become a contestant on last year's season of The Bachelorette.

"So when The Bachelorette came to be, they pretty much gave me a call and said, 'Hey, did you want to just apply for this?' and I said, 'Sure!'".

Carlin then did a group interview and his application was "fast-tracked from there".

Interestingly, Carlin didn't seem to bring up the fact that he applied for The Bachelor during his time on the show.

Either way, he still managed to win Angie's heart before the pair eventually split in July this year.

3. Joe Hildebrand just resigned from Studio 10 on air, and everyone was crying.

Appearing on the show with Kerri-Anne Kennerley, Angela Bishop and Sarah Harris, the 44-year-old shared that after much thought, it was time for him to say goodbye.

"I do have some news. I want to say it here first before you saw it or heard it anywhere else," he began.

"I am leaving Studio 10. I have given it a huge amount of thought. It's been really hard, but also really lovely to be able to look back on all the things we have done."

After his announcement, both he and Harris got a little teary.

Hildebrand later shared a more detailed statement as to why he was leaving the show on his social media.

4. MAFS' Martha reveals that she broke up with her husband Michael… for approximately three hours.

Martha Kalifatidis and Michael Brunelli are one of the very few couples from Married at First Sight that are still together.

But when Martha appeared on The Kyle and Jackie O Show on Thursday, Kyle asked if they have ever broken up?

She explained that during their split, the couple didn't even spend time apart because they were living together. And once they realised how wrong of a decision they'd made, they got back together.

"Me and Michael have not broken up [sic]. We are actually really happy together. But we have broken up with our telco provider!"

Martha then explained the telephone provider she is now promoting.

Michael and Martha recently moved to Bondi. Michael runs his own online personal training business, while Martha is a successful influencer.

For most of her adult life, Katie Holmes has avoided the spotlight.

She's kept a low profile. She's rarely given interviews. She only shares small snippets of her life on social media.

Then this week she was photographed gloriously snogging a younger man outside of a restaurant in Manhattan. The man in the photos is 33-year-old restaurateur Emilio Vitolo Jr, and he's Holmes' brand new spanking boyfriend.

Being photographed kissing someone in public is an unusual move for Holmes and it marks a turning point in her life.

The photos prove that Holmes finally feels free to live her life on her own terms. 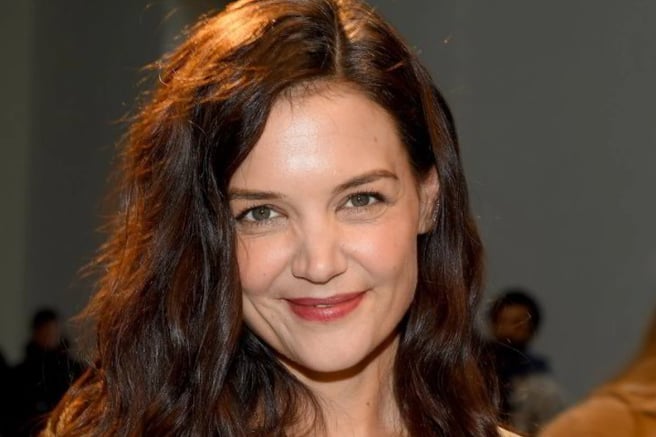 The now 41-year-old actress first came into the public eye when she starred as Joey Potter in the 90s teen drama, Dawson's Creek.

She was just 19 years old when she filmed the first season. In the early years of Dawson's Creek, Holmes dated her co-star Joshua Jackson. She later became engaged to teen movie star, Chris Klein.

Dawson's Creek ran for six seasons, and during its run and in the immediate years after it, Holmes starred in a bunch of cult movies including First Daughter, Teaching Mrs Tingle, Disturbing Behaviour and Go.

Then in 2005, Holmes landed her biggest, most controversial role to date. She became Tom Cruise's wife.

The pair initially met in April of that year when Cruise allegedly orchestrated a meeting between them because he was romantically interested in Holmes.

In May 2005, one month after they met, Cruise appeared on The Oprah Winfrey Show, where he declared his love for Holmes, and jumped on the couch.

Just seven weeks later, they were engaged. One year after that, their daughter, Suri, was born.

For more on Katie Holmes' life in the spotlight, read our earlier article here.