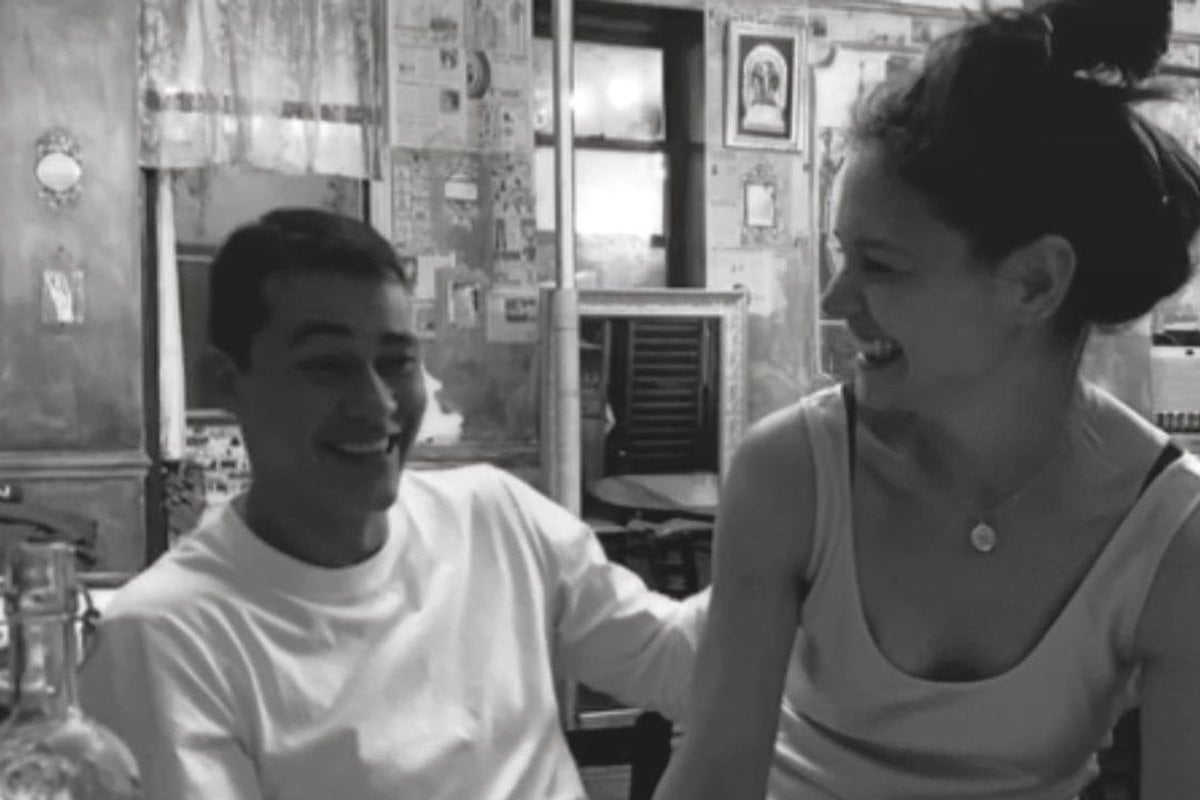 For most of her adult life, Katie Holmes has avoided the spotlight.

She's kept a low profile. She's rarely given interviews. She only shares small snippets of her life on social media.

Then, earlier this year, she was photographed gloriously snogging a younger man outside of a restaurant in Manhattan.

Being photographed kissing someone in public was an unusual move for Holmes, but this week, just four months later, the man pictured took their relationship one step further.

Holmes' boyfriend, Emilio Vitolo Jr, shared a picture of the pair on social media, professing his love for Holmes and wishing her a happy 42nd birthday.

It marks a turning point in her life.

The photos prove that Holmes finally feels free to live her life on her own terms.

WATCH: The celebrities who broke up and then worked together. Post continues below.

The now 42-year-old actress first came into the public eye when she starred as Joey Potter in the 90s teen drama, Dawson's Creek.

She was just 19 years old when she filmed the first season. In the early years of Dawson's Creek, Holmes dated her co-star Joshua Jackson. She later became engaged to teen movie star, Chris Klein.

Dawson's Creek ran for six seasons, and during its run and in the immediate years after it, Holmes starred in a bunch of cult movies including First Daughter, Teaching Mrs Tingle, Disturbing Behaviour and Go.

Then in 2005, Holmes landed her biggest, most controversial role to date. She became Tom Cruise's wife.

The pair initially met in April of that year when Cruise allegedly orchestrated a meeting between them because he was romantically interested in Holmes.

In May 2005, one month after they met, Cruise appeared on The Oprah Winfrey Show, where he declared his love for Holmes, and jumped on the couch. 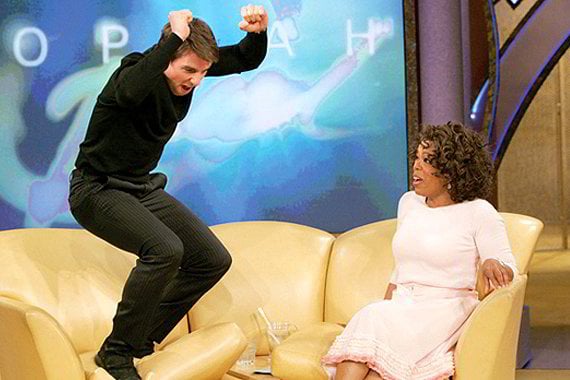 Just seven weeks later, they were engaged. One year after that, their daughter, Suri, was born.

The pair tied the knot on November 18, 2006, during a Scientology ceremony. Holmes, who was raised Catholic, had begun studying Scientology just days after the couple first met.

Five years into their marriage, Holmes unexpectedly filed for divorce. The Los Angeles Times reported at the time that Holmes used a disposable phone to make calls about the divorce and hired three law firms across three states.

Just 10 days later, on July 9, 2012, the couple announced they had already signed a divorce settlement. Holmes received primary custody of then six-year-old Suri and Cruise was granted visitation rights.

Their marriage and divorce has been mostly cloaked in secrecy. We don't know what happened between the couch-jumping declarations of love and the swift divorce five-and-a-half years later.

LISTEN: Love is in the air for Katie Holmes. Post continues below.

There's been plenty of speculation though. Many have alleged that Cruise's close ties and prominent role in the Church of Scientology played a huge role in the breakdown of their marriage.

At the time, some "insiders" alleged that Holmes was intimidated by the Church and was concerned Cruise might abduct Suri to keep her within the religion.

There was also the rumour that Cruise had imposed a bizarre rule on Holmes, during their quickie divorce settlement, that meant she could not “embarrass” him in various ways, including by dating another man publicly for five years after the divorce.

This rumour grew in credibility over the following years, as Holmes was repeatedly linked to fellow actor, Jamie Foxx.

The pair were allegedly first linked in 2013. They were photographed together only a handful of times over the years and never confirmed the rumours they were dating.

Then in January 2018, they made their first official public appearance at Clive Davis’ Pre-Grammy Gala. 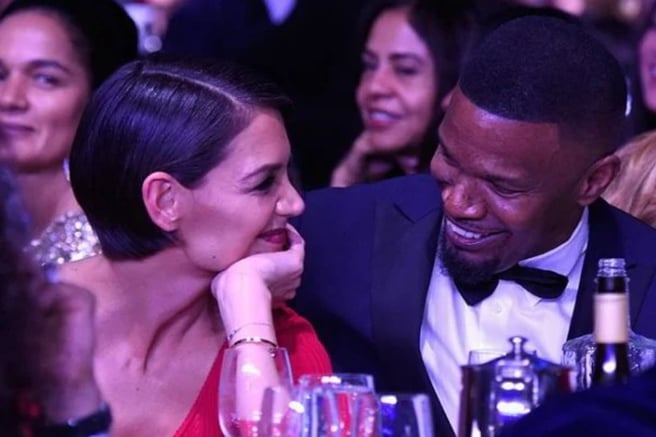 By August 2019, they had reportedly split. Neither of them have spoken publicly about each other.

Now, in stark contrast, Holmes' new partner Emilio has shared a picture of the couple, writing: "Every time I see your face it makes me smile. Happy Birthday! I love you!"

In the comments, Holmes replied: "Thank you so much my love. I love you too."

This wasn't a quick decision.

We don't know whether Holmes was restricted by a clause in her divorce settlement, or whether she just felt like she had to tread carefully. What we can conclude from his Instagram, is that Holmes no longer feels that way.

At 42, with a two-decade career and a very public divorce behind her, Holmes is now, more than ever, publicly choosing her own path.

Reply
Upvote
2 decade career? In what, exactly? She doesn't seem to have worked since she mat Tom Cruise.
M
mamamia-user-482898552 2 years ago

Reply
Upvote
1 upvotes
Or maybe Jamie Foxx didn't want to be tabloid fodder, so it was primarily his decision to not allow PDAs to be photographed by the paps during the years they were together? I find Tom Cruise as creepy as the next person, but it's a bit of a long bow to suggest that Katie has been controlled by him until this year.
Resources
Very Peri
Skin
News
General
Opinion
True Crime
Politics
Sport
Explainer
Entertainment
Celebrity
Reality TV
Movies
TV
Books
Rogue
Royal
Lifestyle
Beauty
Fashion
Weddings
Home
Wellness
Health
Fitness
Travel
Food
Family
Before The Bump
Pregnancy
Baby
Kids
Teens
School
Parent Opinion
Work & Money
Money
Finance
Career
Lady Startup