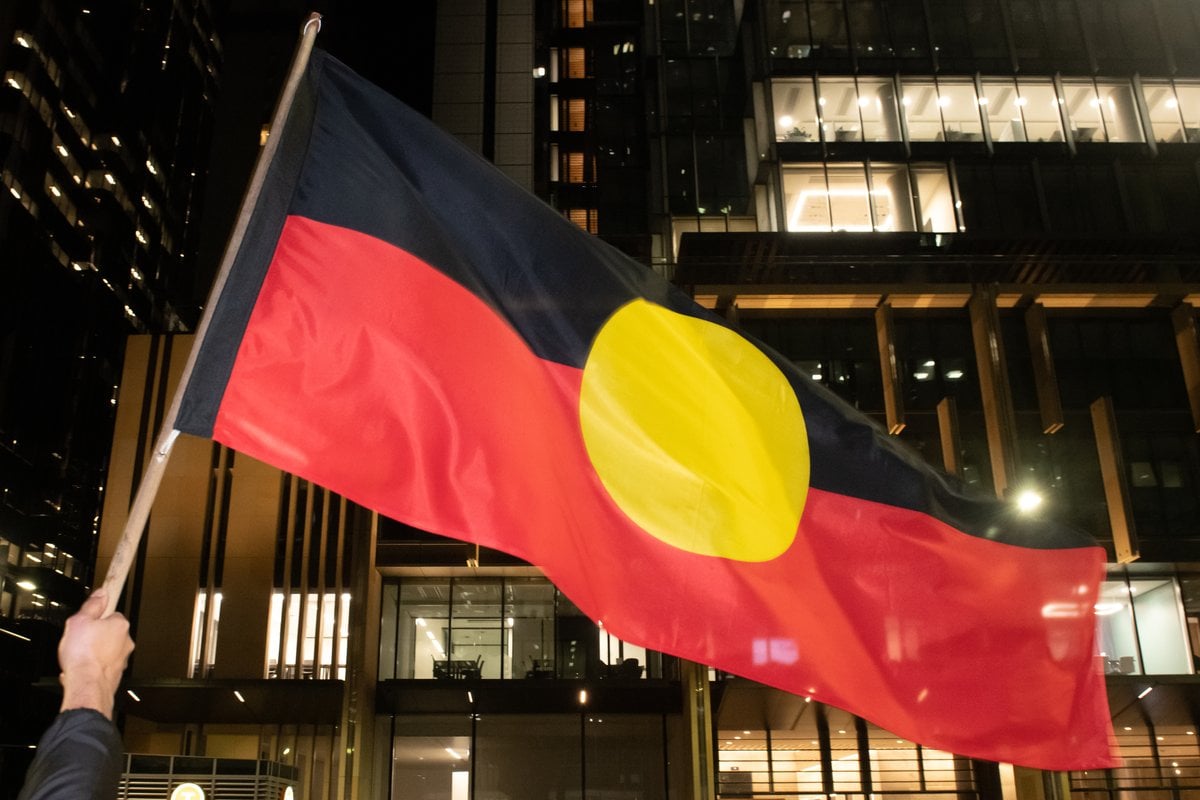 The measures were introduced to combat youth crime, which became highly charged in Queensland after the deaths of expectant parents Kate Leadbetter and Matthew Field on January 26 and Townsville woman Jennifer Board in February.

The controversial new laws target about 400 repeat offenders, most of whom are Indigenous.

Below, Maggie Munn from Amnesty International Australia shares her opinion on the laws.

With the recent anniversary of the Royal Commission into Aboriginal Deaths in Custody, the tragic death of another seven Indigenous people in custody in the past two months, as well as the conviction of the police officer who murdered African-American man George Floyd in the United States, focus has again turned to why so many Black people are locked up in Australia.

I’m going to preempt the keyboard warriors - please don’t give me the “where are the parents” or “if you don’t want to do the time, don’t do the crime” lines.

I suggest instead you listen, really actively listen, to the experience of my people – of both the long tail of trauma due to colonisation and the systemic racism kids as young as 10 are up against.

Listen to The Quicky, Mamamia's daily news podcast. On this episode, we explore Aboriginal deaths in custody 30 years on from the Royal Commission. Post continues below.

The amendments which have passed in Queensland earlier this month include reversing the presumption of bail for serious indictable offences, which means kids will be locked up instead of accessing the diversion programs, which, unlike prison, are proved very effective in reducing re-offending.

There have been notable media reports, you may even say campaigns, about youth crime waves in places like Townsville and Alice Springs (Mparntwe). In reaction to these reports, the Queensland and Northern Territory governments acted swiftly to wind back hard-fought reforms to their youth justice acts.

The Queensland government recently held public consultations and hearings – at which I gave evidence of Amnesty’s concerns with the amendments. In one of the so-called crime hot spots, the community meeting held to discuss the youth crime wave was cut short because so few people attended. To me, this doesn’t suggest a problem, but a perception of a problem.

What’s so disturbing about that is that governments are willing to jump at anecdotal evidence of a crime wave, but are unwilling to act when presented with actual hard evidence that locking kids up does more harm than good.

It’s natural that when people experience crime, they look for someone to hold responsible – and for the politicians terrified of losing a single vote over a perceived soft-on-crime approach, there’s no one easier to pick than kids who have next to no resources to stand up for themselves.

It’s much easier to throw a marginalised kid in jail than it is to face up to the challenging notion that your very existence is predicated on the oppression and disenfranchisement of the First Nations people of this country.

That’s not to say victims of crime are intentionally picking on Indigenous kids, they’re understandably disturbed and angry and want to see someone held accountable. Unfortunately, the structures of Australian society are based on racist ideas – that black people are criminal, feckless, drunk and therefore need the civilising hand of prison to set them straight.

However, all the evidence shows that not only are these things untrue, prison doesn’t work.

We need to direct that frustration currently channelled at an almost wholly confected “youth crime wave” onto those truly responsible for the cycle of recidivism – the lawmakers who refuse to listen to international child health and welfare experts, and the overwhelming evidence that prisons don’t work to address youth offending.

Kids thrown in jail before their 14th birthday are three times more likely to re-offend. Indigenous kids are more likely than non-Indigenous kids to be picked up for minor offences, which sets in motion the cycle. Common sense tells you this is going to contribute to the problem, not address it.

Watch: "Why I can't 'Get Over' the Stolen Generations." Post continues below.

What works in addressing youth crime is community and Indigenous-led programs. We have seen success with these programs, in Mount Isa, Townsville and Cairns, and we can see how beneficial and impactful these alternatives are. When we invest in these programs, as the government has in the past, we see a reduction in recidivism, all the while strengthening cultural ties and healing for these kids. These kids do not need increased police powers weaponised against them; they need support and nurturing from their communities and mob, and this can happen with success when alternatives to prison are supported.

The cruel irony is that under the same Queensland government that proposed these amendments, reforms were made in 2019 to keep kids out of watch houses and to invest in evidence-based diversion programs. These reforms appear to have led to a drop in crime - based on the evidence presented – perversely – by the Palaszczuk government the very day after these appalling amendments were passed.

And let me save the trolls from their brains exploding - this is not an argument about people not being held responsible for their actions. This is an argument about accepting that the root causes of Indigenous kids getting stuck in the quicksand of the criminal justice system are complex, so the solutions must be more sophisticated than cops and the media bullying little kids so someone feels like something has been done.

Queensland has just passed these amendments, and the Northern Territory is poised to pass similar legislation which will prevent kids from accessing the kinds of diversion programs the government invested in after the scandal that led to the Don Dale Royal Commission.

It’s heartbreaking to me that little Indigenous kids mean so little to our politicians they’re willing to literally trade their lives away for votes. If you think that’s hyperbolic, then I invite you to contemplate the lives of the 474 black people who have died in custody since the Royal Commission into Aboriginal Deaths in Custody.

If we want to be serious about the idea of a fair go in Australia, then we must stand up and demand better for our kids – that’s something surely all Australians, black and white, can get behind.

Reply
Upvote
1 upvotes
I don't see why "community and indigenous led programs" can't be implemented at the same time as the enforcement of these new laws?  Maybe a multipronged approach is the way to go.

The amendments which have passed in Queensland earlier this month include reversing the presumption of bail for serious indictable offences, which means kids will be locked up instead of accessing the diversion programs, which, unlike prison, are proved very effective in reducing re-offending.

Reply
Upvote
1 upvotes
@cat the links in the article shows that crime increased with the diversion programs.

Reply
Upvote
5 upvotes
So they'll legislate ankle bracelets for indigenous kids, but not for men who kill their partners and breach AVO's. Queensland has a shocking family violence problem and nothing gets done about it.  Like its indigenous inaction. Racism and misogyny - will they be your legacies Palaszczuk?

Reply
Upvote
2 upvotes
@anonymous can they not try to fix2 issues at the same time?