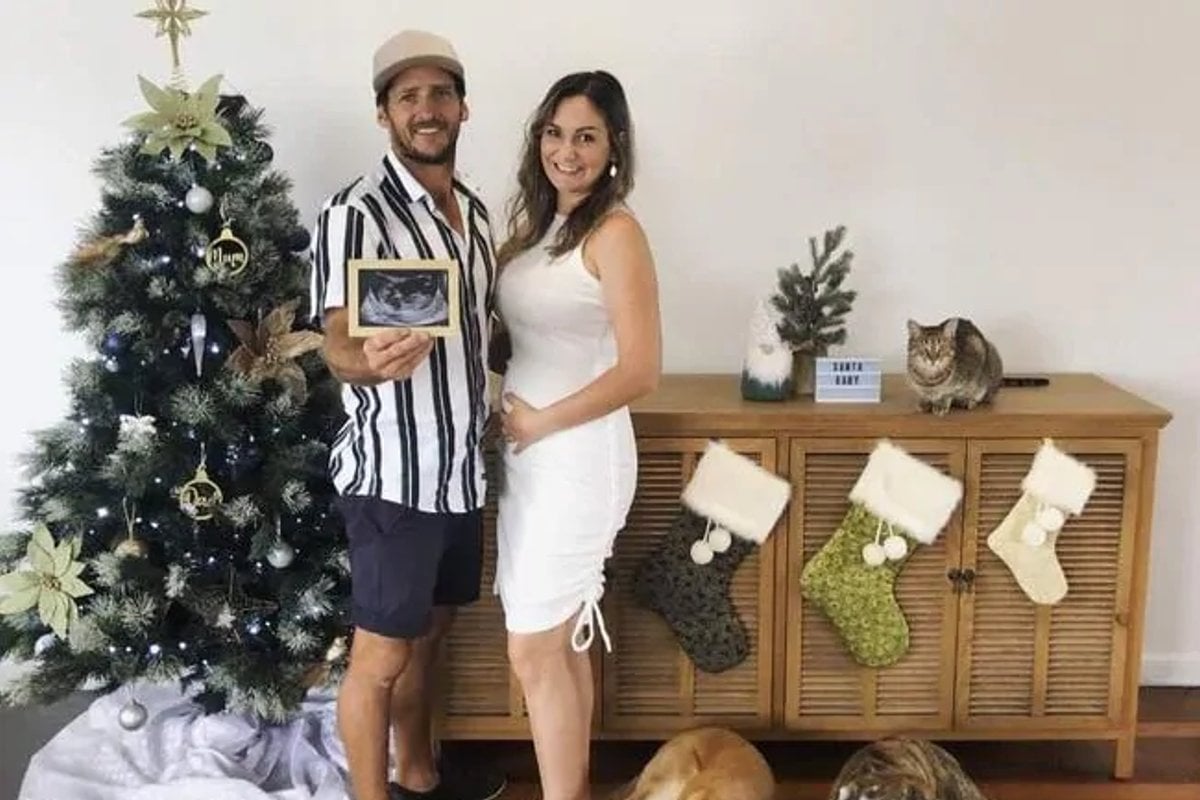 On the afternoon of January 26, Brisbane couple Kate Leadbetter and Matthew Field took their dogs Frankie and Django for a walk.

According to a report by The Australian, the couple usually made a right turn when they left their home for their daily exercise, but on Tuesday they turned left towards an intersection on Finucane Road in Alexandra Hills.

As they were crossing the road, they found themselves in the path of a rolling 4WD.

Police allege a stolen Landcruiser driven by a 17-year-old boy – who cannot be identified, as he is underage – ran a red light and collided with a truck at an intersection before the 4WD rolled and ploughed into the couple who were crossing the road.

Leadbetter, 31, and Fields, 37, both died at the scene. It is understood Leadbetter was six months pregnant.

Watch: A vigil was held for Kate Leadbetter and Matthew Field on Wednesday night. Post continues below.

On Friday, the families of Leadbetter and Fields made a statement.

"The families of Matt and Kate would like to thank everybody for their love and support during this devastating time," a family spokesperson said.

"Our shock and grief have been so overwhelming, that it’s only now that we feel able to make a statement to acknowledge the outpouring of sympathy we have felt from the local Redlands community, and the many wonderful people Australia-wide," they continued.

"To have lost three cherished members of our families in such a senseless and sudden way is beyond our comprehension. For us to sit here today without our beautiful son Matt, and our darling daughter Kate, is unbearable."

The spokesperson for the families shared that the couple had planned on naming their unborn baby Miles.

"We are grief stricken that they never got to experience the birth of their baby boy, who we discovered in recent weeks was to be named Miles," they said.

"There is a nursery created by Kate and Matt with joy and love and anticipation that our little grandson Miles will never occupy.

"We would like to acknowledge that our pain is not unique. Many families unfortunately know all too well how we have felt since Tuesday afternoon. Often their losses do not receive the same widespread sympathy that helps sustain us now.

"All children are precious and wonderful in the eyes of their families. But Matt and Kate were truly great human beings: talented and funny, and such good company at the happiest point in their lives, about to embark on the thrilling adventure of parenthood. We were so looking forward to sharing that adventure with them.

"Kate, Matt, and little Miles: we love you, we miss you, we are forever heartbroken."

The families also wanted to thank the police and the community for the outpouring of sympathy, as well as those who helped find the couple's dog, Frankie.

"To all who spent hours searching the streets and parklands of Alexandra Hills and Wellington Point for our poor frightened Frankie... we are so grateful," the family said.

"To all who attended the vigils, or donated money for Frankie, or sent their beautiful messages of love and sorrow — we appreciate you all more than we can say.

"To our wonderful families and friends — we know you are with us, and hurt just as we are hurting."

The search for Frankie.

The search for Frankie, who ran away after the crash, began on Tuesday night when it was discovered she had Addison's disease and required medication twice daily.

"I couldn't bear to think of this poor dog, after what it had witnessed, being stuck out there in the bushlands, alone, scared and possibly quite injured," local resident Kelly Gilbert told ABC Radio Brisbane.

"I'd just thought I'd get out there and give it a go and hope that I could find her." 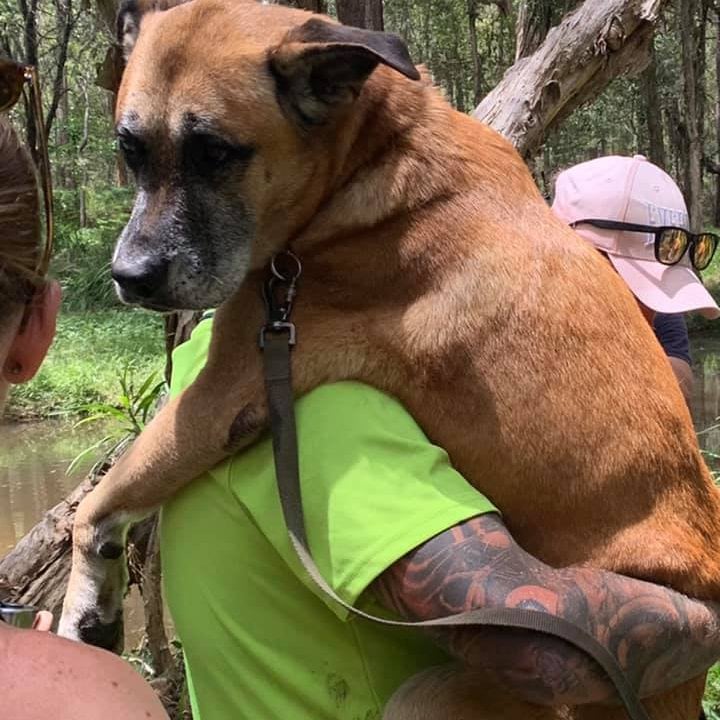 A Facebook page was set up for residents to document their searches, and Frankie was eventually discovered off a nearby walking track, thanks to Gilbert's dog Hermione.

A GoFundMe page was set up for Frankie's vet bills, but a vet has since said he would waive all fees, freeing up the money to go towards the couple's funerals.

Frankie and Django are now in the care of family.

"Everything that is beautiful in this world."

Leadbetter and Field had only recently shared a photo of them at Christmas time proudly holding up an ultrasound of their baby.

Leadbetter's aunt Danielle said the sudden deaths have shocked and devastated their families.

"[Leadbetter's father] John is just in shock – he can't even talk," she told The Courier-Mail.

"The whole family is in exactly the same state.

"If someone is sick and you know that they're going to die, you can prepare for that. You can't prepare for a tragedy like this."

Leadbetter's younger sister wrote a message on social media remembering her family members and thanking the community for their support.

"You never really expect to lose three people you love so much without any warning,” she wrote, as reported by news.com.au.

"It's one of those things you hear about but never think will happen to you and your family.

"When I say I genuinely can’t process this, I mean it... I would do anything to hear her laugh one last time and to have Matt pick on me over something stupid only a brother would pick on.

"They were two of the greatest people on this earth and were so happy, it's the happiest I've ever seen the both of them.

"I find comfort in knowing they passed doing something they love and doing it together." 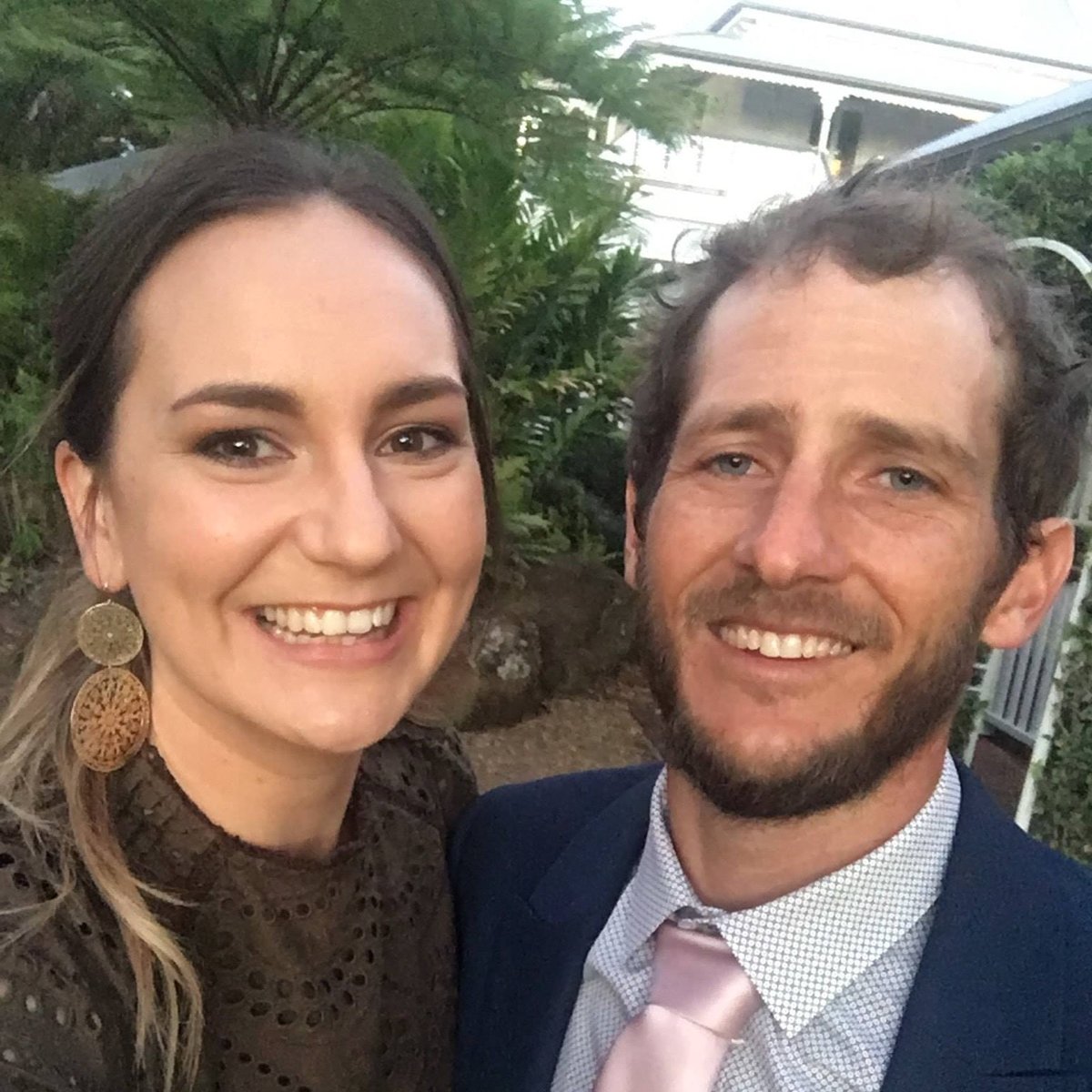 Tributes to Leadbetter and Field flowed at a Wednesday night vigil at the site of their deaths.

Danielle Leadbetter spoke of her "beautiful" niece and recalled her being a flower girl at her wedding.

"I want Kate to be remembered as a beautiful, happy, loving young girl - that's the way I remember her... especially on my wedding day," she said, the ABC reported.

"She was cute and adorable."

A Courier Mail investigation reported the teen had recently pleaded guilty to about 50 offences.

"No parent should have to bury their child. Ever. I feel sorry for everyone involved. The paramedics, police, the people who witnessed it. You never get over a traumatic event," Danielle said.

"She was just everything that is beautiful in this world so Queenslanders posting on social media, I'm reading it, you're angry, let's change the laws, take this anger and challenge it into something positive so it's not your child that you are burying one day.

"I hope that Premier Annastacia Palaszczuk and our lawmakers are watching this." 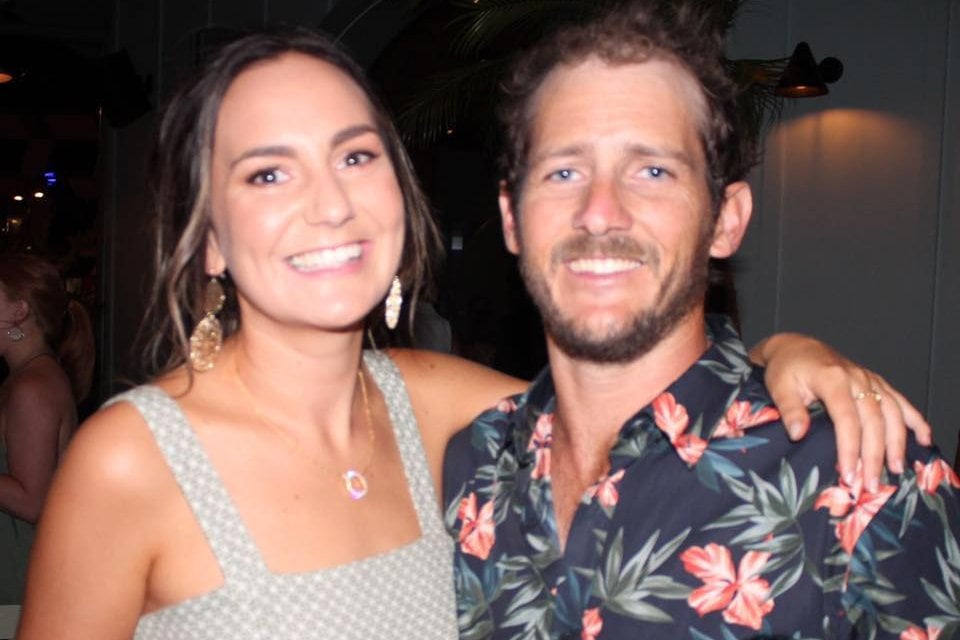 "And if there's anything more we can do to strengthen our laws, we absolutely will."

The alleged driver attempted to flee the scene but was held in a citizen's arrest by Adam Lauriston until police arrived.

It will be alleged the boy deliberately collided with another car at the same intersection shortly before the couple were killed.

Police believe the Landcruiser was stolen from a home in Cleveland earlier that afternoon.

The 17-year-old was charged with two counts of murder as well as offences relating to dangerous driving while under the influence of an intoxicant and burglary.

He could also be charged over the death of an unborn child.

Police are waiting for confirmation of Leadbetter's pregnancy and Assistant Commissioner Brian Codd said there was provision for offences relating to the killing of unborn children.

Outside court, the teen's lawyer Patrick Horgan said it had been a "very traumatic experience for everyone involved" and declined to comment further.

Mr Horgan strongly objected to media applications to be present as the matter was heard, saying it could be prejudicial to the teen's right to a fair trial.

His objection was overruled by magistrate Rosemary Gilbert.

"They are charges which are of an extremely serious nature," she said.

"There is in my view good reason to allow the reporting of the proceedings today."

The teen has been remanded to reappear by video link in March.

Reply
Upvote
It’s so awful and bizzare- a young family go out for a walk and suddenly they’re gone. It’s almost more awful because it was so fast and meaningless.
random dude a month ago

Reply
Upvote
4 upvotes
I'd just like to mention another person - the tow truck driver from a small family company who was also hit during this incident and provided assistance to the people killed and used his training to clear and protect the accident site.
His truck was impounded by Police for evidence with no idea how long until he get's it back  - so he is now out of work. A GoFundMe has been set up for him.
I figure if Frankie the lost dog gets a mention in the story, this guy should as well.
rush a month ago

Reply
Upvote
2 upvotes
@random dude not to mention the emotional trauma of it all. The Go Fund Me is under "Help Daniel The Tow Truck Driver".
random dude a month ago

Reply
Upvote
@rush Thanks for the info Rush, I wanted to add those details, but did not think it would be published.
Just to update the story - the fund has raised $40K and the sister who started the GoFundMe  is not accepting anymore donations.
rush a month ago