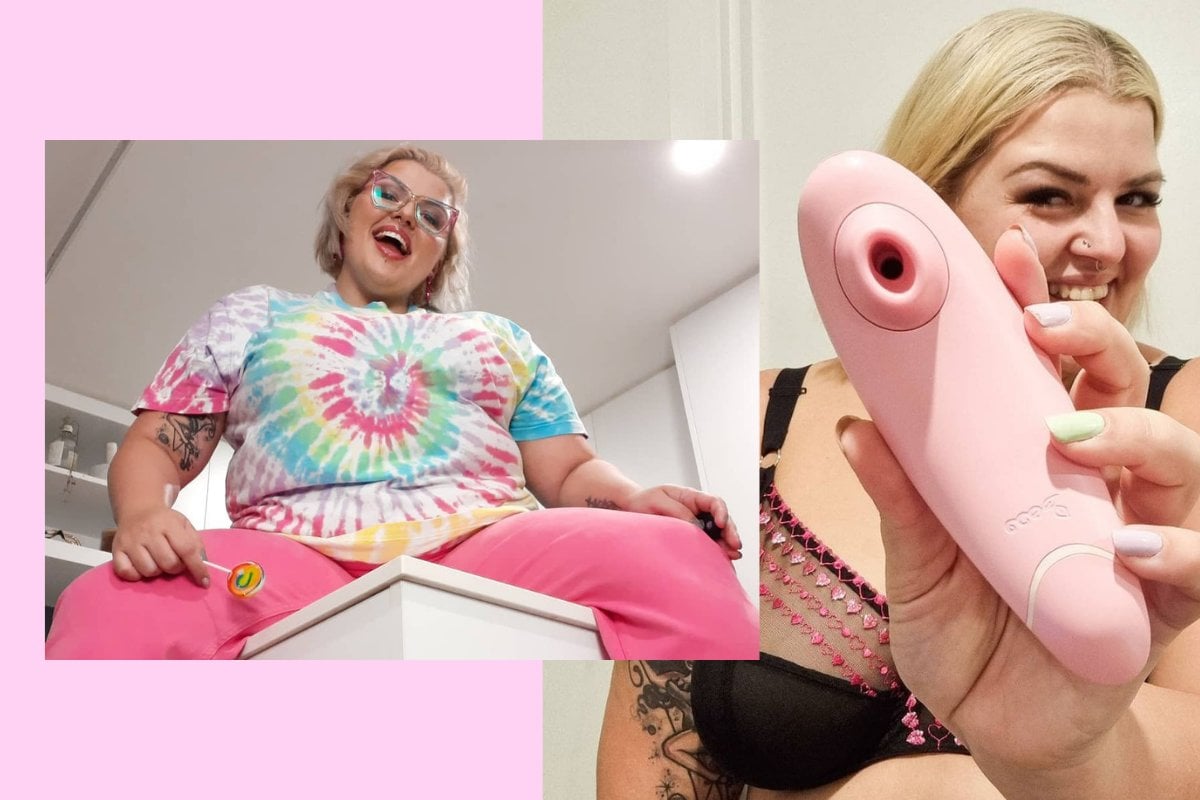 Have you ever been afraid that you’ll lose your orgasms? I’m not talking about being on the brink of climax and then getting distracted, I’m talking about never orgasming again. EVER.

Quick! Have a watch of the juiciest results from the Mamamia sex survey. Post continues after video.

Anyway, I’m now 32 and luckily for me, I am past the point in my life where I believe random women and their misinformed opinions about my body. However, I do have a new masturbatory-related concern that’s consuming my mind: I think I’ve overcooked my clit.

A little about me: I’ve been single for four years. I have a stressful and busy life and I have the added bonus of reviewing sex toys as part of my job. So, my collection is endless.

How did I come to this conclusion?

So I tried again.

A great idea in theory but after another 15 minutes of laying there, having to crank the Womanizer up to its highest setting and eventually my clit going numb, I gave up. A sad and frustrating turn of events.

Now one failure does not a problem make, but as I laid there trying to shake off the frustration, my hyperactive brain turned my masturbatory woes into a math equation:

But now it can take me more than ten minutes on the highest settings. I just don’t have the time for that. So, I spent the next four hours in an anxiety spiral terrified that I may have permanently cooked my clit and that my orgasms were going to be a lot more work from now on.

I had heard of DVS, and it was a terrifying prospect for mid-spiral 3am Lacey.

When I woke up the next day, did my Googles and consulted with some actual health care professionals, it turns out DVS is not really a thing. There is no evidence to support this notion at all. The overuse of vibrators will not cause permanent damage to the nerve endings in your clitoris.

Though I would like to note that around 11 per cent of people who use vibrators do occasionally experience general numbness of the clitoris, labia and vulva after use and sensation returns over time. So if this is you, you’re completely normal.

Speaking of 'normal', did you know that there are actually seven different types of orgasms?! In this episode of Sealed Section, Sexologist Chantelle Otten runs through them all. Post continues after podcast.

So here's my return to glory clit roadmap of what am I doing now:

It’s important to approach your pleasure with an open mind and without judgement. We all have embarrassing stories and we have things to learn. For example, one friend told me she once masturbated for so long that she bruised her clit. It was purple for days.

So perhaps it's time to be kind to your clitoris - it’s the only one you’ve got.

I’m the kind of person that gets frustrated when it takes me ten minutes to orgasm so I don't need to tell you that analogue isn’t my thing but I’m giving it a go. I’m sure my body will thank me later.

My tip for when you are ready to return to your suction cup vibrators is to add a dash of lube. It’s a game-changer.