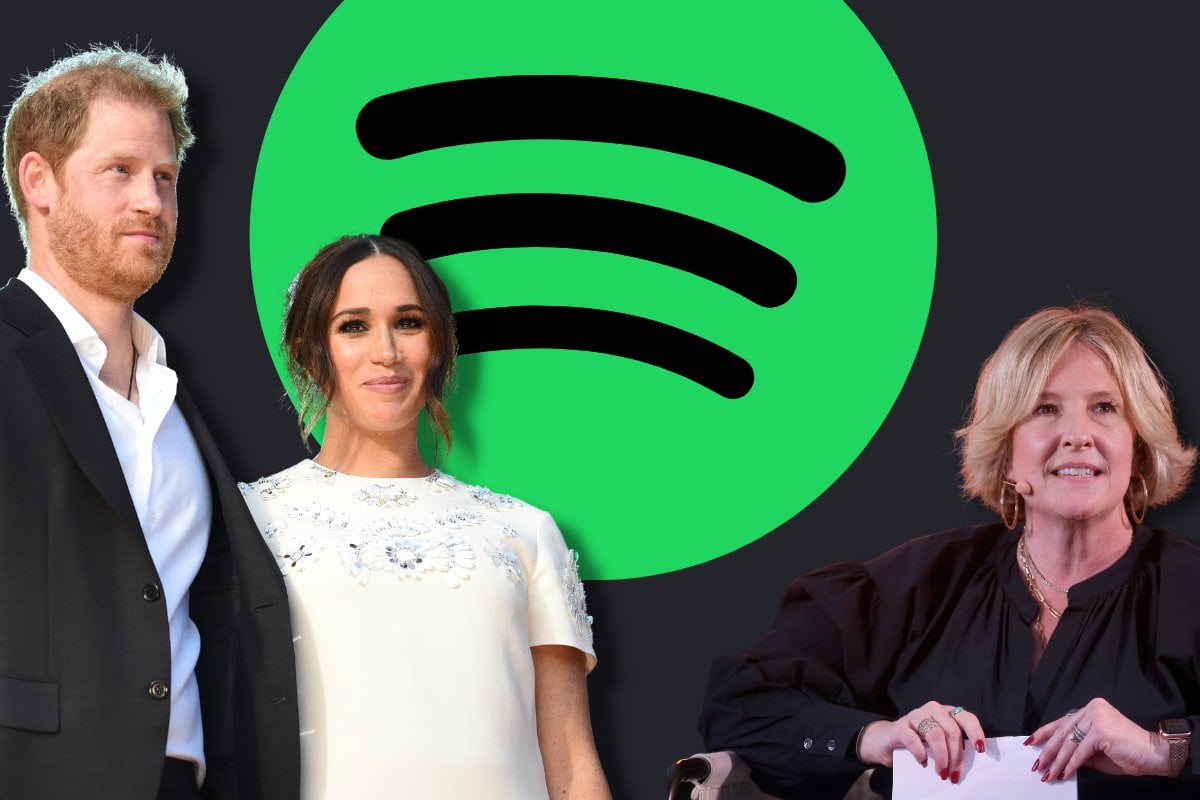 It turned out Neil Young was just the first domino.

The Canadian-American singer, one of the most celebrated artists of all time, pulled his vast catalogue from streaming service Spotify last week, and others have followed suit.

Joni Mitchell was the next big name to do so, announcing she stood in solidarity with Young. Among others boycotting the platform is author and podcast host Brené Brown.

The controversy has even brought out Prince Harry and Meghan Markle, who have expressed concerns over COVID-19 misinformation on Spotify.

ICYMI: the decision by Young, 76, came after he criticised Spotify's support of Fear Factor host-turned-podcaster Joe Rogan, who Young accused of spreading COVID-19 vaccine misinformation on the platform. At the time of writing, the only Young music that remains are songs that appear in past compilation and soundtrack albums.

"They can have Rogan or Young. Not both," Young wrote in a now-deleted letter on his website.

On January 26, Spotify announced it had agreed to remove his catalogue.

"We want all the world's music and audio content to be available to Spotify users," the streaming service said.

"With that comes great responsibility in balancing both safety for listeners and freedom for creators. We have detailed content policies in place and we've removed over 20,000 podcast episodes related to COVID-19 since the start of the pandemic," it said in a statement.

The company said it regrets Young's decision, but hopes "to welcome him back soon."

On January 24, Young wrote an open letter on his website alleging that "Spotify is spreading fake information about vaccines – potentially causing death to those who believe the disinformation being spread by them".

"I want you to let Spotify know immediately TODAY that I want all my music off their platform," he continued.

Young's issue is with The Joe Rogan Experience, by far the platform's biggest podcast. In 2020, host Joe Rogan signed an exclusivity deal worth (US)$100 million, depending on performance.

Young's strong views on viruses and vaccination are hinted at in his 2012 autobiography Waging Heavy Peace, where he recalls contracting polio as a five-year-old, before the vaccine, which helped eliminate polio from most of the world, was widely available.

Meanwhile, Rogan has faced criticism throughout the pandemic for peddling, or giving platforms to others who peddle, misinformation and anti-vax views. 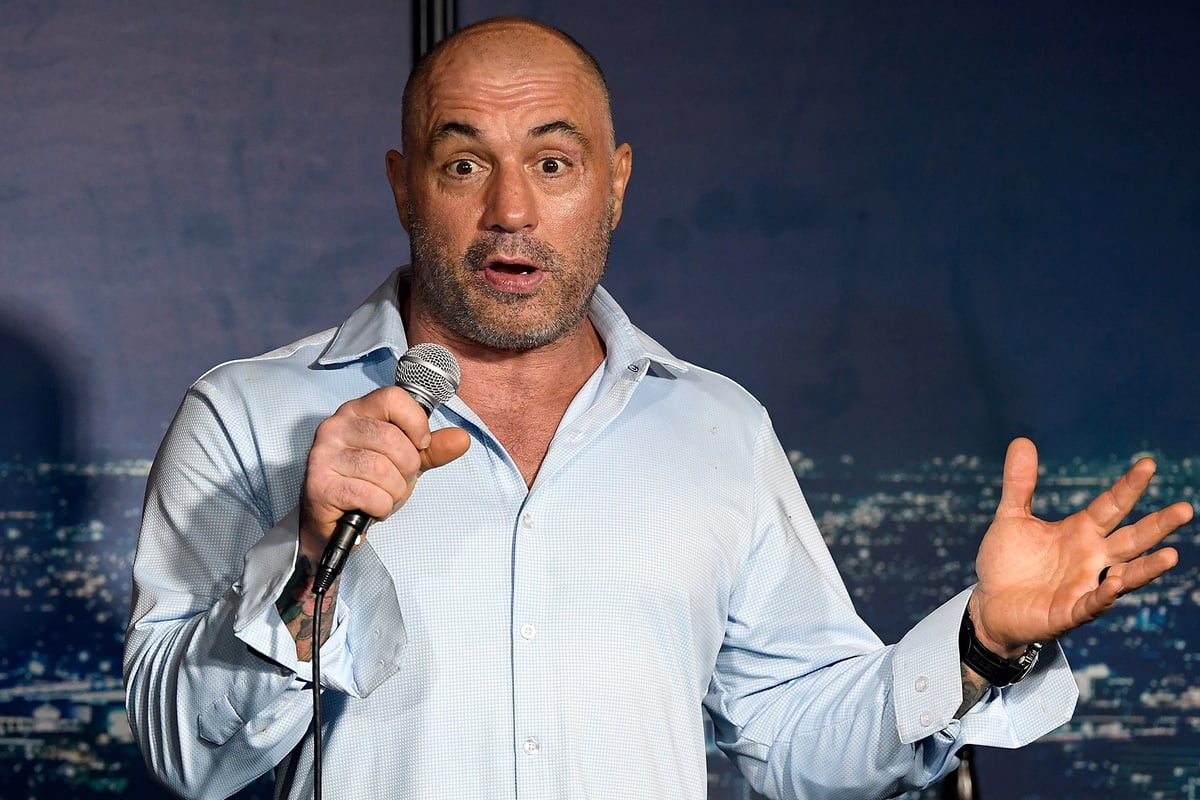 In 2020, after Rogan featured conspiracy theorist Alex Jones on an episode, Spotify chief executive and co-founder defended the podcast.

"We want creators to create," Daniel Ek told The Financial Times at the time. "It's what they do best. We're not looking to play a role in what they should say."

"All my music is available on Spotify, being sold to these young people, people who believe what they are hearing because it is on Spotify, and people like me are supporting Spotify by presenting my music there.

"I realised I could not continue to support Spotify's life threatening misinformation to the music loving public."

Young wrote he did not have legal power to remove his music himself. He thanked the entities with financial stakes in his music and acknowledged the financial hit they would take because of his move.

"Spotify represents 60 per cent of the streaming of my music to listeners around the world, almost every record I have ever released is available - my life's music - a huge loss for my record company to absorb. Yet my friends at Warner Brothers Reprise stood with me, recognising the threat the COVID misinformation on Spotify posed to the world."

He thanked those who had sent support his way following his initial letter.

"I truly want to thank the many, many people who have reached out to me thanking me for taking this position - people who are health professionals on the front lines, people who have lost loved ones to COVID or who are worried for their own children and families. I have never felt so much love coming from so many," he wrote.

Young has pulled his music from Spotify before.

Young pulled his music off Spotify and other streaming services in 2015, citing substandard sound quality.

"I don't need my music to be devalued by the worst quality in the history of broadcasting or any other form of distribution," he said at the time. "I don't feel right allowing this to be sold to my fans. It's bad for my music."

He relented in 2016, telling Rolling Stone in 2019 that he wanted anyone who wanted to access his songs to be able to do so.

"That's where people get music. I want people to hear my music no matter what they have to get through to do it. I'm just trying to make it so they hear a lot more and enjoy it a lot more, but sell it for the same price because music is music."

Following his removal from Spotify again, Young wrote listeners could still enjoy his 60 years of music on other platforms including Apple Music and Qobuz. Fans can also access his full catalogue (of over 40 albums) on his own Archives platform at US$20 a year.

What other artists have followed suit?

In his letter, Young said he hoped "other artists and record companies will move off the Spotify platform and stop supporting Spotify's deadly misinformation about COVID".

Among those responding to Young's call are Prince Harry and Meghan Markle, who have a reported US($25) million podcast deal with the platform.

In light of the ongoing controversy surrounding @Spotify’s continued support of Joe Rogan, whose podcast has spread proven misinformation about Covid-19 and vaccine efficacy, a spokesperson for Archewell (Prince Harry and Duchess Meghan’s foundation) says: pic.twitter.com/MZE7RqTNxY

In a statement, a spokesperson from their production company Archewell Productions shared the couples position.

"Last April, our co-founders began expressing concerns to our partners at Spotify about the all too real consequences of COVID-19 misinformation on its platform. We have continued to express our concerns to Spotify to ensure changes to its platform are made to help address this public health crisis. We look to Spotify to meet this moment and are committed to continuing our work together as it does," the statement said.

"Since the inception of Archewell, we have worked to address the real-time global misinformation crisis. Hundreds of millions of people are affected by the serious harms of rampant mis- and disinformation every day."

"Irresponsible people are spreading lies that are costing people their lives. I stand in solidarity with Neil Young and the global scientific and medical communities on this issue," Mitchell shared in a statement.

"We encourage all musicians, artists and music lovers everywhere to stand with us and cut ties with Spotify," Lofgren said.

In a tweet, podcast host Brené Brown announced that she will not be releasing any podcasts on Spotify until further notice.

I will not be releasing any podcasts until further notice. To our #UnlockingUs and #DaretoLead communities, I’m sorry and I'll let you know if and when that changes.

"To our #UnlockingUs and #DaretoLead communities, I'm sorry and I'll let you know if and when that changes," the tweet said. "Stay awkward, brave, and kind." 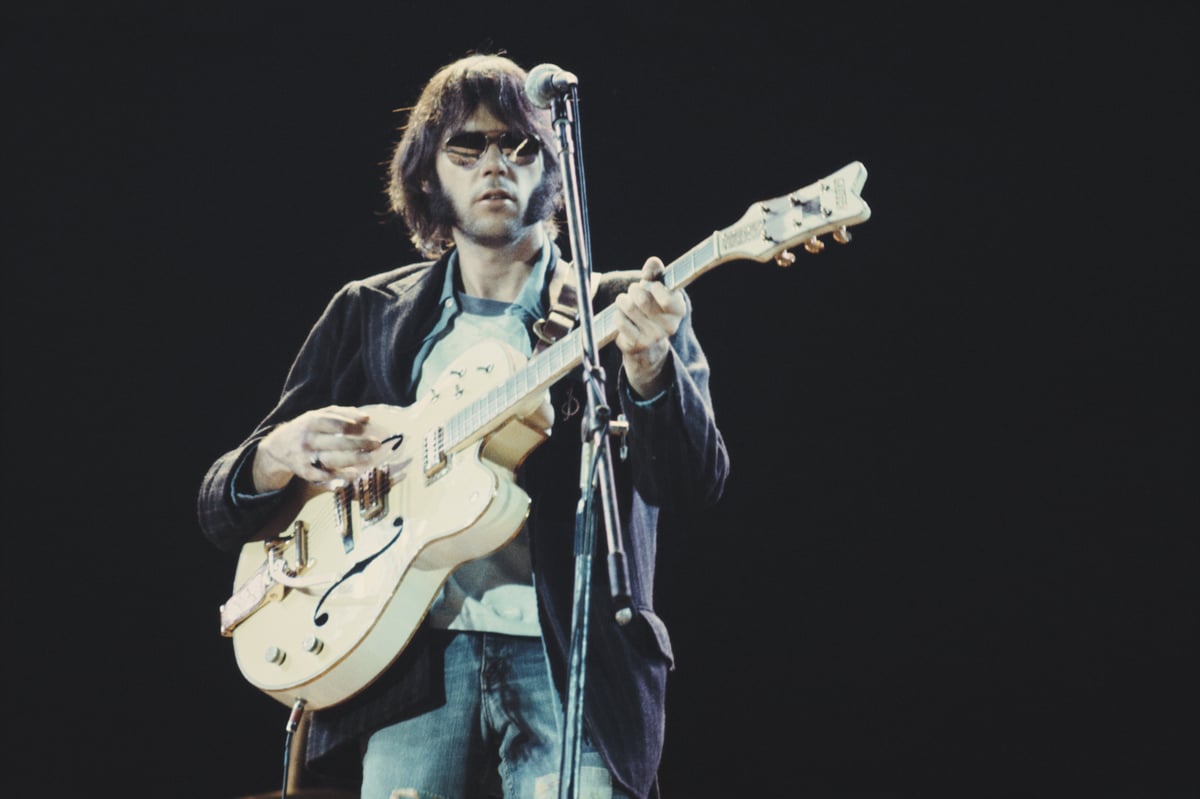 How has Spotify responded?

On December 30, Spotify CEO Daniel Ek announced new measures to combat COVID misinformation, but he did not address the issues raised about Rogan directly.

"Based on the feedback over the last several weeks, it's become clear to me that we have an obligation to do more to provide balance and access to widely-accepted information from the medical and scientific communities guiding us through this unprecedented time," Ek said.

There’s been a lot of conversation about information regarding COVID-19 on Spotify. We’ve heard the criticism and we’re implementing changes to help combat misinformation. https://t.co/ic8jfR1RNR

Spotify will publish their long-standing platform rules, add content advisory on any podcast episode discussion about COVID-19 and test new ways to highlight platform rules around what is acceptable for creators.

"We take this seriously and will continue to partner with experts and invest heavily in our platform functionality and product capabilities for the benefit of creators and listeners alike. That doesn't mean that we always get it right, but we are committed to learning, growing and evolving," Ek said.

This article was originally published on January 28 and has been updated.

Reply
Upvote
1 upvotes
This cancel culture is driving me crazy. Can’t we listen to different views any more? I’m vaccinated but hate all this negativity to people who are offering advice on the other side of the vaccine coin.
M
mamamia-user-482898552 6 months ago

Reply
Upvote
2 upvotes
@random 4126 There is no legitimate "other side of the coin" in this context. Personally what I'm sick of is the inference that an opinion should be weighted the same as a qualification or actual expertise.
L
laura__palmer 6 months ago

Reply
Upvote
@random 4126 The other side is pseudoscience and misinformation. It's dangerous and they are opinions based on fear and ignorance.
S
snorks 6 months ago

Reply
Upvote
2 upvotes
@random 4126 if people are offering a valid alternative opinion that's fine. If they are spouting disproven drivel, then no, they can't.
F
fightofyourlife 6 months ago

Reply
Upvote
1 upvotes
I think Harry and Meghan have produced one podcast for Spotify.  I can’t imagine that their opinion has much sway in corporate HQ.
M
mamamia-user-482898552 6 months ago

Reply
Upvote
2 upvotes
@mb1111 They're seemingly not intending to leave the platform in any case.
M
mb1111 6 months ago