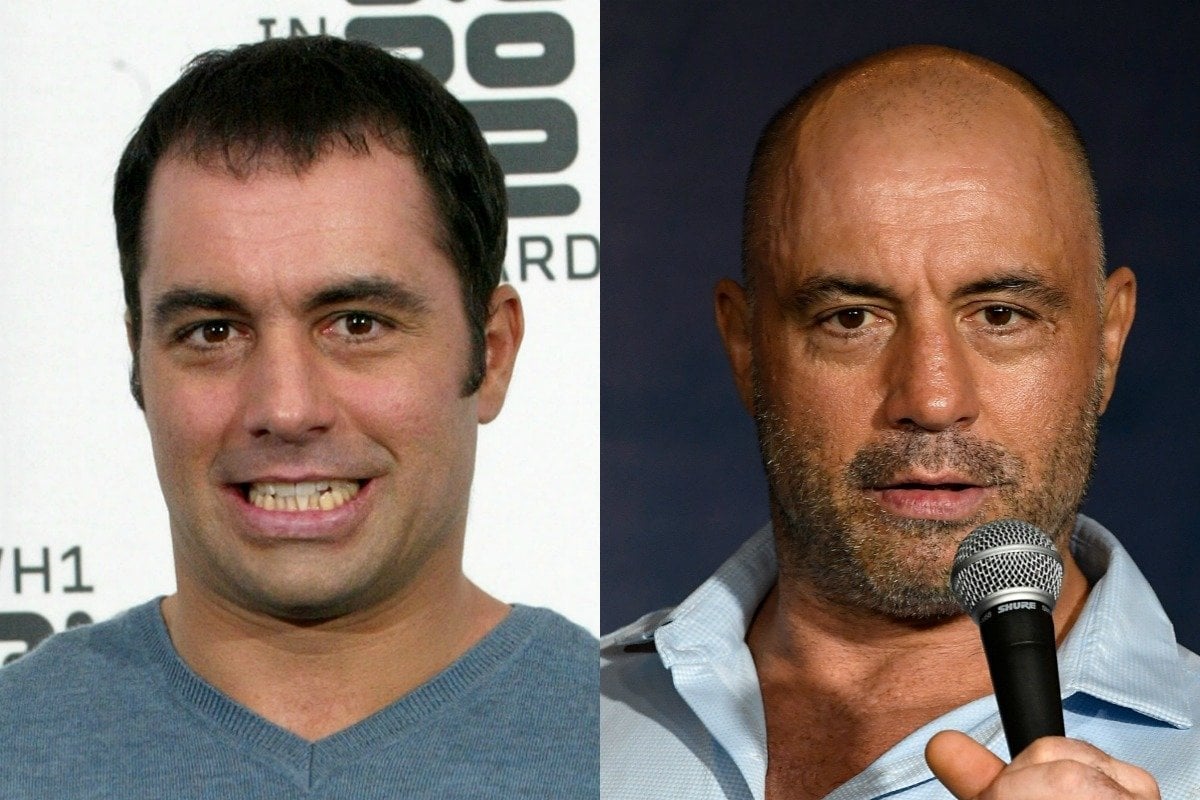 If you know a man who listens to podcasts, he will almost certainly listen to Joe Rogan.

According to Apple podcasts, The Joe Rogan Experience is the biggest podcast in the world. In 2019, it was reported  his podcast was downloaded 200 million times a month. For context, that's double the amount of people who watch the Super Bowl every year - the most popular sporting event in the world.

Rogan launched his podcast back in 2009 and has since released 1565 episodes, giving him one of the longest back catalogues of any show. It has also been reported that in 2019, The Joe Rogan Experience was the top earning podcast in the world, with more than $30 million in revenue.

Rogan spends more time in men's ears than almost anyone else, and yet the average person knows very little about him.

While his guests - from Elon Musk to Mike Tyson to Bernie Sanders - are a significant draw card, it's Rogan himself that has people coming back, week after week. As Devin Gordon put it for The Atlantic, his followers are "not aligned around any narrow set of curiosities or politics... they’re aligned around Joe".

Here's what we know about the life of Joe Rogan.

Rogan's mother was a teenager, some speculate around 14 years old, when she gave birth to him in 1967. He grew up in New Jersey, and has not had any contact with his father since he was seven.

Speaking to Rolling Stone in 2015, Rogan said: "All I remember of my dad are these brief, violent flashes of domestic violence. But I don’t want to complain about my childhood. Nothing bad ever really happened to me. It was just confusing, you know? He was just a very violent, scary guy. After the split, we moved to San Francisco and that was it. Never heard from him again... I don't hate the guy."

One of the lessons he learned from his father, he recounted, is that he was allowed to beat someone up, as long as he didn't cry. As a child he spent time at his father's bar and recalled watching him "beat the f*ck out of someone".

It's reported that Rogan is not close to his sister due to the claims he's made about their biological father.

Rogan was brought up by his mother and stepfather who he describes as a "hippie". He was eight when his stepdad encouraged him to try marijuana for the first time.

As a teenager, Rogan developed an interest in martial arts and says it's "the first thing that ever gave me hope that I wasn't going to be a loser". He completed high school and attended university in Boston before dropping out because he considered it pointless.

Fear Factor and the murder of a close friend

Rogan was 21 when he performed stand up comedy for the first time. The content was renowned for being explicit, and so most of his gigs were performed at bachelor parties and strip clubs. While performing in Boston, Rogan was scouted by a talent manager, who encouraged him to move to New York and pursue comedy full time.

For most of his 20s, Rogan explored television opportunities on MTV and NBC. Rogan starred in a sitcom called NewsRadio as Joe Garrelli, a role that originally belonged to Ray Romano (Everybody Loves Raymond). Romano was let go after one episode. While on set, Rogan befriended another member of the cast named Phil Hartman who voiced characters on The Simpsons and performed on Saturday Night Live. As their friendship developed, Hartman told Rogan he was having marital problems. Rogan advised him to leave the marriage, but Hartman insisted he loved his children too much and "didn't want to leave".

In 1998, Hartman was sleeping when his wife Brynn Omdahl entered his bedroom at 3am. She shot and killed him, before later taking her own life.

Rogan has since told the Nerdist podcast: "It was awful... I knew both of them. It opened my eyes up to the actual real dangers of bad relationships." He took some time off performing and reconsidered his career trajectory.

In the late 1990s, Rogan also explored UFC commentating and established a loyal fanbase. But it was 2001 when the 34-year-old would enter the mainstream entertainment industry as the host of Fear Factor, a program where participants faced their worst fears while competing for a grand prize. As a result of the exposure, audiences at Rogan's stand up shows began to grow, and he was afforded a number of additional television opportunities, including an appearance on Just Shoot Me.

Podcasts had not entered the mainstream when Rogan launched The Joe Rogan Experience in 2009.

The first episode was recorded with fellow comedian Brian Redman and included long periods of dead air, where they were trying to master the equipment.

In the 11 years since launch, Rogan has interviewed comedians, athletes, academics, authors, celebrities, politicians and various others. His most popular interviews were with guests Bernie Sanders, Edward Snowden, Neil deGrasse Tyson, Jordan Peterson and Jay Leno.

Rogan describes his politics as "pretty liberal", although he has been criticised by left-leaning commentators for the platform he has provided right-wing pundits like Ben Shapiro and Candace Owens. He has also amplified the voices of figures widely considered dangerous, such as Alex Jones, who believes many high-profile politicians are part of a pedophile ring, the Sandy Hook shooting was staged, fluoride in the water lowers our IQ, the government created HIV, vaccines cause autism and climate change isn't real.

The podcast drops around three times a week and episodes range from an hour long to more than five hours. According to an interview with Jordan Peterson, each episode of The Joe Rogan Experience attracts approximately 11 million downloads.

In May 2020, it was announced that the podcast had signed a licensing deal with Spotify, worth an estimated $100 million.

In 2009, Rogan married Jessica Ditzel, a former model and cocktail waitress. Seven years younger than Rogan, the pair met at a bar in LA in 2008, marrying shortly afterwards.

Ditzel had one daughter, Kayja Rose, when they met, to her ex husband Kevin Dino, a leader singer in a band called H-Town. The pair split, and then in January 2003, Dino and his new partner died in a car accident. Rogan has since formally adopted Kayja.

Rogan and Ditzel have since had two daughters together, Lola, who is now 12, and Rosy Rogan, who is 10.

Why is Joe Rogan so popular?

Perhaps this is the biggest question of all.

If you listen to Rogan, he's articulate, thoughtful and an outstanding conversationalist. He isn't the most informed person in the world, but he also doesn't claim to be. With that said, there are a lot of podcasts playing in the same space who haven't seen nearly the success he has. So, it's got something to do with Rogan himself.

The Atlantic put it best. We are living in a moment where men are looking for role models; new versions of what it is to be a man. There are rising mental health issues among men, with many struggling to find their purpose.

So who is Joe Rogan?

"A tireless optimist," according to Gordon.

"A grab-life-by-the-throat-and-bite-out-its-esophagus kind of guy, and many, many men respond to that. I respond to that. The competitive energy, the drive to succeed, the search for purpose, for self-respect. Get better every day. Master your domain. Total human optimisation. A goal so hazy and unreachable that you never stop trying, until you realise with a kind of enviable Zen clarity that the trying is the whole point.

"If the world isn’t giving you much in the way of positive feedback, create your own. It’s a tough message for a very rich guy like Joe Rogan to sell, but he pulls it off because he has never stopped coming across as stubbornly normal. He’s from a middle-class Boston suburb, he’s bald, and for God’s sake, his name is Joe."