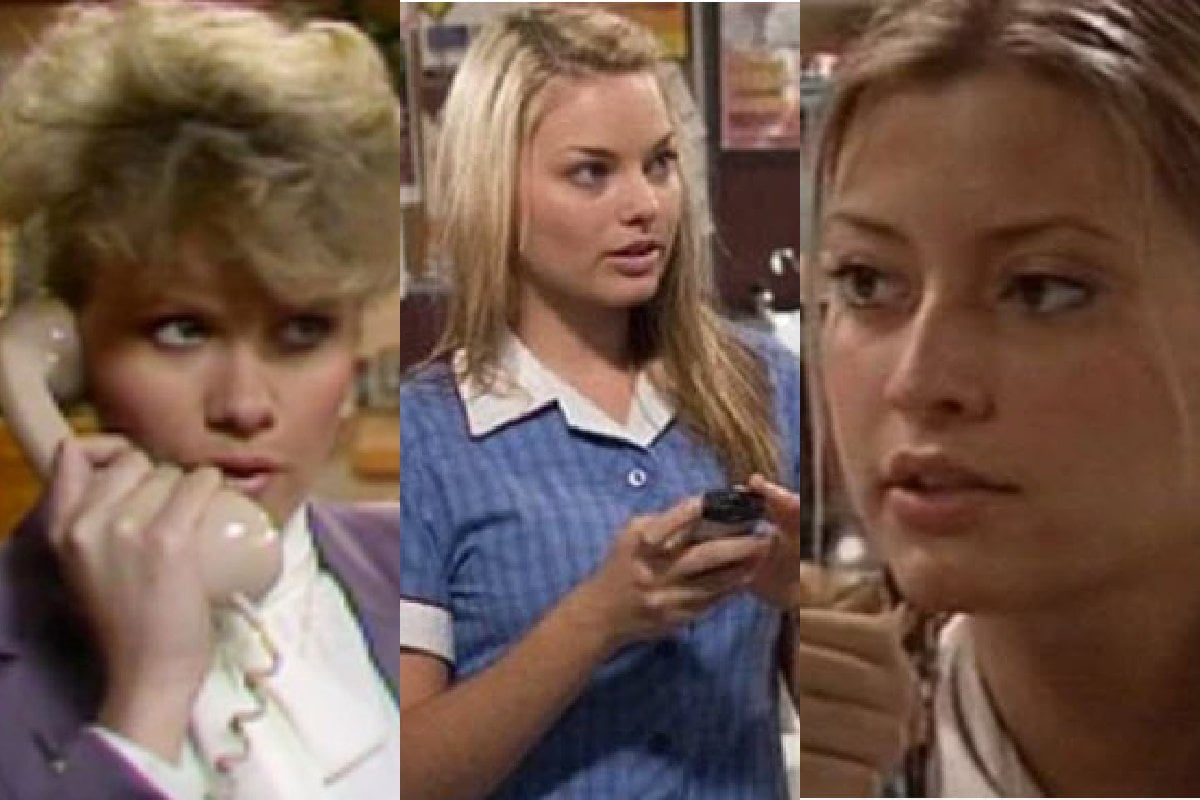 Ramsey Street has long been a starting block for actors wanting to make it big in Hollywood, but that is coming to an end. On March 3, Neighbours announced it will cease production in June 2022 after nearly four decades on our screens.

The future of the show had been in doubt after Britain's Channel 5 in January confirmed it would stop airing the show.

"We are so sorry to say that after nearly 37 years and almost 9000 episodes broadcast we have to confirm that Neighbours will cease production in June," a statement on social media said.

"Following the loss of our key broadcast partner in the UK and despite an extensive search for alternative funding, we simply have no option but to rest the show.

"To our amazing, loyal fans, we know this is a huge disappointment, as it is to all of us on the team. We thank you for all your messages and support and promise to end the show on an incredible high. From here on, we are celebrating Neighbours."

To reminisce and celebrate the show's success, we have looked back at the stars you may have forgotten appeared on the series. 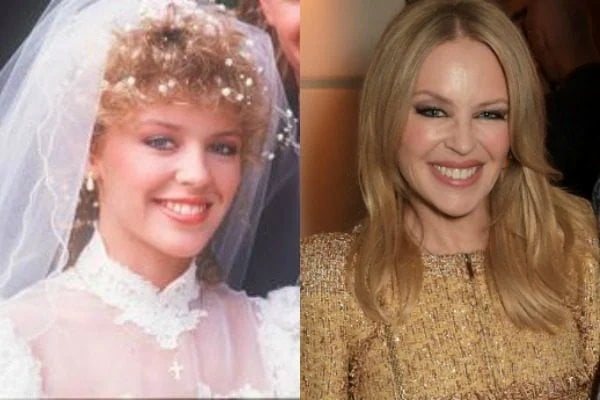 Okay, let's cheekily start with a star you probably haven't forgotten was on Neighbours.

From 1986 to 1988, Kylie Minogue played the permed hair-toting Charlene Robinson. During her stint on the show, her on-screen marriage to Scott Robinson was watched by more than 20 million people worldwide.

While appearing on the show, Minogue also landed a record deal and well, the rest is history.

I’ll be forever grateful for the experience & the friends I made on @neighbours. We had no idea how big the show would become and how passionately viewers would take it to heart. Pure love! 💞🏡 I can still hear Madge calling … CHARLENE!!!!

Following the show's cancellation, Minogue said she will be "forever grateful".

"I'll be forever grateful for the experience & the friends I made on @neighbours. We had no idea how big the show would become and how passionately viewers would take it to heart. 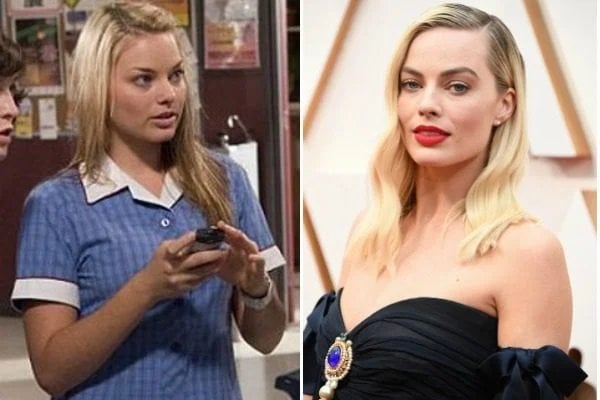 Before she was starring in Oscar-nominated films like Once Upon a Time... in Hollywood and Bombshell, Margot Robbie was on Neighbours.

Robbie played Donna Brown on the Australian soap from 2008 to 2011, before her breakout role in Wolf of Wall Street opposite Leonardo DiCaprio in 2013.

Since then, Robbie has appeared in countless films including Suicide Squad, I, Tonya, and Mary Queen of Scots. 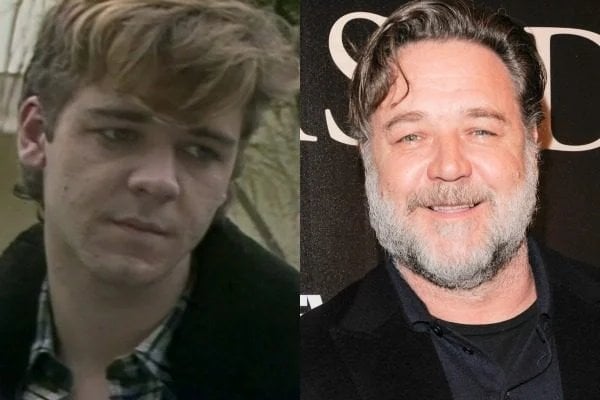 After moving from New Zealand to Australia, Russell Crowe appeared in four episodes of Neighbours in 1987 as the mullet-toting ex-con Kenny Larkin.

After gaining traction in the Australian film industry, Crowe went on to have success in the entertainment industry abroad.

Across his career, Crowe is well known for his roles in Gladiator, Les Miserables, and A Beautiful Mind, and has won a slew of awards including a Golden Globe and an Academy Award. 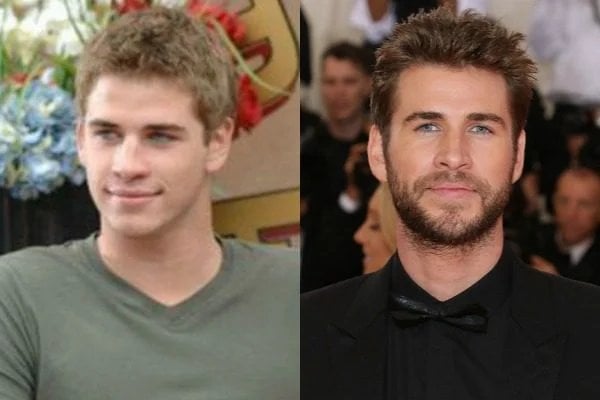 The Australian actor played Josh Taylor in Neighbours from 2007 to 2008, before making his American film debut in The Last Song opposite his now ex-wife Miley Cyrus.

Hemsworth is also well known for his roles in The Hunger Games, The Duel, and Independence Day: Resurgence. 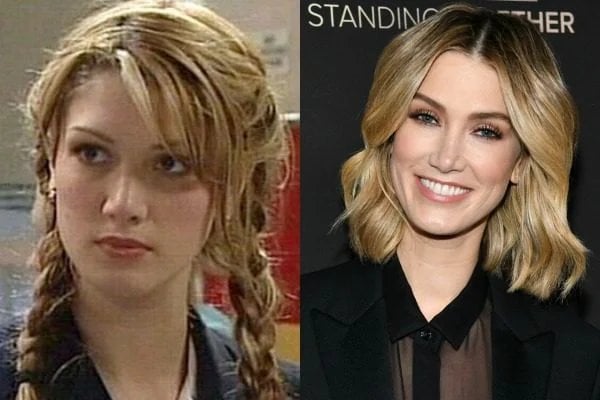 Delta Goodrem is more recognisable for her music career these days, but her career began with acting on Neighbours. From 2002 to 2005, she played shy school girl and aspiring singer Nina Tucker on the show.

The role, which landed her the Logie for Most Popular New Talent in 2003, also helped launch the singer's music career. 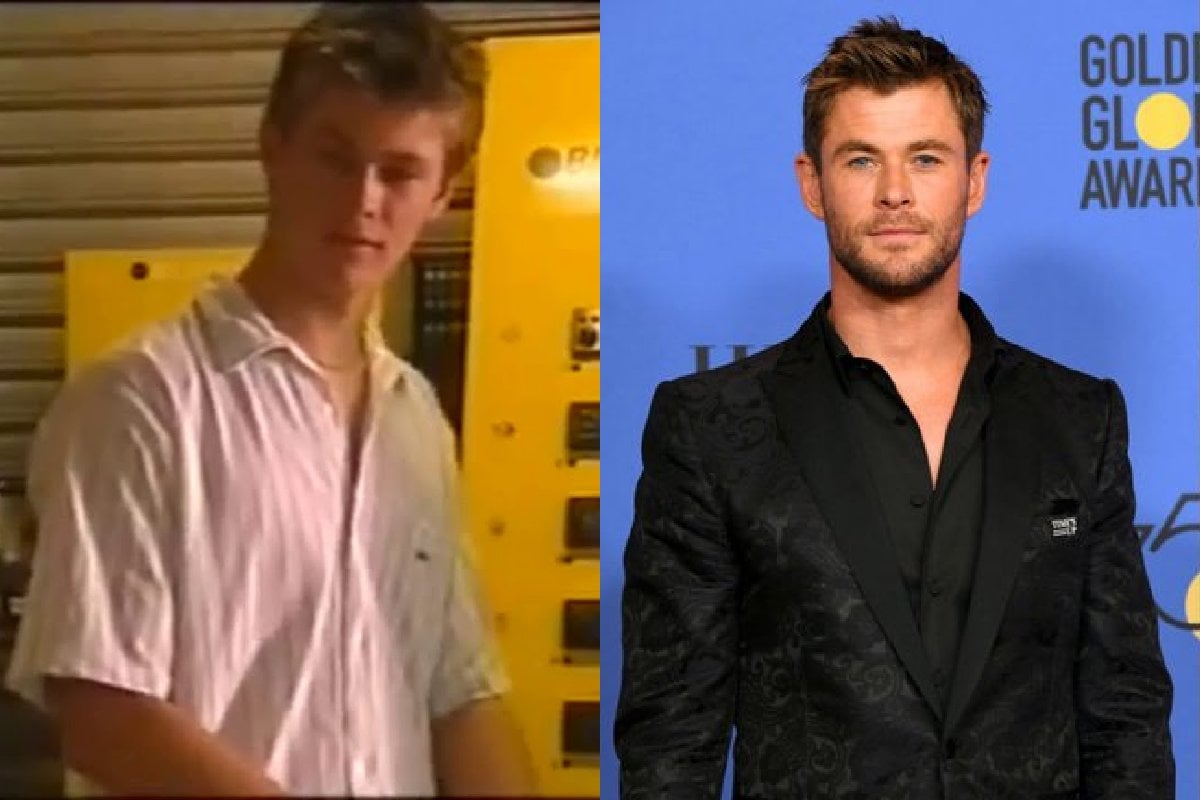 Although Chris Hemsworth got his proper acting start as Kim on Home and Away, he actually appeared on Neighbours in a guest role first. In one episode, he worked with Carla Bonner's Steph Scully in a garage. 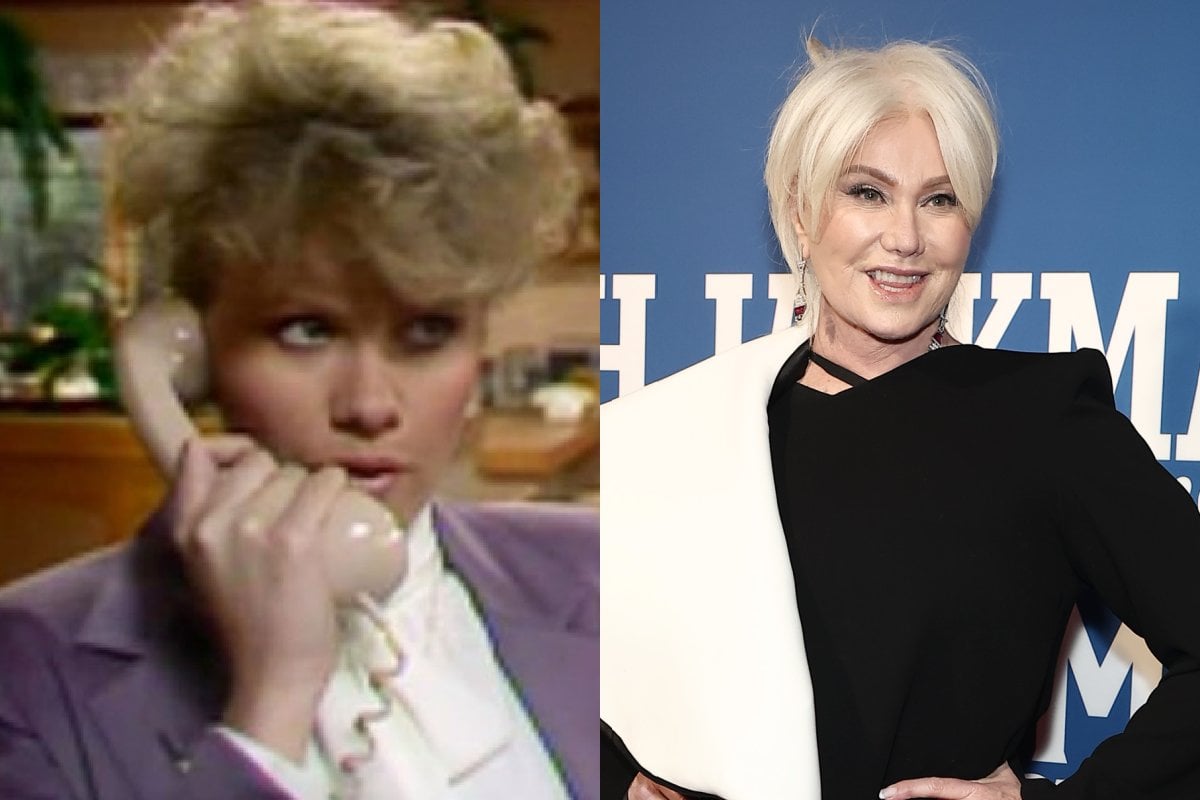 She has gone on to a long career in acting, with roles in Correlli (during which she met now-husband Hugh Jackman), Newsies and Jindabyne. She returned to Neighbours in 2020 to direct three episodes. 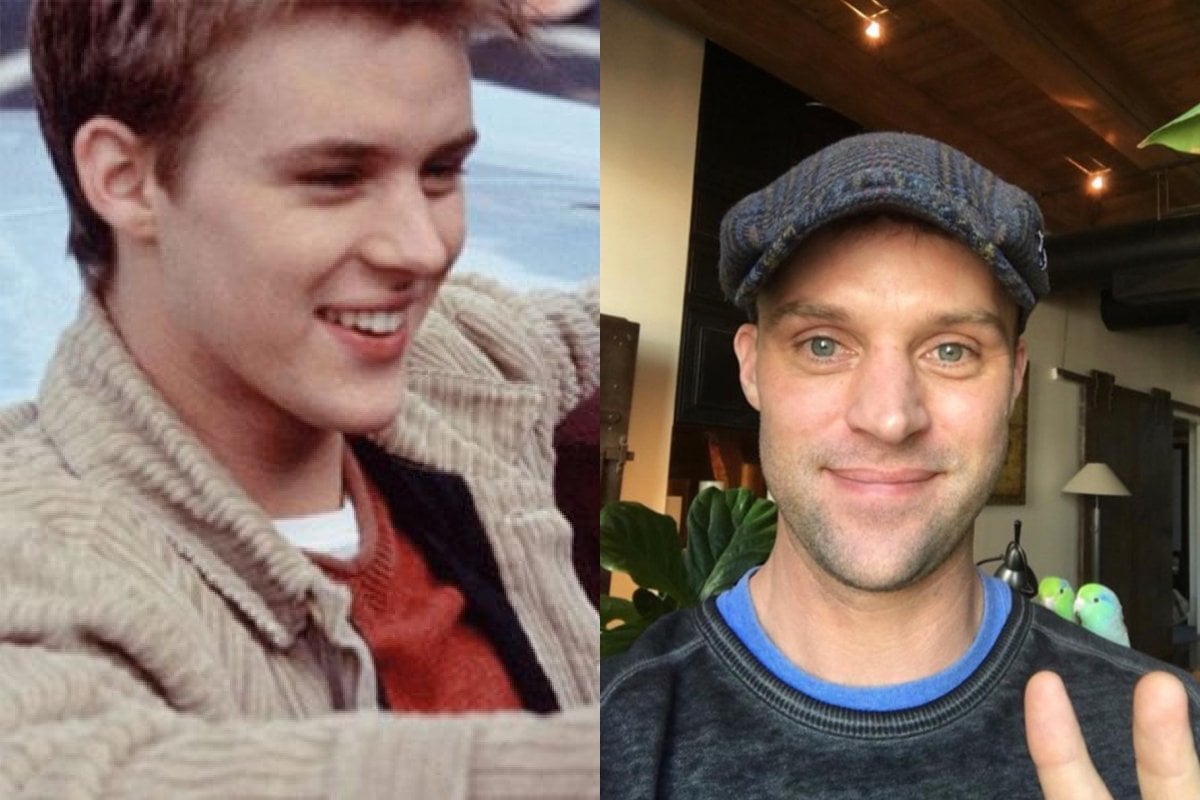 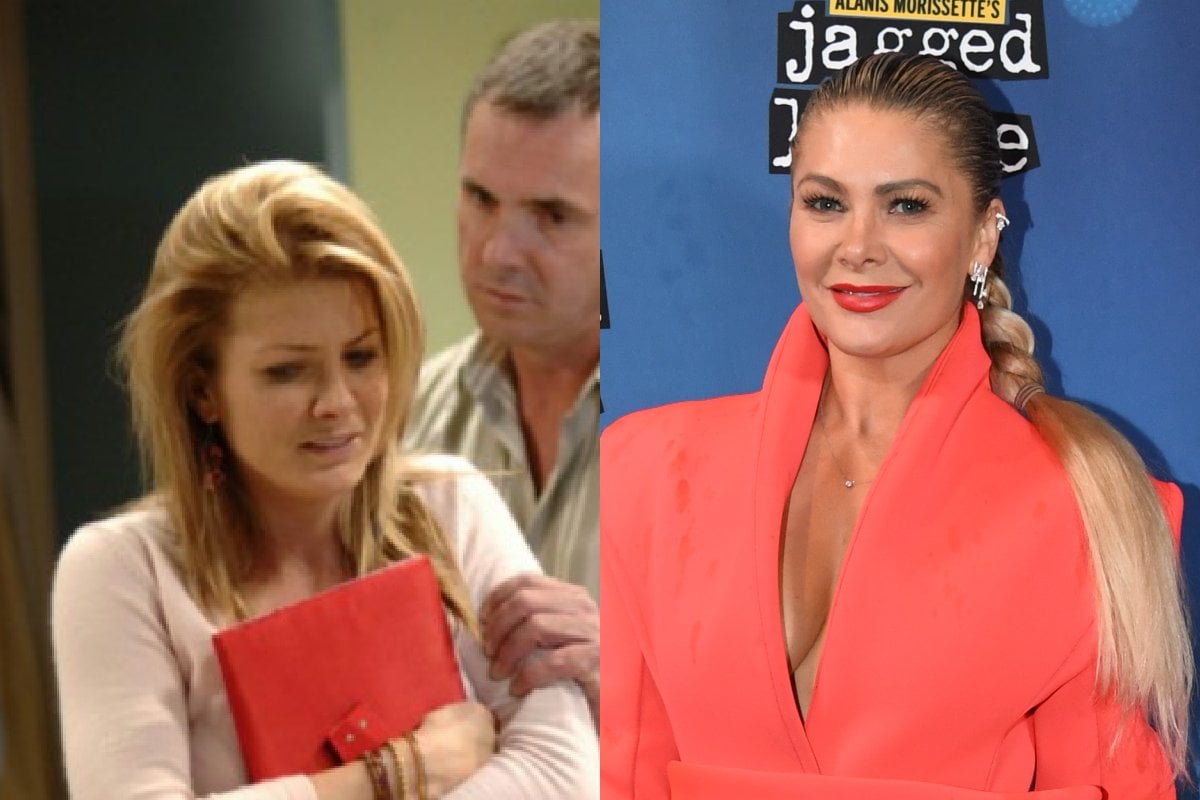 Post-Neighbours, she and her band Rogue Traders had a huge hit with 'Voodoo Child'.

She began hosting So You Think You Can Dance Australia in 2008, and was a judge on both The X Factor Australia and The X Factor New Zealand. She returned to Neighbours for a couple of weeks in 2018.

She also started a children's clothing line, and most recently played the main role of Mary Jane Healy in the Australian production of Jagged Little Pill. 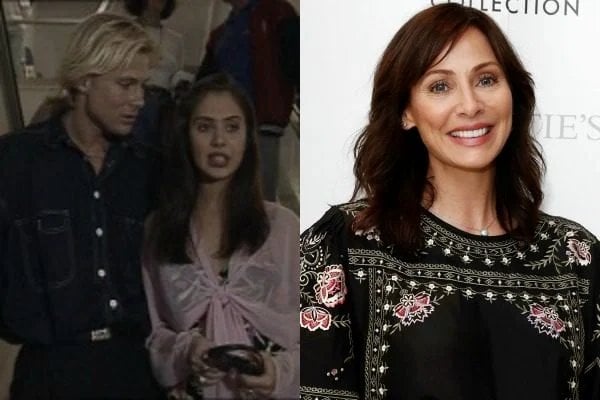 From 1992 to 1994, Natalie Imbruglia played Beth Brennan on Neighbours.

While Imbruglia has had a few acting gigs, including an appearance in Johnny English, the 45-year-old is most well known for her music career.

(Seriously, who could forget 'Torn'?) 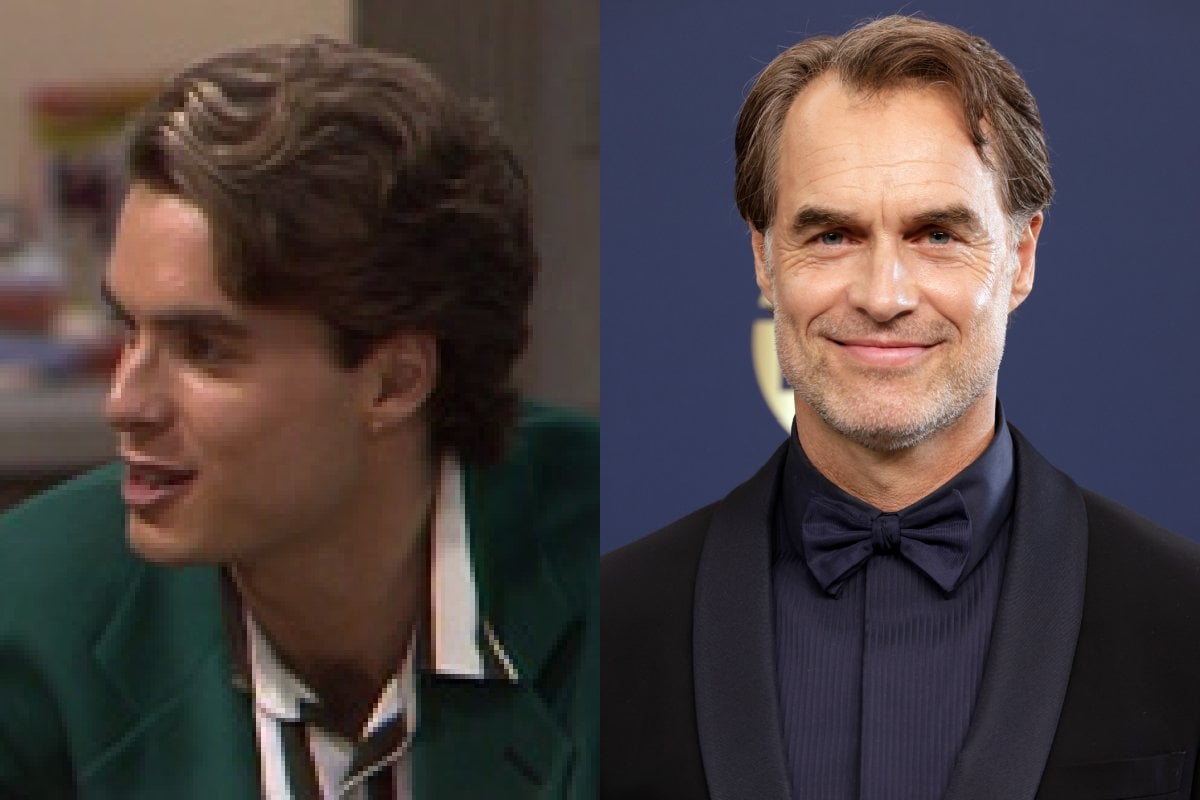 After moving to the US, he had guest roles on Sex and the City and All Saints. These days, he's most recognisable as hotel manager Armond in season one of The White Lotus. 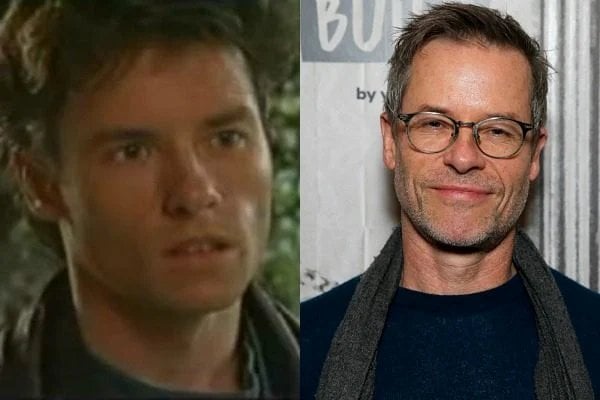 In the early 90s he soap-hopped, portraying David Croft in 12 episodes of Home and Away.

His breakout role was in The Adventures of Priscilla, Queen of the Desert, and since then, Pearce has appeared in a long list of movies, including Memento and The King's Speech. 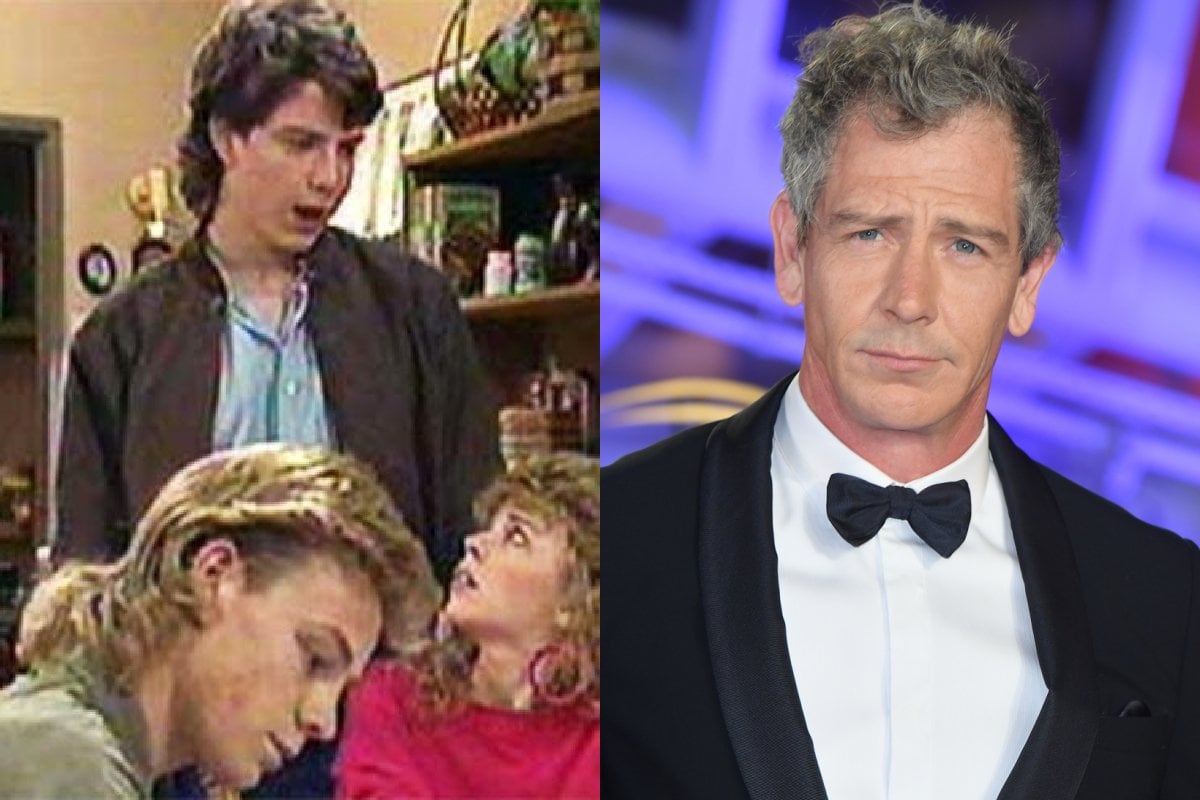 His breakout role was in 1987 coming of age drama The Year My Voice Broke, and he has since had a very prolific film career. He has starred in Animal Kingdom, The Dark Knight Rises and Mississippi Grind.

He also appeared in Netflix series Bloodline, for which he won an Emmy for Outstanding Supporting Actor in a Drama Series.

He joined the Star Wars universe in Rogue One, and stars as Talos in the Marvel Cinematic Universe.

Most recently, he starred in Cyrano. 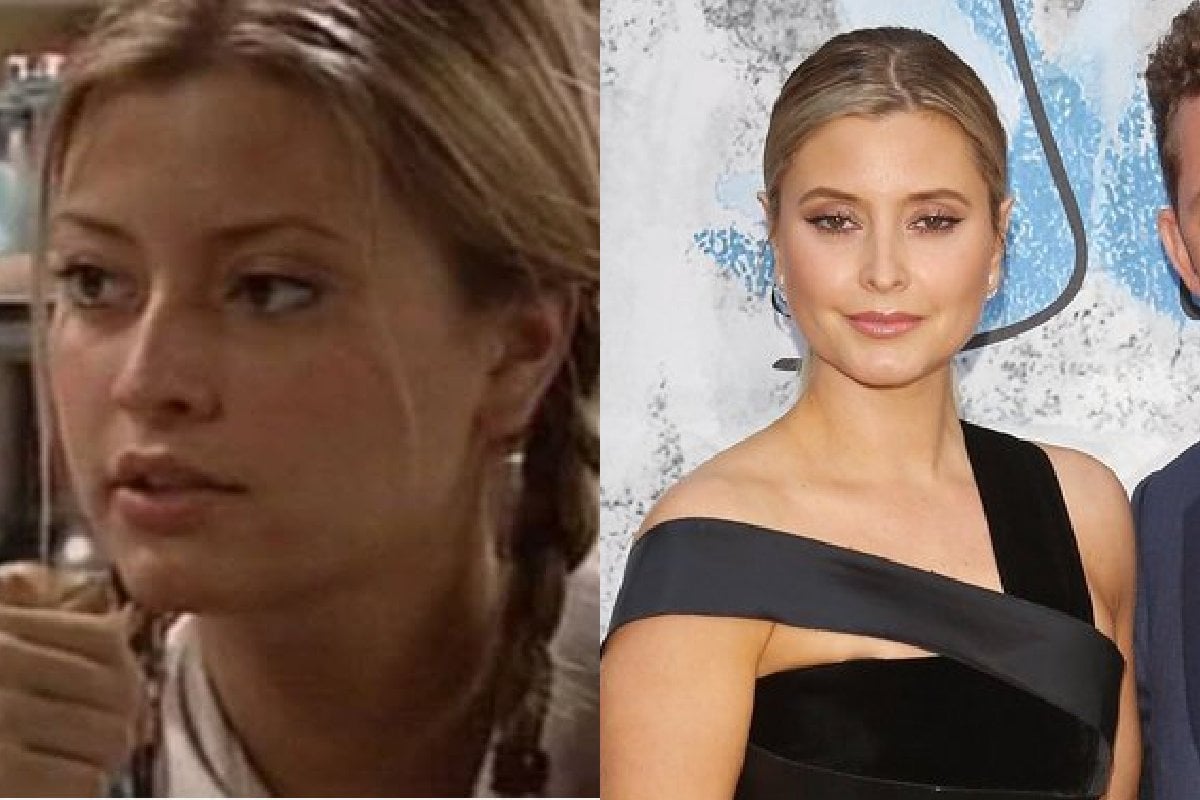 Holly Valance played Felicity Scully on Neighbours from 1999 to 2002.

Valance left Neighbours to pursue a music career and her first single 'Kiss, Kiss' reached No. 1 in Australia and the UK, as well as doing well in other parts of Europe (and honestly, it's still a bop.)

She moved to the US and appeared on episodes of CSI, Entourage, and Prison Break before being cast in Liam Neeson film Taken. 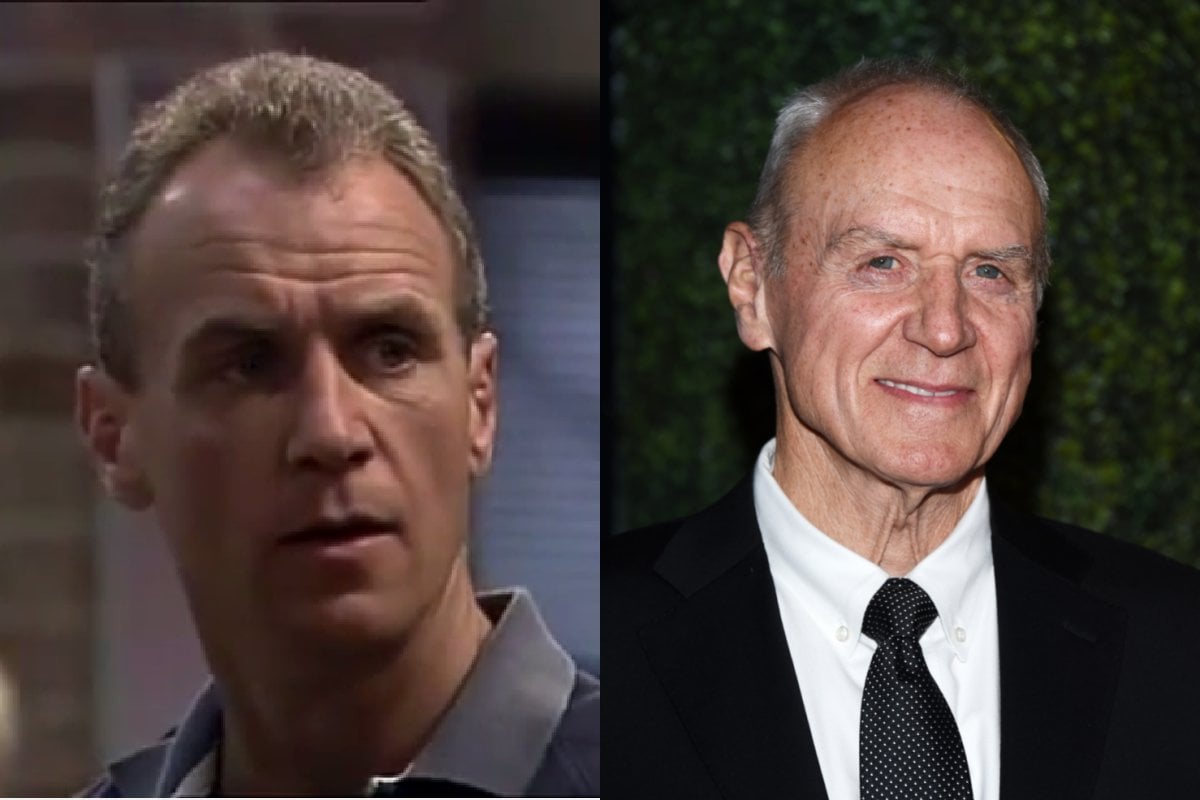 Alan Dale played Jim Robinson on Neighbours from 1985 to 1993, becoming known as one of Australia's favourite TV dads.

He then moved to the US where he has starred in TV shows like The O.C., Lost, Ugly Betty and most recently, Dynasty. 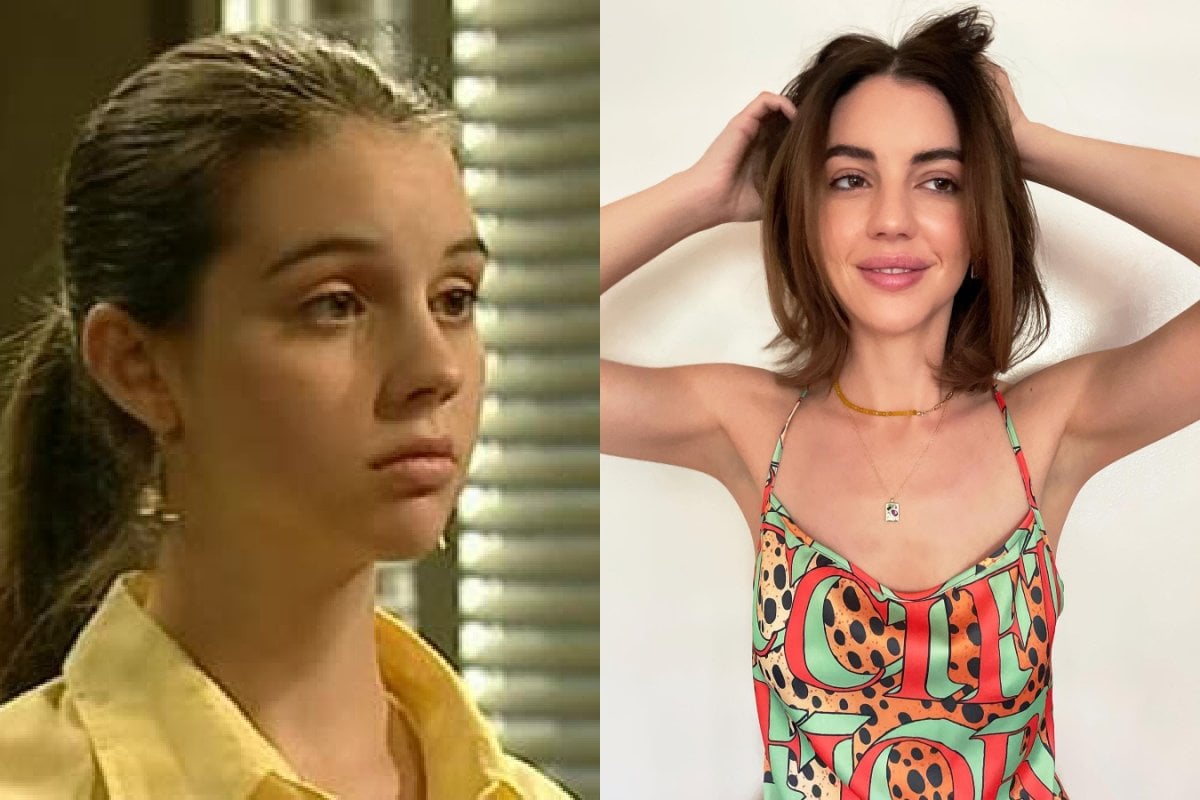 After winning a magazine competition, Adelaide Kane was cast as Lolly Allen on Neighbours in 2007. She played Lolly for 45 episodes in 2007.

Since then, she has appeared as Ethan Hawkes' daughter in The Purge and had recurring roles in Teen Wolf and Once Upon a Time. 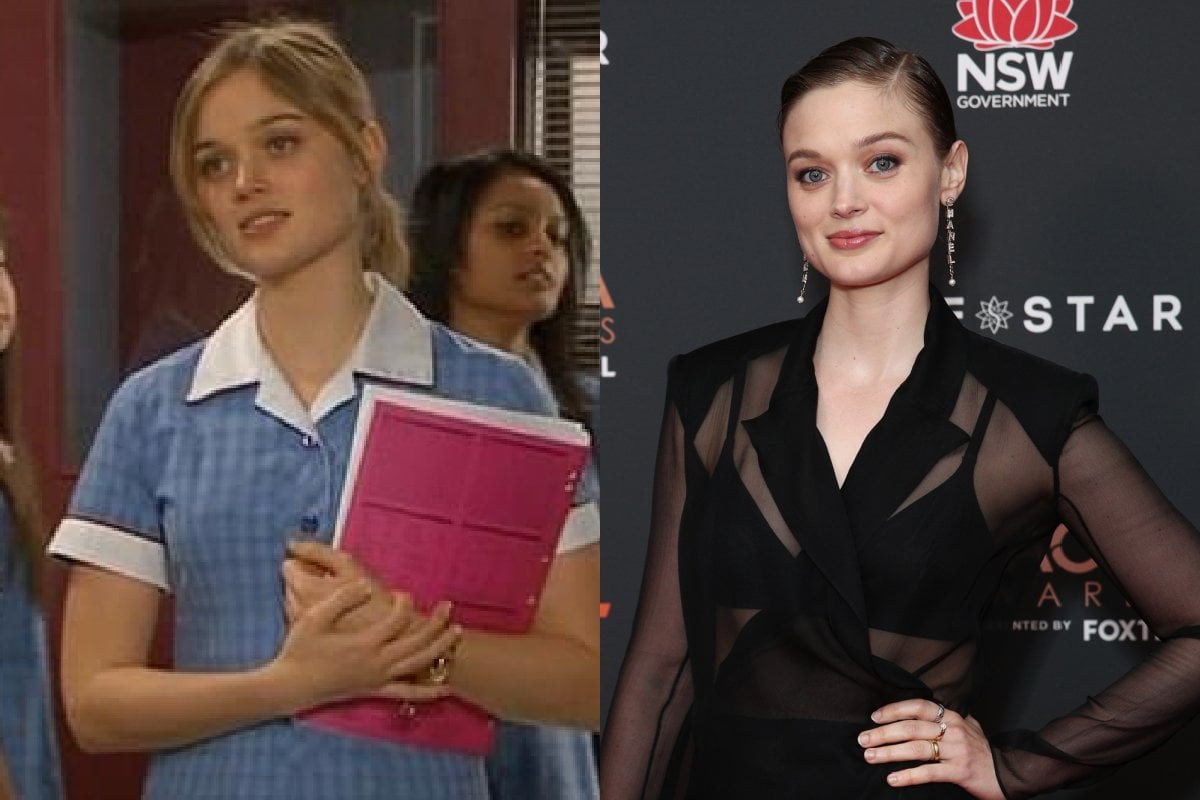 Since then, Heathcote has appeared in Hollywood films including Dark Shadows, Pride and Prejudice and Zombies and Fifty Shades Darker.

Most recently, Heathcote starred alongside Toni Collette in the Netflix thriller series Pieces of Her.