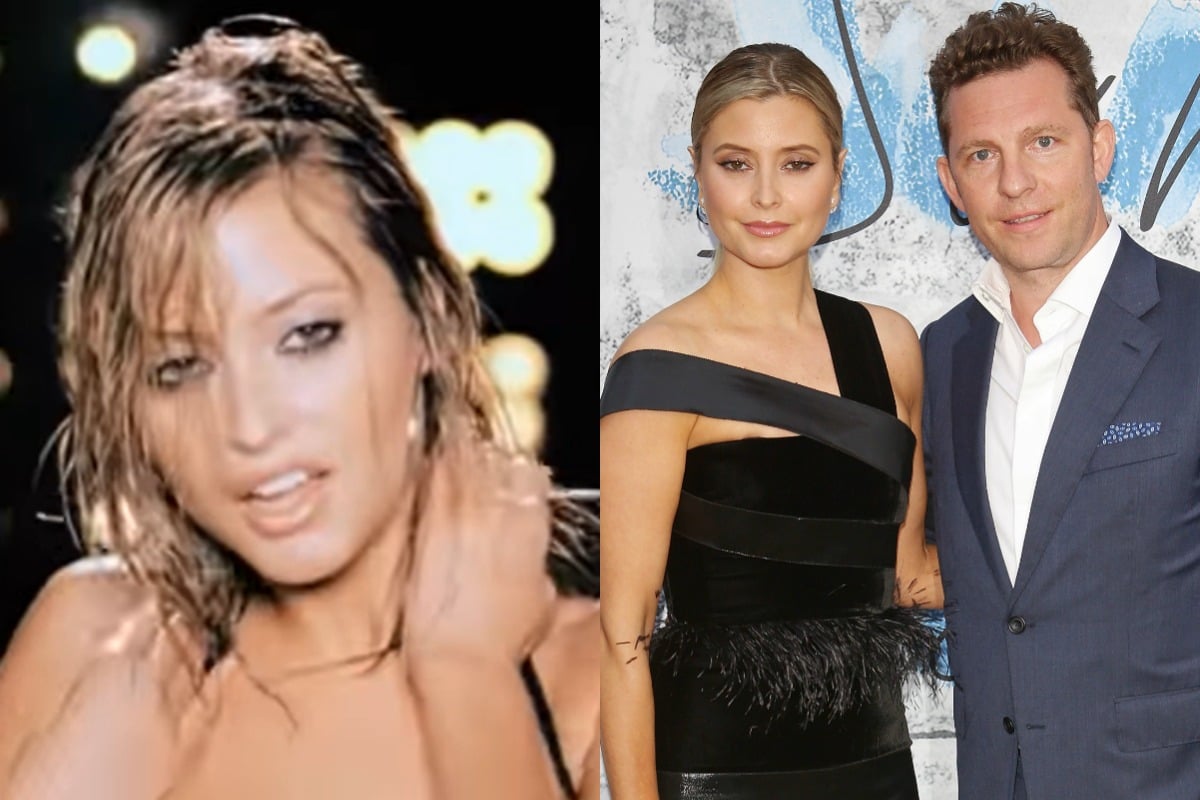 It was the song that dominated radio waves in the early 2000s.

By then, Valance was already a household name in Australia after appearing in hit TV show Neighbours and would go on to find fame overseas.

These days, the 37-year-old has come a long way since Ramsay Street and is now living in London with her billionaire husband and two kids.

Eighteen years on from the release of her hit song, here's what Valance has been up to since.

Her beginnings on Neighbours.

Australia first met Holly Valance on Neighbours back in 1999.  For three years, the young actress played Felicity Jane "Flick" Scully on the hit TV soap opera. She later made a cameo appearance in the show's 20th anniversary episode in 2005.

As her first acting gig, Valance said she was thrown straight into the deep end on the show.

"No amount of training could prepare you for the workload and the schedule," she told British breakfast show host Lorraine Kelly in 2015.

"You go on with the best work ethic afterwards because you know your hours and how on it you have to be and there's 40 pages to learn every night when you get home as your homework." 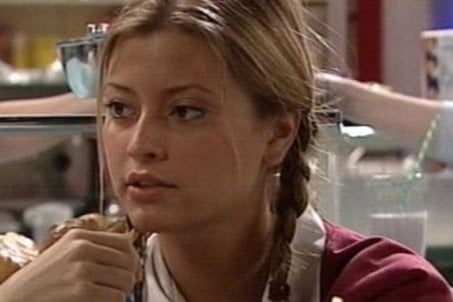 After Neighbours, Valance continued to act, landing small roles in CSI: NY, Prison Break and Moonlight. In 2008 she played the role of Sheerah in the film Taken alongside Liam Neeson.

After leaving Neighbours in 2002, the actress decided to pursue a career in music and launched her debut single 'Kiss Kiss'.

The song went straight to number one and ended up being nominated for four ARIA Music Awards in 2002.

The following year, she released her second album State of Mind. But it didn't perform as well and ended up peaking at number 14 in Australia.

You can watch the video clip of Kiss Kiss below. Post continues below.

According to news.com.au, Valance was then reportedly dropped from her recording company following alleged legal problems and poor sales. But the singer later denied it saying, "I asked to be released, but Warner refused, so I hung out for a year until the contract expired. We parted on good terms."

She later told Men’s Style Magazine that she was no longer interested in recording music.

Valance met British billionaire property developer Nick Candy in late 2009 at a mutual friend's dinner party. At the time, Valance had been living in Los Angeles for five years and later moved to London to be with Candy.

Nick and his brother Christian are known for creating the ultra-lavish £150 million apartment block One Hyde Park in London, and they also manage a list of high-profile clients including sheikhs, oil billionaires, and Kylie Minogue.

The pair later tied the knot in 2012 in a fairytale wedding in Beverly Hills, alongside 300 of their family and friends including Simon Cowell. 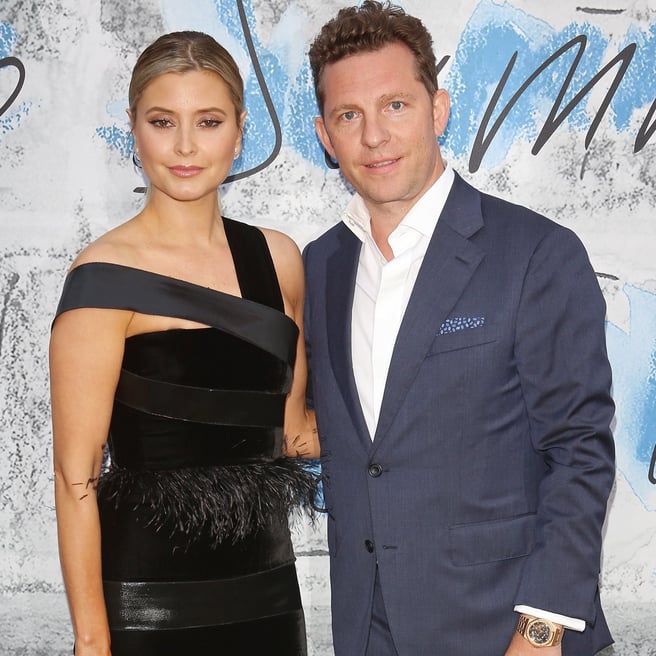 Speaking to the Made by Mammas podcast, Valance said it can be "tricky" to deal with Candy's busy work life.

"'He worked on Christmas Day and even the day we practiced our vows with the priest he took a call in the middle of it," she said.

"He was like: 'Got to take this sorry guys!' I was like, 'We’re at the altar practicing our vows!' So that’s who I married, I know that."

In 2017, the 37-year-old found herself caught up in $229 million (AUD) lawsuit which alleged that her husband and his brother participated in blackmail, extortion and intimidation against entrepreneur Mark Holyoake.

The claim was later thrown out of London’s High Court.

"Ain't that somethin'! You lose. On Every. Single. Claim!" Valance tweeted at the time.

A year later, the former Neighbours actress and her husband were rubbing shoulders with royals when they scored an invite to Princess Eugenie’s wedding. 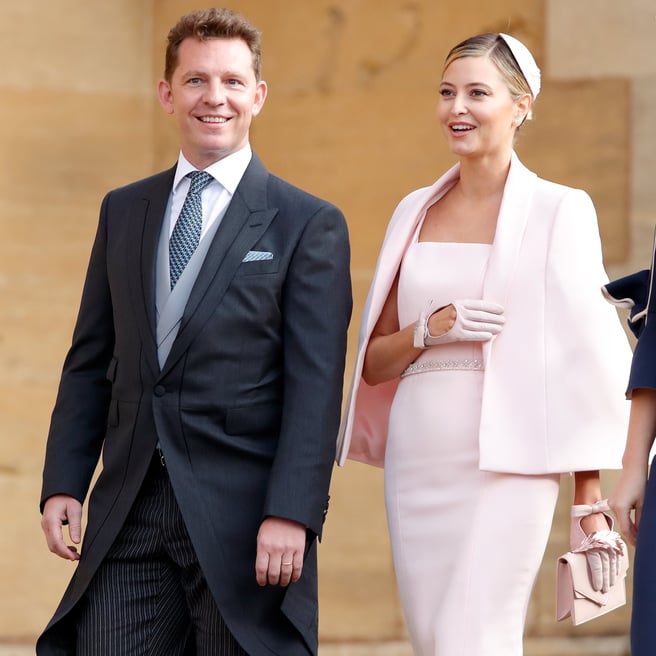 These days, Valance lives a relatively private life away from the public eye and is now a mum to two girls, Luka and Nova.

The actress spoke to the Made by Mammas podcast last year about her transition into motherhood, after giving birth to Luka in 2013.

"At the beginning with Luka I thought it was absolutely terrifying, it’s like the best and worst thing to ever happen to you," she said.

"It’s terrifying. You’re exploding with love but you don’t know what you’re doing. You’re absolutely exhausted and fumbling around just trying to survive."

Valance said parenthood forums helped her realise she was not alone.

"Thank god for those websites where you can read what other mothers are going through on those forums because I just thought I was a freak."

She went on to explain that her second pregnancy with Nova, who she gave birth to in 2017, was a "bit easier".

"[The first time] I had a feeling of grief, which is weird when somebody has just been born because I was grieving my old self," she said.

"Holly had gone and now I’m just someone’s food source. You are still you underneath it all you just have to get to know yourself again."

Outside of her family, Valance continues to work as a media personality and Disability Rights International ambassador in the UK.

She was also suspected to be the Wizard on this season of The Masked Singer. But given she was recently photographed out and about in London, we're going to say that's highly unlikely.