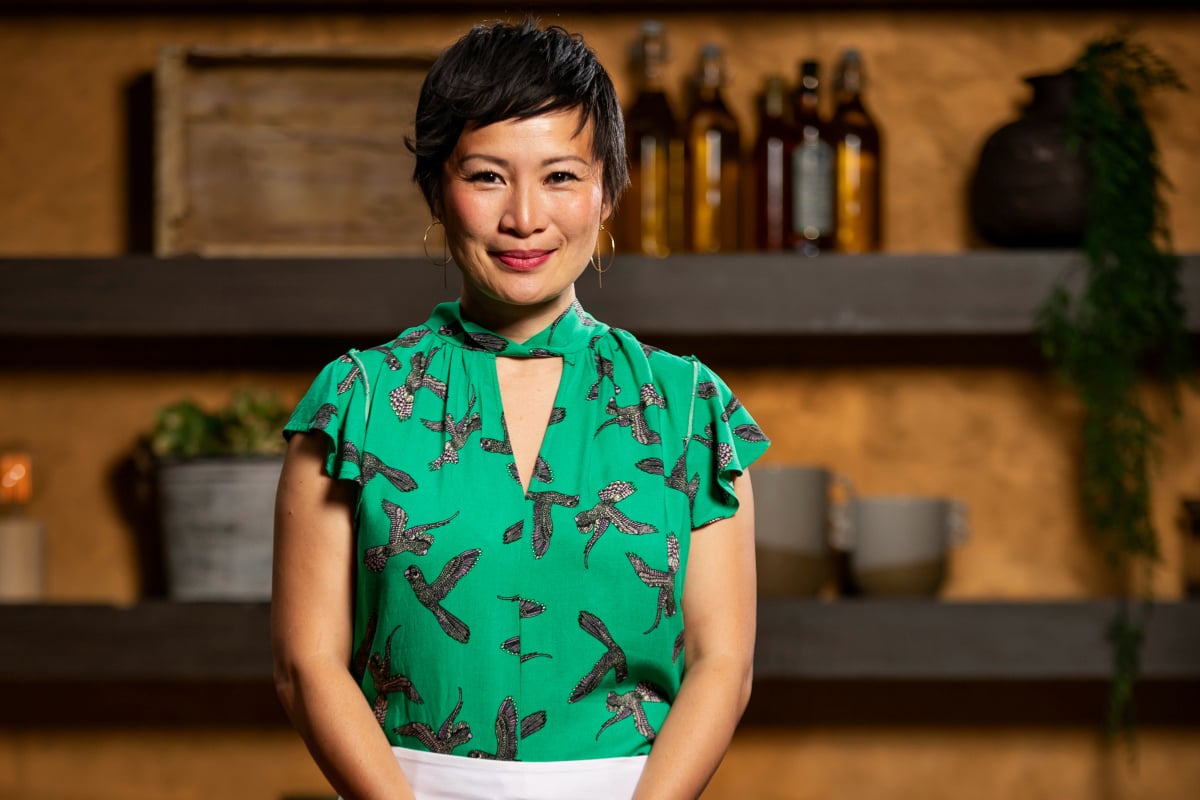 To catch up on all things ﻿MasterChef Australia 2020﻿, make sure you check out our MasterChef hub. We’ve got you completely covered.

We know MasterChef favourite Poh Ling Yeow for her high-risk, stress-inducing cooking approach that has brought deep pools of anxious sweat to the loungerooms of Australians over the past two months.

On Sunday night, that sweat turned to tears, when the fan-favourite was eliminated from the cooking competition.

Just shy of the top five, Poh strutted out of the famous kitchen with a sigh of relief, she tells Mamamia.

"You are just running on adrenaline for months, so immediately I felt a strange relief. But then right away, I thought 'Oh my God, why did I make those decisions I just made moments ago?'"

Just prior, Poh - the runner-up on the first season of MasterChef - had tried to cook a redemption dish, making the Sardinian potato dumplings she felt she didn't do justice to in a previous challenge. Poh mismanaged her time, forcing her to make unforeseen alterations with just two minutes to go. It was a decision that ended with her elimination.

Throughout the season, viewers have become accustomed to Poh's 'chaotic cooking'. In fact, her always-ambitious strategy has attracted a swarm of criticism online. Speaking with Mamamia, Poh brushes the backlash off, saying viewers simply don't understand the pressure cooker environment of the MasterChef kitchen.

"A few people were accusing me of being really attention-seeking... Well, number one, I'm on a television show, so of course I want some level of attention or I wouldn't be there. But number two, it wasn't ever about that for me. It was just about seeing how hard I could push myself," the chef explains.

"I would like to say to them, next time they're on Masterchef: Back To Win, I'd like to see them be really organised and cook a splendid, winning dish," she adds.

"People don't realise the stress we're under. Also, I just work like that better, that's just how I work.

﻿"I'm not like that in my commercial kitchen. It's just how I am when I'm in a creative flow state. I was trying to get so much done, like I was always trying to cook more than one dish, because I'm a cultural cook. I wanted to tell a story, and often I felt like it required more than one dish to tell that story." 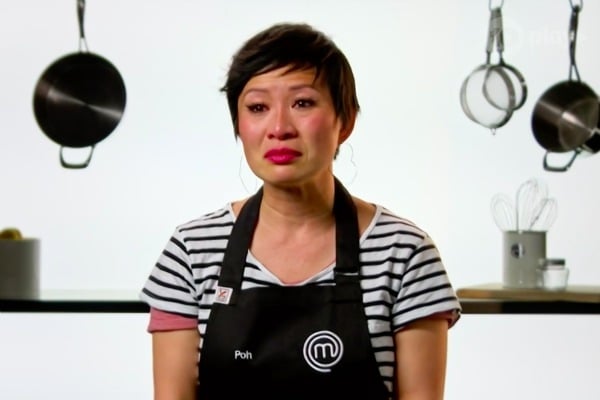 Poh's Malaysian and Chinese background brought inspiration for many of her dishes, which was celebrated by the judges and viewers alike.

"Growing up I didn't really have many Asian role models in the media," the 47-year-old reflects. "And I think that's a very important thing. But I also think there is a conversation to be had about also showing kids of diverse backgrounds that they can walk to the beat of their own drum.

"I think so much of the time as a migrant kid, you want to just blend in. But the message I want to tell them is that it's okay to stick out, because in time you realise that that's what makes you awesome."

For Poh, having Melissa Leong - the first female and Asian-Australian judge on the show - understand the cultural significance of her food was remarkable.

"For her just to give it that extra context was really useful for me. It made me think of things that I hadn't thought about... it was really amazing to see that impact on her. It really confirmed to me just the power of food to evoke memories and emotion and a sense of belonging.

"We just had that commonality with the way we were raised and how we felt growing up in Australia... I really loved getting to know her better and having her appreciate what I was doing."

Poh. A true trailblazer, a whole hearted human, and one of the most beautifully vulnerable and strong people I have ever met. You fly the flag for misfits like us and what we are capable of achieving. You’re a fierce, defiant warrior woman, and I love you for it. https://t.co/y68sgzFzVn

All in all, Poh leaves with no regrets.

"It's everything that I wanted it to be. Such a special little playground for all of us."