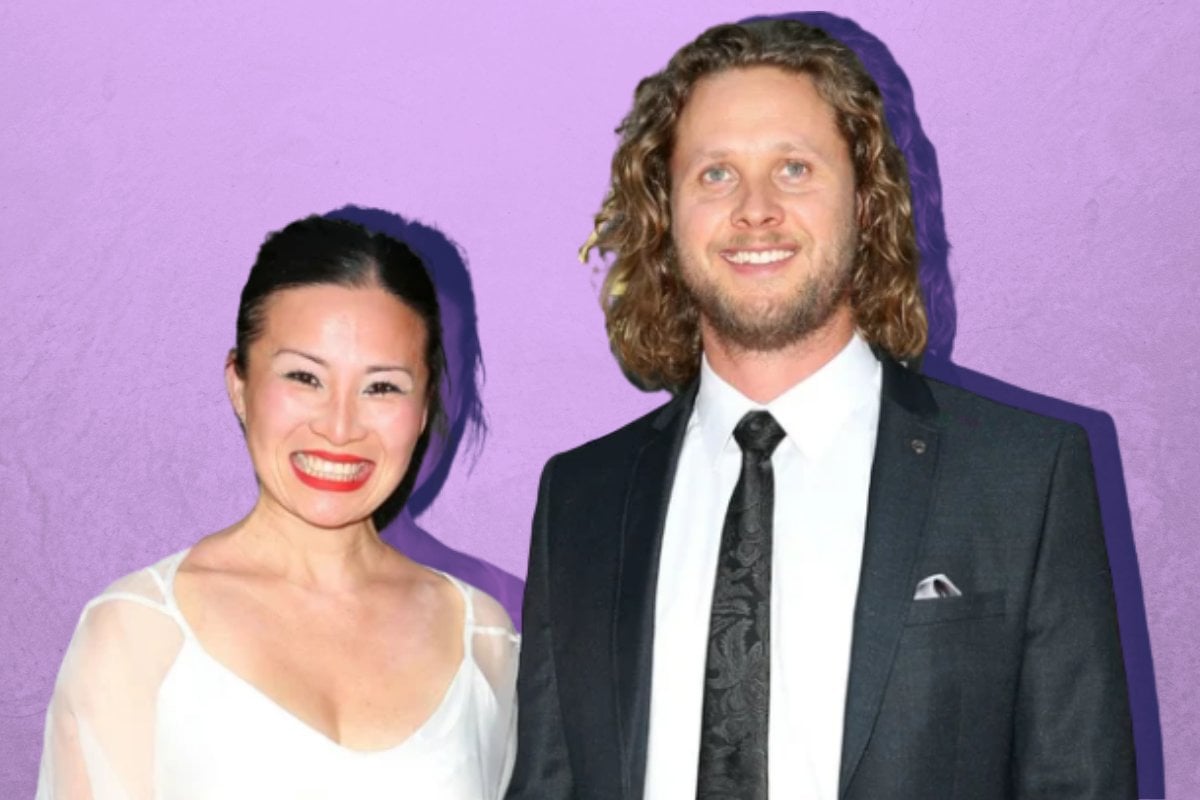 During an interview with The Weekend Australian, the 48-year-old shared that the couple, who met on the set of MasterChef, have gone their separate ways after six years of marriage.

When speaking about her plans for 2021, Poh said, "It is about me doing the things I love and remembering who I am without another person. [Husband] Jono and I broke up."

"It’s been the most untraumatic breakup possible and I’m single again after 12 years," she told the publication.

Poh went on to say that she still works with Jonathan at Jamface, along with her first husband, Matt, and his new wife (and Poh's best friend) Sarah.

"I’m enjoying negotiating life on my own, enjoying the feeling of being a lone ranger – I’ve been in serious relationships for 24 of my 47 years. But Jono and I still work together and are the best of friends. I work with husband numbers one and two. Jamface is a catalogue of failed marriages! Life is stranger than fiction."

Watch Poh's exit interview after being eliminated from MasterChef. Post continues below.

Poh previously spoke to Mamamia’s podcast, I Don’t Know How She Does It, back in 2017 about the unusual relationship dynamic involving herself, Jonathan, her first husband and her best friend.

“He’s my ex-husband. She’s my best friend. And when we broke up, they got together and it’s all dandy. It’s actually really good,” she told Mamamia.

Poh Ling Yeow married her first husband, Matt Phipps, in 1990. At the time, the pair were both practicing Mormons.

After nine years together, however, Poh and Matt amicably divorced.

Listen to Poh Ling Yeow’s 2017 interview on Mamamia’s podcast, I Don’t Know How She Does It. Post continues below.

“Everyone tries to complicate it for us,” Poh told Mamamia of her friendship with Matt and Sarah.

“From the outside in, they’re all like ‘love triangle’! And I’m like, ‘no!’ He’s like my brother now and I think… people are never interested in the backstory. They want everything to be sordid,” she added.

Speaking on I Don’t Know How She Does It, Poh went on to explain why her marriage with Matt ended.

“For about three years we were like flatmates, we were really good mates and we couldn’t figure out how to break up because there was so much pressure from both sides of the family,” she said.

“The next step was to have a child and in our heads we knew we couldn’t bring a child into such a volatile relationship,” she continued.

“We broke up on really good terms. It was still really hard. Breakups are horrible. Because no matter what, even now, I still have a little cry over it and it’s not because I wish we were still together or anything.

“But there’s something about two humans wanting to murder each other like that, that is so sad. When you torment each other, destroy each other. It’s still really sad.”

“We’ve just come full circle. It’s quite funny sometimes [because] people don’t know our history. I’ll lose my s**t at him… in an ‘ex-wife’ sort of way and people are like ‘whoa, you really gave it to him’ and I’m like ‘yeah, we used to be married’ and they’re like ‘oh, right, that explains a lot,'” Poh told Mamamia at the time.

Following her divorce, Poh met Jono Bennett, who was working as a production assistant on MasterChef when they met.

At the time, Jono was responsible for transporting the MasterChef contestants between the studio and their accommodation.

“We weren’t really allowed to talk because that’s part of the rules. You can’t fraternise with the staff because I guess they can tell you secrets [about the next challenge] or something,” she shared.

“I think it got a little more charged because we weren’t allowed to talk to each other. It was like the playground… cute looks across the yard, sort of thing. Then, after the show we hooked up.

“There was a wrap party, and we exchanged numbers straight away and it was all guns after that.”

After Poh and Jono got married in 2014, the couple went into business with her ex-husband Matt and his wife (and Poh’s friend) Sarah.

Together, the four of them teamed up to open up their own cafe in Adelaide, called Jamface by Poh, at Adelaide Central Market in 2016.

Although the cafe closed in October 2019, Jamface by Poh continues to appear at the Adelaide Showground Farmers’ Market as a gourmet food stall.

“Matt, my ex-husband is a filmmaker, Sarah an illustrator and Jono’s a builder so we had that it common but it doesn’t always translate into good business sense,” Poh told Yahoo Lifestyle in 2019.

“Communication is the main thing that I’ve learned from working in that dynamic and there has to be a lot of clear communication and a lot of honesty and that’s the only way you can cut through the busyness,” she added.

“But because we’re such good friends [owning Jamface] has enabled us to really work together and we’re so much stronger for it.”

Speaking to Women’s Weekly in 2017, Jono admitted that he was initially jealous of Poh’s friendship with her ex-husband.

“It was hard at first, but it was my own personal issues of confidence in myself and jealousy, which had no reason to be there,” he told the publication at the time.

“It was something we all had to work on essentially. I know it’s very human to be jealous, but it doesn’t make it right,” he added.