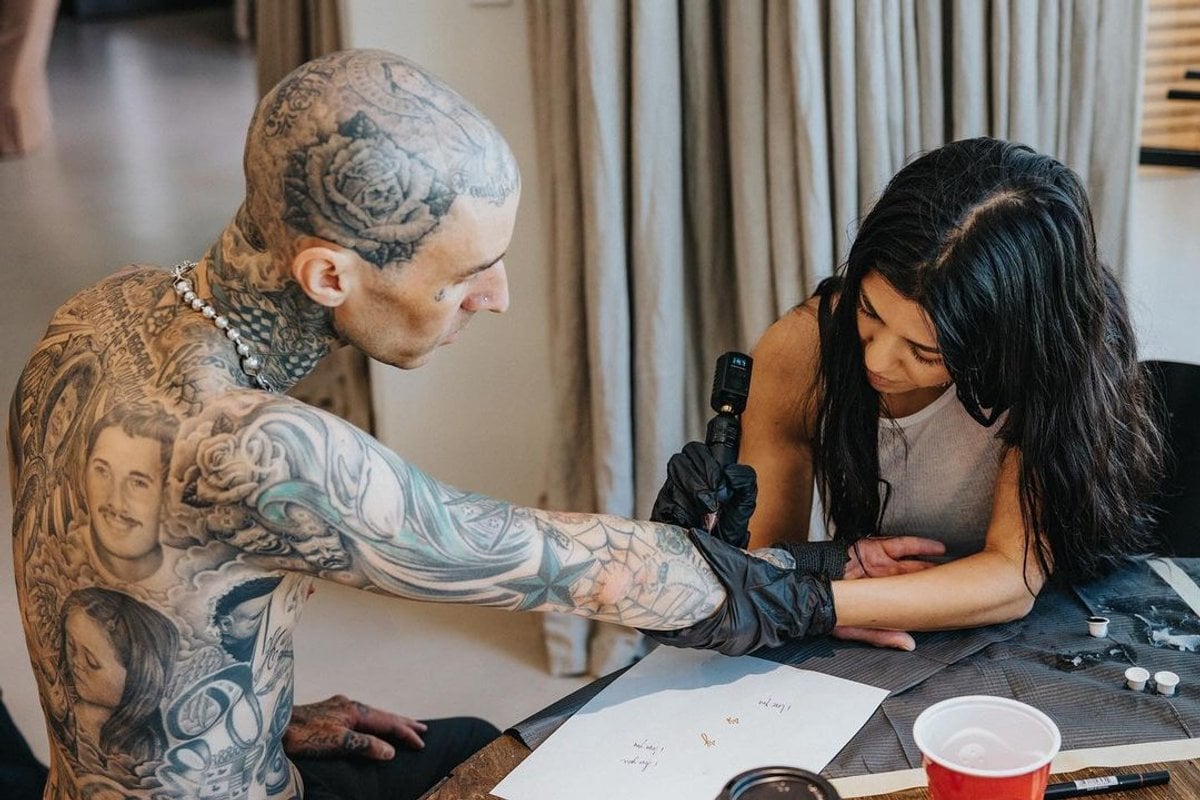 Kourtney Kardashian has made a very permanent declaration of love by tattooing her new boyfriend, Travis Barker's arm with the words 'I love you' in her own handwriting.

The 42-year-old started seeing her boyfriend in January and the couple have been very public about their relationship since Valentine's Day this year.

And this morning, she shared a series of photos and videos of the couple tatooing together simply writing: 'I tattoo'.

"Woman of many talents," Travis commented on her posts, before sharing a closeup of the tattoo to his story. 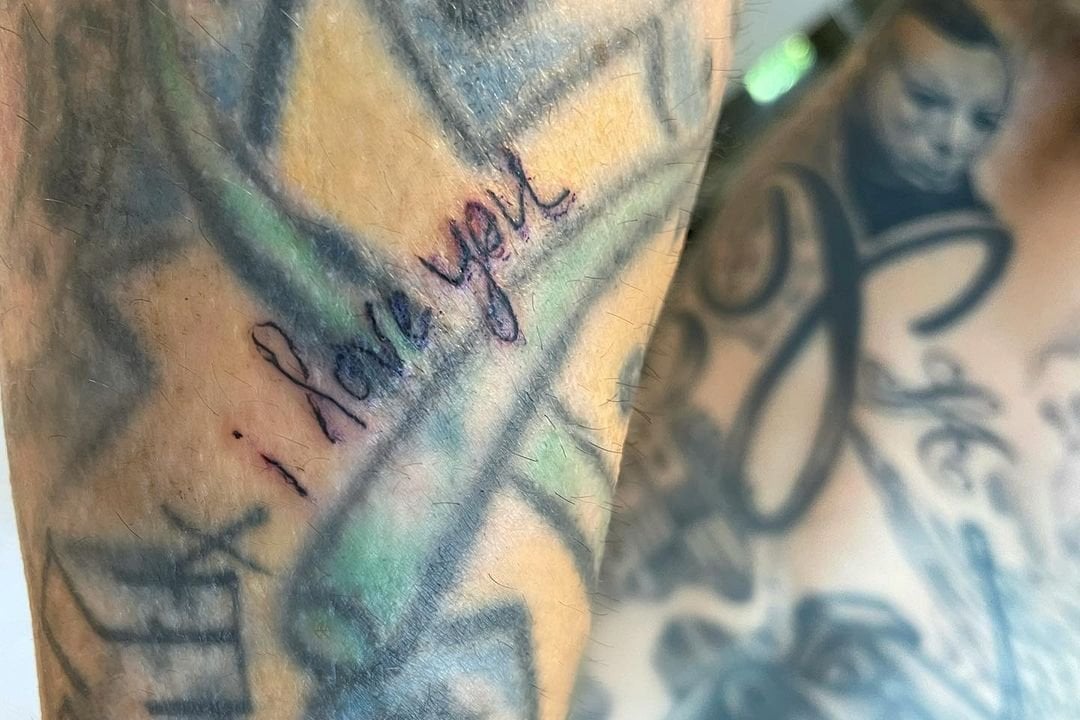 Very nice penmanship, if we do say so ourselves.

2. So, Pamela Anderson kinda hates the new tv show about her and thinks it’s “God awful”.

It looks like Pamela Anderson is the only person who isn't excited about Hulu's upcoming series, Pam and Tommy, and that's really interesting considering it is a movie all about... her.

The eight-part series will be tackling the story of Pamela Anderson and her ex, Tommy Lee's stolen sex tape, but this week a so-called friend of Anderson's told The Sun that Pamela “has no intention of watching this God awful show, absolutely not. Never”.

"She’s never heard of the actors playing her or Tommy, and doesn’t care to know them," the source said, adding that “she and her family think the show is a cheap knockoff," and "the whole thing is a joke to them".

Gee, tell us what you really think.

Pamela will of course be played by an unrecognisable Lily James, while Tommy will be played by Sebastian Stan.

While a release date hasn't been announced yet, Hulu are dropping sneak peek pictures of the cast to their Instagram, so we're crossing our fingers that it's only a matter of time.

3. Spencer Pratt says Mischa Barton is never coming back to The Hills.

The Hills sequel, The Hills: New Beginnings, is returning this week for a second season. The show will bring back stars from the original show, including Heidi and Spencer Pratt, Brody Jenner and Audrina Patridge.

However, one more recent cast member won't be returning.

When speaking to Who magazine on Thursday, Spencer Pratt explained that Mischa Barton (who starred in the first season of The Hills: New Beginnings) is not coming back to the show.

"She was a fun thing last season, but she didn’t deliver. It’s hard to go from being an actress to being yourself on TV," he said.

He also shared that unlike the original show, this series isn't "fake".

"The original series of The Hills was such a fake show. It was great but like a soap opera. It was all Lauren's world," he explained.

"All of our cast say this is the most vulnerable they’ve been on screen."

A recent preview for this season showed Spencer Pratt and his wife, Heidi Montag, talking about having a second child. However, as he told Who, they aren't expecting yet.

"Still working as hard as possible at it," Pratt said. "No spoiler alerts but no baby yet. That is the struggle in real life, reality."

The couple have one child together, three-year-old Gunner.

4. Machine Gun Kelly wears a vial of Megan Fox’s blood around his neck.

Remember when Angelina Jolie and Billy Bob Thornton famously wore vials of each other's blood around their neck? Well, it appears they aren't the only two.

When appearing on The Ellen DeGeneres Show this week, Machine Gun Kelly was asked about a certain vial he wears around his neck. As he explained to the talk show host, it holds his girlfriend's [Megan Fox] blood.

"Well, she was actually going out of town to film a movie," Kelly told DeGeneres.

"This was really new in our relationship. I didn't have a passport either. She was going out to Bulgaria, so I was kind of freaking out, like, 'You're gonna leave and I can't even come see you.'"

Then he explained how she gave him DNA.

"Some people give, like, a handkerchief to their partner or whatever... she gave me her DNA," he said before removing the vial from his pocket.

(Swipe to see the vial in these photos below.)

He also told DeGeneres that thanks to Bernie Sanders, he made it overseas to see Fox.

"Thank you to the Bernie Sanders team. I made it to Bulgaria, and the relationship is going strong so thank you so much," he said.

Machine Gun Kelly and Megan Fox have been dating since March 2020.

5. Chrissy Teigen wants to apologise for being a bully.

Chrissy Teigen wants to apologise for being a bully.

In a lengthy Twitter thread shared on Thursday, the model and television personality publicly apologised to Courtney Stodden after being accused of cyberbullying. 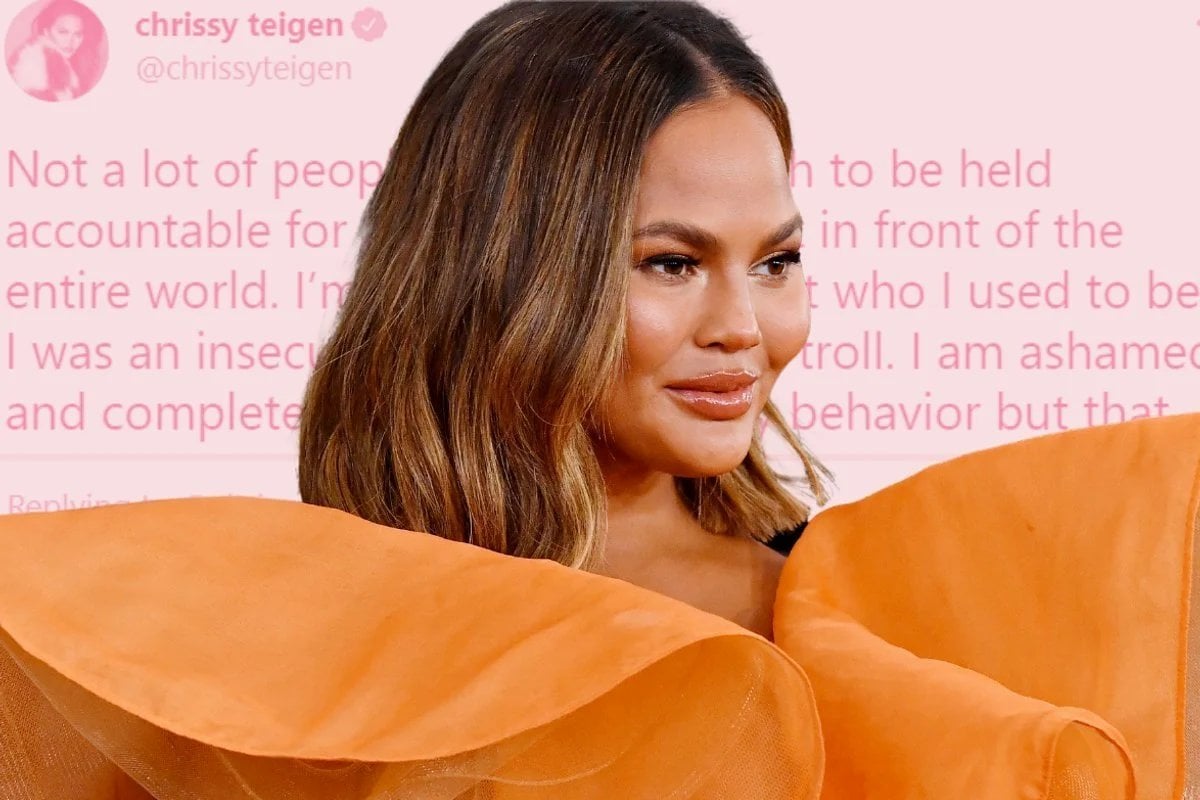 "Not a lot of people are lucky enough to be held accountable for all their past bulls**t in front of the entire world," Teigen shared.

"I'm mortified and sad at who I used to be. I was an insecure, attention seeking troll. I am ashamed and completely embarrassed at my behaviour but that is nothing compared to how I made Courtney feel," she continued.

"I have worked so hard to give you guys joy and be beloved and the feeling of letting you down is nearly unbearable, truly. These were not my only mistakes and surely won’t be my last as hard as I try but god I will try!"

Here's how the controversy first unfolded.

What did Chrissy Teigen do?

Chrissy Teigen's public apology comes just months after the 35-year-old took a temporary break from Twitter because she couldn't "block out the negativity."

"The platform no longer serves me as positively as it does negatively, so with that I bid you adieu," she shared on Instagram in March.

At the time, Courtney Stodden called Teigen "hypocritical" for quitting the social media platform, sharing a screenshot of one of Teigen's old tweets towards Stodden.

"What a shame Chrissy Teigen is leaving Twitter... it's too 'negative' for her #chrissyteigen #bully," Stodden, who identifies as non-binary, wrote.

Stodden originally came to fame as a teenager in 2011. At the time, Stodden, then 16, controversially married actor Doug Hutchison, then 51.

In the years that followed, the couple appeared in a number of reality shows, facing waves of online harassment from the media and even celebrities. 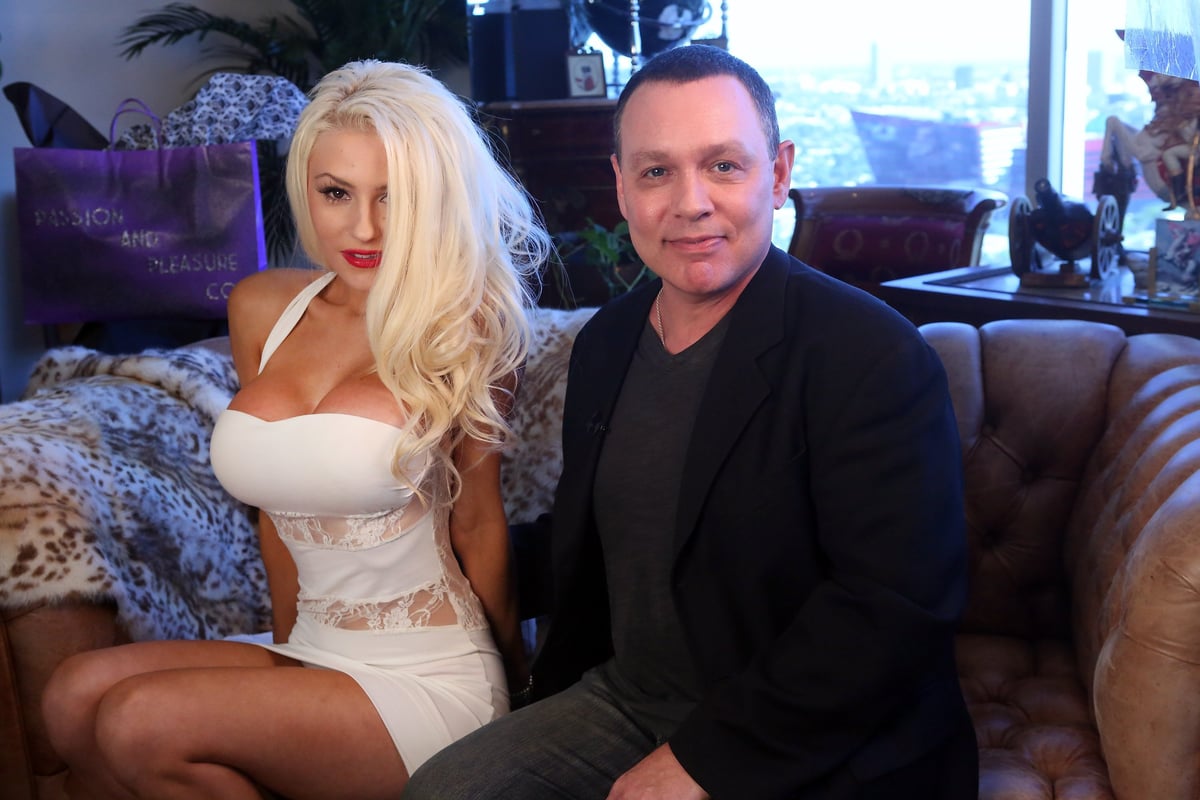 In a recent interview with Daily Beast, Stodden was asked about their experiences of online harassment during that time.

During the interview, Stodden claimed that Teigen had posted multiple tweets about them, and even sent them direct messages on the app.

"She wouldn’t just publicly tweet about wanting me to take 'a dirt nap' but would privately DM me and tell me to kill myself," they said. "Things like, 'I can’t wait for you to die.'"

In screenshots from that time period, which were recently resurfaced by Buzzfeed, Teigen called Stodden "an idiot" and "effing weird", and told them to "go to sleep forever."

"It was just so hypocritical of her," Stodden told Daily Beast.

For more, you can read the full article here.