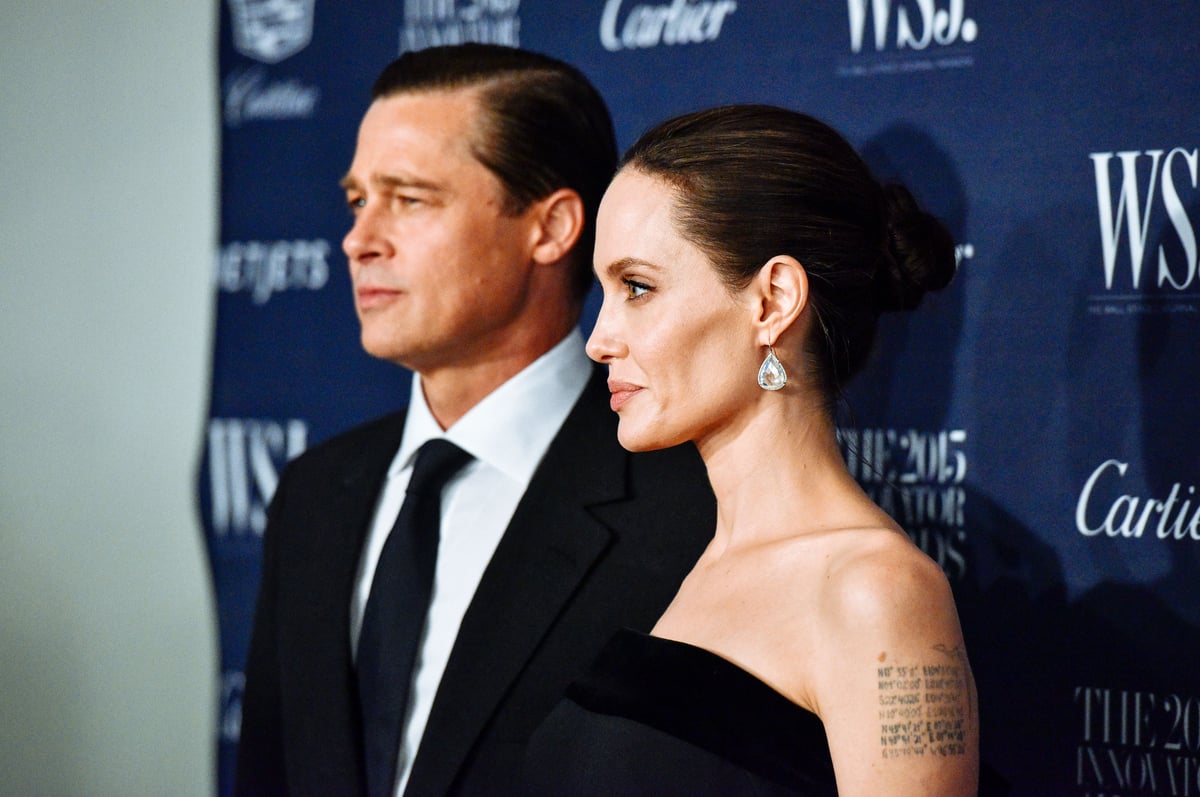 Angelina Jolie and Brad Pitt's separation has been anything but a smooth process since it began, back in 2016.

According to Us Weekly, the documents, which were filed on Friday, March 12, state that Jolie and their children are willing to offer "proof and authority in support" of these allegations against Pitt. The actress also agreed to provide testimony, along with the "testimony of minor children".

And this week, in an interview with the Guardian to promote her new book: Know Your Rights, a guide for young people, the actress shared exactly what inspired her to write the book.

"I’ve met too many children who live with the effect of their rights being violated – displaced people, young rape victims. I couldn’t understand why they were still fighting for basic things that were their rights to begin with. It made me very angry...

"Then I had an experience in the States with my own children and I thought... well, human rights, children’s rights," she said.

When the journalist, Simon Hattenstone pressed her on what it was that made her fear for the safety of her children, Jolie apologised: "I... I’m still in my own legal situation... I can’t speak about that."

"Nod if you’re talking about the divorce and allegations," Hattenstone instructed Jolie, to which the star did.

Did she fear for the safety of her children - Hattenstone clarified.

"Yes, for my family. My whole family."

While these are serious allegations, a source close to the family suggests Jolie's filing is nothing more than an attempt to "hurt" Pitt.

"Over the past four and a half years there have been a number of claims made by Angelina that have been reviewed and not substantiated," the source told Us.

"The children have been used by Angelina to hurt Brad before and this is more of that behaviour. This leaking of documents by her fourth or fifth set of lawyers has been done to hurt Brad."

Pitt and Jolie share six children - Maddox, 20, Pax, 17, Zahara, 16, Shiloh, 15, and 13-year-old twins Vivienne and Knox. The former couple have been battling over the custody of their children since their divorce was filed on September 20, 2016.

Days later, news broke that an altercation on a flight from Nice, France to Los Angeles had ultimately sparked the reason for the divorce. Pitt was drinking heavily and allegedly physically hurt their son, Maddox.

The Los Angeles Department of Children and Family Services and FBI investigated the case and cleared Pitt.

In January 2017, both parties announced they wanted to keep the divorce out of the public eye. However, both opened up about their personal feelings about the situation.

"I was really on my back and chained to a system when Child Services was called," he told GQ in May 2017. "And you know, after that, we've [he and Jolie] been able to work together to sort this out. We're both doing our best. I heard one lawyer say, 'No one wins in court – it's just a matter of who gets hurt worse.' And it seems to be true, you spend a year just focused on building a case to prove your point and why you're right and why they're wrong, and it's just an investment in vitriolic hatred,"

While Jolie shared with Vanity Fair that despite the complicated divorce and custody battle, the couple want the same outcome.

"We care for each other and care about our family, and we are both working towards the same goal," she shared.

Despite their personal admissions, the divorce continued. In August 2018, Jolie accused Pitt of not paying meaningful child support, which he denied and claimed he had paid her over $8 million. 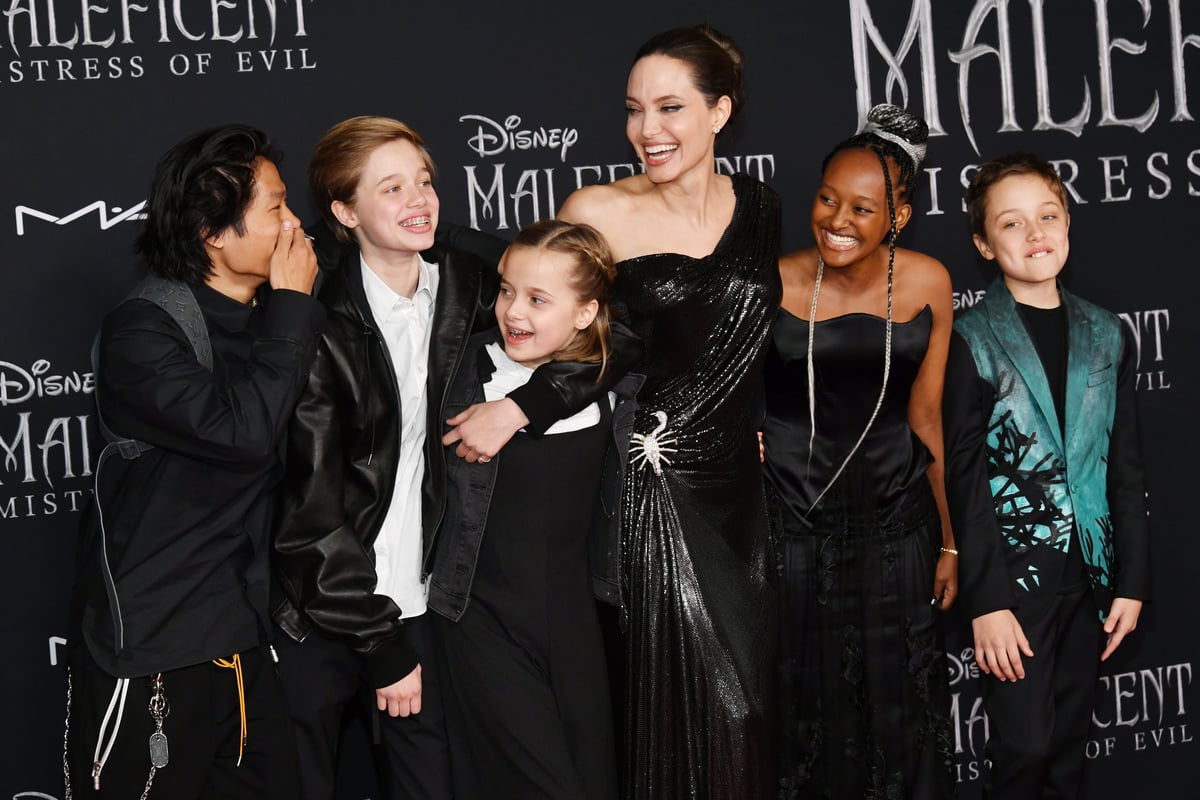 Angelina and their children in 2019. Image: Getty.

"The aim of Angelina’s routine court filing is to provide closure to the marriage in a way that clears a path toward the next stage of their lives and allows her and Brad to recommit as devoted co-parents to their children," the statement in the court filing read.

In April 2019, Jolie and Pitt legally “bifurcated” their marriage - meaning Jolie could drop Pitt from her surname and they could both be technically single while other areas of the divorce proceeding, including child custody and finances, continued. 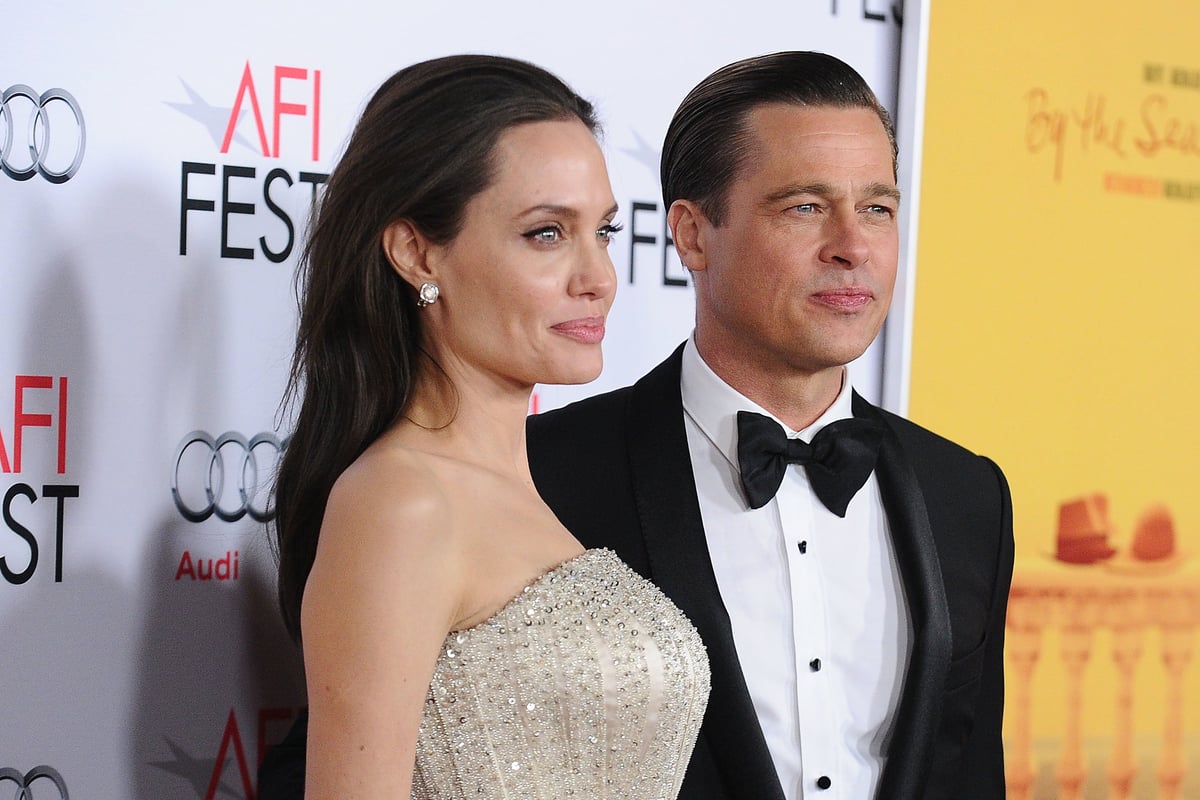 A year later, in August 2020, Jolie asked that Judge John W. Ouderkirk be replaced as he failed to mention his ongoing business relations with Pitt’s attorneys.

However, he refused, stating that she's known about that conflict all along (considering he officiated their wedding in 2014), and the court can decide whether or not to remove him.

Pitt's legal team filed their own documents stating that this action is nothing more than a "thinly veiled attempt by Jolie to delay the adjudication of long-pending custody issues in this case."

In February of this year, Jolie admitted that the ongoing divorce proceedings have been difficult.

"The past few years have been pretty hard. I’ve been focusing on healing our family. It’s slowly coming back, like the ice melting and the blood returning to my body," she told British Vogue.