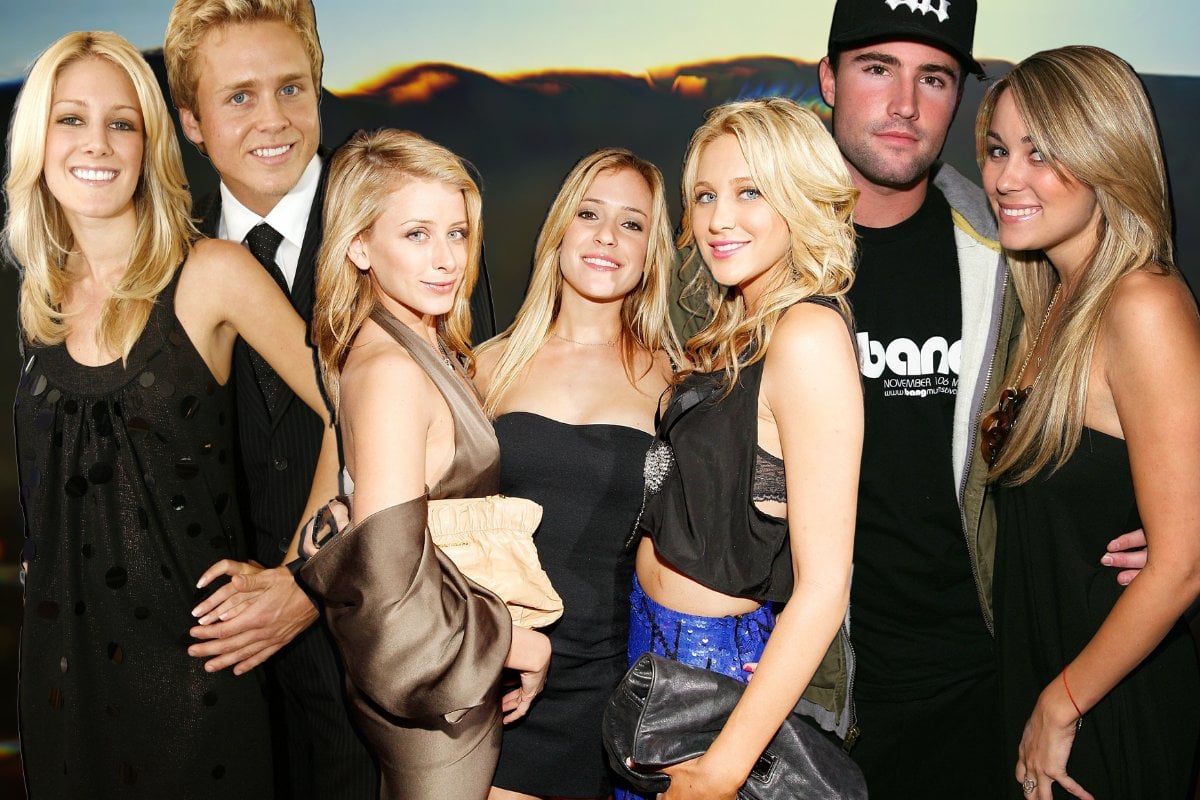 In the mid-00s, there was a group of friends in Los Angeles, California, that we all became mildly obsessed with.

Lauren Conrad, Audrina Patridge and Heidi Montag, to name a few, became household names because of their friendships, relationships and drama (so much drama) that regularly unfolded on the MTV reality TV show The Hills.

Watch the trailer for The Hills sequel, The Hills: New Beginnings. Post continues below.

Now, it's been almost 15 years since the first episode aired in 2006. So what have they all been doing?

Here's what the original cast of The Hills has been up to since the show ended. 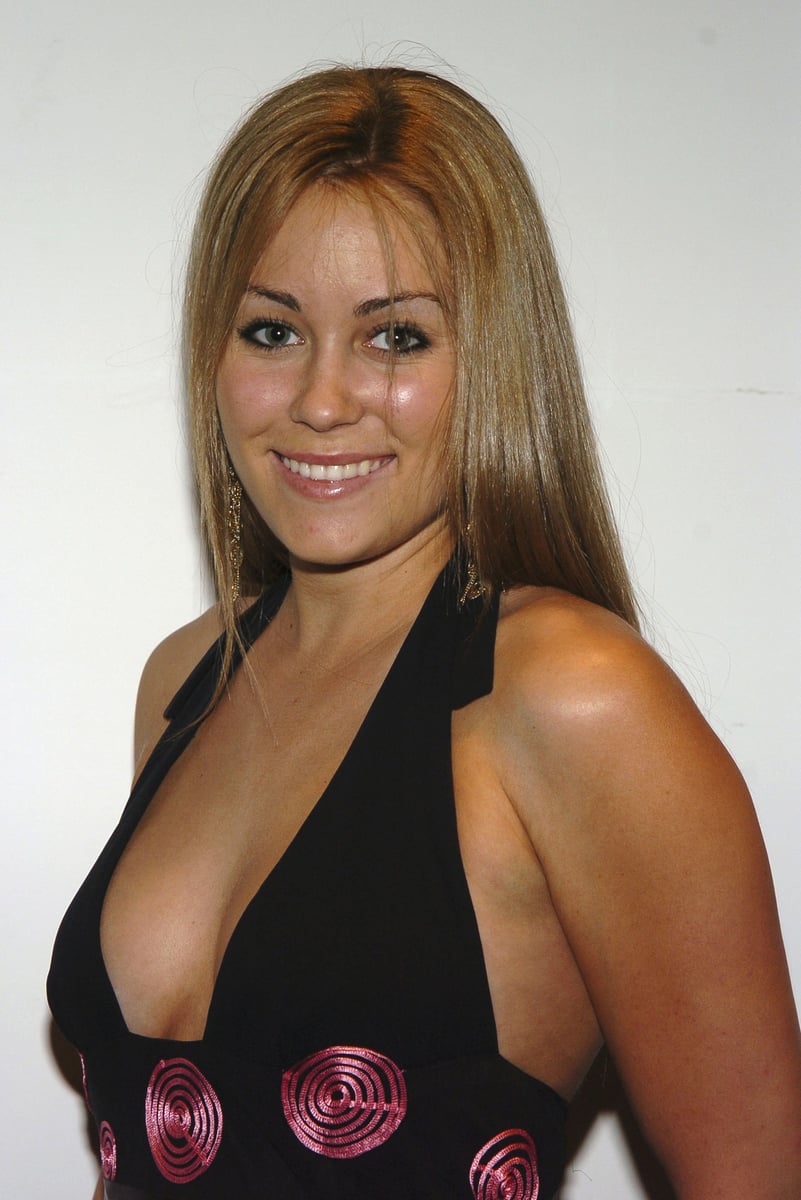 Since appearing on her first reality TV show, Laguna Beach, in her teens, Conrad went on to star as a lead character in the LA-based reality TV show, The Hills, but towards the end of the show, she decided that it was time to move on from television and start exploring some new career endeavours.

Since the show, Conrad has written seven books, including L.A. Candy which became a New York Times bestseller. She also opened an online boutique called The Little Market, which distributes handmade pieces created by women and started her own clothing line, LC Lauren Conrad.

In 2019, she started her own podcast, Asking for A Friend.

Personally, she has been married to musician, William Tell, since 2014 and they share two children, Liam and Charlie. 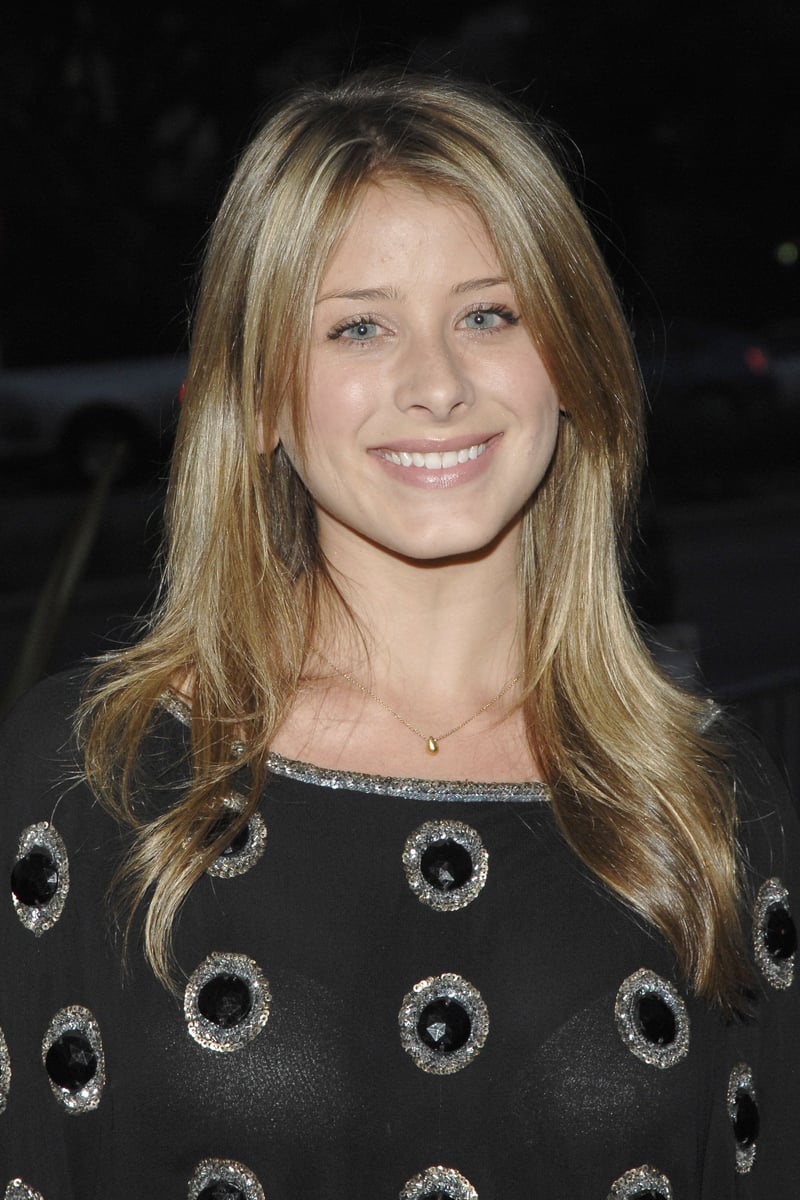 Ever so quietly, Lo Bosworth - who was Lauren Conrad's best friend on the show - has created a beauty empire.

Since reality TV, she started her own website in 2010 called The Lo Down by Lo Bosworth, and then released a book of the same name in 2011.

In 2013, she started her own YouTube channel that had mass success, and in 2016, she launched Love Wellness, a women's wellness and personal care brand. According to The Cut, the brand was making over eight figures in revenue in 2019.

In March 2021, Bosworth shared on Instagram that she suffered a traumatic brain injury caused by a restaurant door falling on her head in 2019.

These days, Bosworth continues to work as the CEO of Love Wellness. And not so quietly, she prefers this life to the one she had before.

"I own and operate a business, go to work every day, and have built a normal life for myself," Bosworth told The Cut in April.

"It’s better than what I experienced before. I can never take back being in the public eye. I can only manage it on an ongoing basis by being the best person for myself and other people. My life is so much better now." 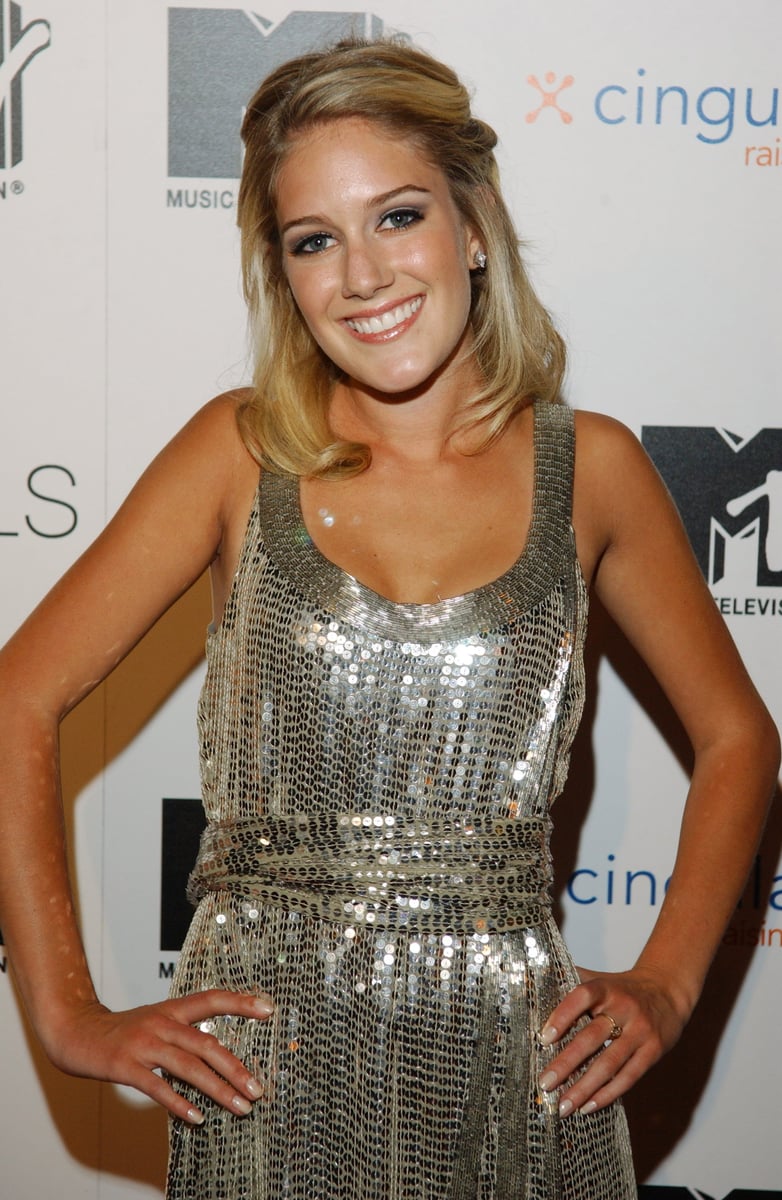 During the fourth season of The Hills, in November 2008, Heidi Montag married her co-star and boyfriend Spencer Pratt in Mexico, then held a ceremony in April 2009. Later that year, they both appeared on I'm a Celebrity... Get Me Out of Here.

In 2010, Montag released her debut album Superficial. In 2011, she appeared on the reality cooking series Famous Food and two years later, she and Pratt competed on Celebrity Big Brother, followed by an All-Star season in 2017.

In October 2017, the couple welcomed their son Gunner.

These days, both she and Pratt appear on The Hills sequel, The Hills: New Beginnings and Montag has returned to music, releasing a Christian Pop single titled 'Glitter and Glory'. 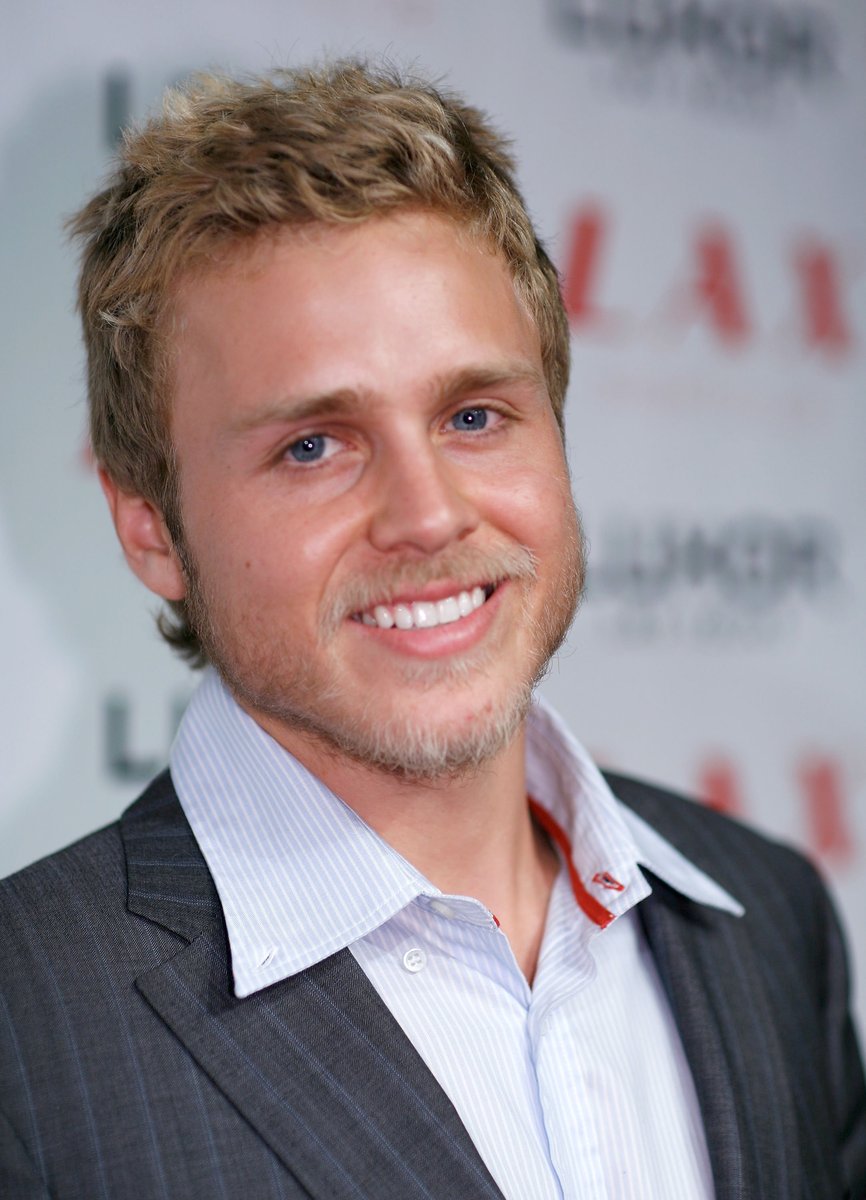 Similar to his wife, Spencer Pratt has continued on in reality TV, appearing on various shows with his wife including Celebrity Big Brother and The Hills sequel.

In a preview for season two of The Hills: New Beginnings, Pratt and Montag announce they are trying for a second child. 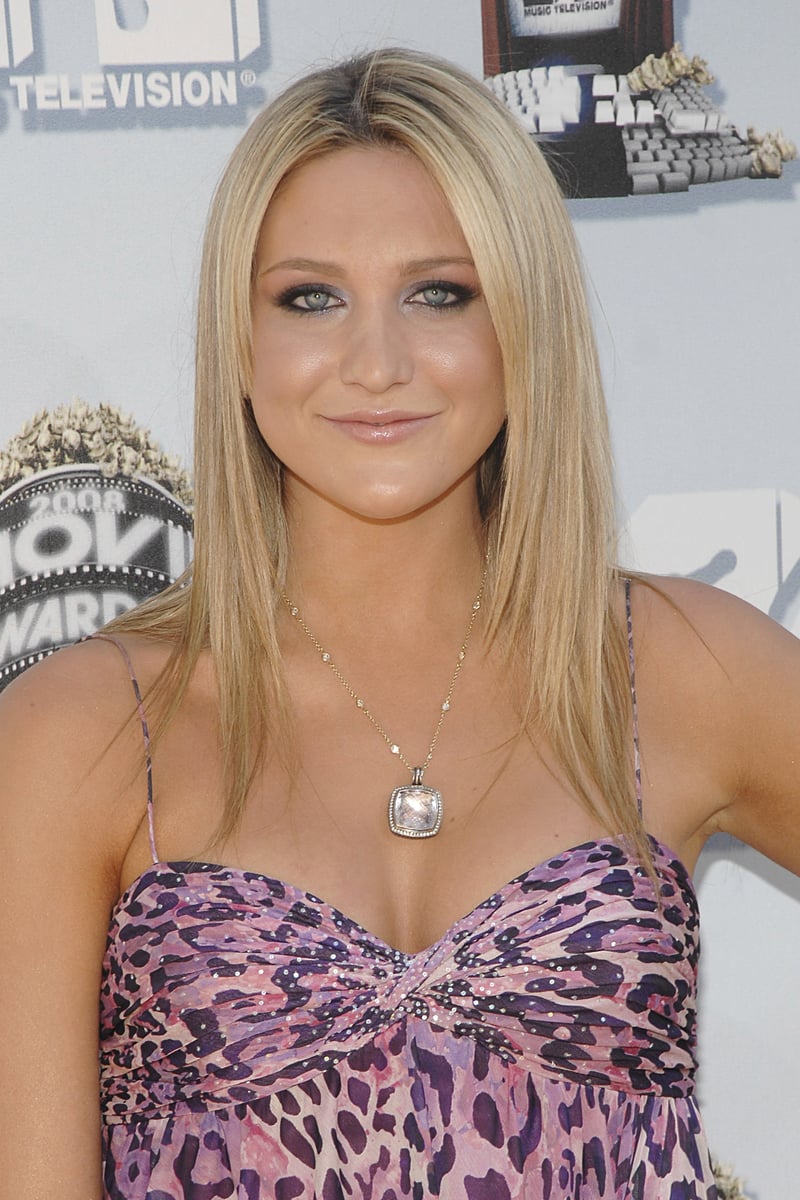 After a whirlwind time on The Hills, Stephanie Pratt, Spencer Pratt's sister, moved from California to the UK. In 2013, she appeared on various UK reality TV shows including Celebrity Big Brother and Made in Chelsea.

After a break from the show, Pratt returned to Made in Chelsea during its eighth season and started a relationship with her co-star Josh Shepherd. However, they ended their relationship in 2015.

In 2019, she announced she was joining the cast of The Hills sequel, however, does not appear to be returning for season two.

In April 2021, new drama unfolded between Stephanie Pratt, her brother Spencer and his wife Heidi Montag.

After Montag uploaded a photo of herself in a bikini to her Instagram story, Stephanie Pratt commented: "Yay Heidi’s pregnant!! I hope she has a little girl this time."

After fans asked whether Montag was pregnant, Spencer Pratt replied: "Heidi is not pregnant. Just being body shamed."

The complicated relationship between the Pratt siblings and Montag is nothing new.

In 2021, Spencer Pratt said that his sister would not be in his son's life.

"I have the same relationship and opinion about my sister as I did in 2005," Pratt said on the Juicy Scoop podcast. 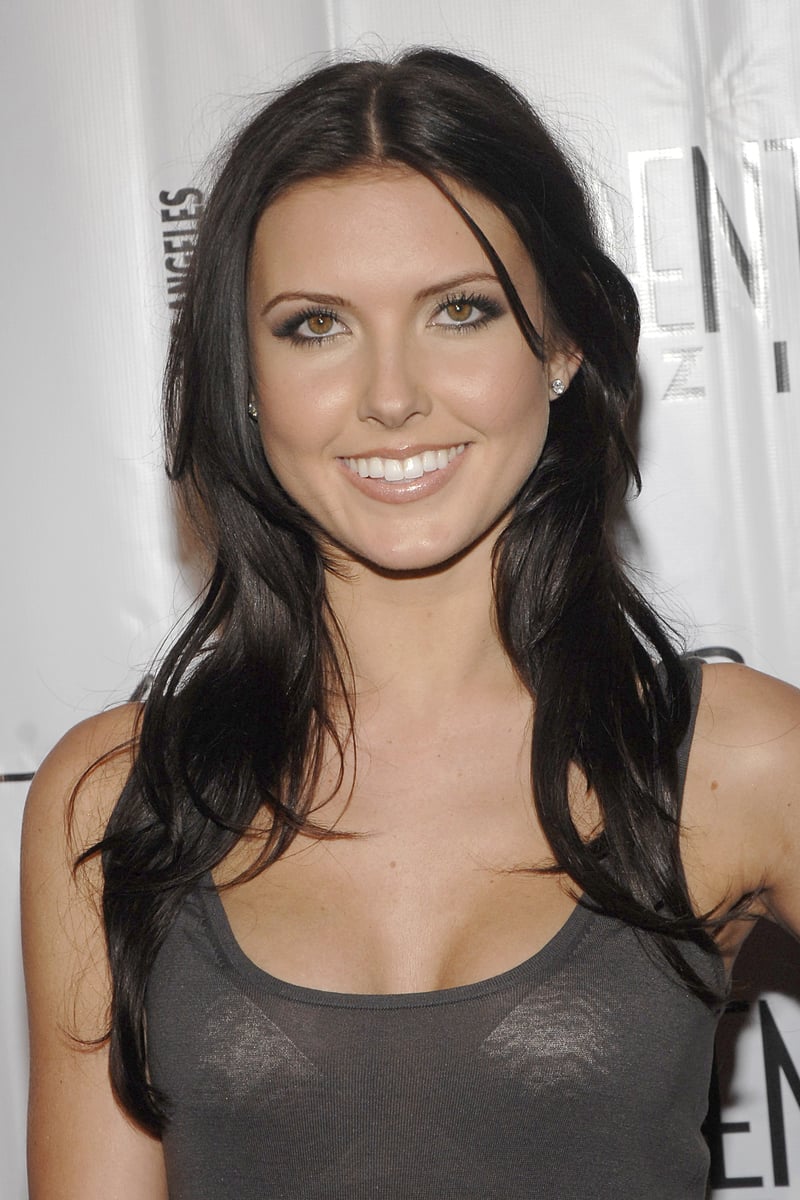 After The Hills ended, Audrina Patridge landed her own spinoff show aptly titled Audrina. But the show was cancelled after one season.

In the years following, Patridge appeared in multiple movies (including Sorority Row and Into the Blue 2: The Reef) and competed on Dancing With the Stars. From 2014 to 2015, she hosted the late-night travel show, 1st Look.

Personally, Patridge welcomed her daughter, Kirra, in 2016, with her then-boyfriend Corey Bohan. The couple married four months later, but she filed for divorce in September 2017. On December 20, 2018, their divorce was finalised. 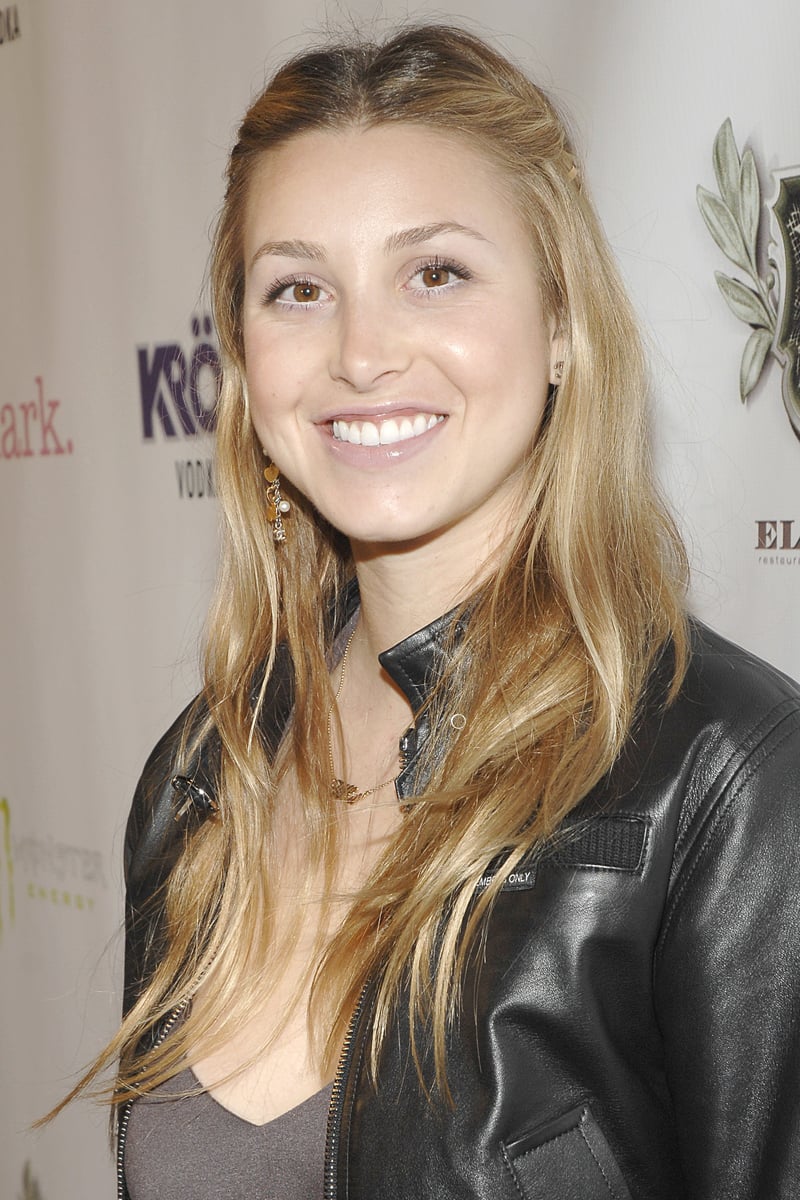 In 2008, Whitney Port left The Hills when she moved to New York City and landed her own spinoff reality TV show, The City. The show aired for two seasons.

In 2009, Port launched her own fashion label, Whitney Eve.

On a personal note, Port married The City producer Tim Rosenman in November 2015. The couple welcomed their first child, Sonny, in July 2017. During COVID-19, the couple became popular after they started filming their reactions to Port's early episodes on The Hills.

She also appears on The Hills sequel. 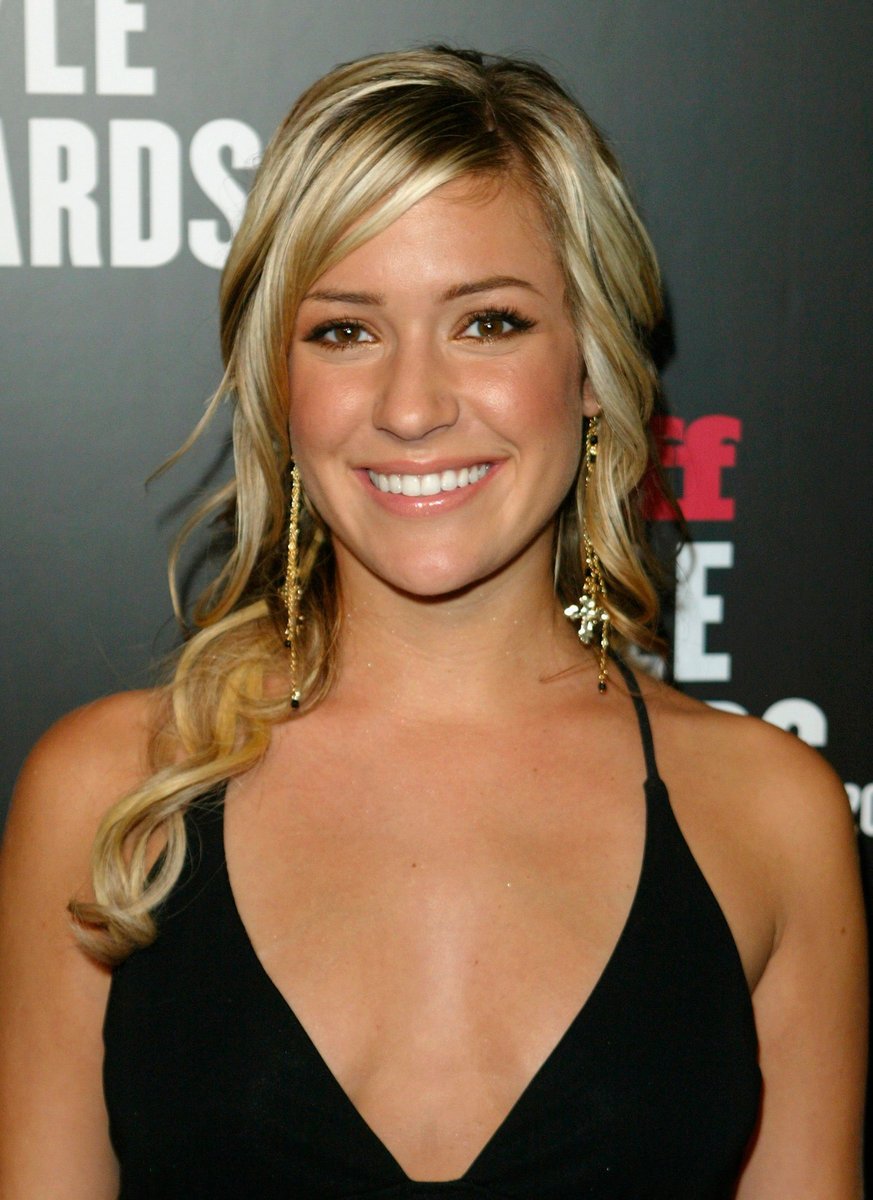 In 2009, Kristin Cavallari replaced Lauren Conrad as narrator of The Hills and continued on the show for the following and final two seasons.

Once the show ended, Cavallari appeared on Dancing With the Stars and various TV shows (including Veronica Mars and CSI: NY) in guest roles.

Since 2018, Cavallari has starred in her own reality TV show, Very Cavallari, which follows both her family life and professional life as the owner and boss of her jewellery label, Uncommonly James. However, in May 2020, she announced that the show would not be returning.

After seven years married, Cavallari announced her split from her husband, NFL quarterback Jay Cutler, in April 2020. They have three children together. 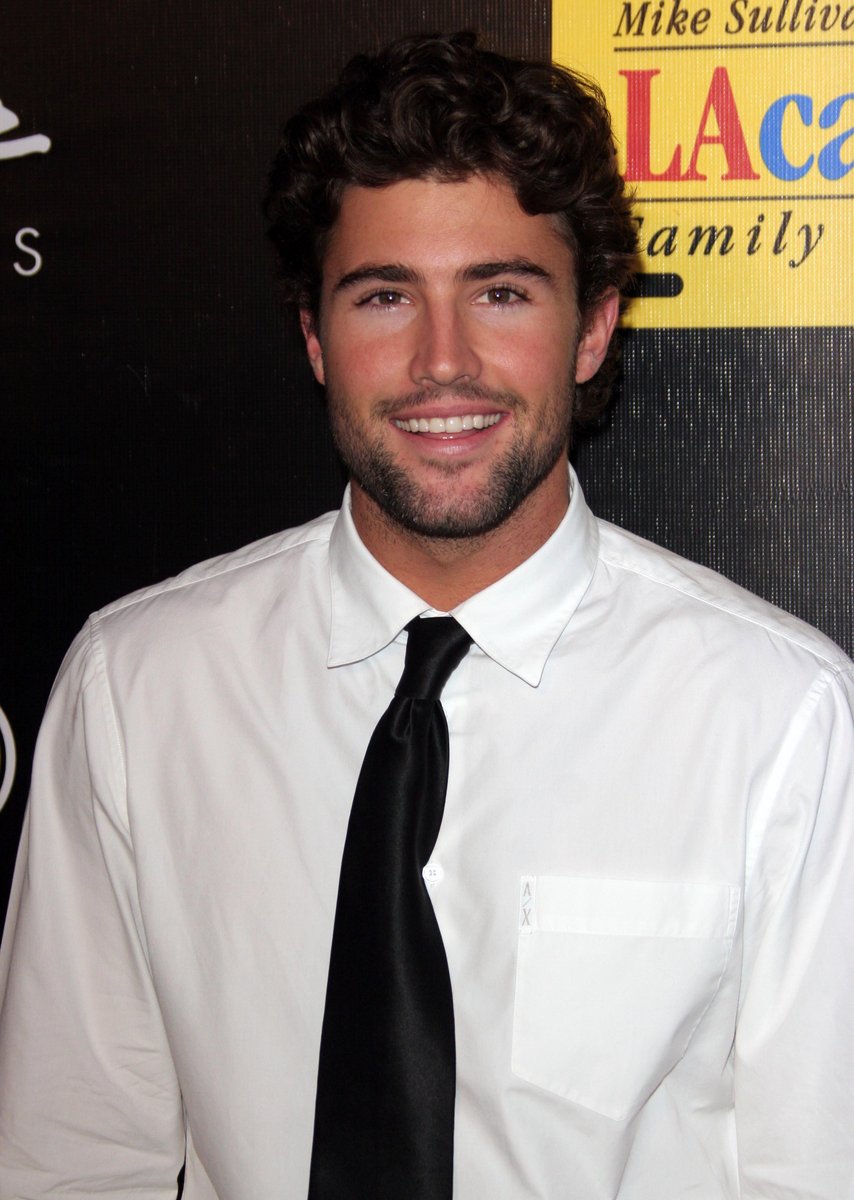 Brody Jenner has always been in the spotlight. With two famous parents, Linda Thompson and Caitlyn Jenner, and famous step and half-sisters, the Kardashians, Jenner's name has always been known.

In 2016, Jenner proposed to his girlfriend Kaitlynn Carter in Bali, Indonesia. And two years later, the couple tied the knot in an intimate ceremony at the same location.

Jenner later confirmed that he and Carter were never legally married in the US. In 2019, the couple split after five years together. Shortly after they separated, Carter was spotted kissing Miley Cyrus on an overseas holiday.

This week, in a preview for season two of The Hills sequel, The Hills: New Beginnings (that both Jenner and Carter will star in), Jenner opened up about the situation for the first time.

"The whole lesbian thing was gnarly because in our entire relationship, you never expressed that you had any interest in females whatsoever," Jenner said to Carter.

"I think I had never met somebody that I was into," Carter replied. 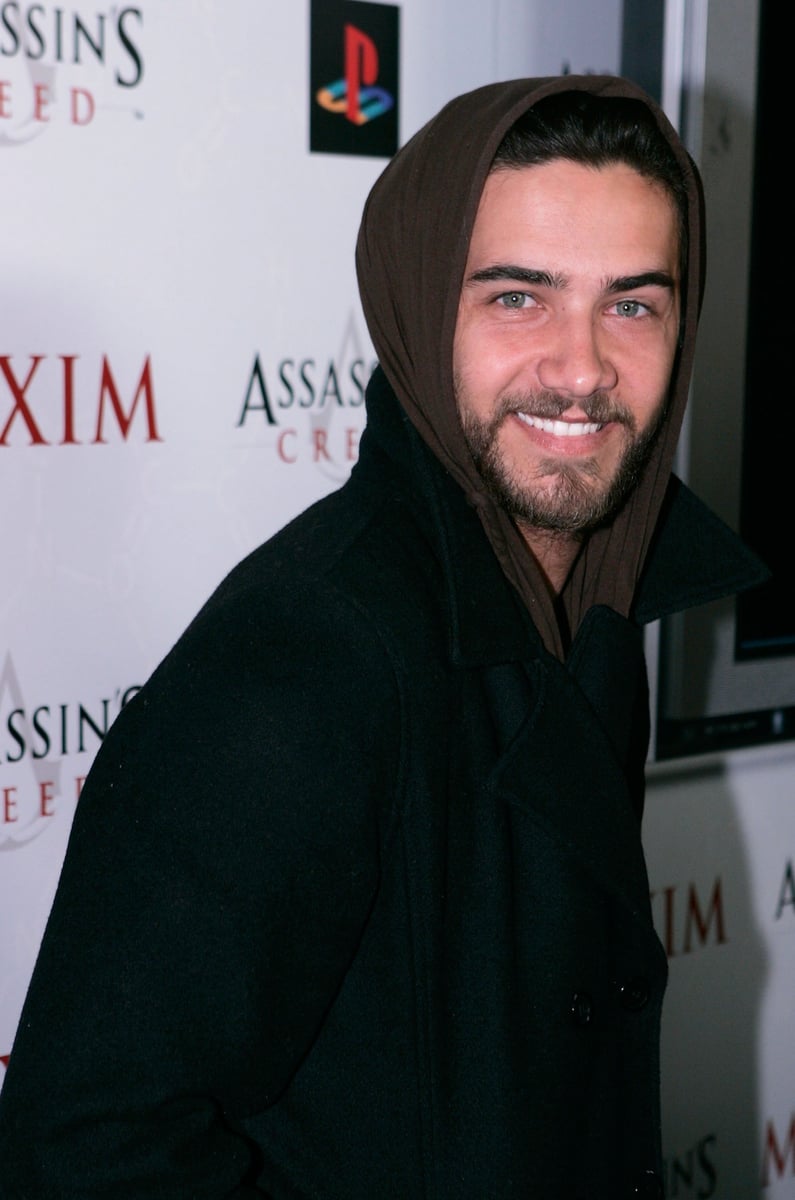 Justin Brescia, otherwise known as Justin Bobby, was one of the lesser-known cast members. You'll remember him from his on-and-off relationship with Audrina Patridge on the show.

Since it finished up, Brescia launched his own line of haircare products called BRUSH by Justin Bobby Brescia.

Now you'll see him in both seasons of The Hills sequel but not on social media. 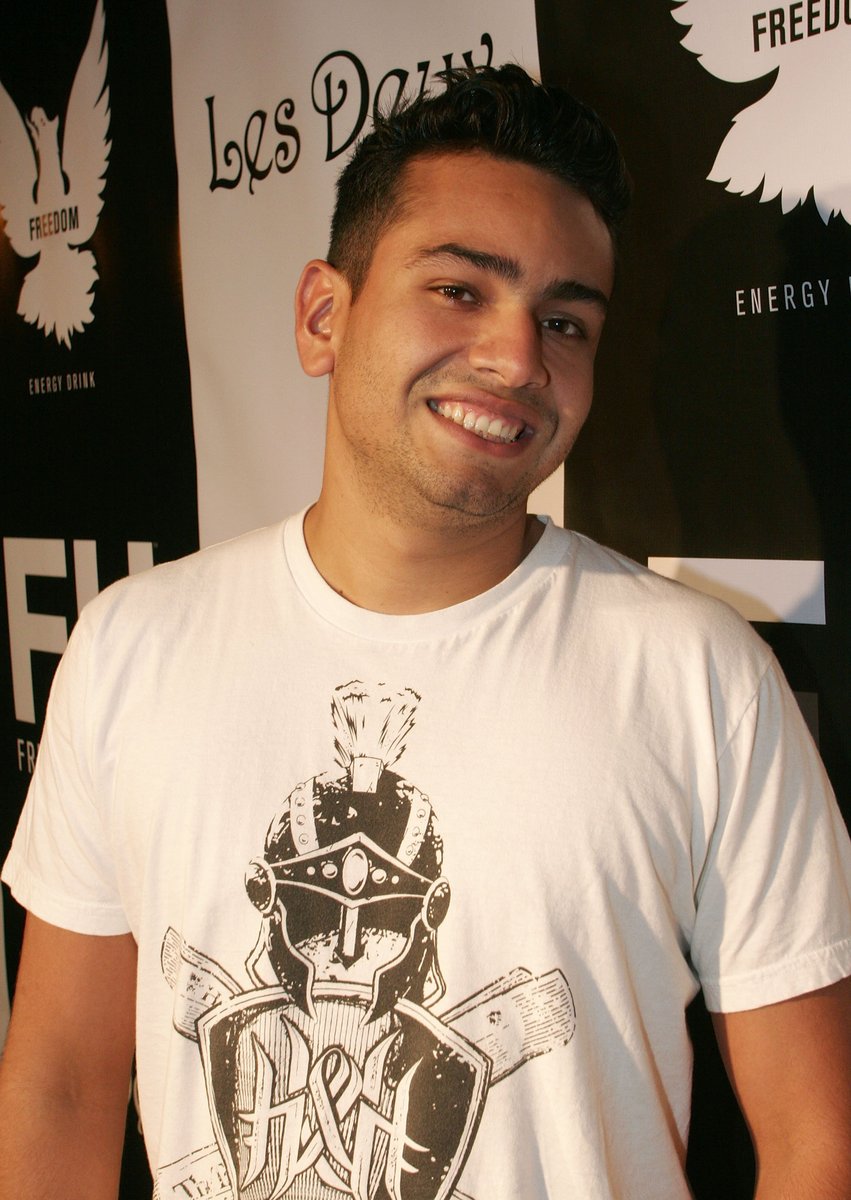 After appearing on The Hills, Delgado started a family. In 2013, he married Jennifer Acosta, and the following year they welcomed their first child, Isabella. In 2016, they welcomed a son, Francis.

He's also appearing on The Hills sequel (which you can watch both seasons of on Stan).